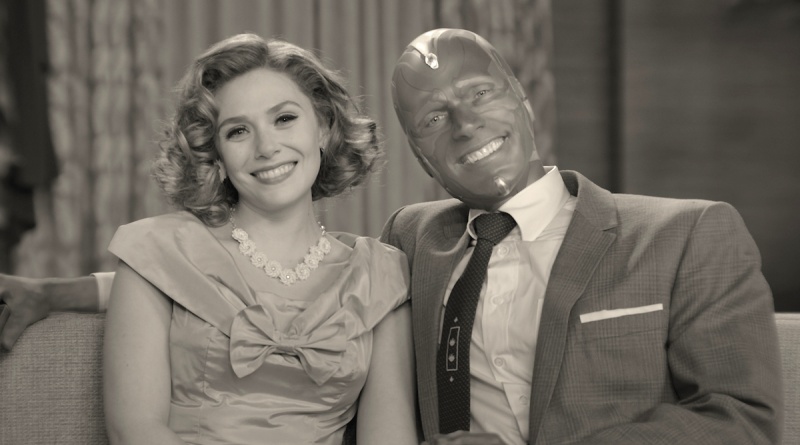 We’re getting closer to the premiere of the first Disney+ Marvel Cinematic Universe show with WandaVision on Jan. 15. The latest trailer features one of the theme songs composed by Frozen’s Kristen Anderson-Lopez and Robert Lopez.

Marvel Studios’ WandaVision is a blend of classic television and the Marvel Cinematic Universe in which Wanda Maximoff and Vision—two super-powered beings living idealized suburban lives—begin to suspect that everything is not as it seems.

WandaVision’s episode count was also revealed and it’s going to be sizable for a smaller season with nine episodes. That will wrap the season just in time for the start of The Falcon and The Winter Soldier the following week.

At this rate it looks like Disney+ will have a slew of options for us in 2021 to satisfy our Marvel Cinematic Universe needs until whenever we get to see Black Widow on the big screen.

What do you think of this new trailer?