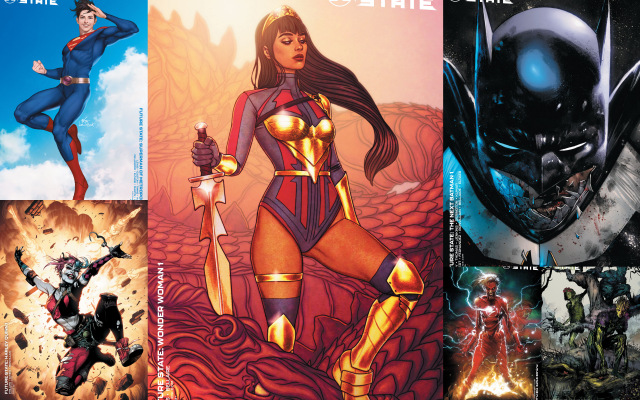 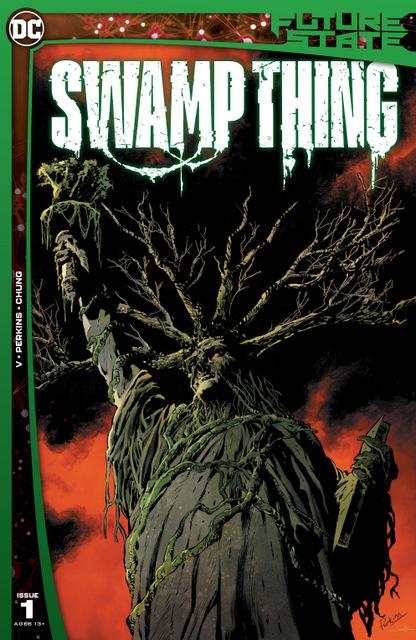 DC is using Future State to usher in a new slate of creative teams for most of its titles with a glimpse at a potential future. Fortunately for Justice League Dark fans, writer Ram V is attached to this Swap Thing saga ensuring it retains some level of consistency from the most recent take on the character.

This story occurs in a future where the DC heroes have seemingly moved on, died or are missing. There’s little traces left of humanity save for the remnants in Swamp Thing. To stave off loneliness, Swamp Thing created his own species with personality traits based off his recollections of humans. It’s an interesting take as some embody curiosity, bravery, division and skepticism. Swamp Thing wasn’t able to handle all the nuances for these personalities so the best and worst aspects frequently come out.

Things get even dicier when Swamp Thing’s allies make a discovery that could change everything and give them a mission to save the future.
Ram V has no trouble continuing the weirder and fascinating plot threads of Justice League Dark when he took over from James Tynion IV and Swamp Thing has that same vibe of magic, philosophy and adventure.

The appearance of another well known DC character is a surprise and an intriguing hook for next issue.

Mike Perkins handles the art this issue. Occasionally, Perkins’ human faces get rough and lack consistency from panel to panel. That’s not a problem here as he can play to his strengths of setting the appropriate tone with his perspective choices and layouts. June Chung’s colors brighten Perkins’ thicker line work creating a pleasing contrast.

In the opening week of Future State, DC has rolled out some engaging fresh stories featuring iconic characters in new settings. Swamp Thing might not immediately be on your radar, but Ram V and Perkins make a strong case this is one worth following.