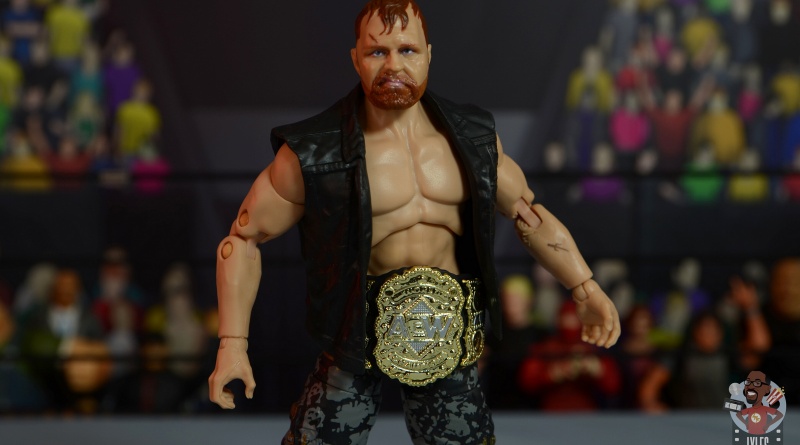 Jon Moxley has been a favorite of mine since he debuted in the WWE as the mouthpiece/leader of The Shield. Moxley’s AEW run has proven to be a revelation with one of the strongest string of title defenses against a variety of top contenders in years.

It was a little surprising Moxley wasn’t part of the first wave of Jazwares/Wicked Cool Toys’ AEW Unrivaled line, but that’s remedied now that the (former) champ is here.  Let’s see how Mox turned out.

Packaging:  This packaging is very simple yet the gold foil helps the line stand out on shelves. For this series Jazwares/WCT learned its lesson and used a better reference picture of Mox on the front. The side portrait is still way too tiny though. 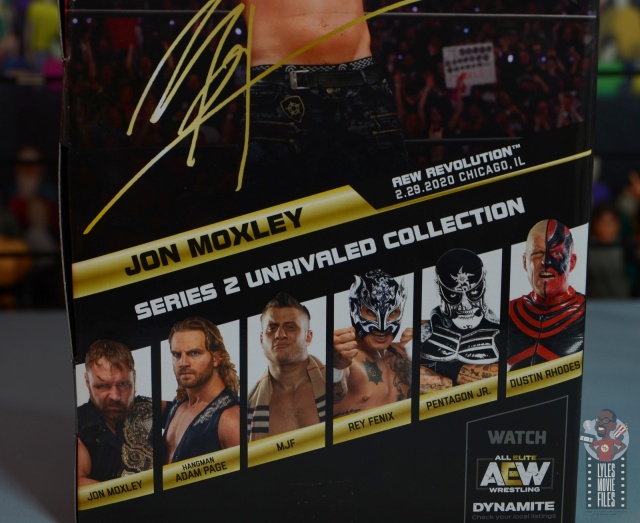 I like the picture and match reference on the back though I really wish there were some text like basic stats and a bio.

Likeness:  The sculpt really does a great job capturing Moxley’s sneer — once again, matching up perfectly with the reference photo — and it even includes the scar from his build-up to his world title match with Chris Jericho. 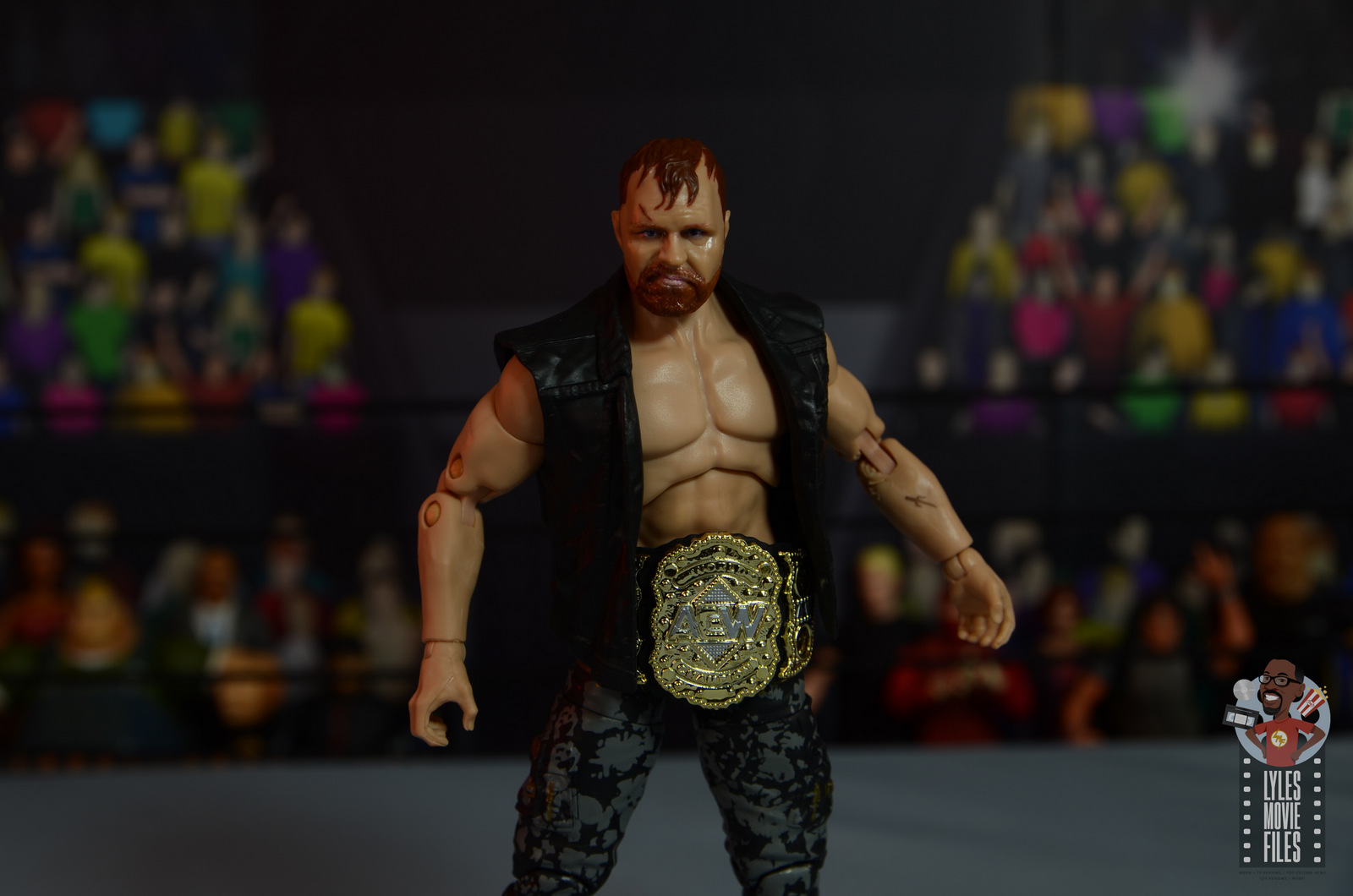 Moxley’s hair isn’t the easiest to replicate, but WCT/JW did impressive work capturing that disheveled look.

Moxley has been in pretty good shape during his AEW run and the figure utilizes a new torso to showcase his improved physique. I appreciate WCT/JW mixing up body types this early in the line. Not everyone needs to look the same and it goes a long way to enhancing the character likeness. 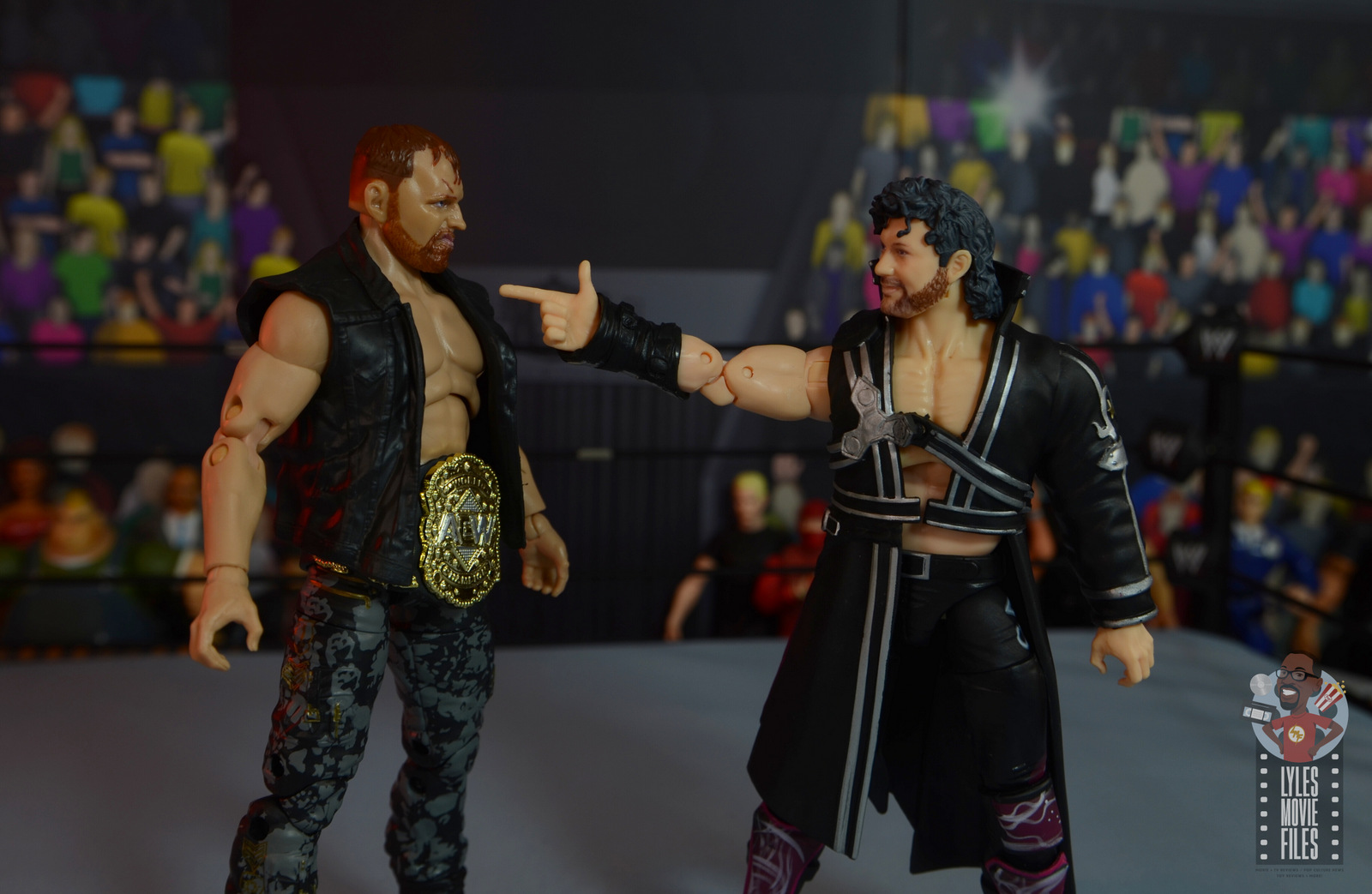 His pants are style properly as well with a little looseness without being too baggy. Moxley’s belt is also included in a welcome show of accuracy to the outfit. And they’re stuffed into his boots. The boots should be a tad shorter, which causes some issues in the next category.

Scale:  Moxley is 6’4” putting him taller than many of his AEW non-giant rivals like the 6’ Chris Jericho and Kenny Omega.  He’s my first one of the Wave 2 figures and he looks drastically different thanks to his more natural skin tone and larger head. 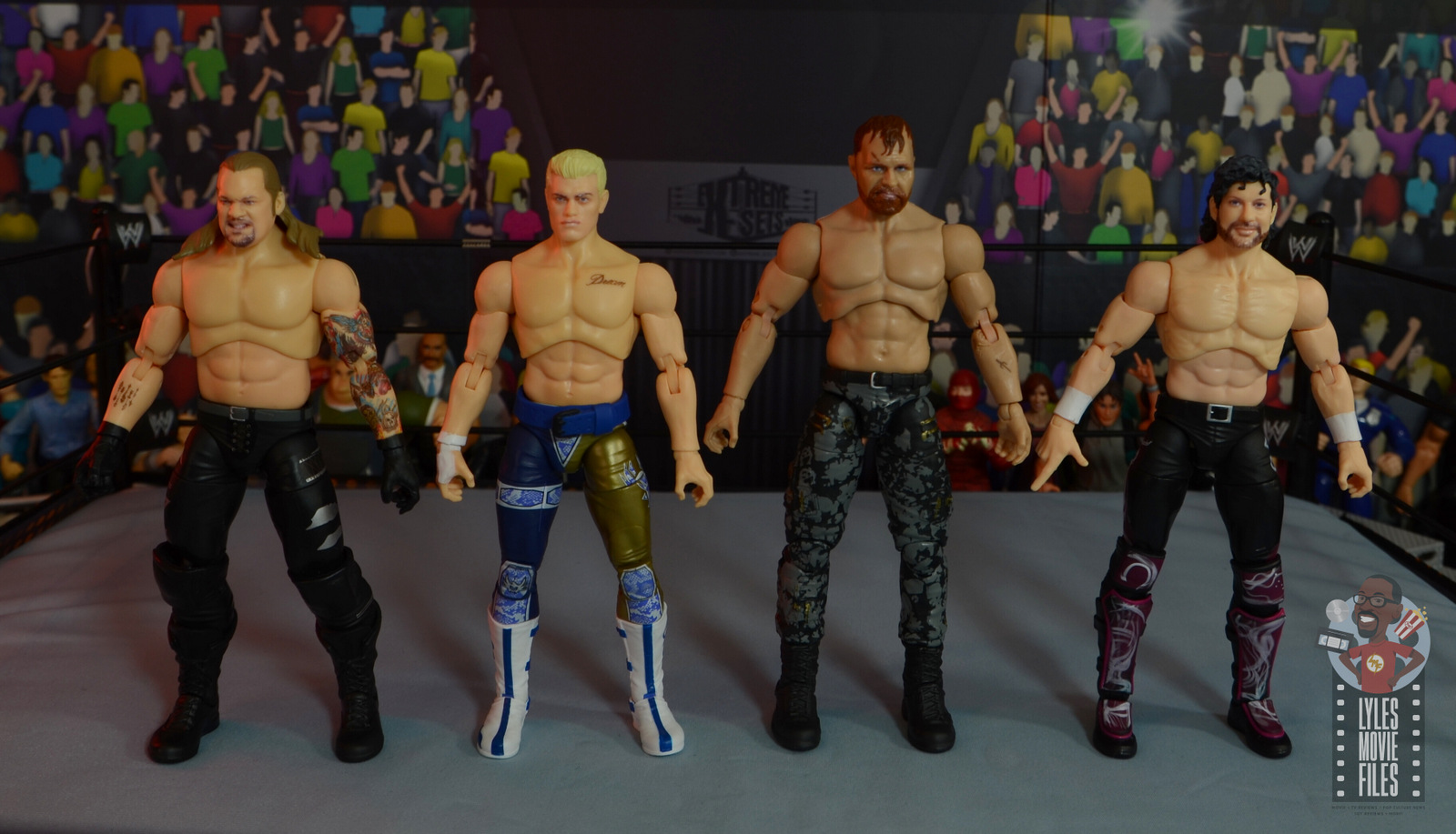 It’s a little concerning that the line is only into its second wave and already there’s some puzzling scale issues. I suppose this is better than Moxley being shorter than Jericho… 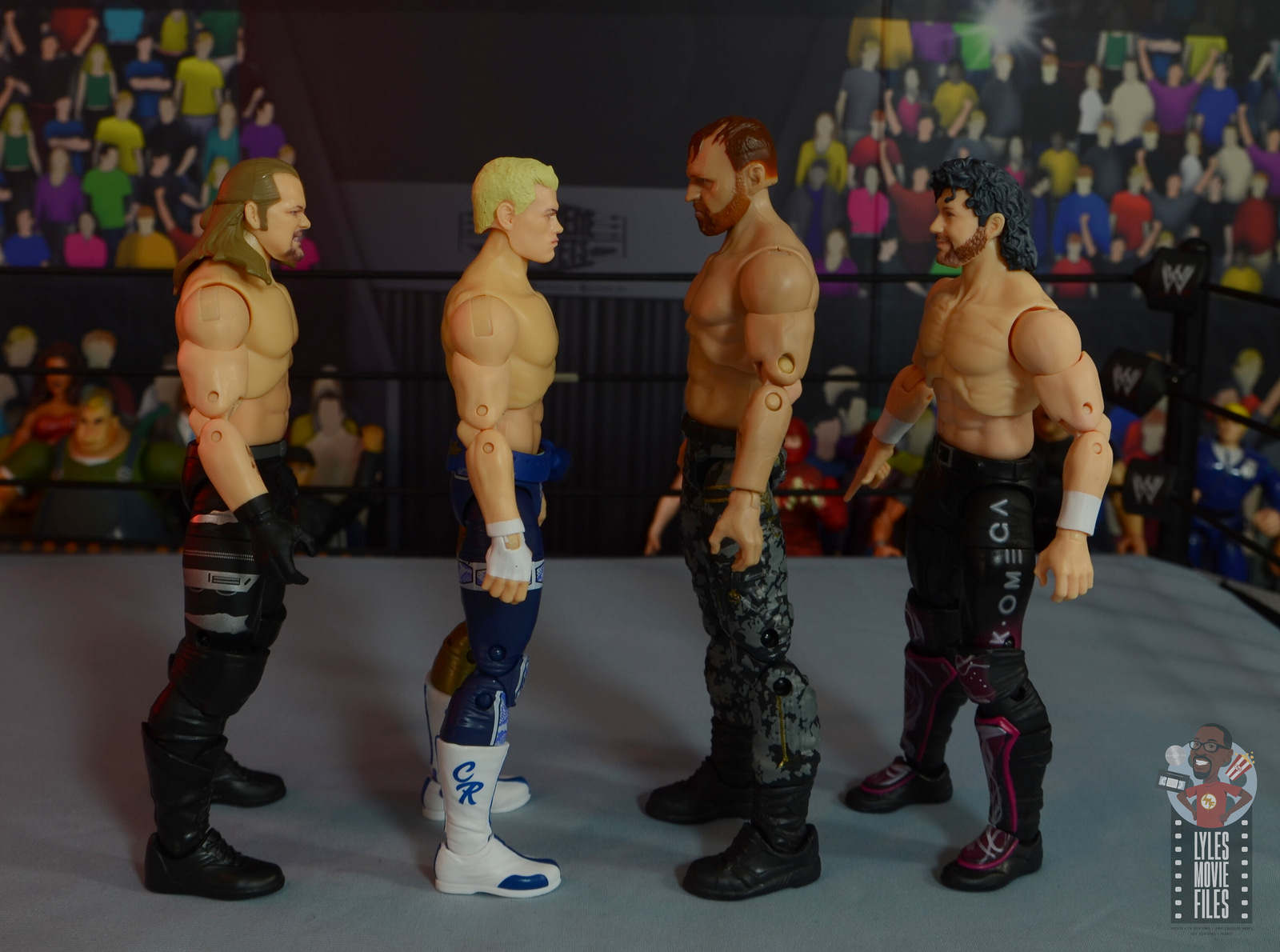 Moxley should be about half a head taller than Omega and Jericho. The big issue besides Mox’s head is he’s all legs. His legs extended much farther than the other figures. If they were shortened, he’d scale much better.

Paint:  Moxley’s skin tone isn’t ghastly white like the first series so that’s already a win. WCT promised that was an error that would get fixed and it’s nice to see that wasn’t just lip service.

At this scale, the work on the scar is exceptionally well done. It’s not just a simple red line that looks awkward on his face. It has a dark red paintjob that looks like it’s a still healing cut.

Moxley’s camo pants don’t have all of the gold lining around the waist section, but some is included in some of the pocket areas. It’s close enough that it looks accurate enough. 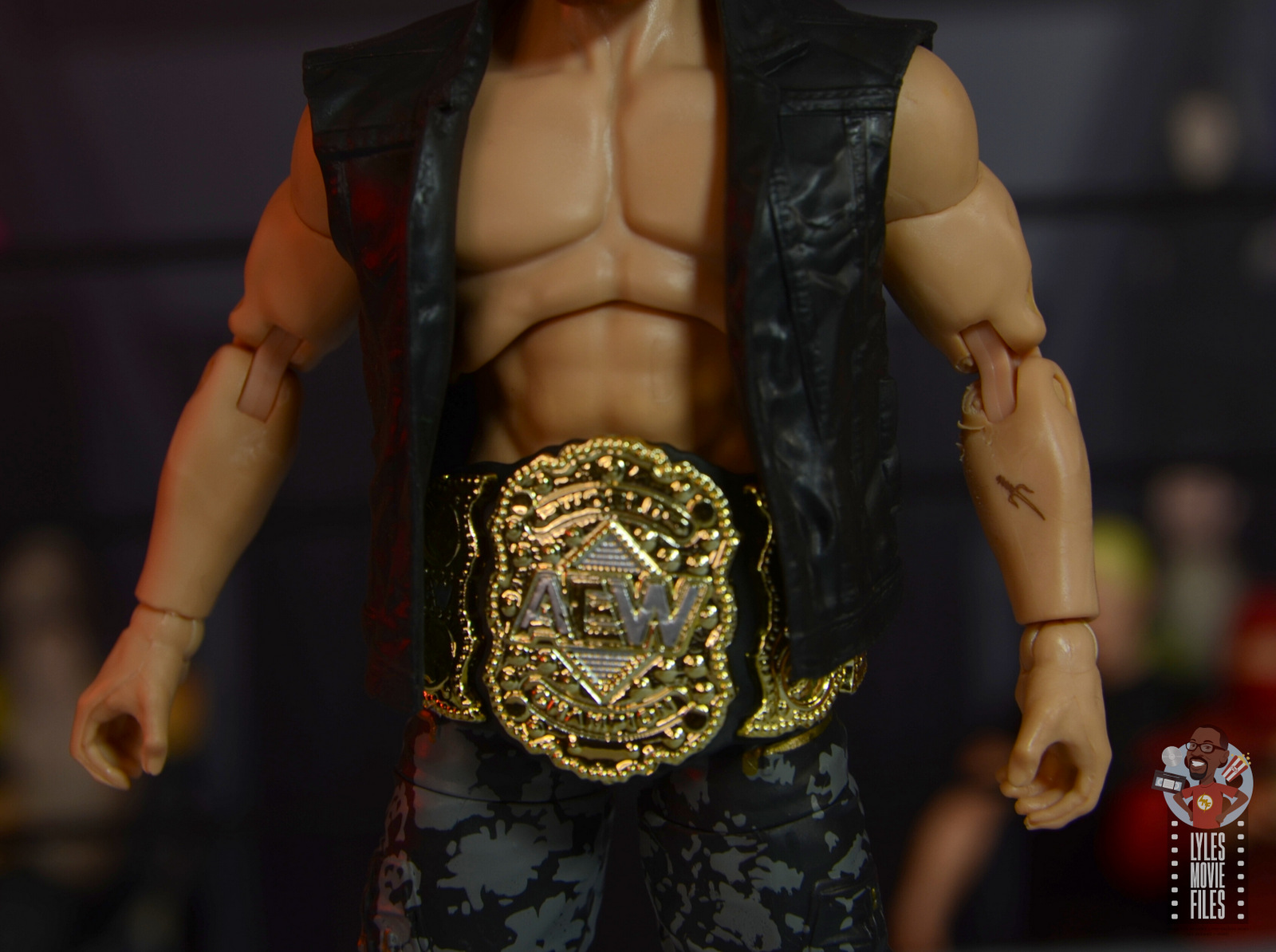 Articulation:  The Unrivaled articulation scheme is a step up from Mattel’s Elite line allowing for better range in moves. My figure had some floppy hip joints making his legs swing back and forth. This is a big difference from the impressively tight joints of the Wave 1 figures. 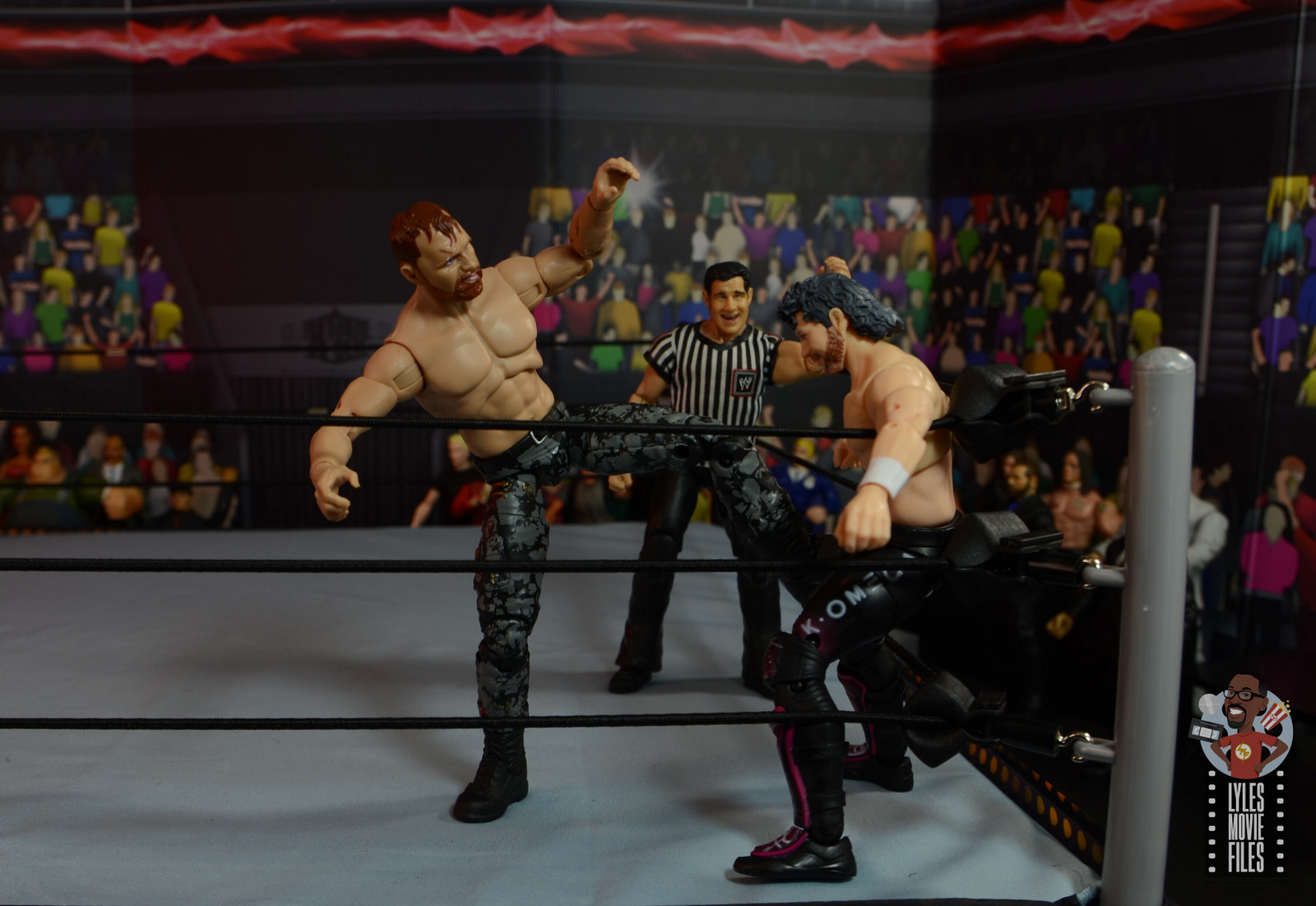 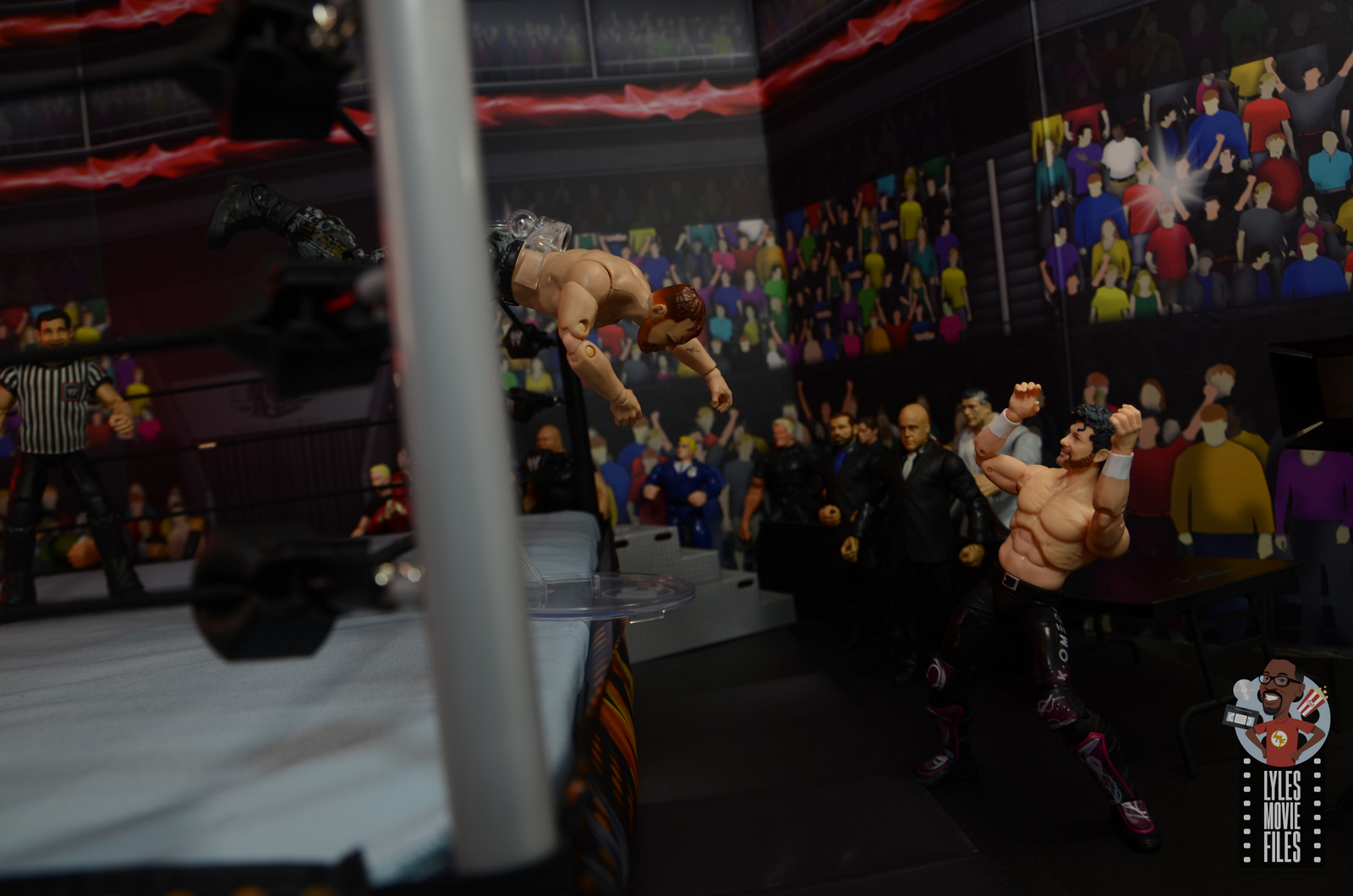 Even with this annoying “feature,” I still had a lot fun posing Moxley around with his various moves. 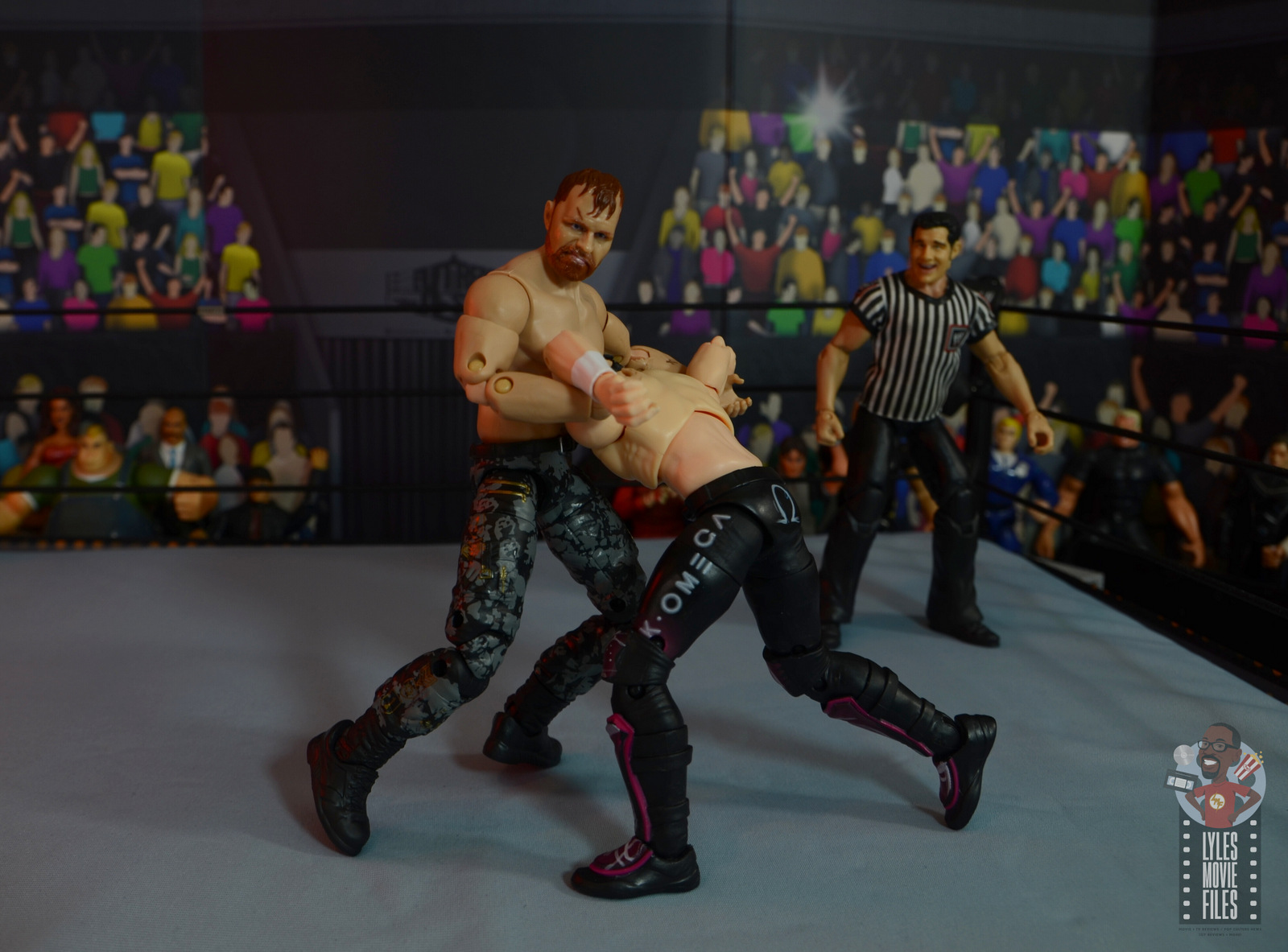 These figures are so much fun I wish they had just a bit more of a butterfly range to better execute submission moves. 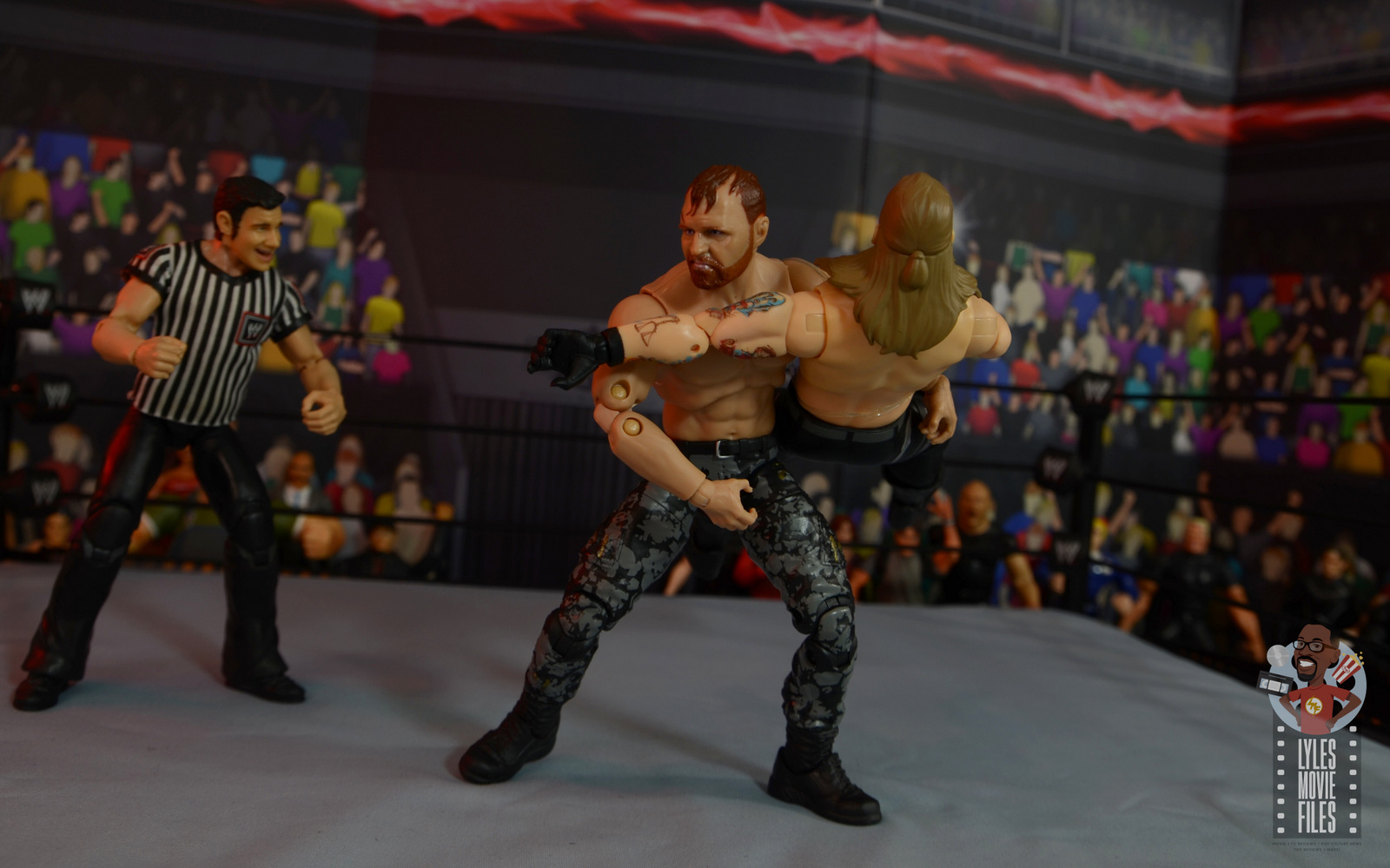 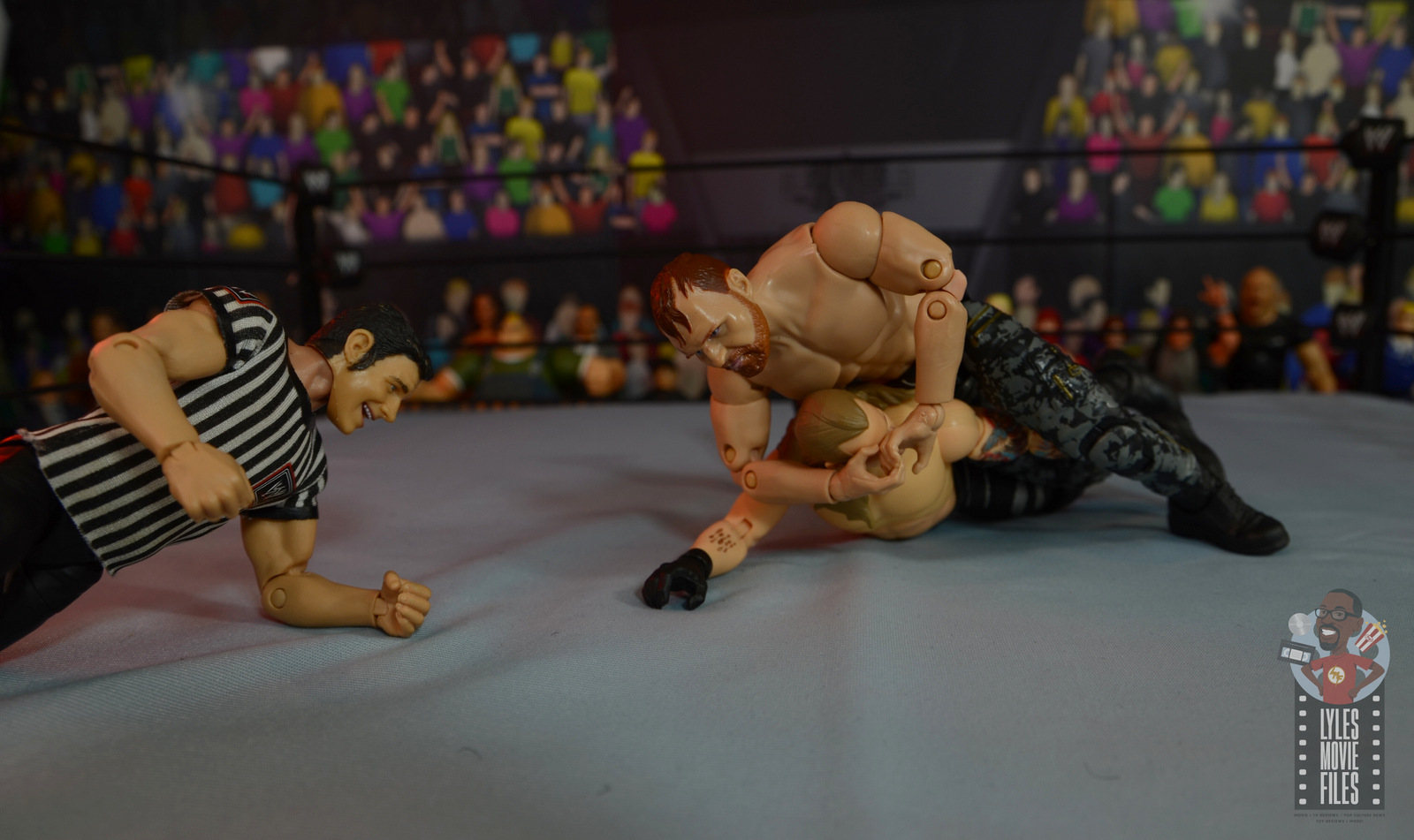 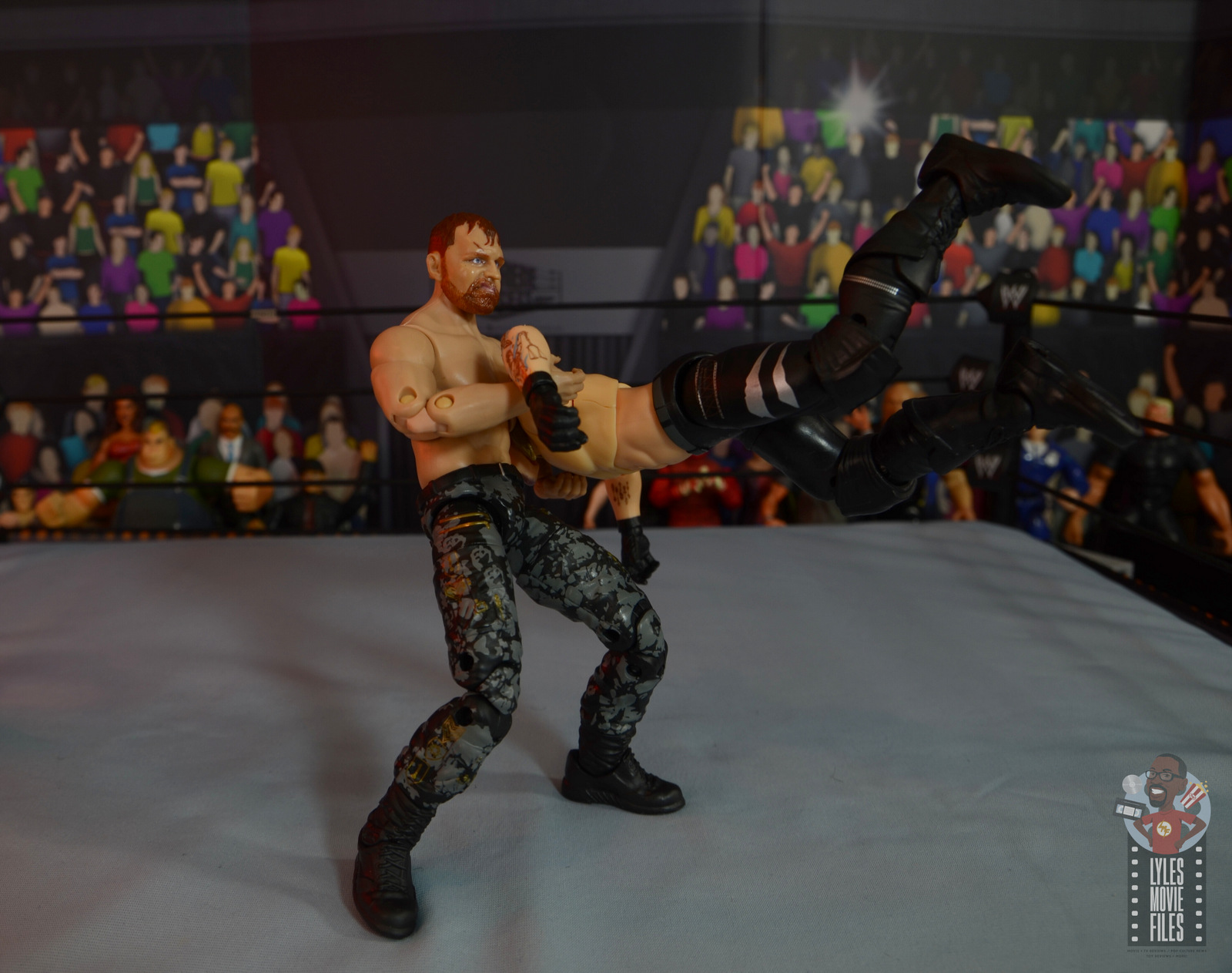 Accessories:  Moxley comes with his ring vest. It’s plastic, which is fine as it’s not impossible to take off. It’s missing some details like the silver buttons although that’s not a huge deal since Mox switches the vests up enough. 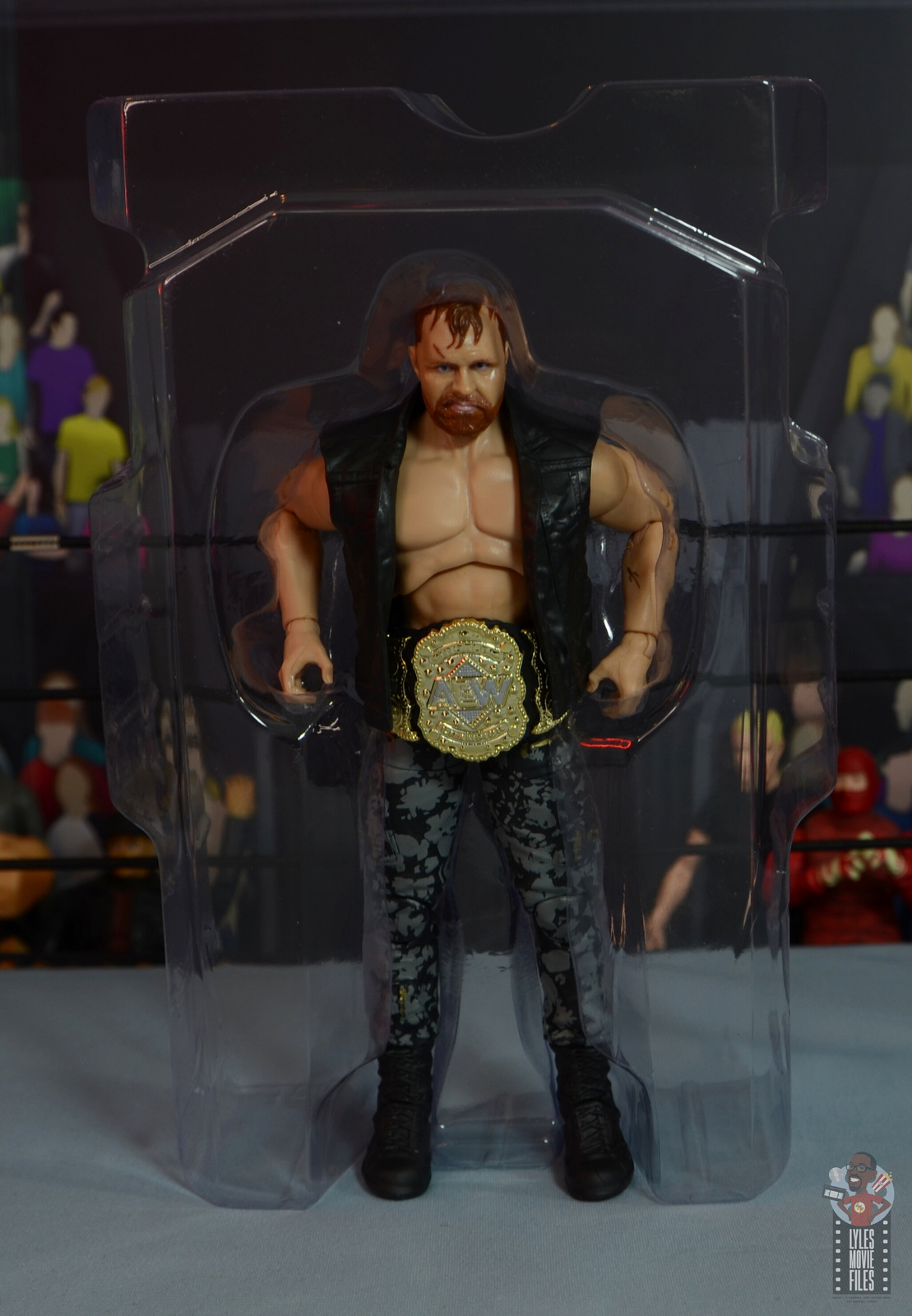 More importantly it has the MOX spray painted on the back. That’s a key aspect of the best and would have been disappointing if WCT/JW skipped out on it. 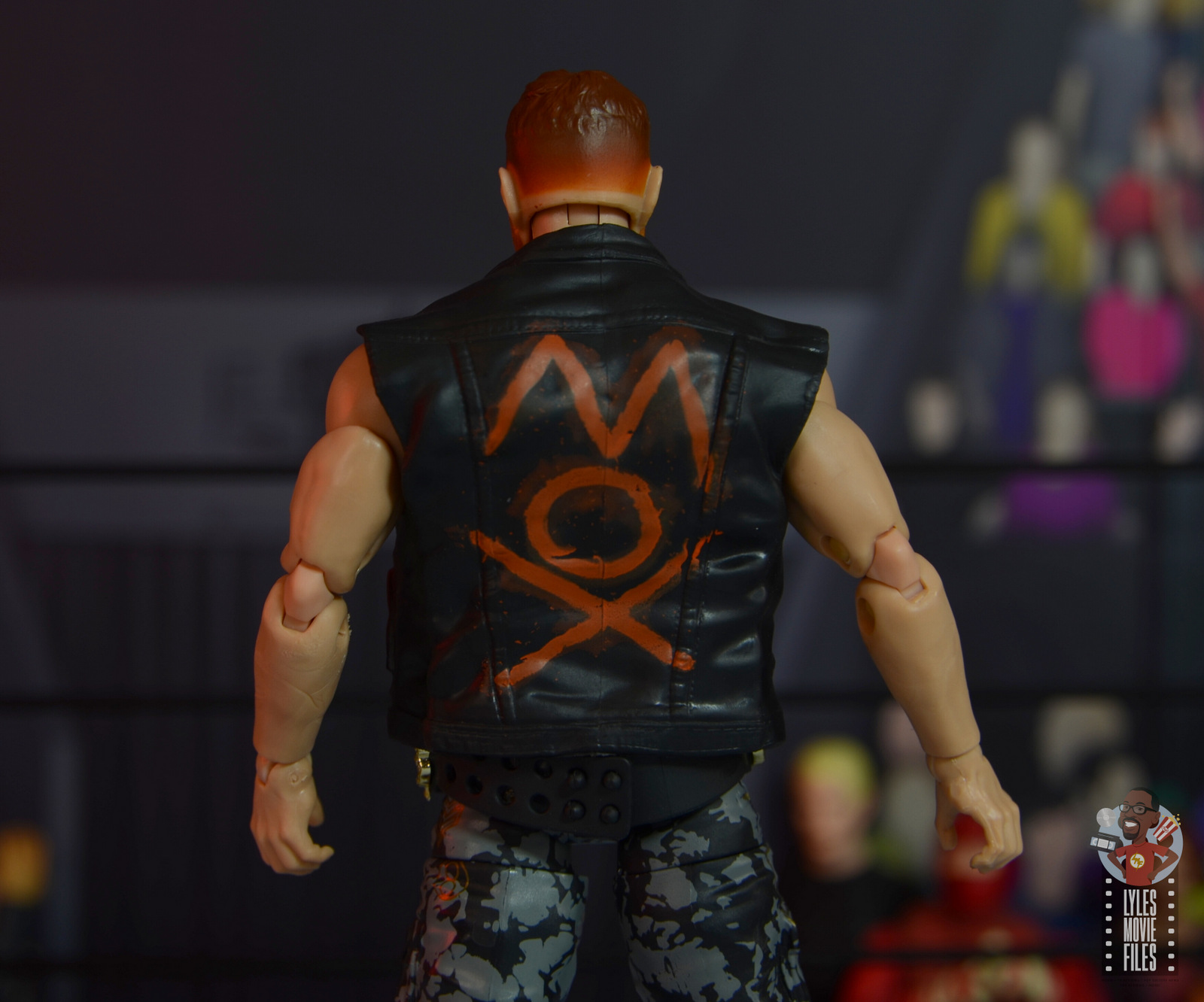 The real gem — and most essential one for the line at this point — is the AEW world title. This is a very nice replica at this scale and the most sensible main accessory for Moxley, the longest reigning champ in AEW history. 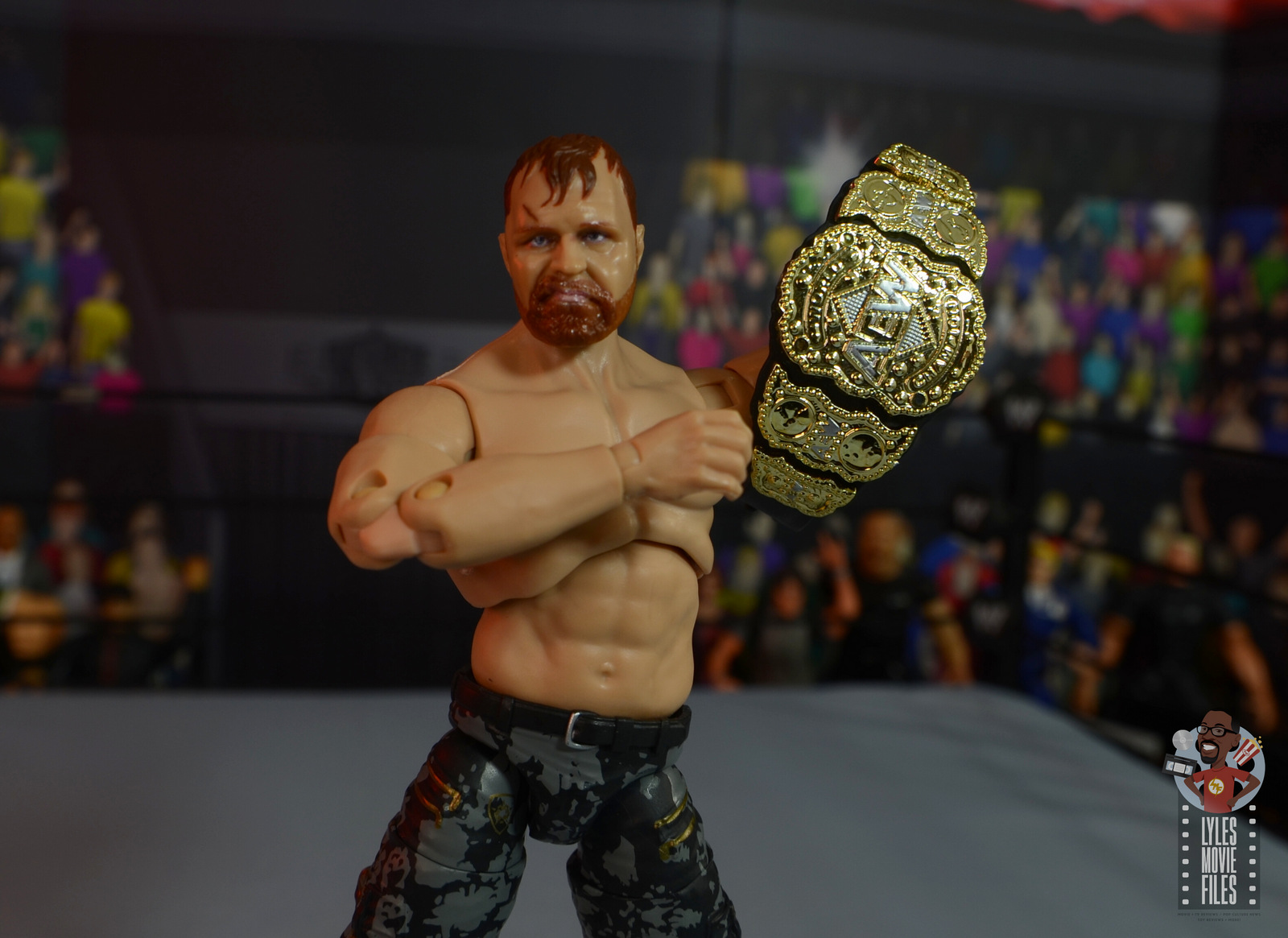 I wouldn’t say no to some swappable fists though as it’s weird that the brawling Moxley has clutching hands instead of fists. Looking back through the other figures, fists are a rarity so far and should absolutely be included with all figures. The clutching hands aren’t ideal either as they’re a little too wide and don’t hold accessories (granted from Mattel’s line) well. 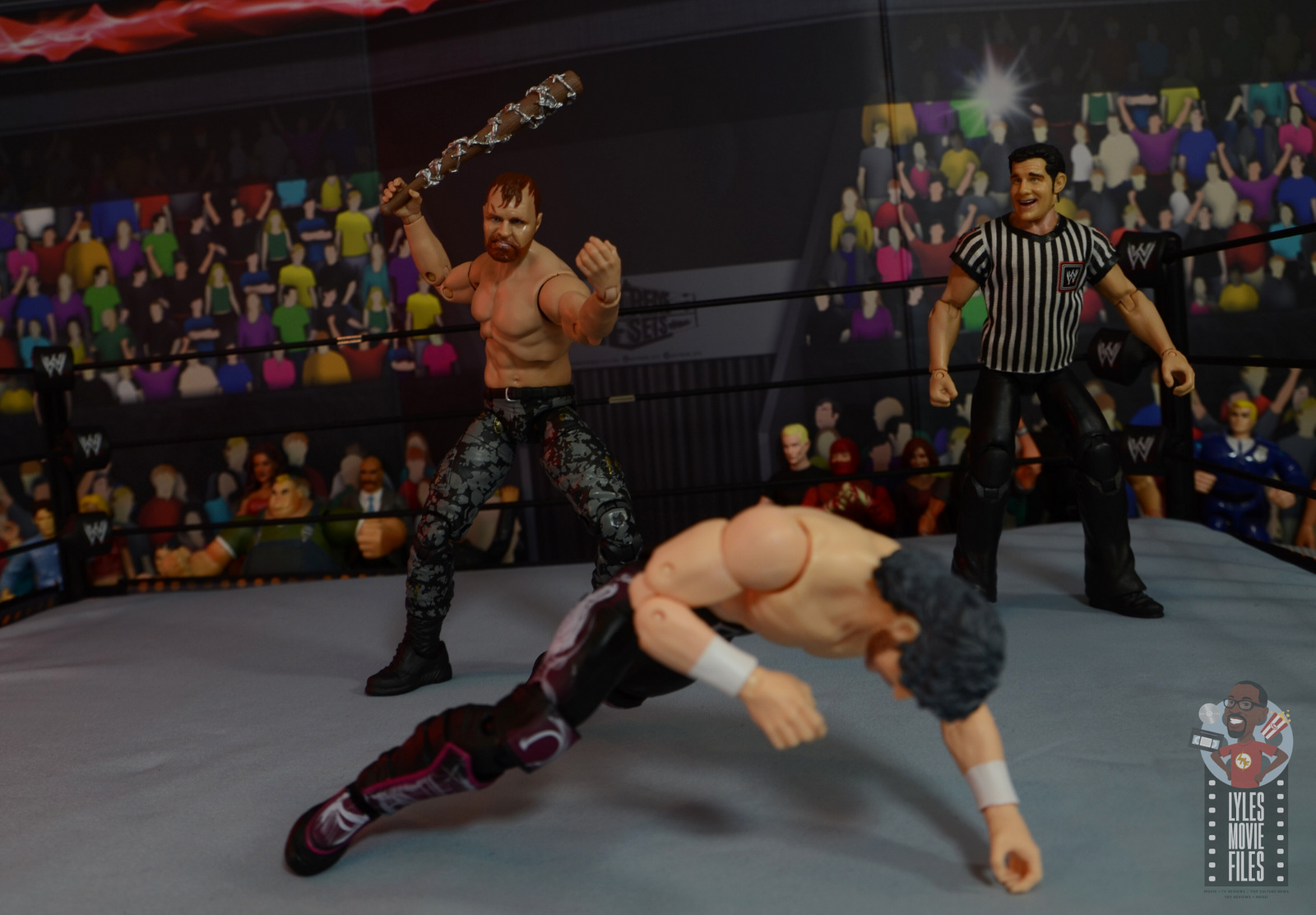 Worth it?  I got Moxley for $20. This price point is about the same as the Mattel WWE Elite figures, which have started to up the quality of accessories. As a younger line, I’ll cut Unrivaled a break since the figures have all been at an impressively high quality. 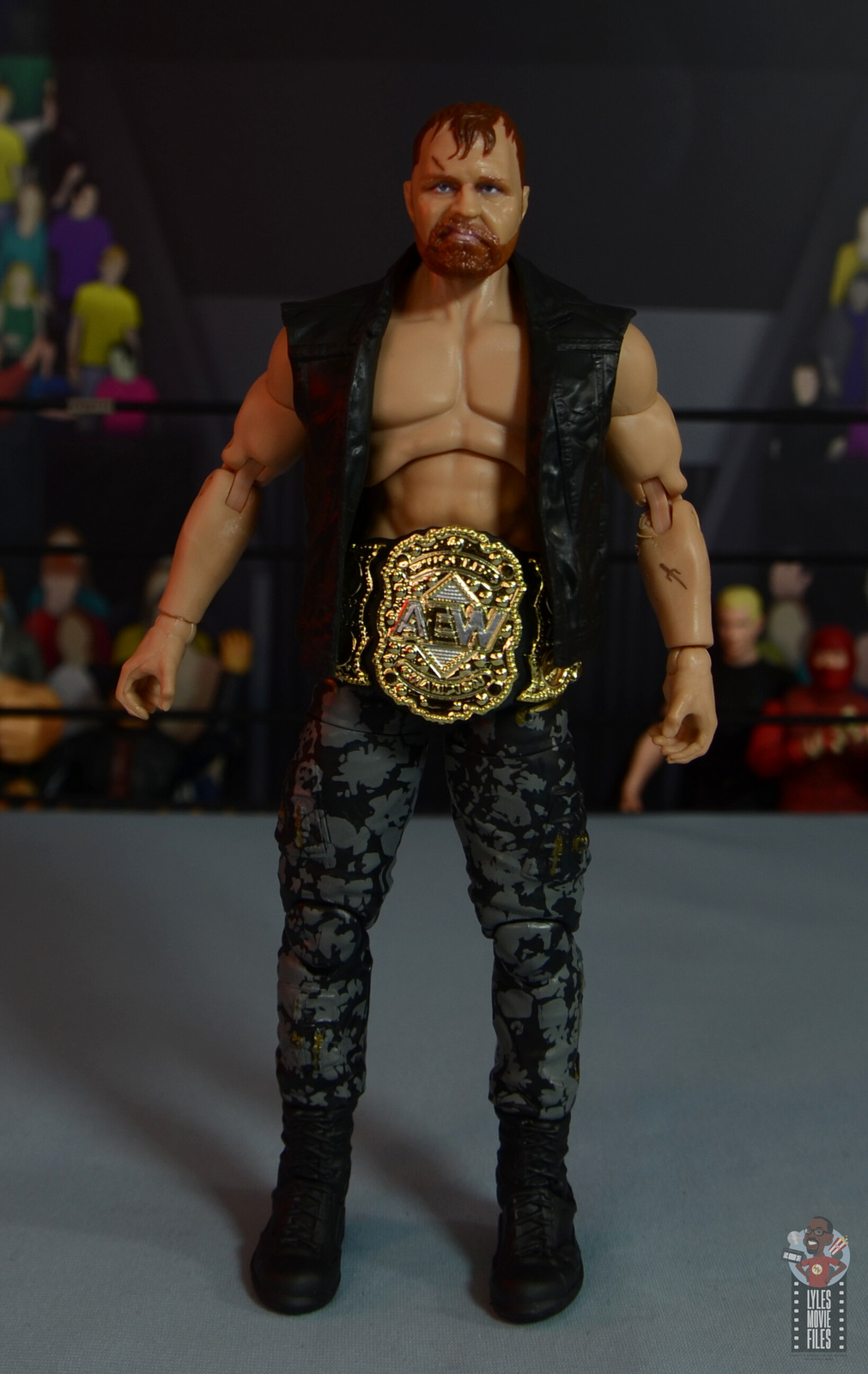 Mox is currently my favorite wrestler so it was key for WCT/Jazwares to knock him out. He’s so close, but the scale issue is a big problem and the floppy joints are an added problem though mine could just be a lemon on that front. 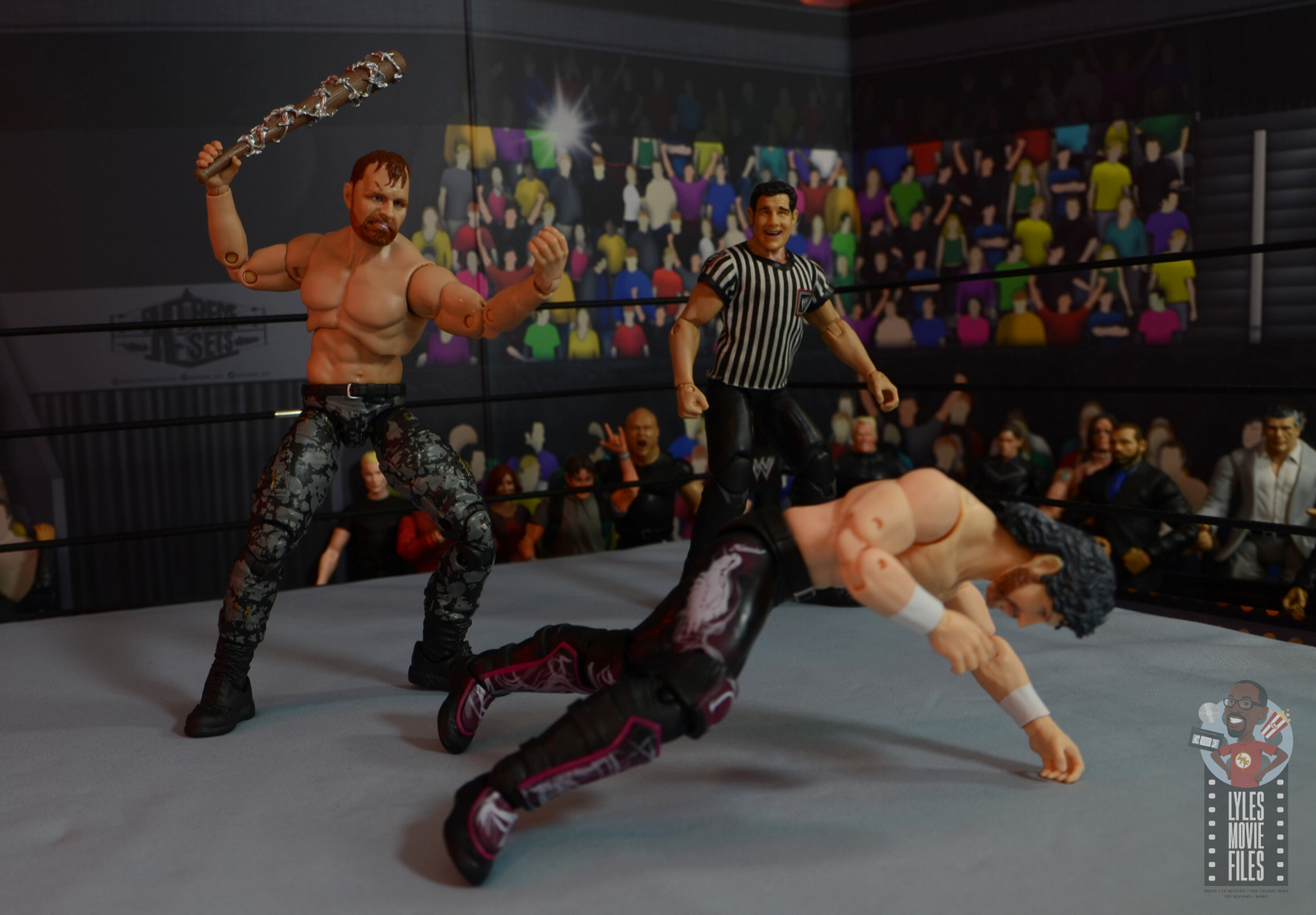 Where to get it?  Walmart is basically the only game in town for these figures. That’s not ideal since their stock has been somewhat suspect, but as reports of Wave 2 started coming in they weren’t that hard to track down.

The only “catch” is there’s already some reports of Wave 3 showing up so it’s possible some stores might skip Wave 2 to have the latest wave. Amazon and Target seem like they’re about to start carrying the line as well so that should make it much easier to get them.