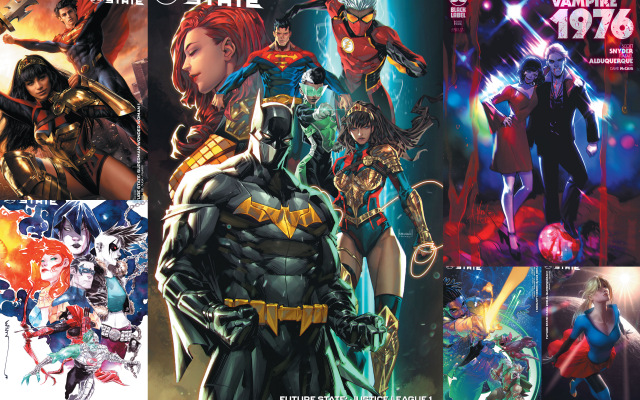 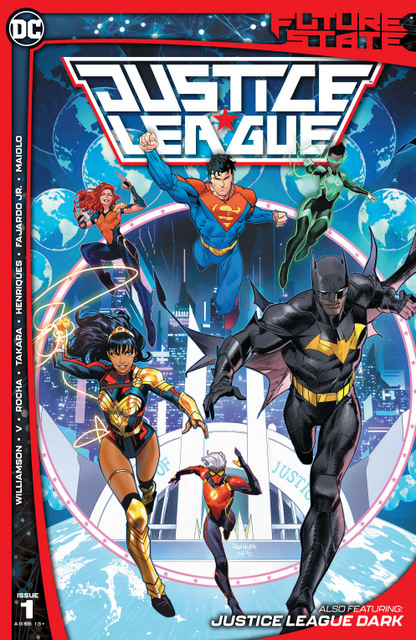 Joshua Williamson ushers the Justice League into the Future State era with a predictably fun if also a big too familiar introduction to the potential outlook for the world’s greatest heroes.

Later into the Future State era, a new group of heroes have emerged to take up the banner of the Justice League. But after some failures of the past generation this new League adheres to strict guidelines specifically no fraternizing beyond world saving missions.

Williamson shows how that rule has already been casually disregarded with certain pairs of members. The lack of camaraderie also makes this JL more like co-workers. It’s a fresher take on the Justice League as everyone in the current timeline knows each other’s identities, secret identities, kids’ names, etc. Yet as more leaguers break that rule it seems just a matter of time before it causes real trouble and potential rifts within the team.

Williamson arguably doesn’t spend enough time showing this new JL dynamic as he introduced two threats against the team — this iteration of the Legion of Doom and a group plotting in secret.

Robson Rocha’s art has been one of the biggest developments over the last four years at DC. Rocha’s pencil work is now at the level where landing a high profile gig like Justice League seems inevitable.

Williamson’s choice for the other villain team isn’t bad yet the plot layout walks too closely to another one they were featured.

The second story focuses on Justice League Dark as the team prepares for a final stand against Merlin. Writer Ram V has the advantage of being one of the few carryover writers working on the same title pre-Future State so the story doesn’t have to orientate readers to a new writer’s style. Like the best JLD story there’s a slew of magic-based characters in the mix.

Marcio Takara’s artwork really meshes well with the tone of the story of a nearly beaten JLD rallying for one final conflict. Ram V has such a great command of the team’s voices now that this felt like the least drastic Future State outcome.

It’s pretty much neck and neck in terms of which story is stronger, but this Justice League Future State edition is so much stronger from having two high quality stories.