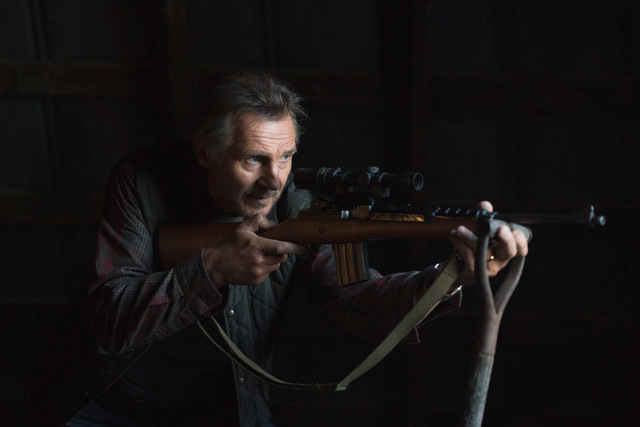 Let’s ignore the somewhat dubious casting of Liam Neeson as the protector of an illegal immigrant and just focus on The Marksman being a tired, ineffective and snooze-inducing thriller.

Neeson (Non-Stop) didn’t become a reliable action star until late in his 40s. Now that he’s knocking on 70, his credible days of taking on a unrelenting squad of goons are over. Fortunately, director/co-writer Robert Lorenz doesn’t give him an army to take down and instead opts for the most dogged cartel members intent on gunning Neeson’s character down. 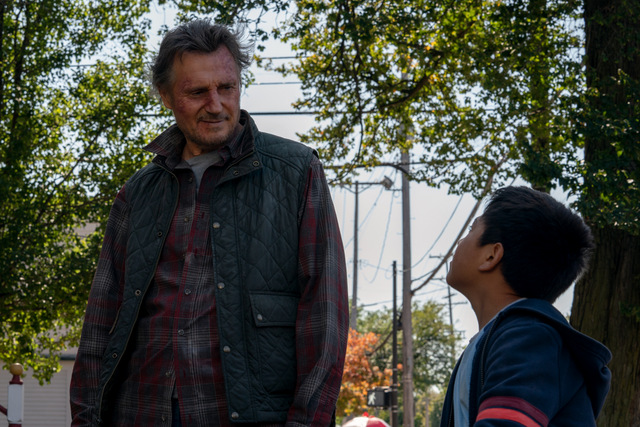 This time out, Neeson stars as Jim, a widowed former vet trying to make ends meet on his farm. While he’s tending to his fields, Jim occasionally puts the call out on his walky talky to alert border patrol of Mexicans attempting to cross the border.

Maybe this isn’t the most effective way to make your main character come off as the protagonist? Regardless of Jim’s politics, his plans are upended when he stumbles onto Rosa (Teresa Ruiz) and her son, Miguel (Jacob Perez), being pursued by a carful of cartel members seeking to make an example of her.

After a quick shootout, Rosa charges Jim with looking after Miguel and safely delivering him to her family in Chicago. Leaving her son in the hands of the guy about to call border patrol on them doesn’t sound like the best option, but I suppose it’s better than getting gunned down or forced to live life in a cartel? 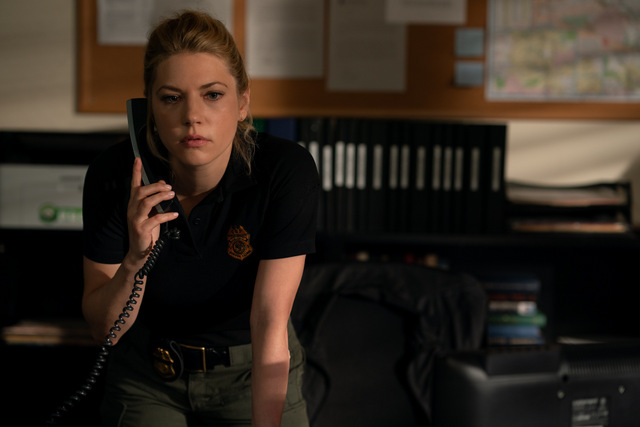 Lorenz and co-writers Chris Charles and Danny Kravitz envision this perilous road trip to be endearing as Miguel slowly breaks Jim’s walls down and helps him to find a reason to live again. The problem is these scenes rarely feel genuine save for the moments Jim is complaining about Miguel getting him into this mess. 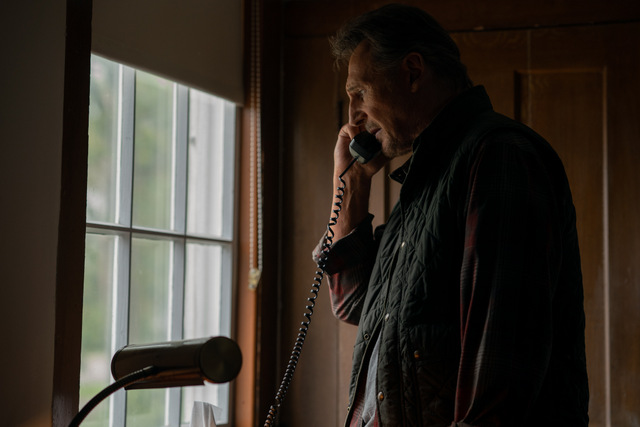 The cartel is portrayed as amazingly efficient at times and at others just lucky enough to say find the one corrupt state trooper willing to be bribed, the right hotel Jim is staying or when all else fails, a map with a location circled.

These conveniences start to become too much and at some point it seems like Mauricio has occupied Neeson’s Taken character with his tireless pursuit and lucky breaks to keep him on the hunt.

Without having an army of disposable goons to take down, Jim has to keep dealing with the same four bad guys the entire film putting an emphasis on suspense rather than action. 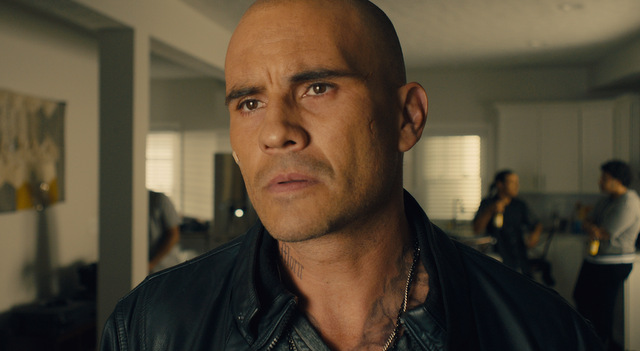 Mauricio and his squad are ruthless in their dealings with everyone that stumbles onto their path presumably so Lorenz can reiterate their threat level. This also makes for a relatively smaller bad guy body count.

I kept waiting for Neeson to utter Danny Glover’s famous Lethal Weapon catchphrase if only so I could agree with him. Neeson doesn’t seem nearly as dialed in with this effort and comes off as weary and unenthused. Thankfully Perez proves more than capable of holding his own and not acting like an out of his depths child actor.

The final act plays out in a way that had me questioning why Jim went through all this cross country driving to escape the cartel in the first place. It wasn’t like he couldn’t use his sniper skills to effectively take Mauricio and his crew out sooner. 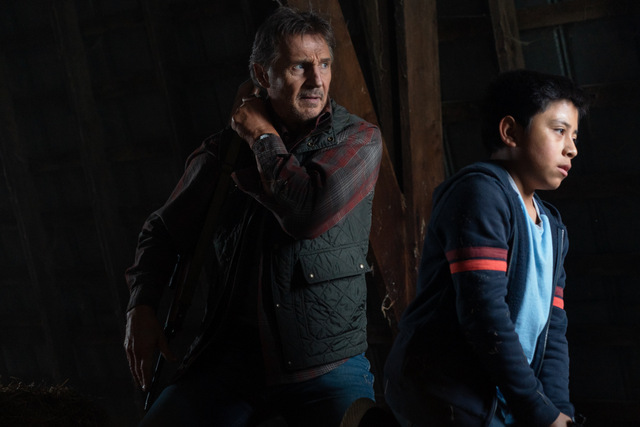 The Marksman is too similar to far better escort mission films with Neeson doing little to make it stand out and Lorenz under the impression that audiences want to take a road trip instead of watching Neeson go out guns blazing.