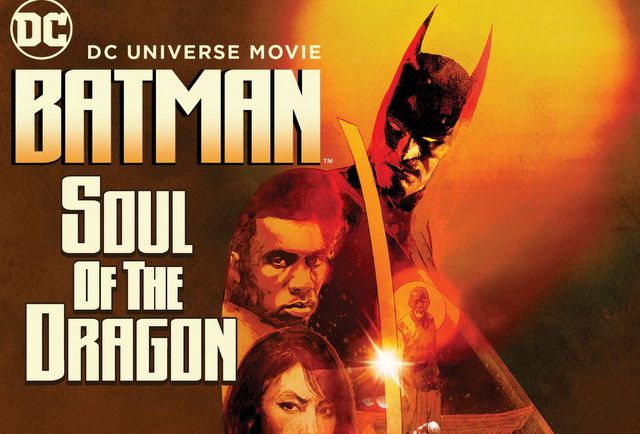 Batman: Soul of the Dragon is a funky idea in theory — set an animated Elseworlds Batman movie in the kicking martial arts trend of the 70s and let the fun roll. That’s not a bad concept, but the novelty wears off long before the seemingly endless stream of kicks and punches.

Writer Jeremy Adams (Mortal Kombat Legends: Scorpion’s Revenge) seems conflicted with his focus. Adams doesn’t seem sure if he wants to make a Batman movie with a martial arts flair or a martial arts film with a supporting role from The Dark Knight. Either approach could work, but Adams frequently hops back and forth instead of staying in one lane and getting that right. 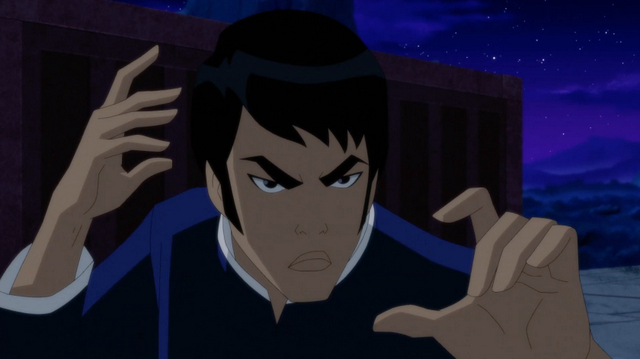 Adams doesn’t hide his James Bond and Bruce Lee influences with scenes set that are reminiscent of Enter the Dragon and an opening act right out of the 007 playbook. He just doesn’t leave enough room for Batman to play in it. With the odds stacked against them, Bruce and Dragon call up the rest of their ‘graduating class’ — The Bronze Tiger (Michael Jai White, Welcome to Sudden Death) and Lady Shiva (Kelly Hu). Ironically both performers were also featured in Arrow in the same or very similar roles. 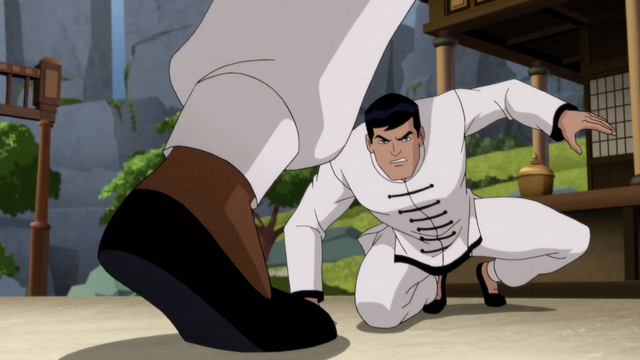 This trip down memory lane has Bruce reminiscing on his training with O-Sensei (James Hong, Abominable). Adams falls a little too in love with these flashbacks, which don’t add a ton to the present day story beyond showing the connections between the characters. It was cool to see Adams stick with comic book lore in terms of Bronze Tiger and Lady Shiva’s fighting prowess.

Dragon was originally created in the 70s DC series Kung-Fu Fighter as a redhead who battled evil alongside Bronze Tiger and Lady Shiva. For whatever reason, DC didn’t have a major Asian martial arts expert like rival Marvel’s Shang-Chi. Maybe to avoid playing too far into stereotypes?

O-Sensei is portrayed right on that border of being offensive and capturing the tone of the era. Adams does lean on Blaxploitation too often for Bronze Tiger’s dialogue while Jai White gamely shifts back into Black Dynamite mode. Bronze Tiger’s design lacked any of the novelty of his comic book costumes and felt more like it was channeling Luke Cage. 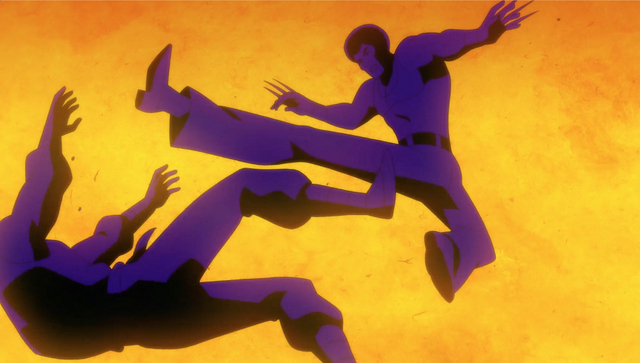 Adams also struggles with the tone. Some sequences are very adult — Burr hires a prostitute and Shiva kills an opponent with her fingers through his throat — then other scenes seem played more for laughs for younger audiences.

The biggest problem is the lack of Batman. This story somehow makes The Dark Knight just another punching and kicking character with a few gadgets and a cape. It takes effort to make Batman come off this dull.

Some of that is due to the nature of the story, which just calls for numerous martial arts battles after another. Adams uses too much of the run time establishing the fighters’ skills only to make them far less effective in actual combat. Director Sam Liu (Superman: Red Son) doesn’t have trouble staging intricate and involved action sequences, but it becomes a case of diminishing returns when every fight is a marathon. 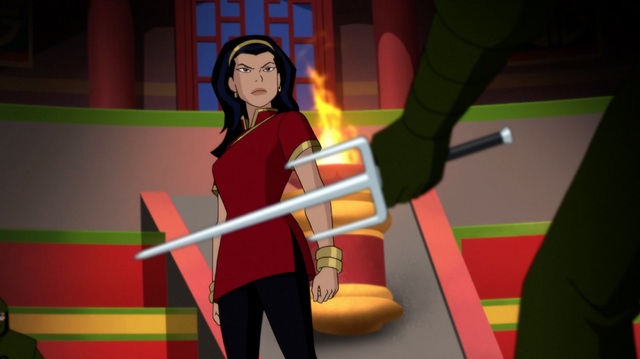 Along with the quality action, the voice cast is stellar. Giuntoli was a real surprise voicing Batman and hopefully Warner Bros. Animation brings him back as he’s got the ideal cadence that doesn’t come off like he’s trying to play a grim Batman. Dacascos is also very solid and lends the Batman/Nightwing dynamic with his less brooding and carefree delivery.

The ending is also a disappointment as the film wraps without an actual conclusion. This isn’t the kind of story that needed a sequel or a cliffhanger. 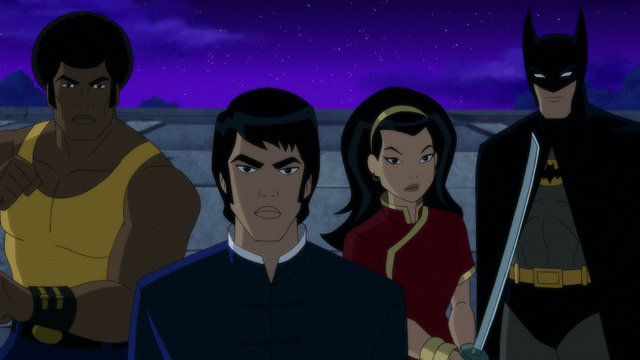 Batman: Soul of the Dragon has some good ideas, excellent fight scenes and a strong cast, but a more streamlined story would help it achieve true Zen.