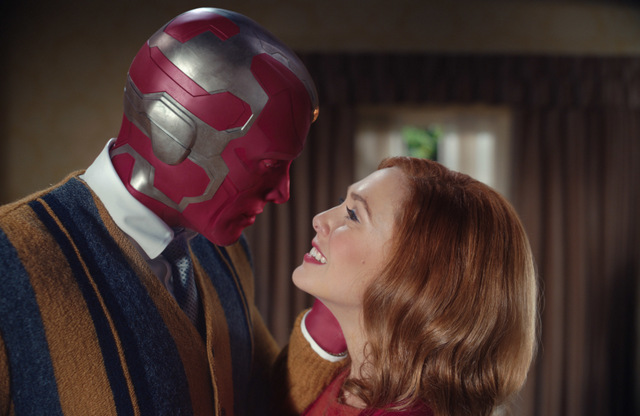 Disney+ adding the episode titles to WandaVision is just a tad annoying. Episode 3 brings us to the 1970s a la Brady Bunch and the post-technicolor era of TV and ironically features the darkest, most ominous moments of the series so far.

This trip through the TV sitcom decades has been a really creative and smart approach to WandaVision’s love story. I’ve got so many ideas and theories, but will avoid being Internet sleuth after seeing more episodes than everyone.

I am enjoying the idea that Wanda is experiencing a deep level PTSD — she’s had the most losses of any Avenger from her parents at childhood, a normal life, freedom after being imprisoned and experimented on by Baron Von Strucker, losing Pietro, causing the tragedy in Sokovia that split the Avengers, Vision’s death and her own death and resurrection.

That’s a lot for anyone to compartmentalize and that doesn’t even account for the death of arguably her closest Avengers teammates with Captain America and Black Widow along with Iron Man.

That all makes the pending bundle of joys for Wanda and Vision so important. They’re the first real sense of hope and optimism Wanda might have had all her life.

Wanda’s pregnancy is now advancing at an impressive pace. Wanda is keeping busy decorating while Vizh is practicing his diaper changing speed. They’re debating names, but at this rate they’ll need to decide on something today as Wanda is ready to burst.

Good thing Geraldine comes by for a visit to catch up. The shift to the 70s naturally provides a different visual style with the use of saturated colors and TV shortcuts with sets and backdrops.

Costumer Mayes C. Rubeo has done fantastic work capturing the look of these different eras in a way that doesn’t make a mockery or exaggeration of the styles.

Showrunner Jac Schaeffer has found the ideal sweet spot in paying homage to these various TV eras without spoofing them for cheap laughs.

There’s a subtle shift in TV presentation of women and intimacy. Previously, children just kind of popped up and were long past the baby stage. In the 60s, husband and wife were just starting to be in the same bed. Now in the 70s we’re seeing the result of shared beds with a pregnant mother onscreen.

And again the episode thrives due to the performances of Elizabeth Olsen and Paul Bettany, who both get to show a bit more range beyond their idyllic sitcom life. Olsen was definitely the episode’s MVP as she’s been a blast playing the more demure housewife who’s now evolving with each decade to be more confident and less restrained by the norms of the era.

We also got the first tease of real awareness from Wanda and Vision that not everything is perfect. Although one of them has a much more aggressive response to this ideal life being shattered. 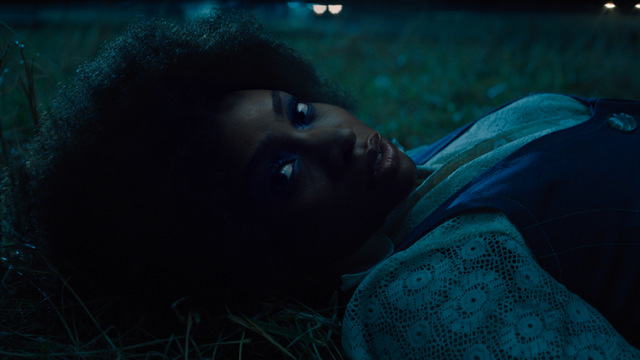 WandaVision has been a fascinating experience so far. That’s it for the early episodes available for critics. I can’t help but wonder if viewers got this first shot of three episodes if they would be more on board than the mix of complete adoration and outright confusion.

I’ll be back next week with a few more theories. Hopefully the show maintains this incredibly high level of quality and intrigue as we head to the 80s and 90s.