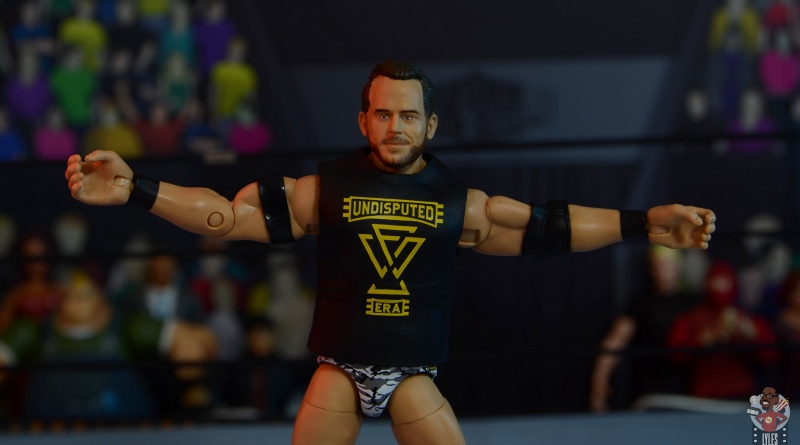 This is going to go down as one of the more frustrating figures that I’ve wanted all year. I’d watched ROH long enough to become a fan of Roderick Strong before he came to NXT, initially fighting the Undisputed Era and eventually becoming one of the pillars of the faction.

Mattel released a pretty great set of the three originals, but it’s taken a long time to get an Elite Roddy. As the hot seller of Series 72, Roderick was nearly impossible to find until Ringside had a decent Black Friday sale that wouldn’t cost a second mortgage to get a $20 figure. Let’s find out if all this hassle was ultimately worth it.

Packaging: The latest Elite wave packaging is fine although I find the other specialized waves with different color choices more appealing. We get the usual action pose and the portrait on the sides and a decent bio on the back.

Likeness:  One area that Mattel has greatly improved on over the last decade, really the last three years, is the head sculpts. The True FX sculpting has resulted in some amazingly lifelike portraits of characters — provided they go with the right expression. 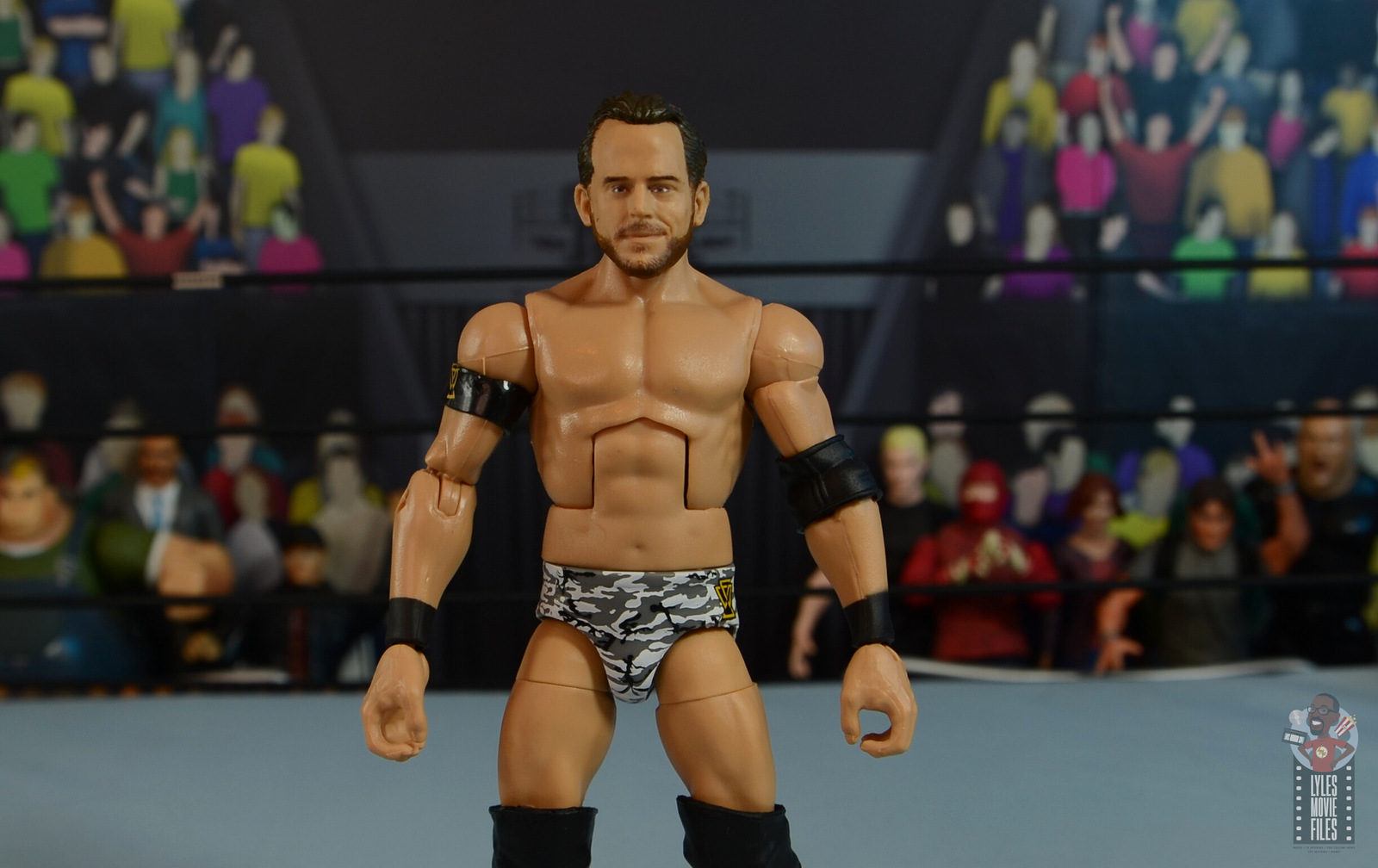 Roddy has a good one with a somewhat cocky expression that works just fine for him as either a heel or a face.

Mattel went with the slender body for him, which I think was the right call. Roddy isn’t chiseled like a Finn Balor and larger torsos would have made him look too bulky.

After posing older figures as I rearrange my wrestling display, I’m so glad Mattel has made better (read: smaller) kneepads. Strong also gets the plastic UE armband, my preferred version over the painted on option. 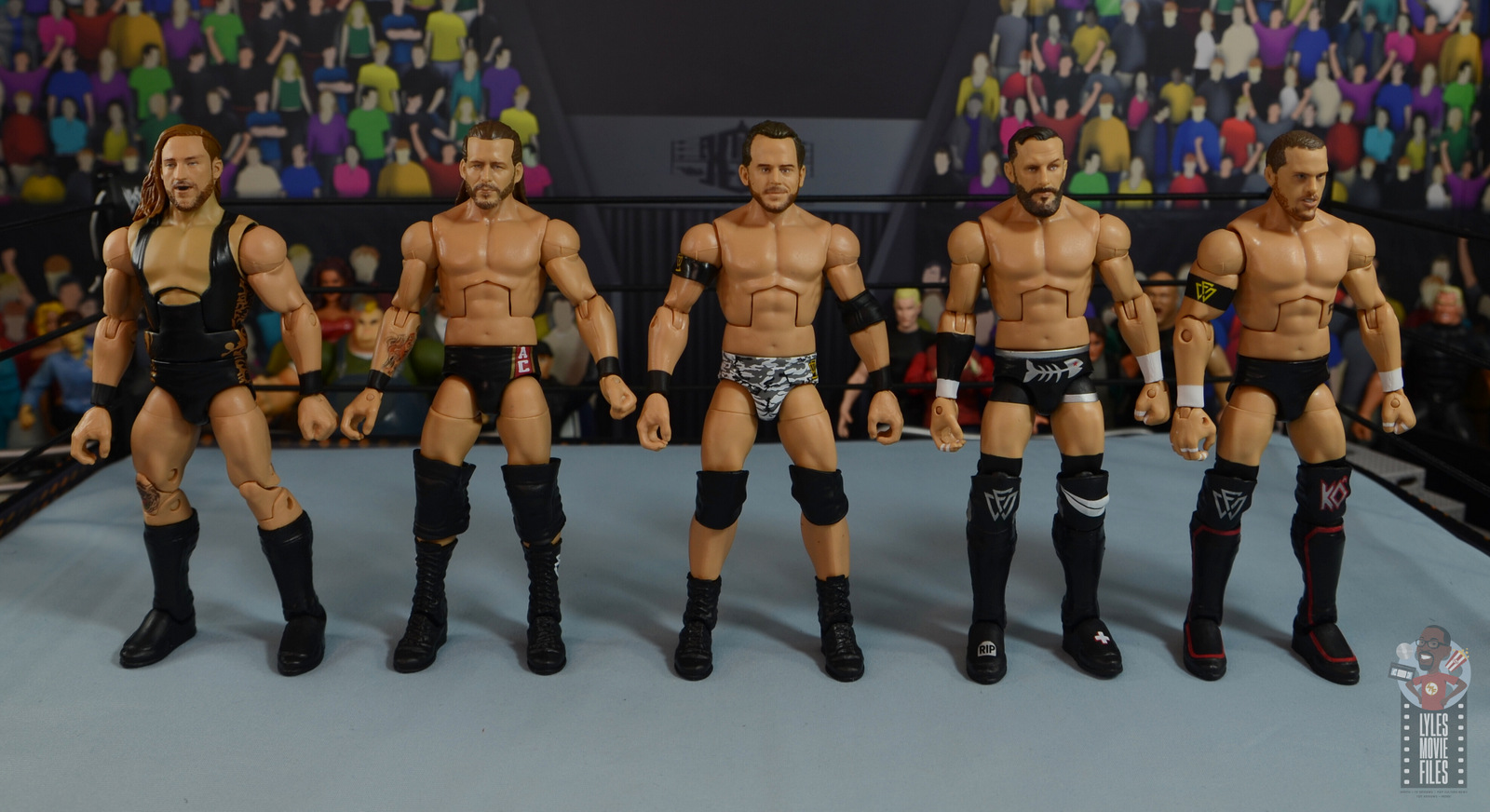 Scale:  Roddy is 5’10” making him the shortest member of the Undisputed Era  looking up at the 5’11” Bobby Fish and 6’0” Adam Cole and Kyle O’Reilly. Roddy’s head might be slightly bigger than the others accounting for them all looking right around the same height.

The difference is minimal though I probably should give Cole’s neck a little more length with some cotton or a rubber band in the neck peg area. 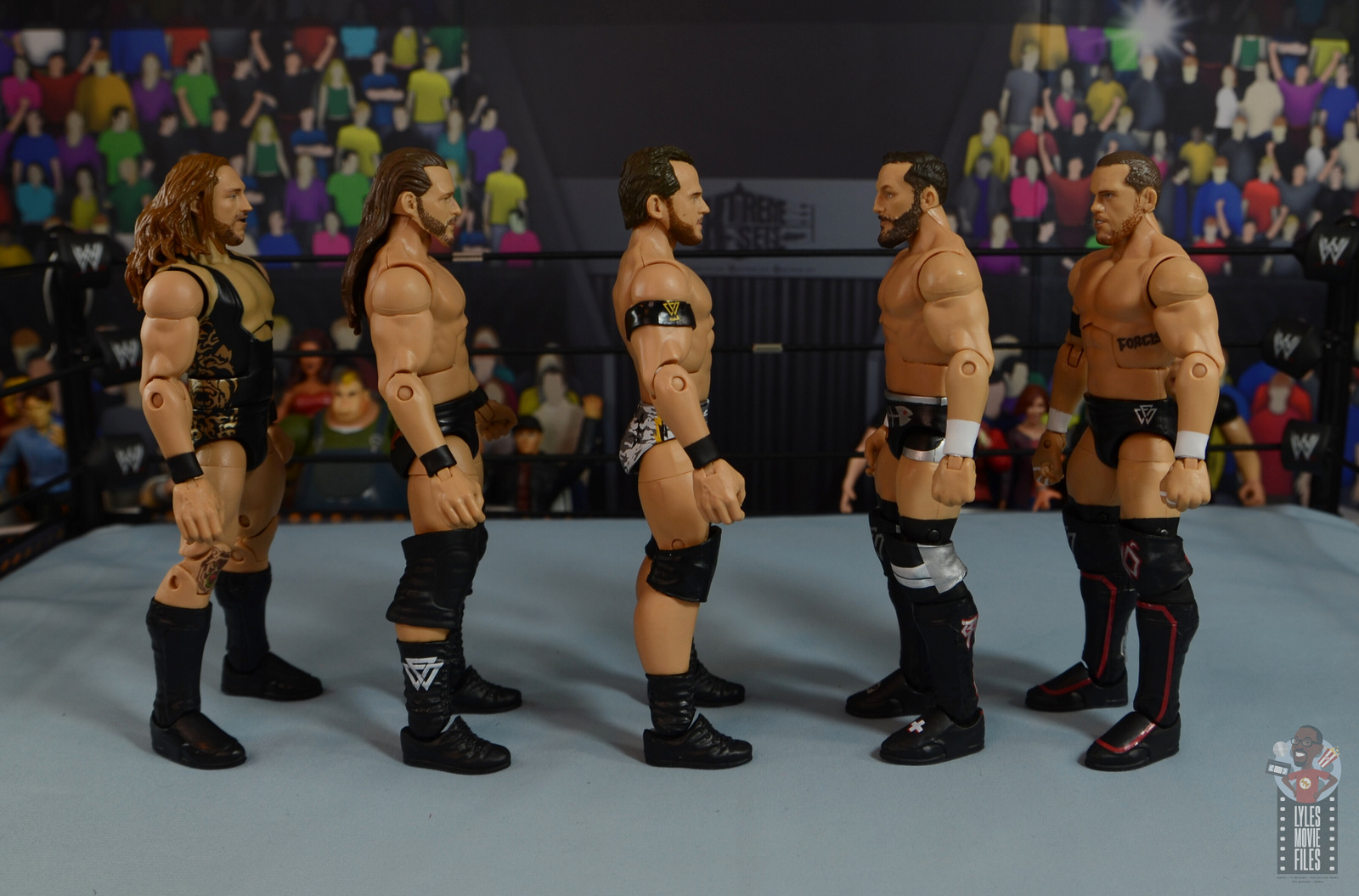 Paint:  And now we’ve come to my biggest gripe with the figure. Initially, Mattel revealed an early NXT Strong Elite figure pre turning on Pete Dunne and joining the UE. That got scrapped and for his first Elite figure, Mattel decided to go with his one-time only grey and white camo from War Games.

It’s a puzzling decision since A] the rest of the Undisputed Era was already released in their trademark black and yellow gear, B] Strong immediately stands out in the wrong way and C] Mattel still hasn’t announced a camo version of Cole so we still don’t have a matching set of UE.

That’s a very weird choice. I wish Mattel had gone the release the camo version and make the black and yellow attire as a chase like they’ve done with the recent O’Reilly and Fish figures.

For what it’s worth the paintjob is nice and clean on the tights. The face printing has really helped Mattel with stubble and getting hair fading down, which was important for a guy like Roddy as he never goes full beard, but is rarely clean shaven. 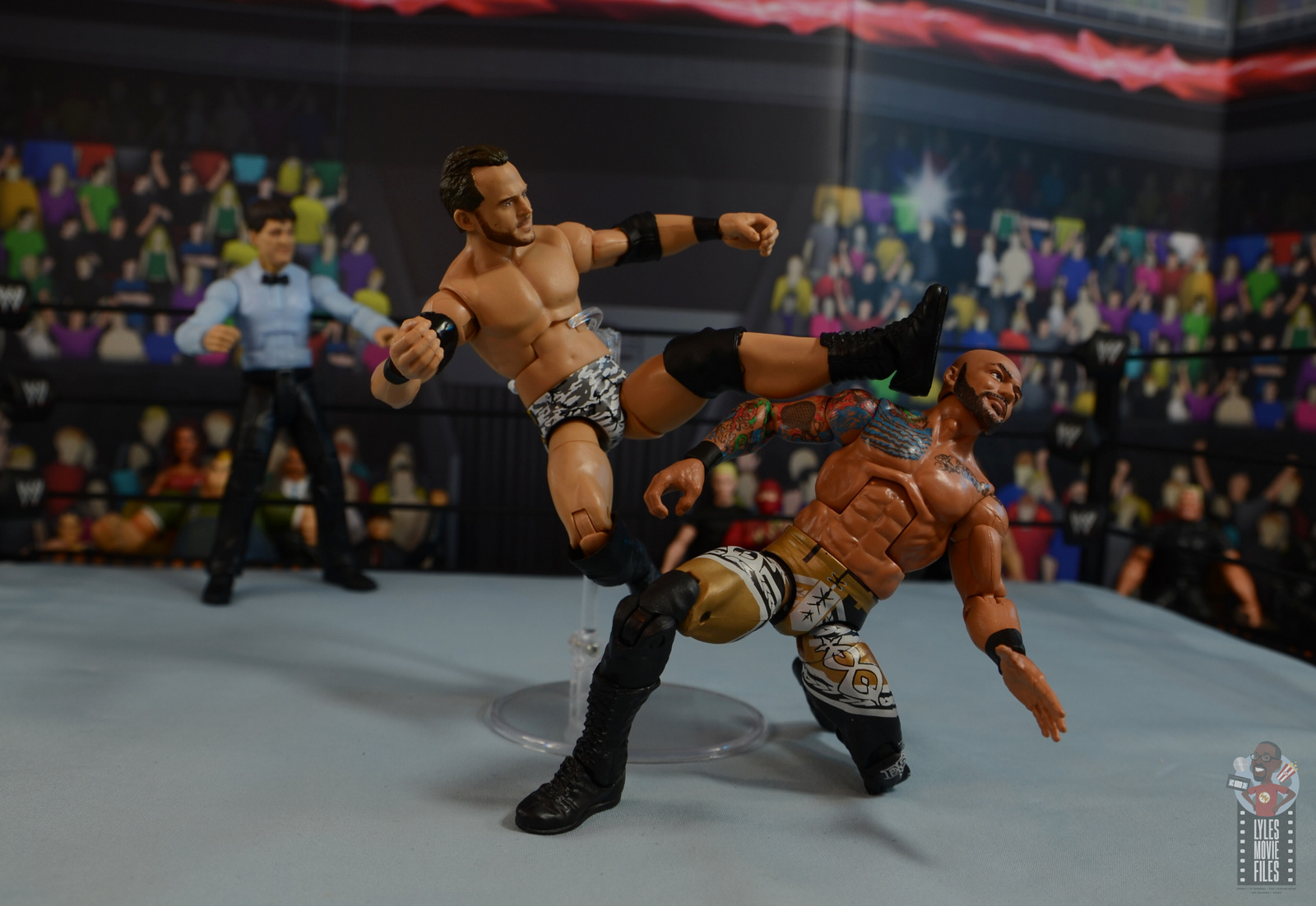 Articulation:  The Messiah of the Back Breaker can pull off a good amount of his moves even though he would be one of the biggest beneficiaries of the Ultimate Edition double jointed elbows and updated torso.

I was able to pull off most of his big moves from the running forearm, high knee and back breaker variants although they’d look much more convincing on the new deluxe articulation scheme. 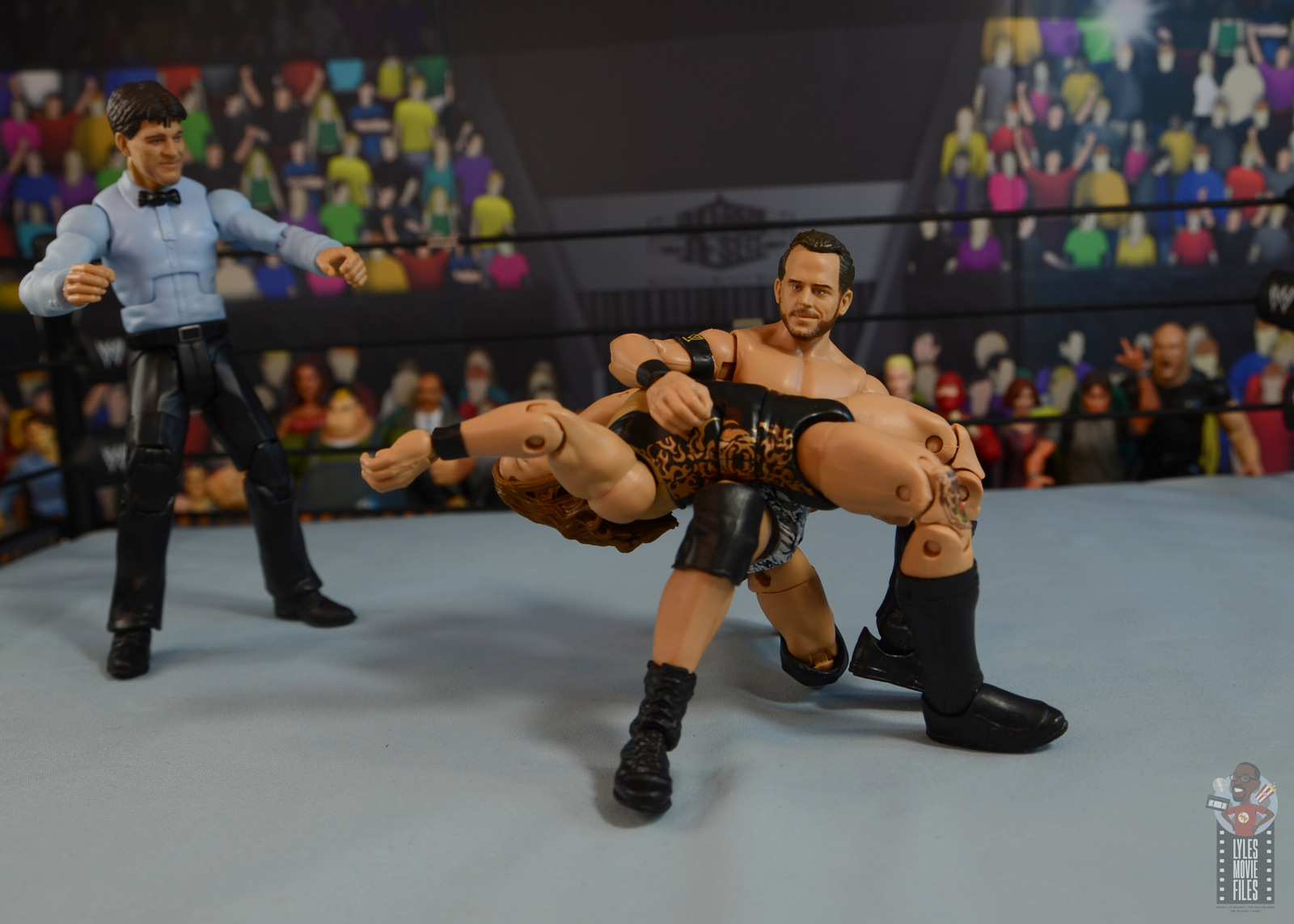 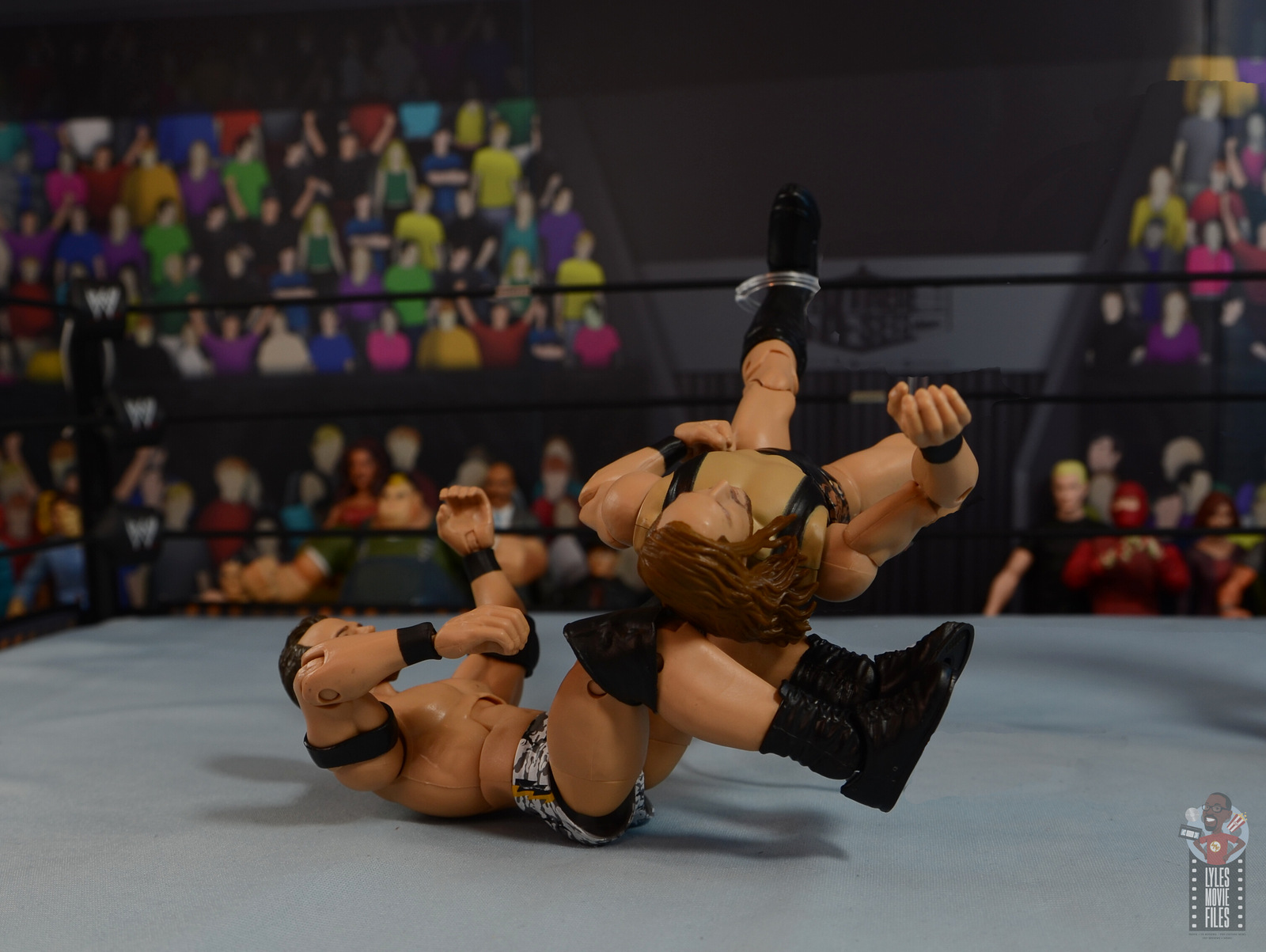 Strong is a guy who likely won’t find a spot in that line and makes the case for an overall updating of the articulation model to better compete with Wicked Cool Toys/Jazware’s AEW line. 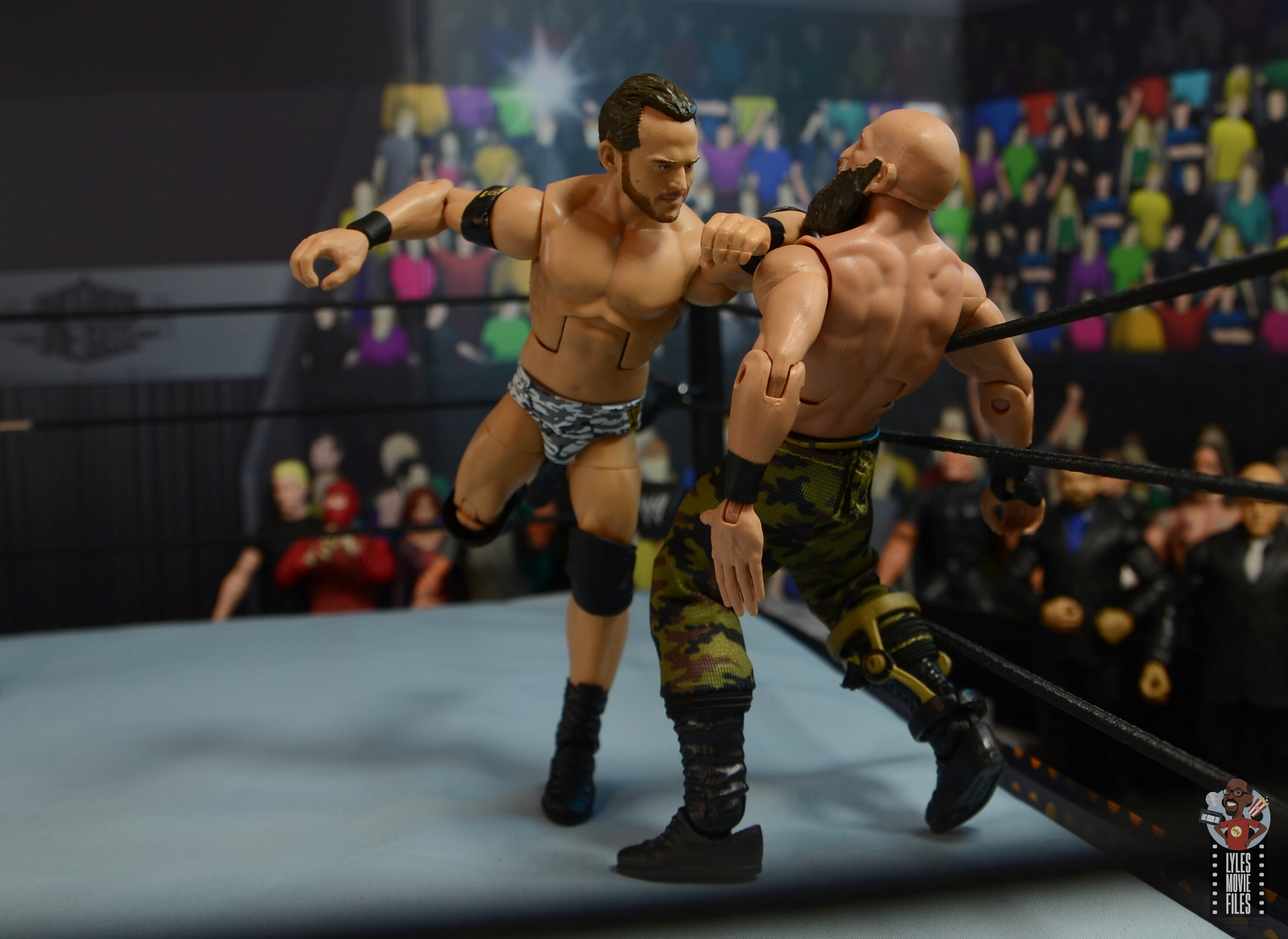 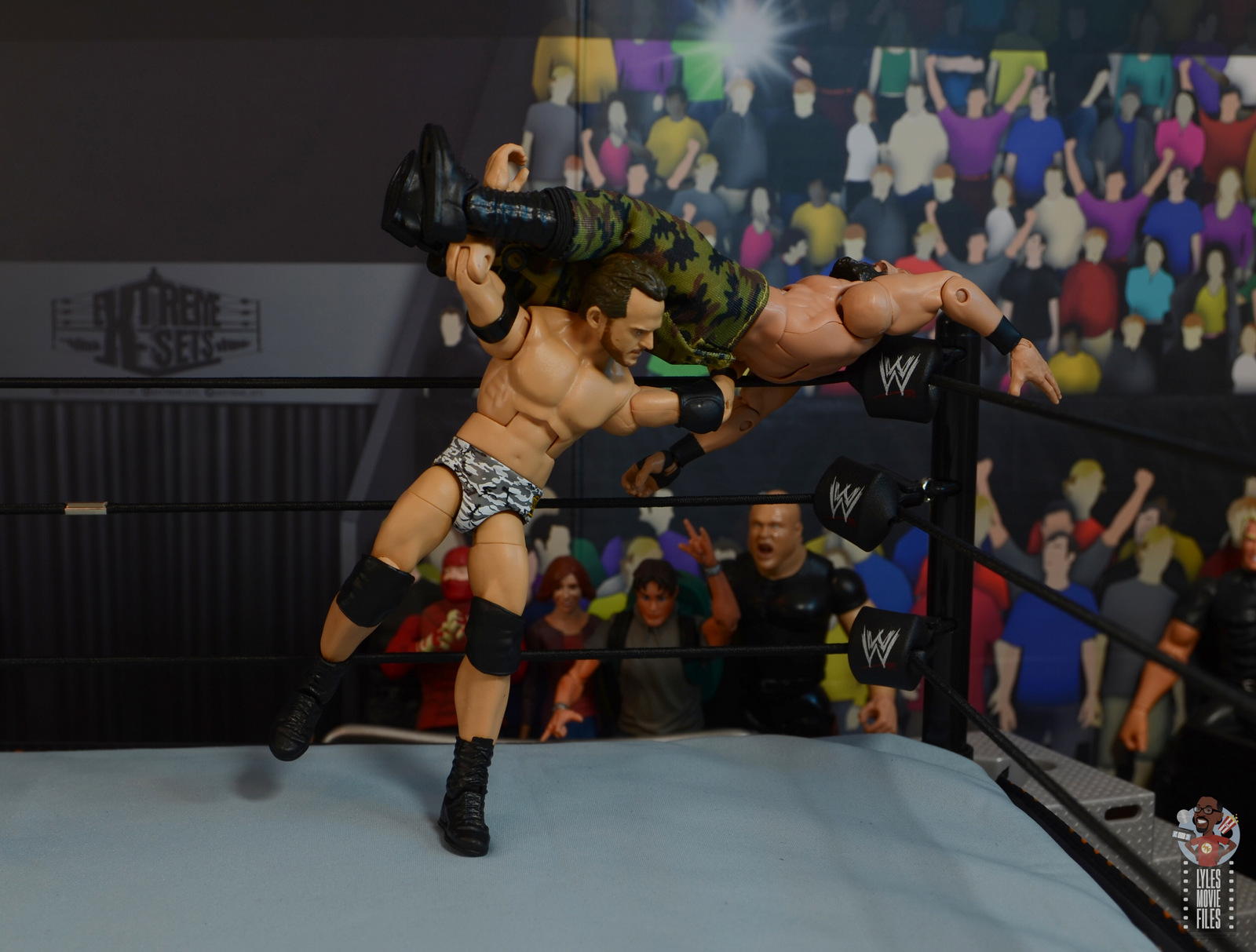 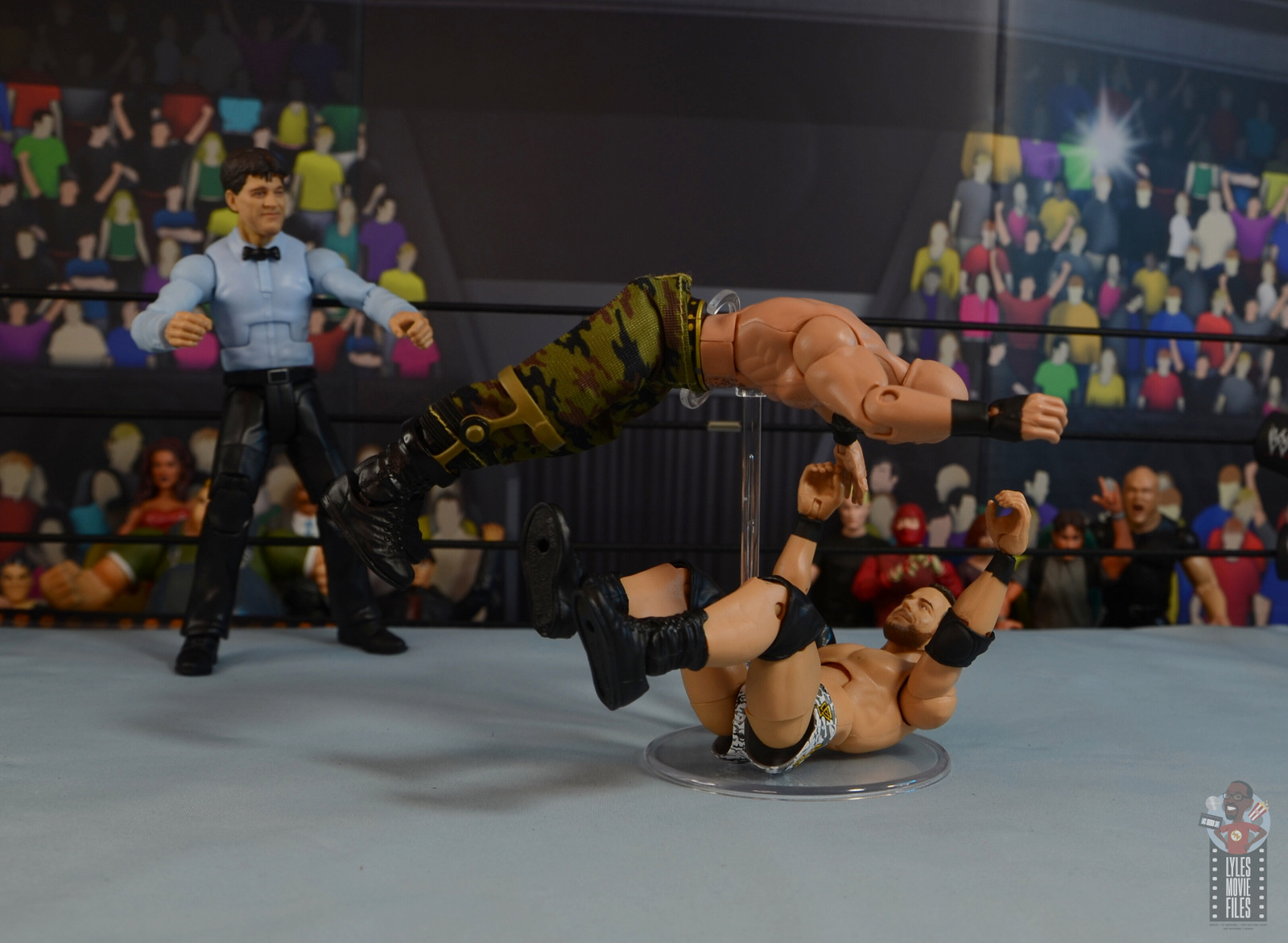 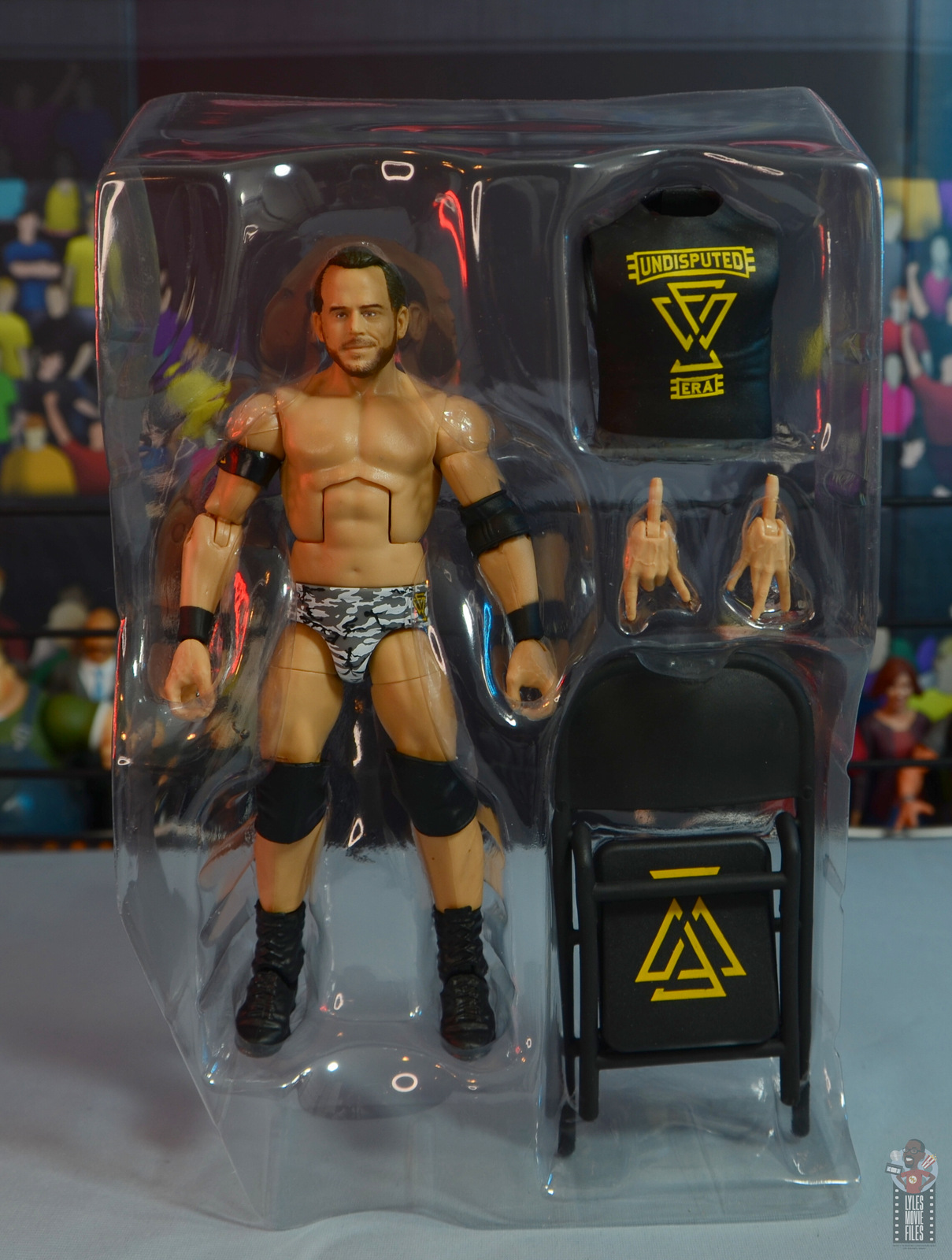 These just never look good and I’m amazed that they’re still in rotation when the cloth looks so much better. 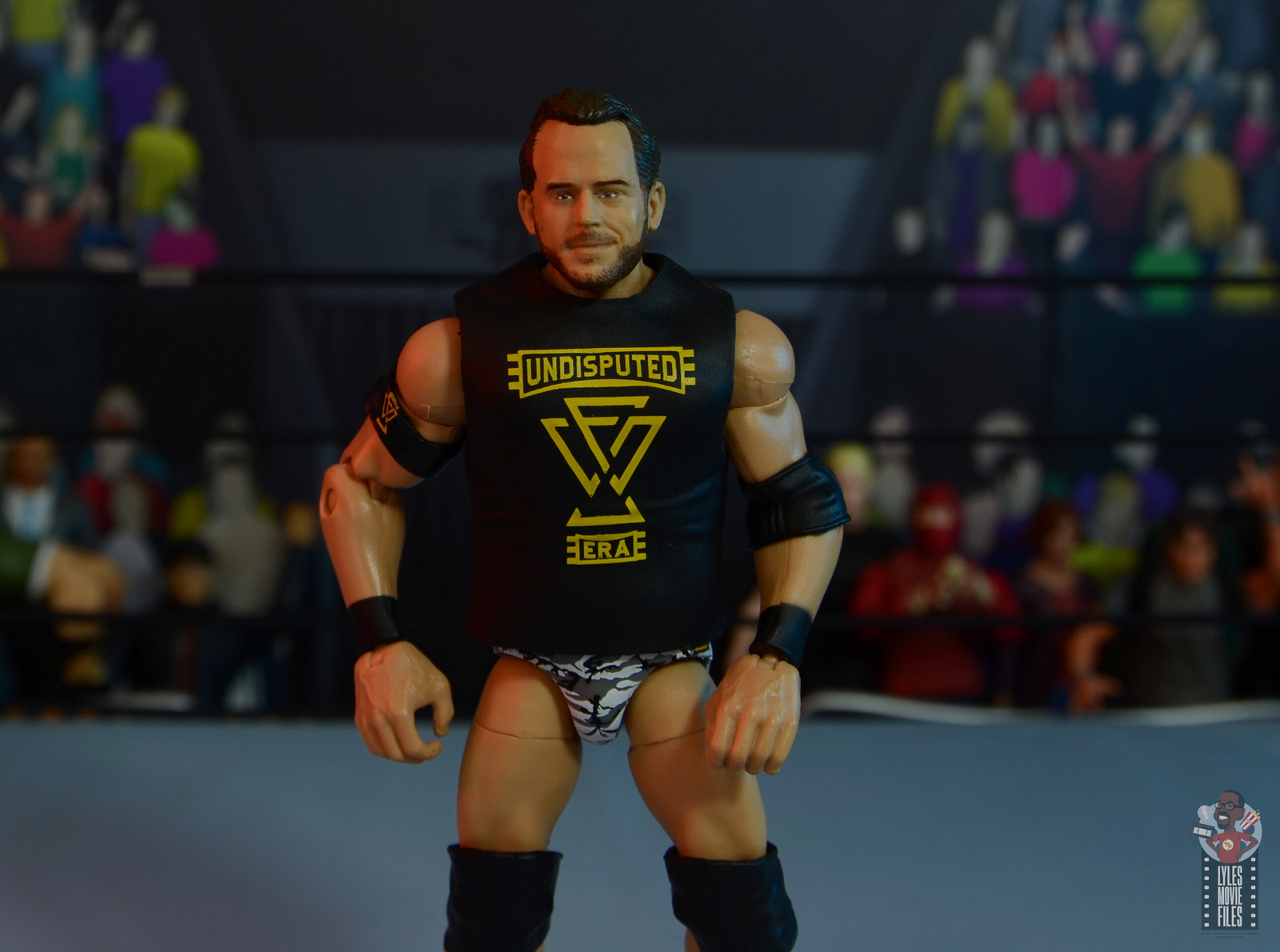 In fairness, this shirt is better than most and fits a little tighter yet the torso articulation is a wash. 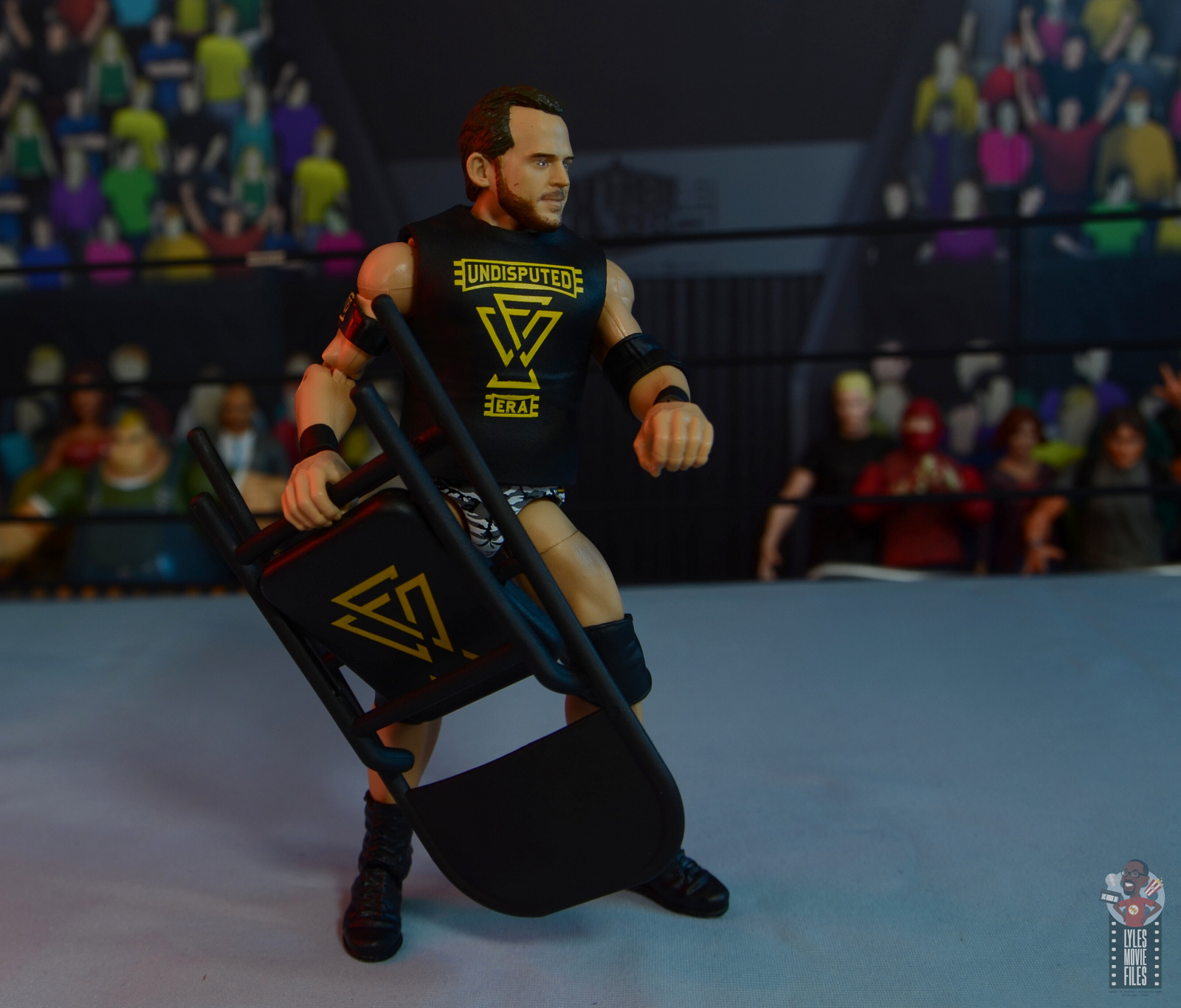 He also comes with a custom Undisputed Era chair, which is a nice touch and the alternate set of hands to do the UE pose — that again, would look far more convincing with double jointed elbows. 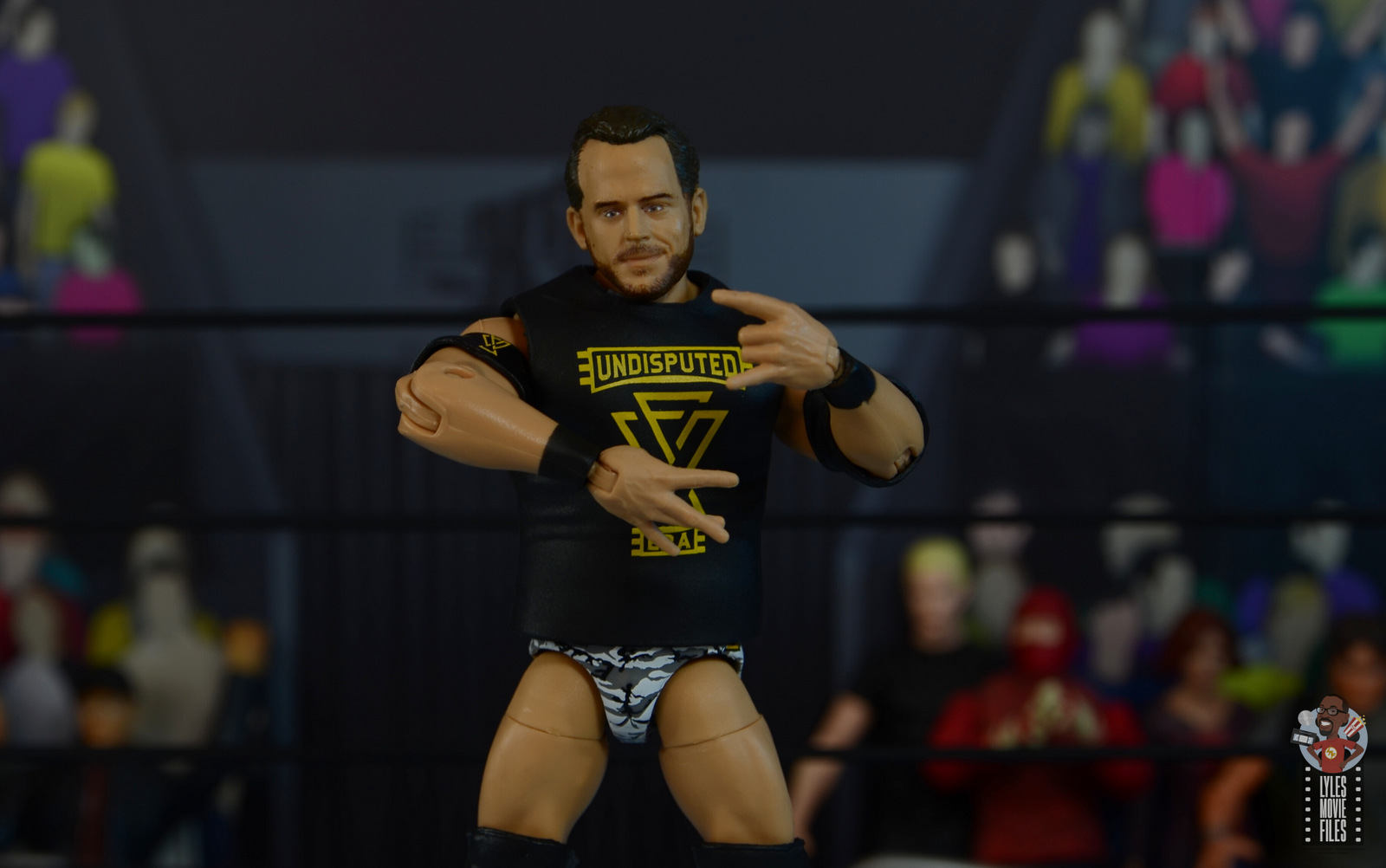 Worth it?  If you were lucky enough to find Roddy for $20 you win. He’s going for $40 to $60 depending on the reseller. I got him for $29 and now he’s down to $23 on Ringside. Needless to say that’s the best price point you could ask for now so grab him quick.

Roddy sorta completes my Undisputed Era but Mattel’s odd attire choice makes either him or Cole an outsider, which should never be the case for a faction that has a dominant color. Going with the rare one-off outfit was a questionable decision that would have been far more forgivable if we’d gotten a few other Strong figures earlier. 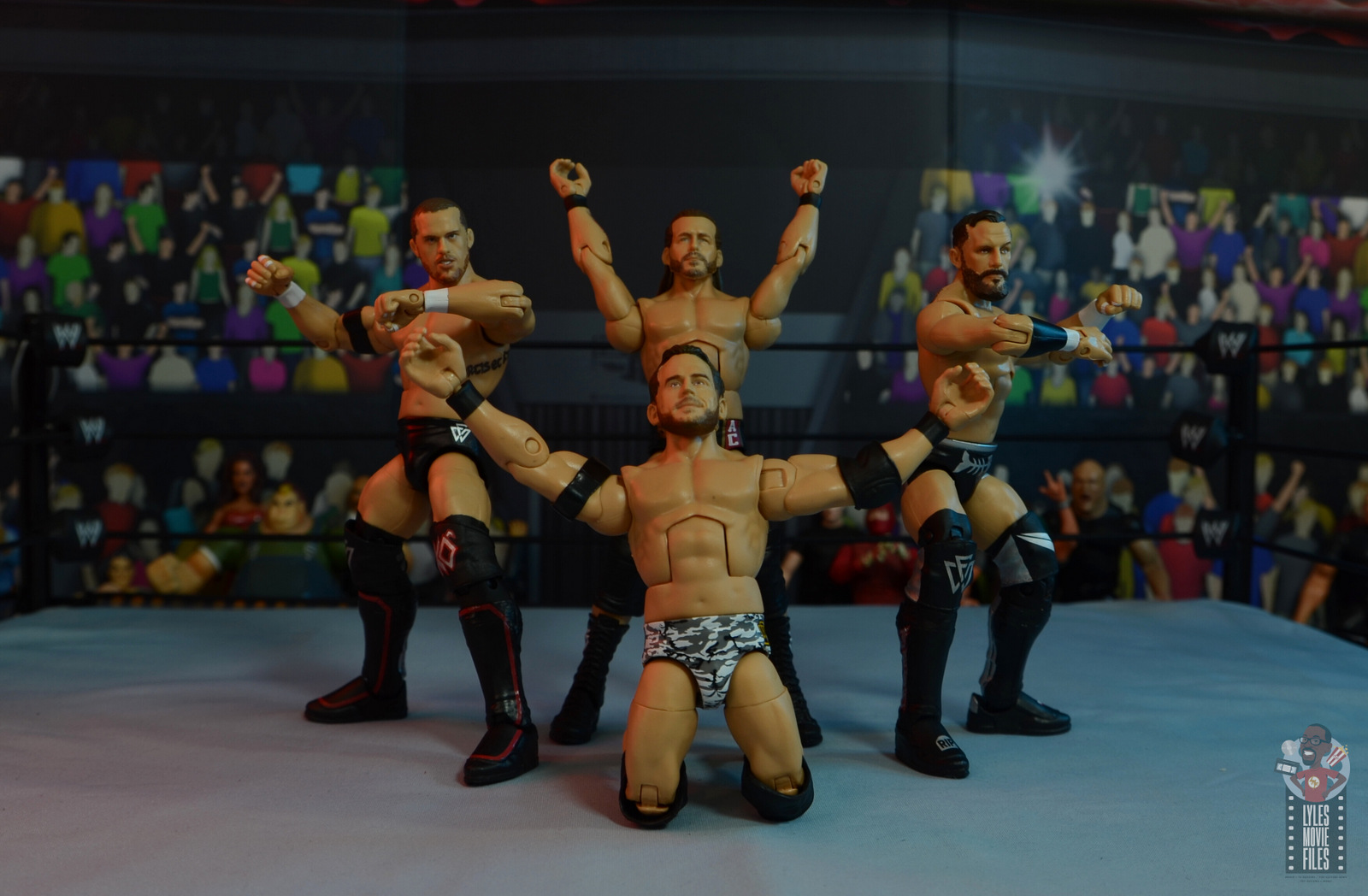 Where to get it?  I got him from RSC, but if you want another option get him from Amazon or try your luck on eBay.