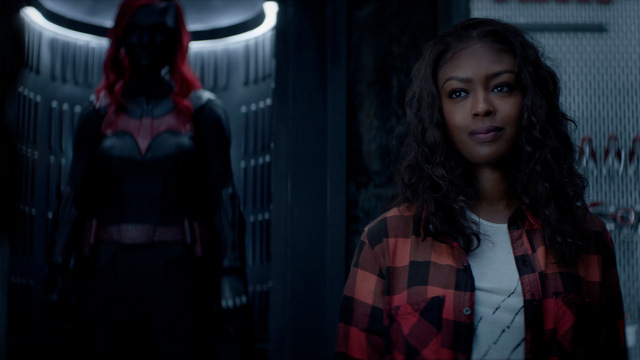 Prior Criminal History reiterated that Batwoman is going to be an immensely better show the sooner the writers will just make a clean break from Kate Kane and focus on Ryan Wilder. There’s something to be said for a graceful transition, but Batwoman really just needs to close out the Kate era ASAP and not just try to fit Ryan into her life and subplots.

Instead, the showrunners are happy to find new ways to draw more links with Ryan and Kate. Two months ago on Halloween, Ryan was on the verge of getting mugged when she was saved by Kate Kane Batwoman. We get a bit more insight on Ryan’s crappy life as her stint in prison is quickly wrapping job interviews by hiring managers that apparently don’t bother to read resumes before calling in candidates.

Jacob and Sophie decide to take some initiative and interrogate Luke, Mary and Julia for some clues on Kate’s history as Batwoman. This seems pointless since there’s little they can do now. 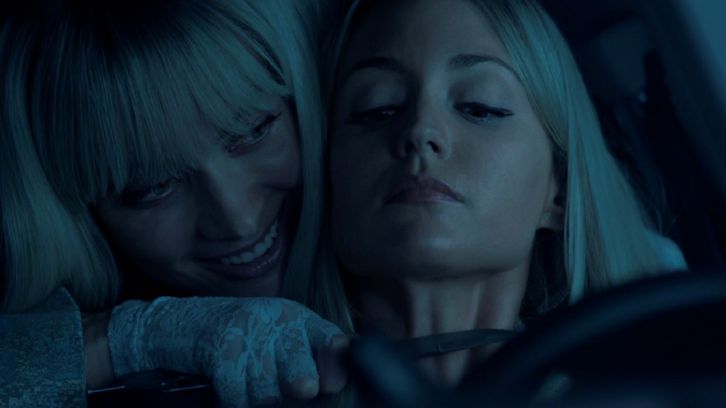 Ryan’s awful luck continues as she’s at a convenience store that’s being robbed. She fights off the muggers, but a cop assumes she did it and arrests her. Clearly Gotham does not operate in the real world. Of course the real world probably has better surveillance footage or access to the store owner who could tell them in 30 seconds that Ryan wasn’t the one who robbed him.

Still, this segment allows us to see that Sophie and Ryan have some interaction as Ryan kept getting brought down to the police station. These senseless threads feel so forced. Mary and Luke seem like the natural carry overs from the Kate era. Maybe Jacob and Sophie too, but only if it’s in the context of new dynamics. Not randomly trying to make connections that don’t need to exist.

Ryan starts connecting dots and realizes Beth is Alice. She asks Mary to help her find Alice so she can get payback for both of them.

Alice tries to partner up with Julia to take down Safaya, but failing with her recruitment pitch, Alice just stabs her with a butterfly knife to keep her occupied. I get the showrunners’ reluctance to move on from Rachel Skarsten’s inspired lunatic take on Alice, but she basically was the main character on Batwoman last season. 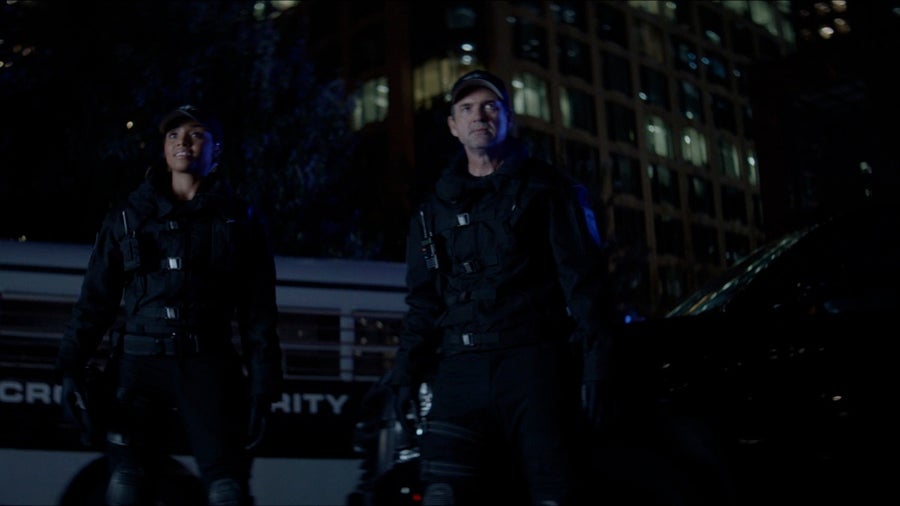 None of the Arrowverse shows benefit from a villain appearing in every episode. If Ryan is going to have any chance at succeeding the show needs to diminish Alice’s role significantly. Otherwise Batwoman is just going to be the Alice show again.

Ryan screams when she sees the bat Alice put in Mouse and helpfully explains it’s because she really hates bats. That’s funny because she’s going to be…well, you know.

A crowd comes to Gotham Plaza in a rally for Batwoman. This is kinda goofy in the sense that do they really think a Bat-character would just show up on demand? Luke says the obvious that people will recognize that Ryan isn’t Kate’s Batwoman while Mary encourages Ryan to just stay at a distance. Sure that makes sense.

Alice uses her teleportation abilities to come to the rooftop and confront Ryan, who has no problems with trying to kill Alice. Luke reminds Ryan that Batwoman doesn’t kill. But why not? It’s not like she has this lengthy career of being a shining beacon for Gotham. For Superman, this makes sense, but I’m not sure that checks for Batwoman.

Mary is upset that no one cared about Alice killing her mom. #Facts. Alice pulls a page out of the Batman playbook and uses a signal to summon bats to attack the crowd. This effectively outs Ryan as a new Batwoman as she has to engage in the crowd to find Alice’s device. Meanwhile, Alice has already teleported into Mary’s office. Clearly in Batwoman, Gotham is the length of three city blocks and Alice has the key to everything. 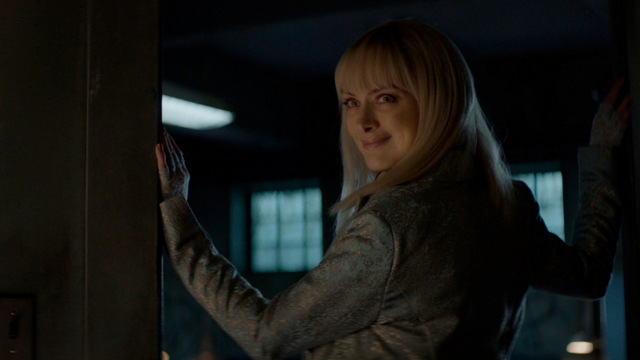 Alice wants to give Mary the cure for the poison she infected the bats with, prompting a creepy and ill-advised plot point as we’re in the middle of a global pandemic. Someone probably should have thought that through before approving the script.

Ryan finally gets the stamp of approval from Luke to stay on as Batwoman provided she doesn’t kill anybody even the super homicidal crazies like Alice. Ryan’s tour of the Batcave leads her to Kate’s journal where she sees the last entry about saving a girl who reminded her a lot of herself. That was kinda hokey, but I’ll cut the show a little slack. Hopefully this is the end of the reflections and memories of Kate although Ryan writing in the journal to Kate was a nice touch.

Prior Criminal History is a reminder that no matter who’s wearing the cowl of Batwoman, the show is still all about Alice.

Check out the first season of Batwoman on Amazon.