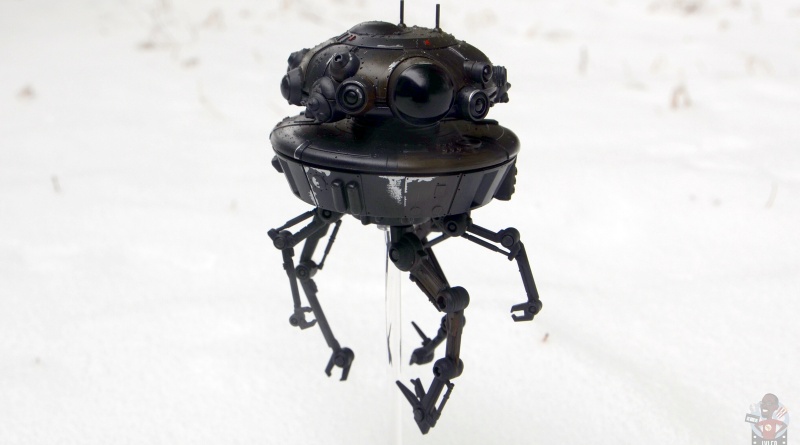 The Imperial Probe Droid has the honor of being the first character/droid on screen in The Empire Strikes Back. That’s pretty cool. I’ve been waiting on a snowstorm in Maryland to actually break out my Star Wars The Black Series figure of the Probe Droid — and all other Hoth related figures — and it’s finally come so it’s time to head out in the backyard and start shooting. Let’s see what we find…

Packaging:  The Probe Droid has the 40th Anniversary Empire Strikes Back tag with the awesome Luke vs. Vader silhouette on the standard black and red packaging.

Due to its color scheme, the grey scale of the Probe Droid is a little harder to make out than some others. This is labeled D3, presumably for Deluxe 3. The bio isn’t as cool as I figured it would be as it’s a bit vague. 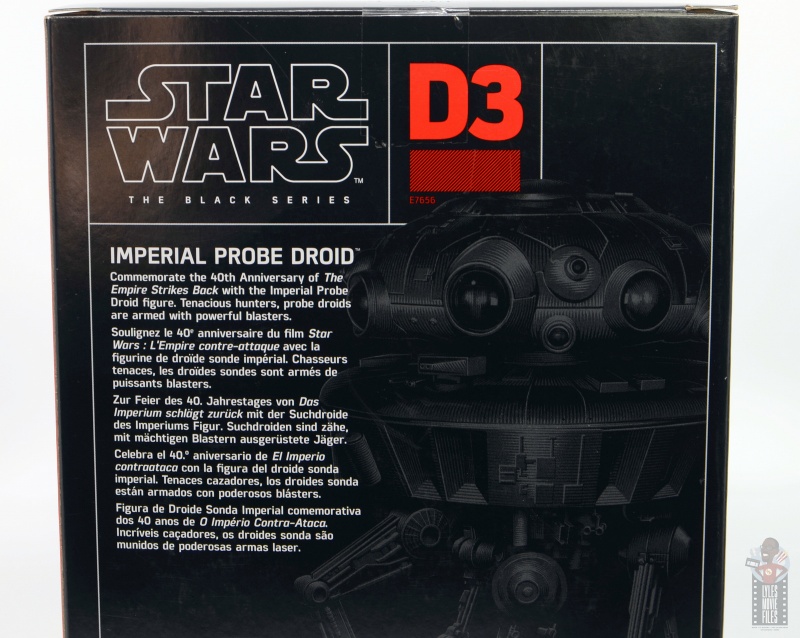 Likeness:  The Probe Droid doesn’t have a ton of screen time so there’s not an abundance of reference material. It does feature a creepy design and looks exactly like the kind of intimidating instrument the Empire would use to freak people out. 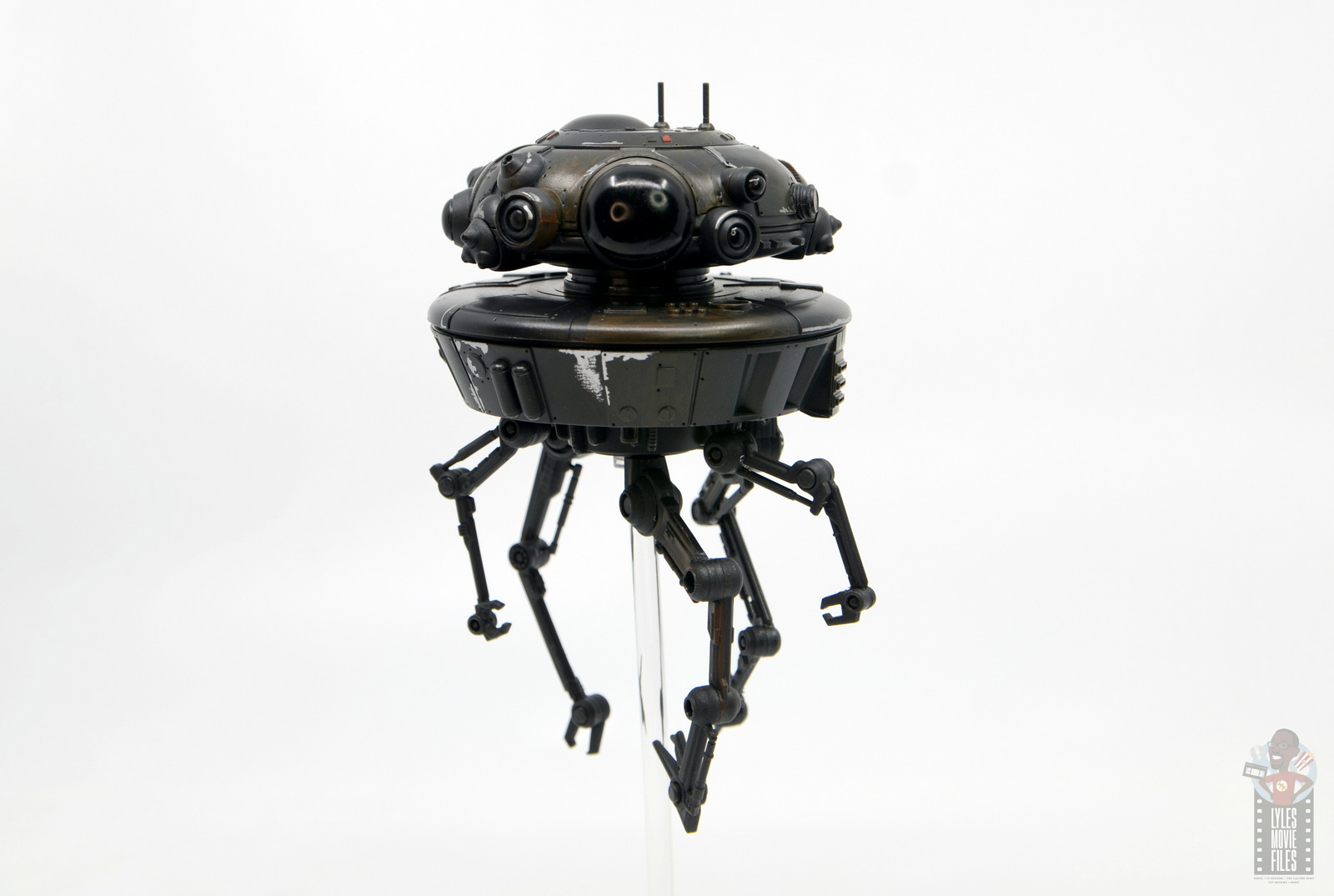 It’s got the spindly legs and wide body with all kinds of paneling, slots and rivets. The random sized “bug eyes” complete the unnerving visual.

Paint:  Hasbro could have gone with a quick and easy all black color scheme here, but added some weathering to show these aren’t the fresh off the assembly line Probe Droids. 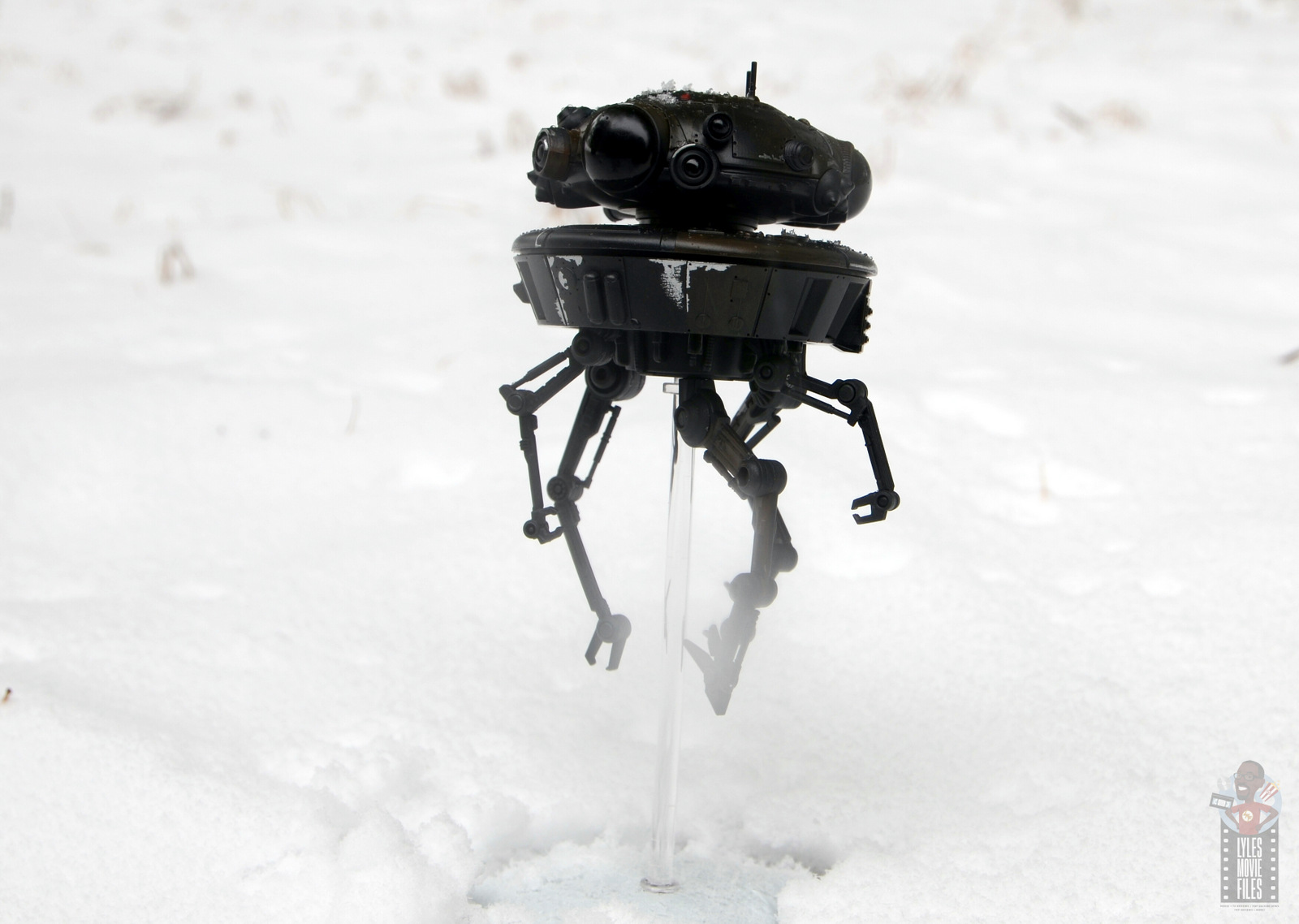 The silver scraping is a nice touch. Some of the red dials have a little overspray although it’s nothing major. His “eyes” have a nice translucent look to give it more of a viewfinder visual. 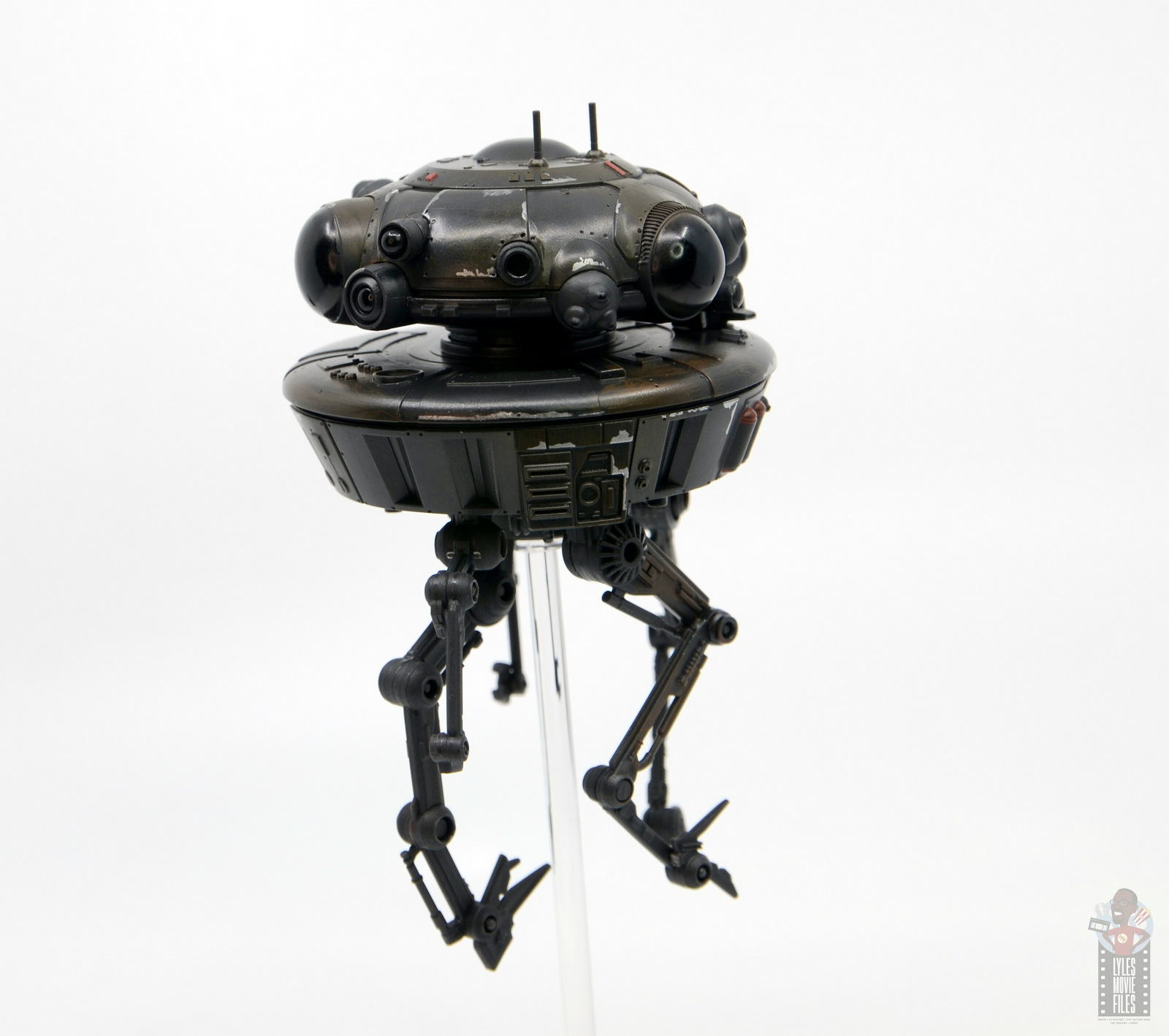 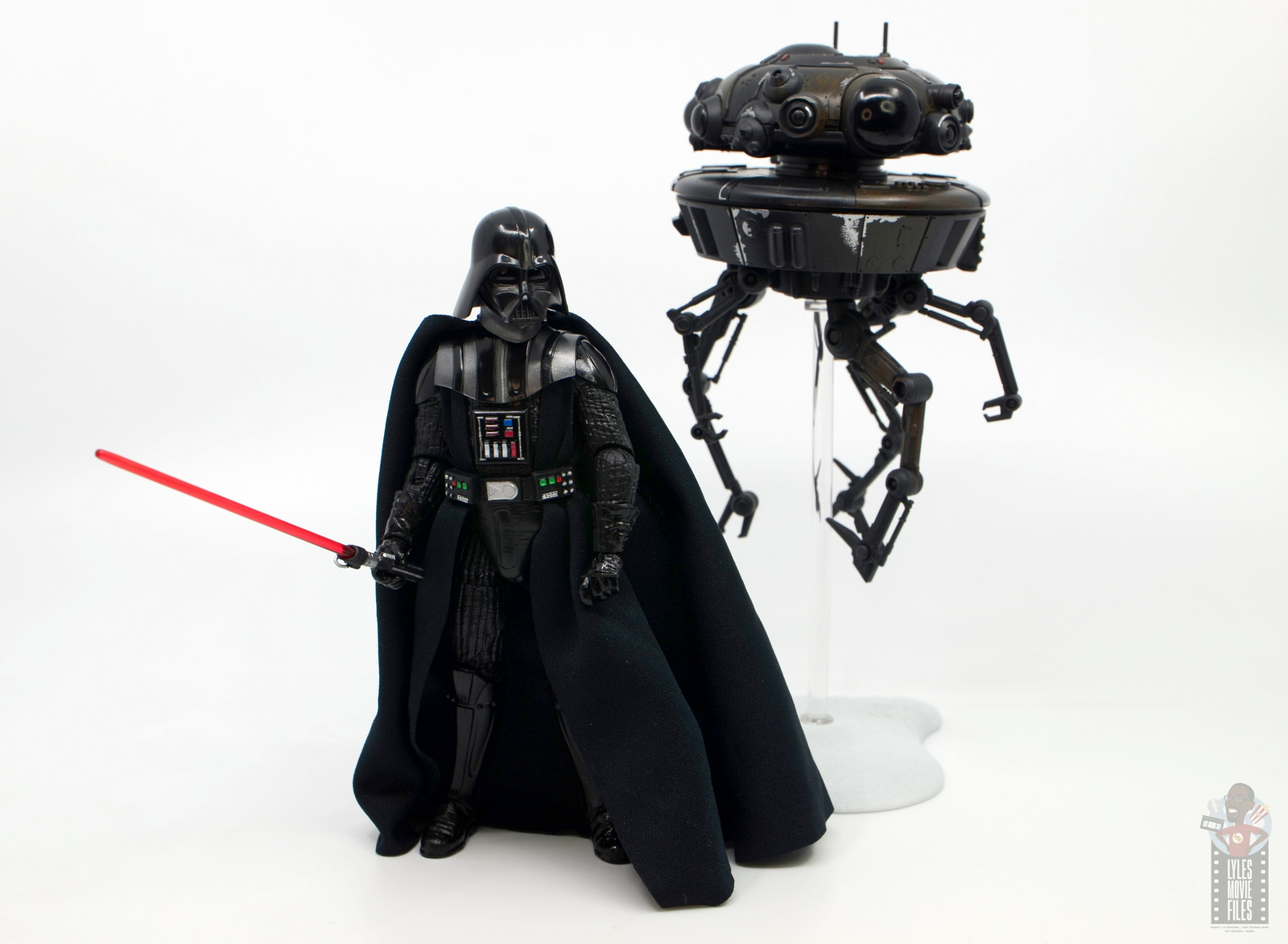 Scale:  I’ve always thought the Probe Droid was relatively small, but Hasbro didn’t chump out on the size of this guy at all. That would have been easy since he’s only seen from a distance away from every other character. 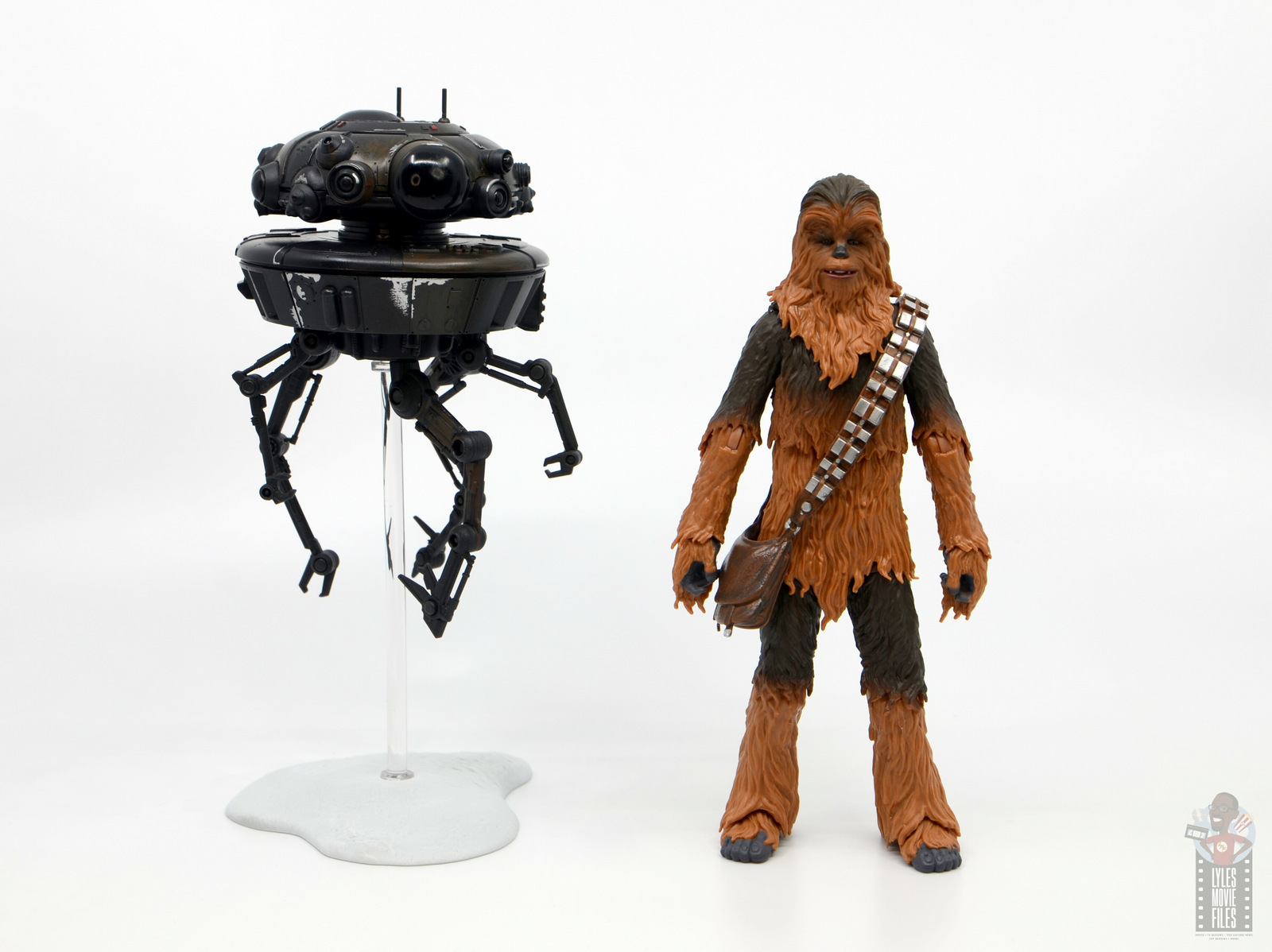 Articulation:  The Probe Droid’s legs are articulated at the midway joint and can spread out a reasonable distance. Its neck turns and its antennae pop up. 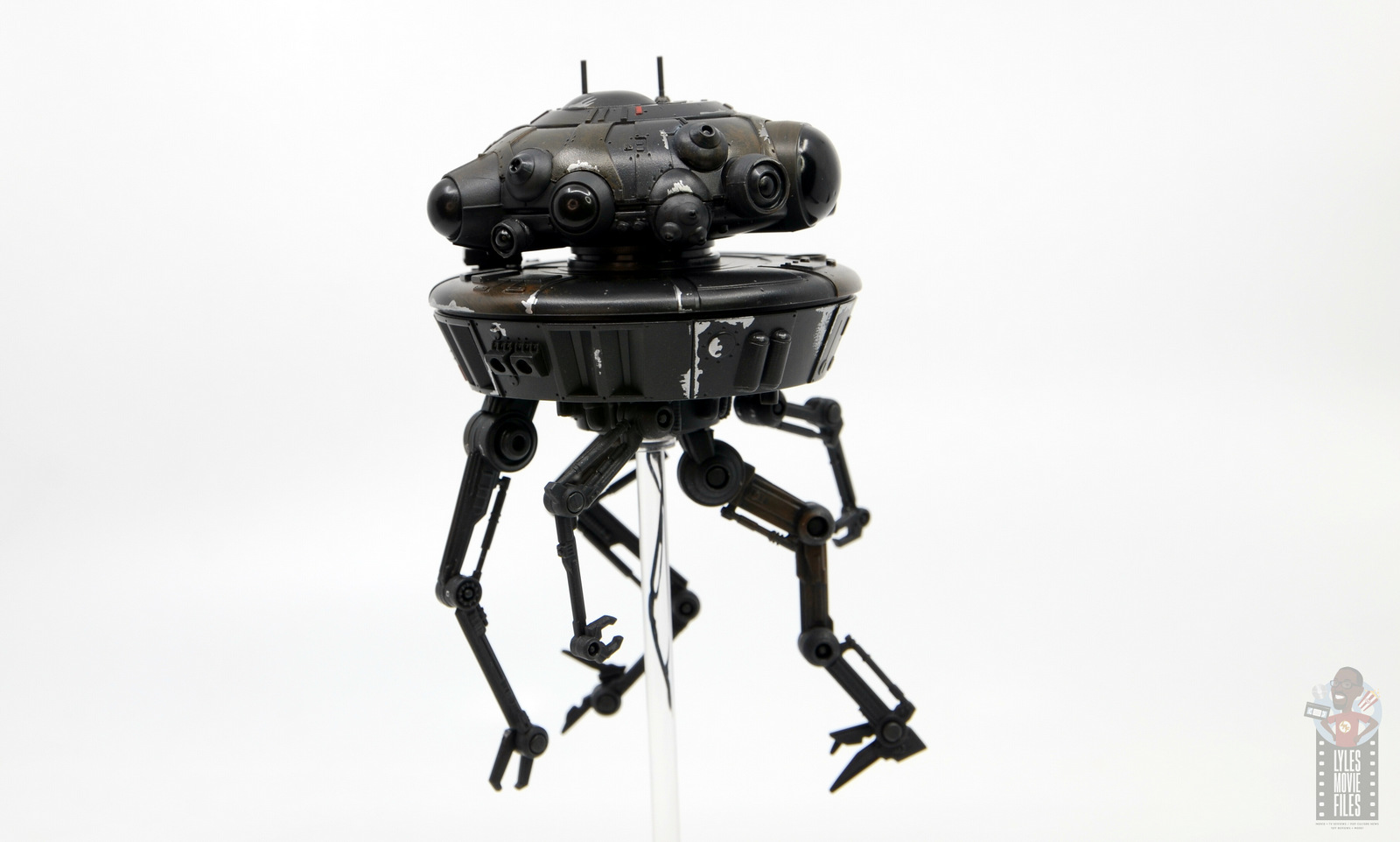 Accessories:  The Probe Droid actually has a worthwhile extra as it comes with a flight stand. This is very useful addition and in the snow is hidden relatively easily. 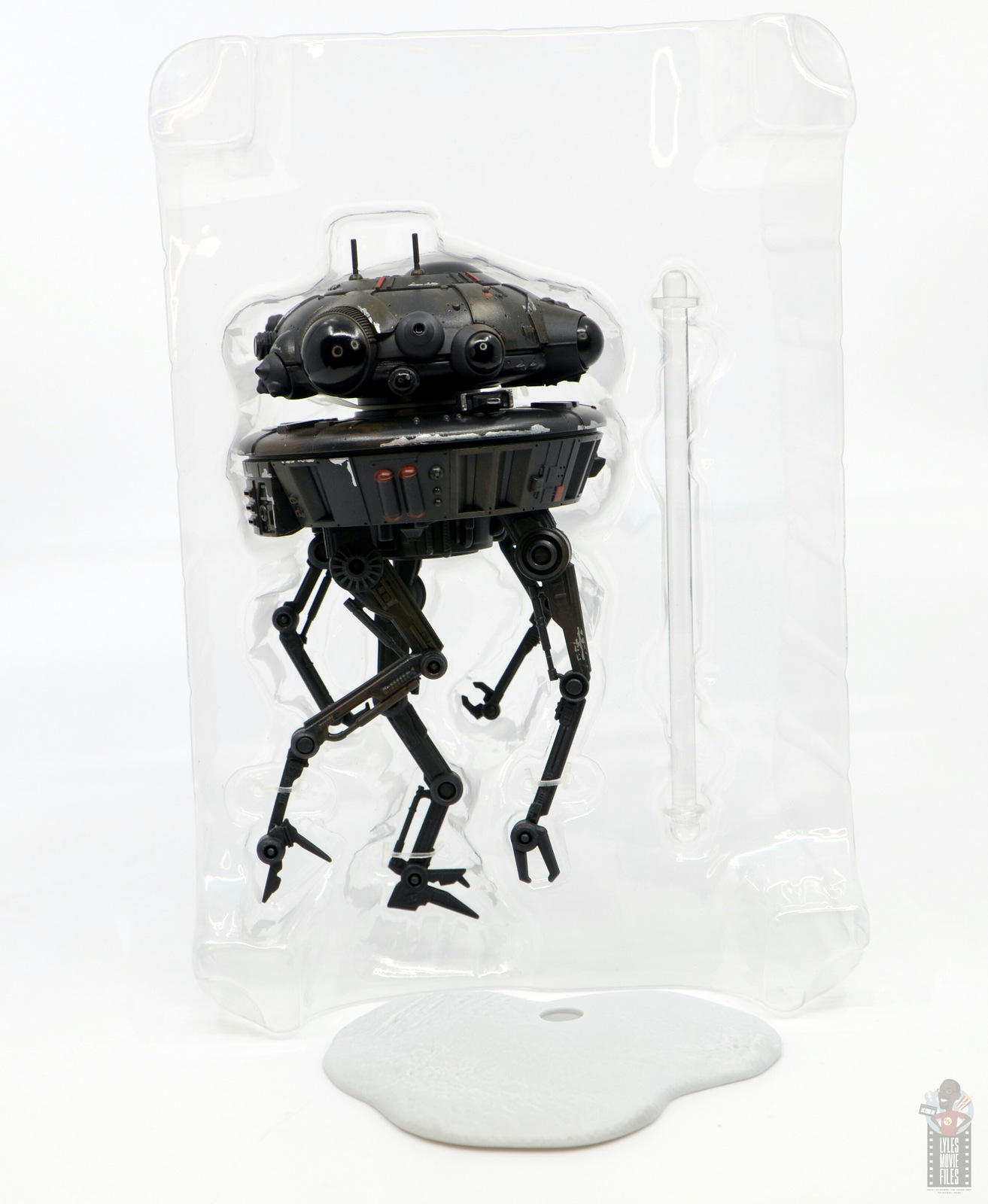 Worth it?  The Probe Droid was something I really tried to hold out for the best price on and that patience finally paid off when I got it for $15. It’s not that I thought the standard $30 was an awful price, but Black Series deluxe figures tend to get see significant price cuts over time. 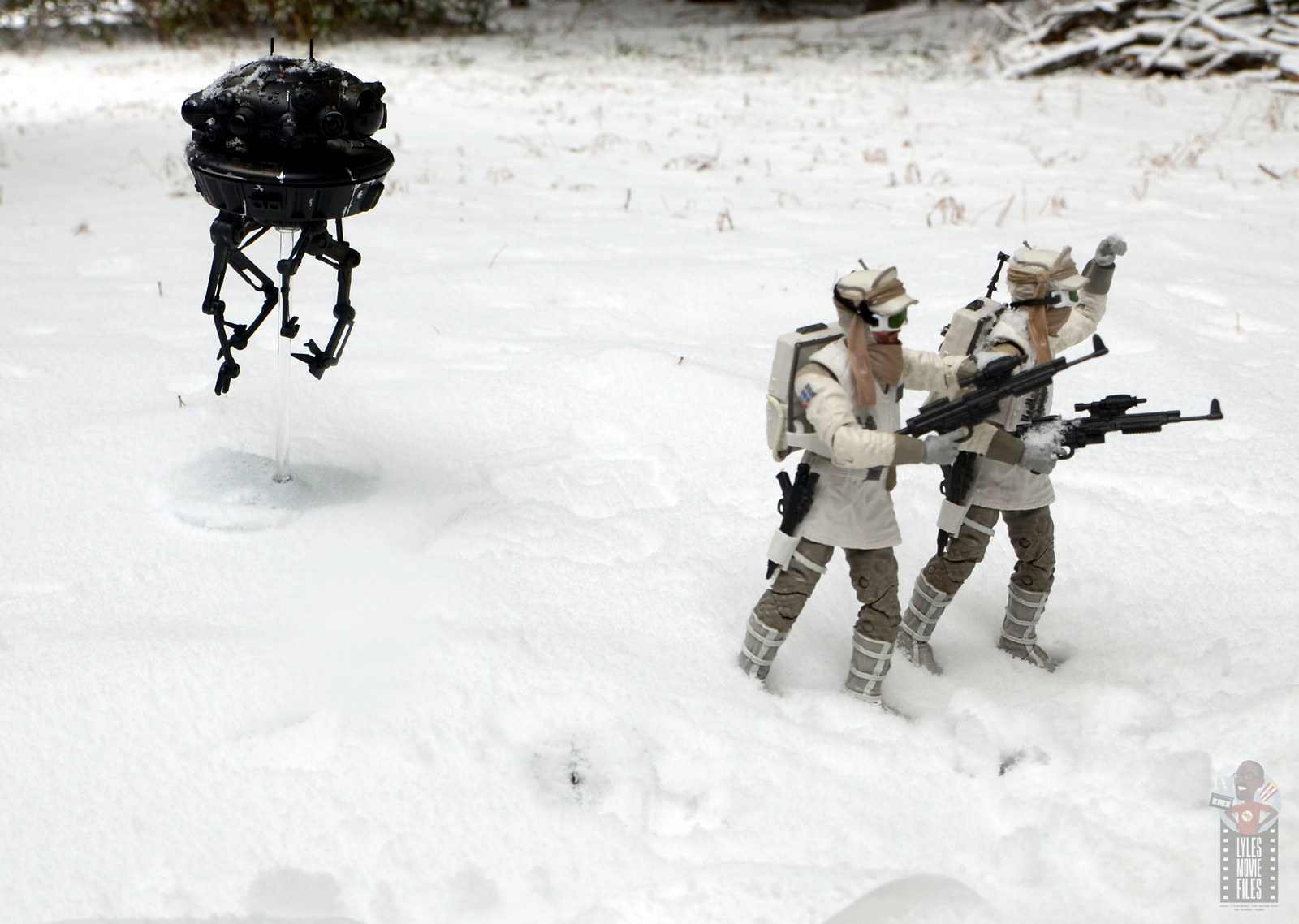 There’s not much more I could ask for from this figure and Hasbro really delivered above and beyond with the Probe Droid. It’s definitely a must-get for your Hoth collection.

Where to get it?  I got the Probe Droid at Target, but they seem to have finally sold out of their stock. Amazon seems to have it in and out of stock now. 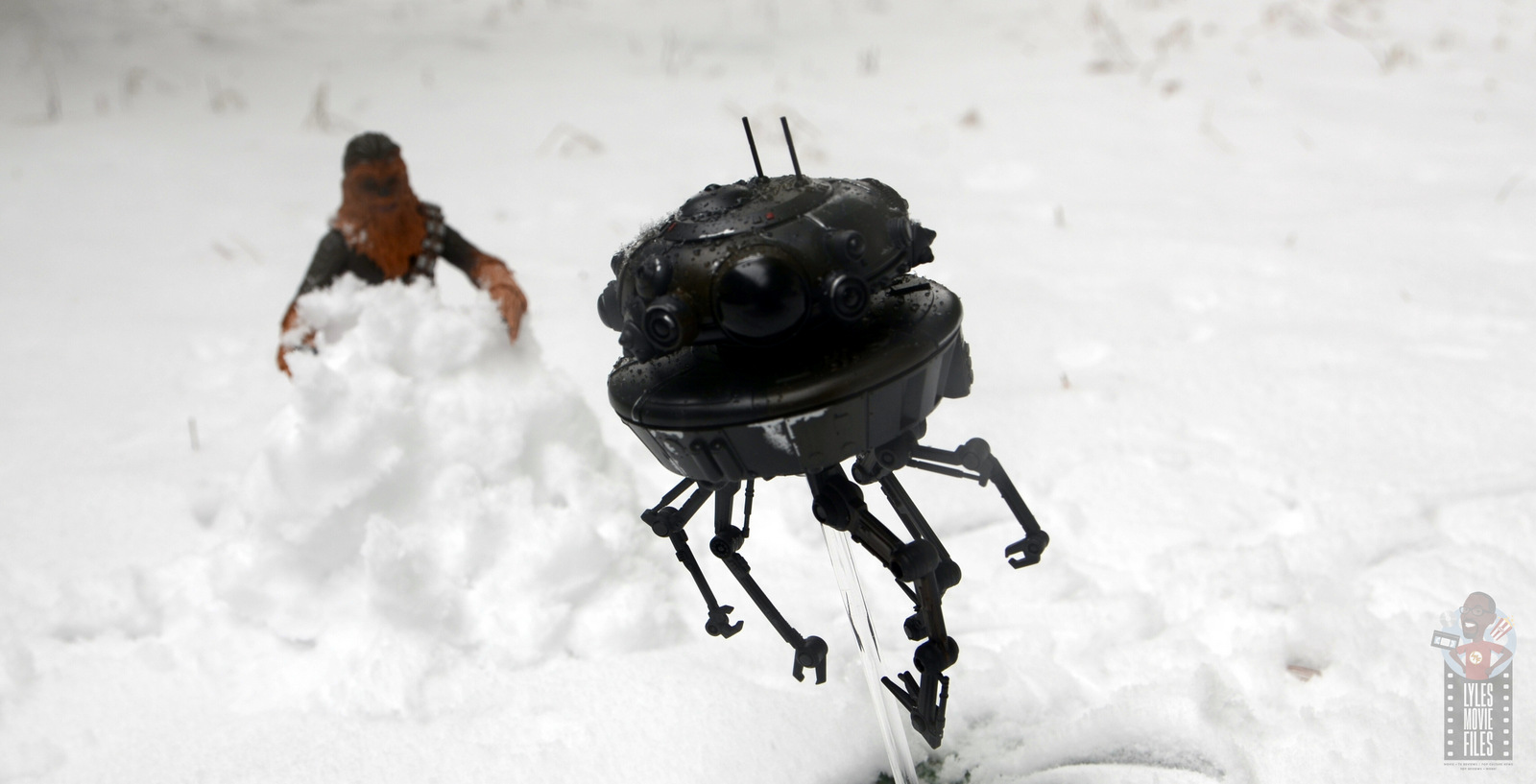