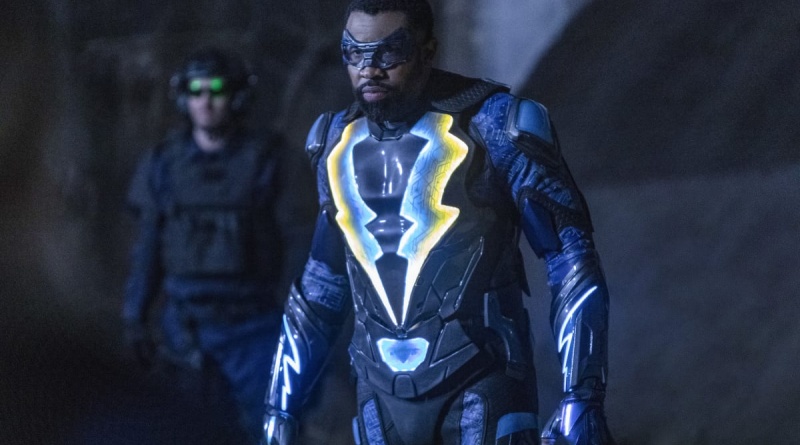 The pandemic is just underway and no new shows are coming. Plenty of time to catch up to Black Lightning, I said. Famous last words. Anyway, as Season 4 is underway I’m finally recapping Season 2’s finale with The Book of Apocalypse: Chapter Two – The Omega.

This was a solid conclusion to the whole Jennifer earns her stripes as a hero arc while providing the kind of superhero action that low-key Black Lightning is doing better than any other Arrowverse show.

Gambi arrives to help a wiped out Jenn and in the process gets a little radiation burn for his trouble. Black Lightning and Lynn try to track down Dr. Jace leading to one of the more satisfying beat down sequences I’ve seen in a while with Lynn straight bopping Jace on her head like a whack-a-mole. It was glorious. 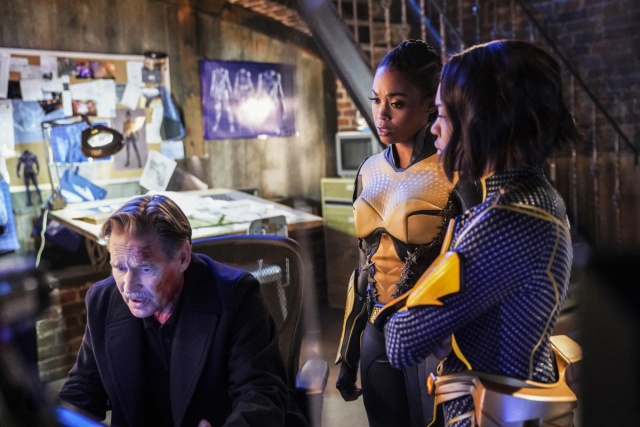 Dr.Jace knows a losing hand when she’s got it and strikes a deal to get under police custody and avoid getting killed by Tobias. Good luck with that. Has Dr. Jace ever seen a movie where the police are trying to protect a witness when a killer is after them?

Tobias has figured out a pretty sneak way to dampen Black Lightning’s power by causing a massive power outage through Freeland. It’s not something he can pull every week, but it’s effective here especially after he sends the Masters of Disaster on him and Thunder. I hope in the rematch Tobias can spring for costumes for his bad guys. The MOD look pretty imposing and their powers are showcased very well, but they just look like regular dudes you’d run into at Target after working a bouncer stint at the club.

Giselle has finally had enough of Tobias, which sends him on a temper tantrum as he unleashes the comatose metas. I thought this scene was going to have more impact than it did, but the metas were basically casually rounded up without much fuss…with a few exceptions. More on that later. 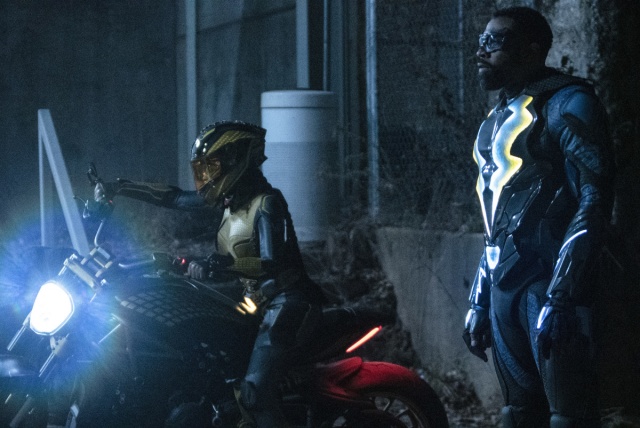 While Giselle is content to just roll out on him, Latavius finally arrives to get his revenge. But it’s a no go as Tobias has his injury cheat code on and for all the build up, Latavius gets taken out with no trouble and seemingly loses his powers as well. At times the writers have made Tobias too unbeatable just for the sake of keeping him around. That’s not the best approach as a little vulnerability from the main villain would make it seem more likely he will take a meaningful L.

Jennifer doesn’t have Latavius’ problems and comes thisclose from killing him when Black Lightning arrives to make the save — but for her or Tobias? We get a nice Tobias/Black Lightning fight that ends on a highly satisfying note with Jeff and Jen knocking him the shock out.

While the dust settles, Odell has taken the time to round up some of the metas on the loose and placed them in tubes including Wendy and…Khalil? Nobody stays dead on these shows, huh?

Finally after so much heartache and pain the Pierce family can kick back and enjoy a well-earned victory as Freeland is getting back on its feet. And Rev. Holt is on the mend after Giselle’s near fatal attack. 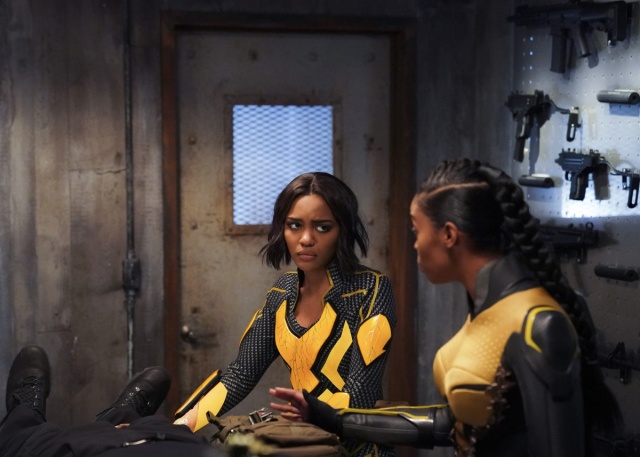 The joyous Pierce dinner gets crashed by Odell, who skips the pretense and tells them he knows their identities. He’s not outing them. Instead, he’s recruiting them. The Markovian War is coming and he needs soldiers to battle them and the Pierce family doesn’t get the option of skipping this fight.

That’s a pretty ominous setup for Season 3. This season had some ups and downs with too great a focus on Jennifer and Khalil, but the Markovian War and potential for The Outsiders definitely has me excited to check out Season 3, hopefully before Season 4 ends. The Omega left the series in a very good position going forward.

Get Season 2 of Black Lightning now on Amazon.