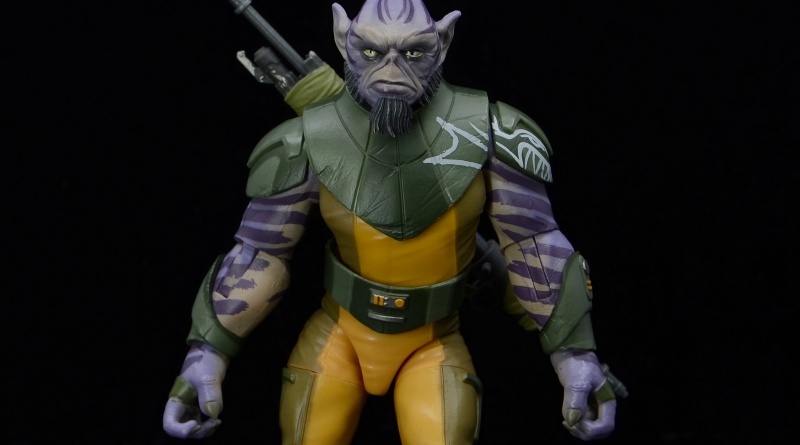 Zeb, or Garazeb Oorelios if you want to get formal, was the muscle of The Ghost crew on Rebels. While that’s a very niche role on a group that at one point included three Jedi, that’s still impressive and along with Ezra and Chopper, Zeb provided some much needed comic relief.

While the rest of The Phoenix Squadron got figures over the years, Hasbro took its time completing the team in its Star Wars The Black Series. Zeb finally got the call last year and I figured I waited until I got everyone at once before knocking out these Rebels reviews. Let’s see how Zeb stacks up with the rest of the crew.

Packaging: Zeb gets a slightly bigger box than the other figures though the style remains the same. This is a good indication of how Hasbro will treat two-packs with this much improved packaging style.

The packaging has the Rebels purple accent and the mural on the right side. His bio seems a little slight compared to some of the others and doesn’t feel like any details are being purposely excluded.

It might be redundant at this point, but the purple accent color and character portrait on the sign is a dramatic improvement over the old packaging setup. 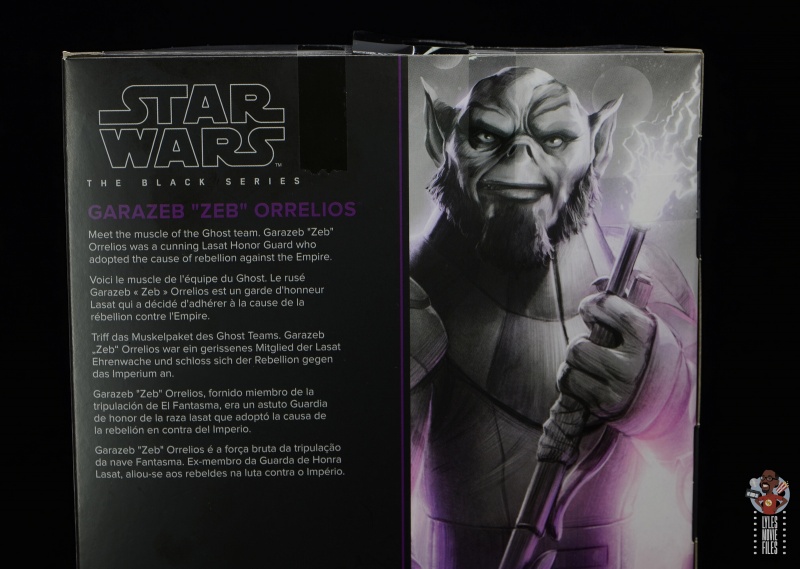 Likeness:  Zeb’s head sculpt isn’t as dramatic a change from the animated model although he’s been toned down somewhat to fit in more with the realistic take on the Rebels characters. 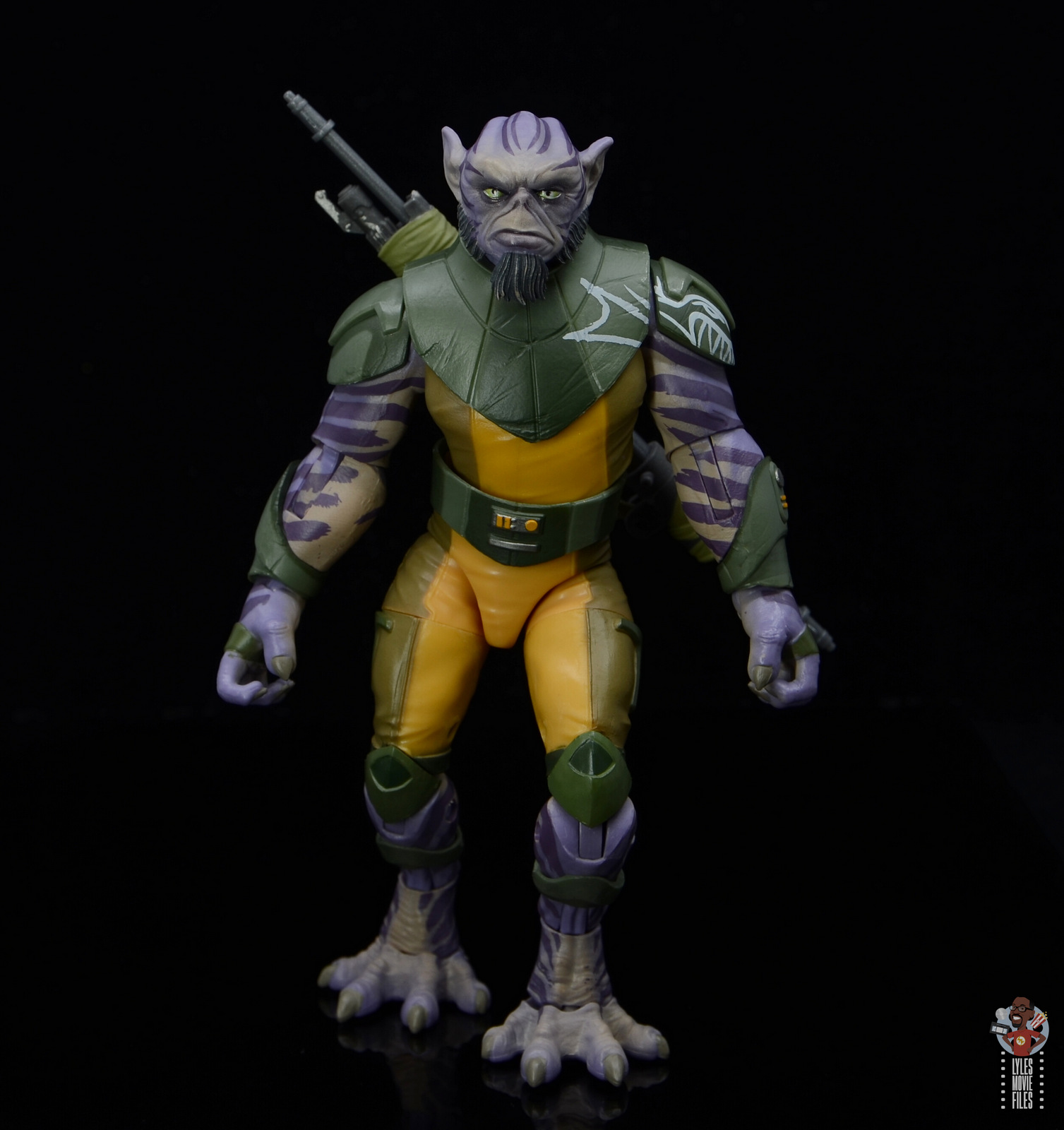 Hasbro didn’t cheap out with the sculpt at all. All of the elements of Zeb’s costume is fully sculpted with detailed elements like scarring on the shoulder/chest pad areas. His arms hang down farther than a normal human to help convey that ape-like visual. 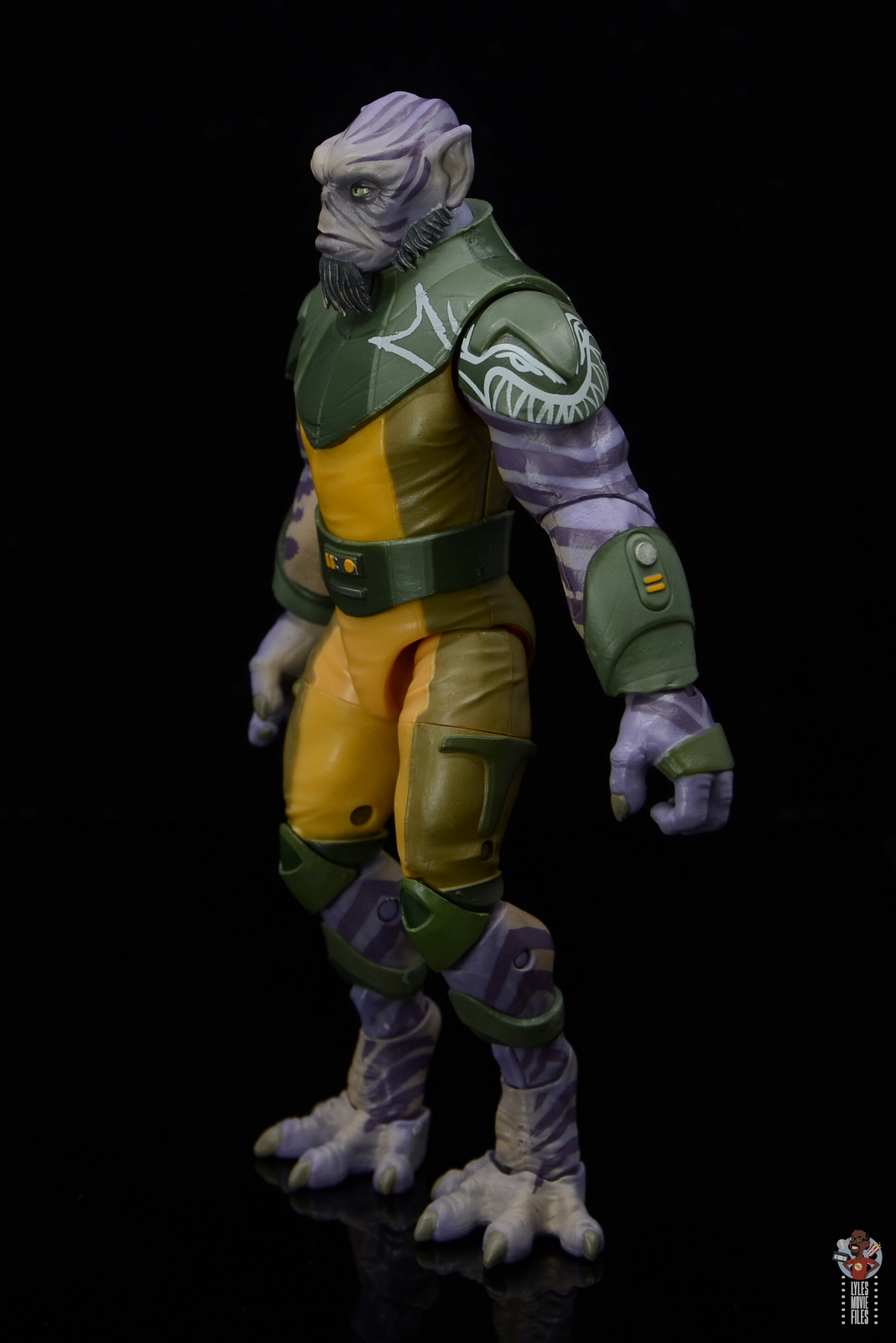 All of the seams/panels and pads are clearly defined as well. 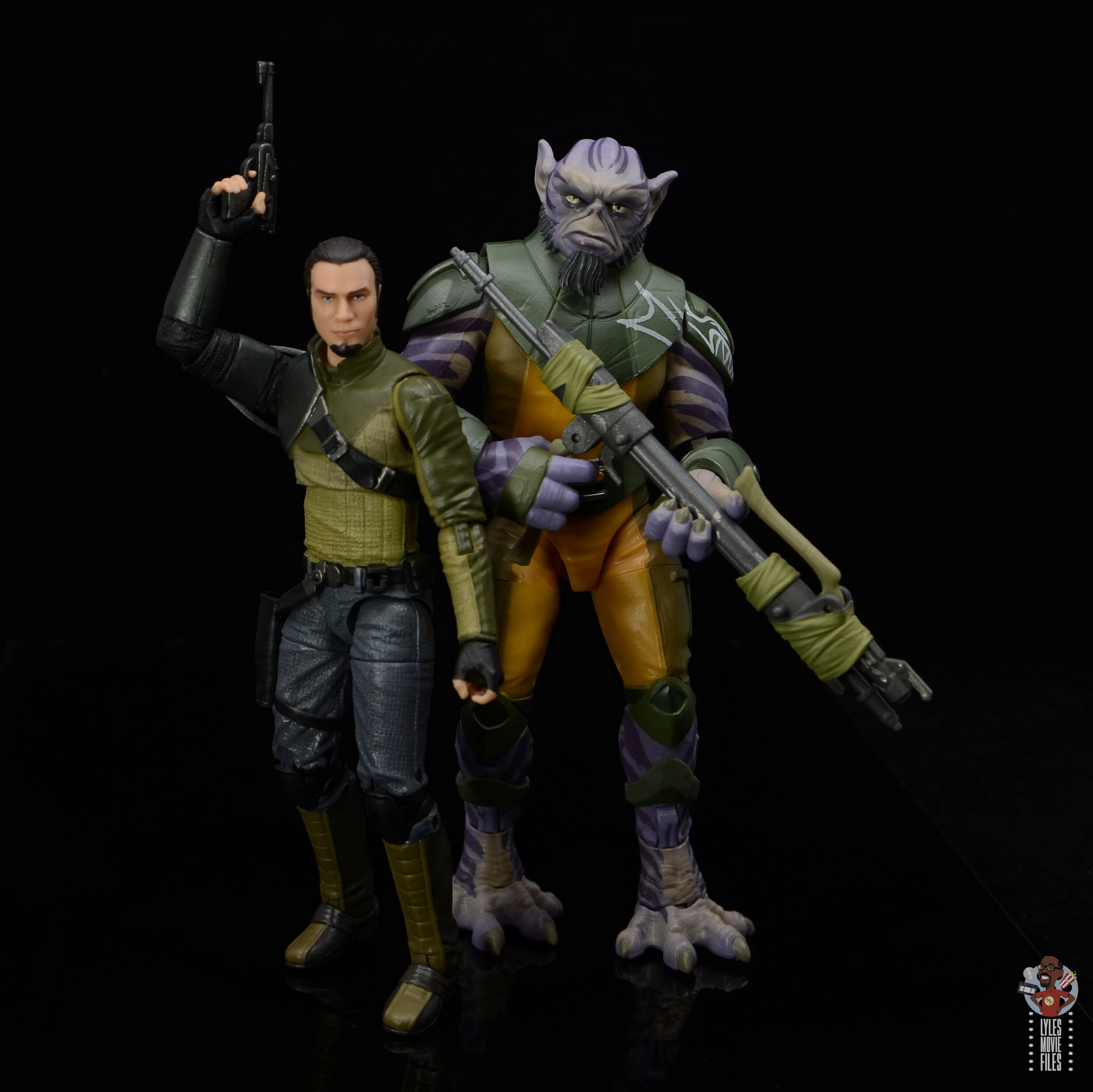 Paint:  The paintwork on Zeb is fine although his eyes are painted a bit darker green than they appeared on the series. You know the paintjob is on point when I’ve got to find minor areas like that to mention as opposed to major slop and overspray issues.

Scale:  He’s got a nice size to him that accurately reflects his stature compared to the others. 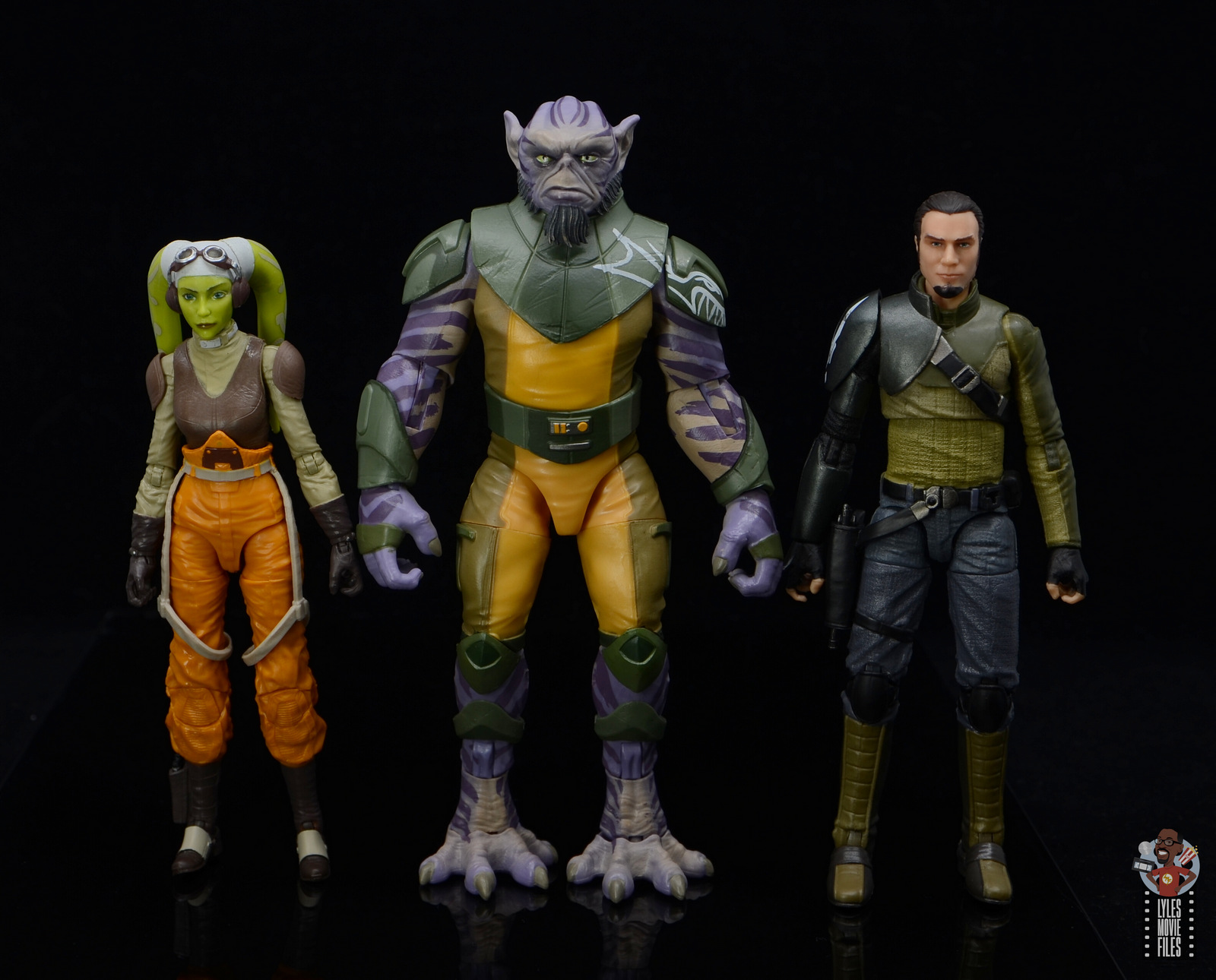 Zeb frequently slouched down while talking to the others so his full height is a little trickier to gauge. He’s definitely taller than the others, which is the important part. 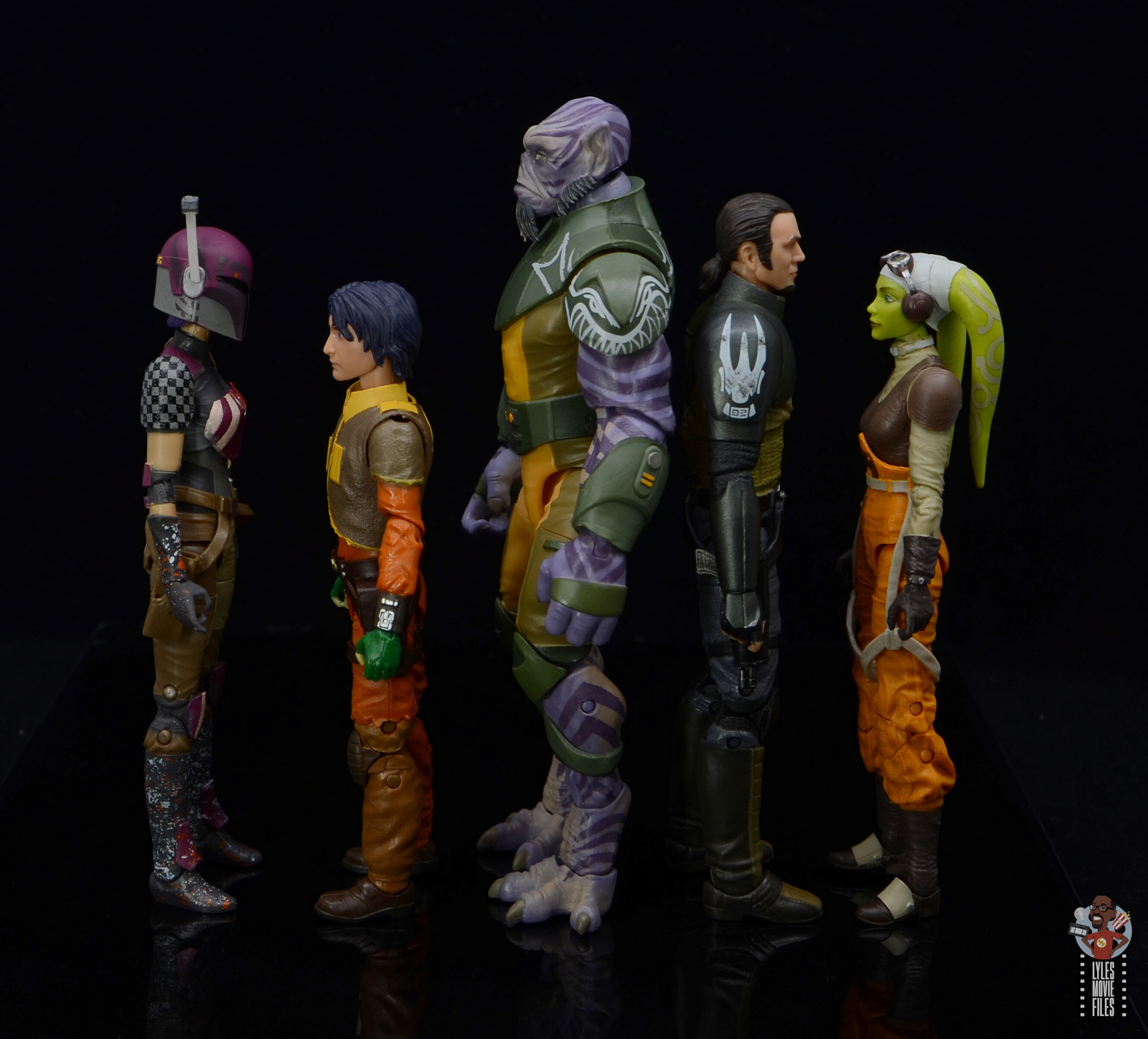 Articulation:  Zeb has easily the best range of movement of the Rebels. As a newer figure his articulation scheme reflects the more modern approach with the Black Series line. 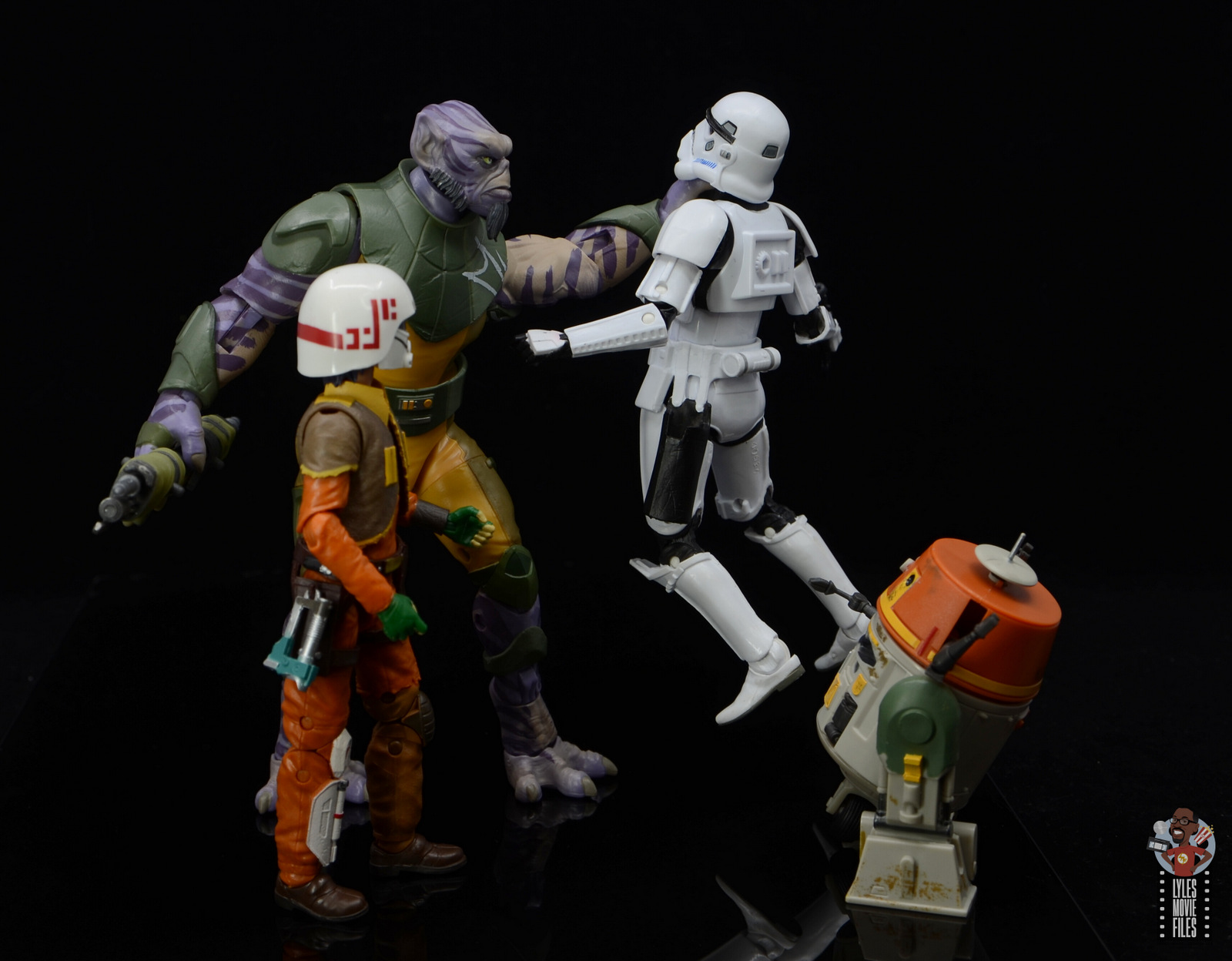 He’s not limited in many poses and can accomplish some fun postures while also being able to stoop down a bit lower to reflect Zeb’s expressive persona. 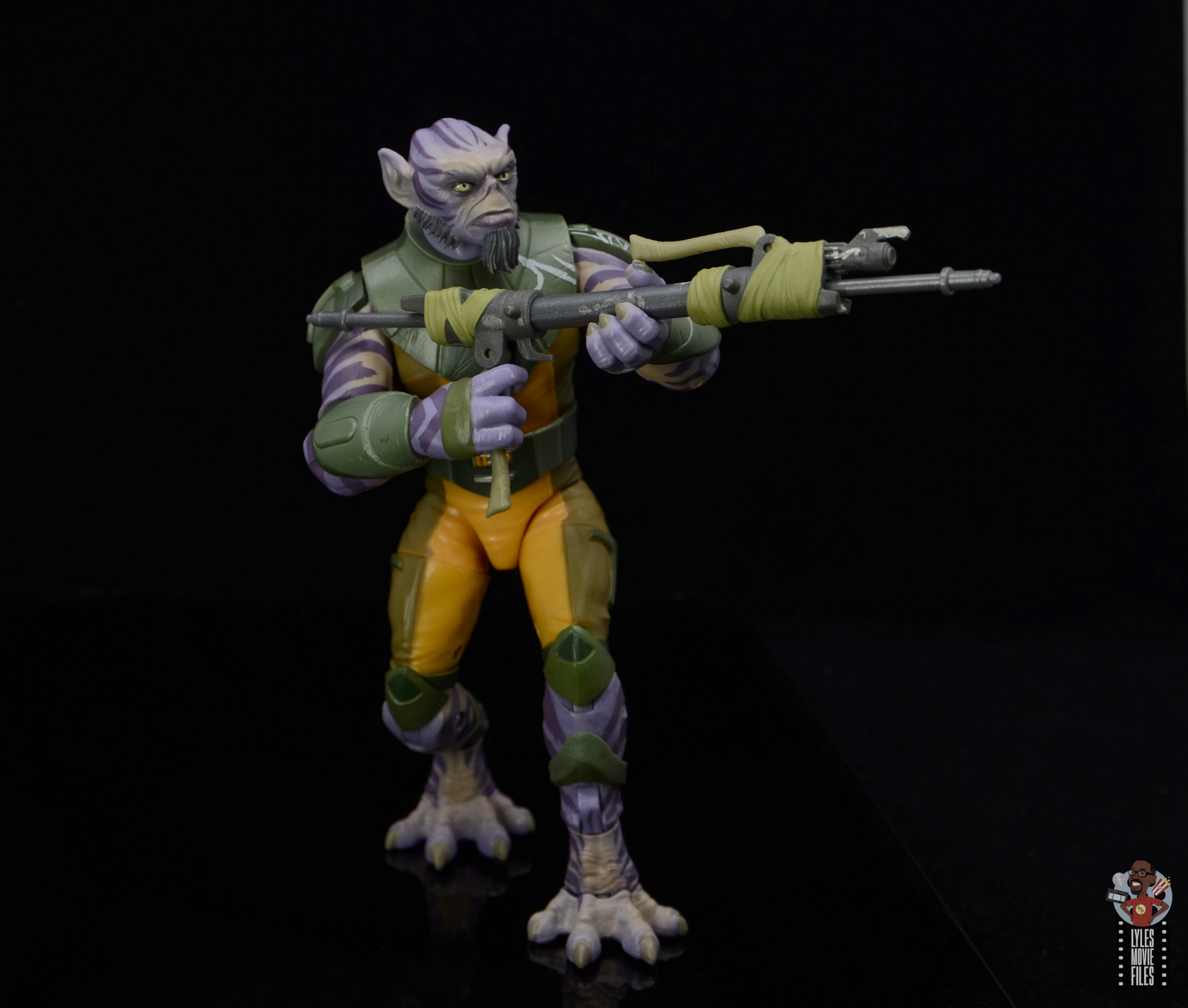 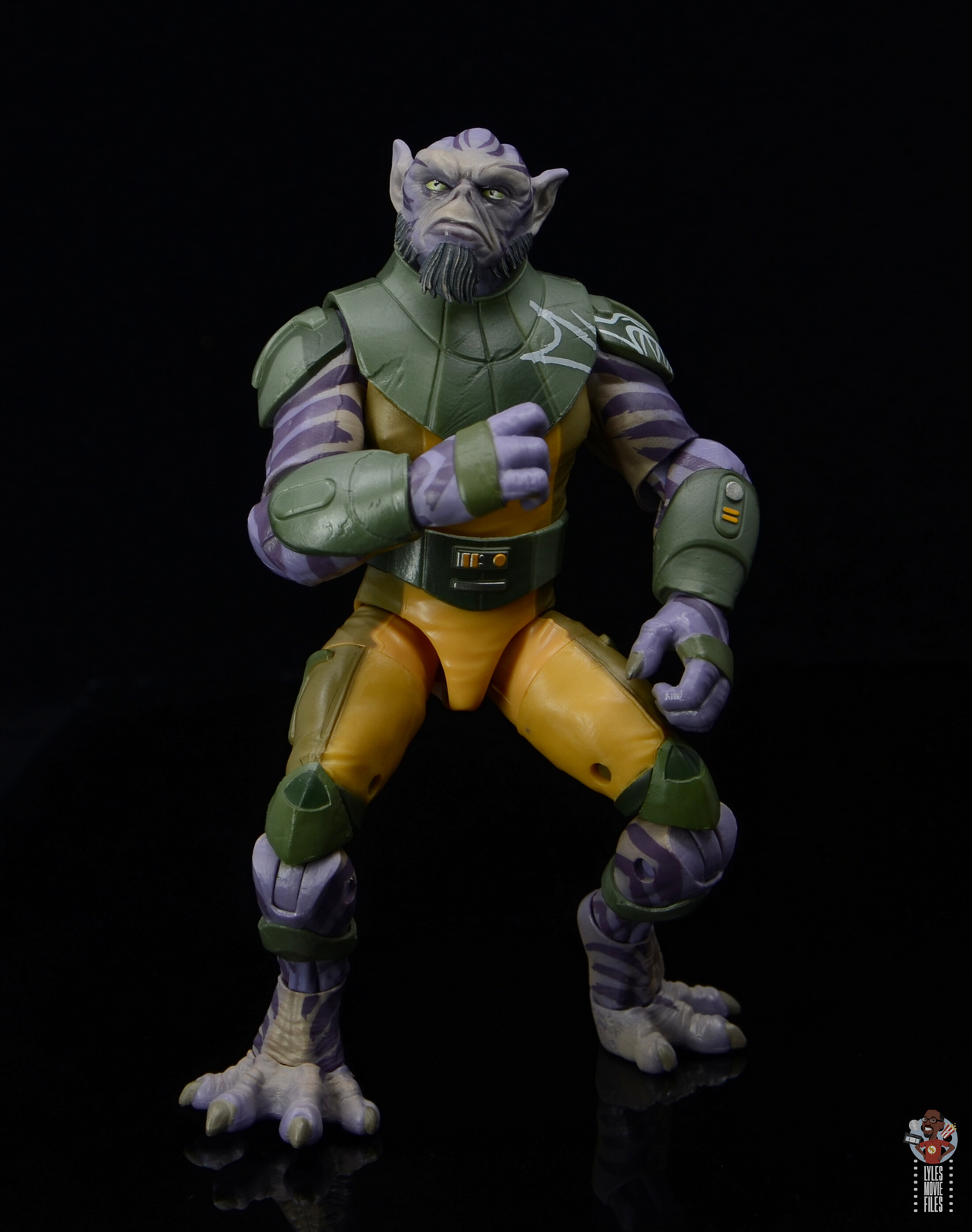 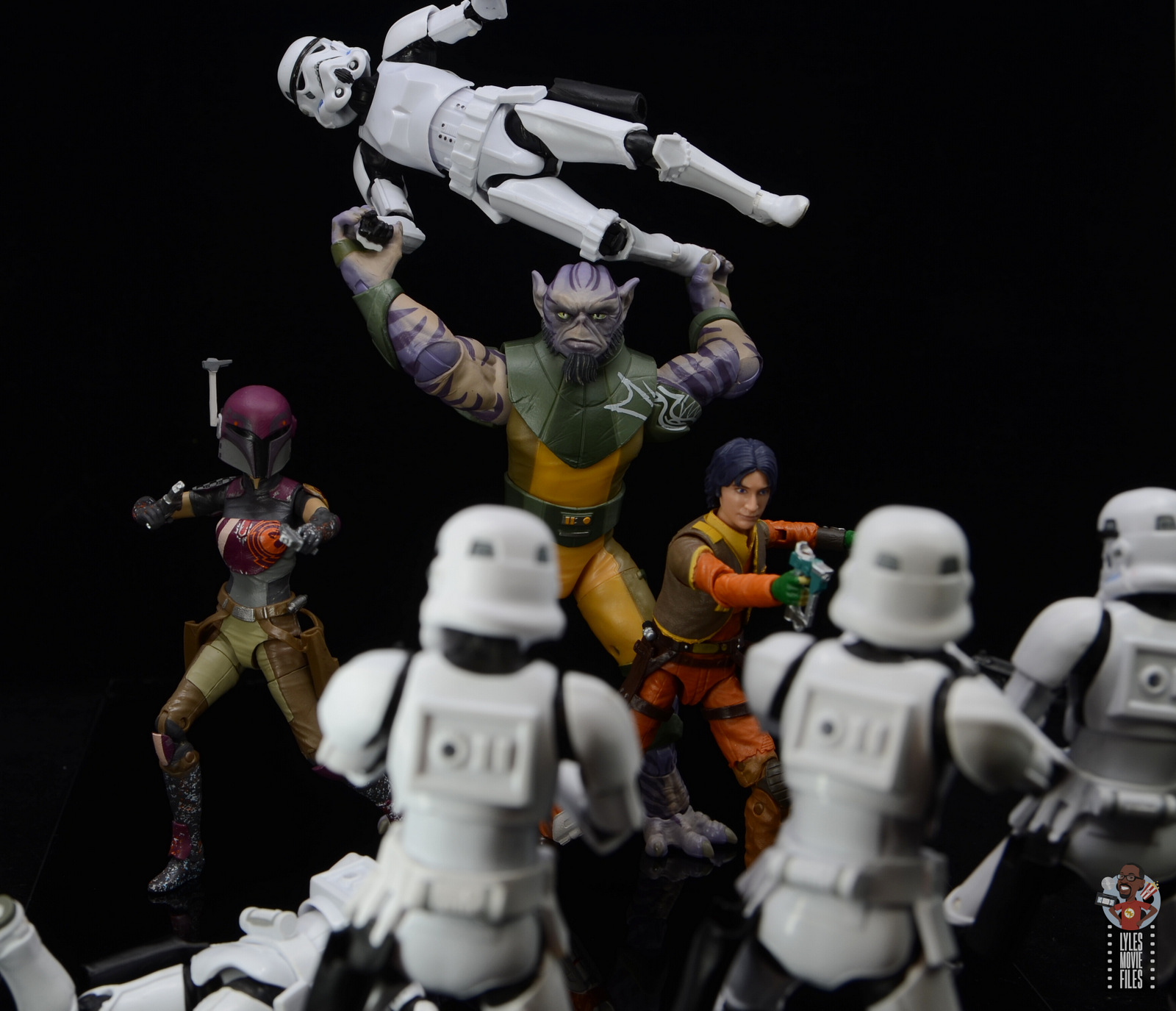 Accessories:  Zeb doesn’t have a ton of accessories and just has his Lasan Honor Guard AB-75 Bo-Rifle that’s a blaster/bayonet and electromagnetic pulse-generator. 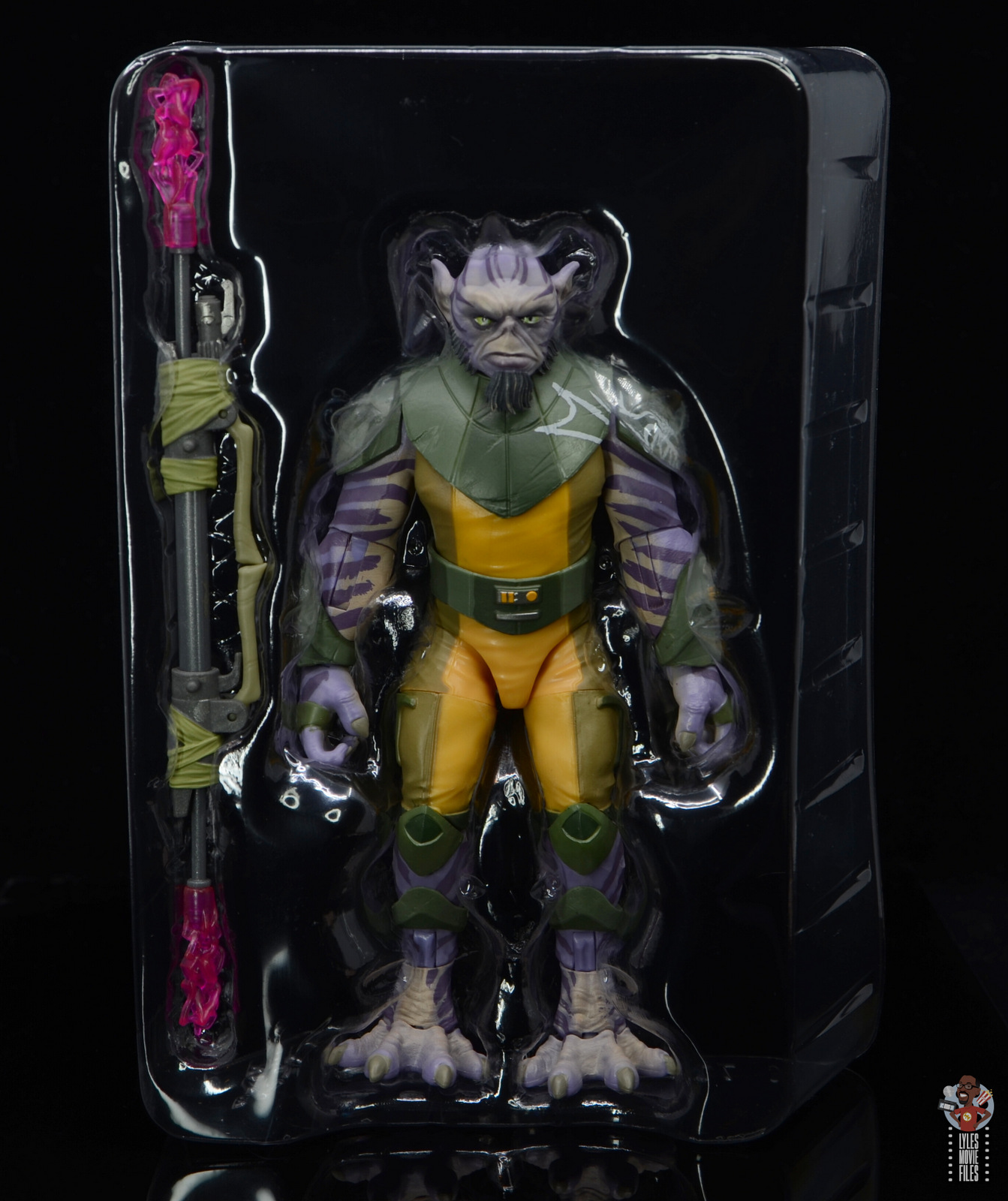 That’s a handy weapon and fits in both of his hands. Helpfully, the staff has two pegs that allow it to plug into his back. That’s useful as he would typically keep the bo-rifle positioned behind his back on the show. 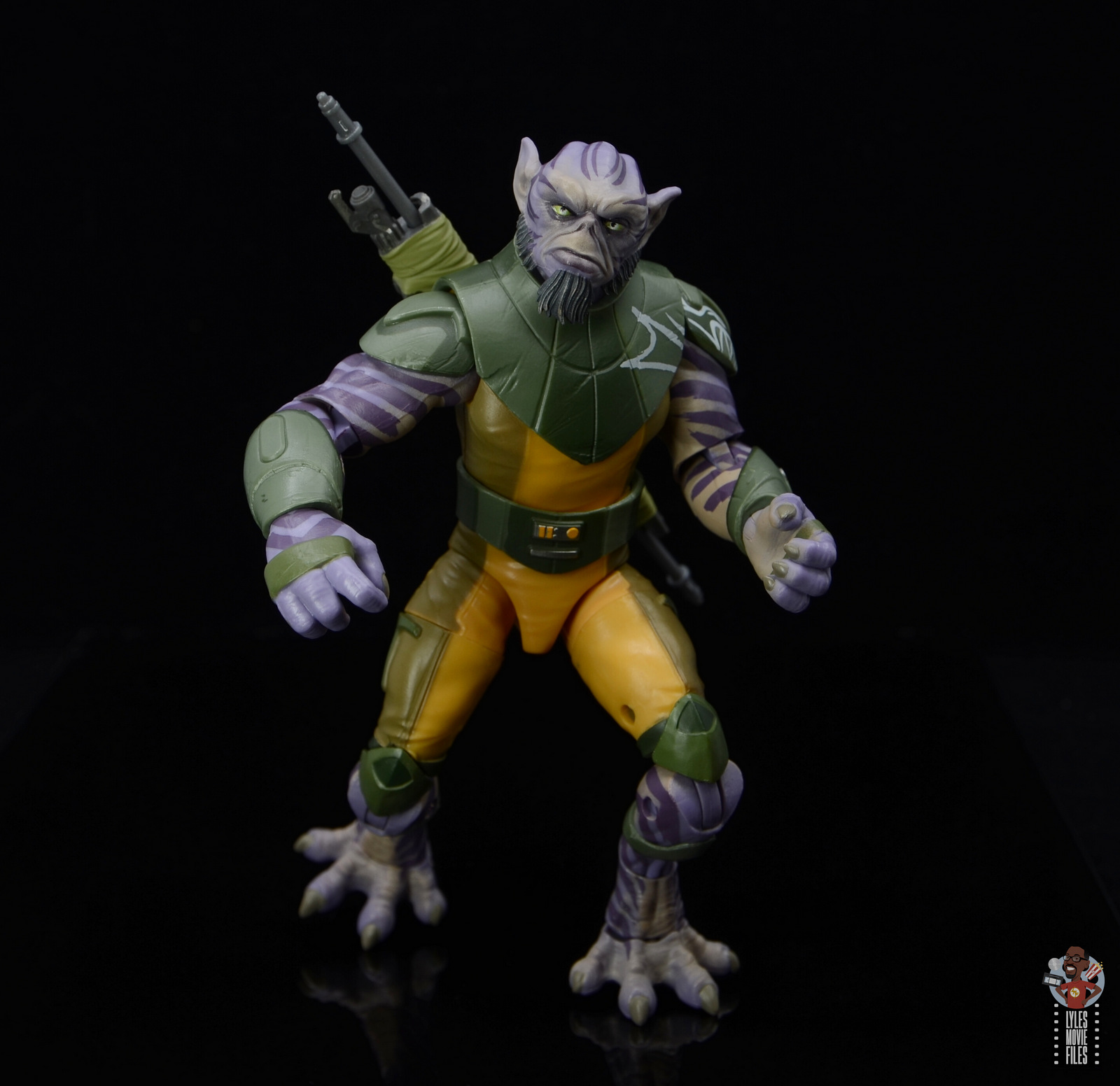 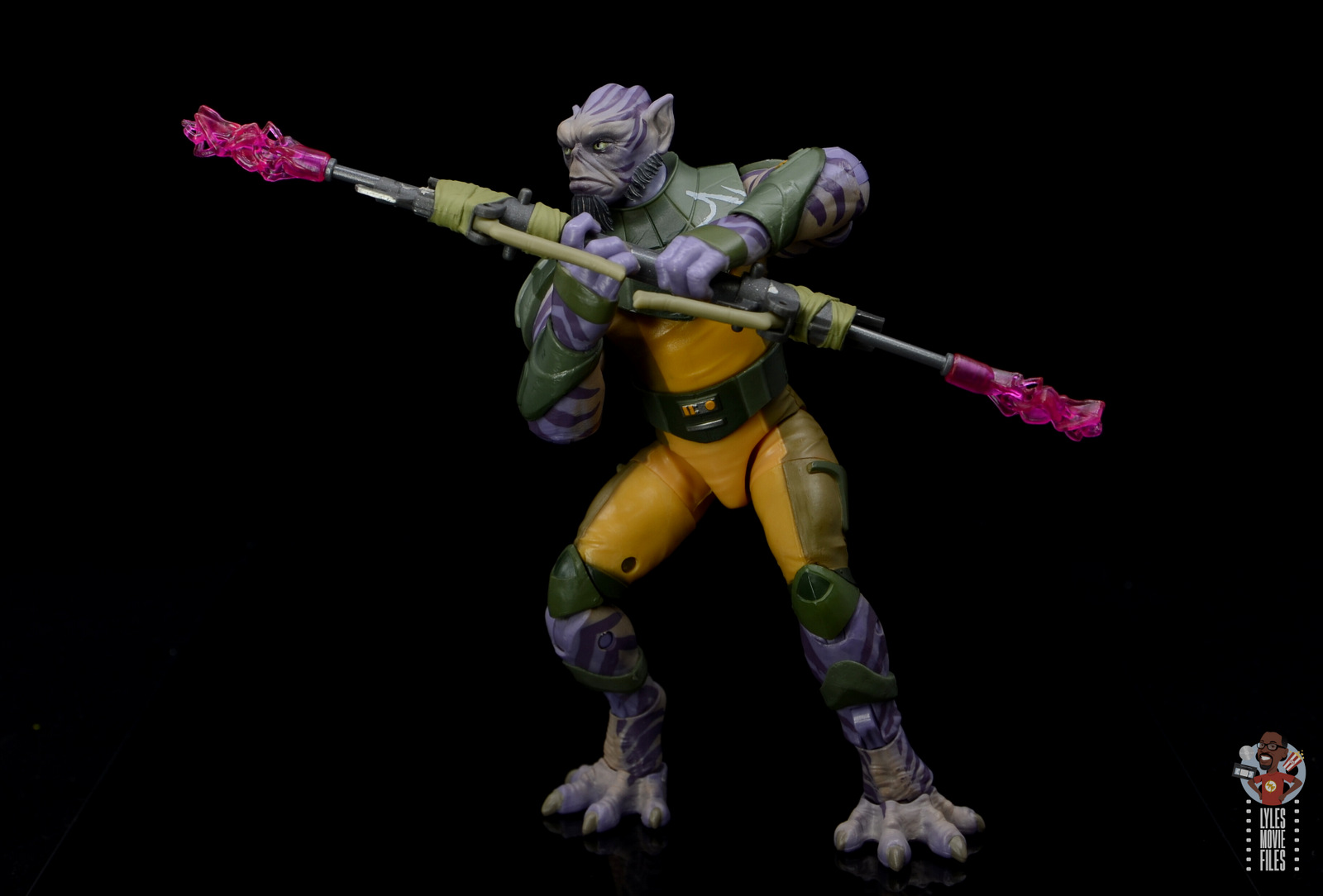 He definitely could have used an additional headsculpt like a smiling, mischievous one after he’s gotten one over on Ezra or Chopper.

Worth it?  Zeb is a deluxe sized figure and clocks in at $30. He’s an original sculpt with no parts reuse. I see the added value although comparing Zeb to what McFarlane Toys packs in its DC Multiverse line for $20 doesn’t exactly work in his favor.

Again, I’d love if Hasbro included some background element pieces to provide a bit more for the price tag. 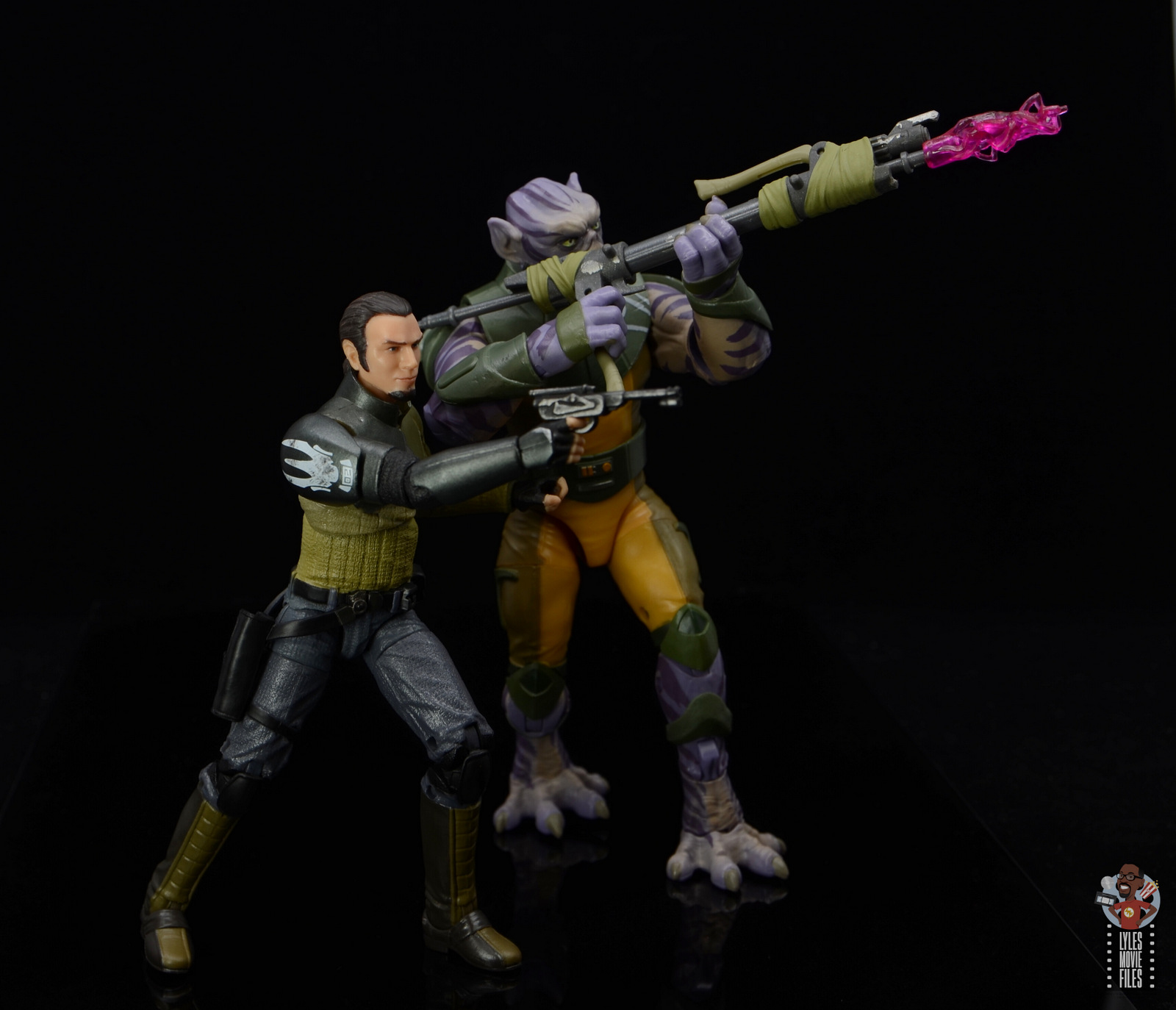 This was a tight contest, but Zeb wins as the best of the Rebels figures. An alternate head would have pushed him further over the top, but this is a must-have if you’ve collected the rest of Phoenix Squadron. 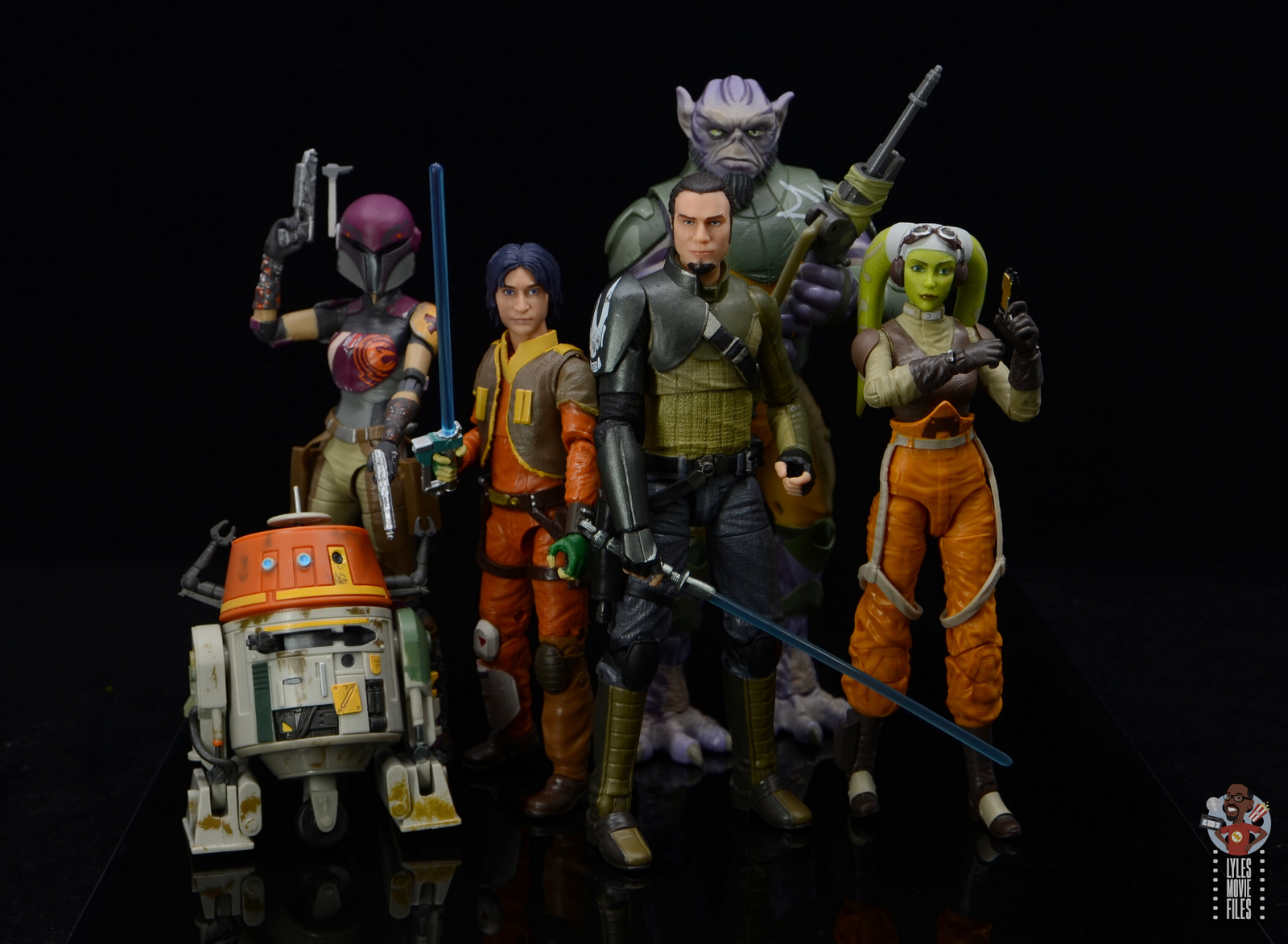 Where to get it?  While I’ve seen the rest of The Ghost crew at retail — however briefly, I haven’t seen Zeb anywhere. You can still order him online at Amazon, GameStop and Entertainment Earth.