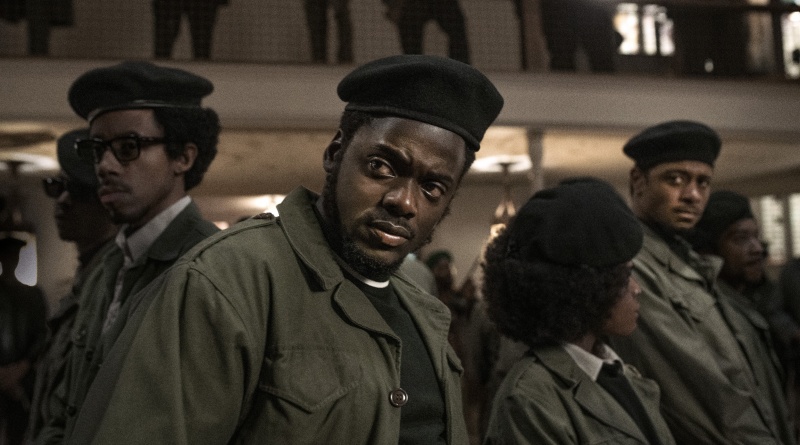 In this wacky pandemic-affected year, Judas and the Black Messiah stands as one of the best films of 2020 despite its broad release in February 2021. Regardless of your stance on Oscar nomination windows, Judas is a fascinating and stirring look at one of the most insidious acts during the civil rights movement.

Judas is based on the true story of William O’Neal, a low-level thief that gets recruited by the FBI to join and eventually betray the Chicago chapter of the Black Panther Party led by the charismatic Fred Hampton.

Director/co-writer Shaka King’s instincts are always dead on. He just gets how to create powerful moments from the intimate conversations to Fred’s sermon-like enrapturing speeches and the dramatic shootouts with police. 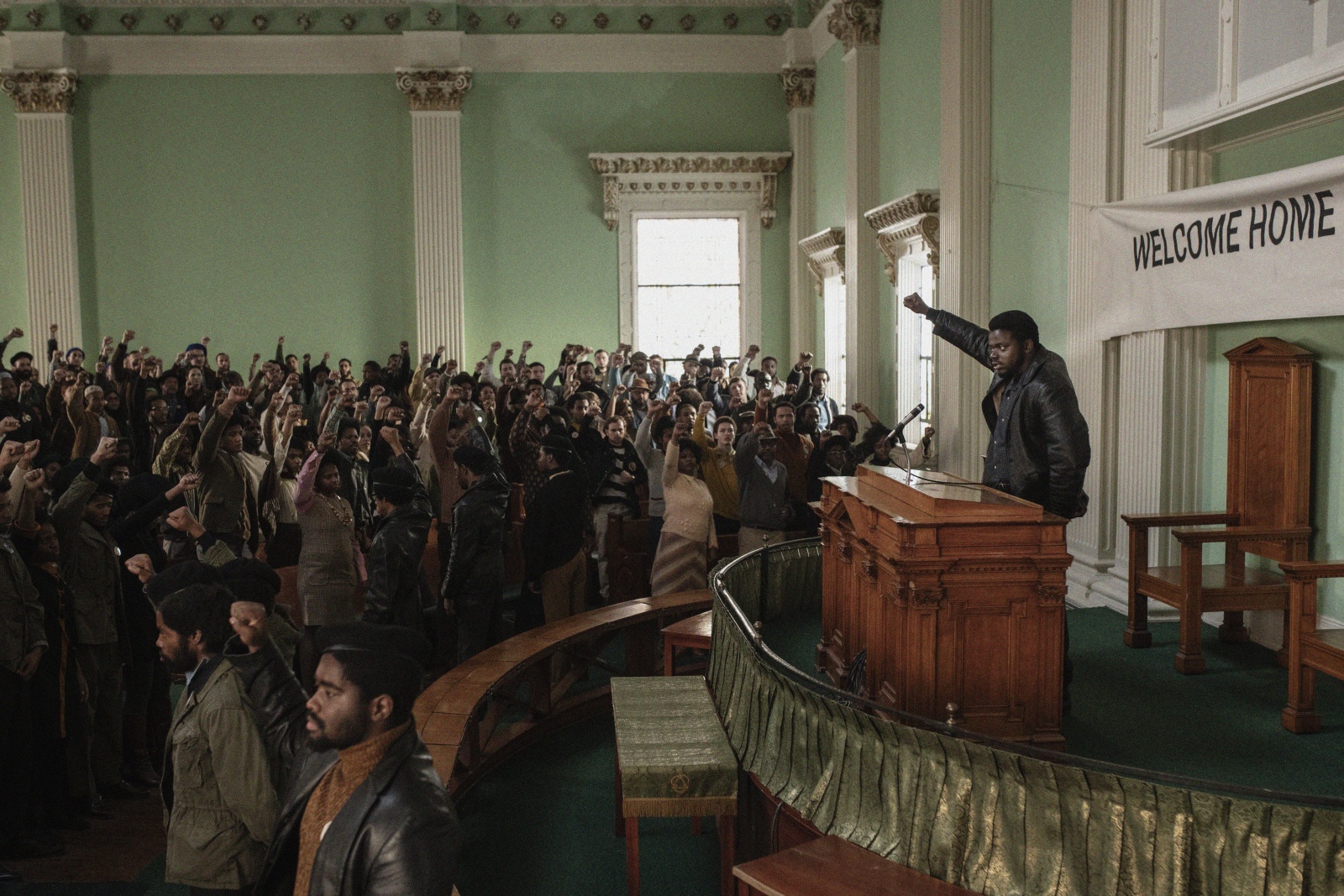 This is evident right from the start with our initial introduction to Bill (LaKeith Stanfield, The Photograph), who attempts to steal a car by pretending to be an FBI agent.

Kicking off with a mesmerizing tracking shot, King keeps Bill enshrouded in shadows and obscures the camera from getting a clear view as Bill gets into character pretending to be something he’s not. It’s a powerful opening sequence and a spot-on metaphor for Bill’s mindset of not caring about the harm he creates to anyone else so long as he comes out ahead.

It doesn’t take much for FBI agent Roy Mitchell (Jesse Plemons, The Irishman) to convince Bill to work as an informant. Given the choice to sell someone else out for some easy money and a get out of jail card (that’s hardly free), Bill would happily take anyone out. 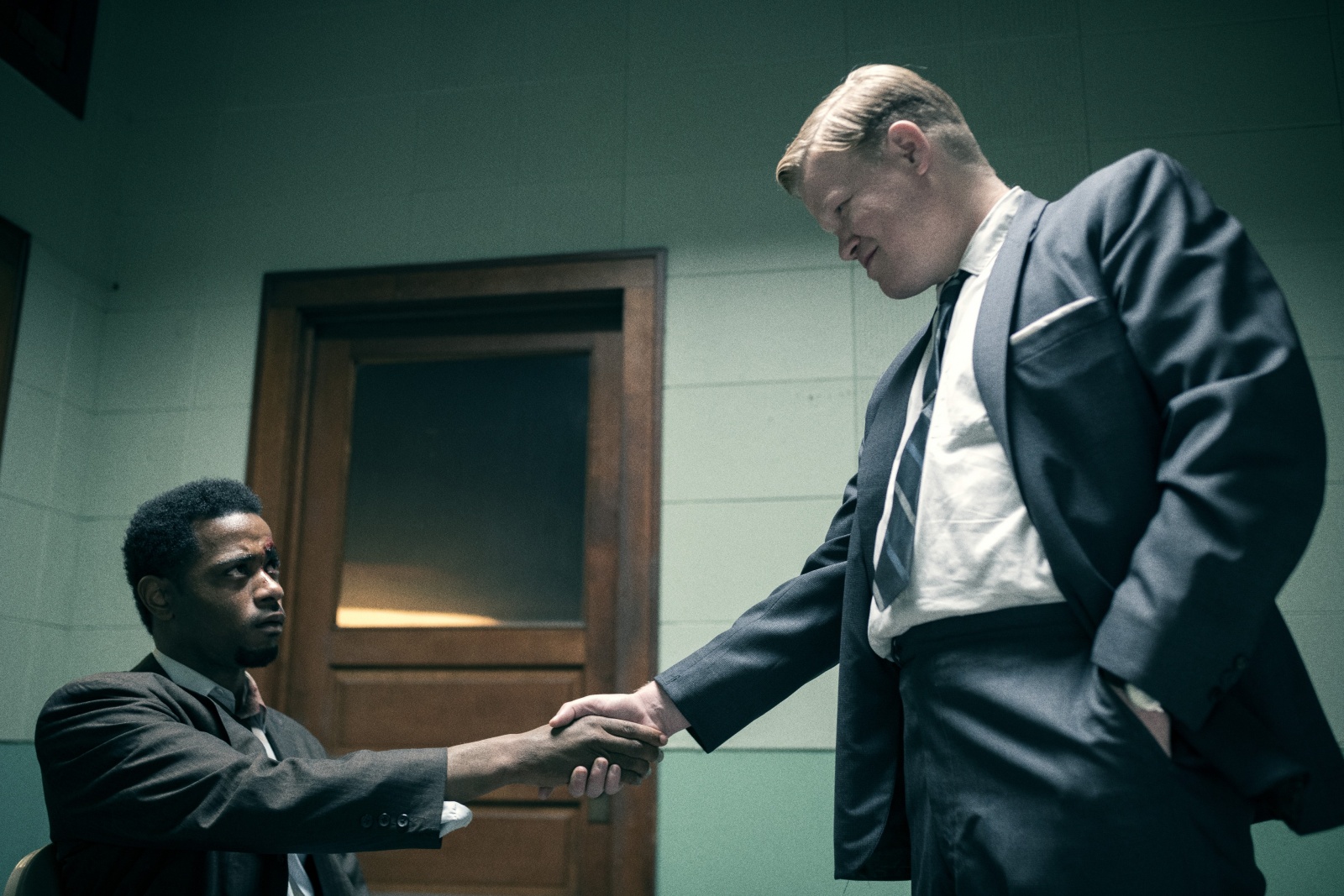 Stanfield is tremendous. He’s an actor that over the past four years has sought out and honed his skills in a variety of roles. Now he’s developed into an amazing performer capable of fully inhabiting his characters and in Bill’s case, effortlessly conveying a chameleon and charlatan at work.

There’s a subtlety to Stanfield’s performance that ensures Bill is not painted in a sympathetic light. Even when it seems like Bill is second guessing his choices and strongly considering doing the right thing, Stanfield flashes that greed and depravity coming back to the forefront with a twitch like Bill is snapping back to his base instincts.

This is important as Bill is ignoring the obvious good Fred (Daniel Kaluuya, Queen & Slim) and his panther comrades are doing. It’s more than emotional, convicting speeches that rally gangs, Confederate flag Southern heritage and Puerto Rican groups together.

It’s the actual visible efforts to improve the community through free breakfast programs, legal counsel and eventual free health care. Maybe the most disheartening aspect of the film is that these struggles are still ongoing in too many minority communities. 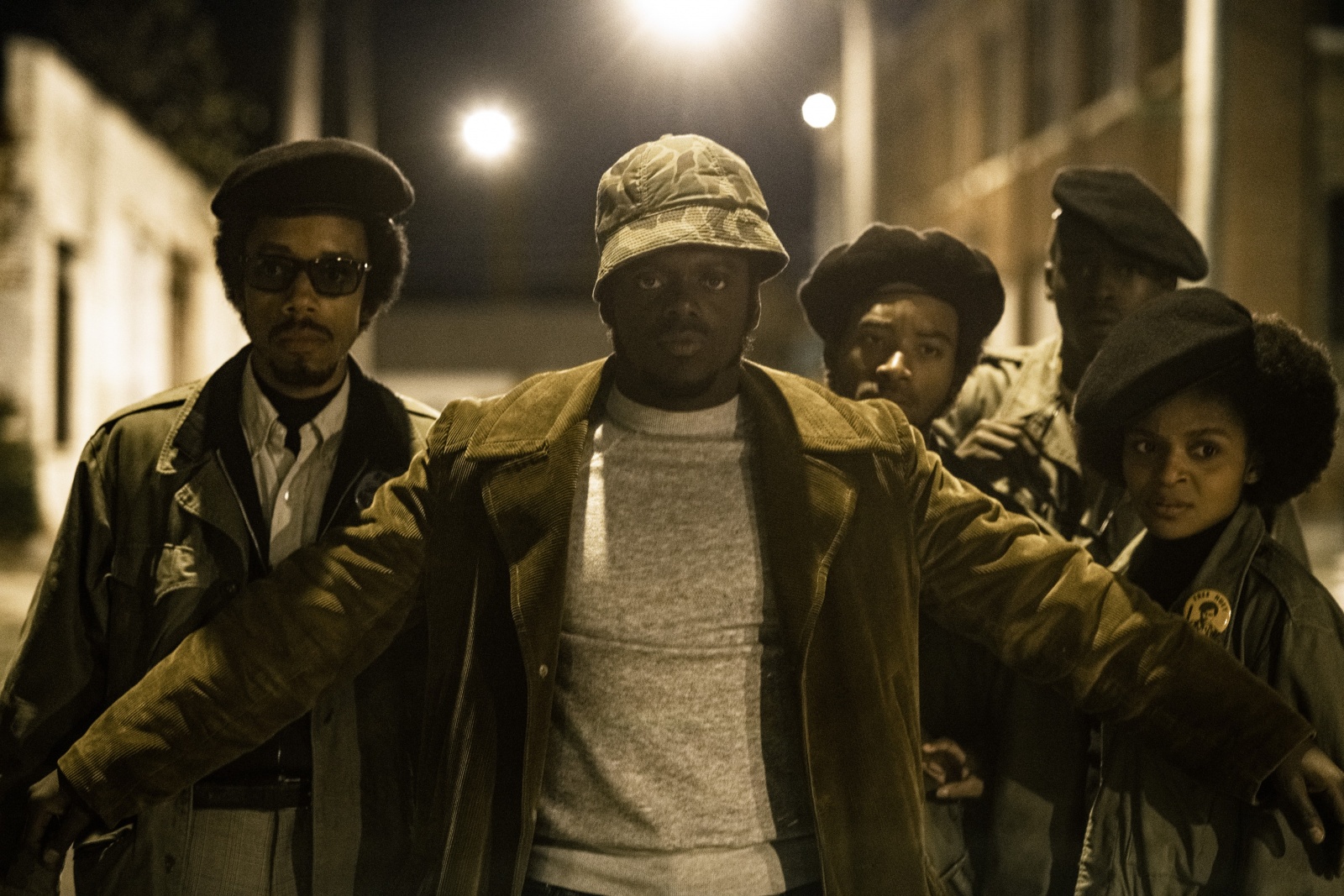 King and co-writer Will Berson don’t shy away from some of the more “controversial” aspects of the Panthers like the inflammatory statements about killing pigs. Still, they make a point to show the Panthers resort to violence as a means of defending themselves against trigger happy police that consider them a terrorist group.

Bill eventually worms his way into the chapter’s inner circle and Fred’s confidence, feeding Roy valuable intel along the way. King continues to cast Bill in darkness throughout the film with only his eyes peering through as he emerges from the shadows to join his comrades.

Casting Bill as a selfish coward contrasts wonderfully with Fred, who embodies being a man for the people. Kaluuya clearly studied footage of Hampton and nailed his tone and cadence without delivering a showy, award-seeking performance.

The script shows the unifying power of Fred’s charisma and why he quickly became a target of FBI head J. Edgar Hoover (Martin Sheen, Selma).

Under Hoover’s edicts the FBI abuses their power with raids and misinformation campaigns in effort to turn black groups against each other. It’s telling that in separate instances, both Bill and Roy realize they’re just cogs in a larger machine and just as quickly get back to working oiling the gears.

Just as insightful is the beyond the crowds and speeches look at Fred as a selfless leader to his community and man burdened with purpose that threatens his relationship with Deborah Johnson (Project Power’s Dominique Fishback in a memorable supporting role).

Craig Harris and Mark Isham’s score is an equally powerful storytelling tool that is lively without ever overwhelming. Sean Bobbitt’s cinematography is masterful with warm lighting for the Panthers and sharp, sterile tones for the FBI sequences.

The script powerfully depicts the vain, uphill battle the Panthers — and black people in general — face in a country where those in a position of power consider them unworthy of the same basic rights and freedom they consider a given. 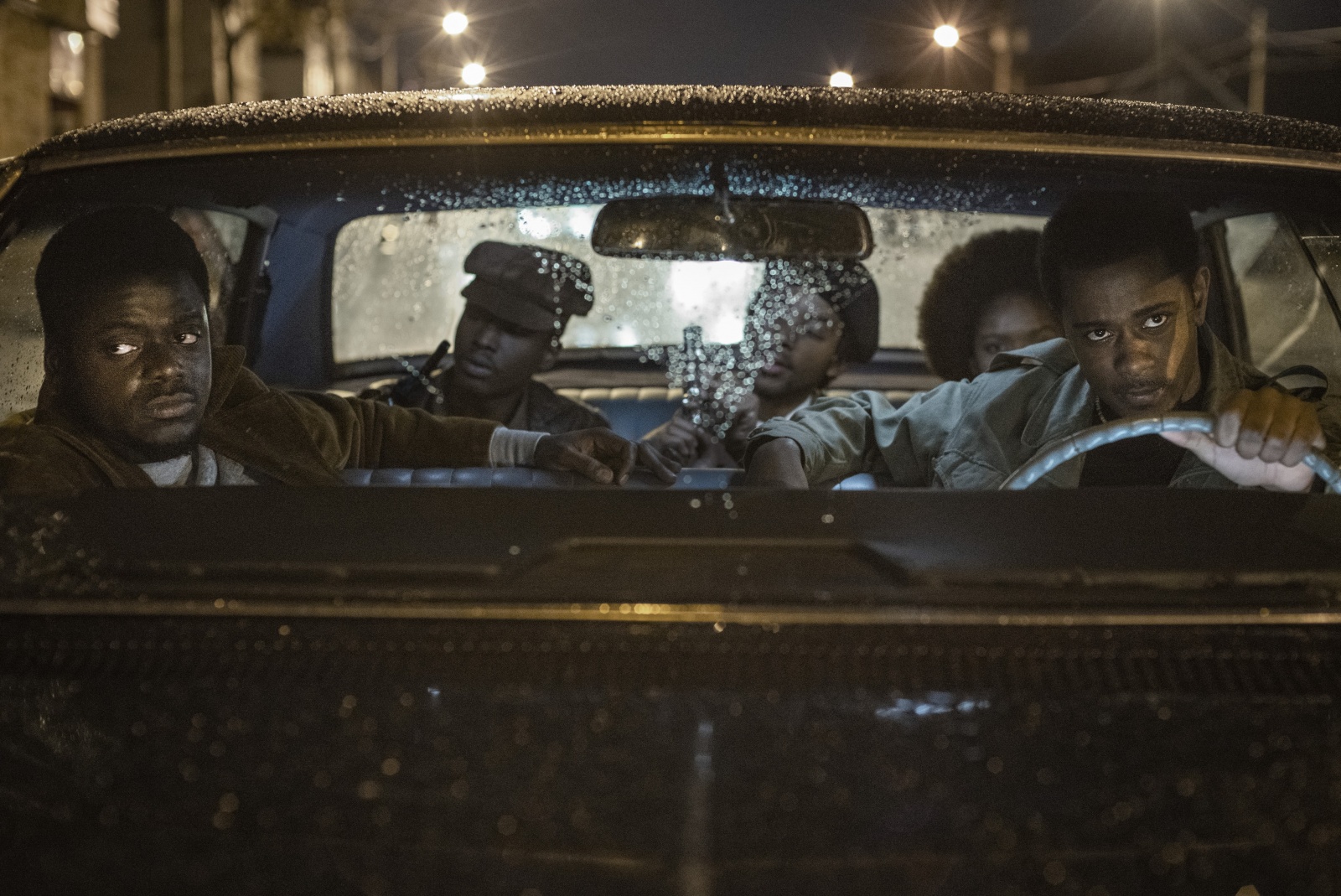 And sadly in 2021 that still feels far too relevant. King delivers a can’t miss film and Judas and the Black Messiah stands as a film just as timely as the period it’s set.