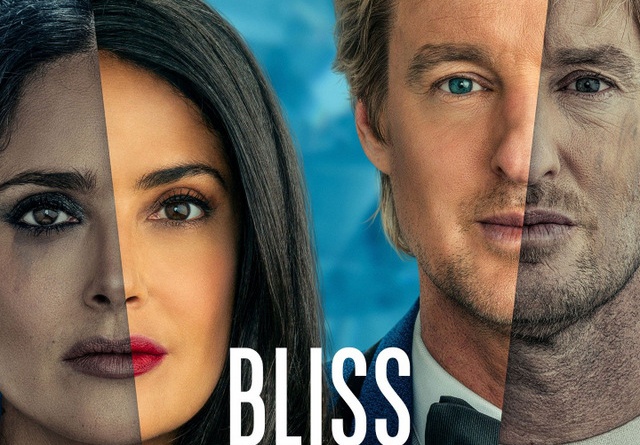 Bliss is an exhausting, draining film that constantly feels like it’s being done on the fly with no sense of logic or point.

Owen Wilson (The Grand Budapest Hotel) is Greg Wittle, a guy who’s either working at a tech company. Or he’s a doctor assisting his girlfriend on an alternate reality simulation.

Director/Writer Mike Cahill might know the answers, but he’s not exactly forthcoming or clear which direction he wants to take the film.

Bliss is a tale of two halves. The first is a wacky and out there story about Greg’s life slowly unraveling where he meets Isabel (Salma Hayek, The Hitman’s Bodyguard) a grifter convinced they’re living in some fake world. Isabel seemingly has the ability to manipulate events in the world like sparking candles and moving people with a flick of her finger lending credence to her theory. Greg is confused, but quickly gets swept away in Isabel’s reality. 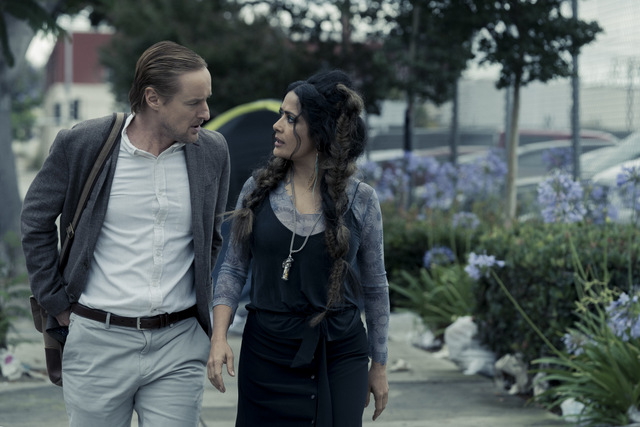 While he’s happy or happy-ish despite living in a tent in a homeless camp, Greg keeps encountering his daughter, Emily (Nesta Cooper), the only member of his family that hasn’t given up on him. Cahill is cagey in explaining why Emily is still so devoted to Greg where his ex-wife and her brother have long since cut ties.

Maybe the more troubling aspect of this subplot is Cahill won’t commit to the notion that Greg might just be a junkie or dealing with some long running mental illness that’s torn apart his family. Isabel isn’t much help on this front either as she constantly attempts to remove Greg’s ties to this fake world, but her irrational behavior keeps Greg questioning if he’s making the right choices.

Cahill finds a more interesting idea in the second half as Greg and Isabel actually emerge from her simulation. Conveniently, Greg’s memory is shaking and he relies on Isabel to fill in the gaps of his accomplishments and her creation. 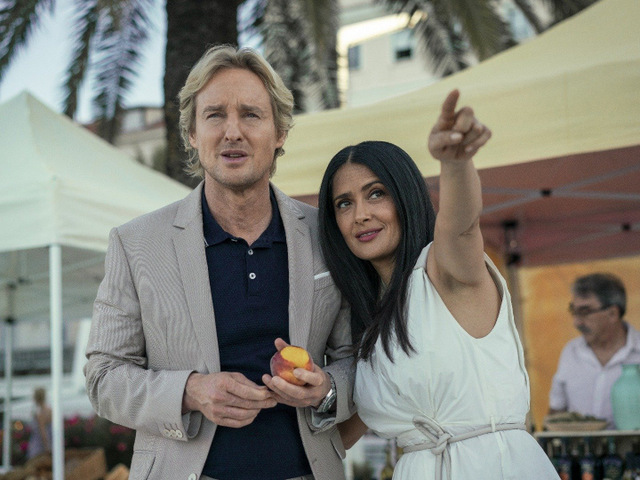 Isabel’s simulation basically allows users to experience a crappier take on their life to appreciate their actual life. It seems overly complicated and an exceptional waste of funding.

If nothing else they’re in much better societal standing as they’re rubbing shoulders with Bill Nye the Science Guy, credited as Chris here, but c’mon the visual is the important thing here.

Greg and Isabel’s gorgeous waterfront home has a little bit of everything from a pool, a robot chef and a thought visualizer. Cahill again seems to ignore more probing insight as Greg doesn’t question if he and Isabel have a family, which might help explain why he’s having visions of Emily in this reality.

Cahill loves the moments of awkward, uncomfortable silence. The trouble is this long drawn out sequences only really work with a strong payoff. Bliss is devoid of these moments and at nearly two hours, is far too slowly paced for such little reward.

Wilson has always made for a good every man performer. His default likable nature grants him more leeway in some films than his characters deserve. Wilson handles the nuance of Greg well enough even if the greatest demand on the character is to be confused 90 percent of the movie.

Hayek can be terrific in some roles, but she’s also prone to overacting when given shoddy material and Bliss certainly qualifies. Cooper delivers the strongest performance as she seems to have a better idea of what Cahill wanted compared to his two leads. 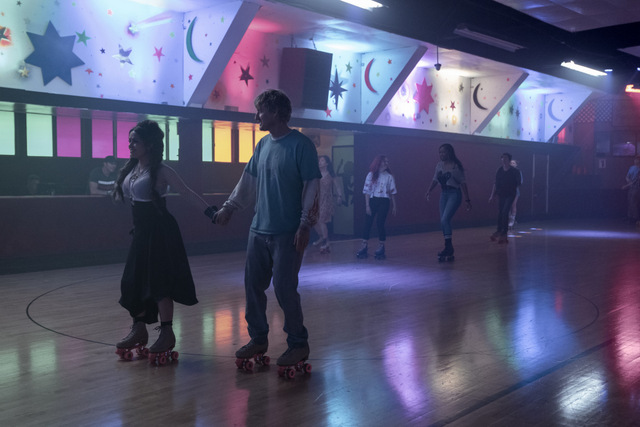 Still, it’s hard to fault Hayek and Wilson for any confusion on their end. Cahill at best seems to want to create this thought-provoking sci-fi discussion about the steps people will take to find their peaceful, unbothered place of calm happiness. There’s just little chance of finding it with Bliss.