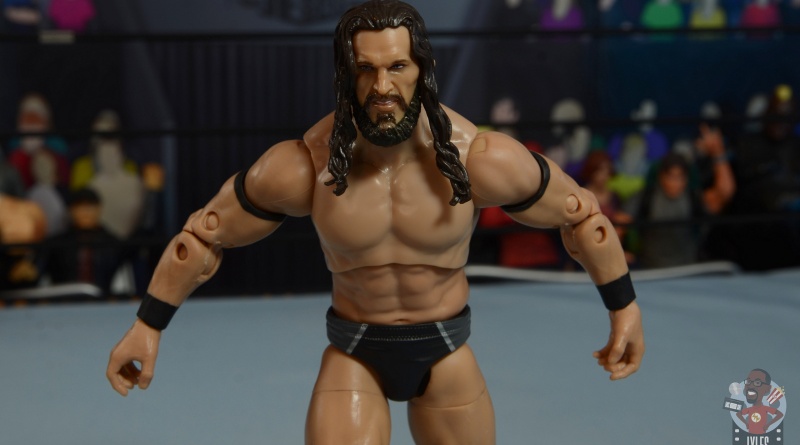 Pac was one of those guys destined to be wasted forever if he stayed in the WWE. Thankfully, he decided to hit the independent scene before becoming one of the prized early acquisitions for AEW. After some high profile matches with Kenny Omega and Jon Moxley, Pac has settled in as 1/3 of Death Triangle with Pentagon Jr. and Ray Fenix.

Wave 3 was a good time for Jazwares/Wicked Cool Toys’ AEW Unrivaled line to bring in Pac since his look hasn’t dramatically changed since his final Mattel WWE figure. Let’s see if Pac is ready to take to the skies or crash lands.

Packaging:  Jazwares isn’t at the stage where they’re going to change up the packaging although they probably need a slight makeover soon.

The gold and black does stand out on pegs and I’m a fan of the bigger portrait on the front, but the sides need more work specifically character portraits.

The rear is just as underwhelming with a large picture of Pac in the reference attire. I wish Jazwares would add a bio or at least basic stats like height and weight for the characters. 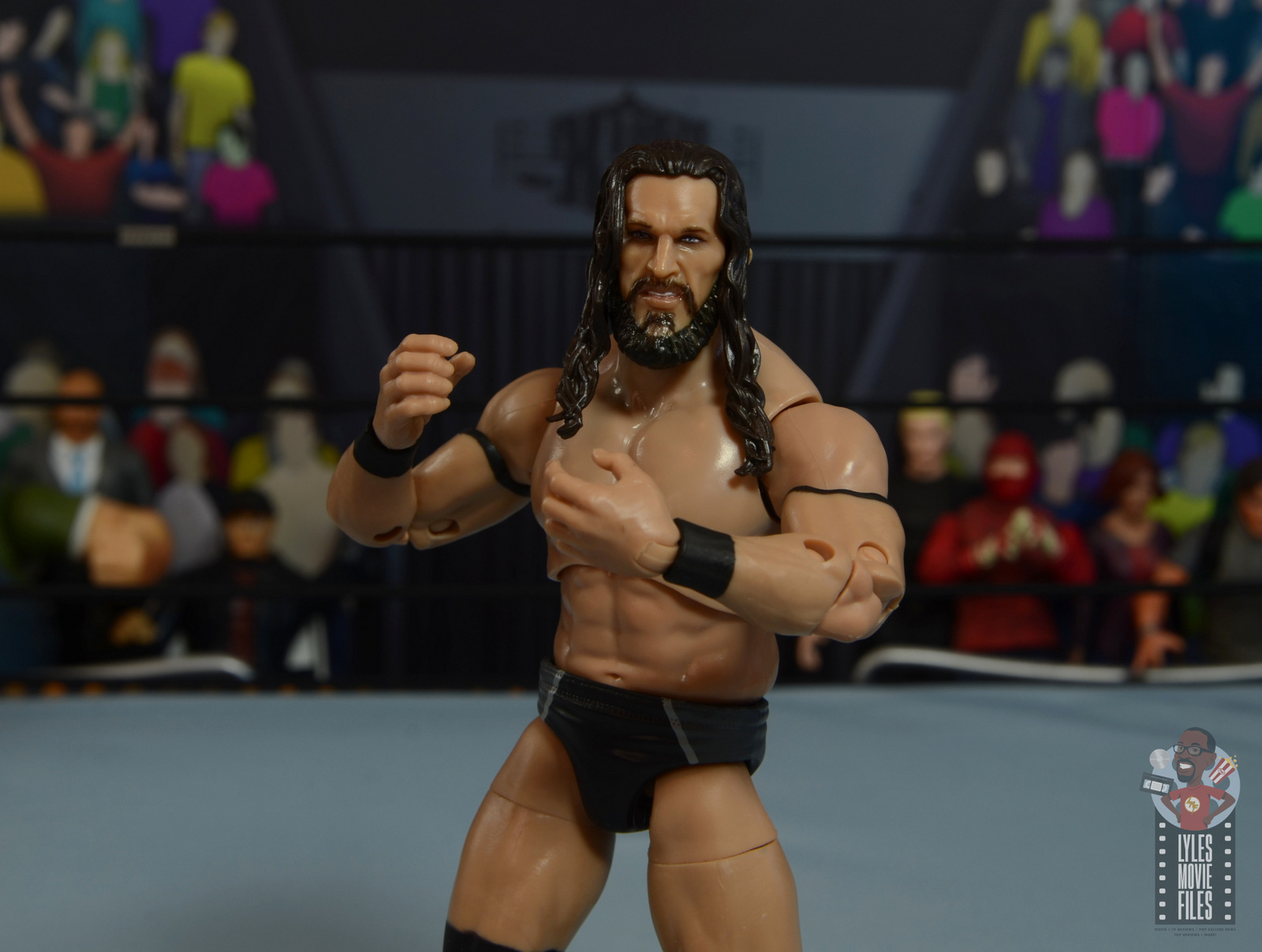 Likeness:  One thing that’s been consistent with the line so far is the outstanding head sculpts. Wave 3 seems to have some issues with Pac being one of the bigger offenders. Jazwares put a reference picture on the front of the package providing the exact look the sculptor was aiming to accomplish.

There’s something off with it and I think it’s the eyes. Pac always comes out with an intense demeanor like his default mode is pissed off. The figure looks like he’s studying the menu at McDonalds like he’s never been there before.

The lack of the furrowed brow throws off the likeness some and the sculpt misses the opportunity to capture Pac’s more unique look with his slicked back hair behind his larger ears. Instead, the figure just has the wet hair look, which looks better than some figures with slick/wet hair. 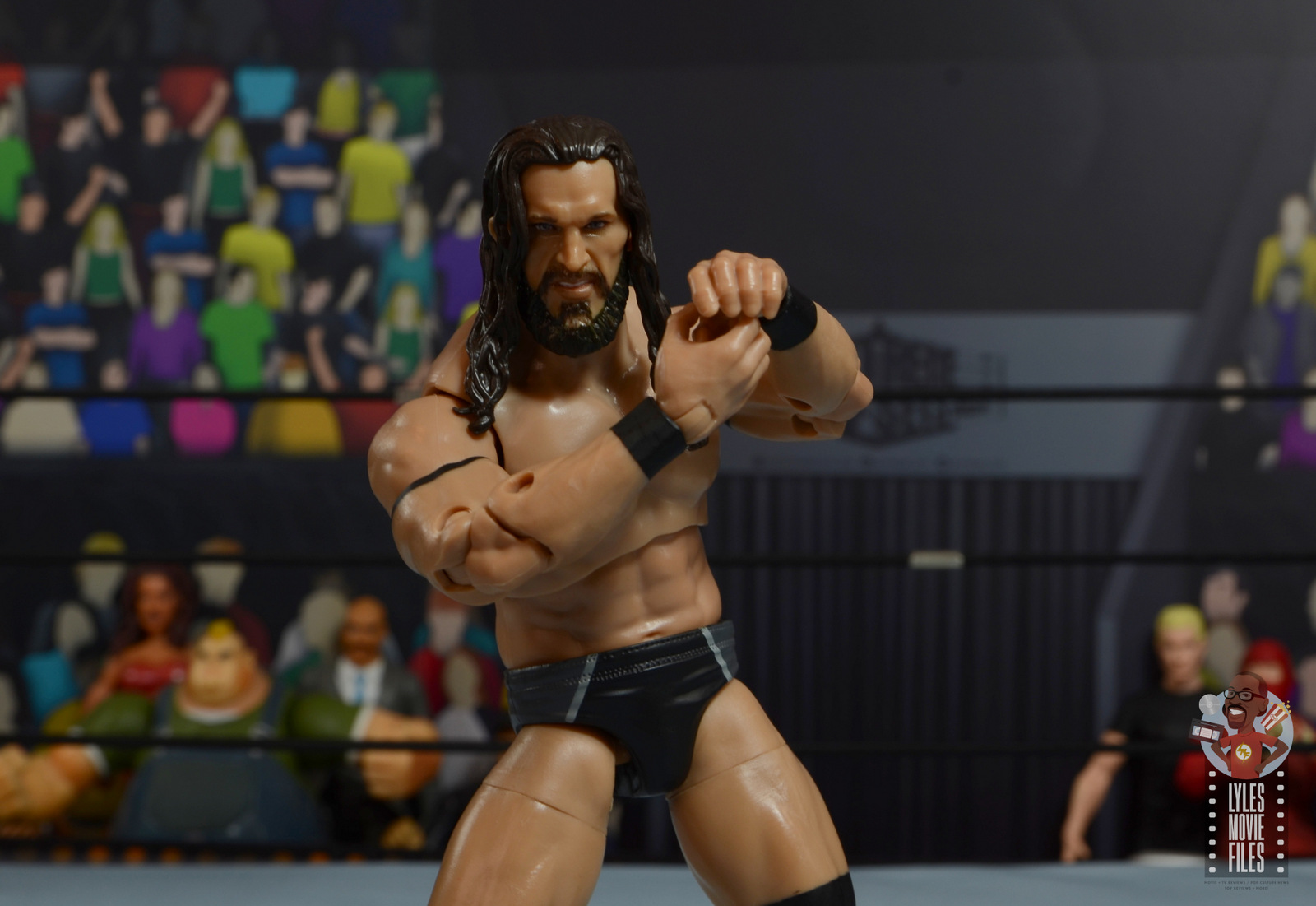 Pac is short, but still manages to come off intimidating. This figure’s head sculpt fails to deliver that smaller dynamo vibe. While the head sculpt is lacking the rest of the figure looks very good with a thicker upper torso, ripped midsection and short, but stocky legs that’s very accurate.

I appreciate the extra attention to detail with the lined top of his tights. That’s something other companies probably would have just left for the paint job so it was nice to see it actually sculpted. 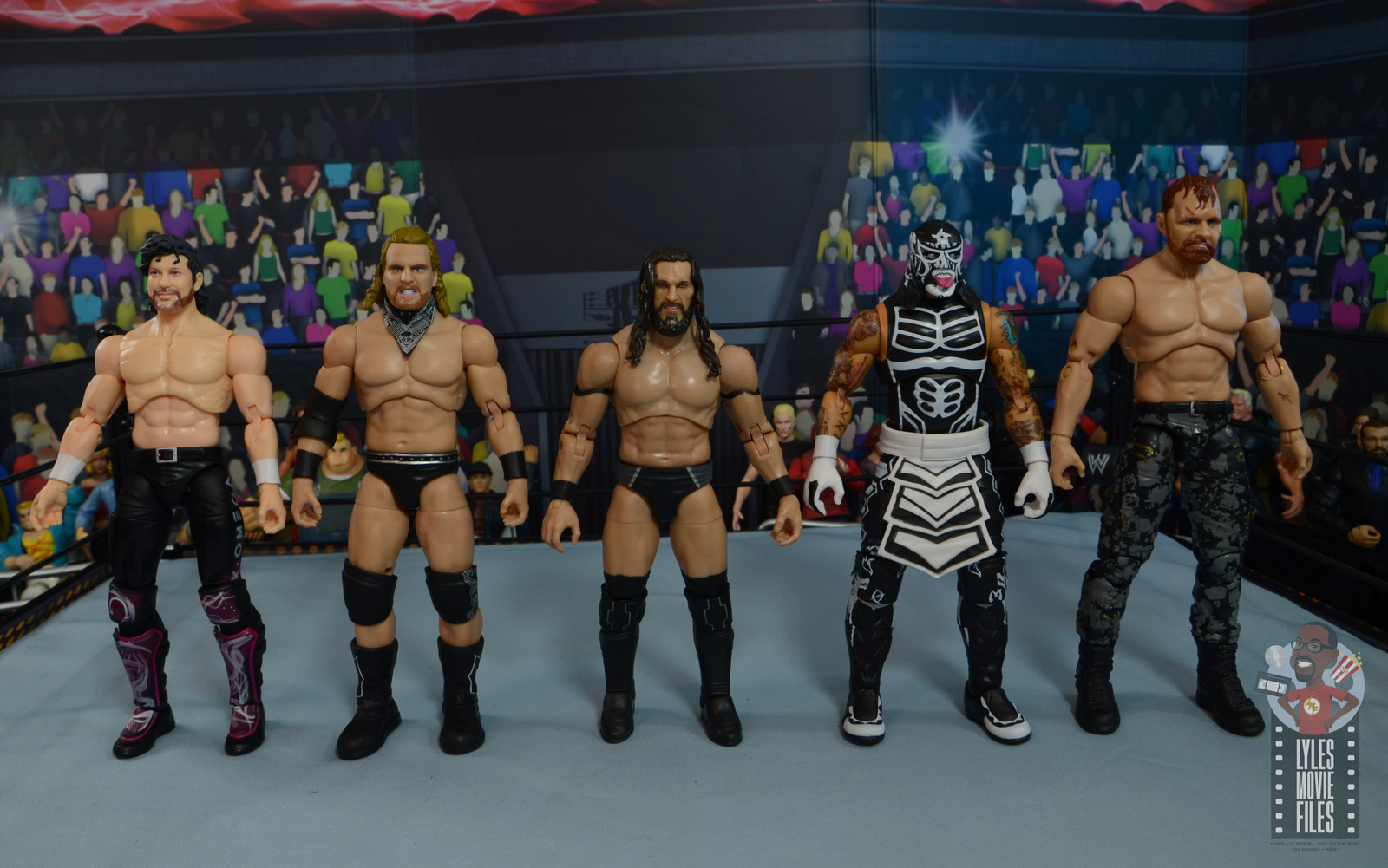 He seems just about scaled with the others although Jon Moxley really looks like he’s part of another line. 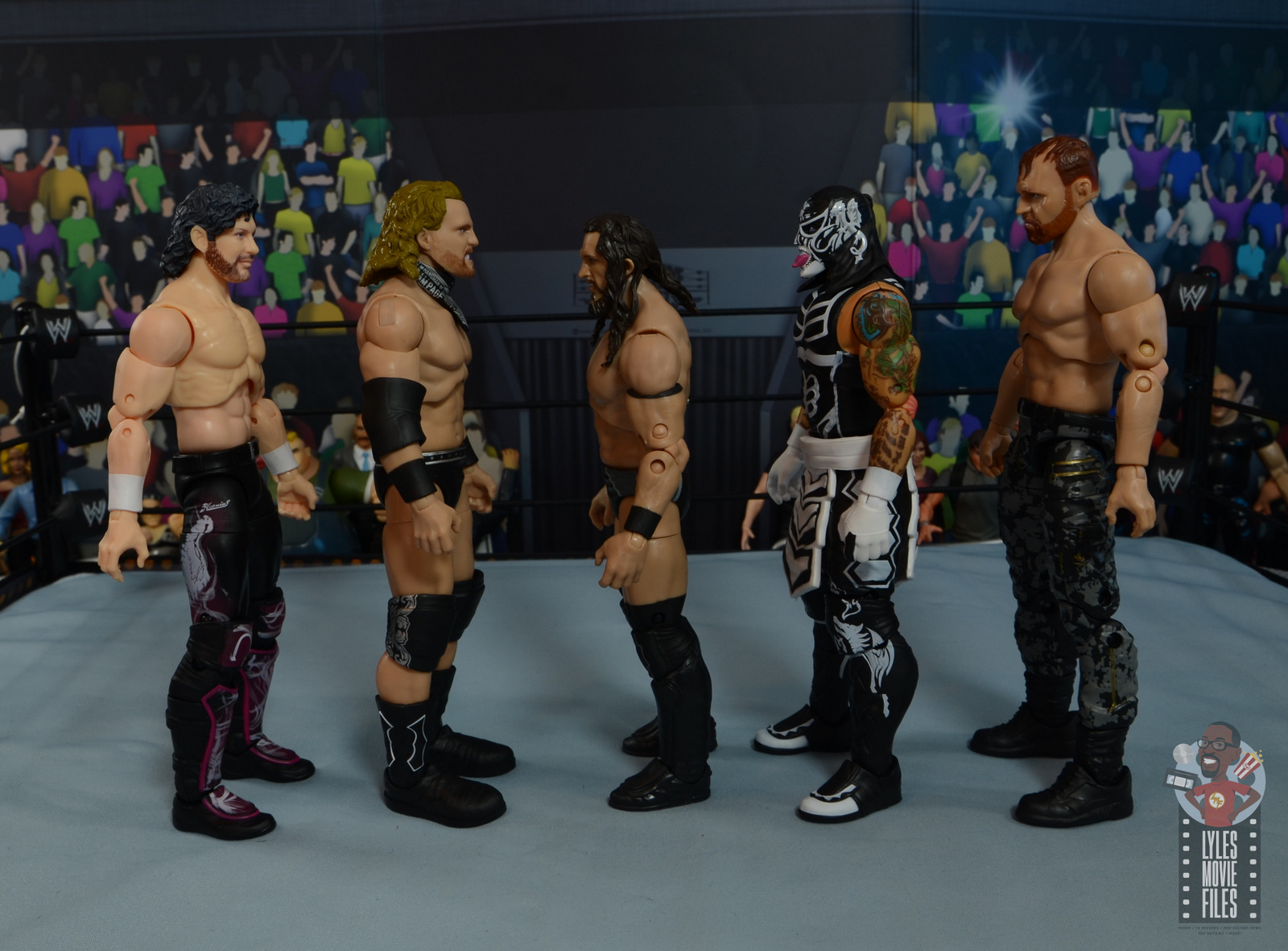 Paint:  Pac has a pretty basic outfit, but there’s some grey trim at the top of his tights, his arm bands and an outline along his kneepads. His beard looks a bit too glossy.

WCT still hasn’t quite knocked out the skin tone issues. The head and torso are a slightly different color than the rest of the figure. It’s not a major issue, but is noticeable.

Articulation:  Pac’s articulation is very good allowing him to hit the majority of his moves. 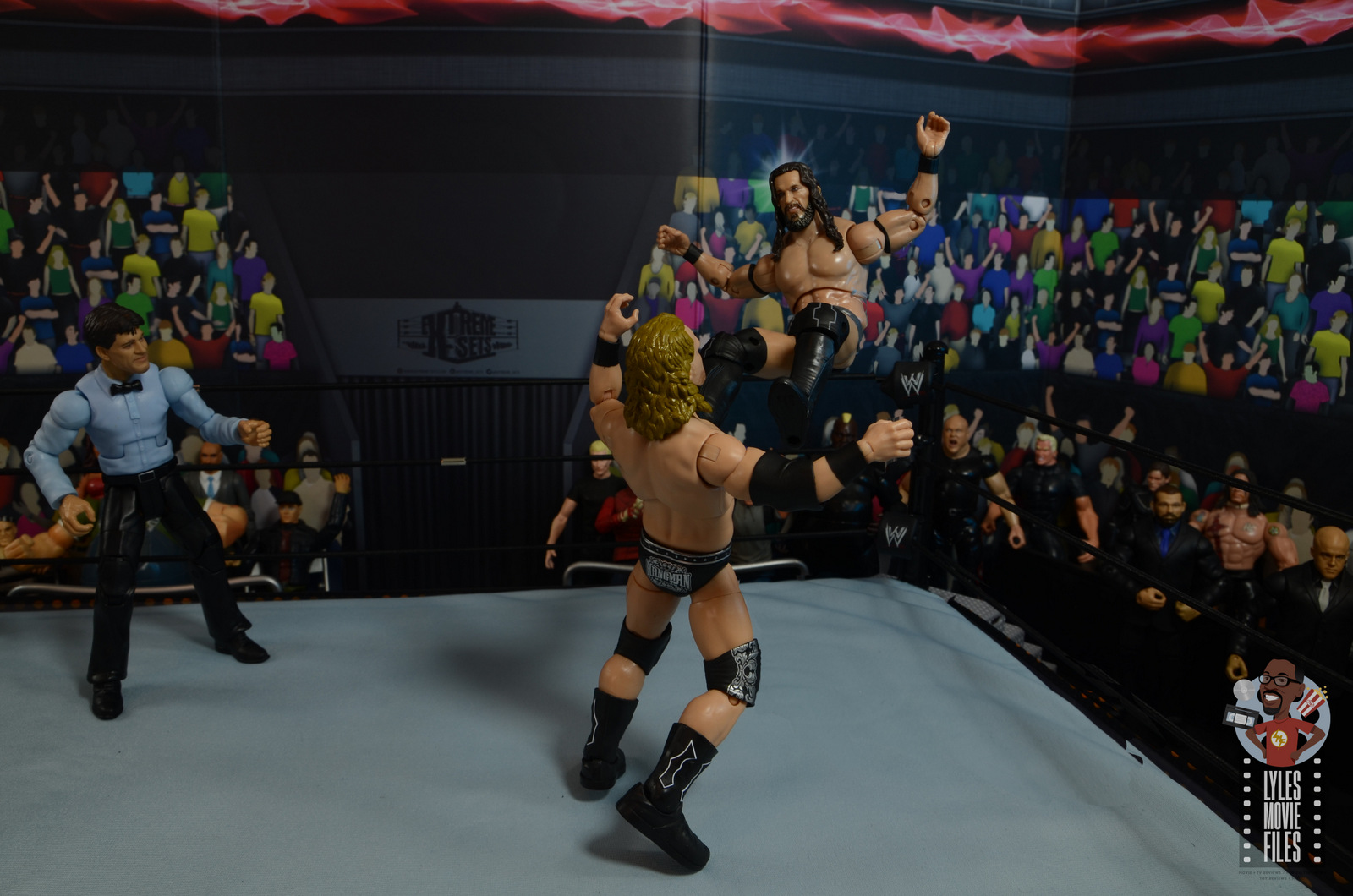 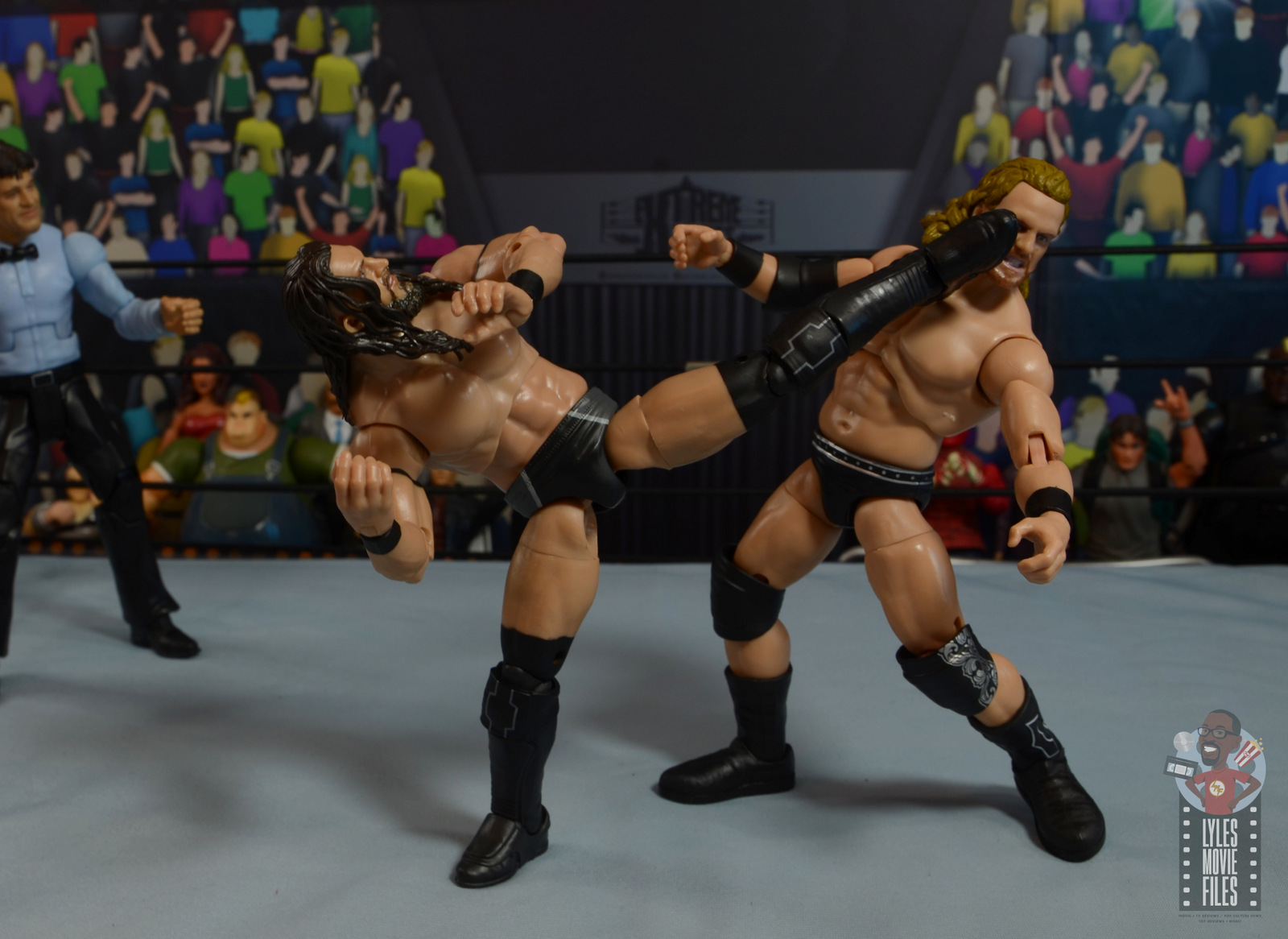 I can almost get a clean Brutalizer off in a nice testament to the articulation scheme of this line. 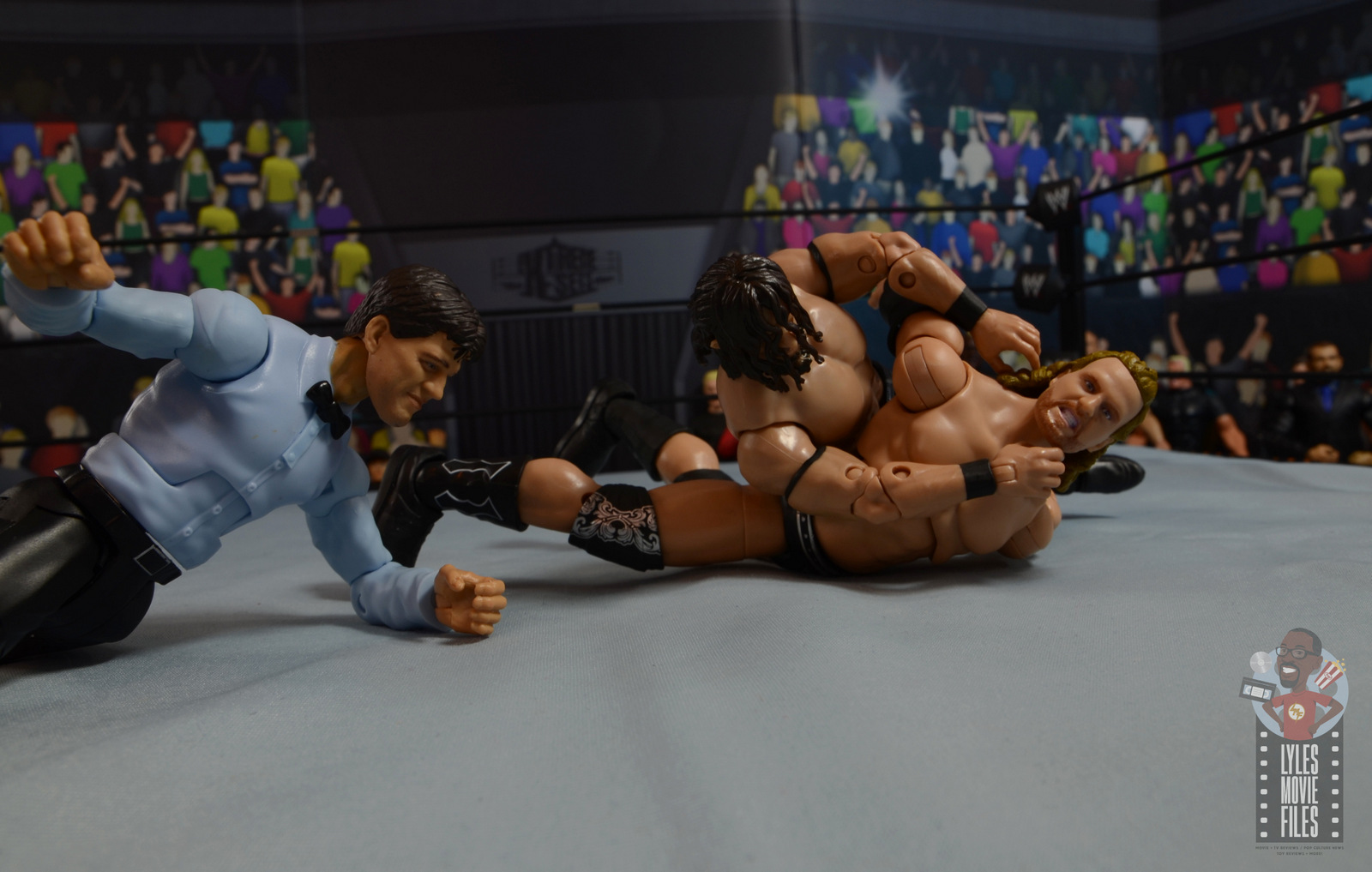 Adding butterfly joints for the shoulder would add basically all that’s missing here. 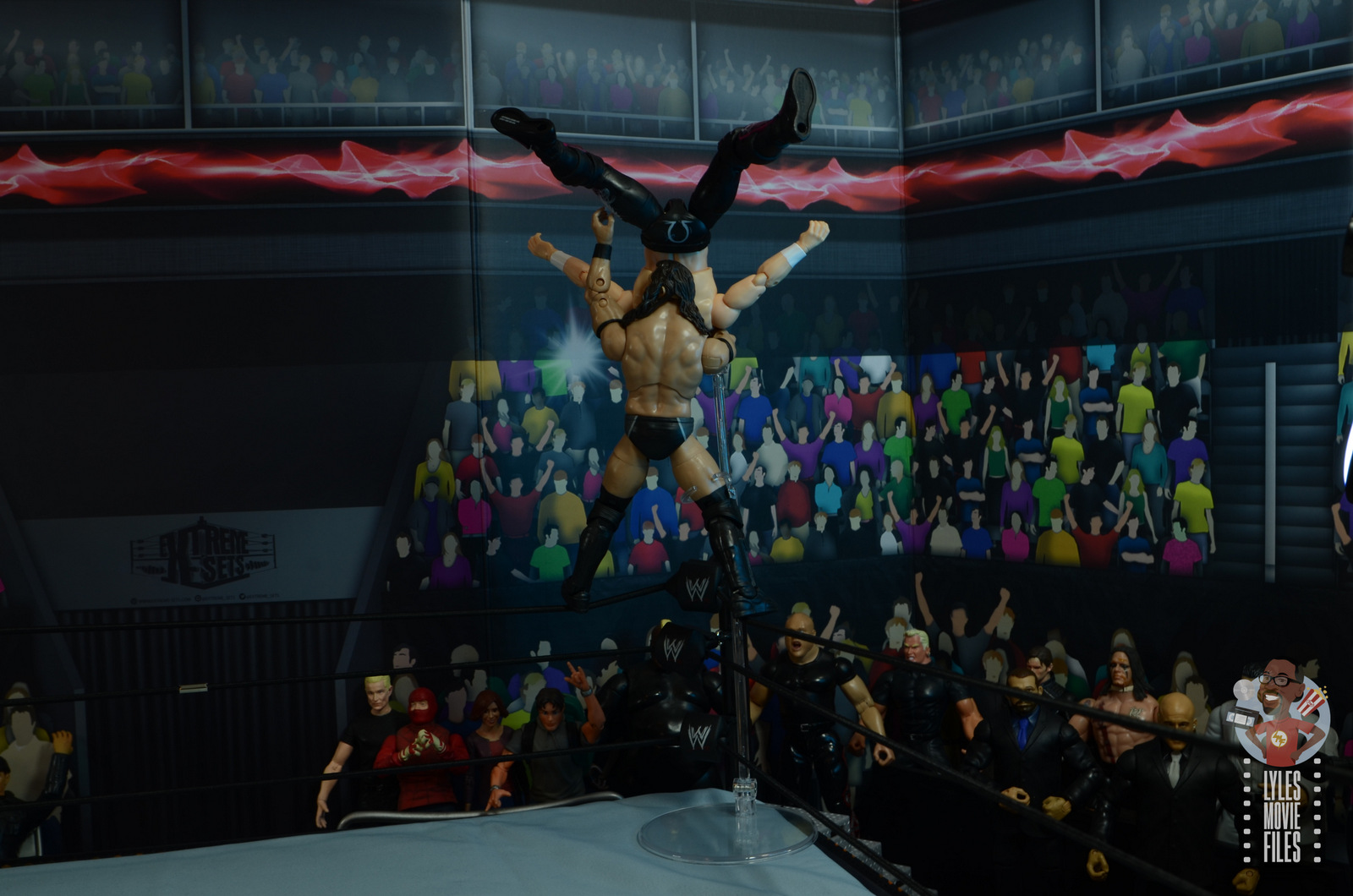 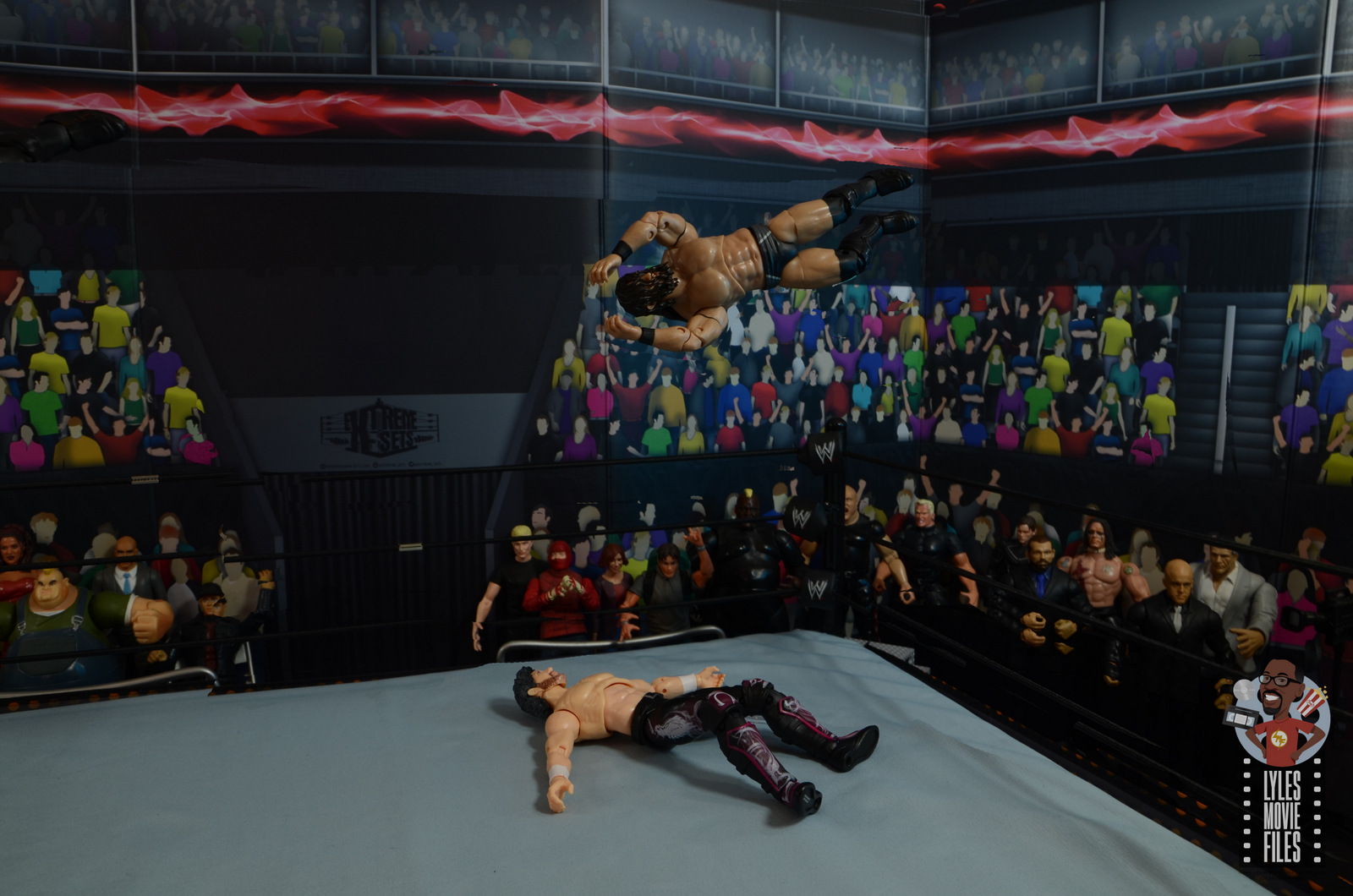 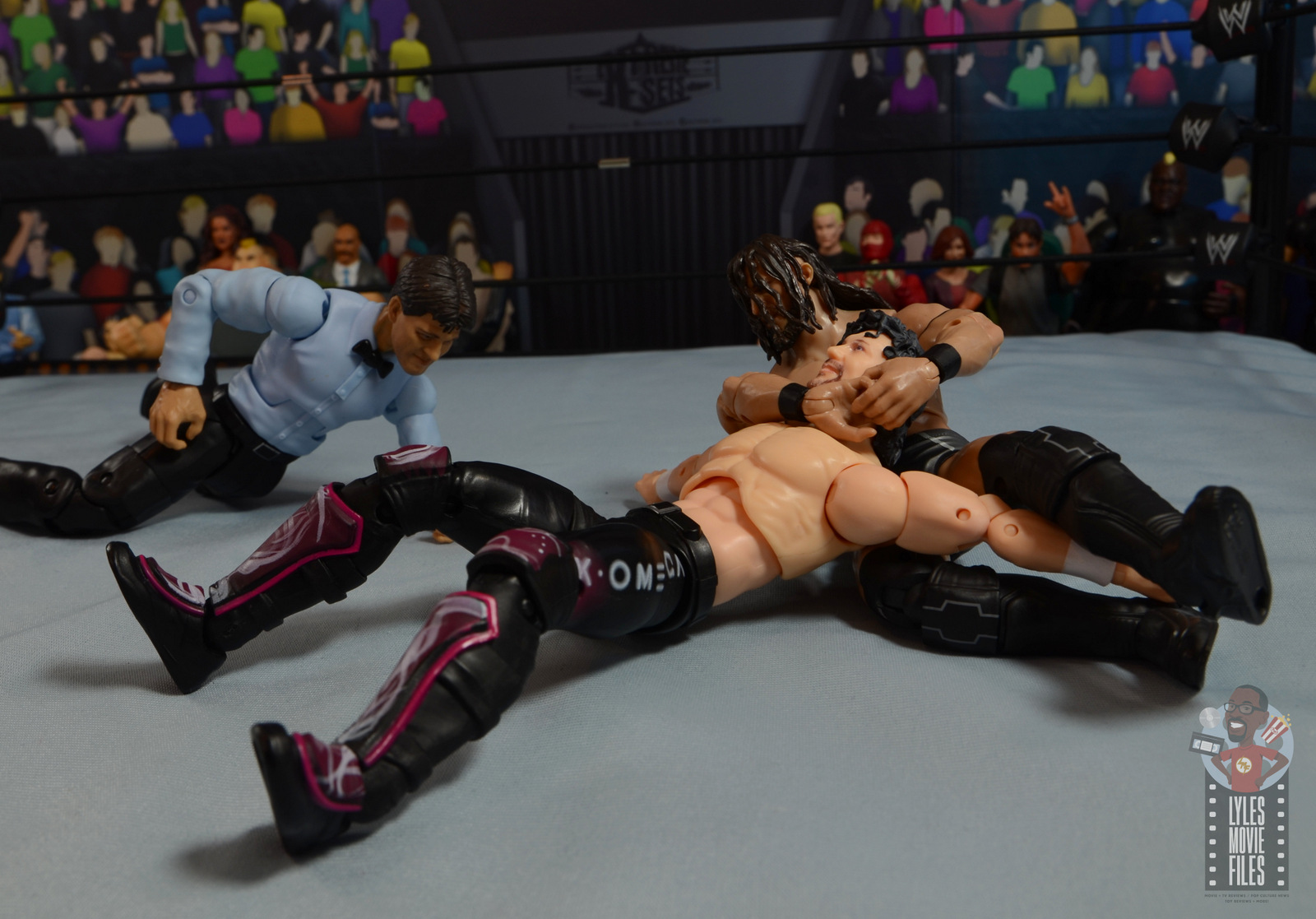 Accessories:  I’ve steadily complained that the Unrivaled figures have largely been lacking in the accessory department. Three waves in it looks like Jazwares is making some commendable strides to address that deficiency. Pac comes with an alternate head sculpt. 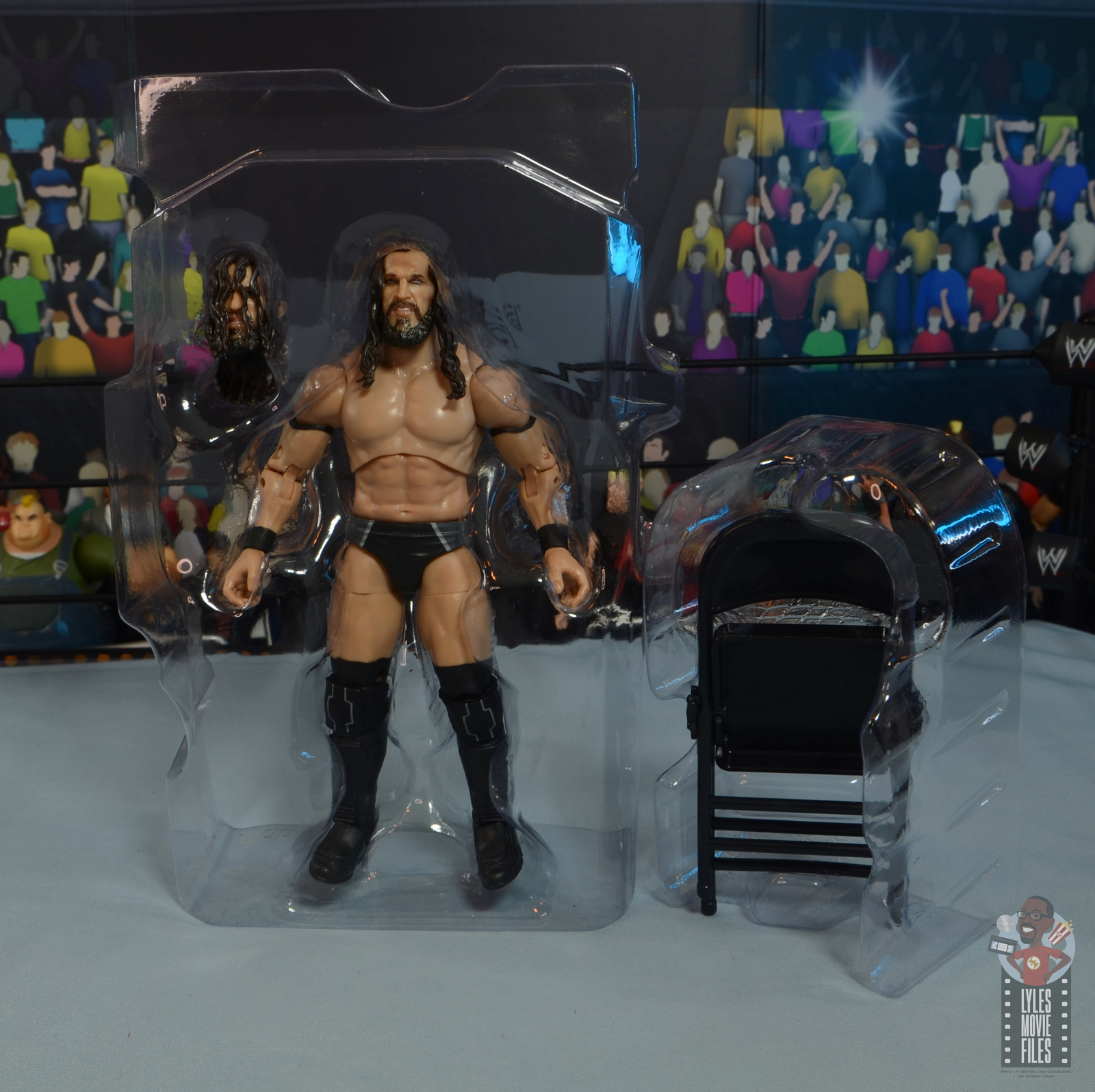 This one actually looks more accurate to Pac than the default one. It’s not a home run, but probably makes for a better mid-match head sculpt. 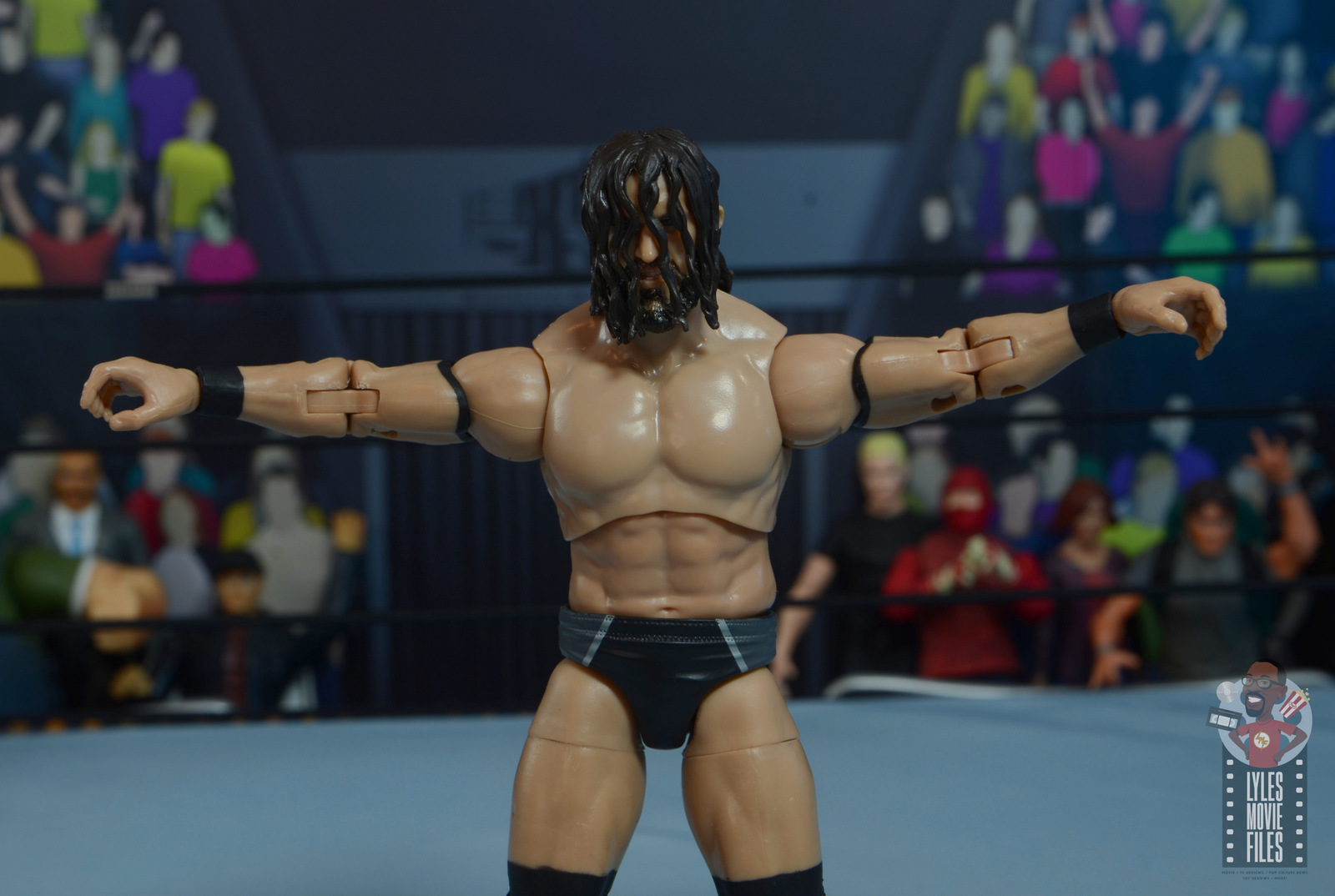 Taking it a step forward, Pac also gets a steel chair. This is exactly the kind of extra I’ve been clamoring for with both Mattel and WCT and it’s nice to see a random accessory included.

Worth it?  I grabbed Pac for $20, the standard price for these figures. That’s a little higher than the average market price when you consider the lack of accessories. Maybe Jazwares should invest in a BAF model to provide a better value? At least we’re getting original sculpts for the most part with each figure.

With a better head sculpt, Pac would easily get a perfect score. He’s close enough though and definitely one of my surprise favorites so far in the line. 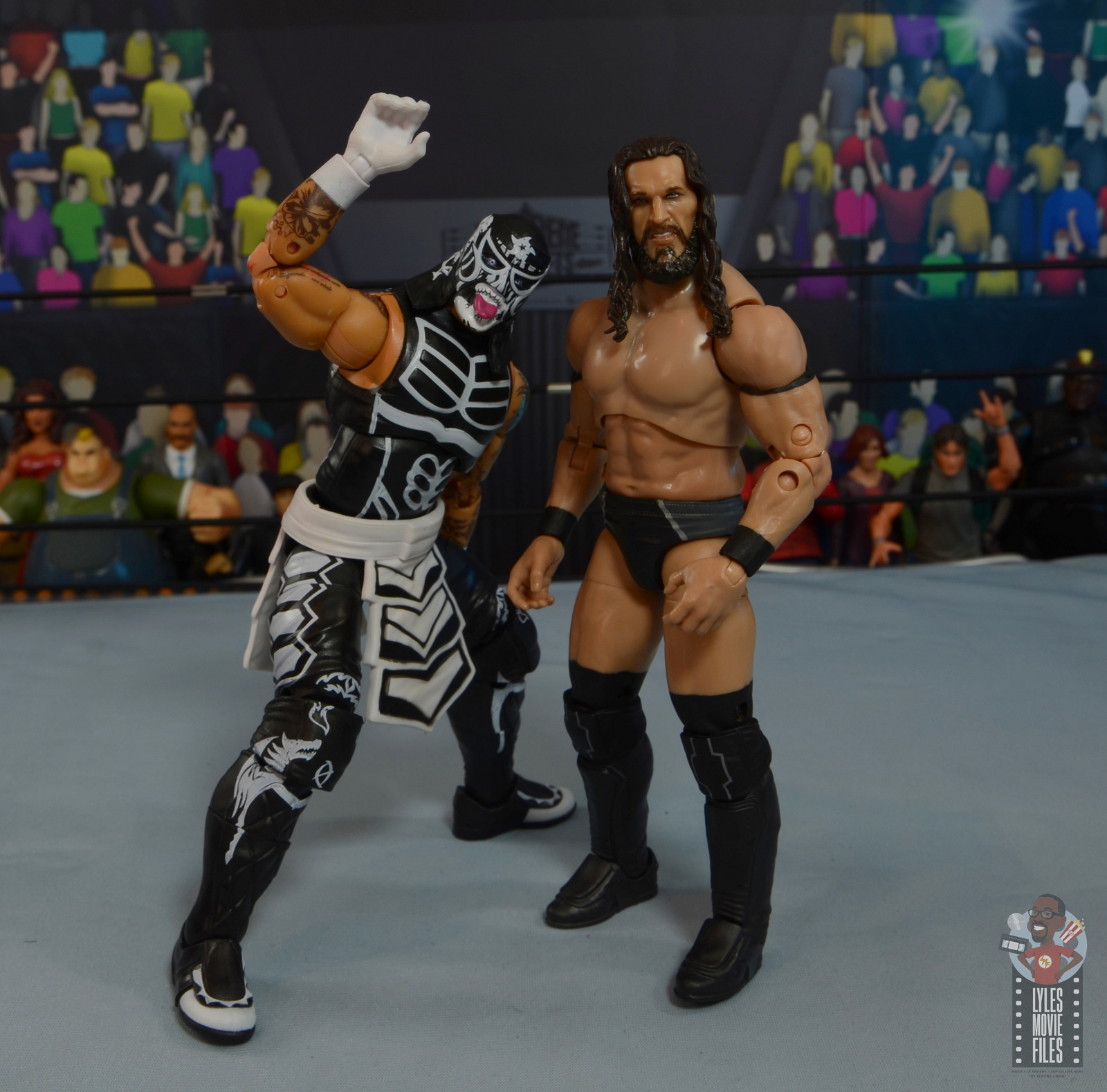 Where to get it?  Now for the best news. I grabbed Pac at Target, which means it’s no longer a crap shoot at getting lucky with Walmart. From finding reports I’ve seen, Wave 3 has been a lot easier to find then the first wave, which is a great sign for better distribution of the line going forward.

You can get him on the secondary market on Amazon.