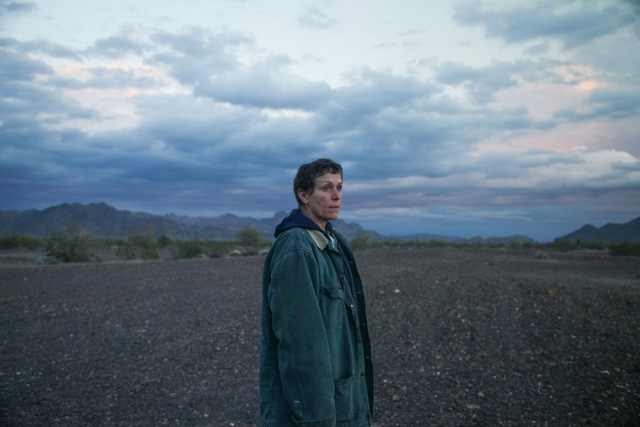 Nomadland is an intriguing look at life in the wake of the fallout of the Great Recession.

Frances McDormand (Promised Land) is Fern, a woman embarking on a new way of life after her mining town was abandoned within six months of the mine closure. Like most members of the town, Fern has packed her bags and left. Some of her belongings are in a storage unit while everything practical is nestled in to her van, which becomes her mobile home.

As Fern politely corrects a young girl she tutored, she’s “houseless, not homeless.”

Fern makes ends meets during the holidays working at an Amazon warehouse, but reliable income is hard to come by. The problem for Fern, like many Americans, is she wants to work and the opportunities just aren’t there any longer.

But with her van, Vanguard, she’s able to travel around in search of employment instead of being bogged down by geographic concerns. Initially apprehensive about joining up with a nomad community, Fern finds a source of community that she hadn’t realized she’d missed.

Director/screenwriter Chloé Zhao (The Rider) gives these modern nomads a respectful spotlight — one that celebrates their community, sense of togetherness and ingenuity. Zhao cast actual nomads Linda May, Swankie and Bob Wells for added authenticity in sharing this lifestyle.  One thing Zhao does not ask of the audience is to feel pity for the nomads.

That’s somewhat tricky as Nomadland instead asks viewers to understand the casualties of The Great Recession instead of being outraged all over again at the circumstances that led to their fate. On one hand there’s something inspirational about these people not wallowing in self pity and making the best of a crummy situation yet these are the ones suffering from others negligence.

Nomadland has a roll your sleeves up and roll with the punches mentality where the nomads have abandoned any pretense of anger or resentment of their plight. They just deal with and keep it moving…literally. There’s no shame or disappointment with any of the nomads who clearly have a 100 percent buy-in with their lifestyle.

This might be a result of Zhao adapting Jessica Bruder’s 2017 book, Nomadland: Surviving America in the Twenty-First Century, instead of creating the story on her own. 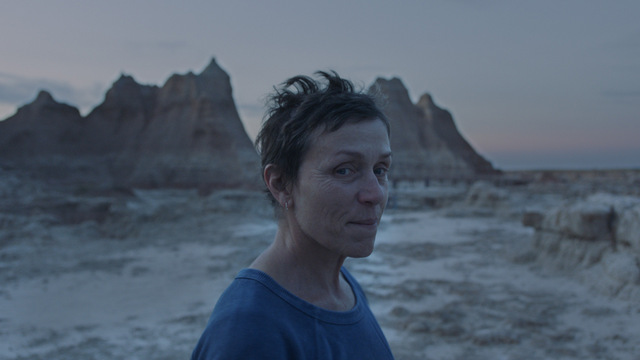 It would have been nice for Zhao to explore the other side of this semi-isolationist existence even if that would drastically clash with the film’s it’s OK to feel good about the nomad’s choices narrative. We get a touch of that from David Strathairn’s character although not to a fully satisfying degree.

The timing of the film feels somewhat weird as the world is still in the midst of a global pandemic that encourages even greater social distancing. It would have been fascinating to see how nomads are coping with the coronavirus.

Through this awards season McDormand has emerged as the favorite to earn the Best Actress Oscar. It’s hard to argue she’s not the virtual lock to sweep through another award circuit like she recently did in 2017 with Three Billboards Outside Ebbing, Missouri.

McDormand gives Fern a real presence that feels less like a performance and a glimpse into an actual person’s experience. Performing with actual nomads likely helped McDormand tap into deeper levels where she seemed to place herself in this situation instead of studying it for two weeks and having a false sense of understanding. McDormand provides Fern with the sense of pride and dignity that moves beyond her current situation although Fern never really has her moment. 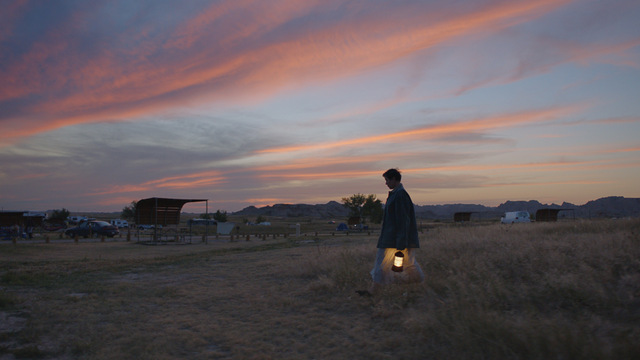 Throughout the film, Fern listens to other characters discuss the breaks — both bad and good — they’ve experienced without opening up herself. What insight we get from Fern comes from other characters helpfully sharing. Fern sharing her own thoughts was a crucial missing element. This is where an Academy Award winner comes in handy. McDormand shares some of Fern’s heartache and determination in subtle manners that feels more authentic than some showy speech.

Nomadland might wander off the beaten path too often in its second half, but it’s an interesting look at the life of the modern-day nomads thanks to Zhao’s spectacularly intimate direction and McDormand’s powerhouse performance.