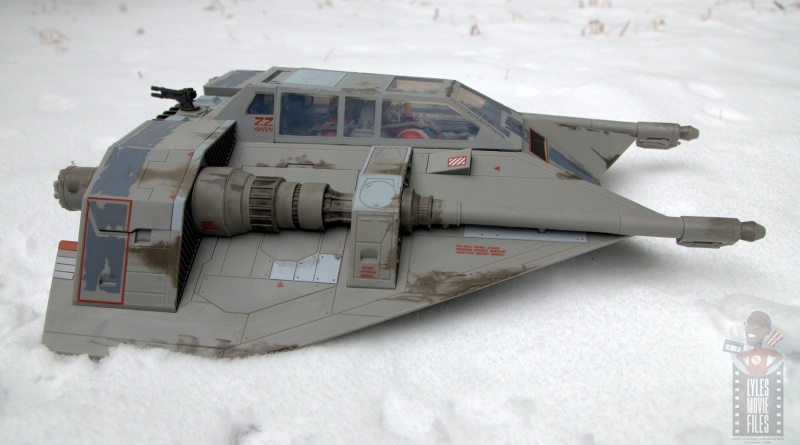 The Snowspeeder has been one of my favorite Star Wars vehicles. It doubled as a snow vehicle for my GI Joe figures and was one of the few childhood vehicles that have remained in my collection. When Hasbro revealed a new Star Wars The Black Series Snowspeeder, I knew it was just a matter of when, not if, I got it.

Maybe the bigger question was when we’d get snow in my area so I could bring it out. This isn’t the kind of vehicle you bring out for normal weather. It took a few months into winter, but we finally got a snowstorm worthy of breaking out one of my most anticipated vehicle playsets in a long time. Let’s see if it was worth the wait.

Packaging: The Snowspeeder box is massive and it’s one of those deals where you can’t fully appreciate how big the Snowspeeder is until you see the size of the box.

It’s presented in the classic Black Series style with the grey rendering as well as a few photographs of the actual speeder and co-pilot Dak Ralter. Dak gets the side portrait since he would typically get the lower right section on the front.

I really like this setup as the rear shows several photos of both Dak and the Snowspeeder while providing bios for both. That’s a nice touch and makes for a good use of the space.

Likeness: One of the cool things (of a million) with The Empire Strikes Back — and yes, I’m watching it as I write this review — is the buildup to the arrival of the Snowspeeder. 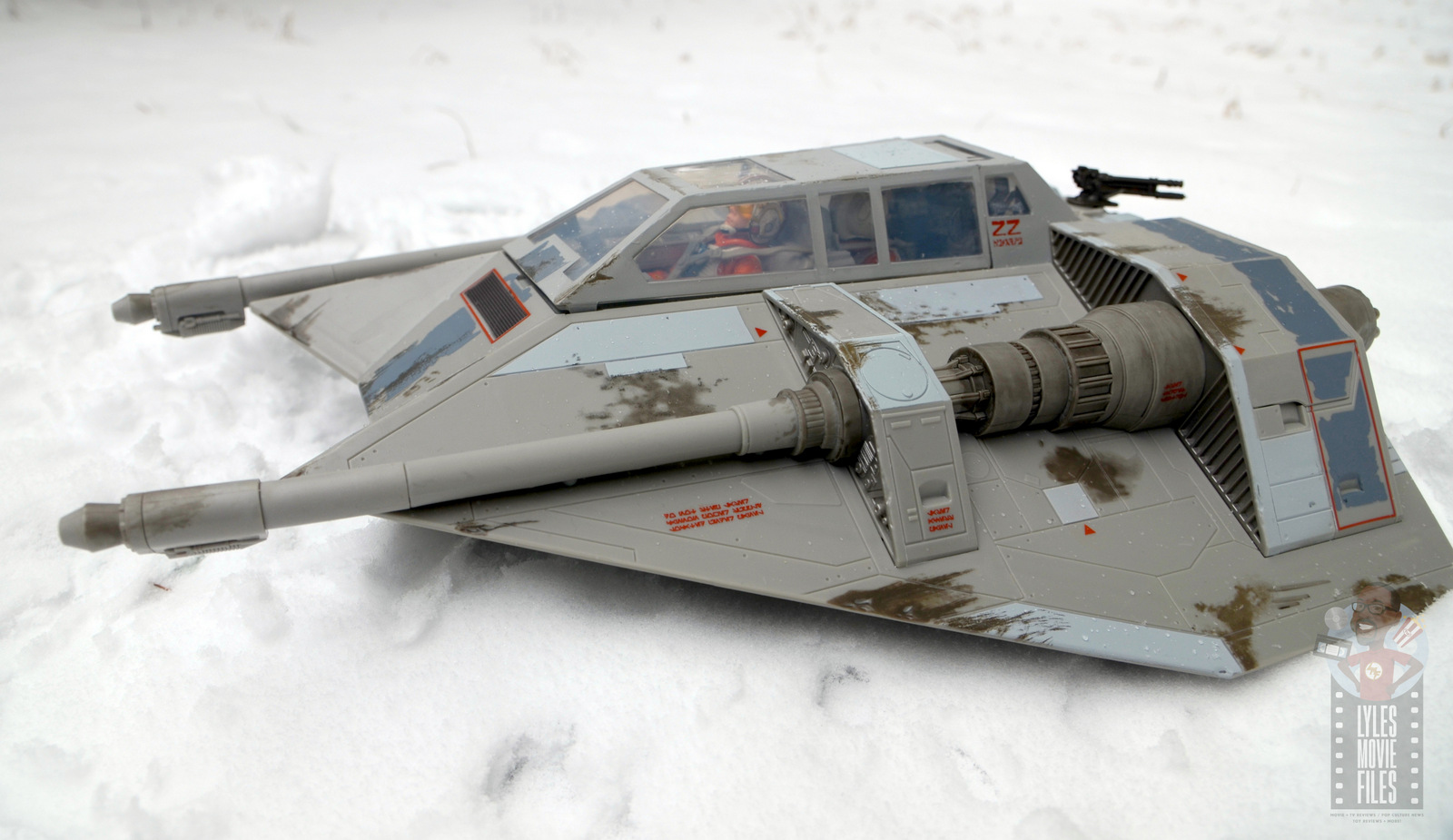 It doesn’t show up right away and its first appearance is the rescue of Han and Luke. Then we see them in action vainly trying to delay the AT-ATs. 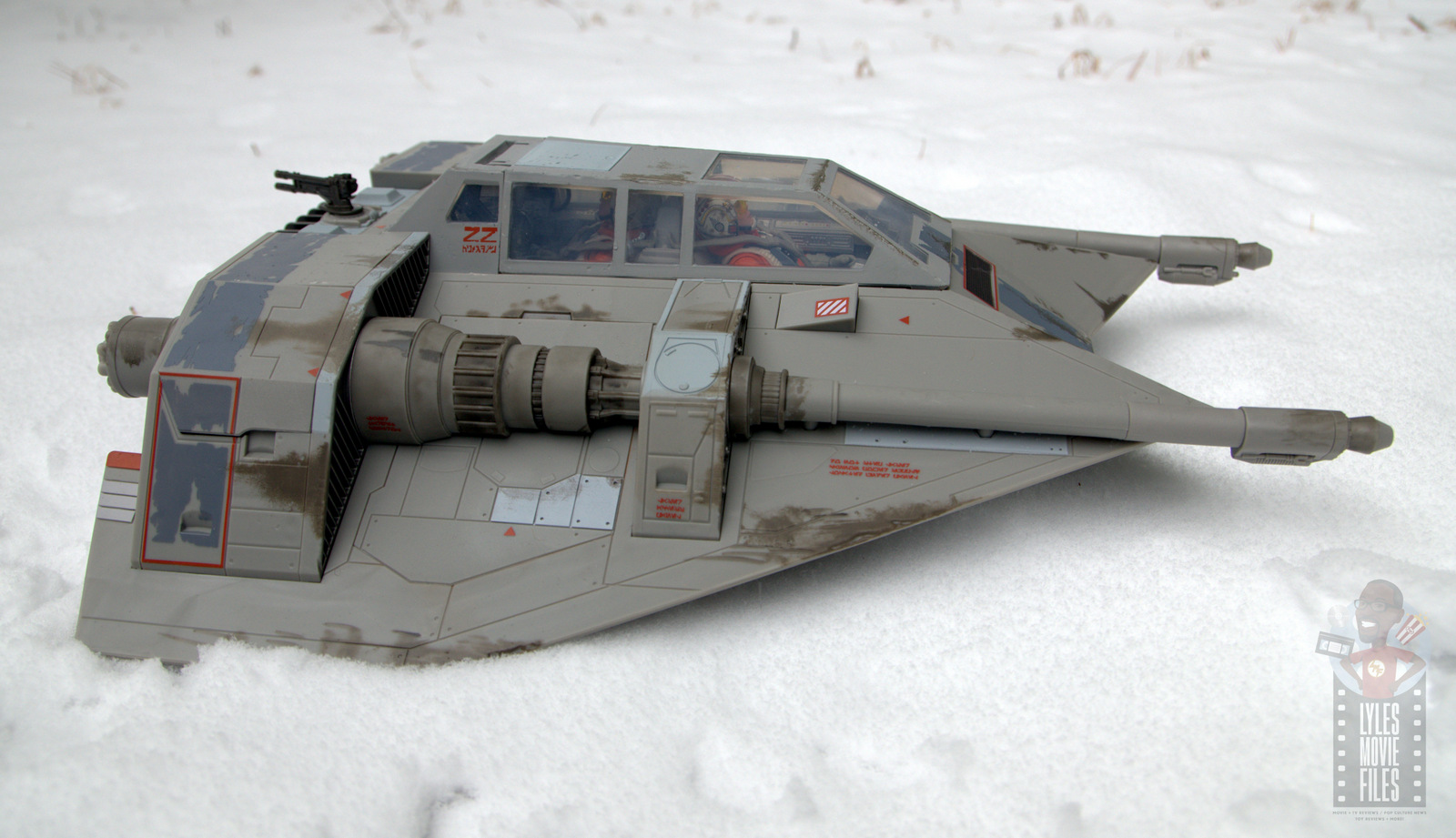 Throughout the speeder, it has chips, dents and battle damage to give it that worn, hardly pristine look. Given all of the intricate detail work with the flaps, panels, blasters and exhausts,  I would have been fine. Taking the extra time to mangle it up a little makes it even more impressive.

Scale: The Snowspeeder wasn’t a small vehicle and the scale is much better than my old Kenner version. Hasbro didn’t shortchange its size and it scales very well with the six-inch figures.

Paint:  Luke’s snowspeeder is the one of Rogue One that lacks the orange stripe at the front or it’s been worn out to the point the grey stripe is all that’s left. This is the kind of precise analytics you’ll get from a reviewer willing to watch Empire. 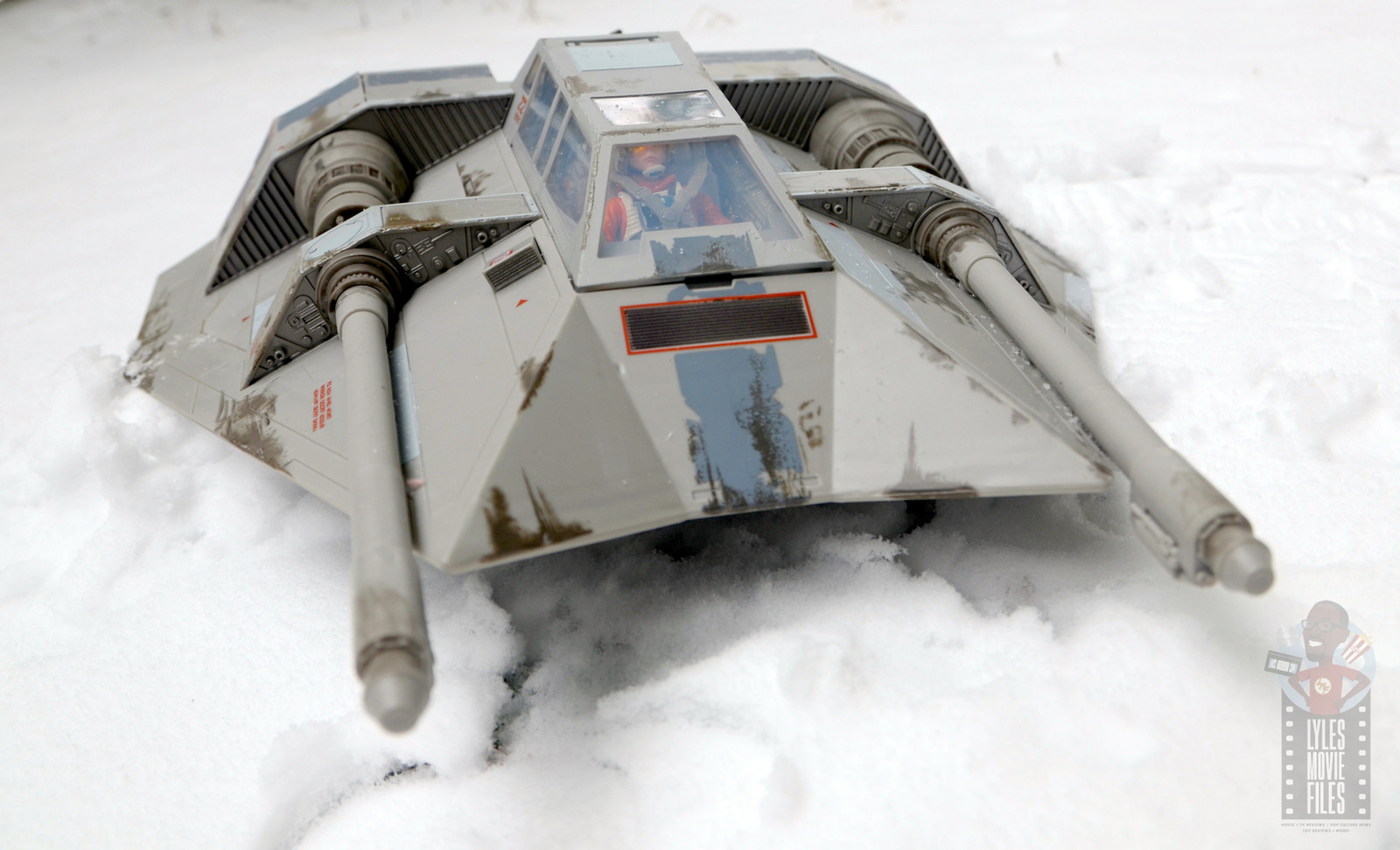 I think it’s a bit greyer than the onscreen version, which has more of a dingy white shade. Like the Imperial Snowtrooper, I think Hasbro opted for this grey tone to help make it stand out in a snowy setting.

The details in the paintwork are impressive. There’s all kinds of scorch marks throughout to show these have been in action for the Rebellion for awhile. The blaster barrels have a faint black to suggest the rapid fire pulse blasts they fire in combat. 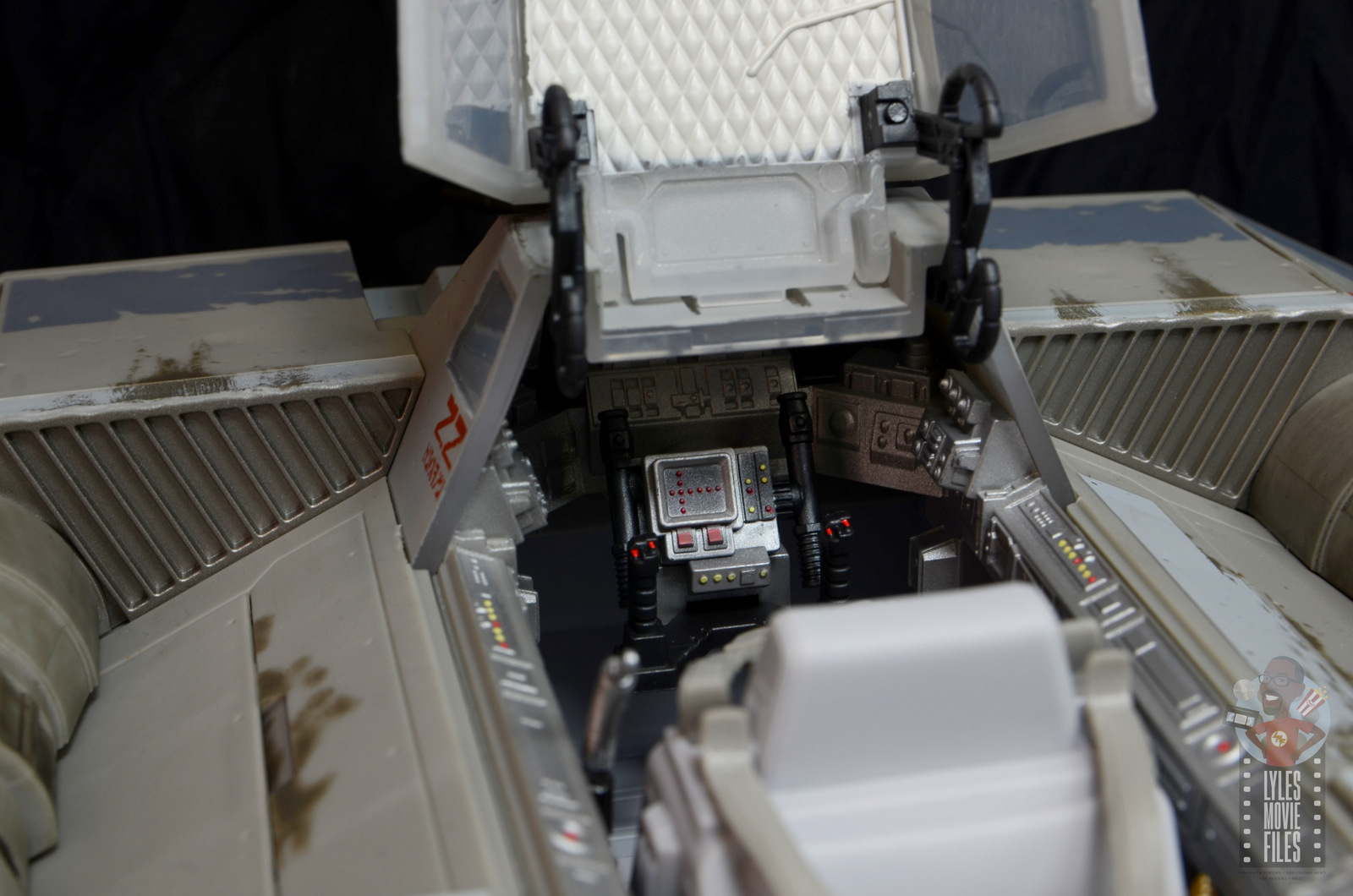 Inside the cockpit is a staggering amount of detail as well from Dak’s readout panel and triggers for the turret, the explosives along the side.

Articulation: The cockpit is on a hinge so it can be posed halfway open like Luke is raising it or can lock into fully opened position so you can see Dak as well. 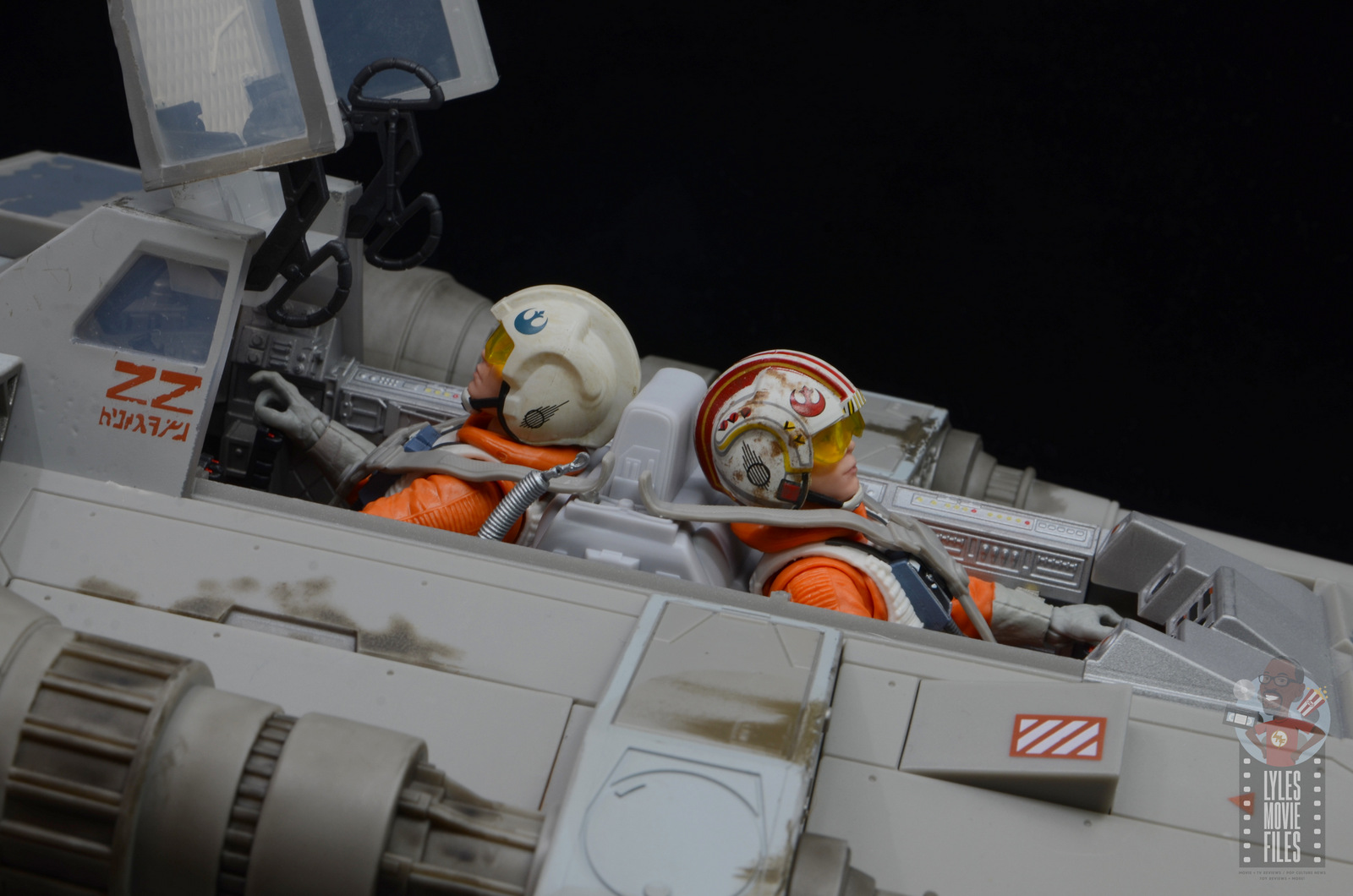 Over on the back, the turret rotates and three landing gears pop out from panels underneath. You can also remove the right side lower half gun port to open a panel to see some of the speeder’s engineering. Additionally on the back are a pair of landing flaps you can pull down. 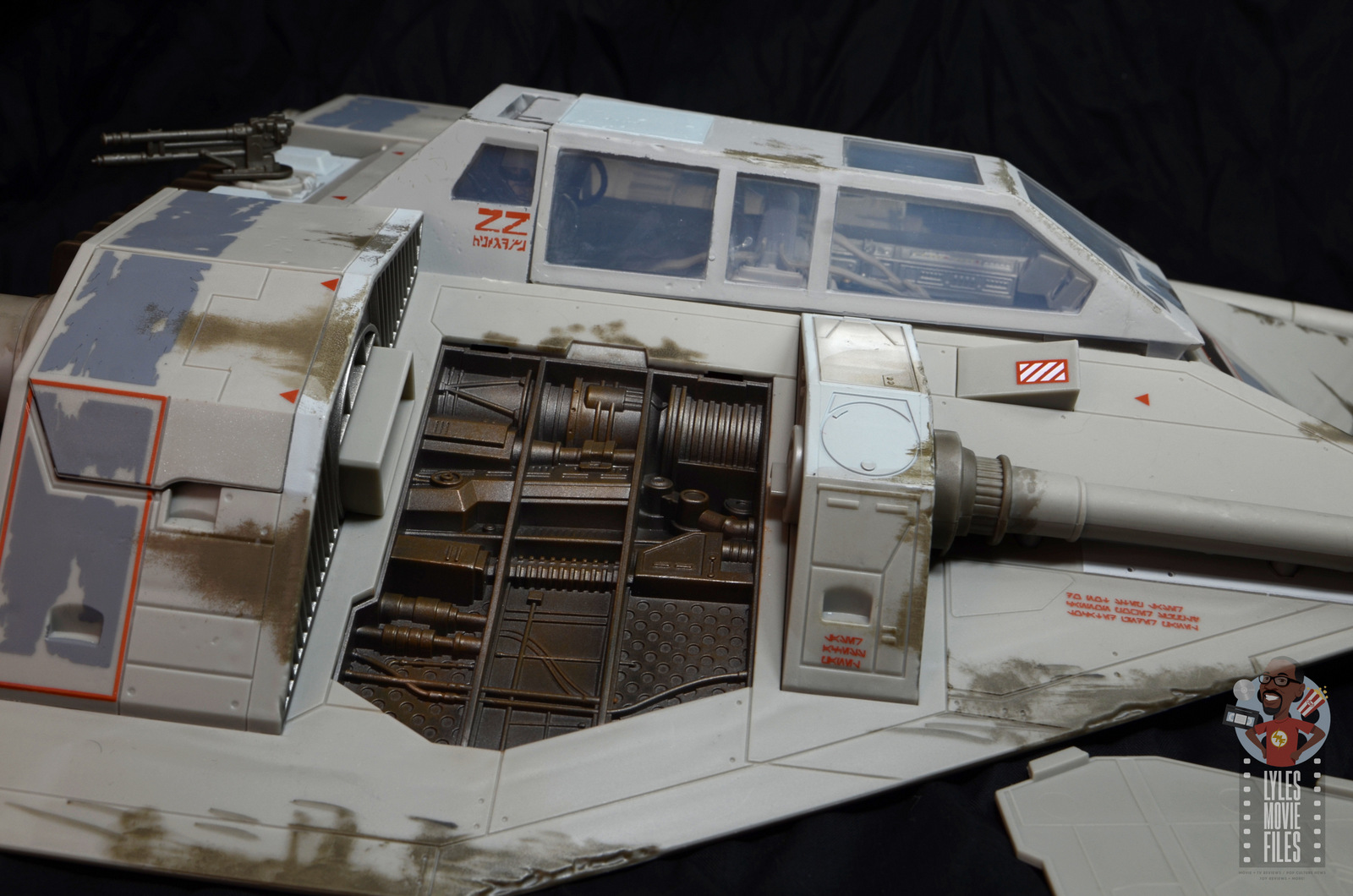 Most of these panels are very stiff and tight to open on the initial crack so you may need something like a screwdriver to pop it open. You’ll definitely want to take your time so you don’t dig into the plastic.

You can pull the grapple cable out to about 22 inches and retract it either by opening the panel underneath and just yanking it back or threading it back through the hole. 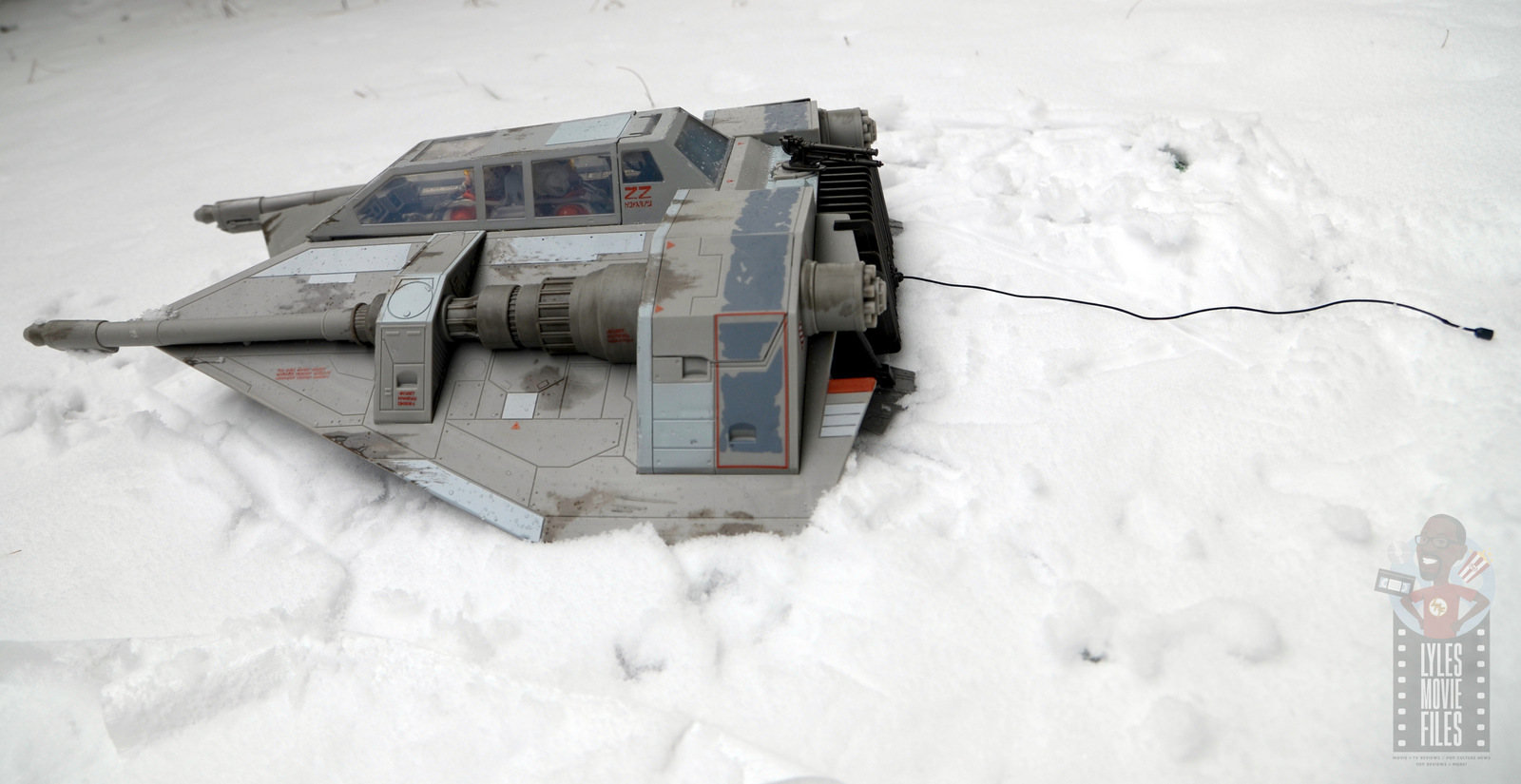 Accessories:  Since the Snowspeeder is the big selling point here, it made sense to call Dak Ralter the accessory. Poor Dak thought he could take on the whole Empire by himself and got felled by a laser blast from an AT-AT.

Most of Dak is reused from the incredible Snowspeeder Luke Skywalker figure. The exception is the headsculpt. 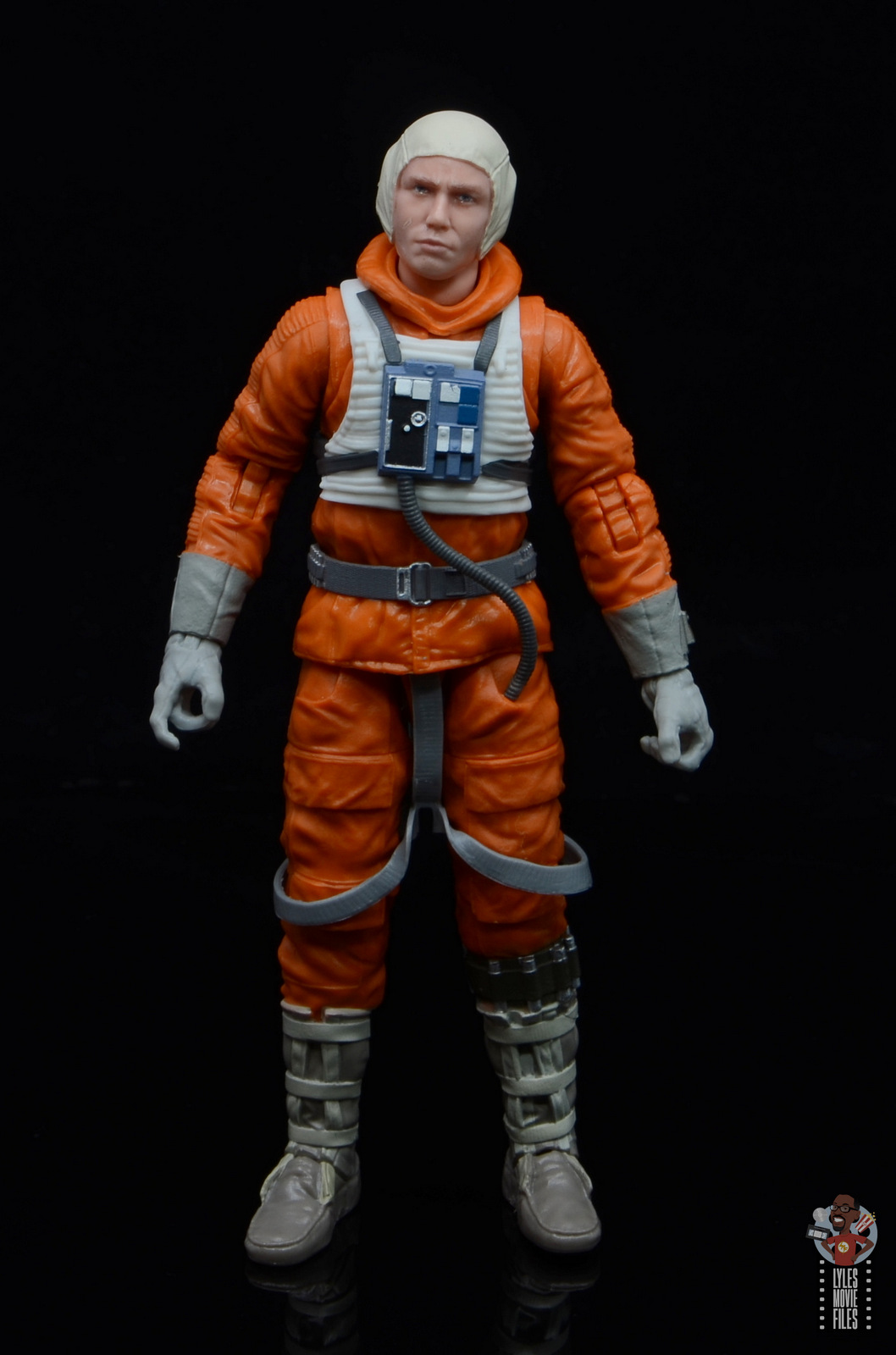 Dak didn’t have a ton of screen time, but there’s enough source material to show that Hasbro nailed his likeness. Now I’m envisioning all these earlier missions that Dak and Luke went on before the fateful Hoth battle. 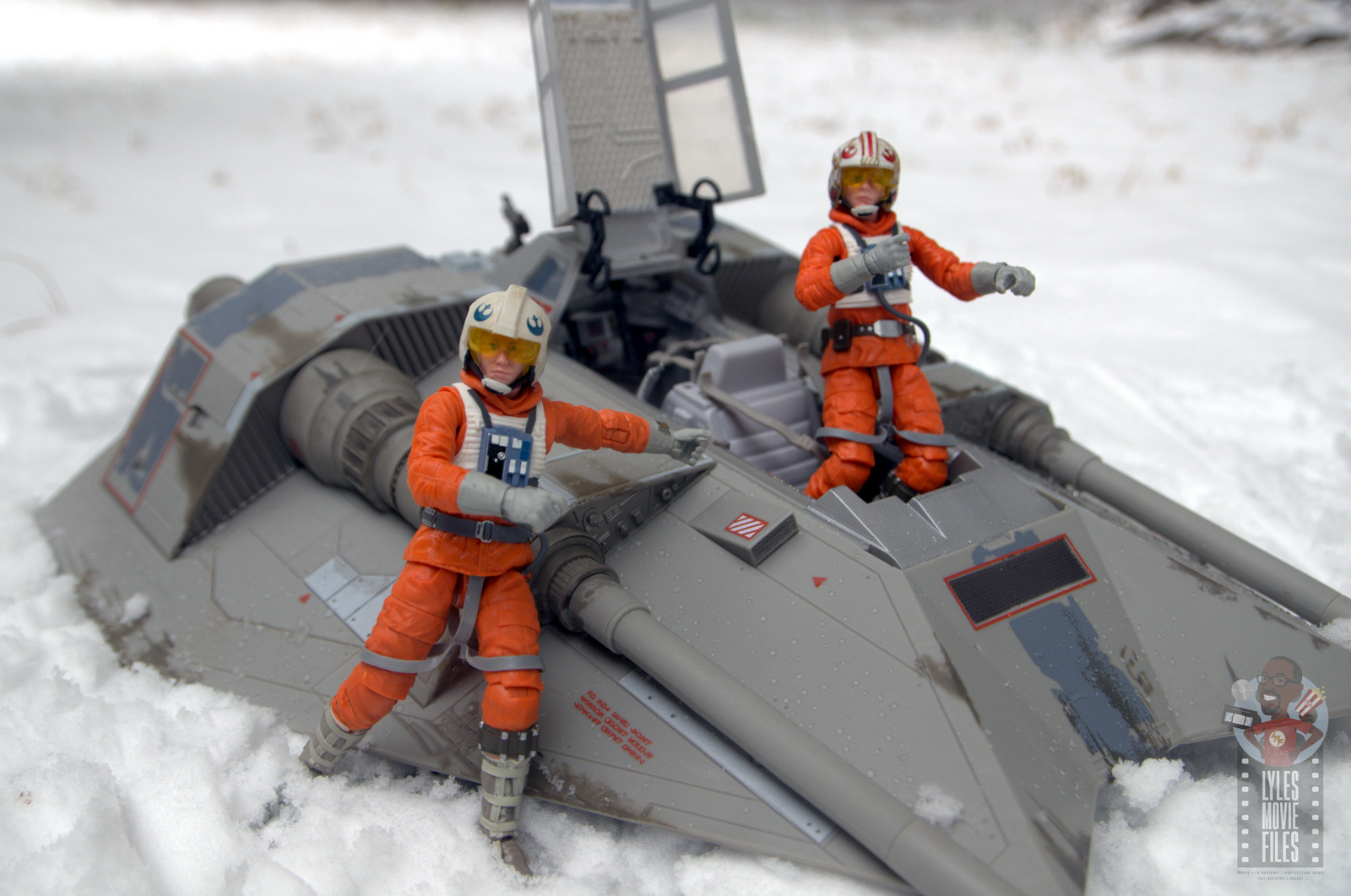 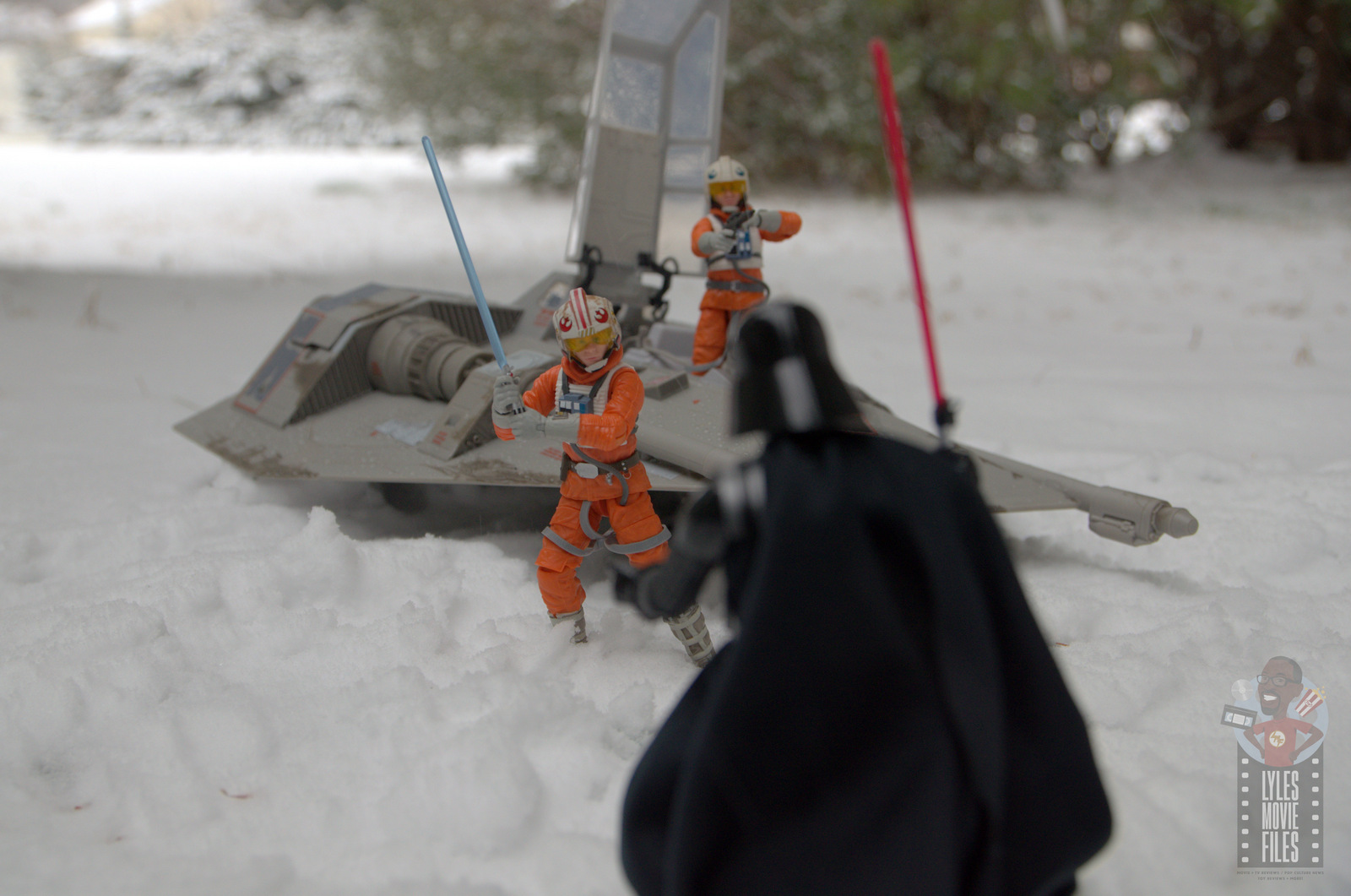 That’s not all on the accessory front though. It also comes with the harpoon gun Luke uses to gain access to the AT-AT’s interior port. It fits easily in Luke or Dak’s hands. 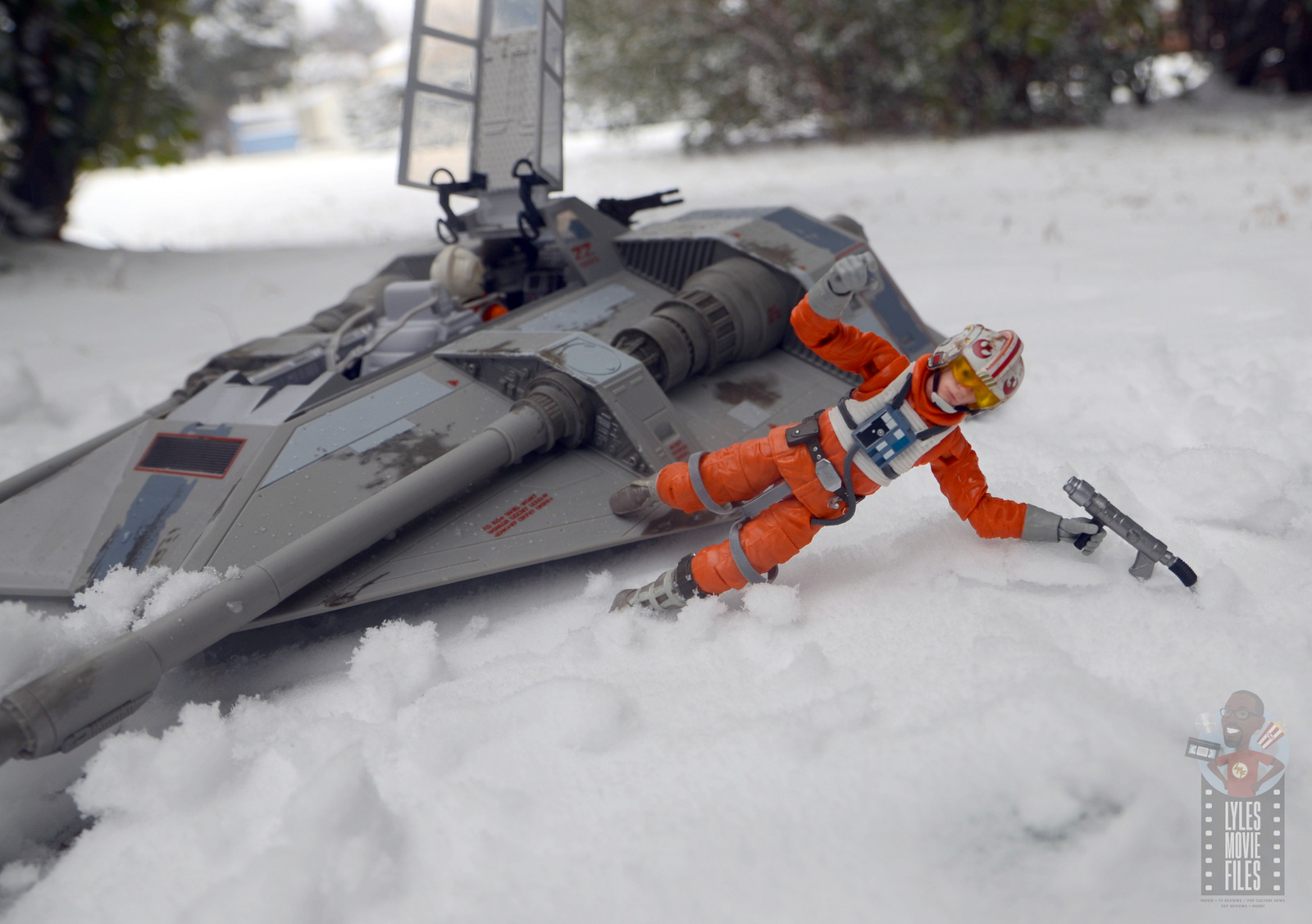 Worth it?  I waited for a Black Friday sale to get the speeder and along with some gift cards, I got it for $70. It’s hard to knock that price, but given everything included and the scale, the standard $118 price certainly doesn’t feel like a bad deal. 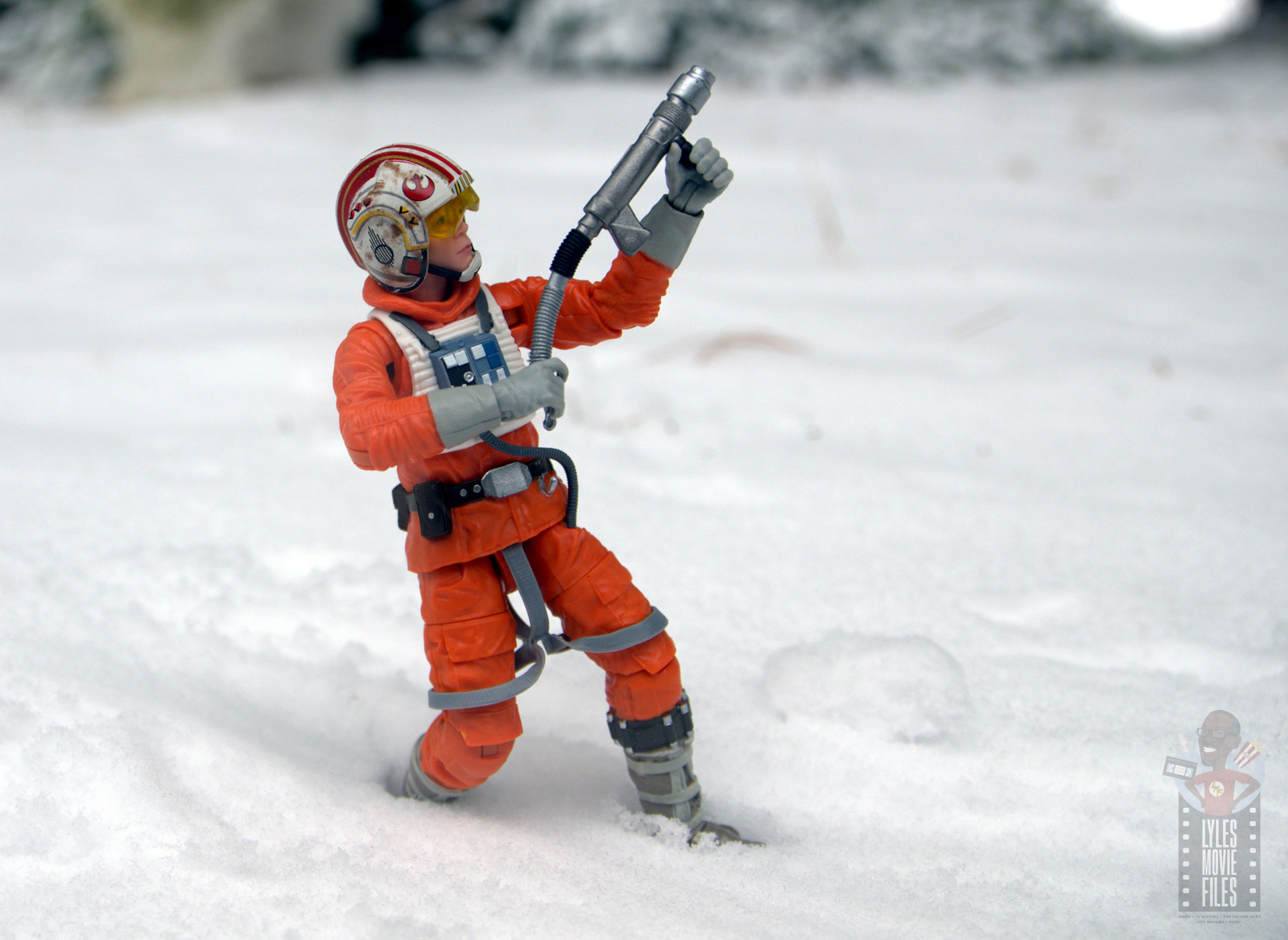 Short of an X-Wing and a Black Series scaled Millennium Falcon, this is probably going to be my favorite vehicle from this line and Hasbro did an amazing job with it. 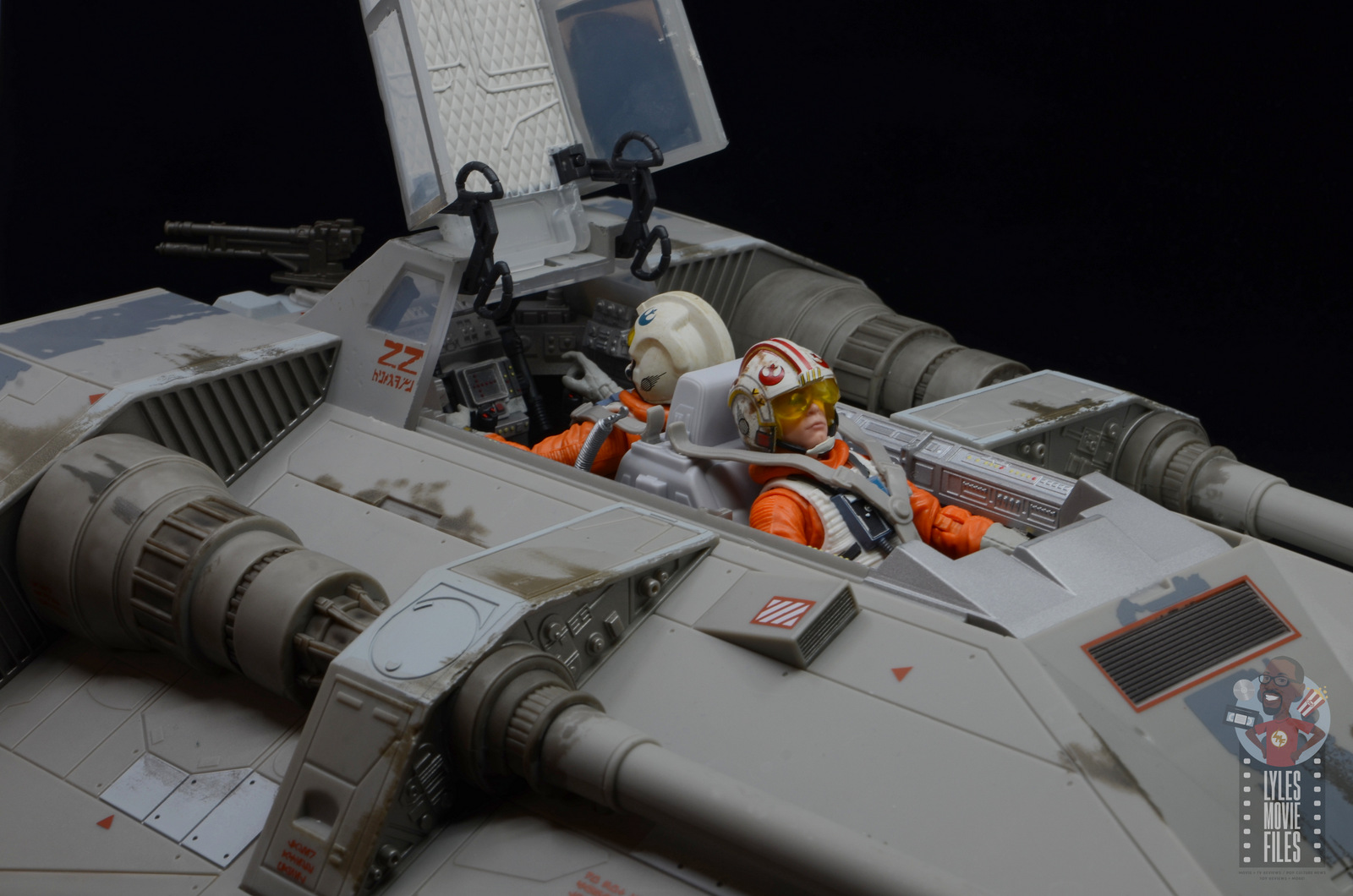 Where to get it? I’m not sure if this ever showed up at retail or was an online exclusive. You can still get it now from Amazon and Entertainment Earth.