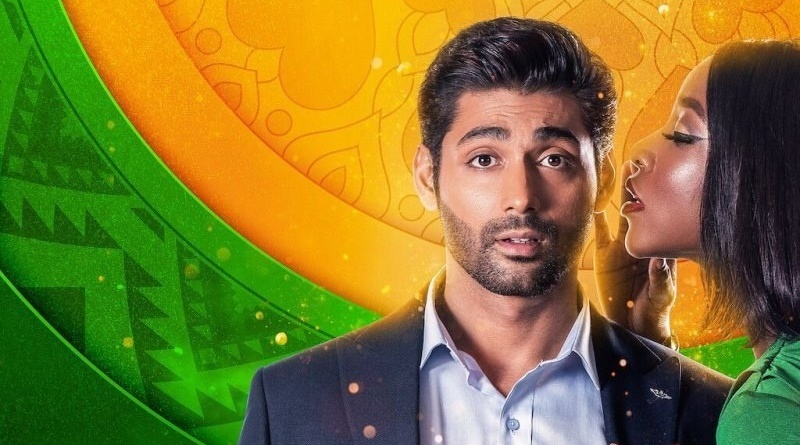 As more and more studios create their own streaming platforms, Netflix is doubling down on its efforts to find more global content. Nollywood has proven to be a reliable partner thanks to the quality performances and production values. Romantic comedies prove to be some of the most bankable since the search for love is easily conveyed in any culture. Namaste Wahala is the latest Nollywood export and it’s not content just being a basic rom com.

With heavy dramatic themes like domestic violence and societal roles; crude humor (i.e. a farting mother-in-law) and some stop everything music videos getting equal attention to the main plot of the complexities of intercultural relationships, Namaste Wahala attempts to have a little something for everyone. The only thing that’s missing is a shootout or someone discovering their superhero powers. Maybe in the sequel?

That Ninja style puree of genres probably shouldn’t work — and at times it doesn’t — but there’s enough fun here to make for an entertaining diversion.

Didi (Ini Dima-Okojie) and Raj (Ruslaan Mumtaz) have a chance encounter on a beach and are instantly smitten. A second meeting affirms this connection was meant to be and the two enter into a whirlwind romance. Unlike most rom coms, writer/director/actor Hamisha Daryani Ahuja has little interest in exploring the fun early days of this courtship. That’s conveyed just as easily with a montage of goo goo eyes and smiles…and the random music video.

Ahuja is much more interested in the relationship pot holes that come when Didi and Raj attempt to introduce each other to their parents. Didi’s parents, specifically her domineering father (Richard Mofe-Damijo), wants nothing to do with Raj. Raj’s mother is similarly dismissive of Didi and concerned his new girlfriend won’t even be able to cook for her son.

The parental drama and efforts by Didi and Raj’s best friends make for some legit funny comedic moments. Due to the rushed nature of their characters’ courtship, Dima-Okojie and Mumtaz struggle to show much romantic chemistry.

Maybe as a result of having a woman screenwriter/director, Didi’s arc through the film doesn’t just revolve around Raj. Granted, most rom coms have some cursory workplace settings to show the female lead thriving at her job and failing at her love life and some hastily resolved incident that needs fixing in time for the finale. Namaste Wahala takes a much different approach.

Ahuja devotes a larger than expected amount of screen on Didi’s pro bono legal work as she attempts to aid a woman beaten by her boyfriend. And the boyfriend just so happens to be represented by her father’s law firm. That’s a pretty heavy subject matter for the typically excessively lighthearted romantic comedy genre and feels out of place especially when those scenes are followed by Didi having to share a bed with Raj’s mother. 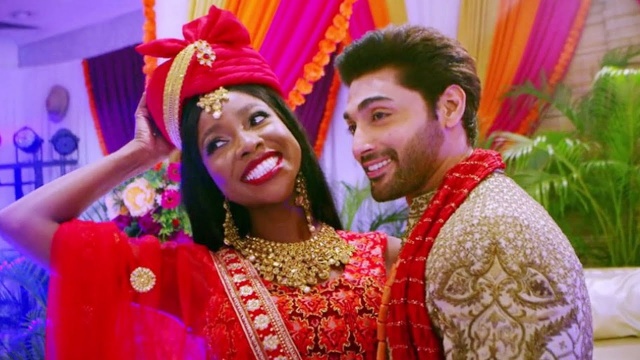 And at times, this subplot plays out more like a soap opera with some bombastic over the top musical scoring that seems melodramatic just for the sake of being melodramatic.

Despite those challenges, the film has enough fun moments to make the investment worthwhile. Namaste Wahala is one of those films where I wish Netflix had some sort of bonus features like a director’s commentary or behind the scenes for viewers interested in the cultural differences and challenges. It would be interesting to gain more insight from the cast and crew on this kind of romance.

Namaste Wahala makes good on its romantic comedy intentions and aims for a little extra credit by tackling a few extra genres that ultimately makes it more complicated than necessary.