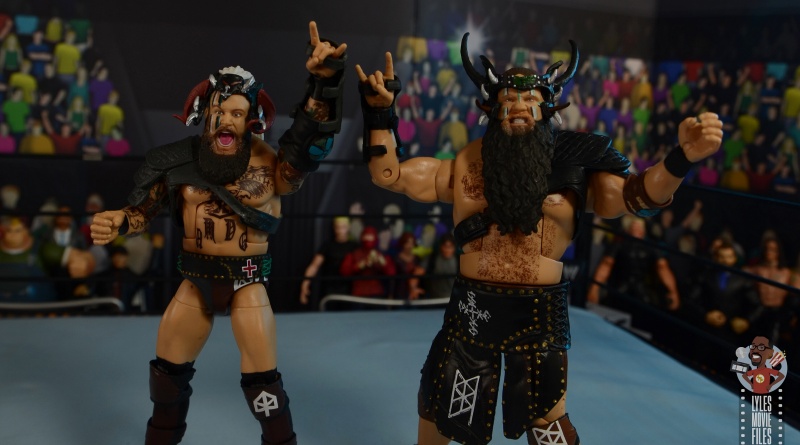 Ivar and Erik, aka The Viking Raiders, are a team I’ve been following for years when they were War Machine in Ring of Honor. They have been one of the better tag teams of this generation and while they’ve largely been wasted on WWE’s main roster, they had a fun if brief stint in NXT.

Mattel took a little more time than I’d like before releasing the Ivar and Erik, but they were worth the wait as these are two of the strongest modern offerings of 2020.  Time to experience these Viking figures.

Packaging: Series 80 marks the final set with this majority red color scheme with the black, grey and white accents. I don’t think this one outstayed its welcome like some others, but the 2021 packaging is an upgrade. 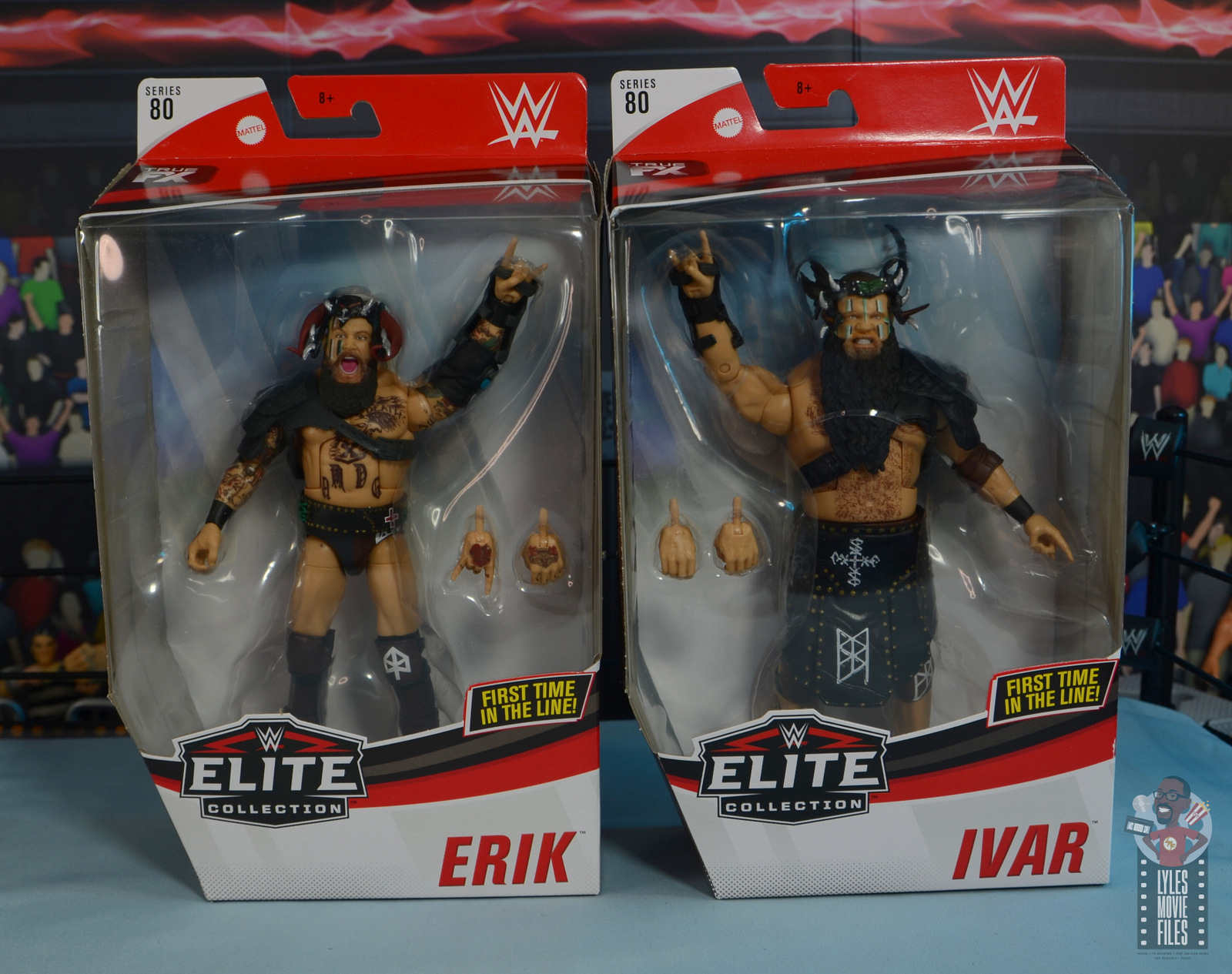 Both figures feature a side action shot and portrait on the other side. I like how the figures are positioned to raise the arms together as they hook the Viking horns. 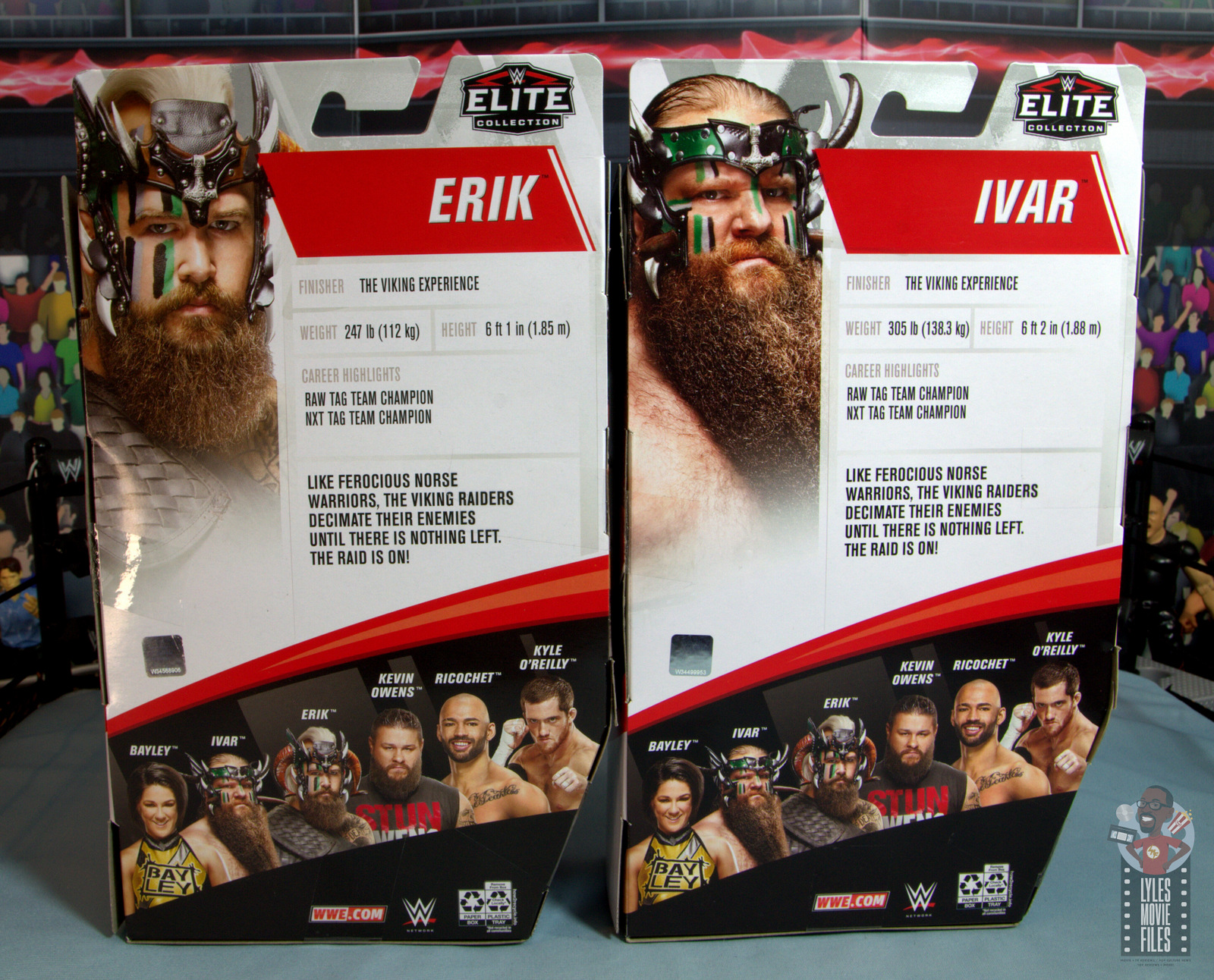 The bios are the same for both figures, which I always find kinda funny since it’s not like collectors are just getting one figure. It’d be nice to see a little personalization for both members of the teams since the WWE bios are some of the best in the biz.

Likeness:  I don’t typically like the extreme expression head sculpts, but these are totally fitting for the former War Machine. They both look intense and ready for war. 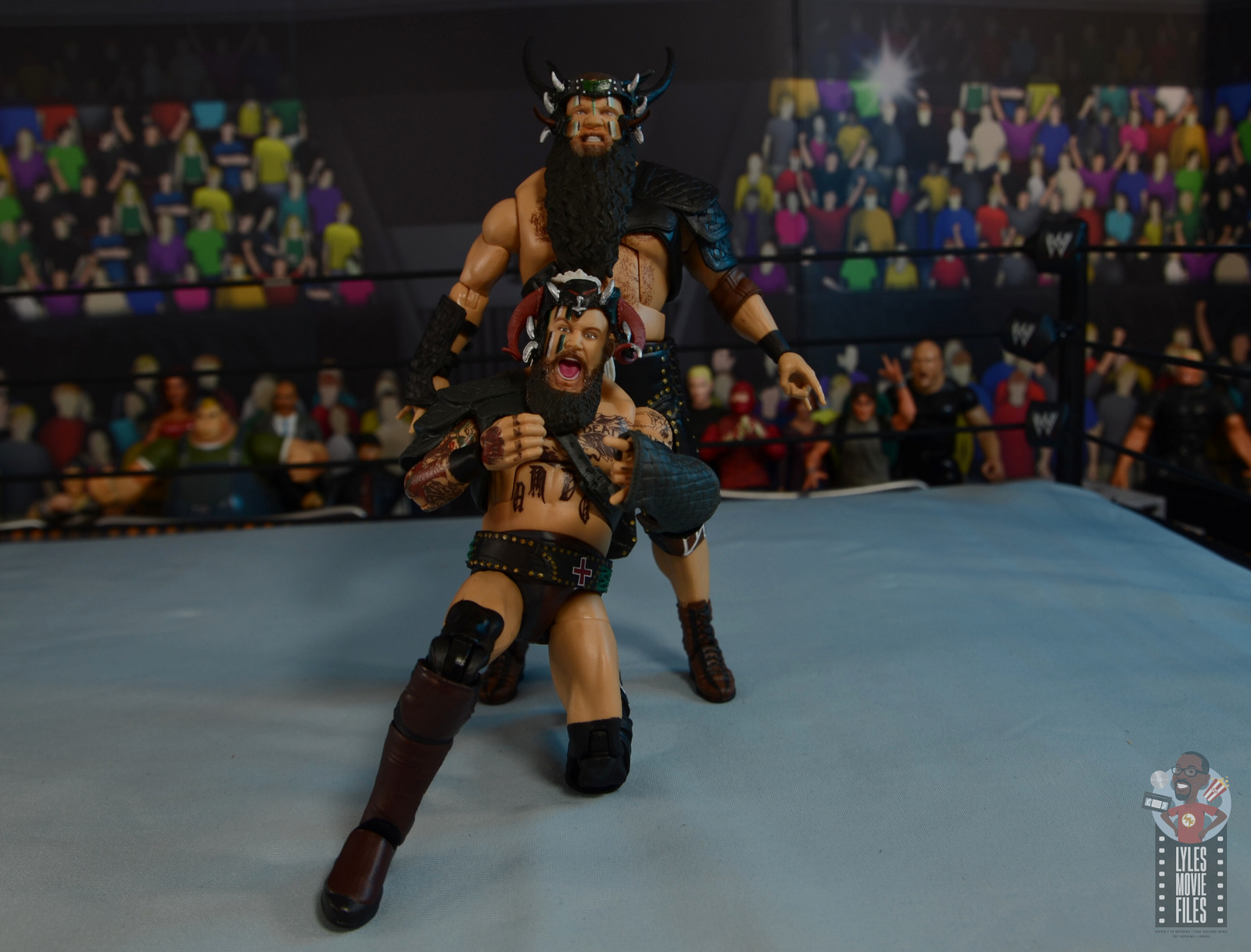 These more dynamic expressions don’t always look great as they fail to capture the essence of the character. With The Viking Raiders this is more of their default expressions so it works.

Mattel went with the right torso for Erik although they should have gone a size up for his legs, which look a little undersized. 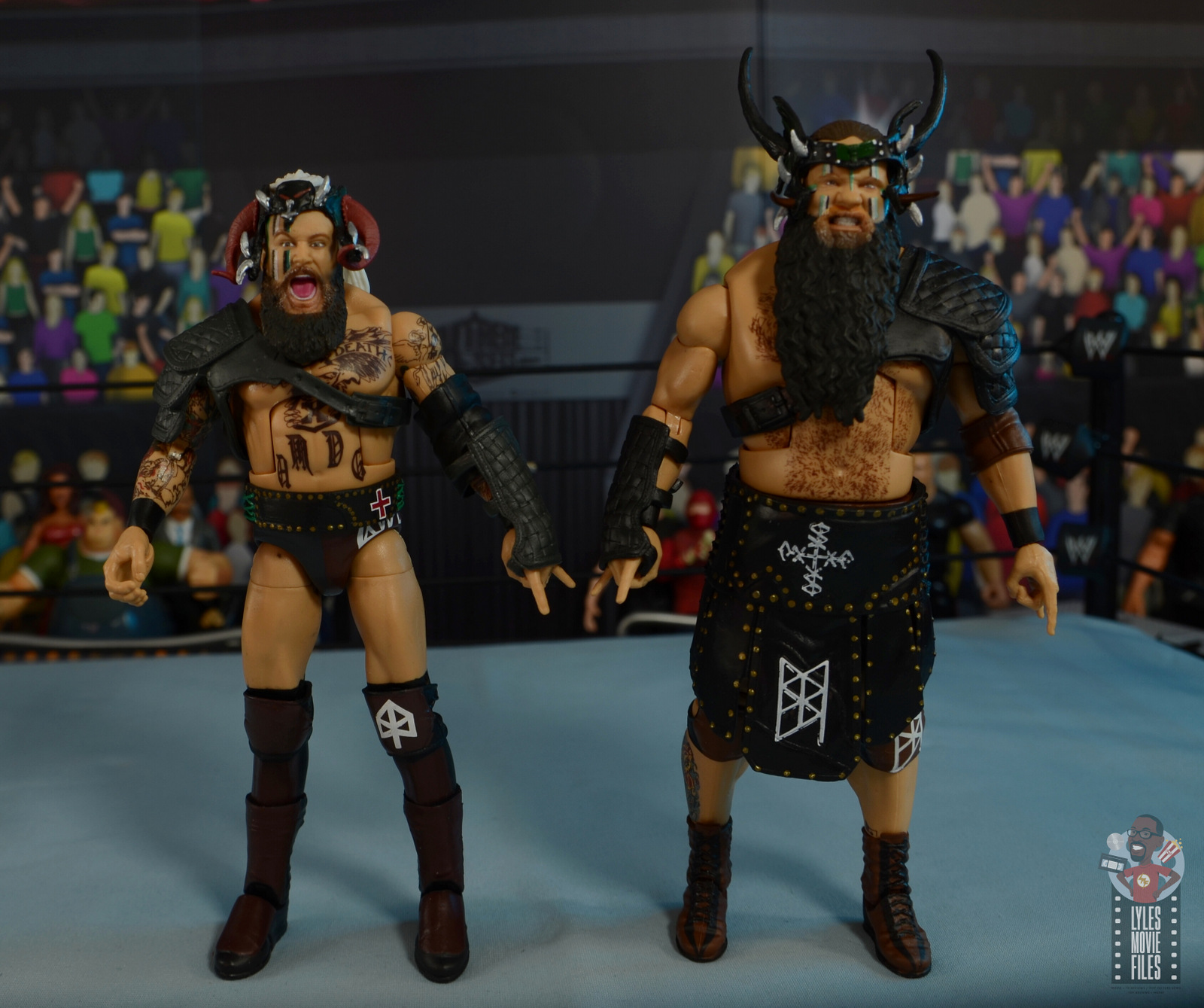 Ivar’s sculpt captures his bulk and heft. I always like seeing the visual difference like this with teams where one guy is much thicker and massive than their partner. 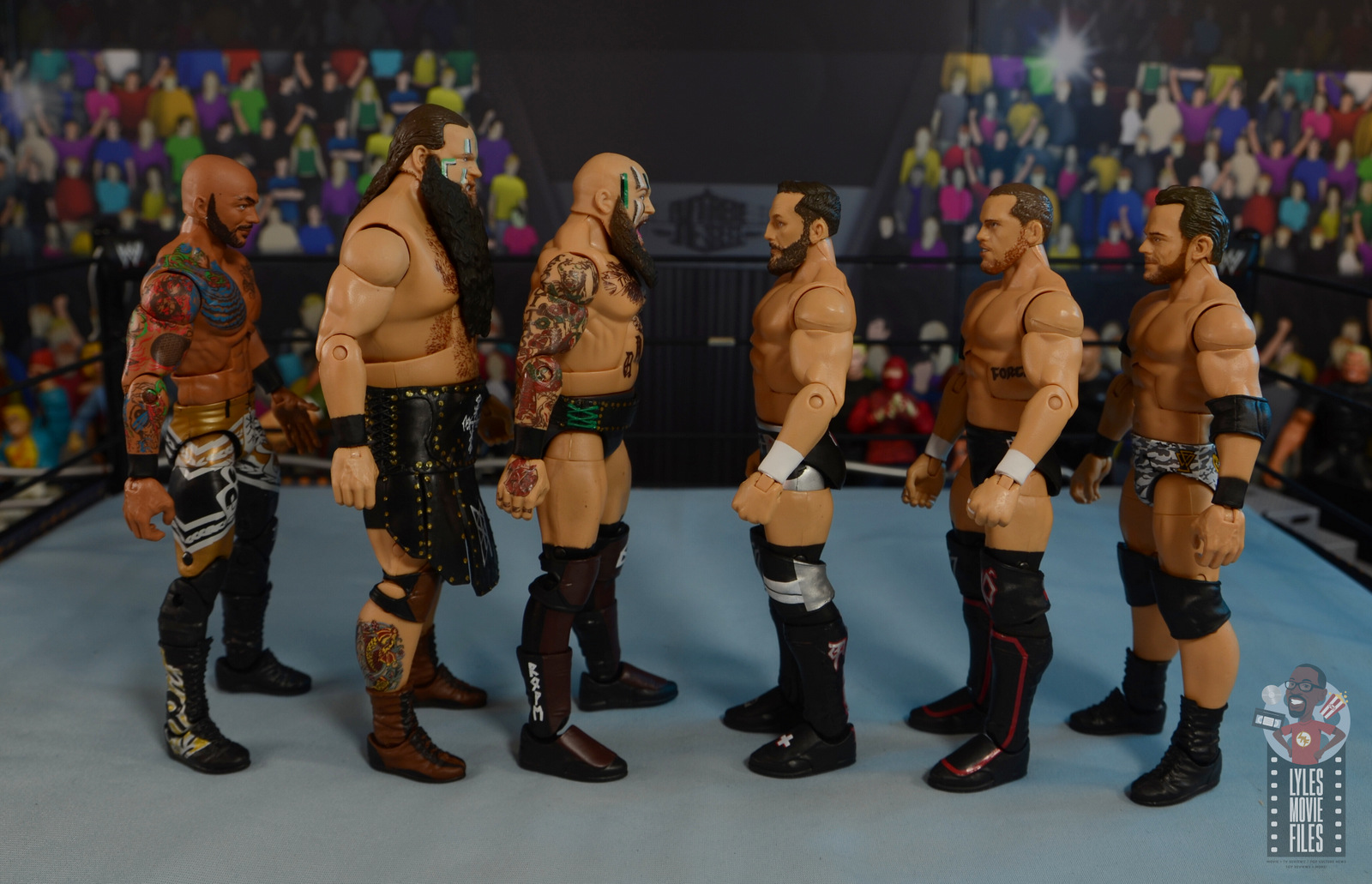 Scale:  Ivar is the bulkier heavy hitter and he’s 6’2”. Erik is leaner and more in shape at 6’1”. That puts them taller than the 6’ Kyle O’Reilly and 5’11” Bobby Fish. Ivar is just a smidge too tall, which seems exaggerated due to his bulk.

Paint:  Erik and Ivar have relatively simple paint jobs in terms of their attire. The main work comes with their exceptional head sculpts. I’ve seen both on shelves with some spotty paintwork with the face paint. My figures aren’t perfect — there’s still that random black overspray in some sections — but the detail is really impressive.

The face paint looks like a different texture with more of a grease paint appearance. The eyes and facial hair turned out very nice with the gradients.

Mattel went too heavy with Ivar’s beard — it should just be dark brown instead of brown going into black. That’s something a dry brush will fix without any problem.

I also don’t love the approach on Erik’s legs. He’s a guy that probably should have the longer leg sleeve style kneepads. I hate how they restrict articulation so painting the legs is the better option.

Both Viking Raiders sport tattoos, Erik with a far greater amount. Compared to reference photos, Mattel didn’t slack off on anything on that front. 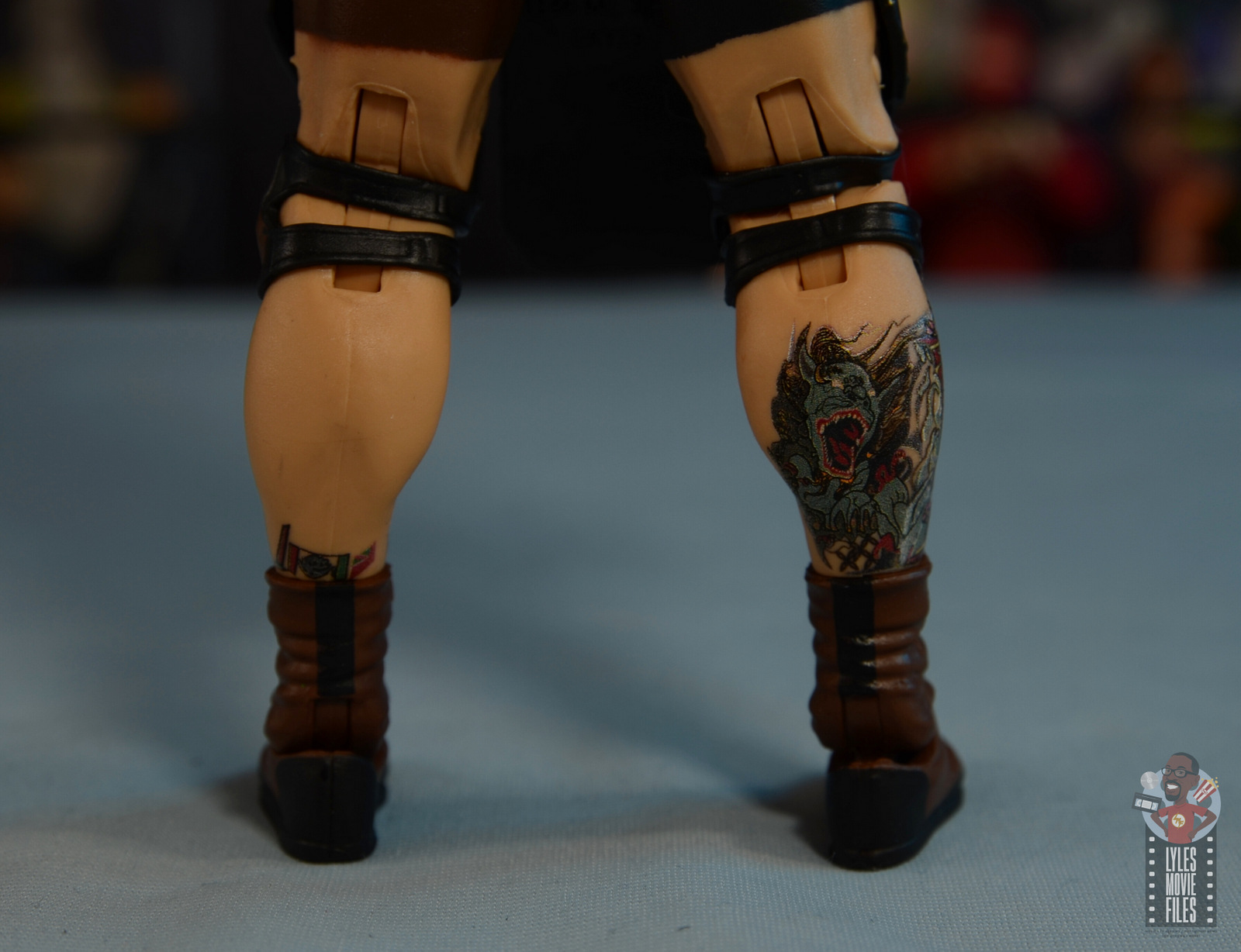 Articulation:  While Erik is the more technically sound member of the team, Ivar has a surprising amount of agility and moves like a larger cruiserweight. 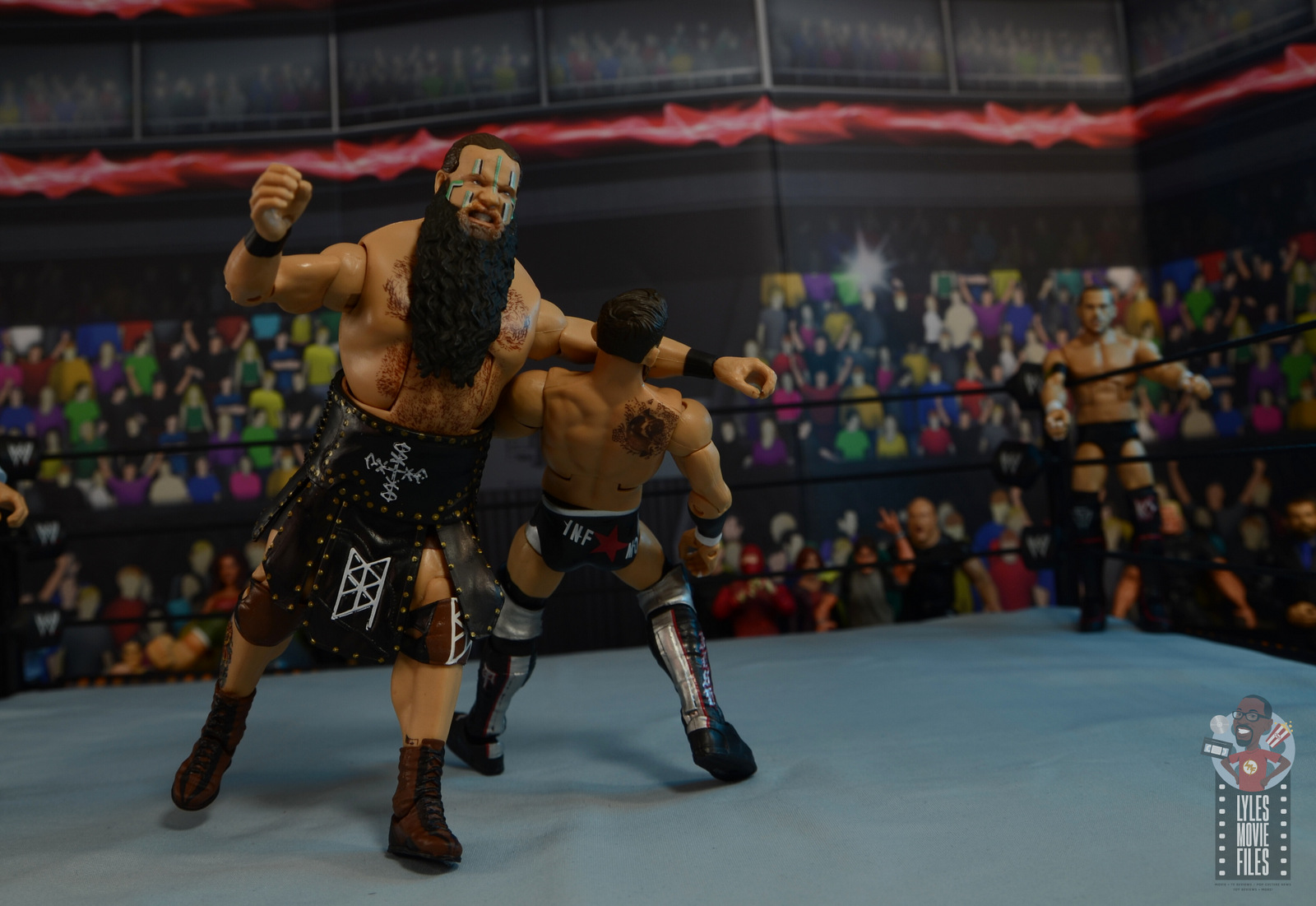 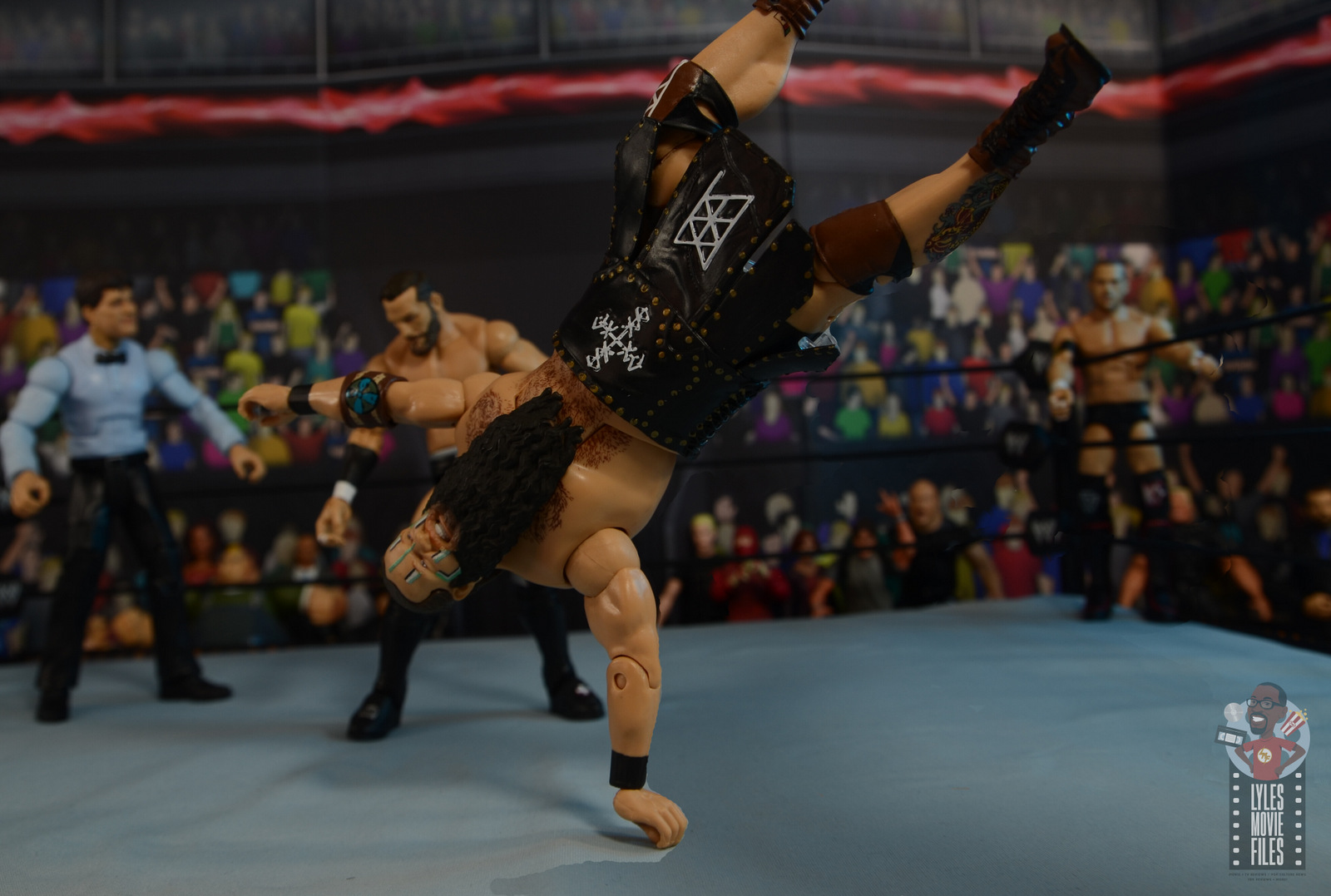 The figure molds allow for both guys to hit their respective moves without much trouble although I wish I could do Erik’s shotgun knees tighter. 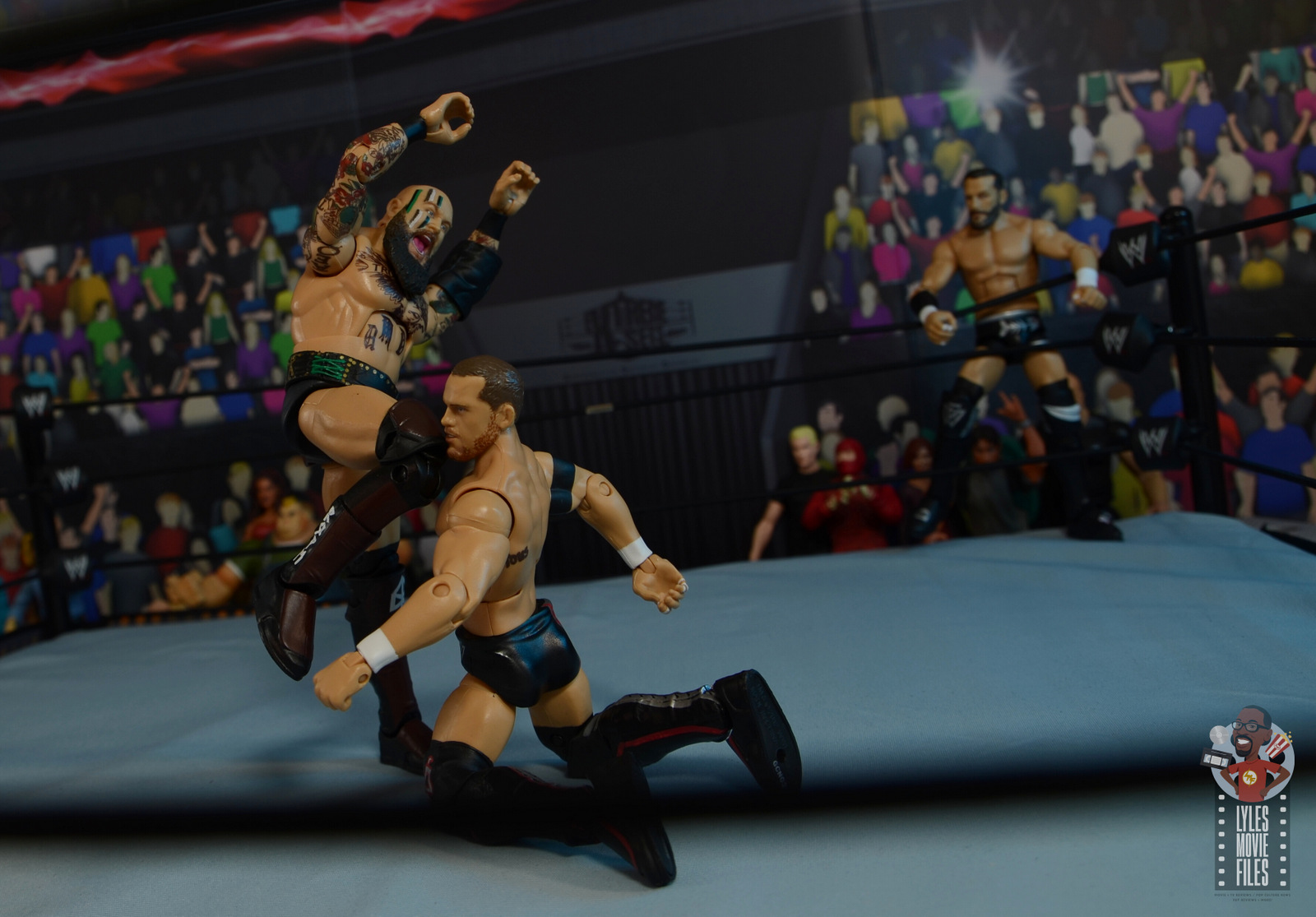 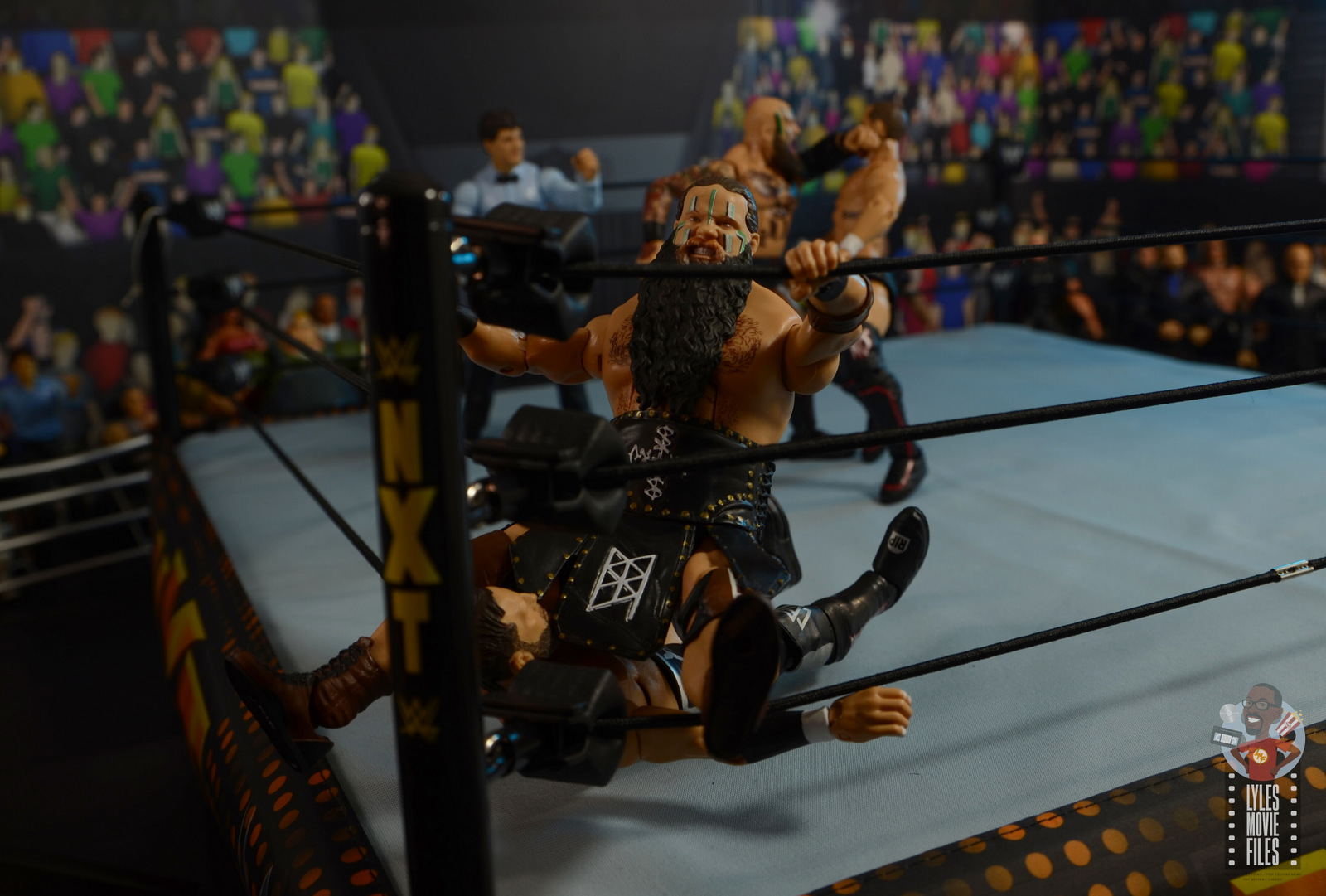 Ivar and Erik have: 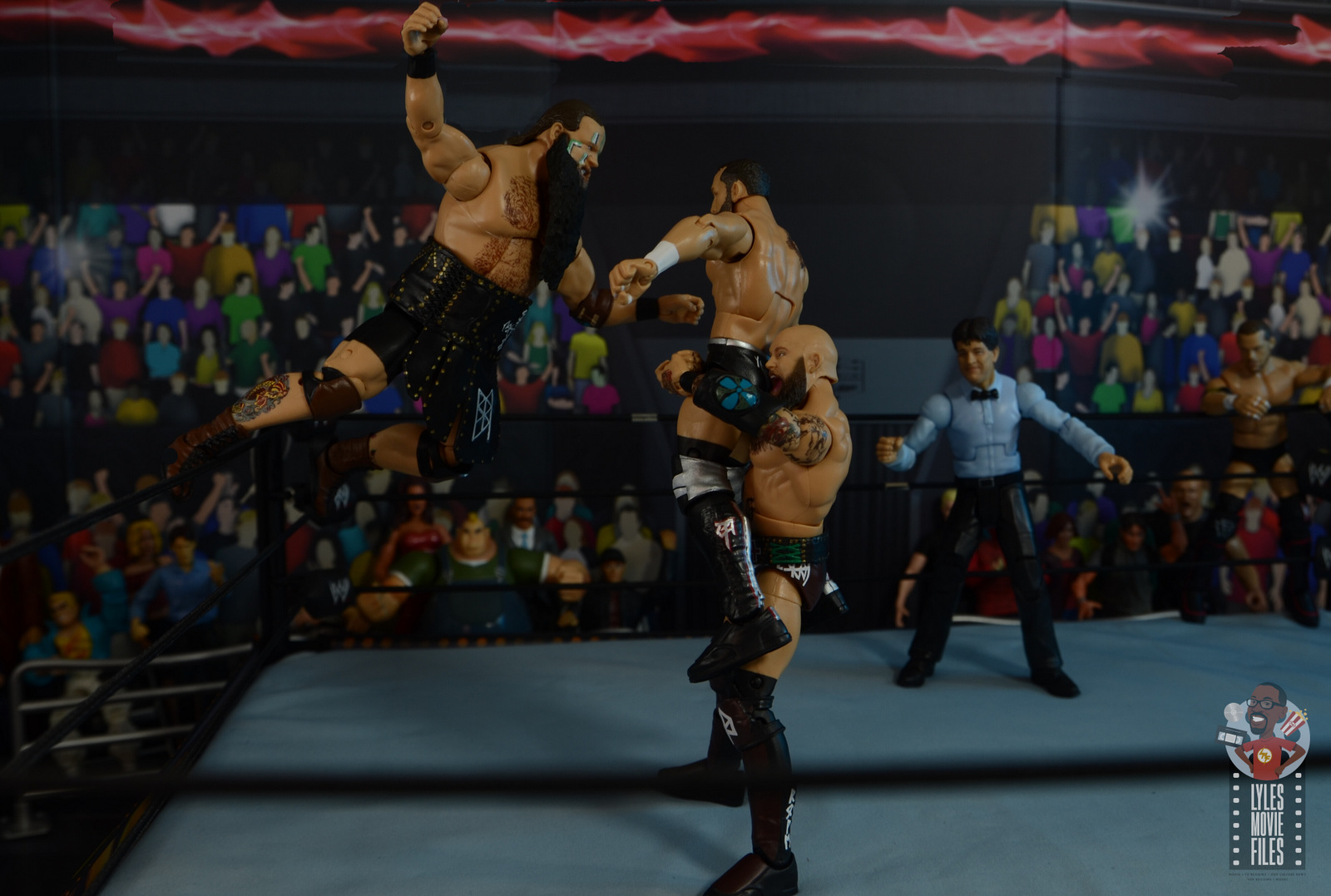 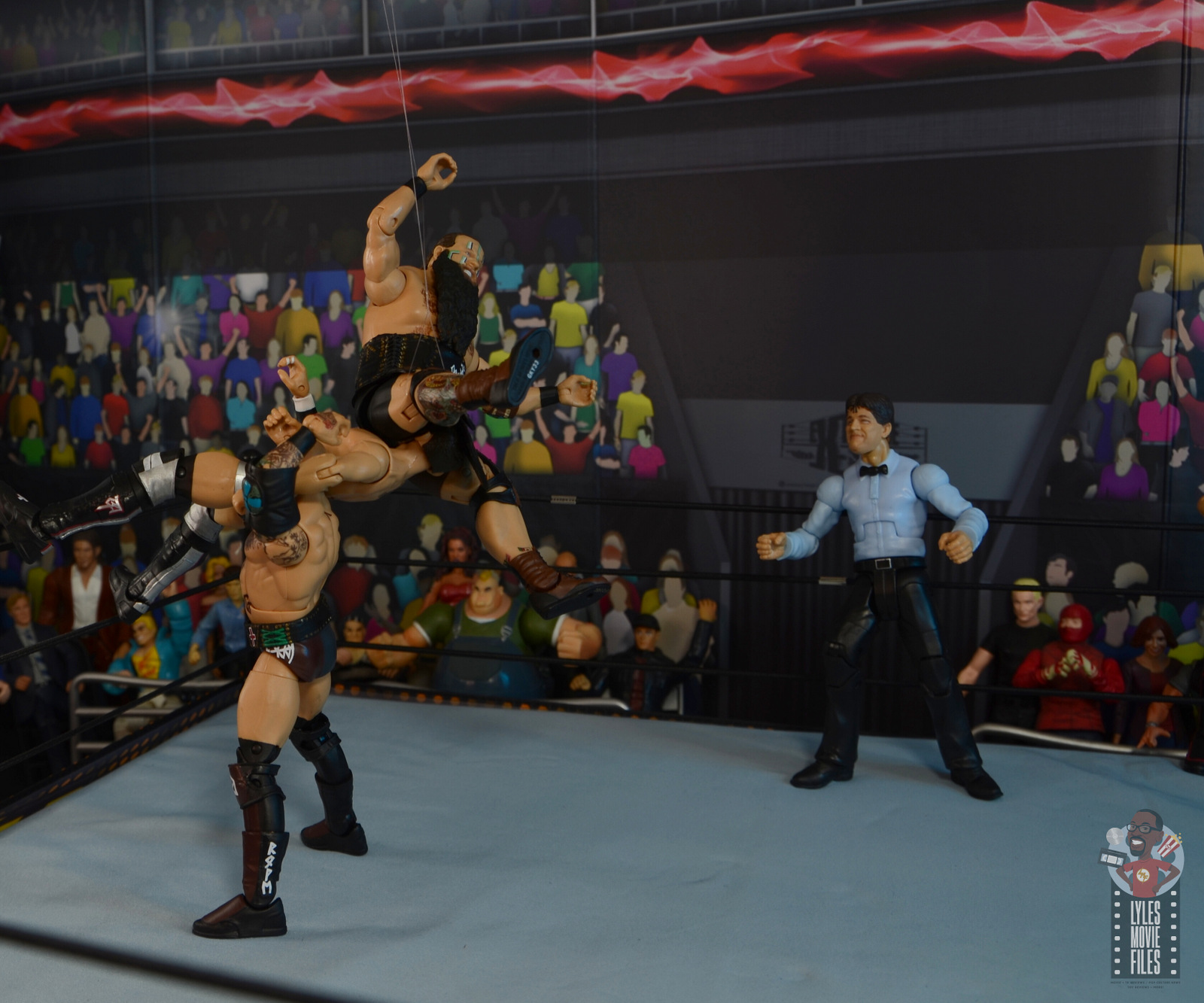 Accessories:  Mattel waited a few years before releasing the Viking Raiders and made it worthwhile by going all out with the accessories. 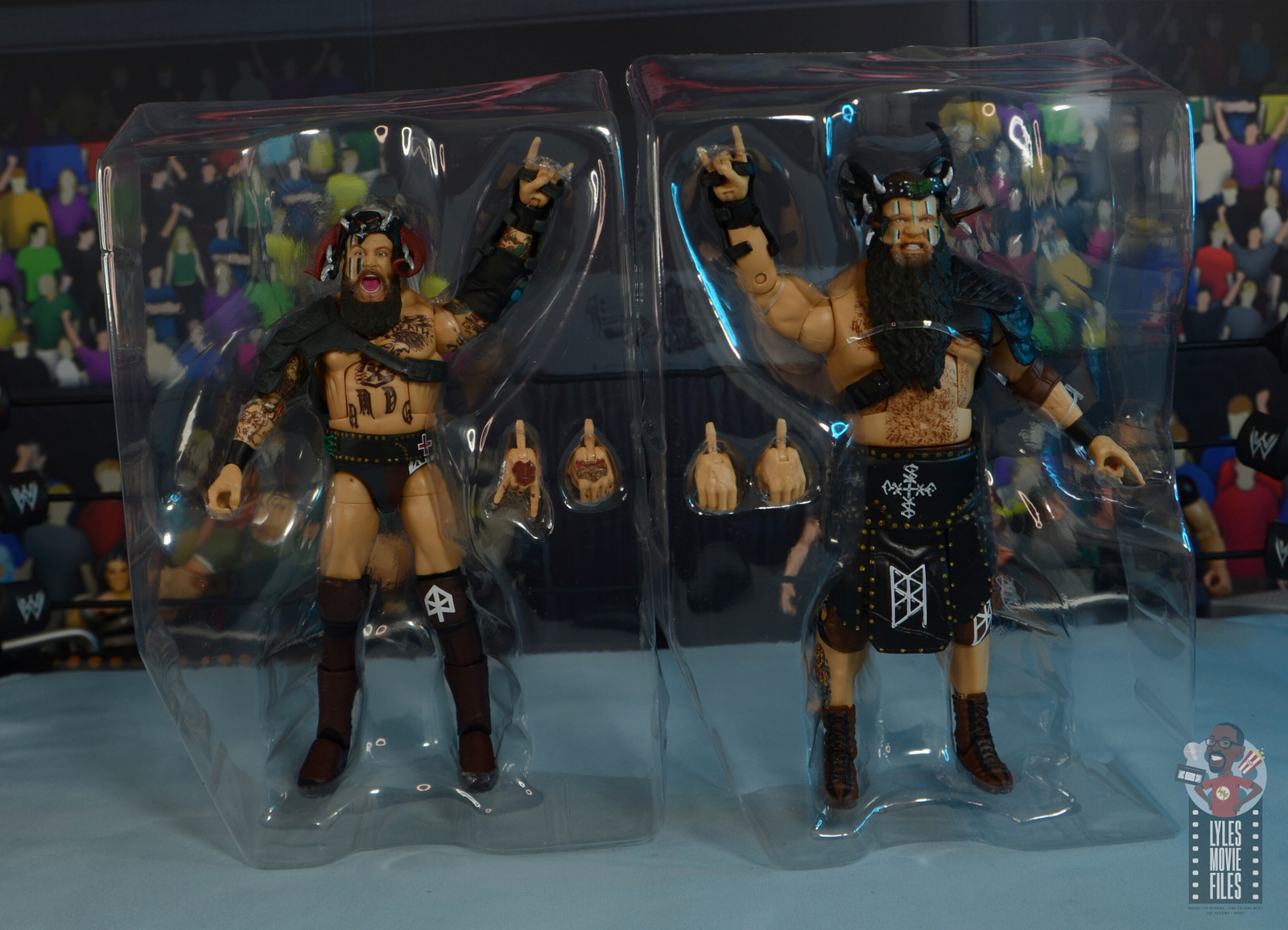 Both Ivar and Erik have one gauntlet and shoulder pad on the opposite side of each other.

They also have helmets with an extraordinary amount of detail and at least three paint applications.

Finally, they also have another set of swappable hands. Ivar has his fists while Erik has the matching right hand horn hand and matching left fist.

Worth it?  In a weird pricing shift, Ivar has been on sale for a long time for $15 while Erik has occasionally jumped beyond the regular $20 price tag. I’m not sure if Erik will actually drop to Ivar’s price, but I’d recommend grabbing them now to avoid a major markup later.

The Viking Raiders are two of the strongest figures from Mattel we’ve gotten in a long time. I had to take a little something off for Ivar’s beard, but this is exceptional work and a modern tag team worth seeking out to add to your collection. 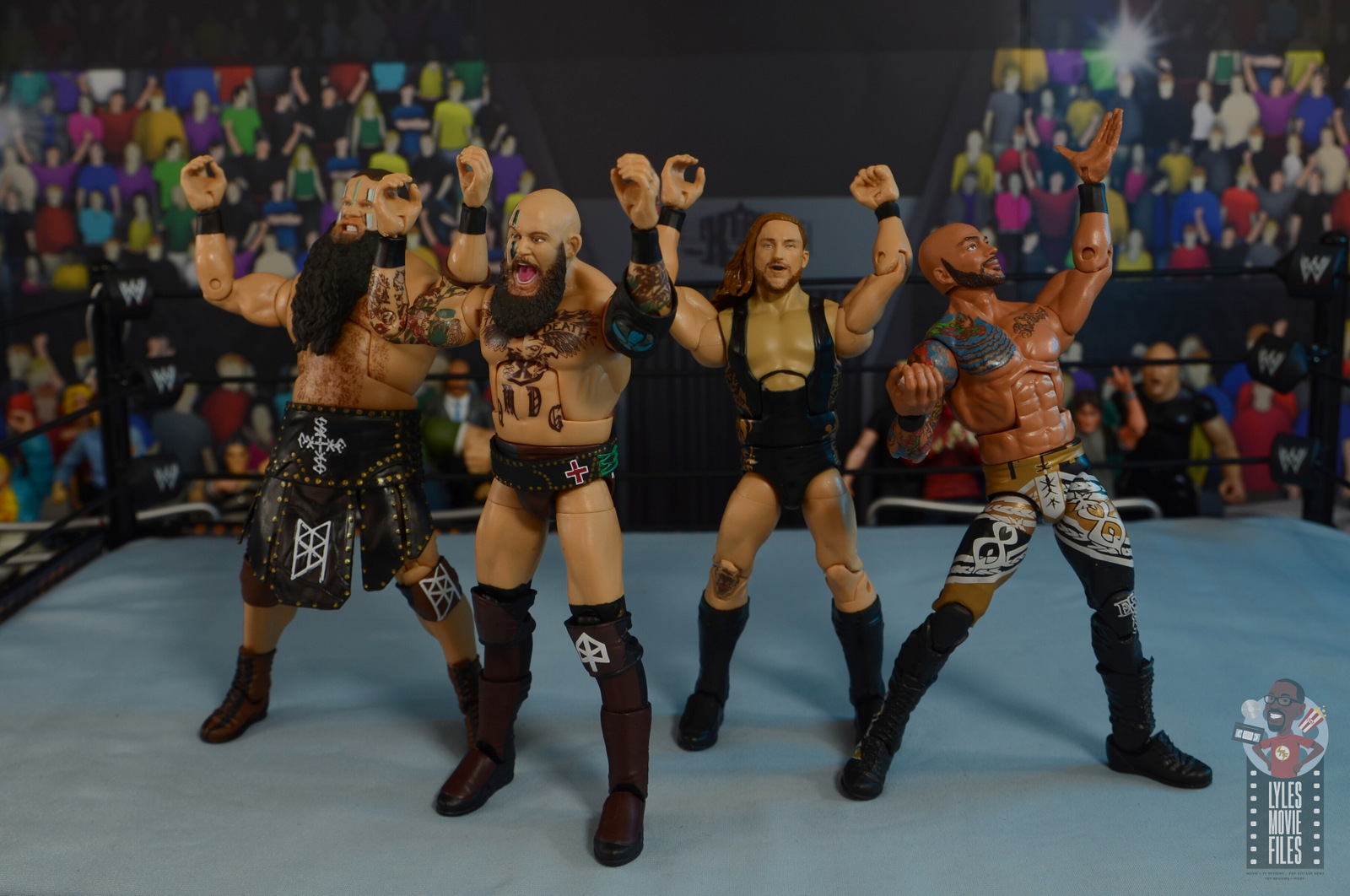 Where to get it?  I got Erik and Ivar from Amazon although I’ve seen them at Target as well.