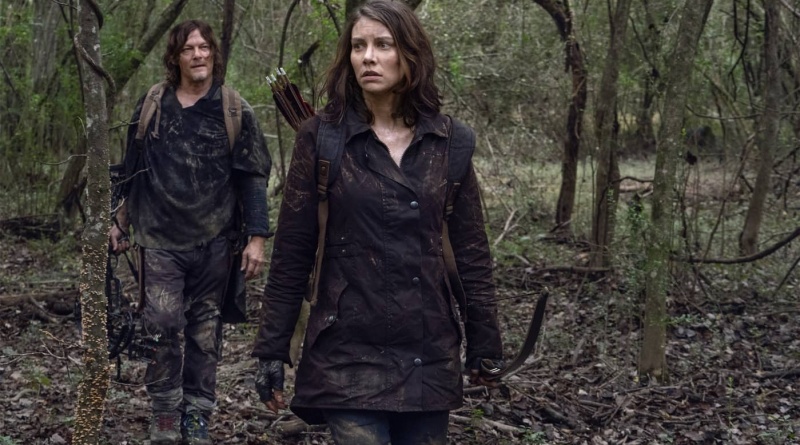 Home Sweet Home marked The Walking Dead’s tenth season’s third return from an extended hiatus. There is such a thing as losing momentum and in an even worse case for TWD, the series might finally be running low on sweet, sweet suspense unless it can be imported from a returning fan favorite.

Good thing the show can alaways count on Maggie.

The problem of course was the announcement that Daryl and Carol will eventually get their own spin-off series. This puzzling announcement effectively kills any concerns of ‘If Daryl Dies, We Riot’ since we know he and Carol have the special cloak of spin-off protection. There’s no scenario in which we need to have an iota of worry they won’t escape. And in a show like TWD that has killed or written off the other main characters that’s a valuable commodity to throw away. 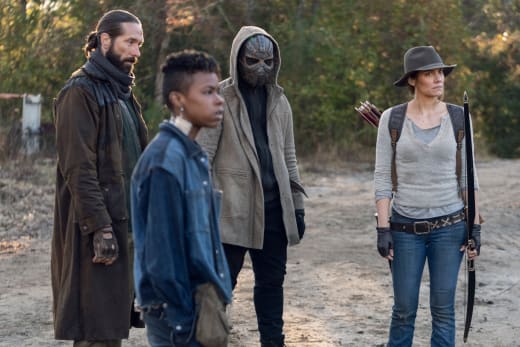 Timing on this episode felt a little weird. Enough has passed from the last episode that Maggie and Judith are making patrols, but apparently not enough for anyone to tell her that Negan is now rolling with the community. This on everyone else for being lousy friends to Maggie. How did no one tell her the dude that bashed her husband’s skull in to make an example is now a begrudgingly valued part of the gang?

Likewise, no one bothered to tell Maggie that Hilltop was burned to the ground either. Maybe the carrier pigeons with that info got lost? Carol helpfully tells Maggie it was her call to unleash Negan to kill Alpha and save the day. I don’t think that will do much to make her feel better.

Maggie’s friends Elijah (Okea Eme-Akwari) and Cole (James Devoti) have arrived from the rendezvous after their village was destroyed. Cole is nice and prickly as he has no use for being polite. Elijah is rocking a Snake-Eyes style mask and doesn’t talk much. If nothing else, Maggie got herself some cool allies that should be fun additions to the cast.

It’s time to go retrieve the rest of Maggie’s crew. Daryl’s guilt wants to tag along as does Kelly, who hopes for some new paths that might help her find Connie. Kelly has been largely underdeveloped and this episode went a long way to fleshing out her character in this new status quo.

Maggie catches Daryl up on her travels with Georgie and their efforts to help various communities. The sad truth is whether three weeks, three months or three years it always ends up sideways. Life in TWD never really works out for anyone. Maggie doesn’t want to share everything that happened with her group.

If I had to guess, I’d bet some of them get killed by walkers. Instead, she talks about vaguely telling Herschel about Glenn’s death. It didn’t take long for Lauren Cohan to remind me how badly Maggie was missed as one of the nuanced and layered characters on the show. And honestly at this rate, I’d rather just have an extended flashback on how Maggie hooked up with this crew anyway. 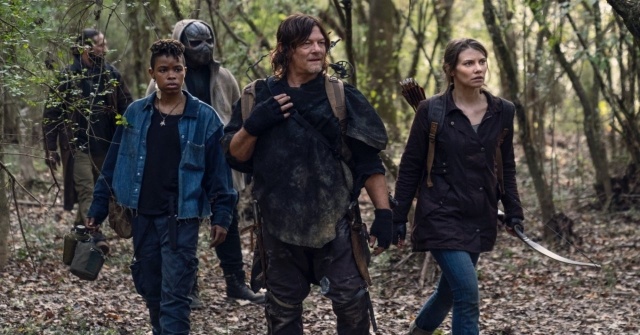 Kelly opts to go the selfish route like too many characters on here to pursue her agenda and abandon her post. It doesn’t mean much though as the rendezvous is destroyed. Cole knows what happens and begins to tell them about The Reapers. Maggie isn’t ready for the exposition yet since there’s no sign of Herschel.

Eventually, they reconnect with three of Maggie’s crew, but they quickly get taken out by a sniper in a ghillie suit. I’m worried this is going to be the fate of most new characters at this point. They’re going to get introduced only to get killed off in a few episodes or even a few moments into the same one they’re introduced. And they won’t matter since we haven’t had time to care about them.

Maggie and Daryl tag team to take out the sniper, but he takes himself out with a grenade rather than share any info.  Guess there’s a shortage of cyanide. At the very least, the Reapers seem like a hardcore group of adversaries who would rather kill themselves than reveal anything. Topping The Whisperers is going to be a tall order, but at least they seem formidable although they’re going to need a credible agenda beyond we’re killing people cause it feels good.

Despite the tragedy, there’s still some good news as Herschel managed to escape and stay safe hiding in a tall tree. That was a nice nod to Glenn, who’s first appearance was also from a high ground perspective. With his hat, young Herschel looks like a kid cosplaying as Glen. 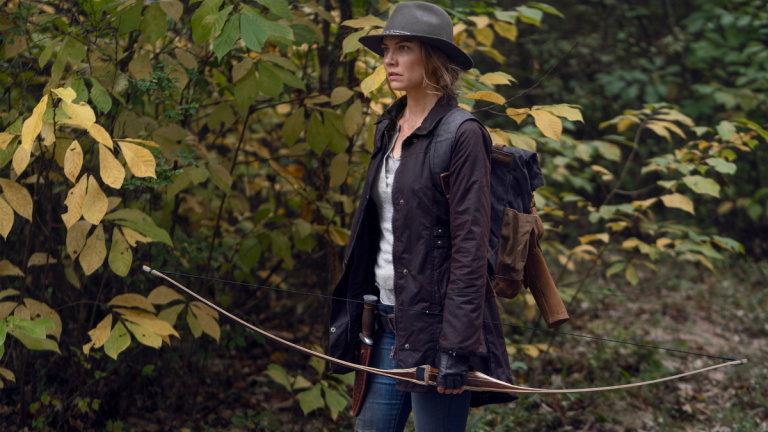 Maggie decides she can deal with her feelings on Negan — that’s a big ask and a huge emotional sacrifice — and brings Elijah, Cole and the few remaining survivors back to Alexandria, which also had some severe damage from The Whisperers’ attack. At least foreman Negan is on the case…well, this just got awkward.

Home Sweet Home showed some cracks in The Walking Dead’s future, but as long as Maggie remains a pivotal character, the back end of Season 10 should play out just fine.

Catch up on Season 10 of The Walking Dead now on Amazon.