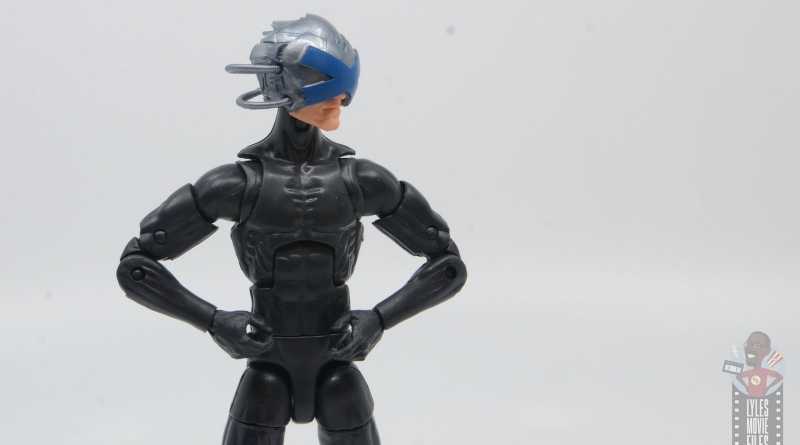 House of X ushered in a bold new direction for the X-Men. Arguably the biggest change was the more confident and aggressive stance taken by Charles Xavier. House of X has proven to be such a seismic change for the X-Men that it was just a matter of time before we got Marvel Legends reflecting this new era.

I’m kicking off this week of House of X reviews with the man who started it all off, Charles Xavier. Let’s see if this is the next step in mutant-figure-kind.

Packaging:  I always appreciate when Hasbro mixes up the Marvel Legends packaging. In this case, the Krakoan language replaces the normal text for Charles Xavier on the front. 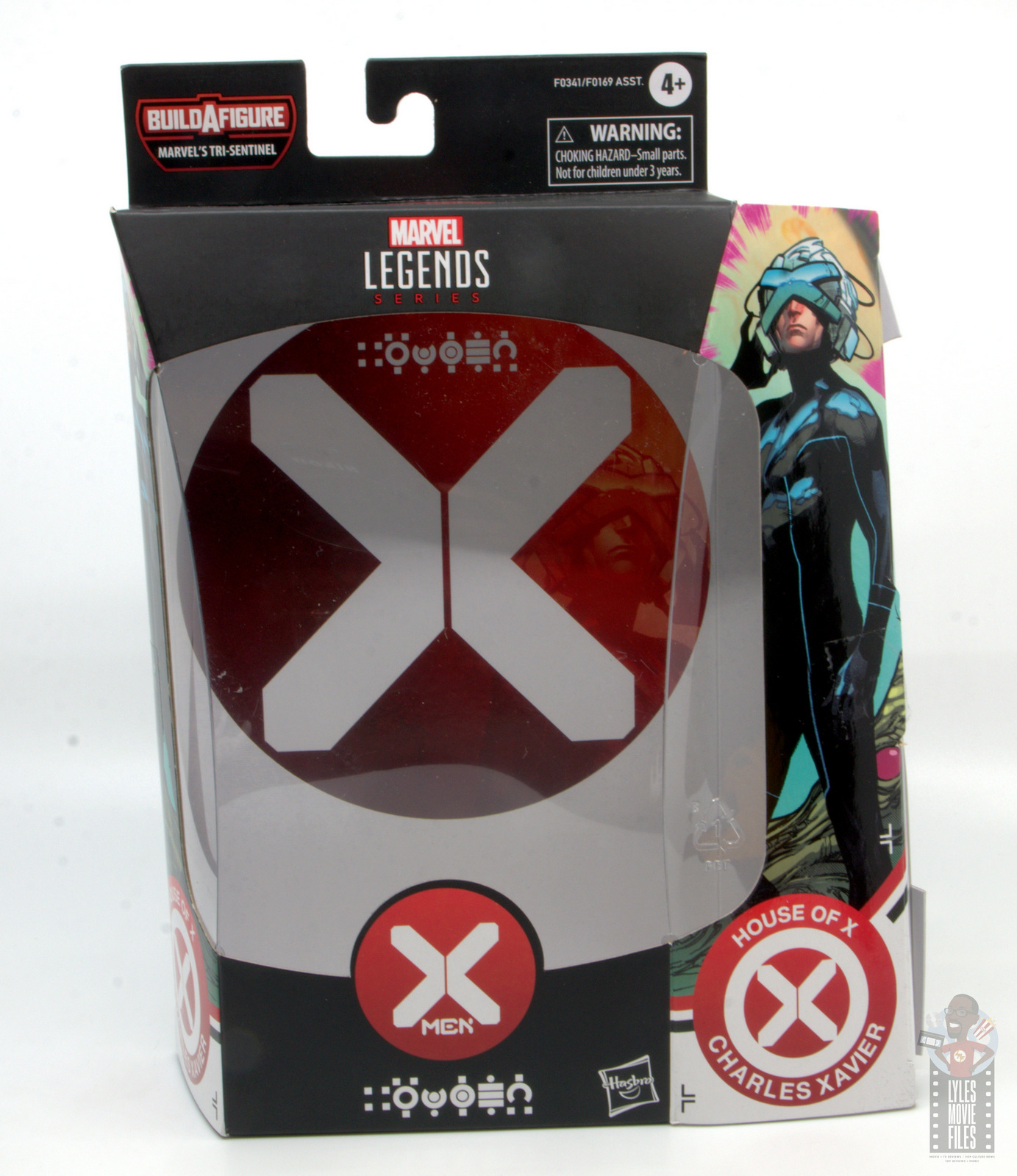 Wisely, Hasbro didn’t go too crazy with this alternate text and have his name on the side along with the usual bio. The presentation on the rear looks very cool utilizing the comic style circles with broken lines and more Krakoan text.

As usual, the bio isn’t very long, but it explains to enough detail Xavier’s current agenda. 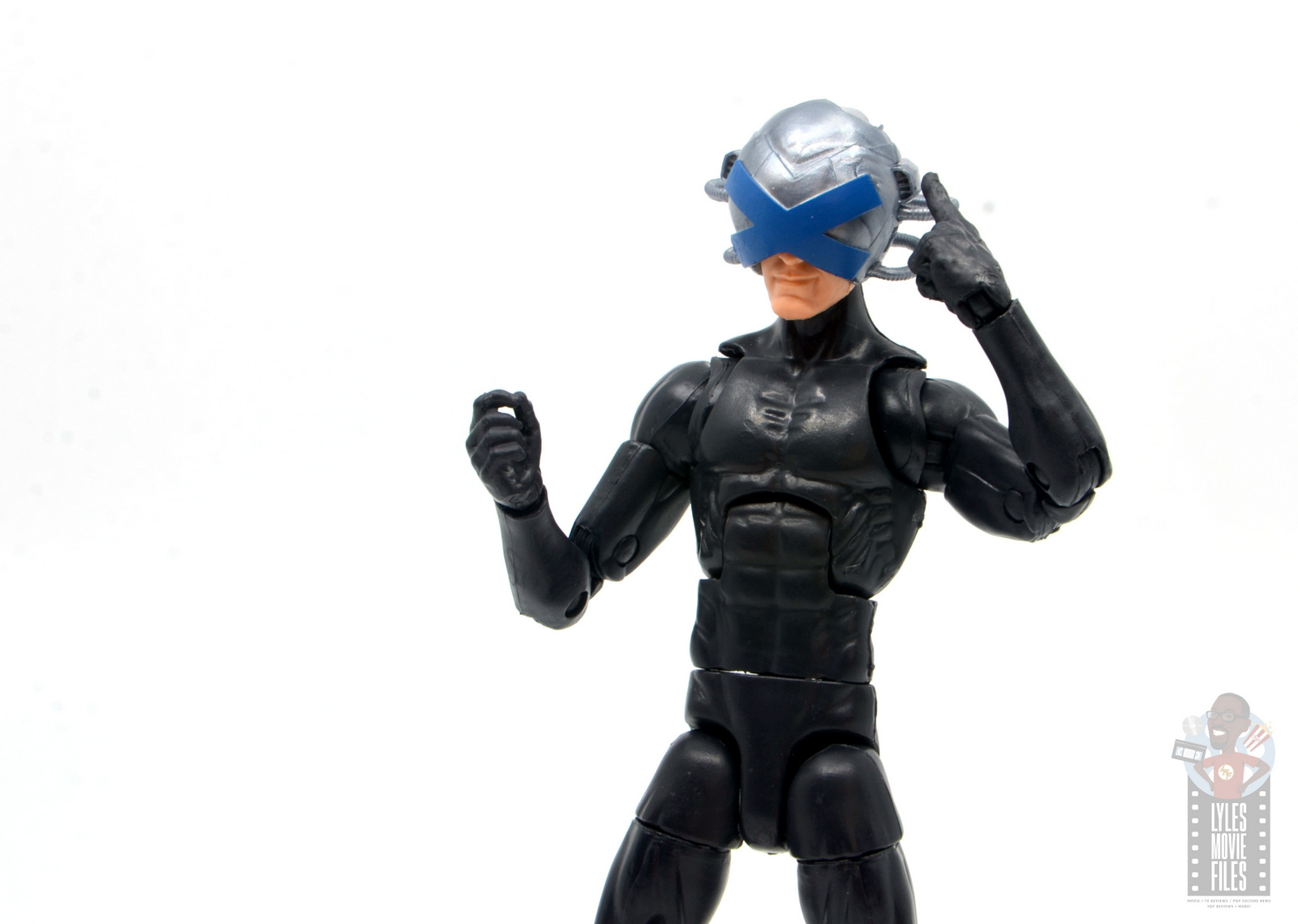 Likeness:  This is both a very fitting and basic outfit for Xavier. The standout element is the Cerebro helmet. I love the detail on the helmet from the various panels and the sculpted X. 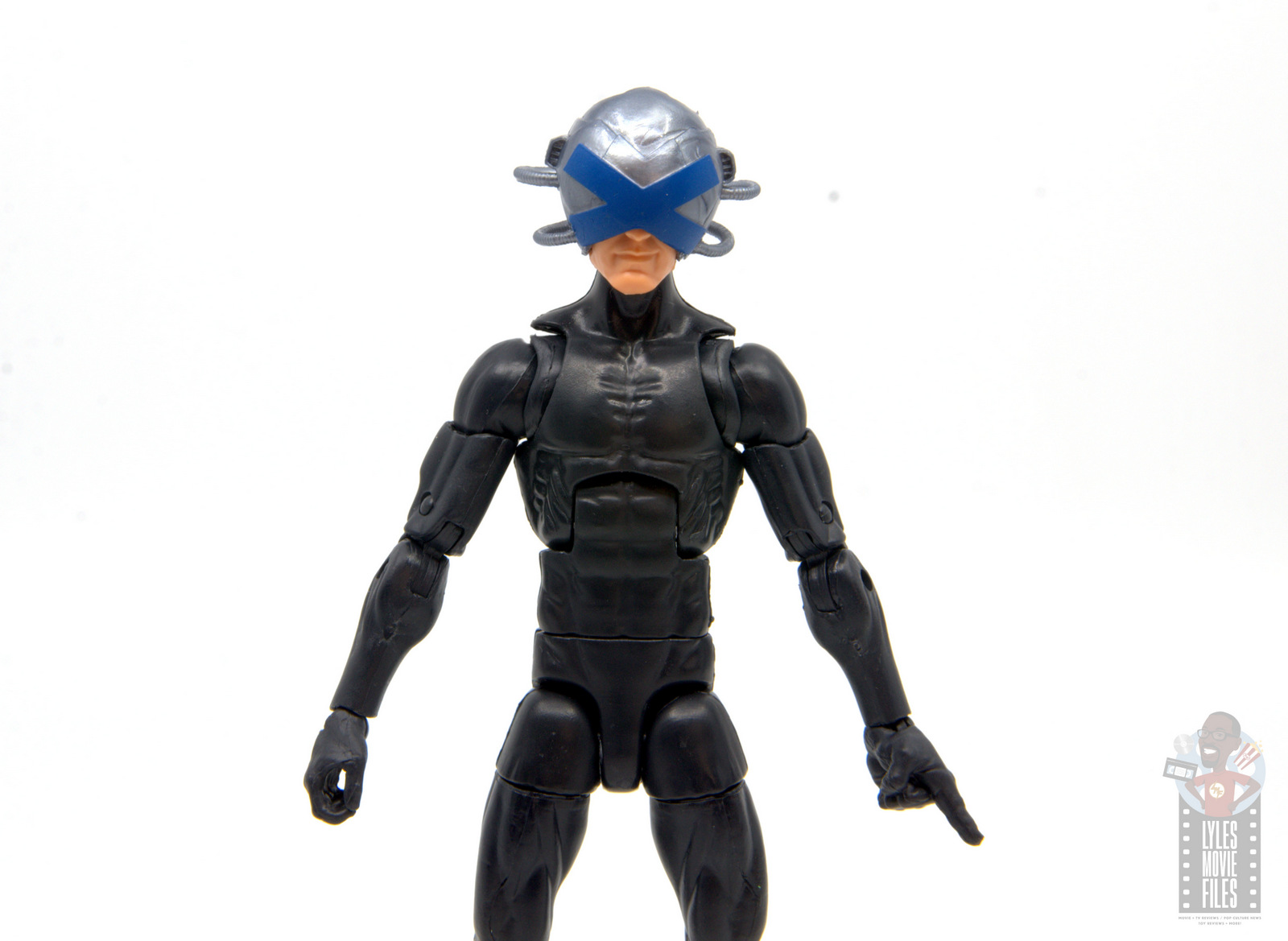 Another nice element to the head sculpt is the slight smirk showing that Xavier is no longer afraid of being the face of mutantkind. 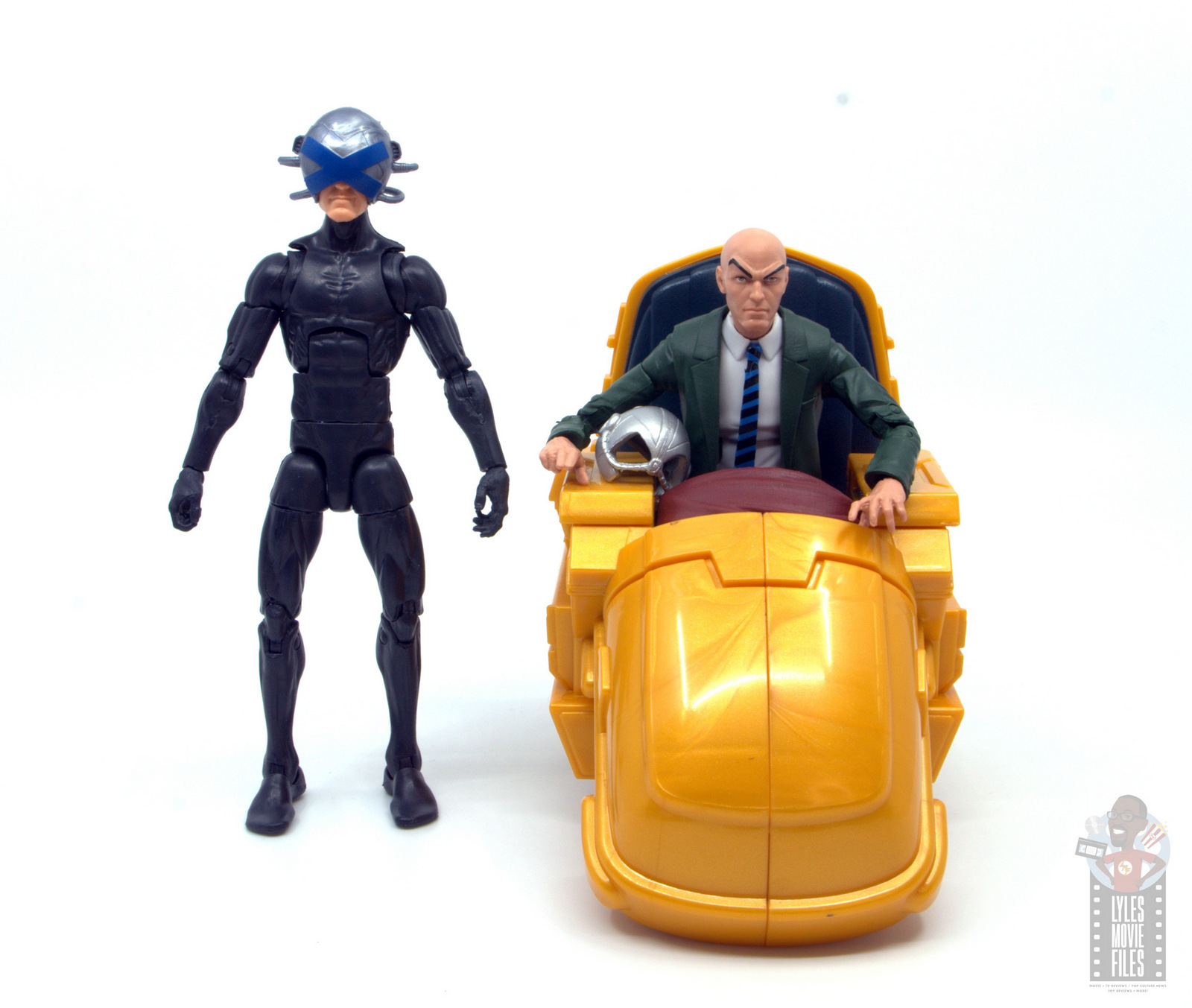 My encyclopedic knowledge of Marvel Legends base bodies is lacking, but I think this is using one of the modern Spider-Man figures as evident by the slightly larger feet. Xavier isn’t a big dude so this frame fits him just fine.

Paint:  There’s lining on this outfit that didn’t make the final cut. Granted, the lining is subtle and also in black so Hasbro can get a pass for it to some extent, but this outfit is already simple enough to ignore the few elements that make it more than a basic black bodysuit.

The helmet has a nice metallic sheen base color though I wouldn’t have minded some sort of reflective coat on the X so it’s not just a flat blue. 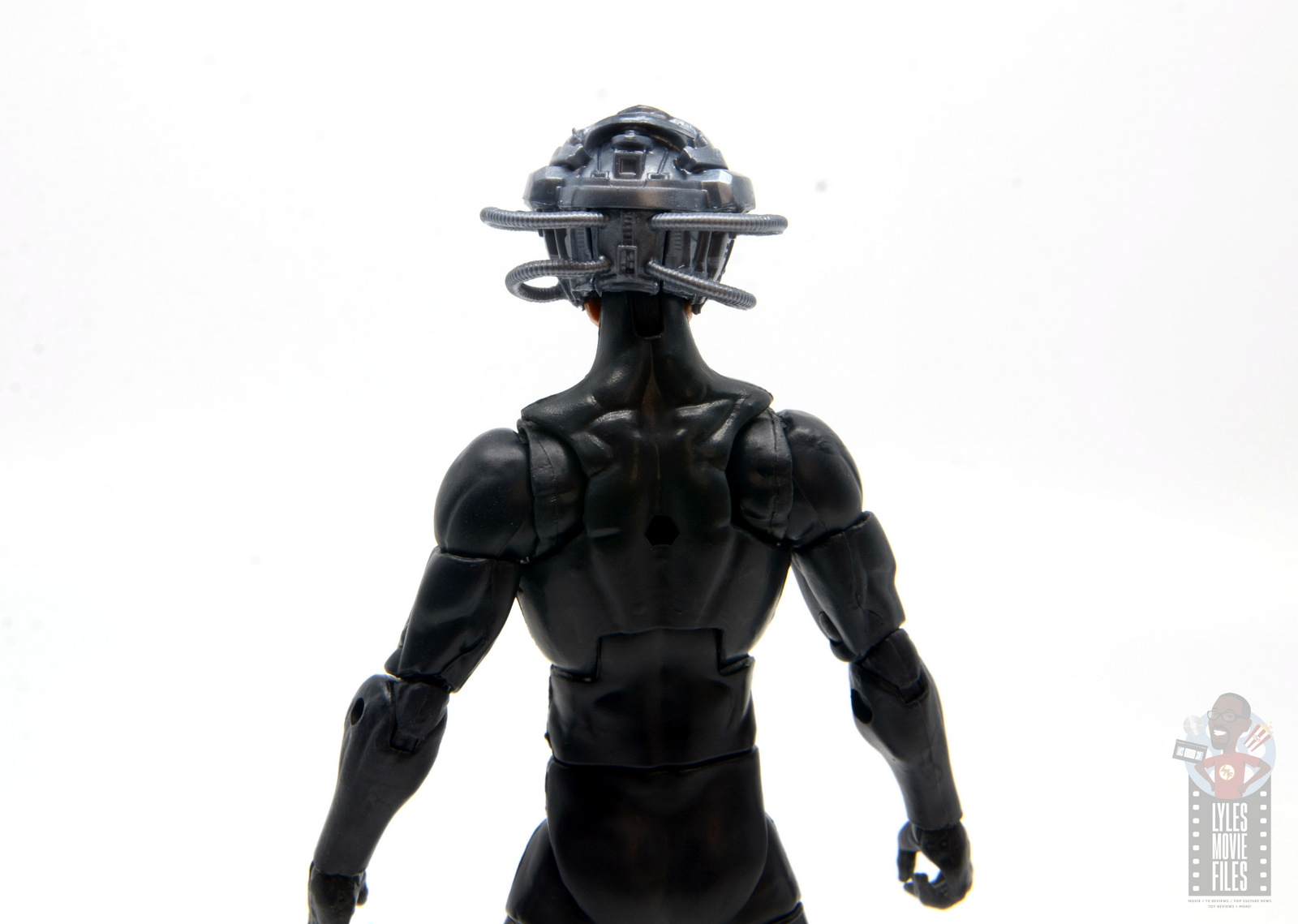 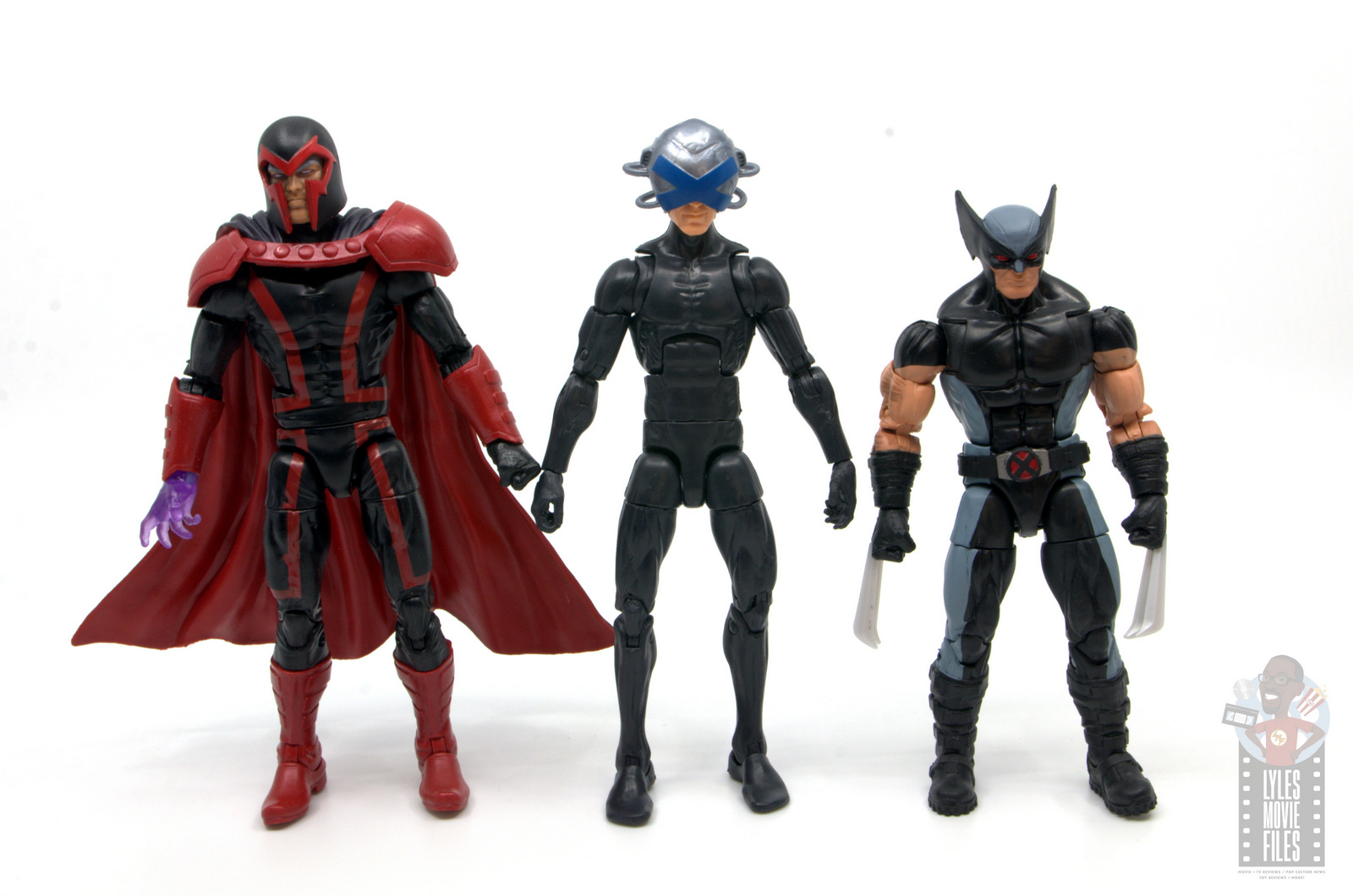 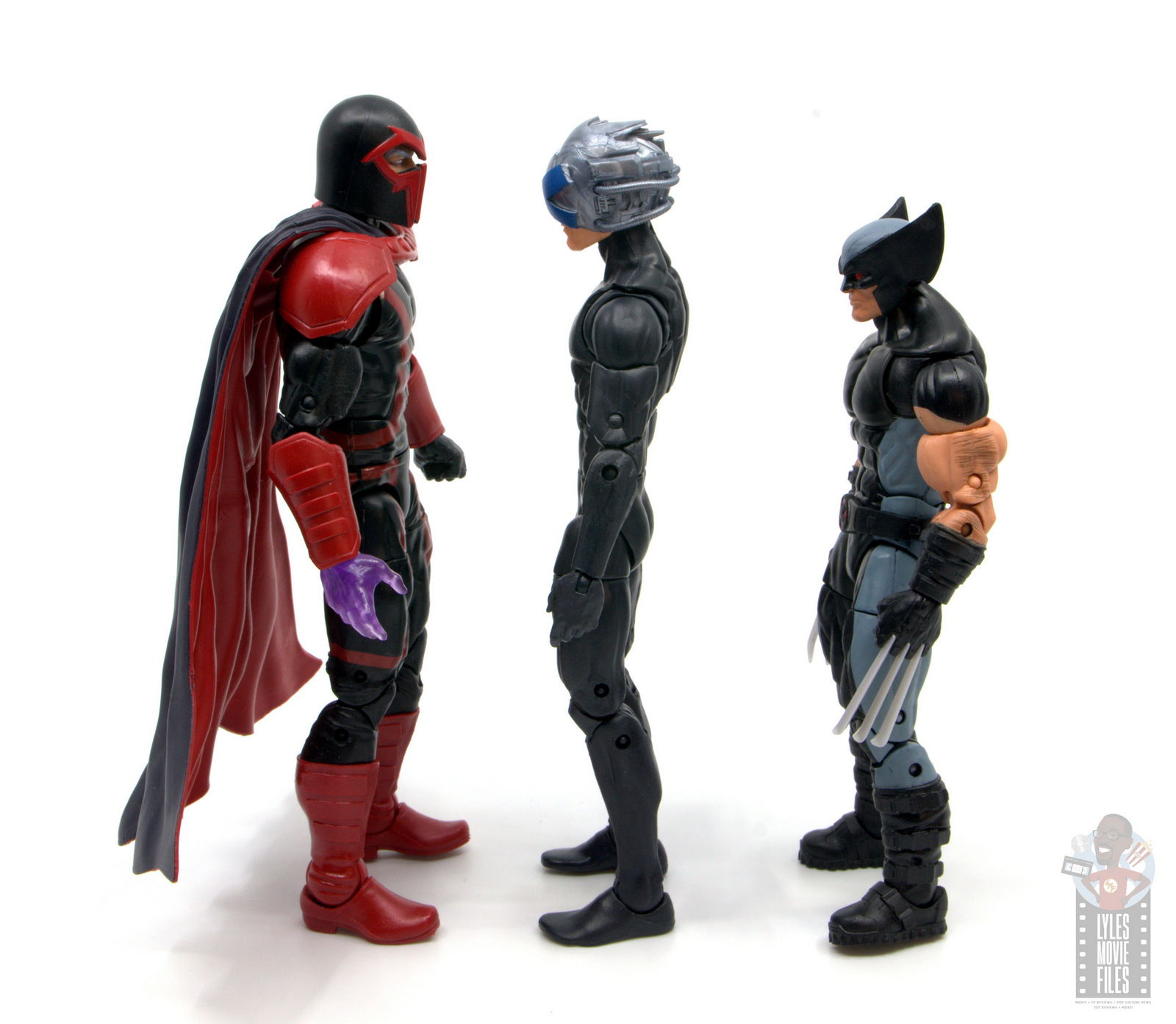 Articulation:  Even though he’s more mobile, Xavier isn’t the go in the middle of a fight type so he doesn’t need as much articulation as the average character.

Still, there’s no sense in shortchanging him and Xavier can move just as fluidly as the typical Spider-Man character. That’s somewhat ironic, but at least the thinking and mental focusing photos can be really dynamic. 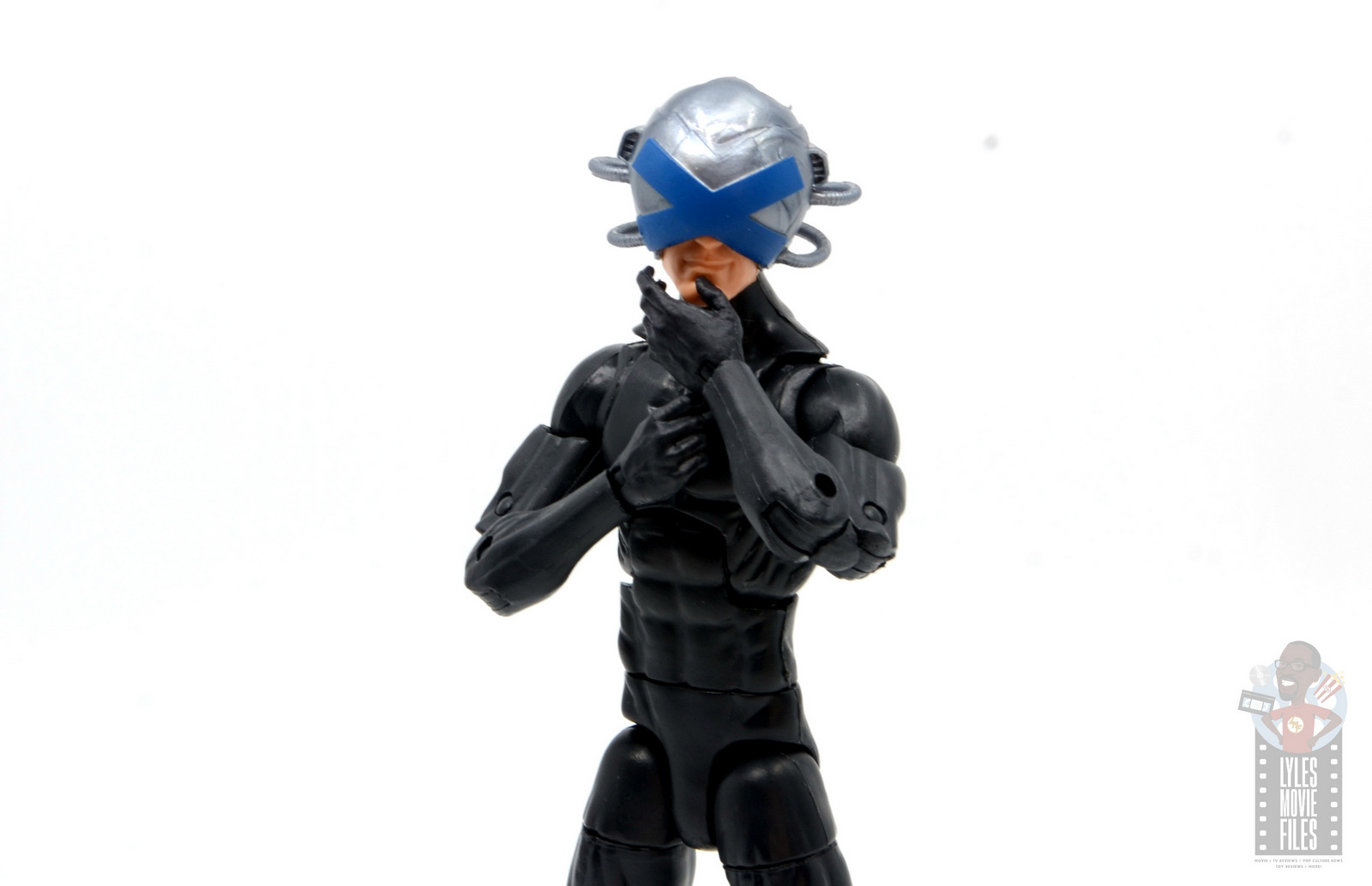 Accessories:  Charles gets some good accessories. 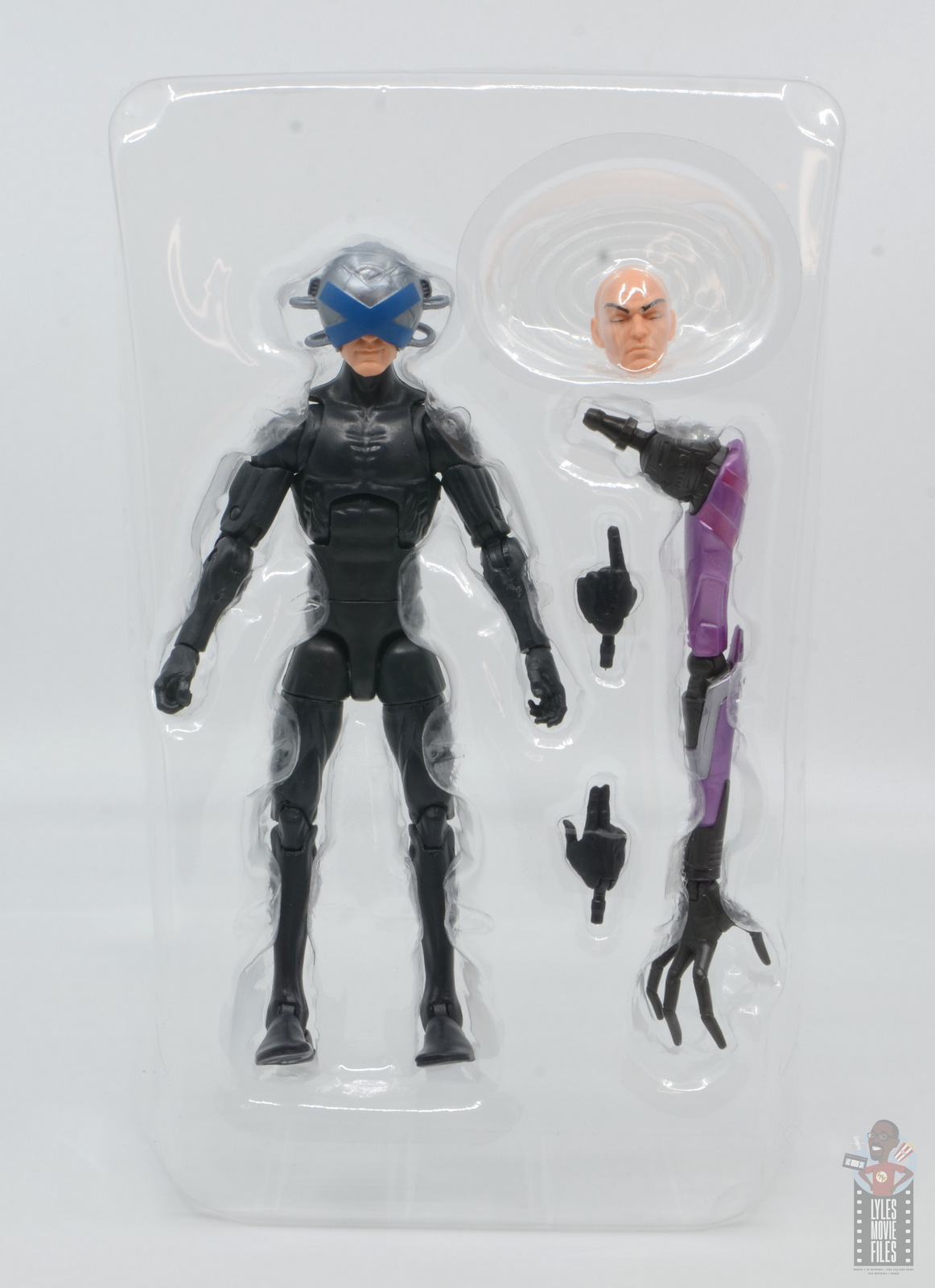 The best is an un-helmeted head with closed eyes and a mental effect. This is a lot better than the one in the deluxe set and is executed more like how it appeared in the comics. 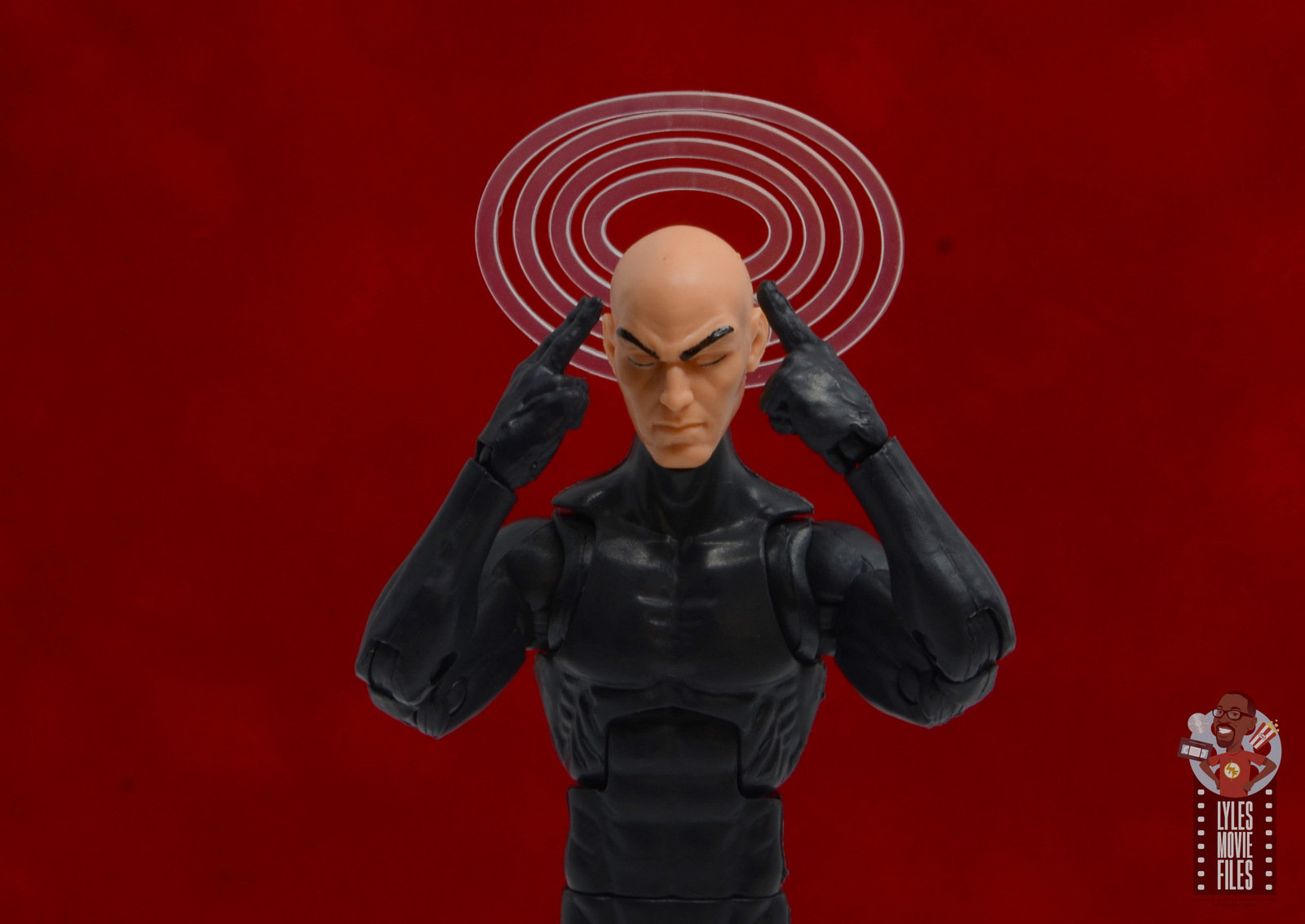 I doubt I’ll actually pose Xavier without the helmet beyond this review, but this is a nice alternate option for the deluxe set Professor X. 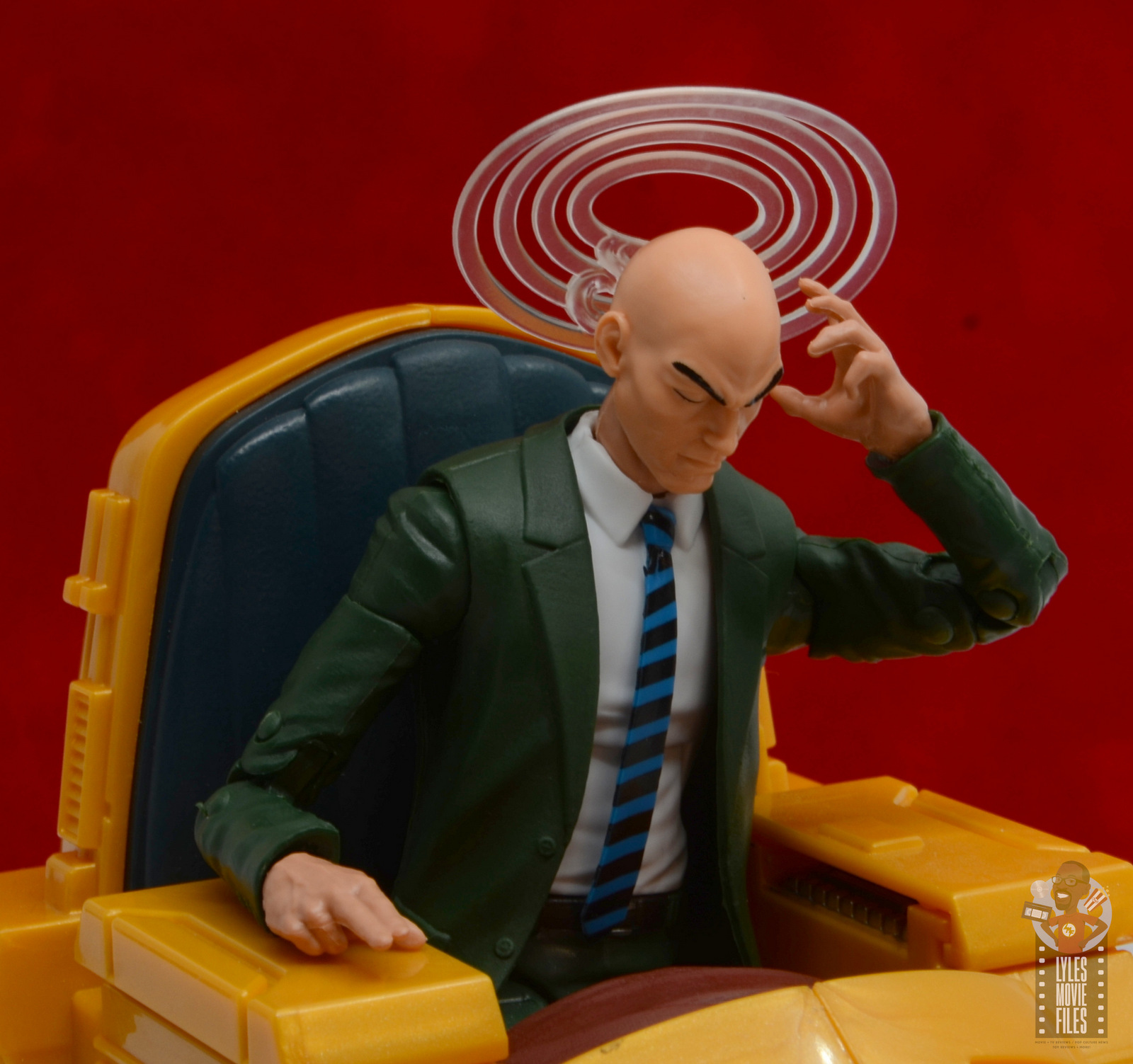 Additionally, he’s got two pointing hands so Xavier can touch his temples in thoughtful/focusing poses. 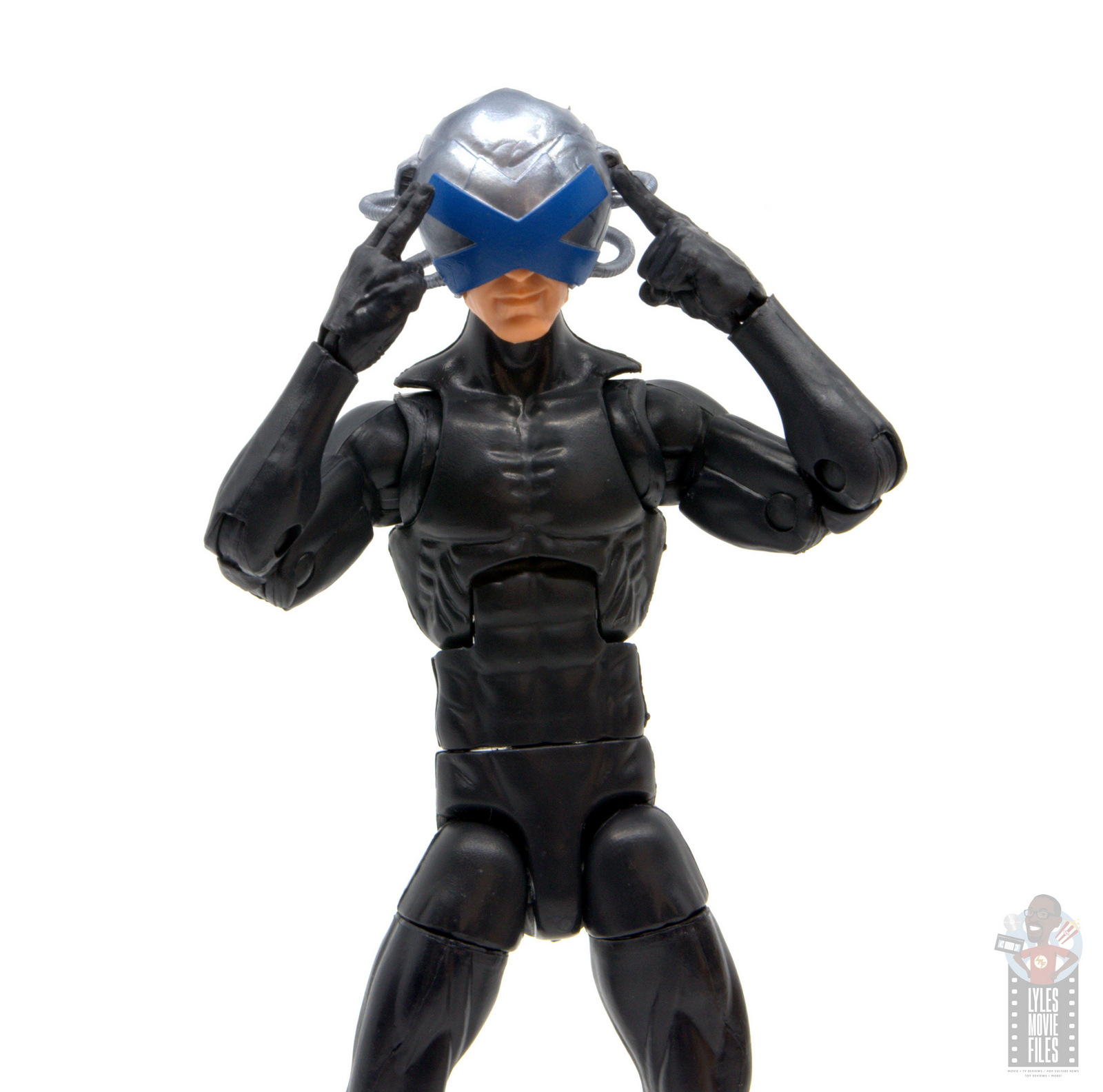 Finally, he’s got the right arm of the Build-A-Figure Tri-Sentinel from the presumed future of the X-Men.

Worth it?  Target had a buy 2, get 1 free sale on figures including pre-orders so I got the entire wave with that awesome deal. Getting each figure for $13.33 worked out to Black Friday prices so it’s hard to complain .

Charles Xavier might lack some paint details, but otherwise this is a fantastic representation of the leader of the mutants in this new era. 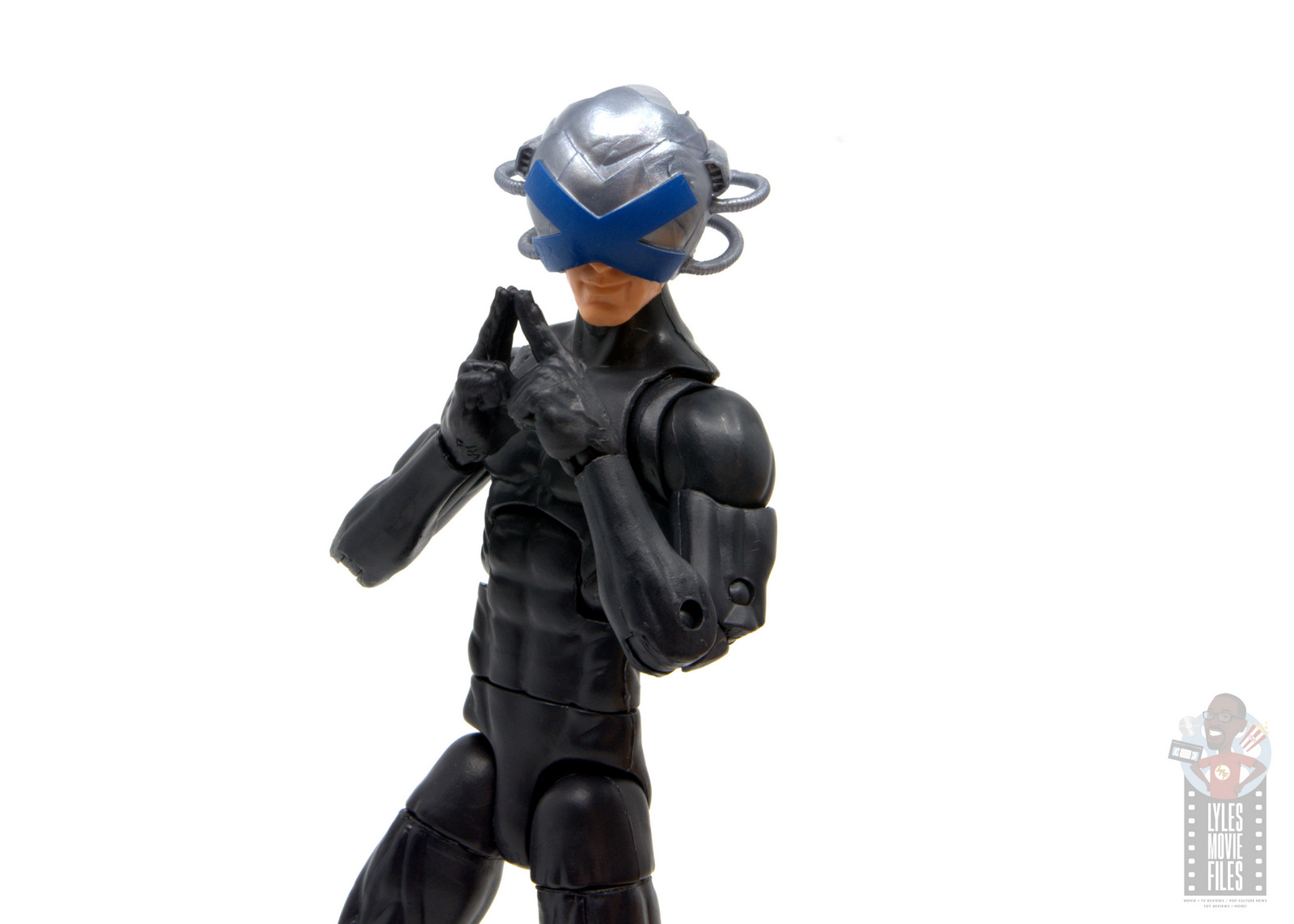 Where to get it?  You can grab Charles Xavier from Amazon, Entertainment Earth and Hasbro Pulse.