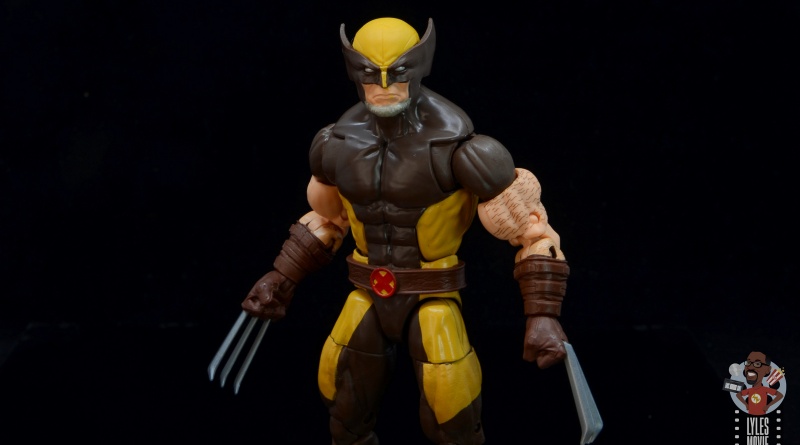 The best redesigns are the simplistic ones. Maybe the smartest visual aspect of the House of X Wolverine is the new costume isn’t drastically different from one of his best attires.

I do think it’s hilarious that Logan has apparently stopped using Just For Men after all these decades and is finally starting to let the gray show. It’s a process, Wolvie.

Hasbro figured if we only get one wave of this new direction collectors needed to be able to reenact the cover of the first issue and it never hurts to add a Logan in a wave so we get House of X Wolverine to wrap the X-Men contingent. Let’s see if this figure is a cut above the others or if I’m heading for a berserker rage.

Packaging:  The Krakoan language and white accents makes for a striking packaging. Assuming we’ll actually see these on shelves they will definitely stand out. 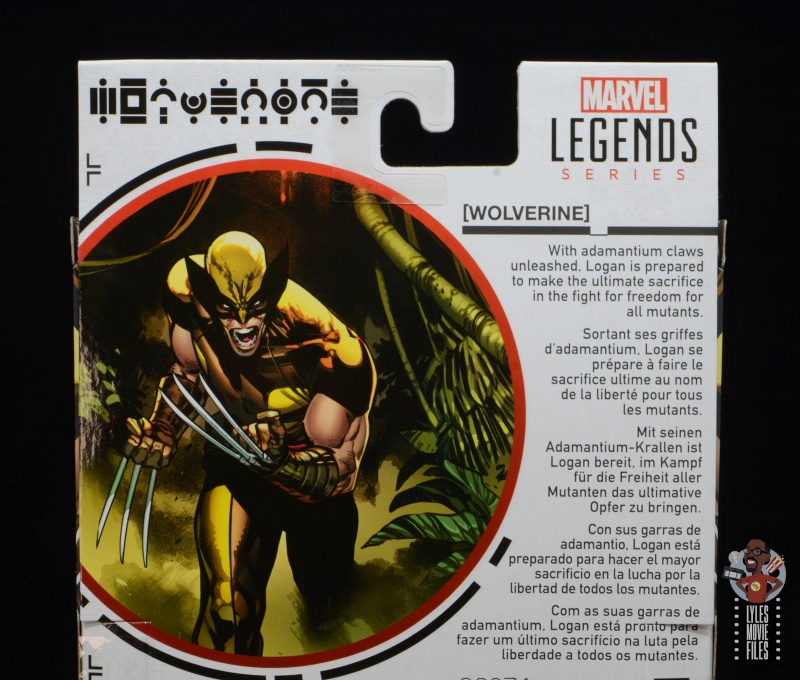 I like the artwork from Pepe Larraz and Marte Gracia on these as it showcases the character well. The bio does a nice job establishing House of X Wolverine’s status at this point in the saga. 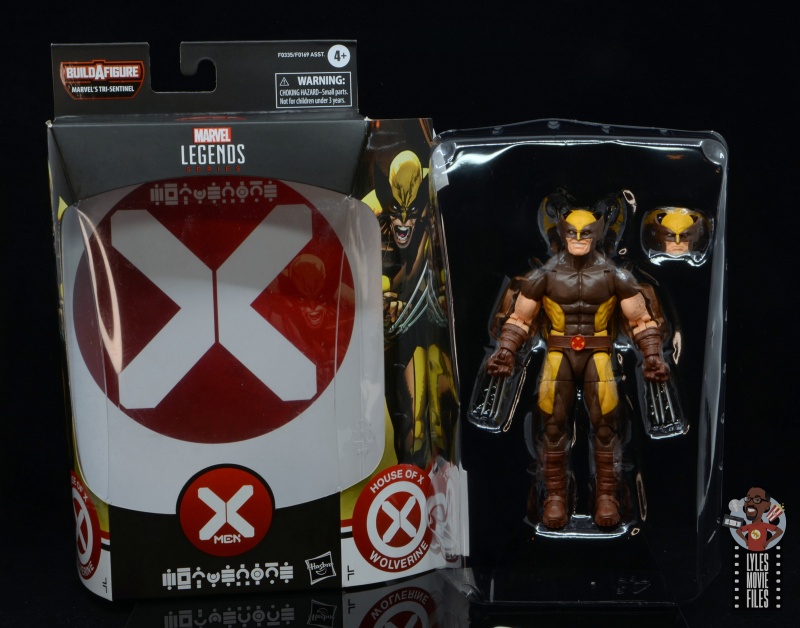 Likeness: Most of the figure is a reuse of the X-Force Wolverine. That was a terrific figure so I’m perfectly fine with Hasbro revisiting it. 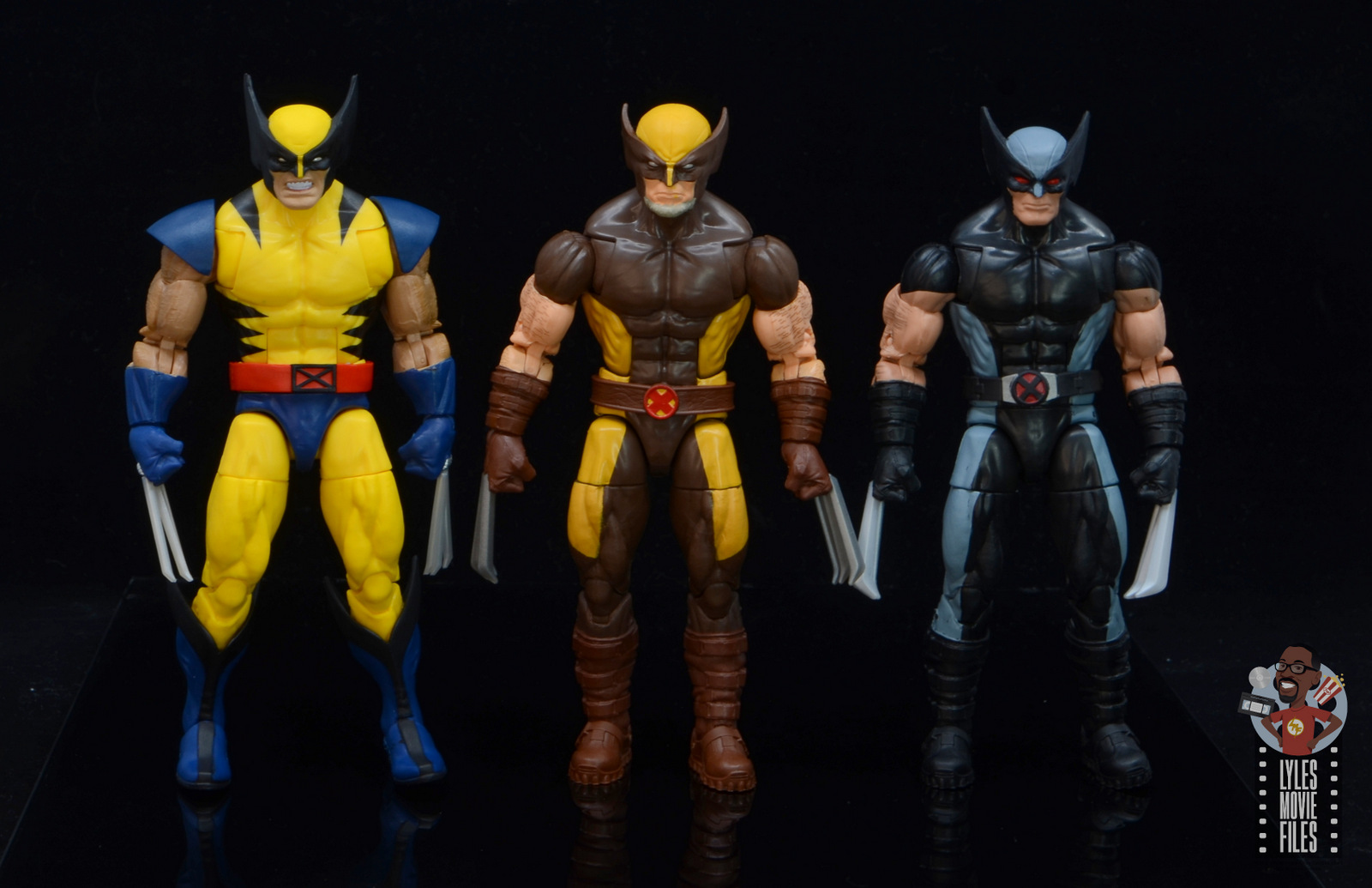 The default head has a smile that’s a little too cheery and happy for Wolverine. A sly smile would have worked, but this one skews so out of character for Wolverine that I doubt I’ll use it. 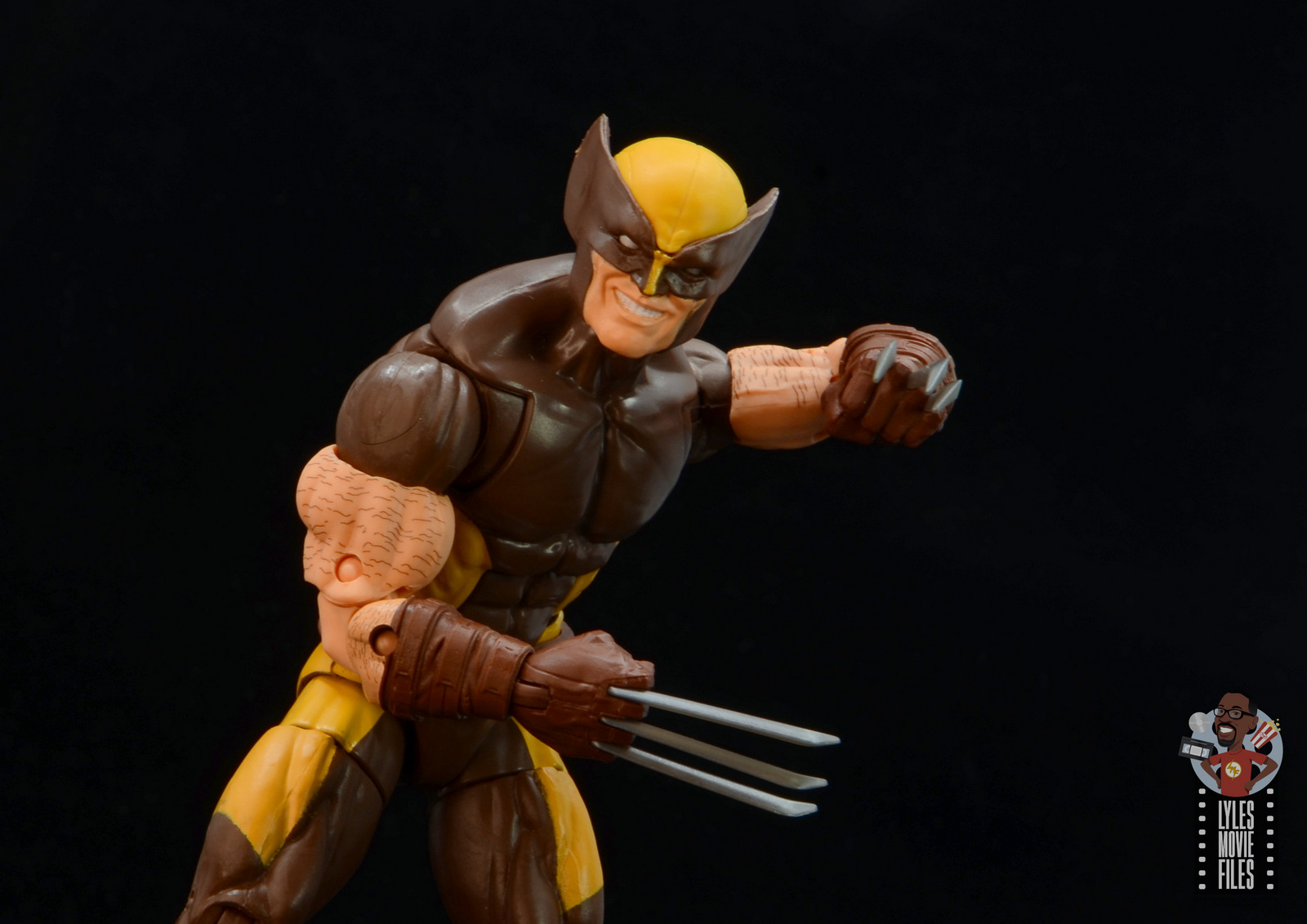 I like the thicker gauntlets and boots as well as the sturdier and wider claws. The only other new piece, aside from the head, is the belt which has some nice texturing elements. 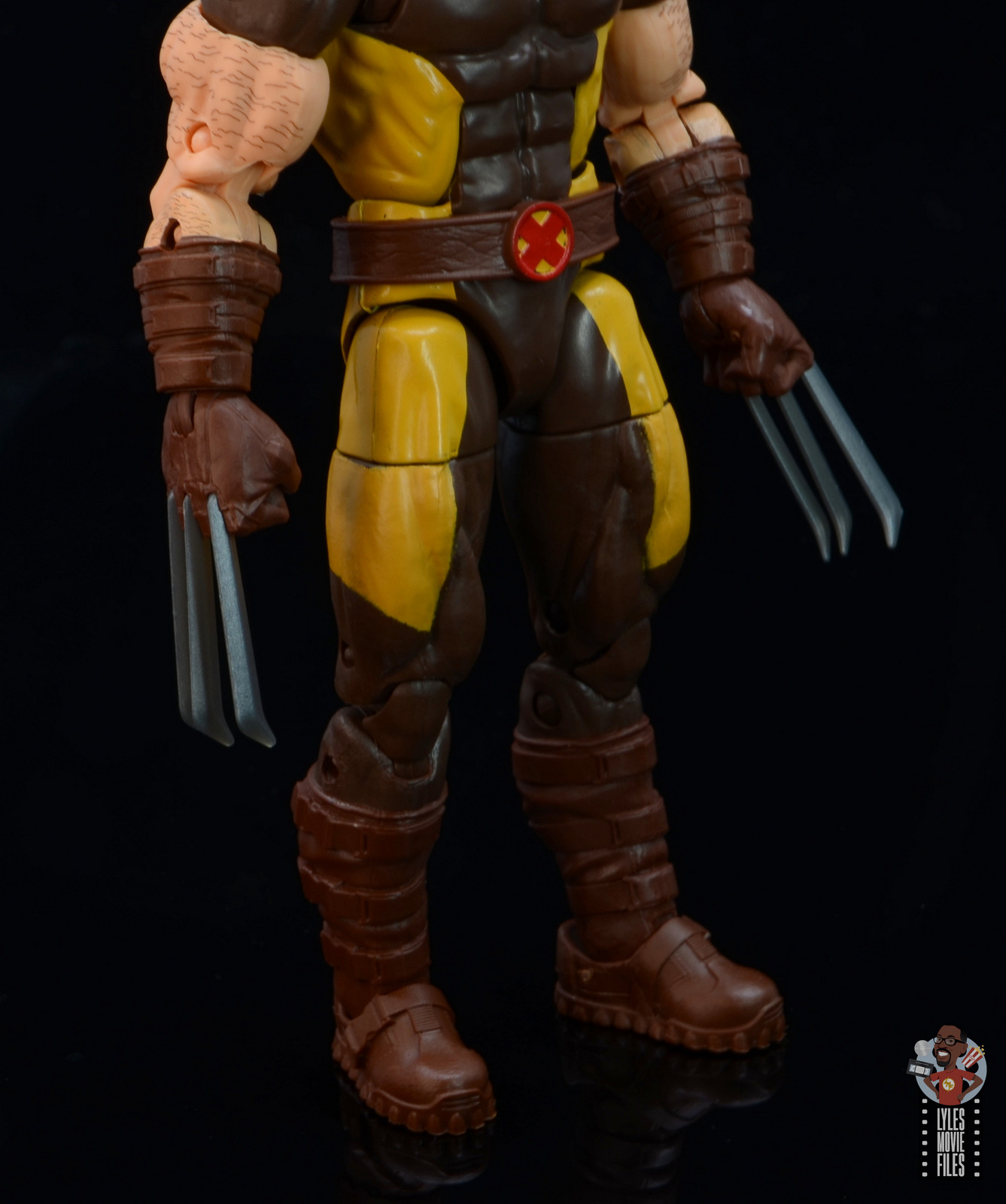 Paint: While I’m partial to the blue and yellow tiger stripe colors, the orange and brown is Wolverine’s other best costume color for a reason — it works.

Hasbro went with the right shade for the orange and brown sections and the paint applications were nice and clean. His beard could stand a little shading so it’s not a perfect grey.

Scale:  Wolverine is a shorter X-Man although that seems to change these days depending on the artist. So long as he’s shorter than Cyclops then I’m happy. 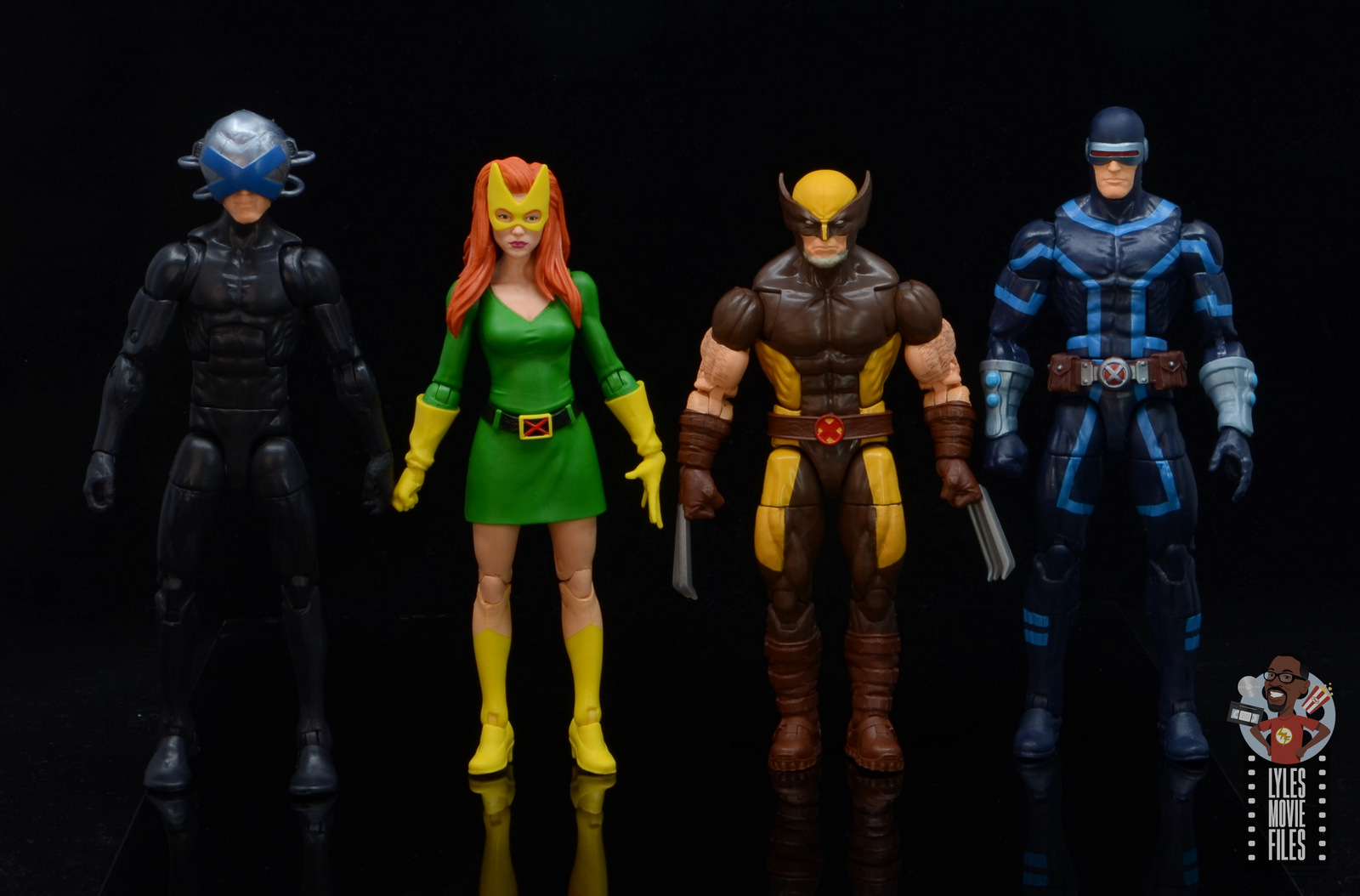 Articulation:  Hasbro has the ideal articulation model for Wolverine so he’s got the butterfly joints that make for excellent claw charging and slashing poses. 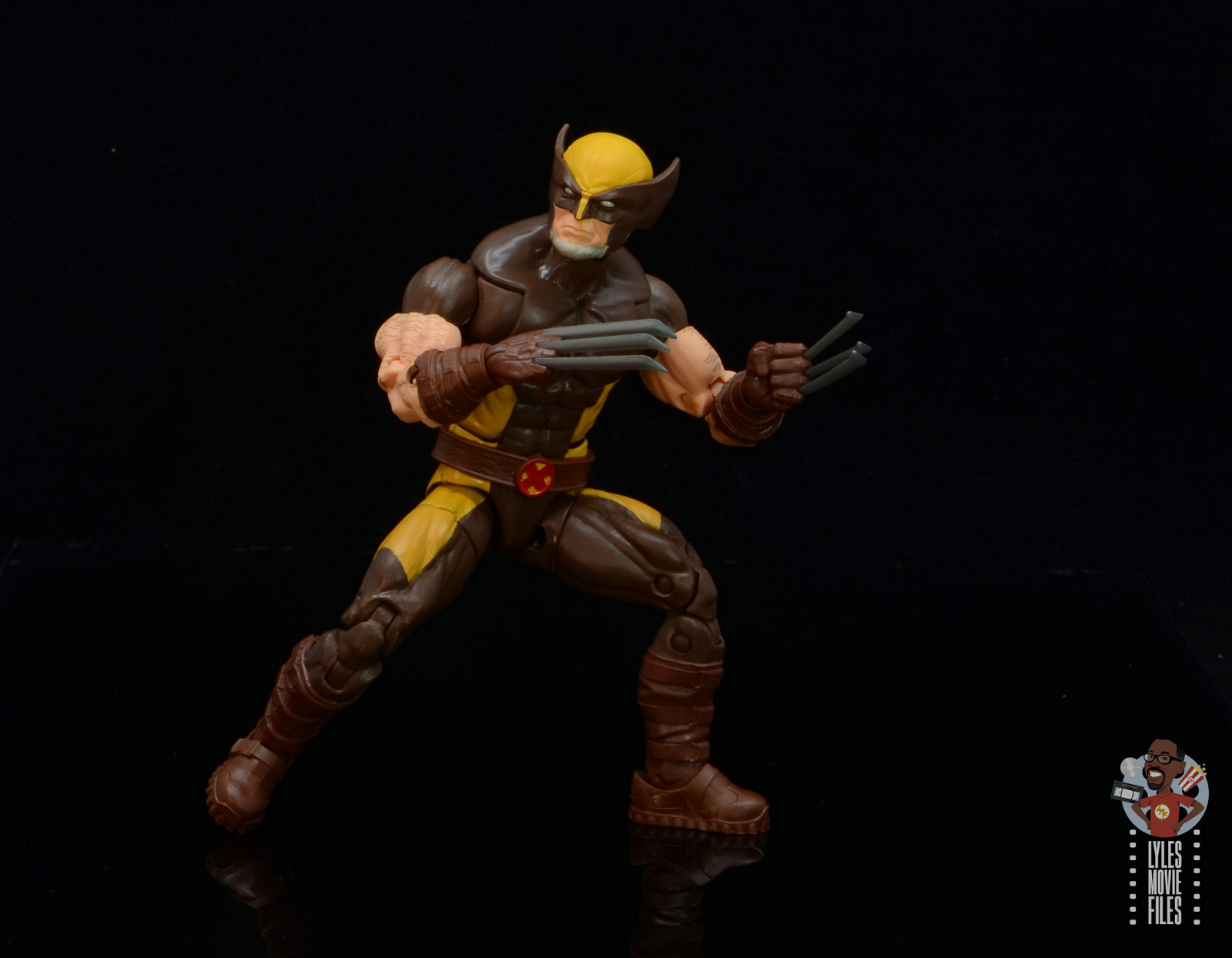 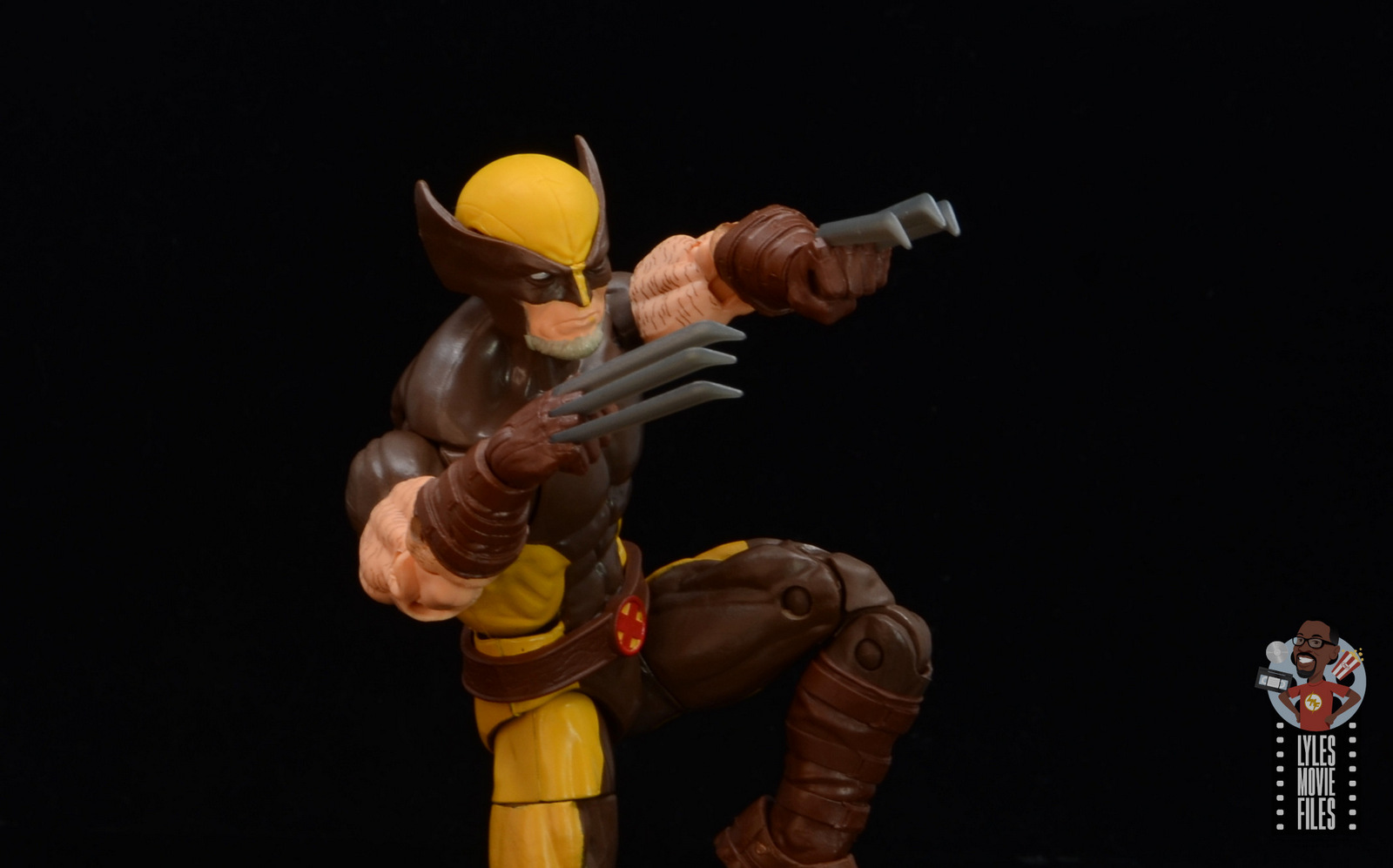 House of X Wolverine has: 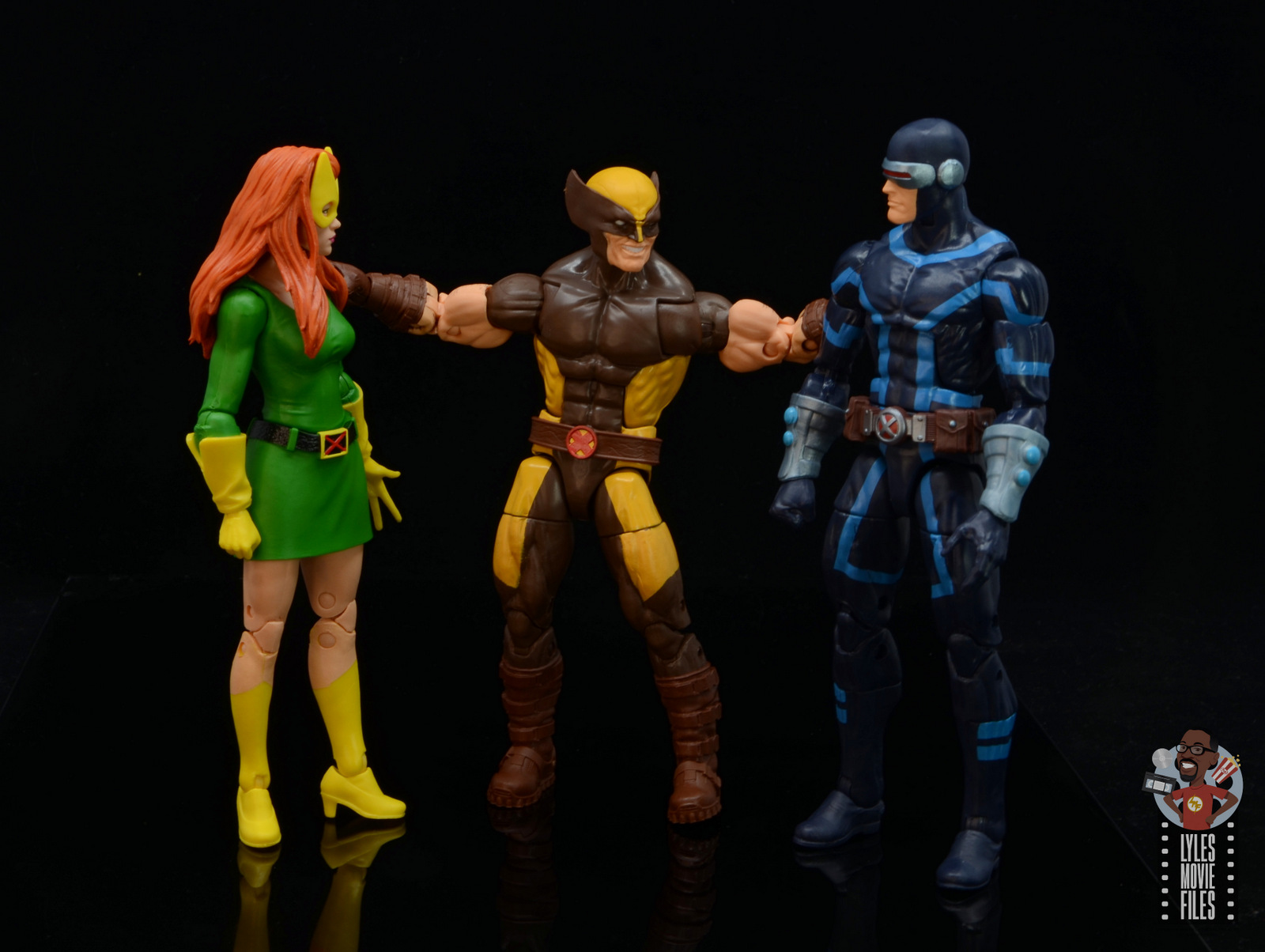 Accessories:  Wolverine doesn’t have an alternate set of hands without the claws and his only extra is the alternate head. 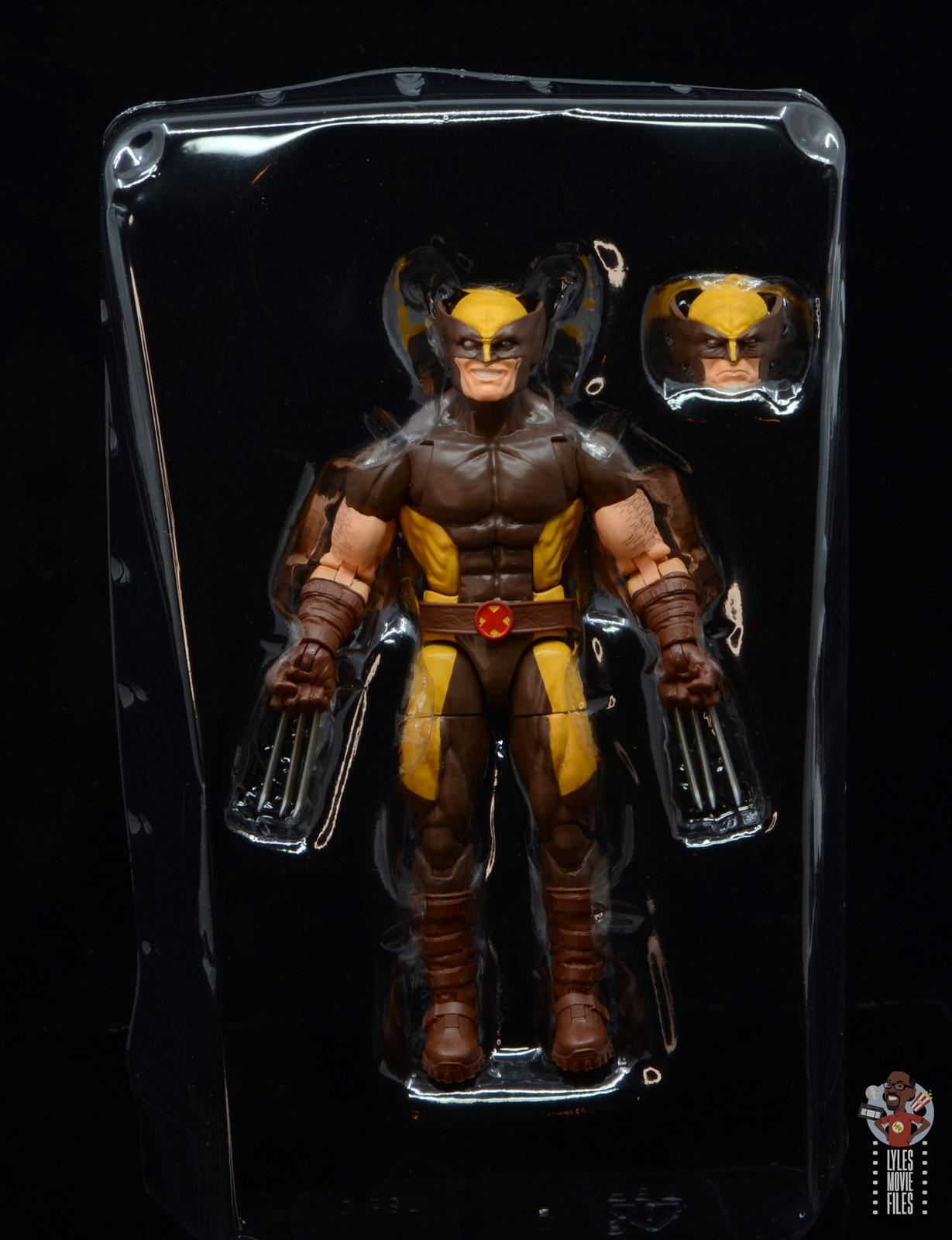 Wolverine does not come with a piece of the Build-A-Figure Tri-Sentinel so you’re not on the hook to get him if you’d prefer to skip him. 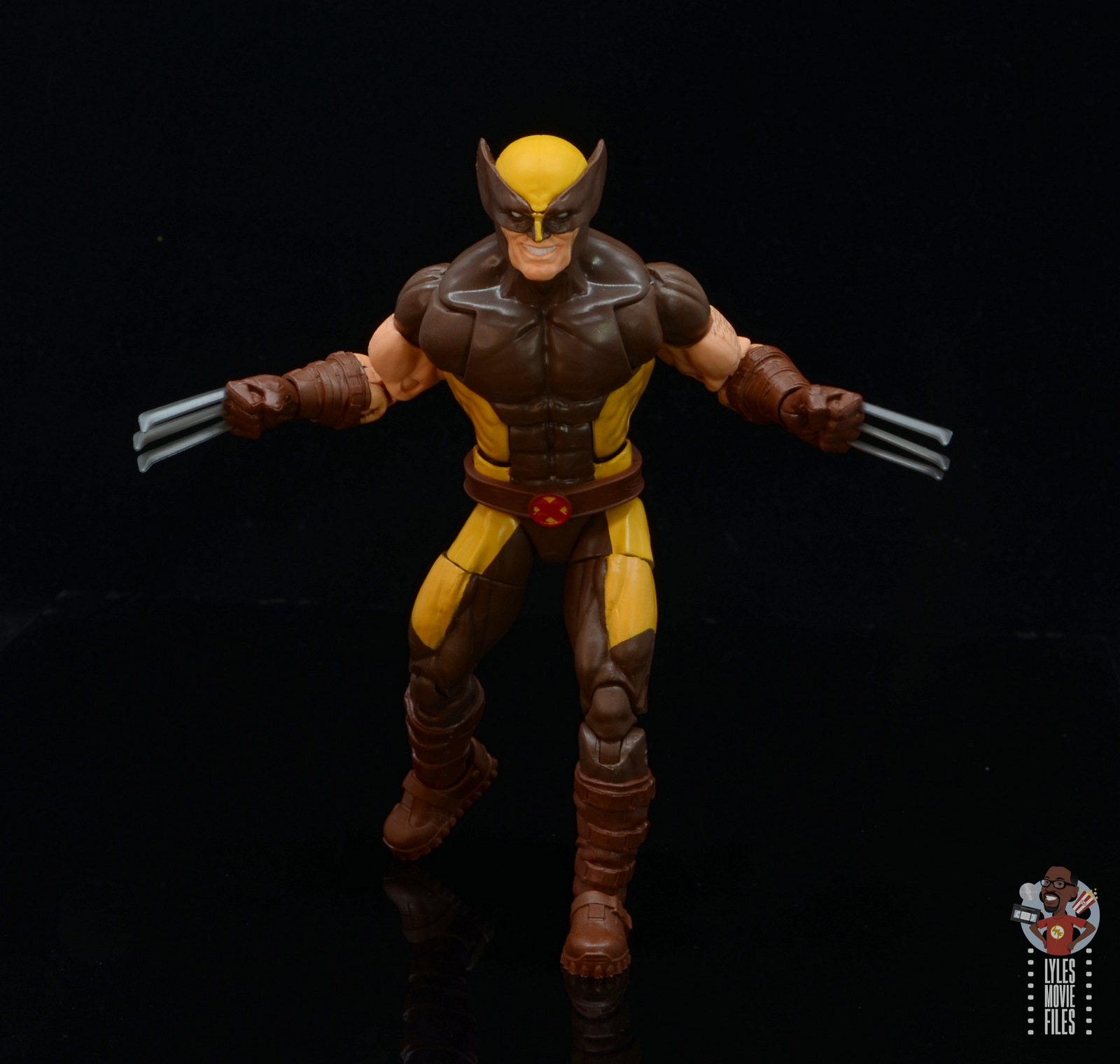 Worth it?  I’m glad I got House of X Wolverine as part of the Buy Two Get One Free deal at Target. Getting the figures in this wave for a discount price was a great deal especially for a figure with limited accessories and no BAF piece. 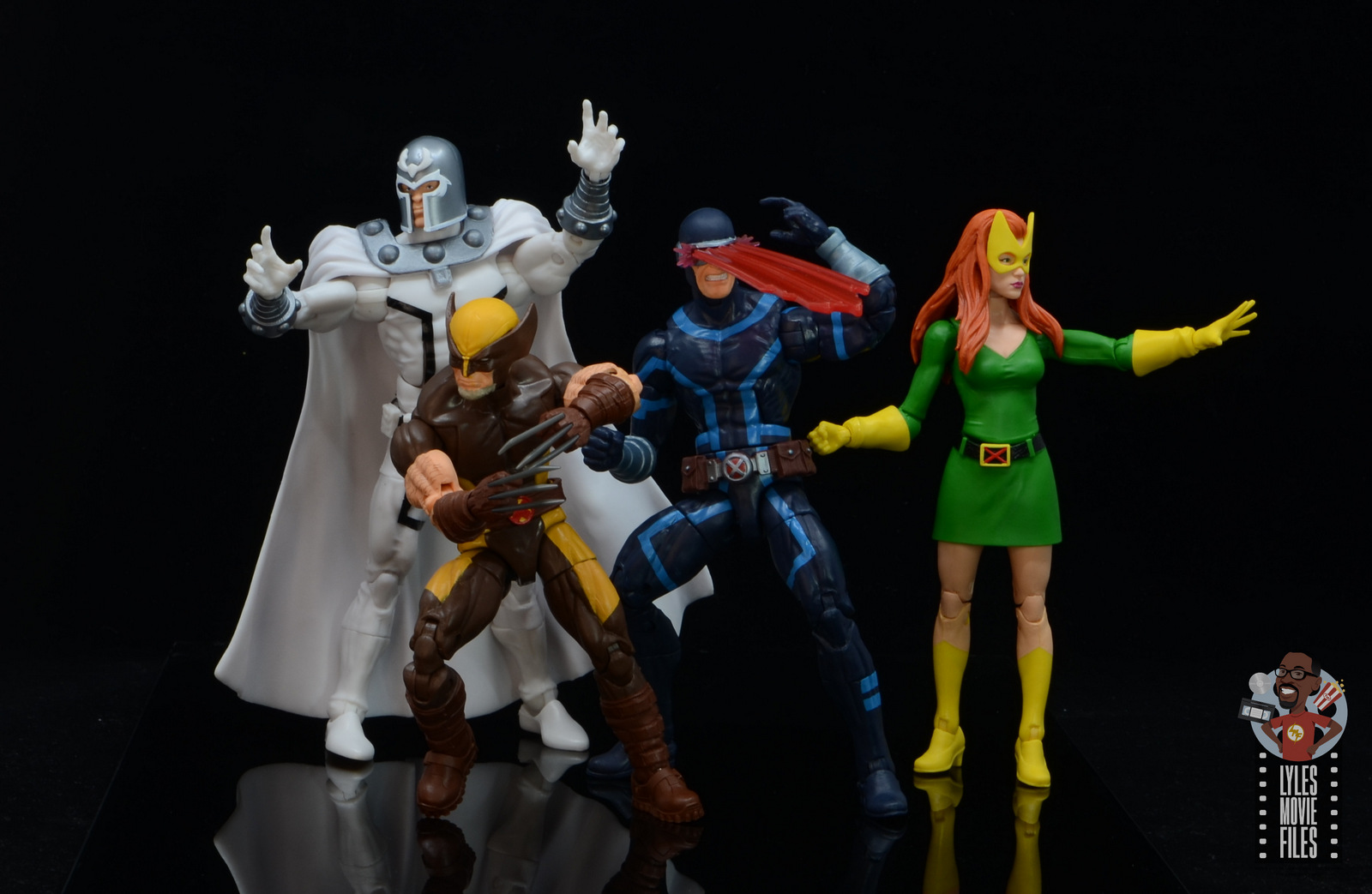 Where to get it?  You can find the Tri-Sentinel wave at Target and eventually Wal-Mart and GameStop. Amazon.com also has Wolverine in stock. Entertainment Earth has him up for pre-order coming this month.

**As an Amazon Associate I earn from qualifying purchases.