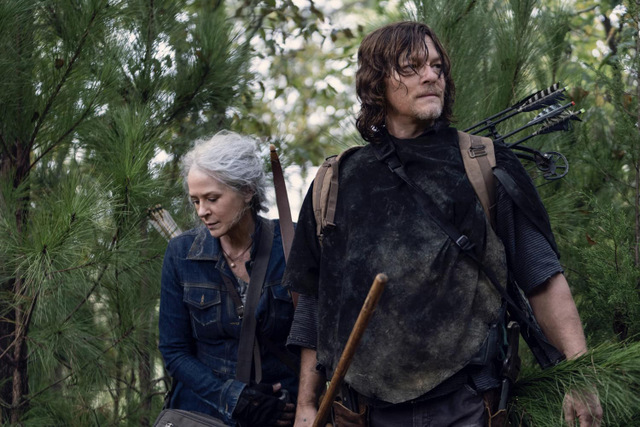 Find Me was basically the back door Pilot for the further adventures of Carol and Daryl.

Of all the options for the series, this was the shakiest since there’s negative suspense with anything involving the two bulletproof characters. Even the tease of their friendship splintering lacks any real impact since we know they’ve got to get on the same page for the sake of their spin-off.

Maybe that’s harsh since the episode wasn’t bad, but it’s tough to create meaningful moments on a show like this where the threat of death or some major harm is at least possible.

Daryl wanted to go hunting and Carol decided to join him. I know seemingly every Walking Dead fan desperately wants to ship these two, but their friendship is so much more interesting than a wack relationship. Besides, as we learn through flashbacks, Daryl’s saving all his love for someone else. 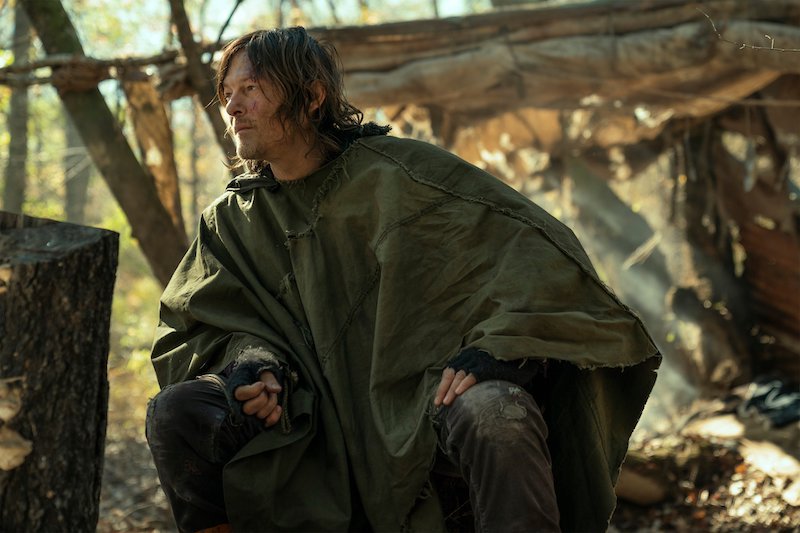 Our trip down flashback road takes us to that extended denial phase where Daryl didn’t think Rick was dead. He’s right of course, but Daryl or anyone else don’t actually know that so he’s coming off like an obsessed person.

Daryl’s only contact with people are Carol dropping off clothes and other supplies.

His treks along the riverbanks ultimately lead him to Dog, which we shockingly learn was not the name bestowed on him by Daryl. Dog’s original owner was a woman named Leah (Lynn Collins, John Carter).

Leah lives in a cabin in the woods on her own self-imposed exile after losing a friend she considered close enough in Walker world to call a sister and her “nephew” turned son. It’s rough for everyone in this environment and it’s easy to forget Rick’s crew doesn’t have a monopoly on hardship and grief.

Initially Daryl and Leah have rough random interactions, but eventually they bond over being loners with tragic pasts. This later leads to an actual relationship (scandalous!) for what appears to be a strong 10 months.

But nothing lasts for every on this show. Leah wants Daryl to choose. Does he keep stalking the riverbanks for his dead brother, go back to his family or stay with her.

Daryl considers this for a bit before returning to the cabin and leaving a message saying he belongs with her and adds a map with his latest pit stop and a plea of ‘Find Me!’

The cabin doesn’t look I’m great shape and both Carol and Daryl assume the worst when they check it out in the present day.

Daryl is over trying to help Carol who always seems to have some sort of justification for her actions. They both say some harsh things and we’re left with a tease that they actually won’t be friends later.

A little friendship tension could go a long way with those two. I’m just thrilled that showrunner Angela Kang doesn’t feel the need to push these two into a romantic relationship either.

Find Me seeks to create some drama by adding a new variable in the mix and a potential subplot to revisit for Carol and Daryl’s spinoff. It’s not going to do much for the main show for now although this flashback did provide some intriguing information about everyone’s favorite lone wolf.