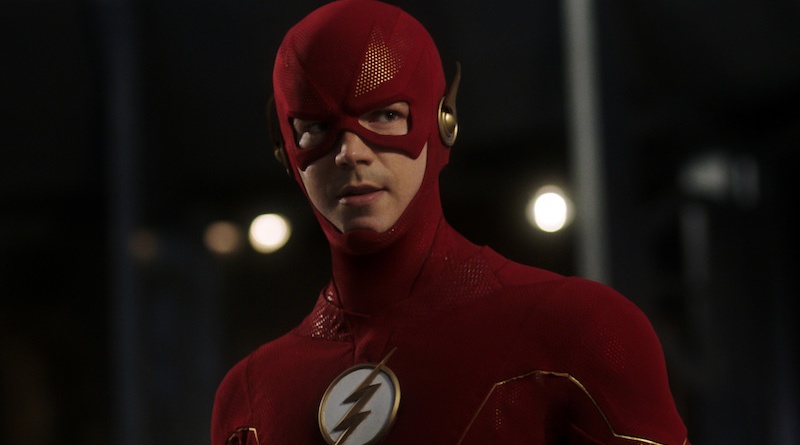 The Speed of Thought effectively marks the true start of Season 7 while introducing some fun new wrinkles to the Mirror Mistress arc.

While I’m ready for a new villain, or at least another villain added to the mix, Speed of Thought mixed things up enough to give it a bit more life for at least a few more episodes.

It’s time to say farewell to Wells — again. This would really mean more if a Wells wasn’t killed off every other season. The display case with memorabilia of XS, Ronnie and Hartley Sawyer’s career was a nice touch.

Cisco has been badly missed and even when he had to get a little dramatic, it was very good to see him back with Team Flash.

A useful side effect of Wells’ sacrifice, which led to Barry getting his powers back is Barry can now process at the speed of thought. It seems weird that wasn’t just a default power he had from jump. Speed talking through the very confusing science equations and probabilities is the way to go.

Barry’s enhanced thoughts does have a drawback as he’s now thinking without any emotion. When a returning Frost is about to get zapped by Eva, Barry goes full logical mode and determines it’s not worth making the save. 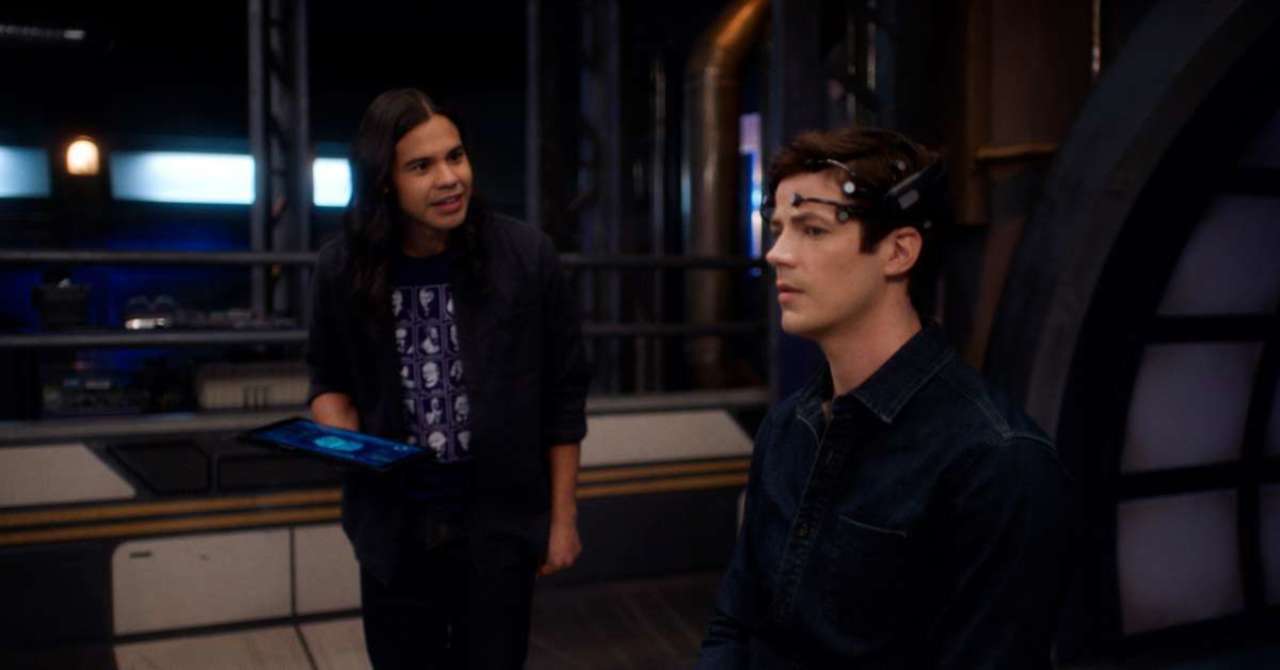 Instead he’ll save her back at STAR Labs and outs Eva as a mirror duplicate to the world. I don’t see how that is a mean strategy and actually could keep her off balance long enough for the team to come up with a better way to beat her.

Cisco and Frost take less time than I bet realizing something is very wrong with Barry. This was a bit of a risky move considering we’re still dealing with duplicates replacing people so not dragging that out for Team Flash was the right move.

Allegra is still regretting blowing off Wells all the time. She’s been around long enough, but I’m still not that invested in Allegra. I found her a lot more interesting as part of Iris’ staff as opposed to yet another powered up member of Team Flash. We get the answer to what Iris was doing last week as Allegra is able to see the message Iris wrote to Kamilla and Singh. Iris probably needs to change up her password…

Logical Barry realizes he’s only got enough dark matter to pull Kamilla & Singh or Iris from the Mirror Verse. Not so surprisingly, he chooses to rescue Iris, but the reason why actually is a shock. Iris has greater insight on Eva than the others and would prove useful in defeating her.

Naturally, Team Flash isn’t down with that assessment and they try and stop him. First with Frost randomly using Velocity X so she can match speed with The Flash. This was a very odd strategy and Frost didn’t use any of her obvious advantages (hello, black ice?) in this fight. 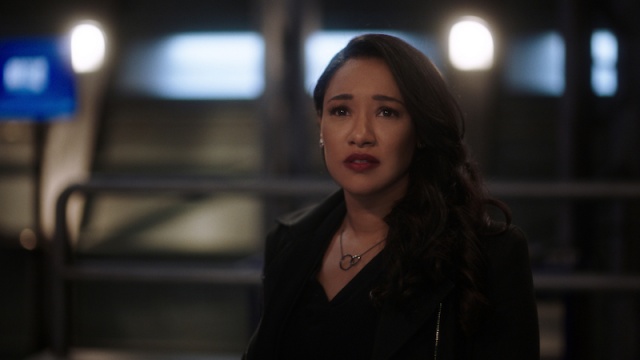 You know what’s not an effective strategy when fighting a speedster? Talking to them. Cisco is smart enough to not try and talk to Barry before taking him down. Instead, The Flash recovers and takes them out long enough to pull Iris out of the Mirror Verse.

But Smart Barry must have miscalculated something as Iris starts convulsing. This seemingly shakes Barry’s emotions back and he gets some lighting jolts for his trouble.

Eva meanwhile is dealing with her duplicate fallout before pulling a Gollum and suggesting this world could be hers. Well, sure but now you’re gonna need a new alias.

Hey, remember what I said about never really getting a chance to miss Wells? In the post credit scene, we get a flashback of Thawne stealing Wells’ body from way back in Season 1. Over his grave, we see a sprinkling of green energy — is Oliver’s good juju still performing wishes for folks? — and it looks like Harrison Wells, original recipe, is back. Well, that changes things up and at least we can avoid a comic relief Wells this season. 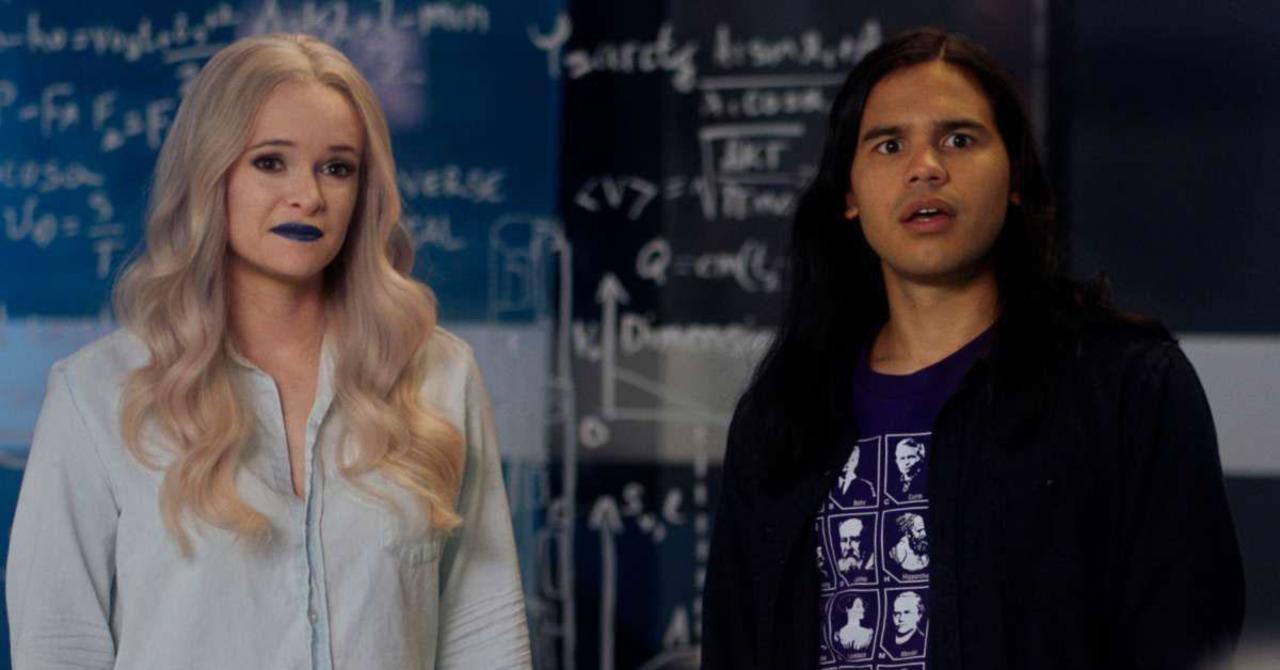 The Speed of Thought mixed things up a bit for Team Flash with Barry sidelining his emotions long enough to really make a mess of things. Maybe Team Flash can fix it before Mirror Mistress starts her assault on Central City?