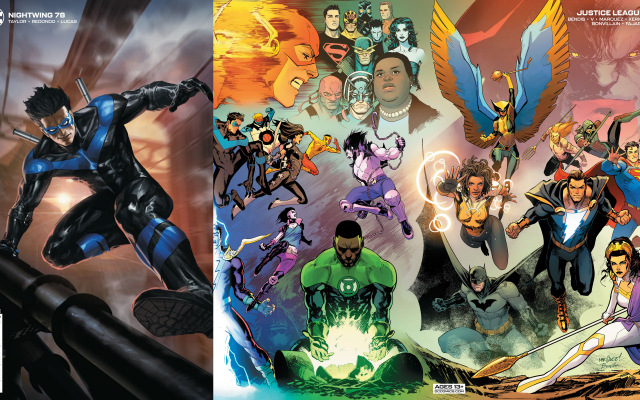 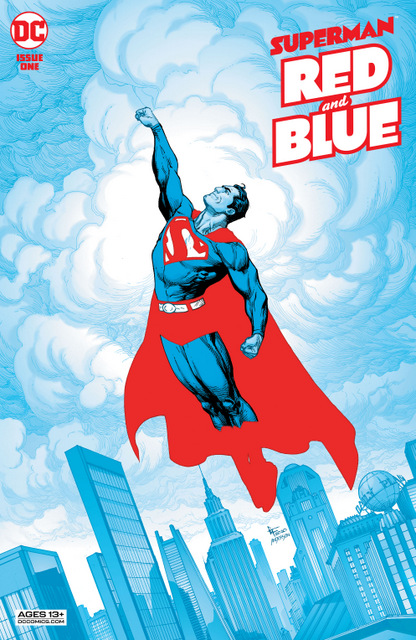 Superman: Red and Blue is a new anthology six-issue mini-series featuring some of DC’s current and rising stars with various takes on The Man of Steel.

This first chapter of five stories is the usual anthology mixed bag with something for everyone though likely not enough of it to keep readers hooked throughout.

The most intriguing piece is from writer John Ridley and artist Clayton Henry, which explores Superman traveling back to a country where he was imprisoned and tortured for months. That’s an unusual setup and Ridley quickly conveys the mental recovery aspect of this return for Superman.

Henry is an underrated artist that deserves a monthly high profile title to showcase his talents. He’s got a great sense of layouts, the right amount of emotion from his characters and good intensity in his action sequences.

The only catch with this story is it ends just as it seems like Ridley has finished setting things up and the story is about to reach its next gear.
Brandon Easton and Steve Lieber tackle an emotional story with Superman paying his final respects to a woman as her son shares his inspiration.

This is a interesting story as it raises the question of why Superman (and his allies for that matter) don’t do more to help the little guy instead of focusing so much attention on the big super villains and alien invasions.

Lieber’s art style reflects the introspective nature of the story well while Easton sets up the tale nicely. This is a quieter story that always plays smoothly in the anthology format.

Wes Craig writes and draws a story about an adventure in Superman’s early years where a young boy saves him from destruction. Craig has a distinct art style that’s very effective in the anthology’s two tone color scheme. The story is also solid although it also feels like it ends too soon.

Dan Watters and Dani collaborate on a story where an imp from The Fifth Dimension has stolen all the colors from the world. This story isn’t as effective as Superman doesn’t do his usual but of outsmarting the imp and is instead just a cog in the story. Fitting with the gimmick of this story, most of it is done in black and white. Dani’s art is ok, but is not aided by the streamlined color palette.

Marguerite Bennett and Jill Thompson wrap the issue with a look at young Clark Kent trying to fit in while dealing with an early moral crisis. This is a nice story although Bennett doesn’t dive deep enough into what concerns Clark so much to be as effective as it would have been with a clearer understanding. Thompson’s art is solid although her portrayal of a young Clark isn’t always consistent.

This is an anthology geared toward the most devoted Superman fan that tells some decent stories that cover a lot of his strengths as a character. It’s just lacking in enough engaging takes or mini-stories to be very appealing to a larger audience.