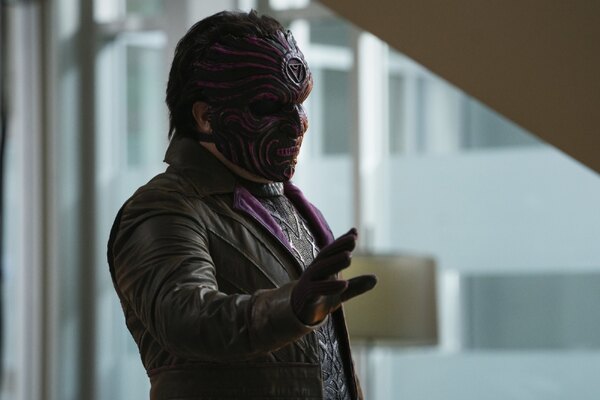 Fear Me showed The Flash is doing an admirable job of sticking relatively current with the comic books while putting a unique spin on a new villain.

Of course, The Flash wouldn’t need to break out so many new villains if the writers didn’t just completely and utterly botch The Rogues so early on. On the plus side, the show drawing inspiration from Joshua Williamson’s incredible run on The Flash is not a bad thing. There was even a cool shout out to artist Rafa Sandoval as well.

Barry is obsessed with finding out how to stop Fuerza when a new villain (Ennis Esmer), who has managed to tap into a Fear Force, is making Central City citizens hallucinate and see their worst nightmare. 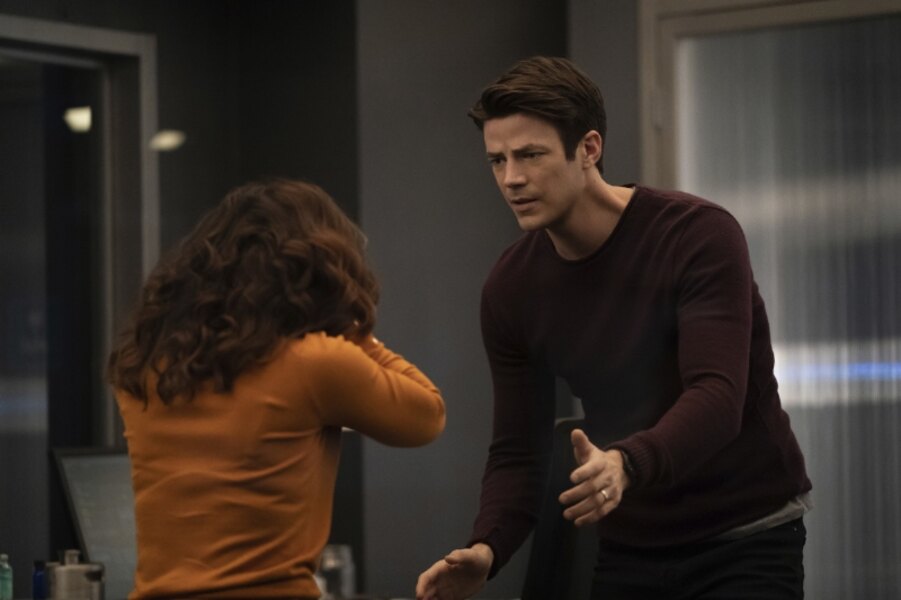 I think this is the official point where we need the villains to start naming themselves as Cisco seems uninspired on the creativity front these days. Fuerza and Psyche? C’mon man. In the comics, these characters came up with their own alter egos and while in those cases the names might sound simple or hokey, it makes a lot more sense.

Psyche is at least a different villain with a horror movie style mask. The comics version was a bit more sci-fi hi-tech, but this works fine too. His latest attack brings the Speed Force back in Nora Allen’s form. I’m confused as I thought Nora/Speed Force entity was dead?

I really hate when characters start talking meta like when Psyche referred to Flash’s “big bads.” That’s not a phrase anyone outside of The Flash says and the writers don’t need to incorporate that into the script. 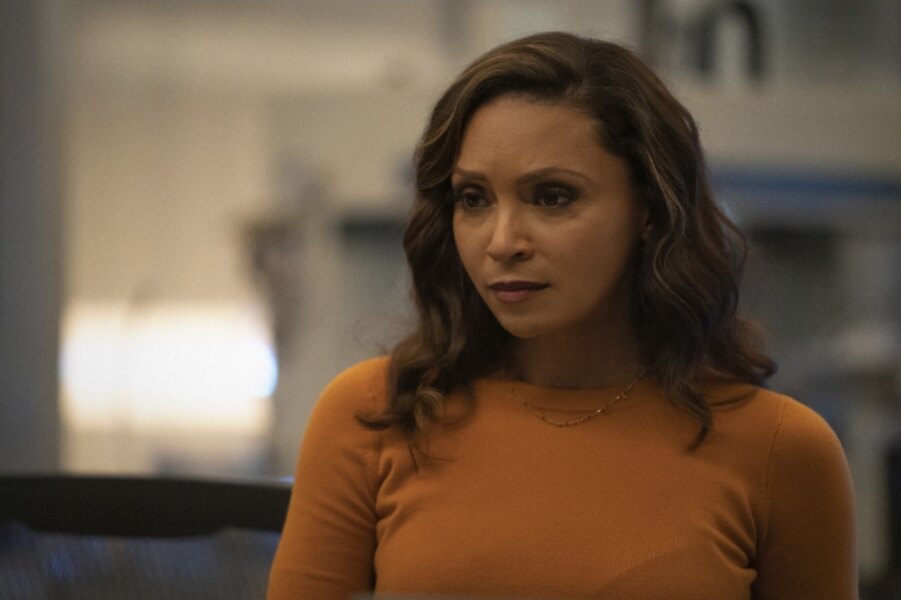 After a few run-ins, including one with Tech Vibe and Killer Frost, Barry gets Cecile’s help to take down Psyche with an assist from The Thinker’s chair. That doesn’t seem like the kind of device to have just chilling in storage. Also, does the chair need an upgrade? My Windows needs one seemingly every 10 days so that must have been a nightmare to wait to load up.

Fear Me gave Psych a good showcase and clearly laid the groundwork for his eventual return later this season.

There’s also the matter of Caitlin and Frost being separated. Caitlin is eager to reconnect using the Firestorm matrix, but Frost is reluctant. This is one of those subplots that takes longer to set up than it takes for viewers to see how it’s going to play out.

Allegra and Chester are randomly not here this week. And we haven’t seen Kamila since she came from the Mirror Verse. Don’t read this as me wanting all 32 characters in every episode, but Allegra and Kamila were so invaluable to Iris having her own storylines. Maybe I’m just over seeing Iris forced in to every Flash conflict?

Husbands and wives actually function just fine in separate jobs. It feels like such a disservice to spend so much of Iris’ screen time advising Team Flash when she could just do her own thing and carving out her blog/website. To that end, I wouldn’t have been too upset with Chester being part of Iris’ staff too as either a podcaster/tech guy so he wasn’t so redundant with Cisco. 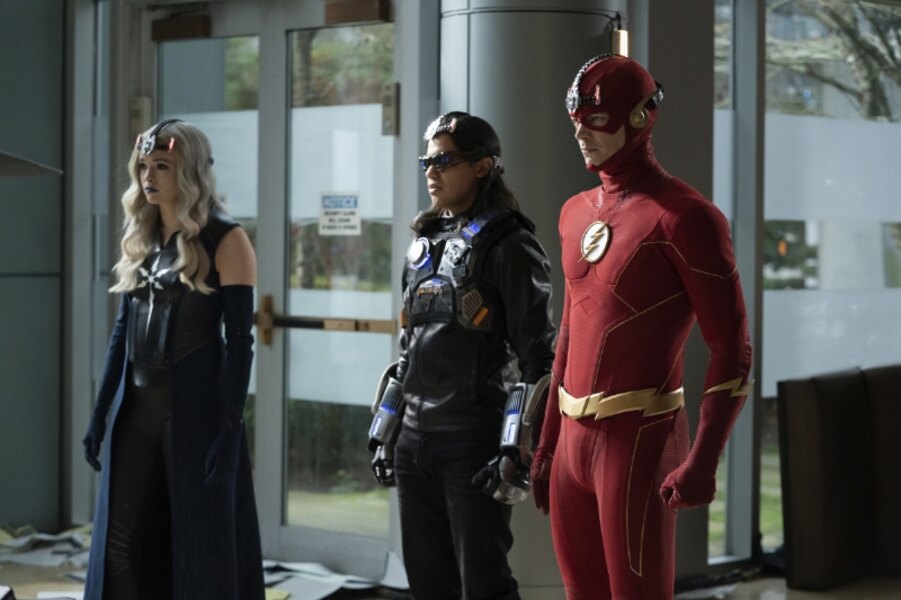 Iris did get a mini-moment as she was immediately suspicious of the government agent Kristen Kramer (Carmen Moore) arrived. She’s not here for a check-in on the CCPD and is instead here to finally bring Killer Frost to justice.

You’d think Spectre Oliver would have wiped out her criminal record after restarting the world after Crisis? Also, what crimes has this version of Killer Frost committed exactly? And shouldn’t Kramer want to bring Flash in since he was shaking hands and forgiving a murderer just last week?

Is it me or does The Flash spend more time hyping up every other non-DC movie or TV show? After this week’s mention of This Is Us — probably not a good move since TIU comes on after The Flash and directly competes with Superman and Lois/Supergirl, I’m half expecting Cisco to come strolling through with a T-shirt from The Falcon and The Winter Soldier next week.

I get that it’s an effort to be relevant, but it’s always struck me as so weird they reference pop culture outside of the DC/Warner Bros. bubble. Maybe have Cisco talk about Charmed or Walker? I dunno. 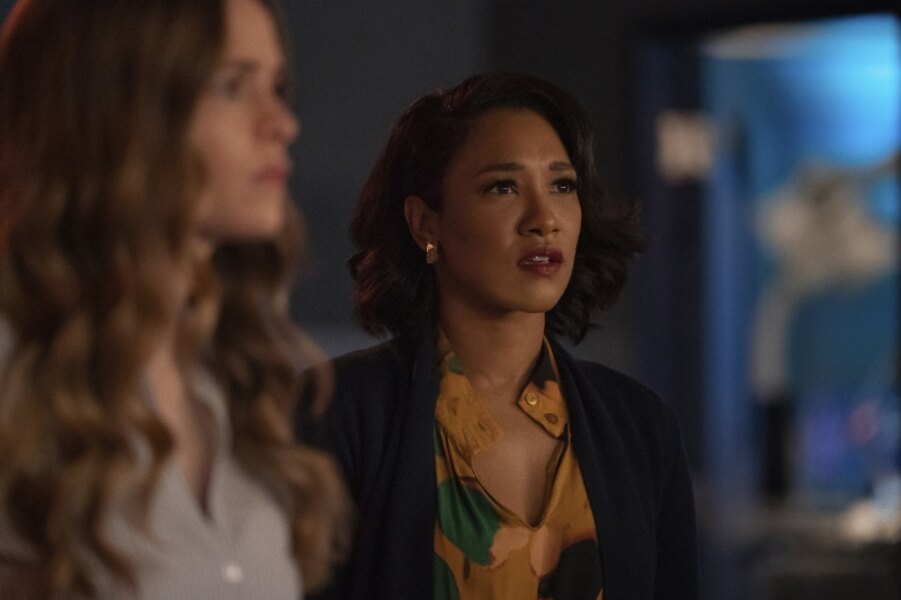 The clips for next week with Cisco and Chester going back to the 90s has me going full cringe already. I’m bracing for the worst so maybe they’ll pleasantly surprise me.

Fear Me was pretty solid when the focus was on Team Flash vs. Psyche. I’m already disinterested in the Frost storyline and eagerly awaiting when Iris gets that kind of solo spotlight.