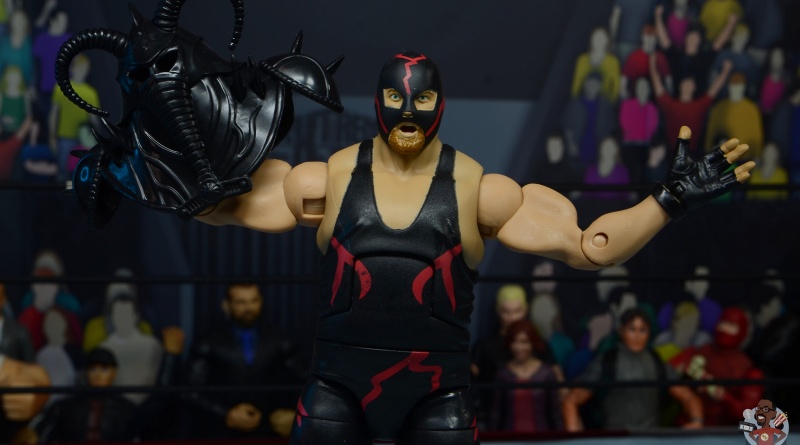 WCW started threatening Big Van Vader’s arrival in early spring 1990. His debut was unlike anything the promotion had seen after he decimated The Z-Man.

Mattel decided to bring this iconic early look for the man called Vader in its Legends. I was shocked to find the figure on the peg already so you know it’s time. Big Van Vader figure review time! Yeah that’s a mouthful. Gonna need to workshop that a bit longer.

Package: I love the packaging of the legends line with the yellow, golds and brown color scheme. The figure presentation is great as well as its set up to look like Big Van Vader has just taken off his mask and ready to maul someone. 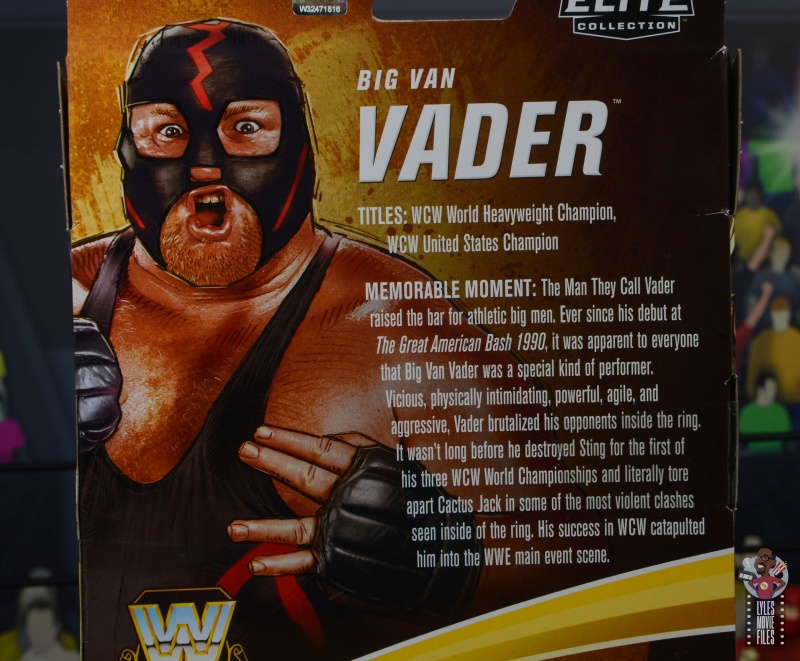 The portrait art reuses the original version just photoshopped with the Japan style mask. His bio breaks down all of his WCW accomplishments since it’d go down a weird rabbit hole celebrating his Japan success. 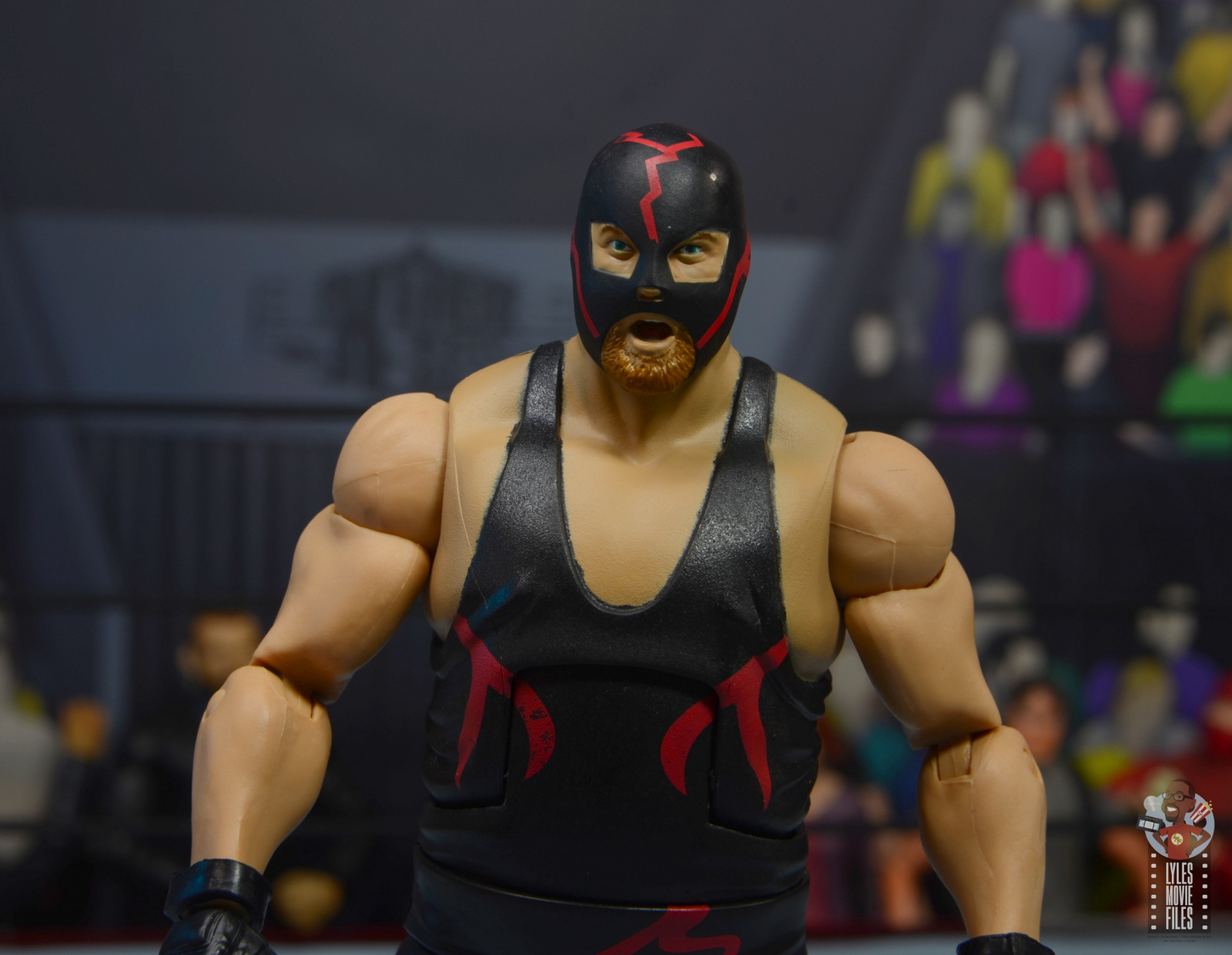 Likeness: Mattel did a great job with the head sculpt. It conveys that ferocity I expect with Vader.

Mattel’s Vader mold uses the appropriate parts to capture his size without making him ridiculously oversized like the Jakks’ version.

His hands are set up with his V hand gesture, which is a nice touch. 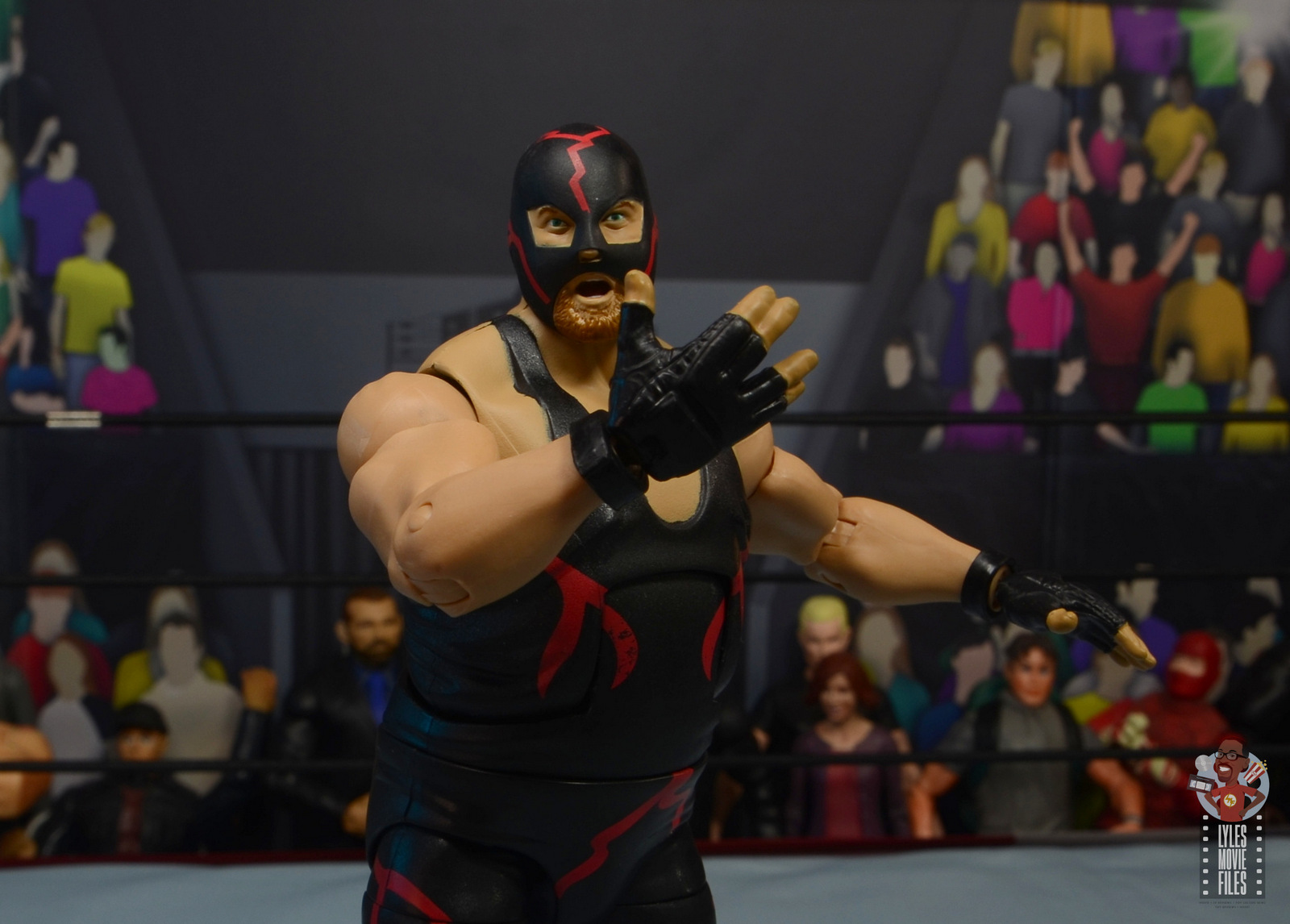 Paint:  Unlike some of his later installments, Big Van Vader has a very simple attire with red lightning-like marks along his mask and outfit.

As usual red doesn’t play that nicely with the black throughout with some fading. The black also isn’t as clean as a normal Mattel WWE figure with overspray on the straps and mask. 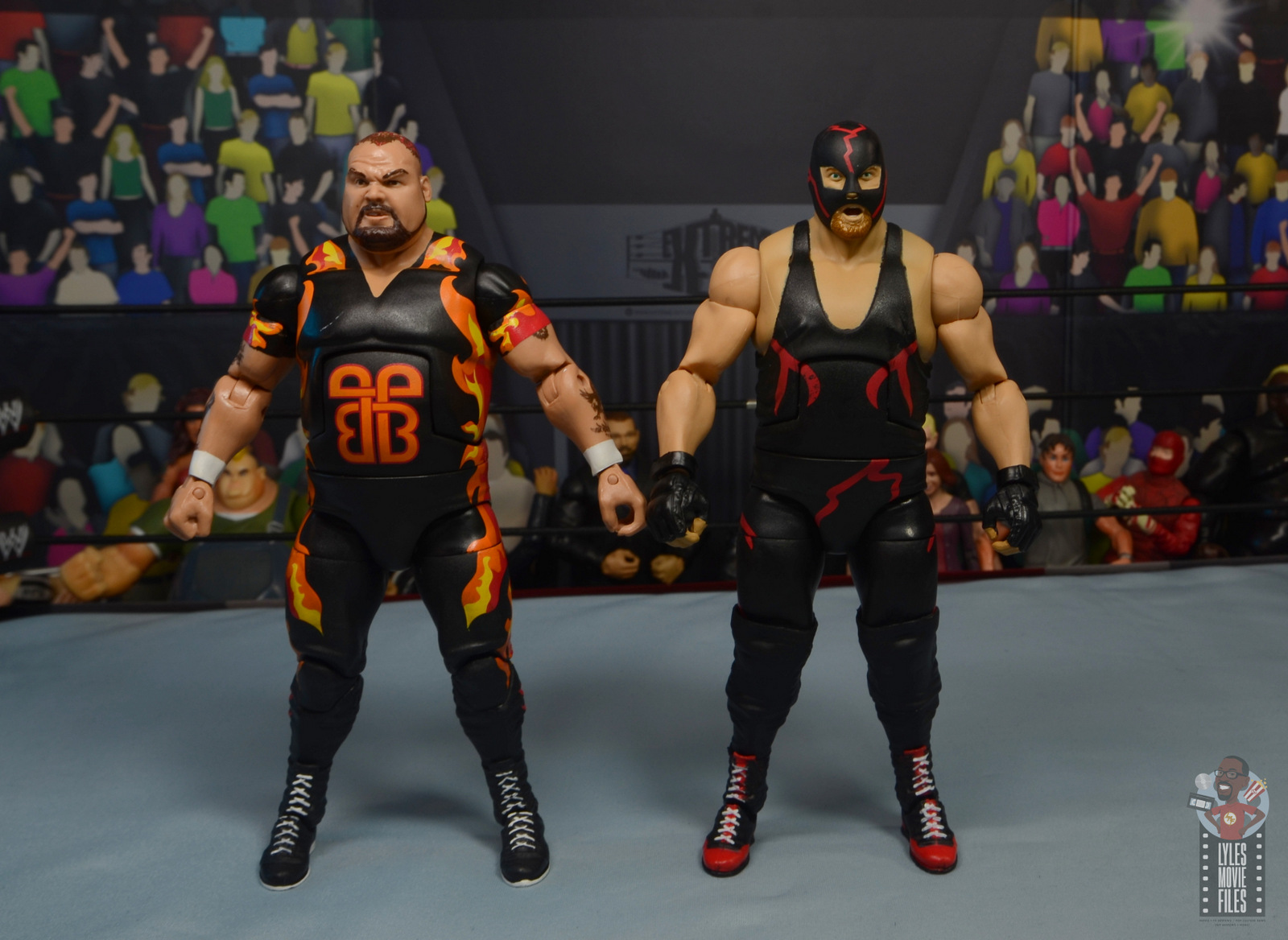 Scale: Big Van Vader was 6’4” putting him taller than most of his foes like the 6’2” Sting. Keep in mind Big Van Vader didn’t fight Sting in this outfit era, but you can pair him with the 6’4” Bam Bam Bigelow, his tag team champion partner. 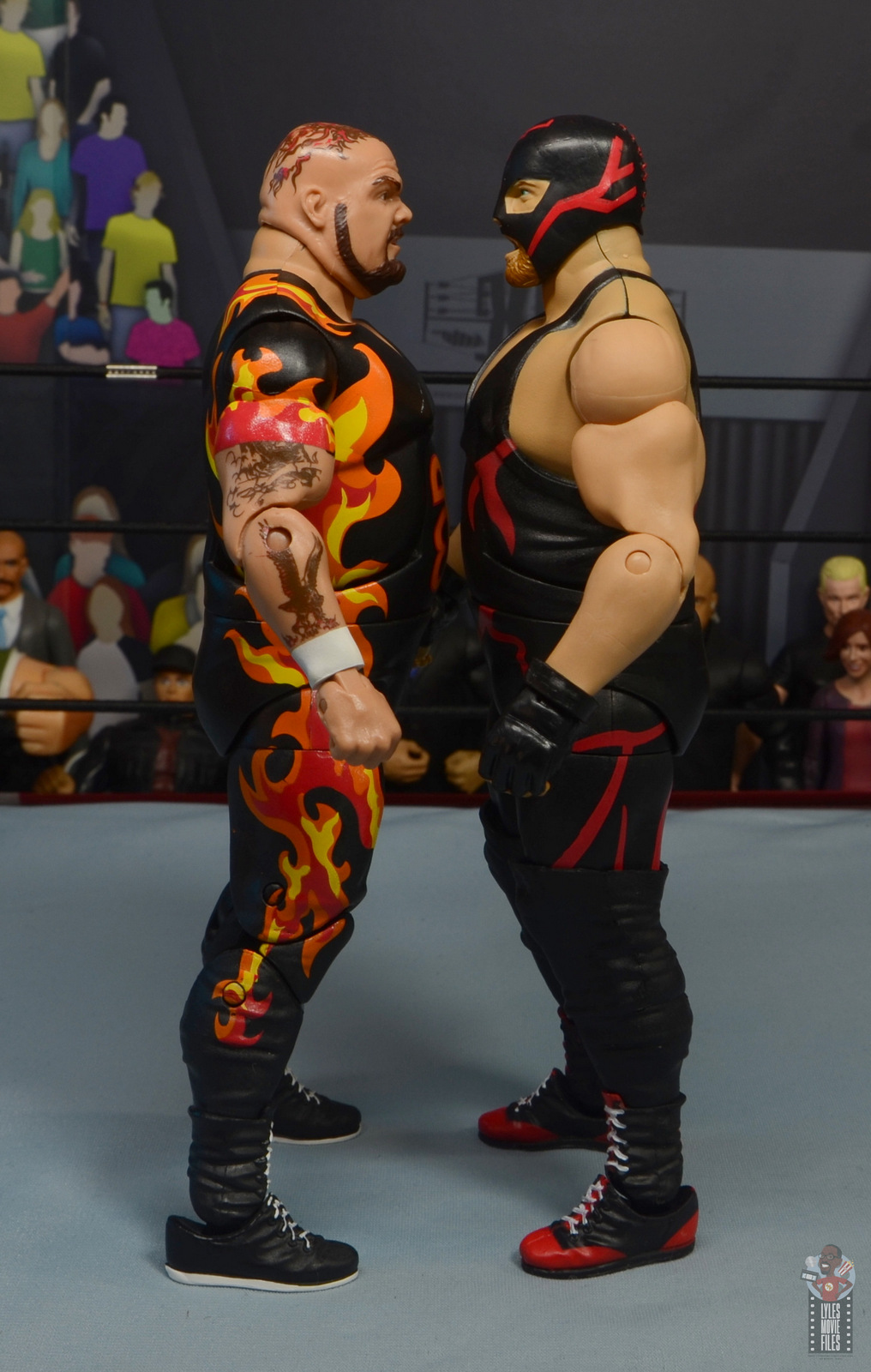 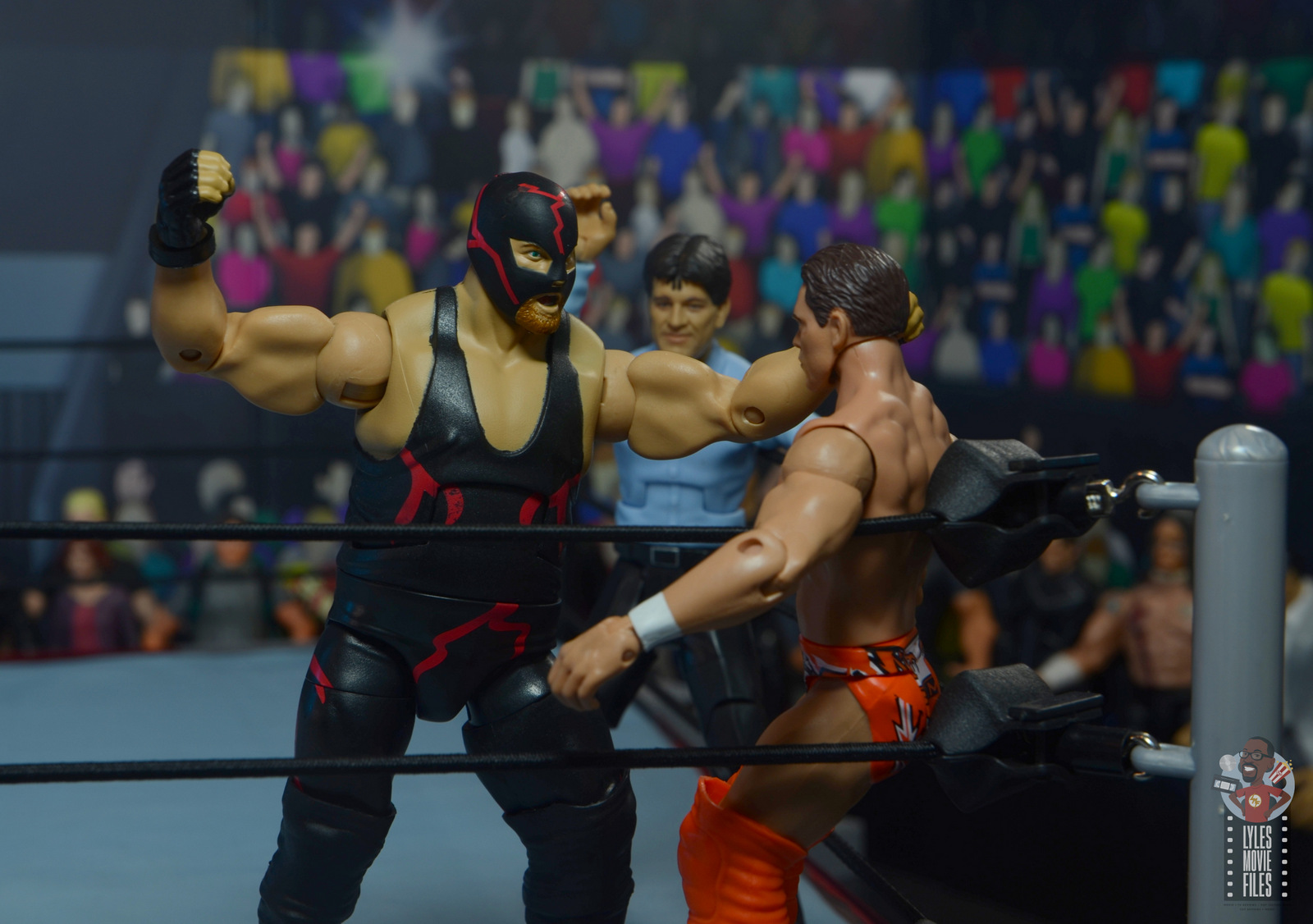 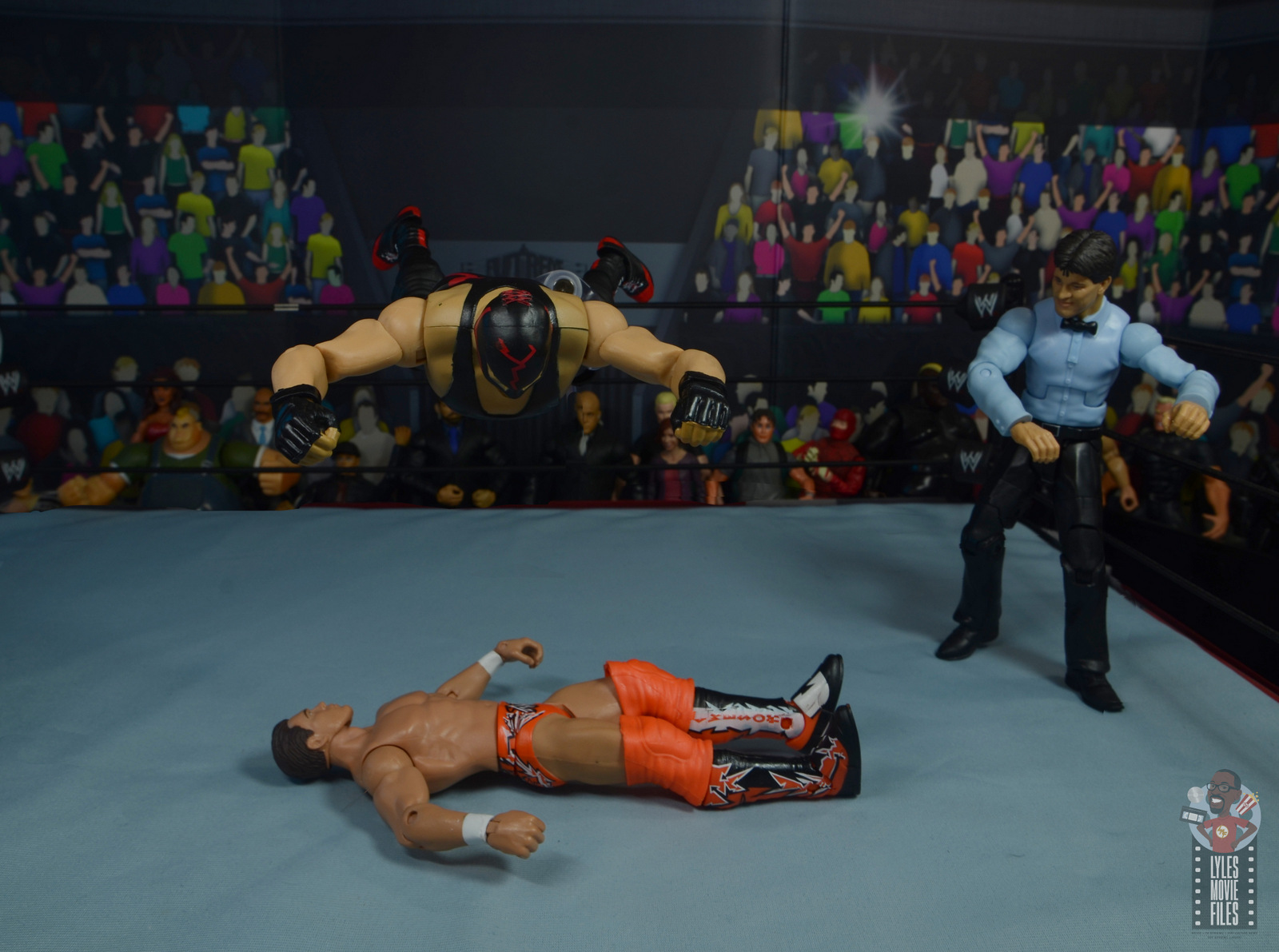 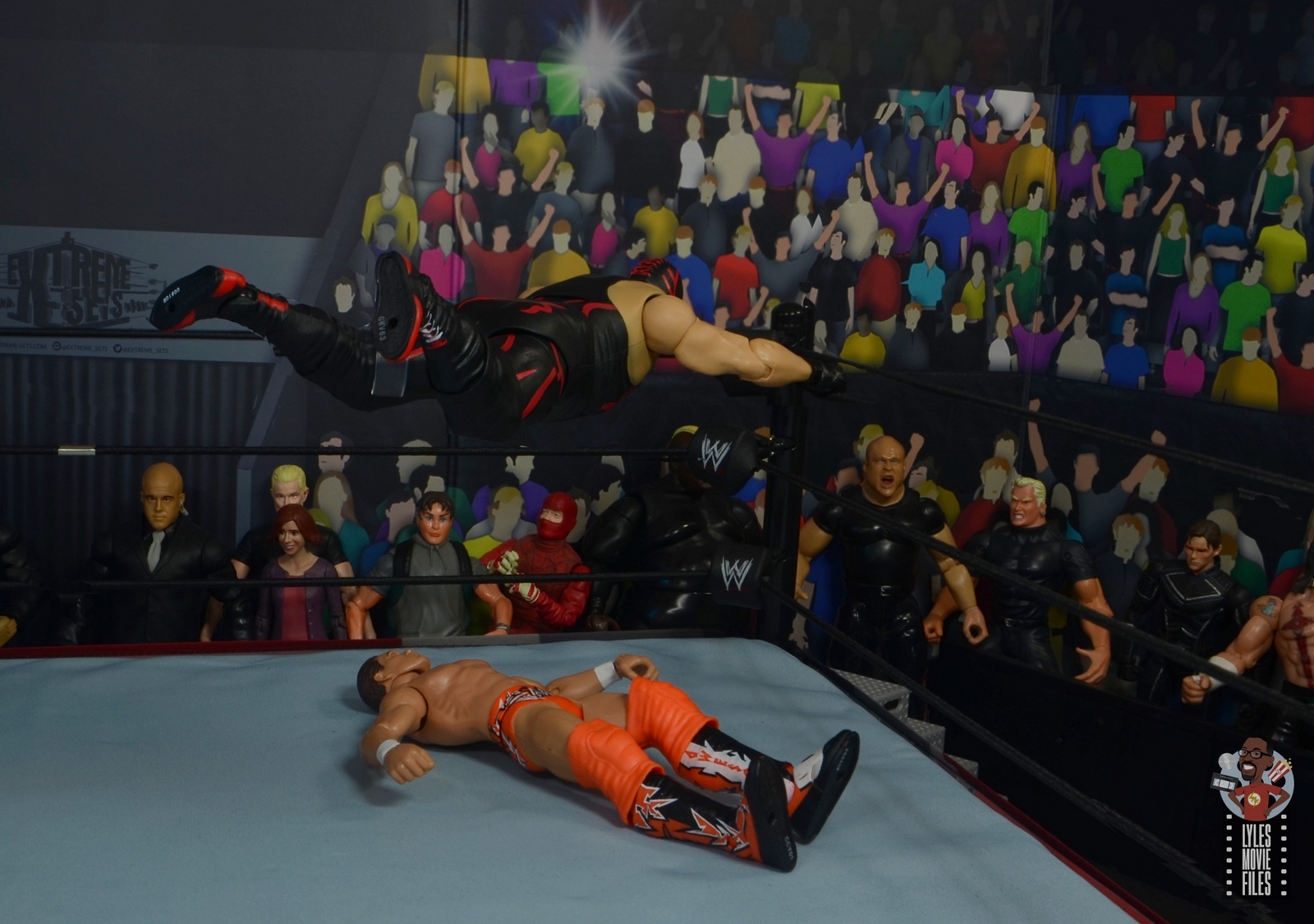 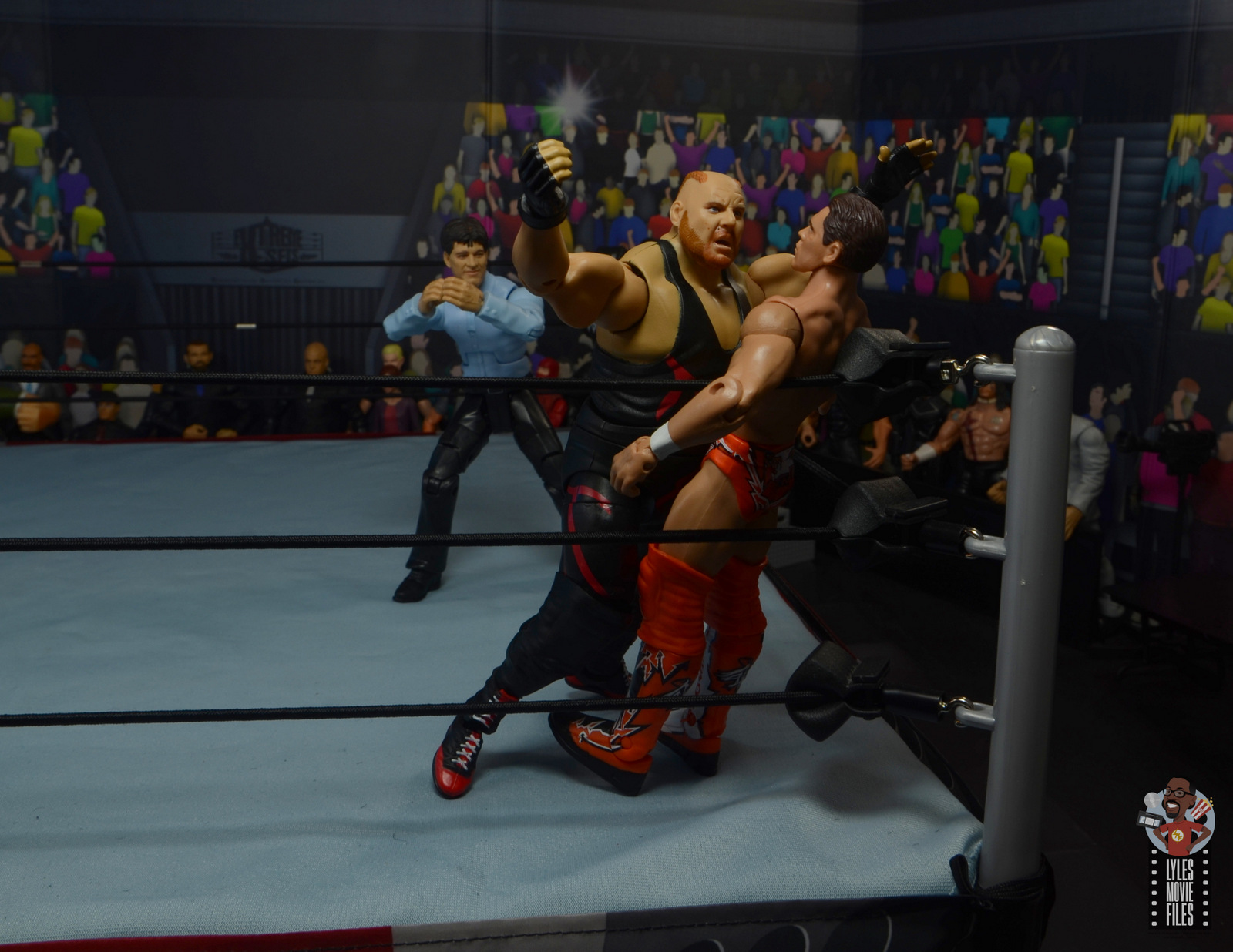 Accessories: Mattel did right by Big Van Vader with his accessories. 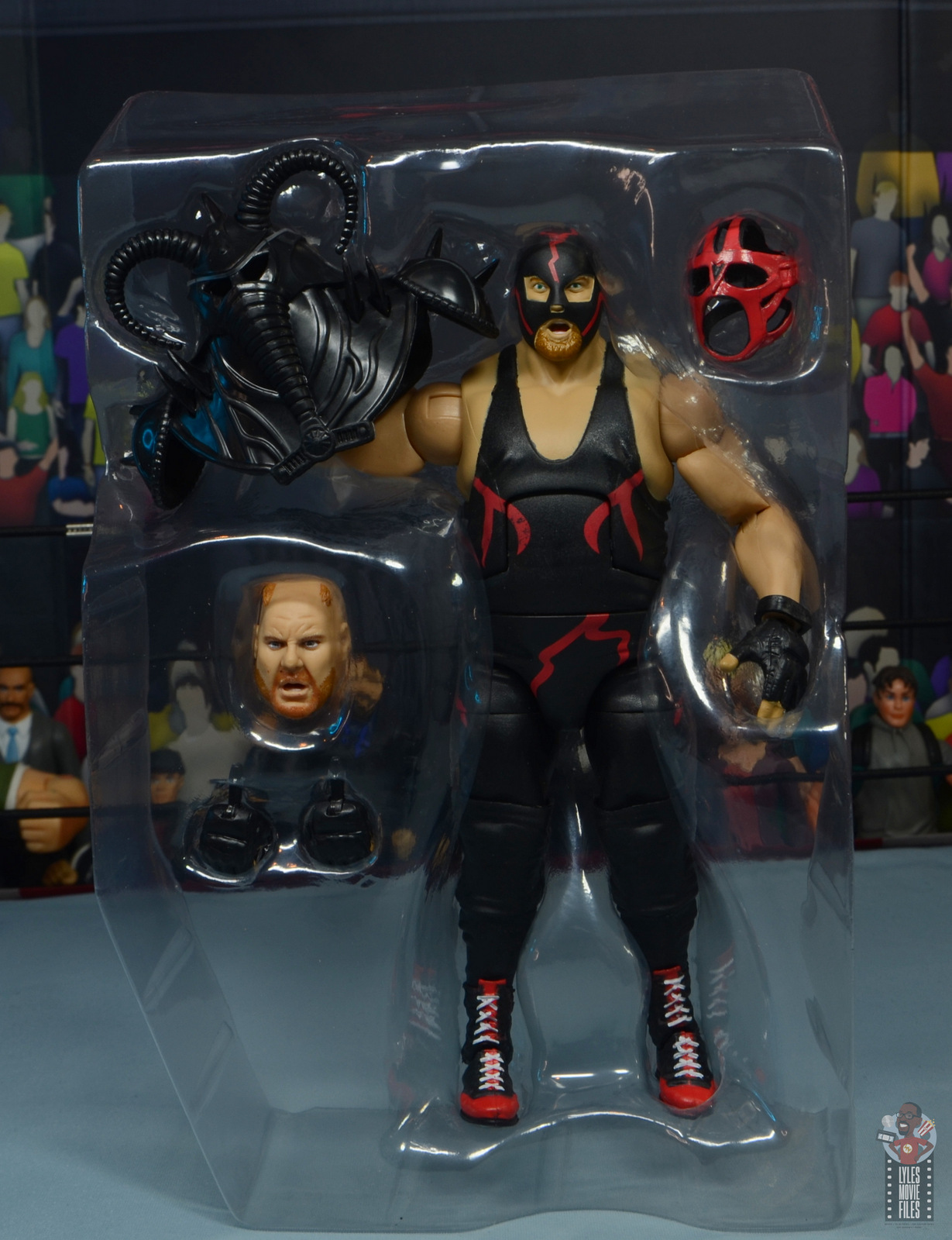 First we get his Darth Vader style helmet. It’s a reuse of the one that came with the original Vader figure. It’s fantastic and really captures the terrifying majesty of that ring gear. 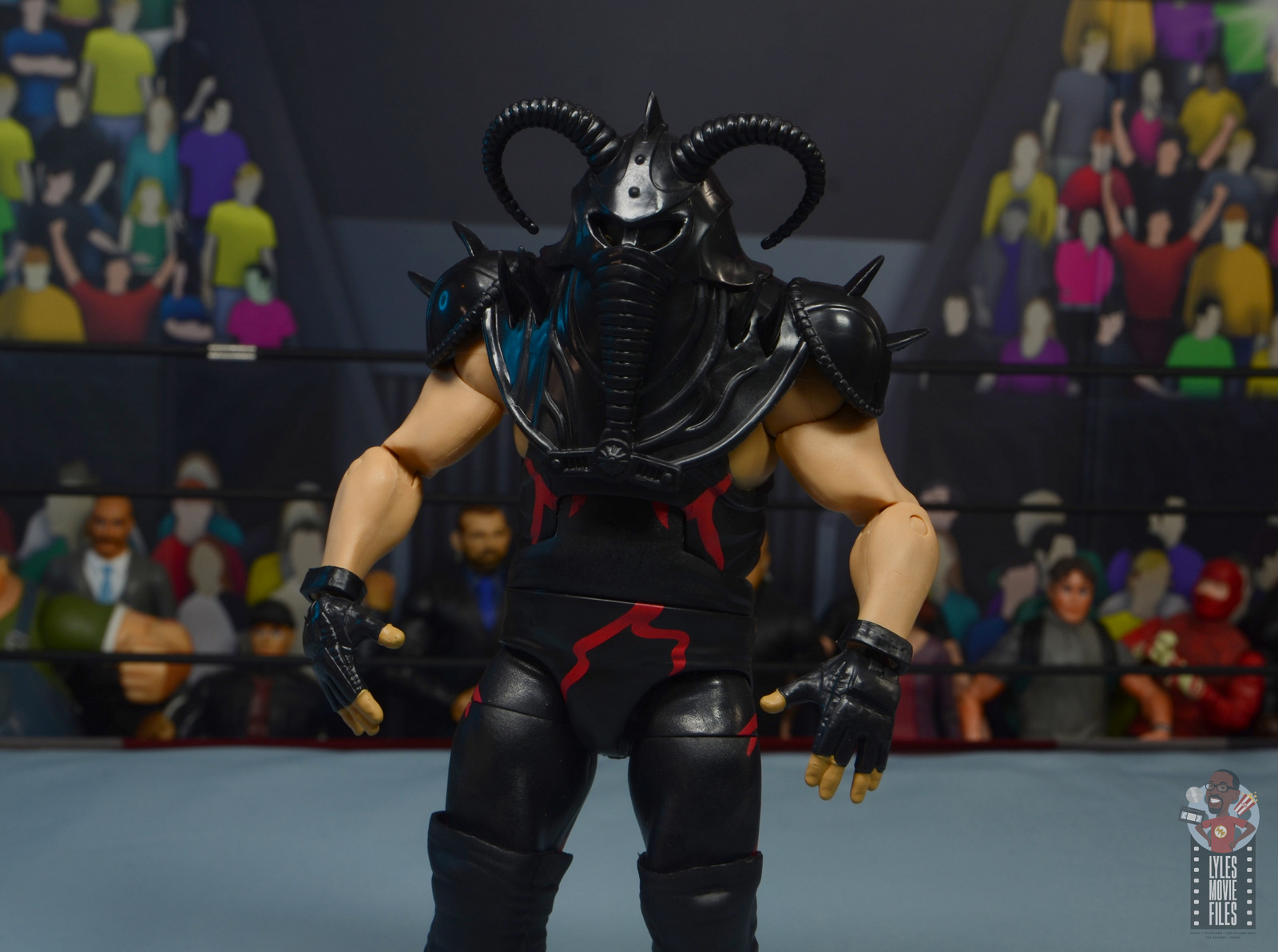 Additionally he comes with an unmasked sculpt that fully captures the bully intensity of Vader. 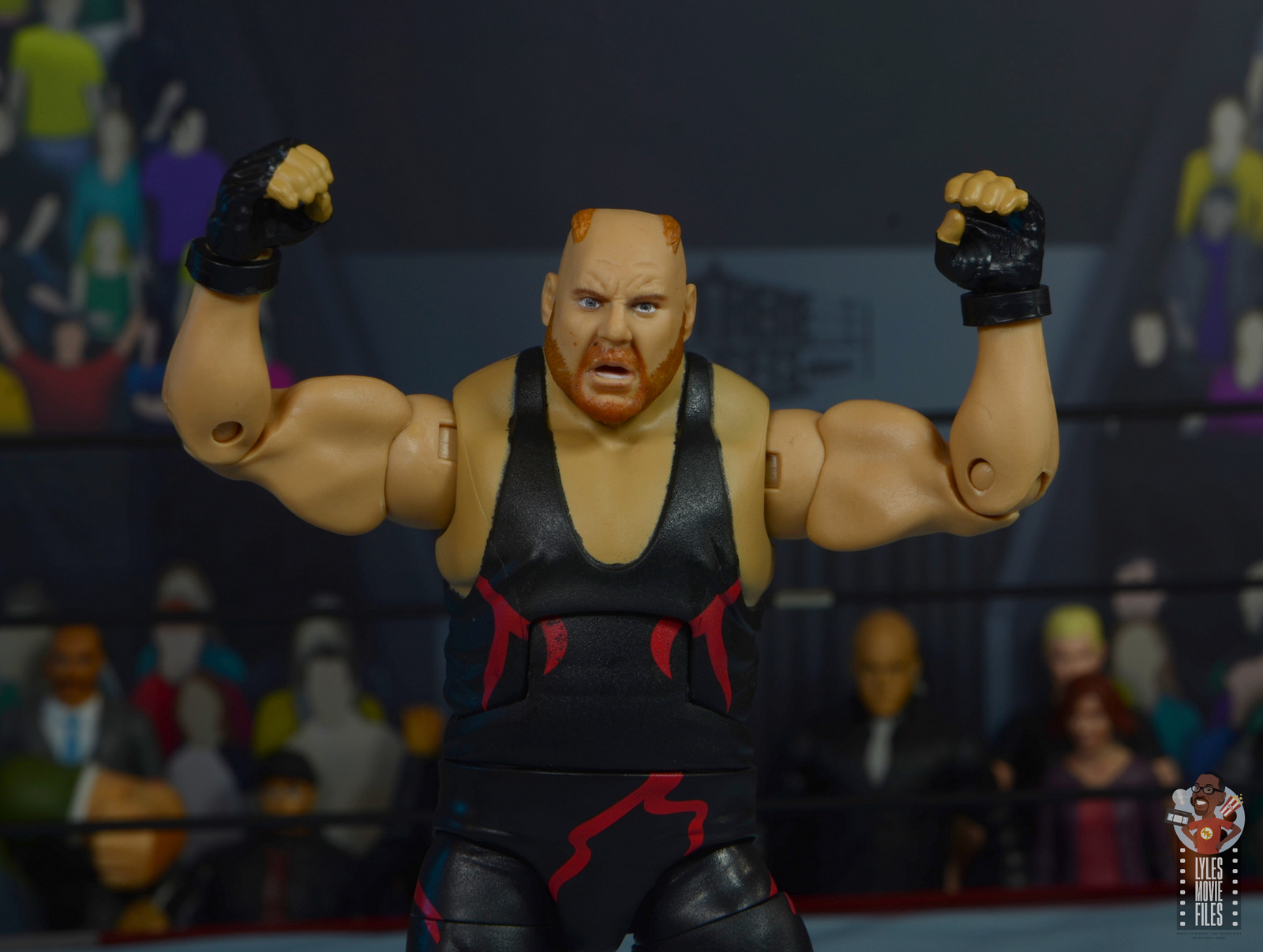 There’s also the red mask headgear that you can add on for a closer to signature Vader look. 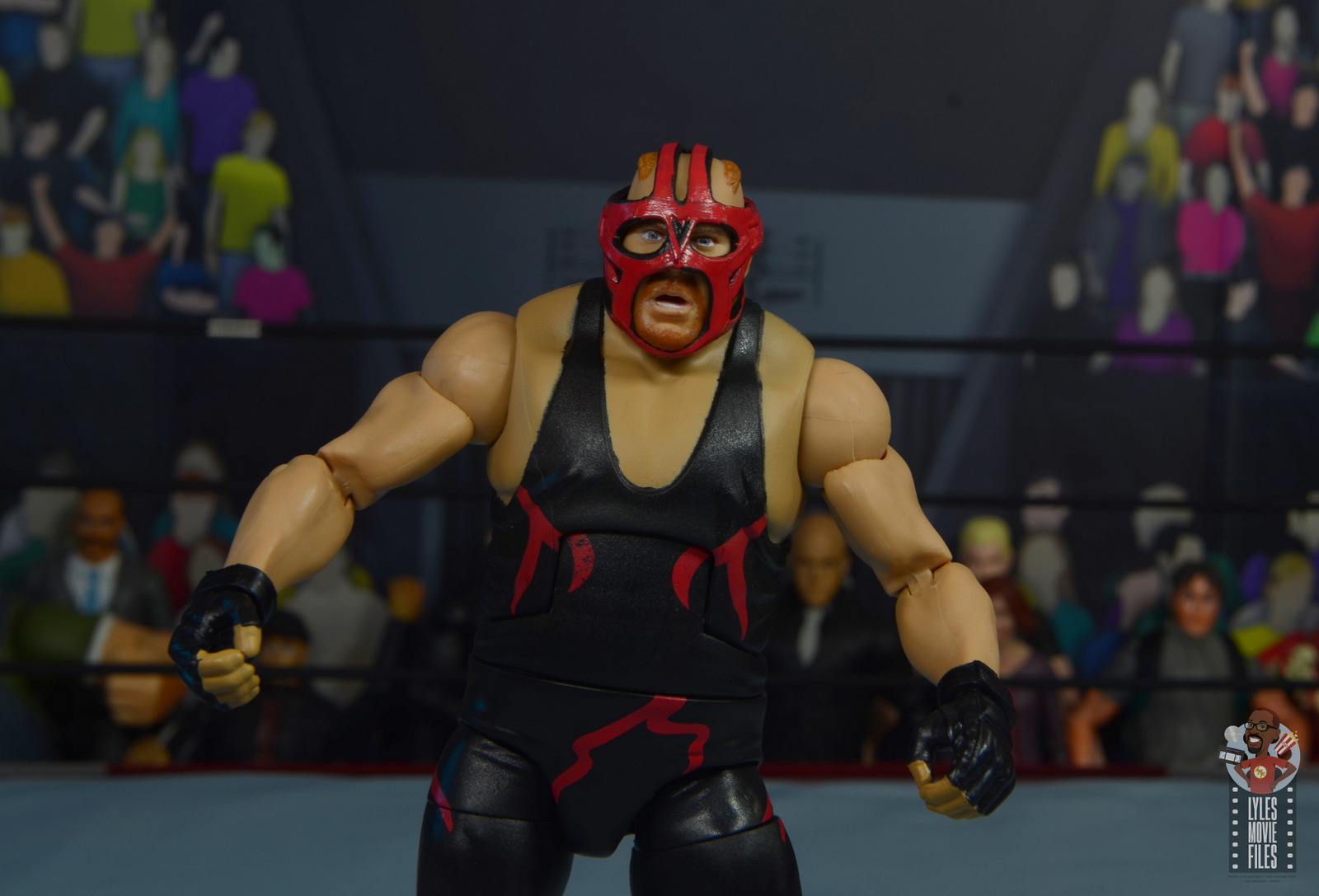 Finally he’s got a pair of swappable fists. 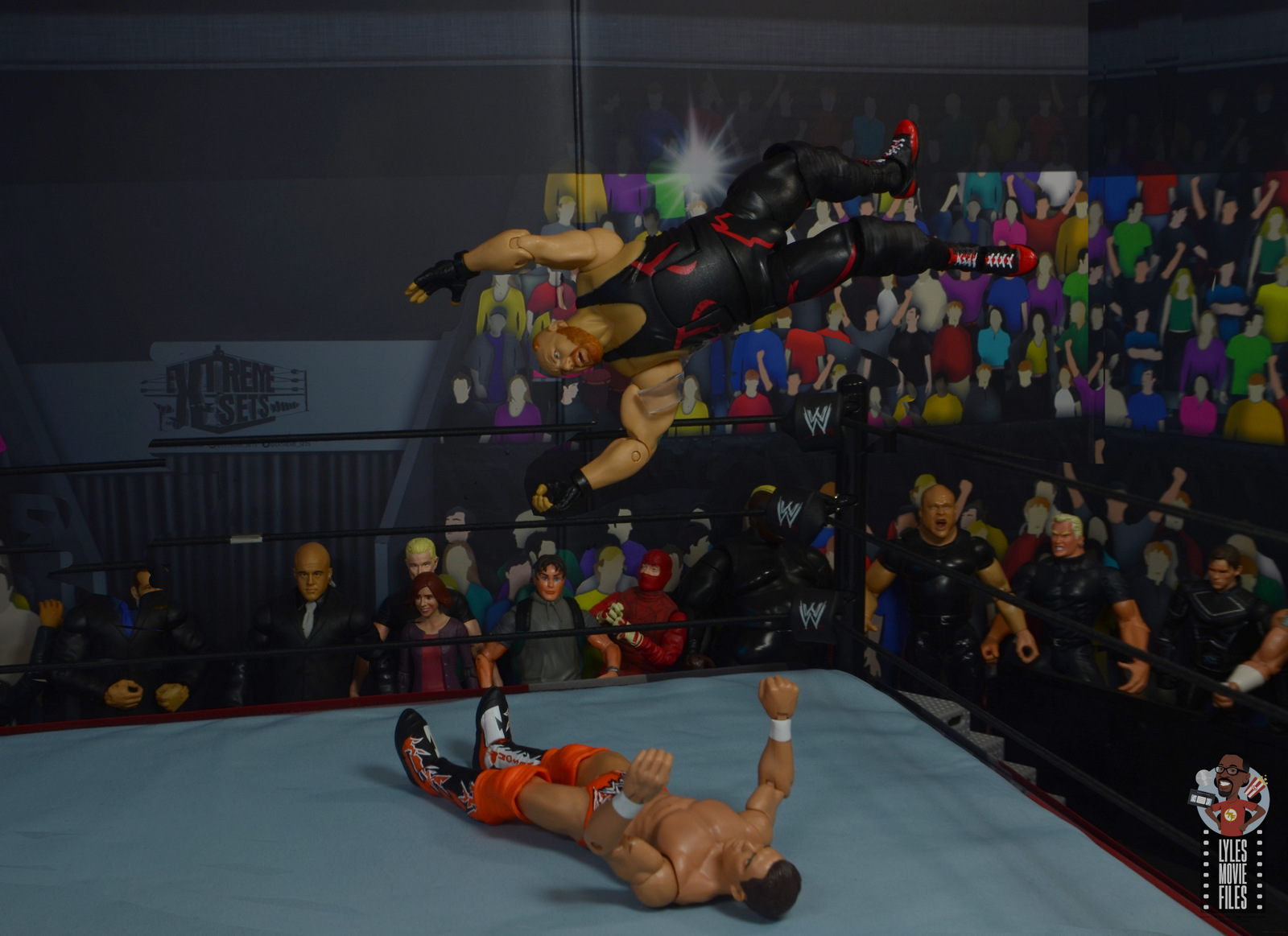 Worth It? I got Big Van Vader for $20. He doesn’t have a BAF part, but he is a tremendous value with all of these accessories. 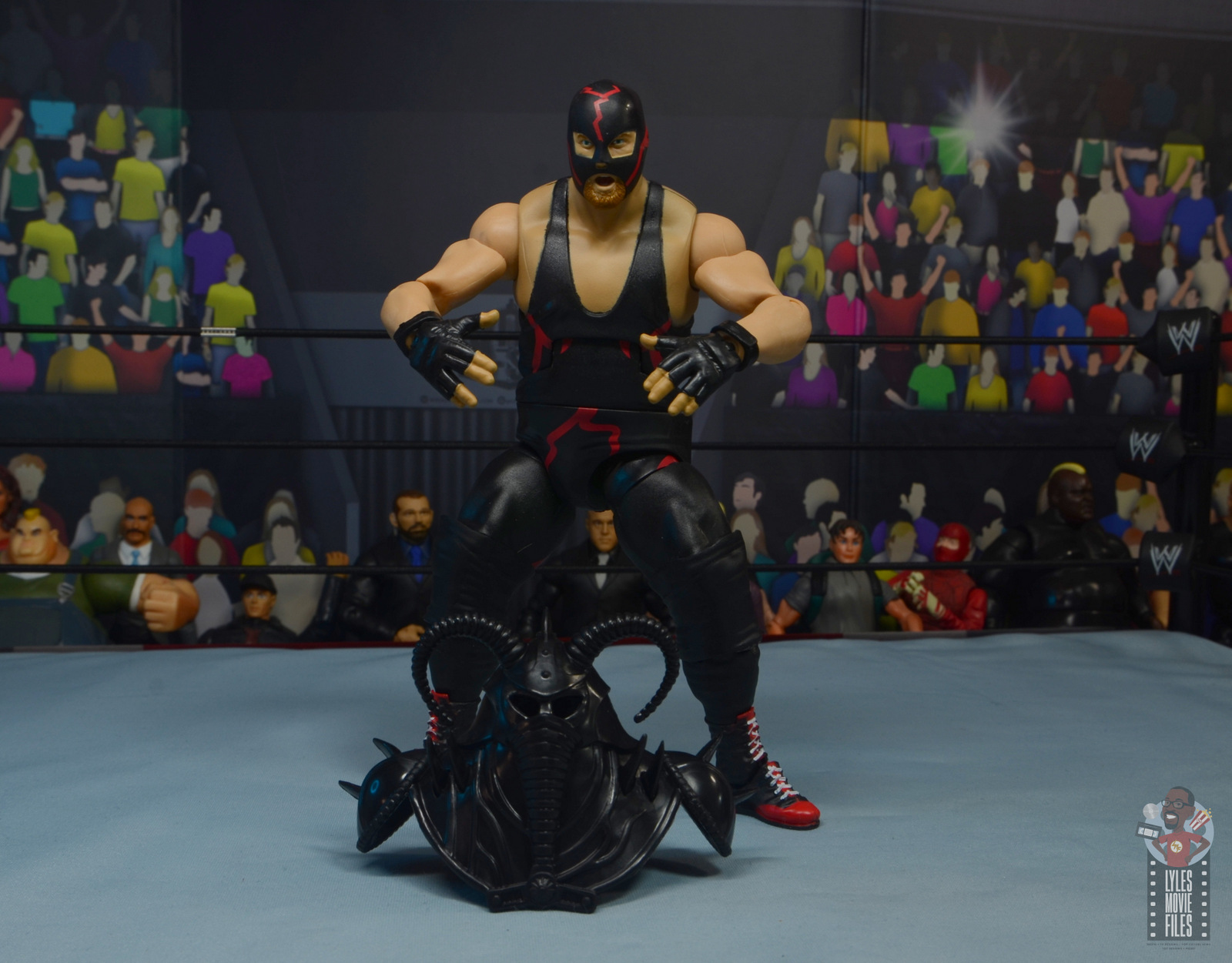 I’m dinging this just a bit for the paint, but beyond that, this is a great take on a version of Vader that I wasn’t expecting. 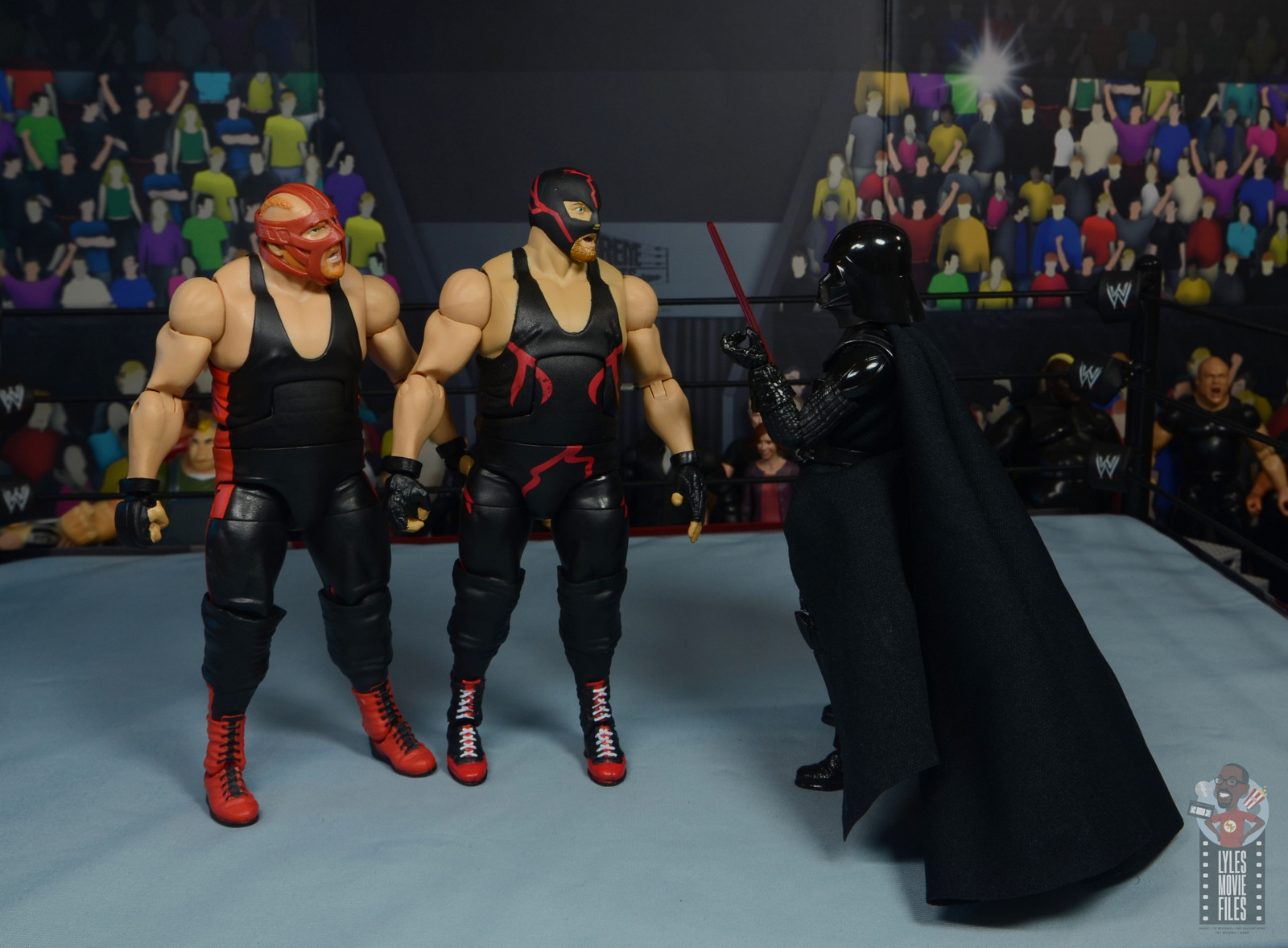 Where to get it?  Target is the exclusive home for the Legends line. They do an excellent job of stocking these exclusives even if they initially sell out on the website. Currently he’s slated for an April release along with the Legends 10 John Cena figure.