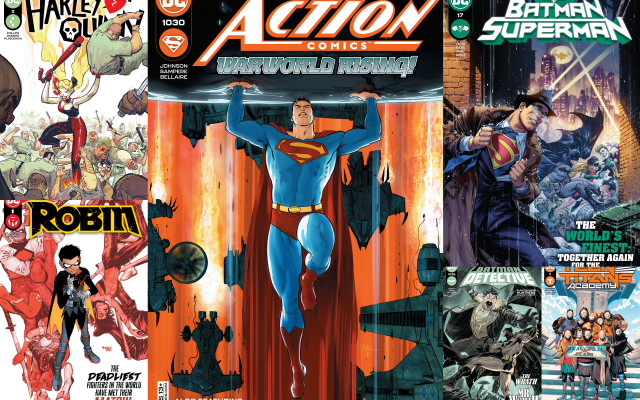 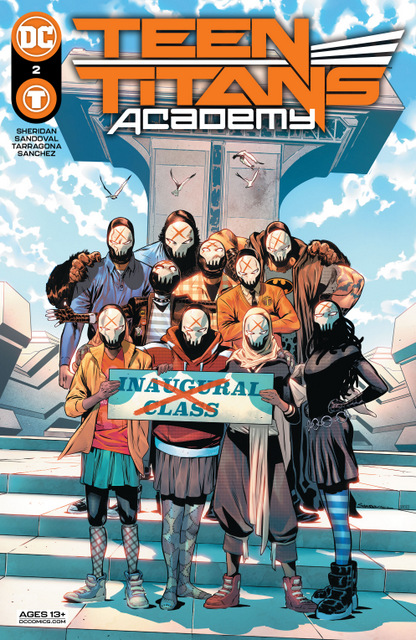 Whether readers want it or not, DC is racing toward Future State. The latest announcements of upcoming titles strongly hint that inevitable latest shock to the status quo. Teen Titans Academy is getting a jump on the bleak future as Red X invades the team and starts making life miserable for their fellow students.

Writer Tim Sheridan is very intent on making Red X a pivotal antagonist presence in the title, but Sheridan clearly can’t reveal anything yet. For now, Red X comes and goes stirring up trouble while the Titans fail at every turn to stop him.

This is a frustrating setup for a team with veterans like Nightwing, Cyborg, Donna Troy and Starfire to be so easily befuddled by one seemingly non-powered character.

It still feels far too soon to introduce Red X in the mix before Sheridan has had any chance to spend much time with either the teacher Titans or the academy students. Considering the shaky state of the Titans before Academy started, establishing a stronger foundation seems like the better play.

Artist Rafa Sandoval keeps delivering high quality art. His figures tend to be a bit stockier even typically slimmer characters like Nightwing and Beast Boy, but his expressive characters and dynamic action sequences make up for it.

The release schedule of TTA seems a little out of whack as Nightwing is hooking up with Starfire and mentions spending more time in Bludhaven. While in the Nightwing title, Dick is already rekindling his relationship with Barbara Gordon. This story rollout should be tighter.

Sheridan seems game for collaborations as evidenced by the tease in the last page suggesting a crossover with another new title is imminent.

Teen Titans Academy has a lot of potential, but feels hamstrung by needlessly forcing the Red X mystery so early into this new run.