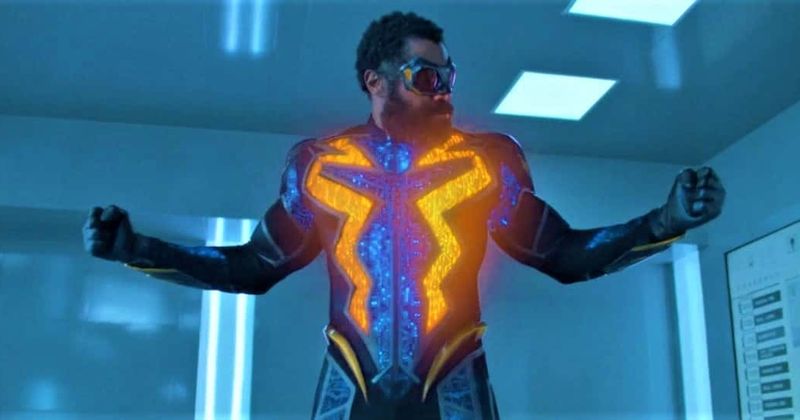 At this rate I’ll be finished with season three of Black Lightning just as the series finale airs. Agent Odell’s Pipe-Dream finally made some welcome progression in this season particularly with the title character.

It hasn’t been a lot of fun watching Jefferson in prison…a meta holding facility run by Odell and the A.S.A.. To help make up for it, Odell has a peace offering — a new outfit with a few new upgrades. Gambi likely won’t be pleased…

Odell offers another opportunity to be done with him once and for all provided he take on one mission for him. That’s taking care of a Markovian camp. That’s no trouble for Jefferson, but any kind of partnership with Odell is a losing proposition. 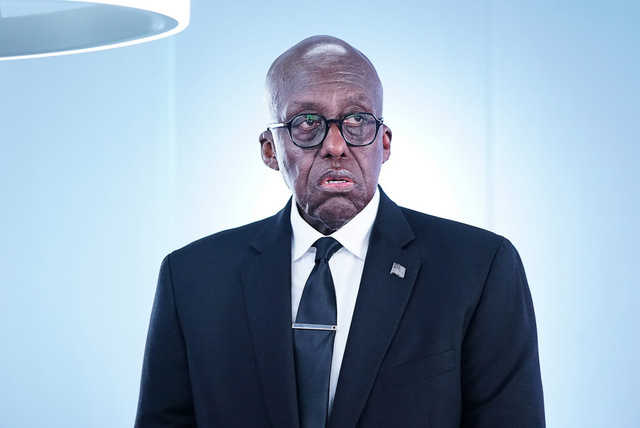 There’s a virus going around in Freeland — yeah, killer virus storylines that don’t involve zombies are kinda weird to watch now — that’s killing off metas. Soon it’s just going to be a matter of time before it catches up to the Pierce household. At least that’s the story Odell pitches to Lynn to get her help in finding a cure.

Lynn deduces it was crafted by her not so friendly rival Dr. Jace and got into the A.S.A holding cells via Cyclotron’s visit. It’s about 50/50 if Jace knew what she was doing or if the Markovians made her do it. I know where I’m putting my money.

Grace randomly returns to the fold and Anissa is so happy she’s back that she basically burns her…whatever the modern equivalent of her little black book. Bye Jamillah! Odell has his hooks in the rest of the family and I wonder if Grace’s return wasn’t so random as it initially appeared…

At school, Jennifer meets Virgil, a verrrry interesting student who quickly seems smitten with Jennifer. She’s not that interested since she’s still grieving the not at all dead Khalil. Painkiller’s scenes are 100% determined to guilt me into not working out to the point I have a 10-pack. How is that even possible? Also, this is totally going to be Static, right?

Poor Henderson has been getting worked by the A.S.A and now he’s getting grief from Freeland citizens. One woman accuses him of being worse than the white police officers in charge. OK, that one was below the belt lady. Also, does anyone in Freeland actually think Henderson has much power with the A.S.A running everything?

Odell has his hands in a million little things right now. He pays Tobias a visit. He wants the briefcase, but since Tobias is Tobias, Odell has a little UV light to torment him. 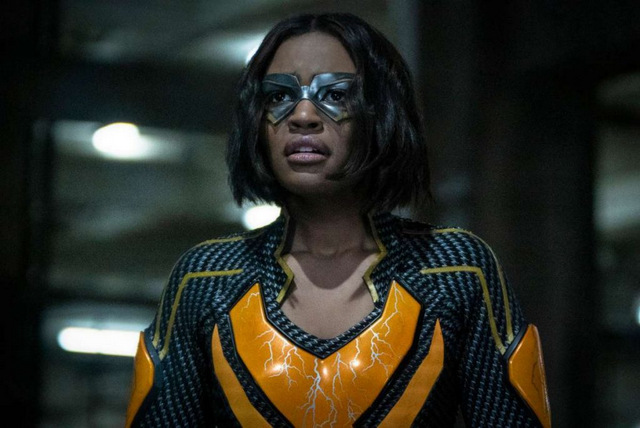 You can say a lot about Odell, but the man has clearly thought of everything. Like how to get Jennifer on Team Odell by telling her Markovians killed Khalil’s mother and not in fact his man Painkiller.

Jennifer was tasked with tracking down a Markovian data farm and once the target was acquired, Painkiller took care of processing them. Aww. It’s like a meta date if the girl realized her dead boyfriend was alive and is a remorseless killer.

While he’s super shady, Odell does make good with his initial promise and allows Jefferson and Lynn get to go home. Anissa and Jennifer are thrilled, but they’ve both had busy nights so the joyous reunion will have to have a proper celebration next episode. 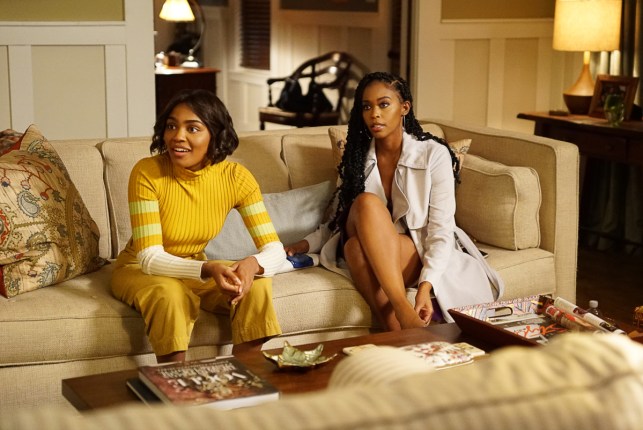 Agent Odell’s Pipe-Dream probably isn’t so crazy after all as the season’s puppet master is working things out in a big way with just about all the big power players under his thumb.