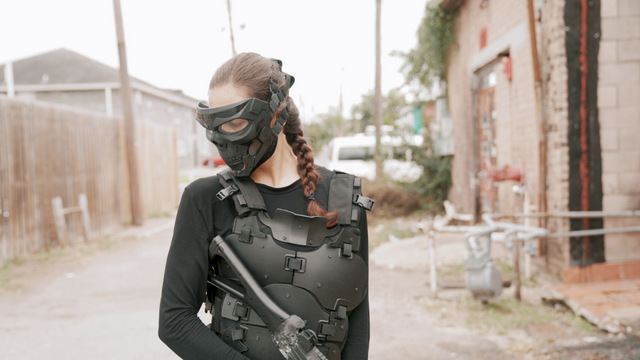 There’s no ideal point to watch Wrong Place, Wrong Time. It’s just a matter of how quickly you want to get it over with if you managed to lose the bet that has you checking it out in the first place.

Most bad movies don’t have the thoughtfulness to give you an early heads up of its level of incompetence. Not so with Wrong Place, Wrong Time.

It opens with what could politely be described as the most ill-advised, poorly staged attempt in cinema history at recreating that epic street shootout in Heat. Given the shoddy gunfire effects, sloppy blood sprays and incoherent flow of the action you’ve only got yourself to blame for sticking through with this one. 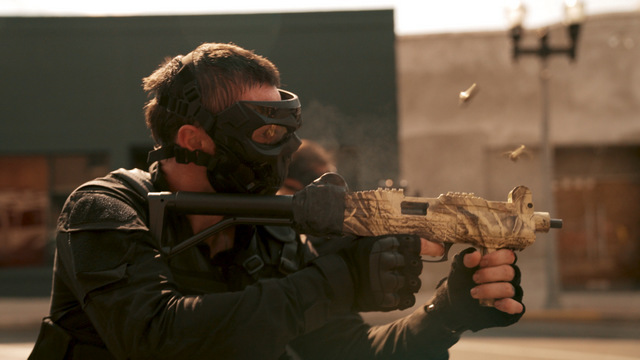 Trying to piece together a plot isn’t made any easier by the disjointed editing. As best as I can make sense of it, five mercenaries that barely act like they like each other, are going after cartels and various other crime bosses for huge paydays. And they may or may not be wanted by government agencies too.

But as usual, one of the crew gets greedy and wants a bigger portion of the payday. This is the problem with teaming up with mercenaries after all. With one member on the verge of death, they go to a random house that’s got its own mystery afoot.

Women are chained to chairs and some other inhabitants are clearly feigning ignorance about the peculiar events occurring.

After far too many incoherent conversations and discussions, one of the homeowners reveals his secret — he’s a vampire. There’s a lot to loathe about Wrong Place, Wrong Time, but the makeup and costume design for the head vampire is surprisingly well done with solid prosthetics and convincing deformities.

Director/Writer Justin Price loves his nonsensical blood sprays and splatters. Too bad he’s so disinterested in making a cohesive and comprehensible script. 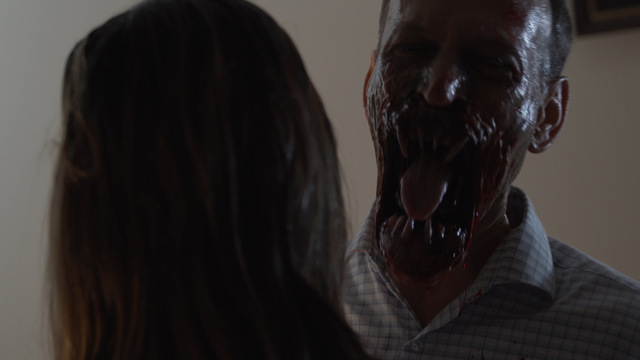 The performances aren’t great. The actors’ line delivery frequently sounds off as if they didn’t receive any guidance on how to emote the dialogue.

It doesn’t help at all that none of the characters are likable, which proves to be a pretty major component in an action/thriller film. No one cares if a squad of jerks slowly gets killed off one by one.

Maybe the one character that comes somewhat close to likable is Sage (Franziska Schissler, The Dawnseeker), but that might be simply because she’s the one written beyond a very limited archetype. Shissler can “stare intensely” to great effect although her performance is so wooden that she comes off merely bothered by the craziness in the house instead of terrified.

Price stages some of the action sequences better than others. Easily the best is a police officer’s body camera POV when one of the creatures arrives.

For the most part, Price gets how to build the tension from a basic horror thriller perspective. It’s just the actual constructing of a plot and making characters worth caring about that he struggles. 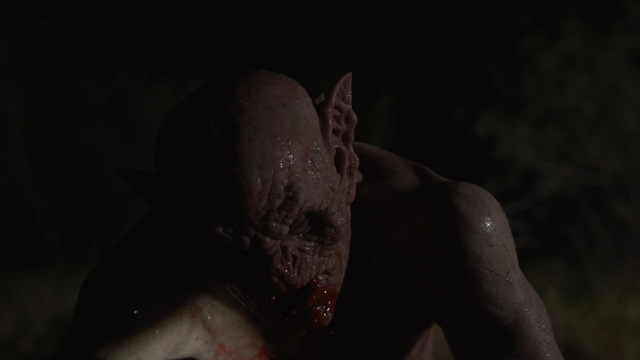 Wrong Place, Wrong Time was marketed as S.W.A.T. meets Resident Evil. That sounds like a fun mash up of genres. Who cares if there’s not any zombies? Vampires can be just as intimidating and tricky an opponent — provided there’s not a lot of wood lying around in this fully furnished house.

What S.W.A.T. and Resident Evil, particularly the first installment, had that WPWT lacks is characters you want to see survive the horror. Without that it’s just a brainless horror action film in desperate need of some heart.