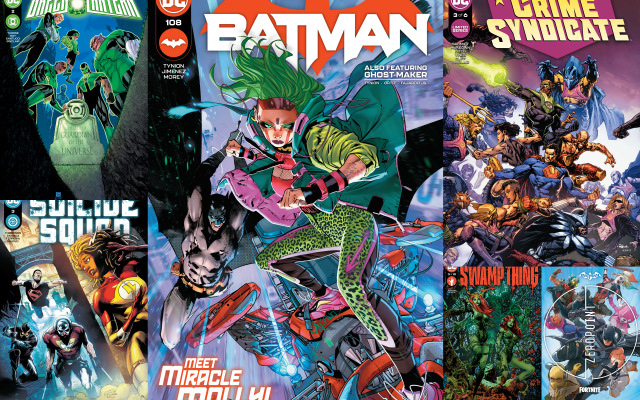 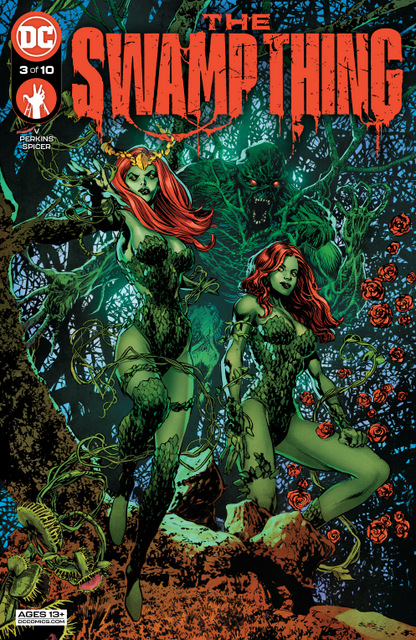 I wasn’t expecting Swamp Thing to be one of the more intriguing titles in the Infinite Frontier era, but it’s consistently delivered a unique flavor to the DC landscape.

In this issue, Levi Kamei is still seeking answers for his sudden transformations into the Swamp Thing. In this latest trek through The Green, Levi meets a familiar face — Ivy, no Poison Ivy, just Ivy.

Writer Ram V rekindles that sense of mystery Poison Ivy had when her link to the green was being teased stronger. Ivy is in a weird character space as she’s romantically linked with Harley Quinn, the other side of the spectrum in terms of serious DC characters. Ivy has gone through various metamorphosis over the years with as her personality is based on the whims of the writer for that moment. Ram V injects more of that sense of danger and mystique back to Ivy.

In another section of The Green, Levi’s friend, Jennifer Reece, has also found herself in The Green and she’s greeted by another character with deep connections to Swamp Thing. And that’s all before a very familiar face enters the scene.

Artist Mike Perkins is right at home crafting the moody, atmospheric style of Swamp Thing. Perkins’ strengths are not in dramatic action sequences and Swamp Thing allows him to simply tell a story with all the appropriate emotional cues.

The cliffhanger at the end of this issue sets the stage for some potential major questions being resolved. This creative team is doing some compelling work here and Swamp Thing is emerging as a real contender.