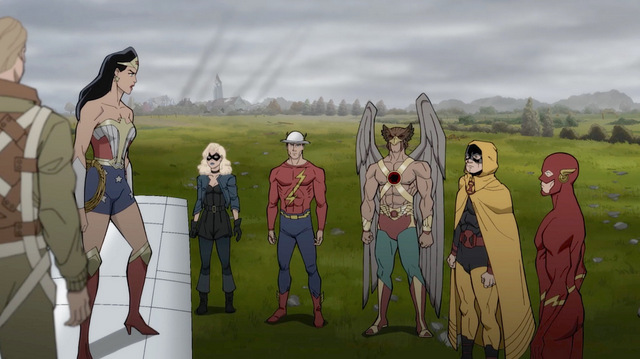 Justice Society: World War II isn’t so much a bad idea as it is a misguided bait and switch that does little to showcase its title characters.

The Justice Society of America is a team that hasn’t gotten a ton of love in the animated department. At best the team got paid homage in a memorable episode of Justice League.

With The CW’s Stargirl essentially serving as a JSA primer and Dwayne Johnson’s Black Adam introducing the team on the big screen, this seemed an ideal time to spotlight the team in their own animated movie. 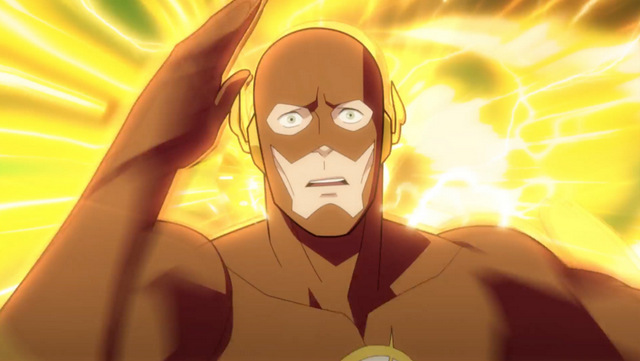 And maybe catch a glimpse of the newish hero Superman (Darren Criss, Superman: Man of Tomorrow). Their impromptu team up ends up sending Barry to the past in the midst of World War II.

While battling Nazis isn’t an overwhelming prospect for a man with super speed, he won’t have to do it alone as this era has its own heroes in the Justice Society.

The Justice Society debuted in comics form in 1940 with most of the major DC heroes of that era save for Superman, Batman and Wonder Woman. Still, there were more than enough heroes to easily allow for eight founding members and dozens more would eventually join their ranks. 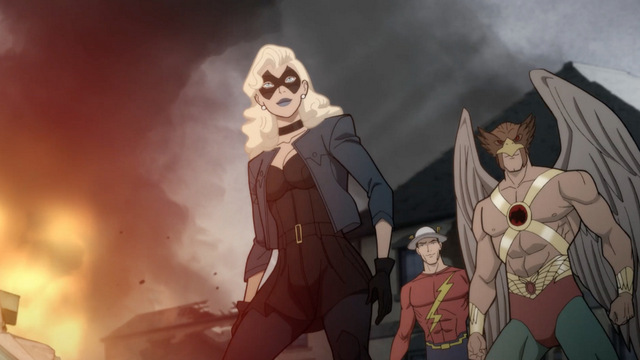 In this new continuity, it’s Wonder Woman’s boyfriend, Steve Trevor (Chris Diamantopoulos), suggests the creation of the team. This makes Steve a focal point of the film despite being heavily featured in two separate Wonder Woman live action and animated films.

One of the biggest issues is throwing Barry Allen into the mix. Wonder Woman is already the gateway character for audiences unfamiliar with the JSA and between Barry, Wonder Woman and Steve there’s not much screen time left for the rest of the JSA besides supporting roles. And far less room for character development.

While the filmmakers resist the urge to toss Batman into the mix, the JSA very much feel like background characters in their own film. That’s before the late arrival of Aquaman (Liam McIntyre, The Flash), who was never featured in any classic iteration of JSA. 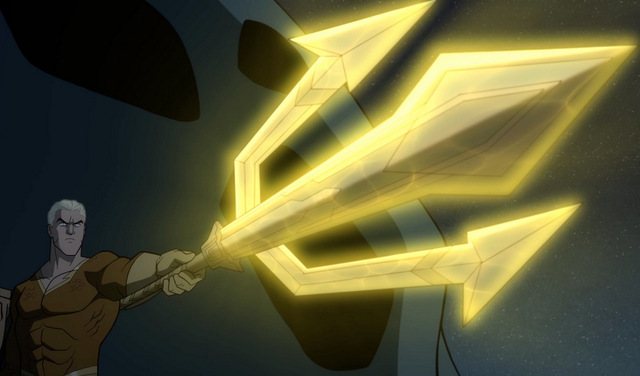 That’s a shame since Wonder Woman, The Flash, Aquaman and Superman will undoubtedly be featured in numerous animated films compared to this likely one and done JSA appearance.

Period films that throw out any kind of basic historical context are worthless if the writers decide a modern approach makes more sense. At least no one pulled out a cell phone to determine Nazi positions.

The JSA dismissively opt against calling Barry by his alias and instead dub him Future Boy. Adams and Fitzmartin’s JSA would fit in perfectly fine in 2021 with their attitudes and portrayals.

There’s a few Easter Eggs that ultimately don’t mean a lot as they’re split evenly between the JSA and Justice League.

The final act falls flat thanks to a hastily introduced villain and a recycled plot from a previous Justice League film.

There’s also a few casualties to ensure viewers know to take this seriously. One lacks sufficient weight thanks to understated development while another seems more geared towards motivating Flash than anything else.

One area that has remained consistent from the start of the Warner Bros. Animation DC films is the voice performances. Katic gives Wonder Woman a regal European accent with a nice blend of authority and warmth. 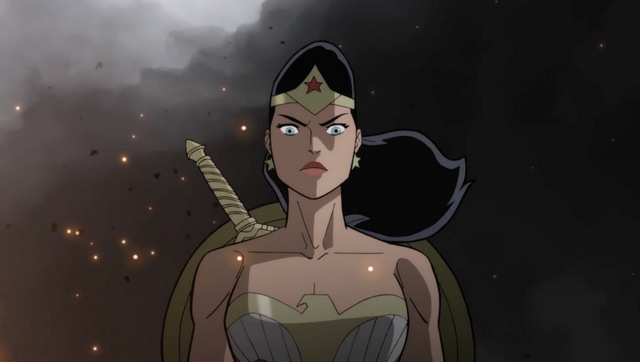 Director Jeff Wamester retains the same visual style as Superman: Man of Tomorrow with heavy cell shading. It’s a stark difference from the new 52 style and has more of a classic look.

Animation flows smoothly and the action sequences are well done. Watching Wonder Woman in action rarely gets old although it would have been nice to see other JSA heavy hitters like Green Lantern, Dr. Fate and The Spectre in action. 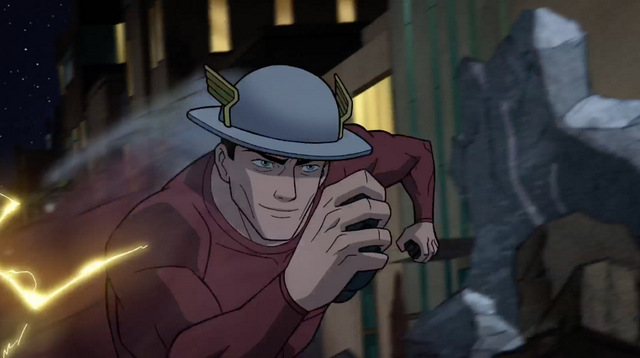 Maybe the biggest surprise is the bonus feature — a showcase short on Kamandi, the last boy on Earth. The character designs are impressively styled to match the look of Kamandi creator Jack Kirby. While the story is basic, screenwriter Paul Giacoppo definitely captures the flavor of a Kamandi issue.

Cameron Monaghan (Gotham) voices Kamandi and provides a good youthful, but heroic presence. Director Matt Peters does solid work keeping the short moving while still giving most of the main characters a spotlight. I came away wanting more Kamandi installments than a Justice Society sequel. 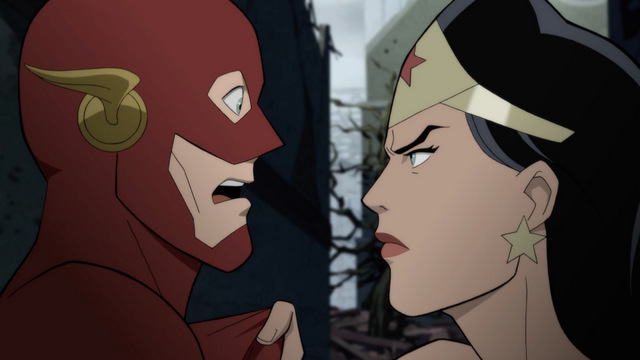 It’s a shame Justice Society: World War II wasn’t treated more like a JSA film instead of the next installment of Wonder Woman and a Justice League origin. There was potential here, but it’s squandered for the inevitable next step in this current direction.