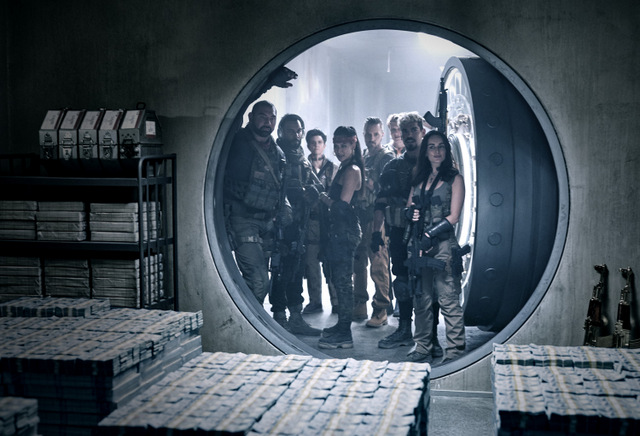 All I really needed to hear about Army of the Dead was the words ‘zombie tiger’ and I was ready to cash all my chips in.

OK, make that the second thing I needed to know about this Netflix film. The first is Zack Snyder returning to helm another zombie film after his original breakout hit, the 2004 Dawn of the Dead remake.

Zombie films were becoming the…rage again, but Snyder’s film brought the terror, carnage and blood with some exceptional character work from a terrific ensemble.

Army of the Dead is a mix of Aliens and Ocean’s 11 thrown into a zombie cocktail and this drink has plenty of bite. 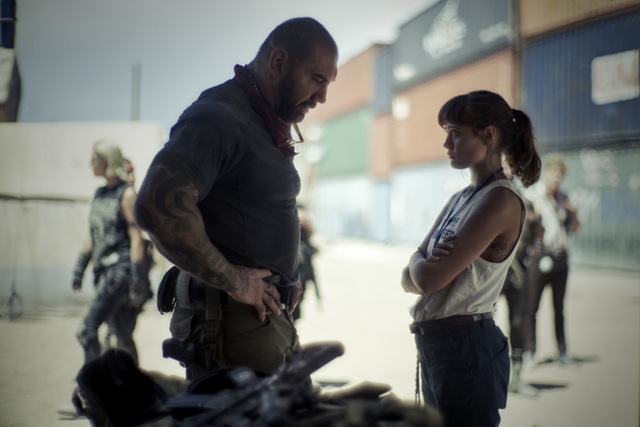 In a completely understandable move, the US has walled up Vegas to keep the zombies from spreading further throughout the country. Or in other words, what happened in Vegas absolutely must stay in Vegas. But just to be sure, a nuke is going to be unleashed on the Fourth of July. Talk about a fireworks show. 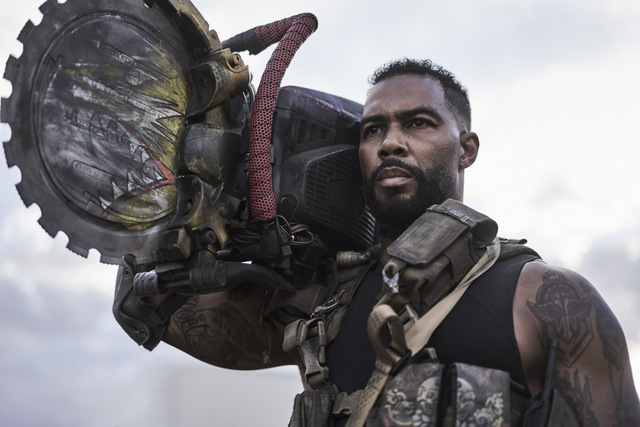 Scott calls in his old surviving crew members, Vanderohe (Omari Hardwick, Power) and Maria (Ana de la Reguera, Goliath). They get the majority of the share of Tanaka’s cut and whoever else they recruit gets paid on a need to know basis. Scott and Maria find an eclectic group from German safecracker Dieter (Mattias Schweighöfer), streaming sharpshooter Guzman (Raúl Castillo) and helicopter pilot Marianne (Tig Notaro).

Complicating things is Scott’s estranged daughter, Kate (Ella Purnell), who wants to get into Vegas for her own motives. And Tanaka’s clearly shady security head Martin (Fear the Walking Dead‘s Garrett Dillahunt in some phenomenal meta casting) comes along for the ride too. 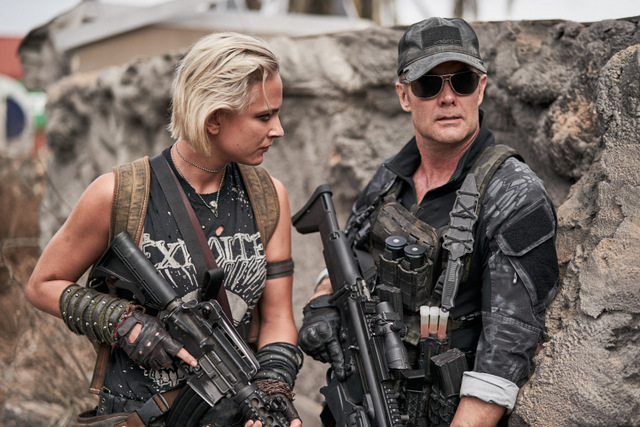 Snyder and co-screenwriters Shay Hatten and Joby Harold probably do too good a job developing the ensemble. It’s a zombie movie so going in you know the likelihood of your favorite characters seeing the end credits is  slim. The bigger “problem” here is the lack of a hierarchy with the deaths as some of the more interesting characters get taken out too soon.

Bautista has tried hard to not get typecast as the big muscle head. It’s a commendable effort, but this is so clearly his lane that he should just stop fighting it. He’s able to convey the right amount of warmth and vulnerability so he’s not a robot while looking like he could run through a wall. 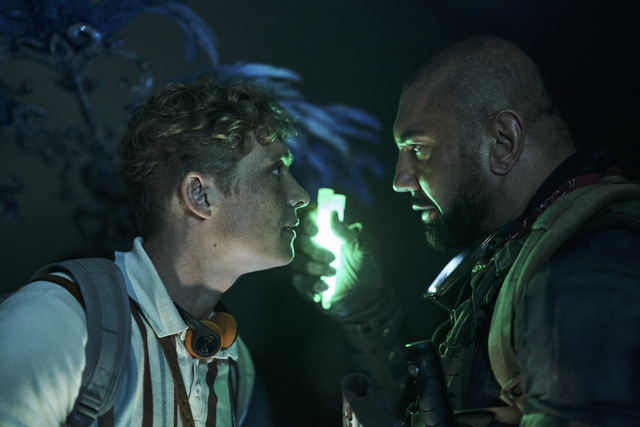 Hardwick and Schweighöfer make for a fun pairing and this is definitely one of those cases where a little Walking Dead bulletproof cloak of invulnerability would be welcome.

Notaro stands out in the wrong way. She was digitally inserted to replace Chris D’Elia following his removal after sexual harassment claims came back to bite him worse than any zombie. 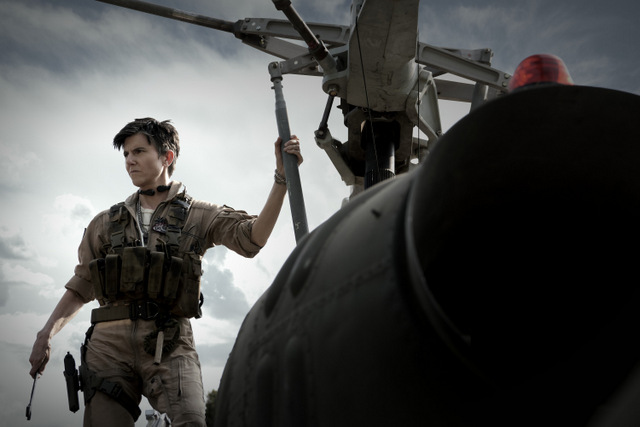 Notaro has a rough challenge of never actually appearing with the rest of the cast and frequently seems to be off tone — yelling through scenes that don’t require it and overacting in moments that call for a lighter touch. This is a tough ask of Notaro to come on set without benefit of working with the rest of the cast and just delivers the dialogue with the hope it flows in smoothly.

Structurally, the screenwriters get the essential development and dialogue out of the way in the first half. Establishing and creating memorable moments with the ensemble playing off each other isn’t as essential in the action heavy second half when it’s all carnage and gunfire.

And what glorious carnage and gunfire ensues. Snyder knows all about delivering on epic action scenes whether it’s with Superman, Batman and Wonder Woman or regular folks fighting zombies. 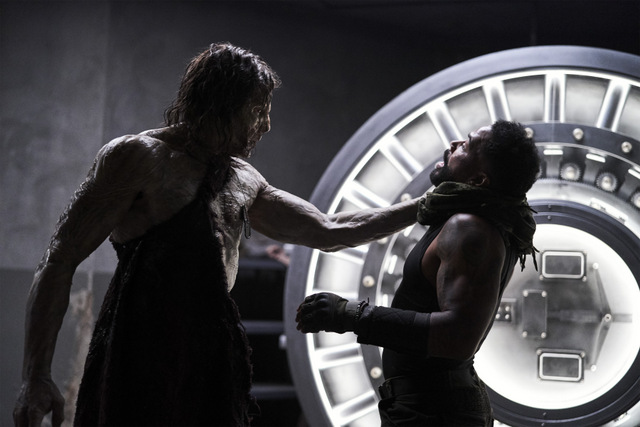 This iteration of zombie is a lot smarter than the normal slow plodding ones as they take active roles in their survival by doing revolutionary (for zombie) tactics like dodging, bobbing and weaving or straight up wearing armor plated helmets to avoid headshots. That allows for some spectacle shootouts, explosions and craziness.

Clocking in at two and a half hours, the film does feel a little long at random points. There’s clearly some excess that could have been trimmed to move the film along more efficiently specifically what feels like the extended cut segments of the super zombie strand. 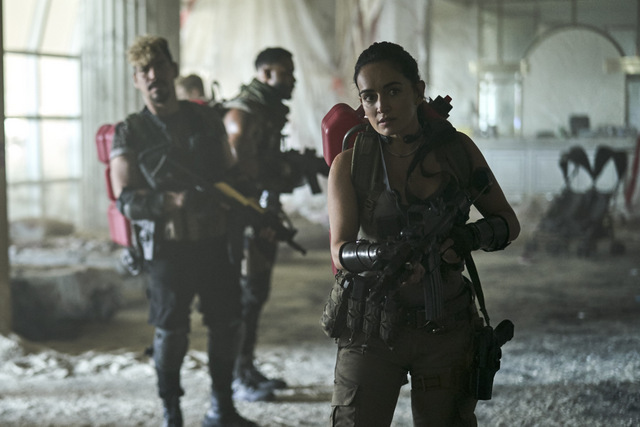 This is the downside to all the editing drama Snyder endured on Warner Bros. films where now he’s more protective over every minute even when slight cuts would greatly aid in the pacing.

So how does this match up with Snyder’s Dawn of the Dead? Snyder allowed for a more optimistic ending with DOD, which felt like the right note for the overall fun tone.

Army of the Dead is the introduction to a new Netflix franchise with another pair of standalone prequels in the works along with an animated series. 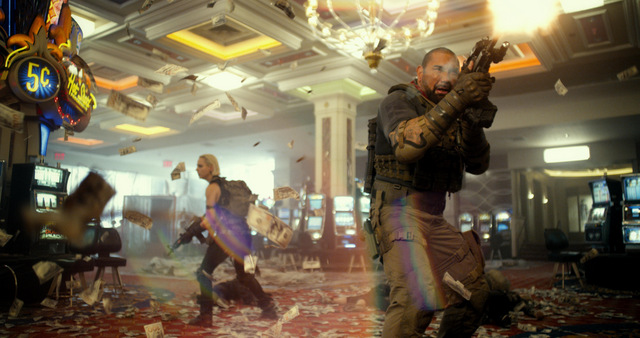 For those characters that survive, the future in the Army of the Dead is brighter than the former bright neon lights in Vegas.