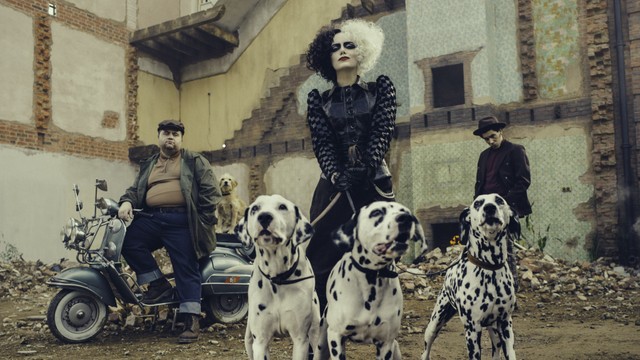 Cruella de Vil is one of Disney’s iconic vintage villains. After the massive box office success of fellow fiend Maleficent, it was just a matter of time before Cruella got her own feature film.

Like Maleficent, Cruella hopes to validate the villain with an origin tale that explains how she was born bad and a little bit mad. 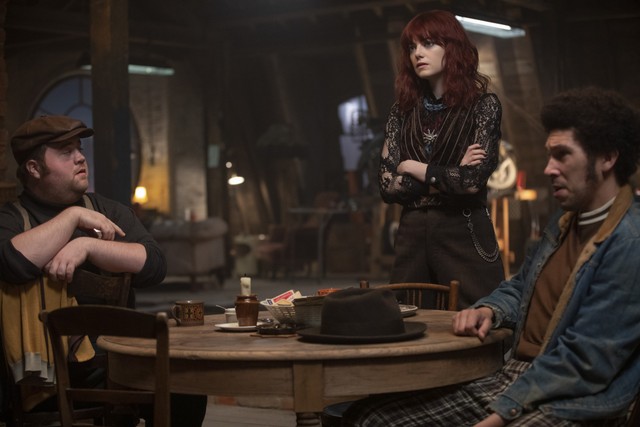 Estella has never managed to quell her love for fashion designing, which she taps into by creating elaborate disguises for her pals on their gigs. In a rare moment of good fortune, Estella gets a gig with esteemed fashion designer The Baroness von Hellman (Emma Thompson, Last Christmas).

Screenwriters Dana Fox (Isn’t It Romantic) and Tony McNamara (The Favourite) waste little time establishing a dynamic similar to The Devil Wears Prada with The Baroness standing in for Meryl Streep’s abusive and demeaning boss. 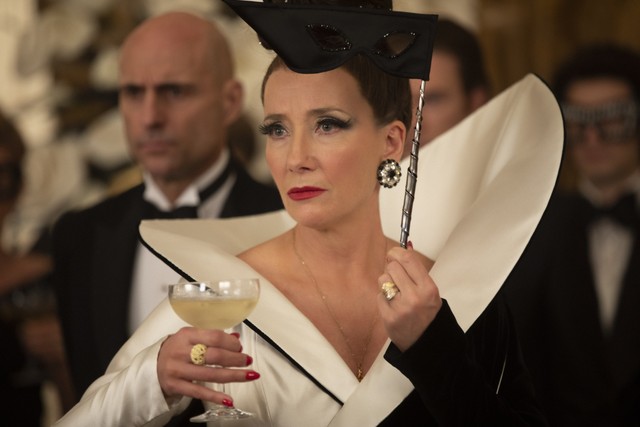 This isn’t a tough ask for Thompson, who gives the role the proper coldness and dismissive attitude to truly make The Baroness a loathsome character. Stone’s default on-screen persona seems to be the meek, eager to please character that would get steamrolled by The Baroness.

Fortunately, this homage doesn’t drag on too long as Estella learns a secret and declares war on The Baroness as her Sasha Fierce style alter ego Cruella. That’s not a bad way to mark the personality shift while crafting a comic book origin. And as a bonus, it allows Stone to vamp it up like a snake poised and ready to strike at any moment.

Stone is having a ball and it’s always fun seeing her play against type where she can just chew scenery.

It’s in these scenes where Director Craig Gillespie (I, Tonya) seems to have the most fun. Cruella stages these elaborate ways to upstage The Baroness with help from fellow designer, Artie (John McCrea) and a young photographer (Kirby Howell-Baptiste). 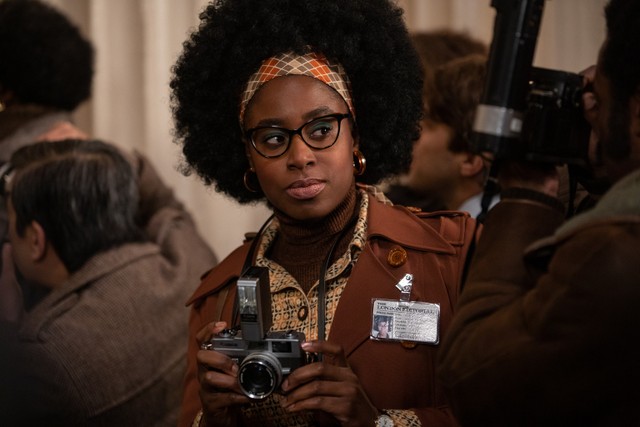 A fashion rivalry set in the uninhibited 1970s where costume designer Jenny Beavan can fill a catwalk with incredible outfits is really all Cruella needed. This is where Cruella is at its stylish and most daring.

Maybe the film’s biggest problem is it doesn’t feel geared for kids, but their parents and possibly grandparents. There’s some goofier, family-focused moments, but much of Cruella touches on darker thematic elements that would make for some very awkward conversations with the kids.

The soundtrack is overstuffed with classic 70s hits. This makes for a catchy, audience-friendly track listing, but Gillespie gets too reliant on them and at times the film feels like the video for his playlist instead of accompanying background music. In some instances the song doesn’t quite match up with the events on screen either. 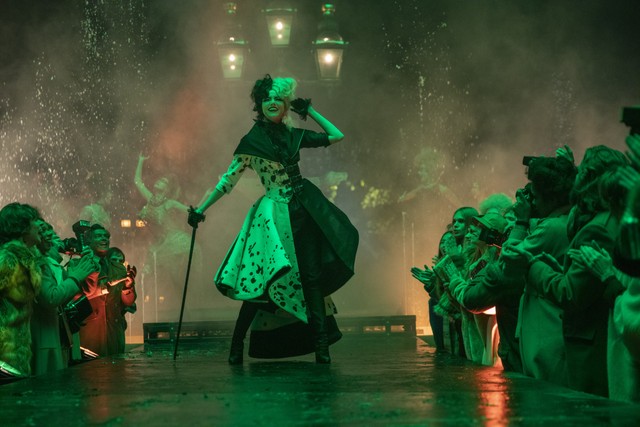 Another issue is the length. It’s so long that Zack Snyder would watch it and think it could use some extensive cuts. Some of that is simply Gillespie establishing basic facts early on — The Baroness does not care about anyone — and continually reinforces that throughout the film.

Ultimately, that’s what makes Cruella such a tough watch. There’s a far better than expected origin story for a villain than some other recent films. It just buried under too many repetitive and unnecessary scenes. If this were cut to 90- to 100-minutes maybe it’d be worth watching. 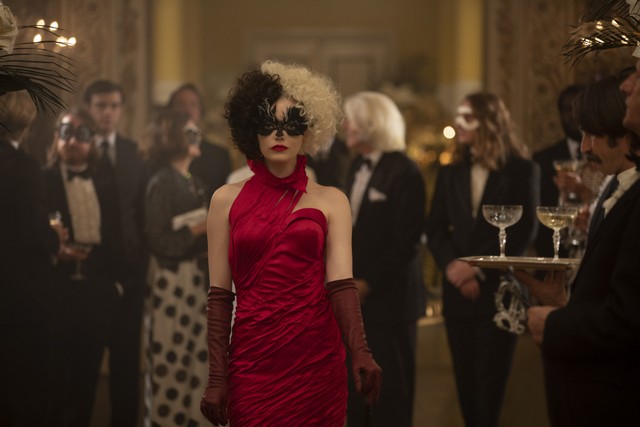 Stone and Thompson’s performances and the costume designs offer some tasty ingredients. But ultimately Cruella feels more like a calculated effort to establish a franchise few wanted.

Cruella is available to watch in theaters and on Disney+ for a premium price.