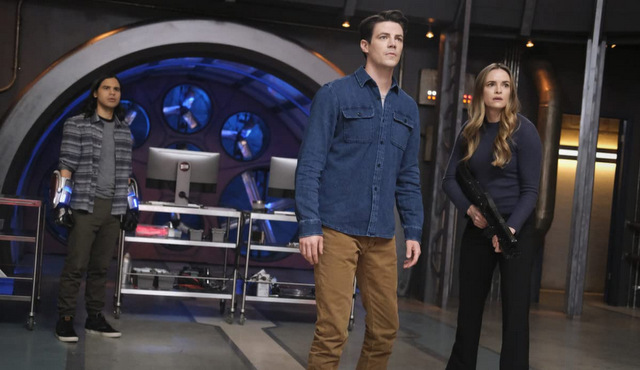 Family Matters takes The Flash back on its questionable plot loop that now feels more stuck in place than anything else happening with Barry and crew.

Nora wants to connect with Deon now saying they’re siblings with a common enemy — their father, Barry. Oh boy. This sounds like a terrible idea. One quick way to make everyone feel old and age the characters up prematurely? Make them parents.

It’s worse with The Flash since Barry and Iris aren’t even going through the regular progression. It’s all skip right through pregnancy, early childhood, teenager phase and fast forward to adulthood. Maybe you could get away with that one time, but that card’s already been cashed in with Nora (the future child version). 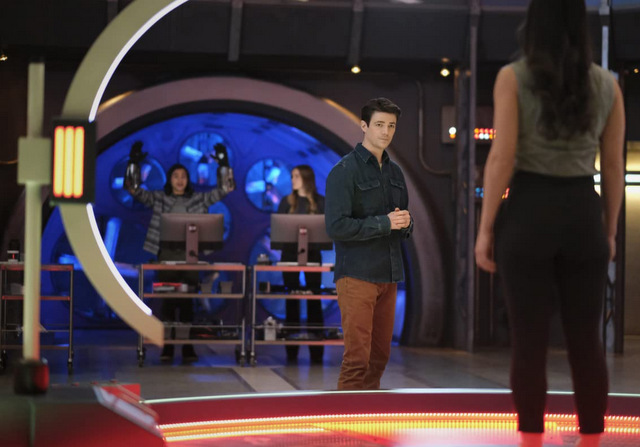 Now we’ve got Nora (the mother template, that is needlessly confusing), Alexa, Deon and Psyche feeling in some way like they’re Barry and Iris’ kids. It just feels goofy. If they want to pretend to be parents so bad there’s things they could do to…actually be parents.

Most of the episode than focuses on Barry pressuring Alexa to get control over Fuerza so they can stop Psyche. It’s always weird when Cisco has to explain to a character that he’s given their alter ego a name.

Barry keeps pressing because Barry apparently has no patience and just does whatever the heck he wants to do these days. So naturally, he drives her off and Caitlin guilts him into not being as patient as Thawne was with him when he got his powers. Yeah, but that’s because Thawne had an evil plan, Caitlin.

Caitlin does offer some useful help for Alexa by way of the device she used to initially communicate with Frost. Is this more of a plot recycle or a sensible callback to something that already worked?

Of course Barry can’t stop Psyche prompting Alexa to bring Fuerza into the showdown. Fuerza’s CGI looks pretty terrible and she barely seems like she’s on the same plane with Psyche’s CGI tentacles. Ultimately, Psyche gets worn down by all the talk of family, which admittedly is enough to take the fight out of anyone. This whole family bond unit deal feels incredibly unearned and cheap.

Kamilla wants to head out to Miami after she and Cisco leave Central City. This makes Cisco sad as he’s not emotionally ready to move on from the STAR Labs gang, but also doesn’t want to be left behind either. No danger of that Mr. Ramon. If anything you might need to label your stuff so the 24 new members of Team Flash don’t grab it.

Kramer is sticking around longer now. They’d written her off just fine. Did she need to come back? And now she’s tracking down people who worked on meta cases. And to further complicate things she’s got hardware and ammunition to take meta human’s abilities away. Kramer is probably a better season villain than any other option since she’s actively acting like the worst.

I hate the random government agent who just pops up to be a nuisance for no good reason. It’s Season 7! How about coming around when STAR Labs unleashed a device that triggered powers and created meta humans throughout the city? Joe wants to find some dirt, but Cecile actually gives him some advice this time.

But once again proving Cecile is the least convincing attorney ever, Joe takes a stand by quitting the department leaving his officers with a sub in Kramer. How does this kneejerk response help Barry and company? This didn’t make any sense.

And speaking of sensible things, Deon and Nora teleport into STAR Labs so Nora can zap everyone but Barry. Did she “kill” them? Who knows. We’re gonna have to wait until the second chapter of Family Matters arrives.

This episode felt all over the place and the second part is in a bad spot of trying to fix some of the questionable choices set up here.

Check out Season 6 of The Flash now on sale at Amazon.