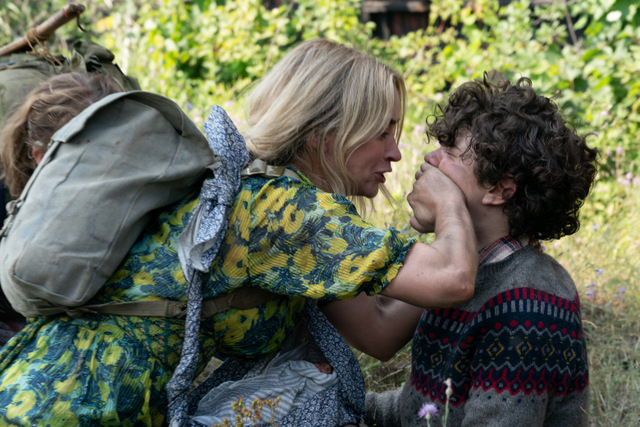 A Quiet Place Part II had an uphill battle matching its predecessor. It trades in some of the more cerebral elements of the original to go bigger on the action spectacle, which depending on your appetite will be a fair exchange. Turns out I prefer the market price thriller over the buffet style action approach.

The first film had a revelatory and smart thriller rule — don’t make a sound or the most hypersonic aliens will maul you to death. This goes against the norm for most horror thrillers as characters are just inherently noisy and stupid. That wasn’t the case with the original where the characters took exceedingly great pains to be church mice. 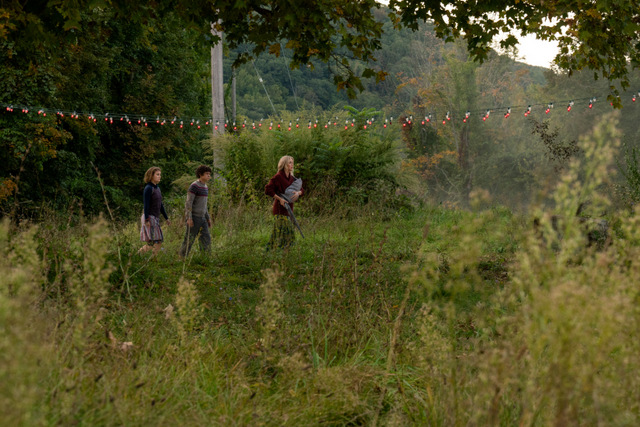 For the sequel, director/writer/actor John Krasinski takes the James Cameron blueprint for The Terminator: more, more and more is better. In this case that means the characters have to behave stupidly — like they would in a basic horror movie — in order to raise the dramatic stakes and attract a seemingly inexhaustible  amount of aliens.

For a one and done film, killing off the father, Lee Abbott (Krasinski), felt like a sensible conclusion. With the framework of a sequel, the loss of Lee feels more pronounced.

This would have been fine if matriarch Evelyn (Emily Blunt) took on a larger focus in protecting the children, Regan (Millicent Simmonds), Marcus (Noah Jupe) and the new baby.

Instead, Evelyn asks former neighbor Emmett (Cillian Murphy, Dunkirk) to serve as a surrogate protector figure. It was understandable that Lee would do whatever to keep his family safe, but Emmett has legit concerns about aiding the Abbotts after already losing his family. 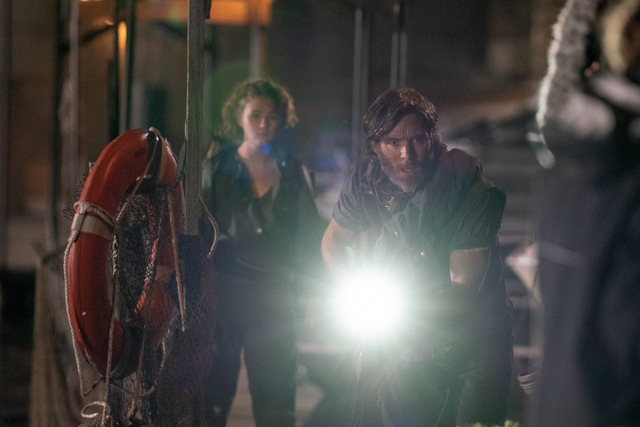 Regardless, Emmett does end up rolling with Regan on her quest to find other survivors. This leads to some tense encounters with the creatures, a run-in with a group of weirdos on a pier and a peaceful community destined for disaster in large part due to Emmett and Regan.

Ideally, this trek would have been Lee and Regan as it would have allowed the possibility of Lee getting killed on this endeavor. To a degree, Emmett has to be bulletproof and there’s zero chance that the courageous hearing impaired girl is getting killed.

Krasinski navigates that challenge by introducing new threats — a random group of silent strangers (led by Scoot McNairy) and a community led by Djimon Hounsou (Invincible) — to offer some other alien targets.

McNairy (Once Upon a Time…In Hollywood) felt wasted since one of his strengths as a performer is playing easily rattled and distressed characters. Hounsou at least gets a significant cameo, but I wish he were involved much earlier. 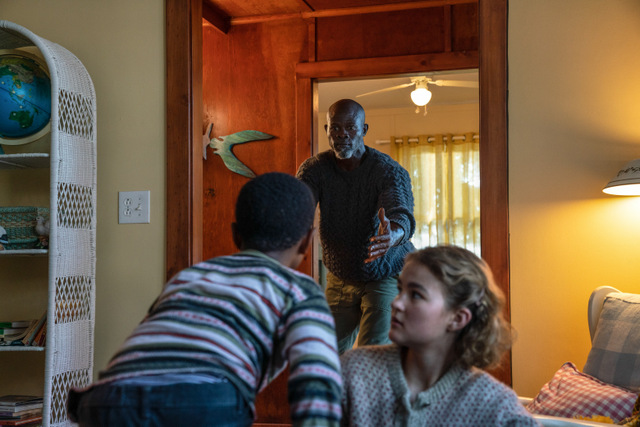 Meanwhile, Evelyn stays at the sanctuary to keep the baby calm and deal with an injured Marcus. Eventually she needs to make a supply run prompting Marcus to make a series of idiotic choices. Granted, kids can be stupid, but Marcus’ decisions came off lazy and a cheap way to spark the Evelyn/Marcus crisis.

Krasinski might take shortcuts to get the aliens involved, but once that happens, he’s able to get the film back on track. The  ominous sense of dread and uneasiness never fully leaves and Krasinski knows how to maximize the suspense.

He masterfully toys with viewer expectations in building the tension so every little sound could be a blaring ring tone triggering another massacre. And in a clever way to convey the world as Regan hears it, Krasinski will occasionally drop all sound with no teases of pending problems.

In the stunning opening sequence, a flashback looks at how Lee and Evelyn’s quaint town gets upended by the arrival of the alien invaders. It’s a brilliant start that tips off Krasinski’s intentions with the sequel — the more characters that are around, the higher the body count. 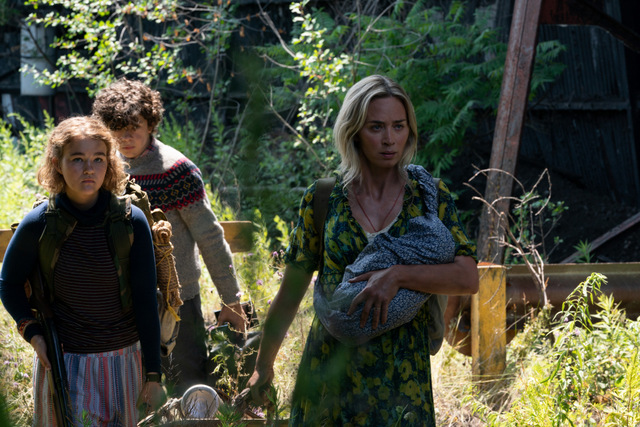 Despite the onslaught, one key component of the original remains intact with excellent performances. Blunt, Simmonds and Jupe have the family bond down and Murphy gets to play against type and not be the weird, quirky or villain character. The personal dynamics continue to guide the film even as the cast expands.

Late in the film, a pretty major bombshell is revealed about dealing with the aliens. There’s a reasonable explanation why this secret hasn’t been widespread, but it also raised a slew of questions that hopefully will get addressed in the third installment.

A Quiet Place Part II is fine ditching a few logic points to raise the spectacle. It’s not the ideal trade-off since the first showed it is capable to be smart and suspenseful, but at least the thrills and performances still deliver.

You can buy the original film now on Amazon.