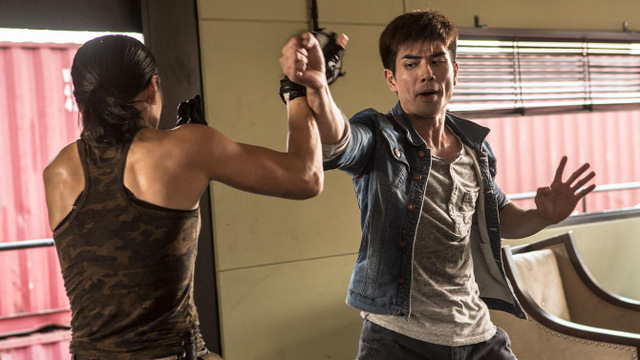 The leads have the right amount of chemistry and the simplistic plot and short running time set the stage for an easy ride.

Unfortunately, the screenwriters won’t just settle for the easy layup and make the film far more complicated than necessary.

The main problem with the film, originally released in 2019 as Undercover vs. Undercover, is the constantly shifting tone. This is the downside, assuming there could ever be one, of having seven credited screenwriters. 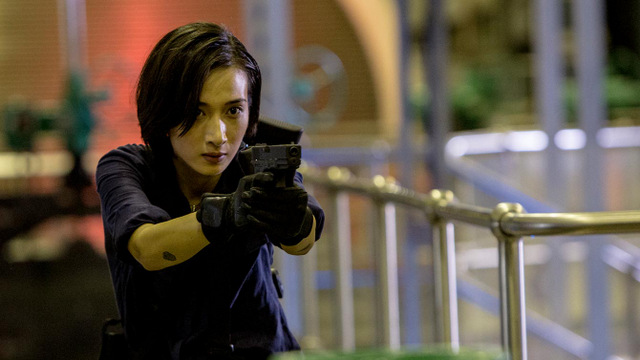 Far too often it feels like the screenwriters operated in their own silos — group project style — and just combined their efforts at the end.

Some writers favor the straightforward approach that’s the smartest fit for the film.

Undercover policeman Wu (Philip Ng) has infiltrated a meth ring with hopes of taking it down from the inside. The only catch is his drug dealing boss gets ambushed in a deal gone bad and now is tasked with keeping the organization running.

That gets further complicated once the smuggler Ha (Andy On), himself a former special task force operative, recruits Wu to hand over the secret of the meth lab. 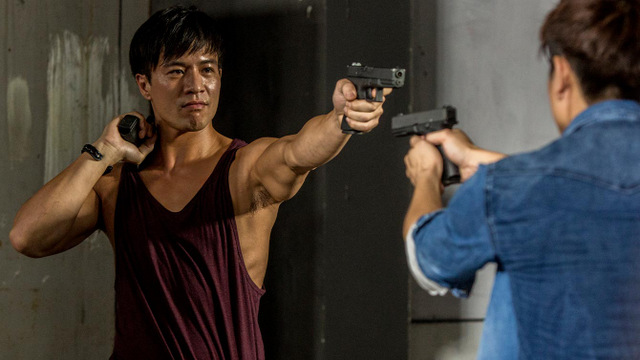 Ha’s former associates, Magnum (Chui Shuai) and Eva (Joyce Feng Wen-Juan), are looking for payback and want Wu’s help in bringing him to justice for their law enforcement agency Trident.

That works for a strong enough frame work to carry the film from fight scene to fight scene. And if the film just used that plot, it would have been just fine.

Some other writers seem to think there wasn’t enough chaotic elements and decide forcing awkward comedy and poorly defined supporting characters is the best way to go. The biggest culprit for the ill-fitting comedy is Wu’s best friend, Tiger (Vanness Wu).

Tiger is written like a hyperactive preteen hopped up on way too much sugar. And his comic relief is often more in need of saving than any efforts he makes to relieve the tension.

He comes off like a character inserted into the film with no context of how that would alter anything. At the very least, Tiger is useful when a fight breaks out so it’s easy to see why Wu wants to keep his pal around.

The overall lack of flow keeps dragging the film down just as it’s starting to gain some momentum.

Directors Lui Koon-nam and Frankie Tam Kwong-yuen seem unsure of how to navigate the film. Do they want a more slapstick style action comedy or do they want a serious gangster film where surprising innocents get killed by vicious assassins?

With this kind of film, trying to find a middle ground is the worst possible option as it allows the directors to see saw on the tone depending on their mood. The whiplash from comedy to brutal action to slapstick to ridiculously unearned melodrama makes for a disjointed and messy presentation.

Ha raises the stakes by kidnapping Wu’s girlfriend, who was such a non-factor early in the film it was hard to tell if Wu was really into her or if she was just another layer of his undercover gig. 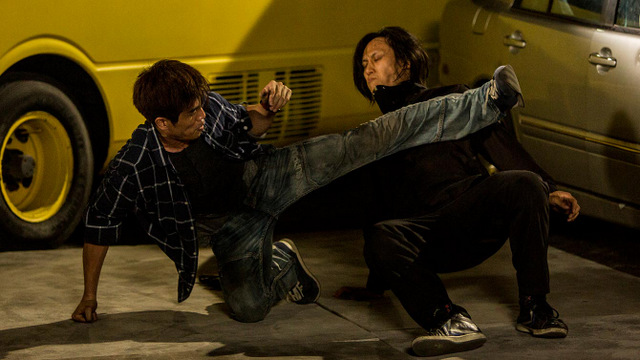 Somehow, the action scenes almost make up for all of the rest of the foolishness. Ng does double duty as the stunt coordinator and he delivers some impressive sequences. The fights are thankfully free of slow-motion and quick edits allowing for easy comprehension and appreciation of the action.

It’s a benefit that the fisticuffs are so well done as the budget doesn’t always allow for the most convincing special effects.
CGI explosions on Ha’s freighter look cheap, bullet holes don’t always line up correctly from the impact shot and there’s an odd lack of blood considering the amount of gunfire and edged weapon battles.

Undercover Punch & Gun really could have been a fun easy recommendation action flick, but the slapped together script and inconsistent tone prove a far more effective knockout combo than any spin kick.

You can order Undercover Punch & Gun now on Amazon.