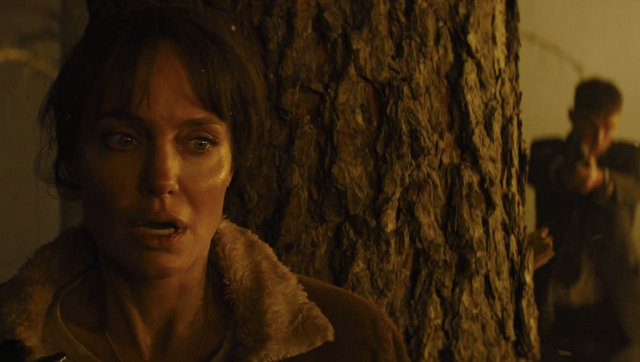 Those Who Wish Me Dead is a film with plenty of sparks that doesn’t fully ignite into a satisfying thriller.

It’s a film of stops and starts where subplots are switched out just as they get interesting. There’s enough here to retain your interest, but considering the pedigree of the filmmakers and cast it’s fair to say it could have been better than good enough.

Angelina Jolie (Come Away) stars as Hannah, a smokejumper traumatized from her last command assignment that resulted in several casualties. Like any good tormented and broken hero in need of a cause, Hannah is on a self destructive path taking crazy risks like parachuting off a truck in the Montana wilderness. 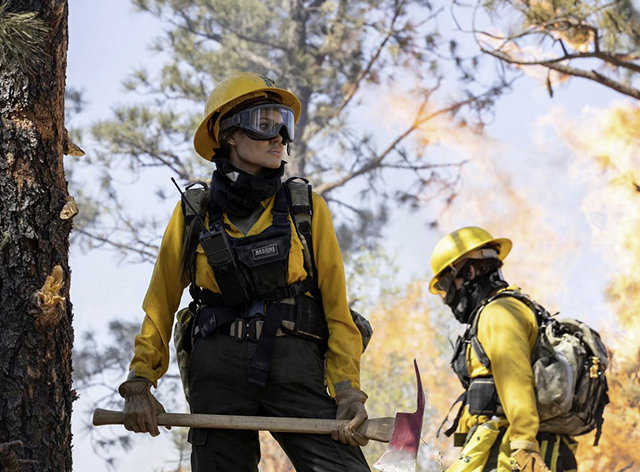 While her fellow smokejumpers are fine with her antics, Hannah’s ex and town sheriff, Ethan (Jon Bernthal, The Punisher), doesn’t want to see her crash and burn.

Jolie was the female action star of the 2000s. She had a sleekness to her physical movements that gave her fight scenes more credibility than Matt Damon’s heavily edited Jason Bourne. It’s an arena she could have easily thrived in through the 2010s a la Tom Cruise.

While Jolie has been fine in more dramatic efforts and the Maleficent franchise allowed her to have some fun in the fantasy genre, Dead offers Jolie more of a throwback action hero role.

Director/co-writer Taylor Sheridan has shown the ability to reach an elite level in crafting complex, layered characters in films like Sicario and Hell or High Water. Sheridan has the ingredients here and sets up an intriguing character collision with the combustible elements on the board.

Trouble is heading Hannah’s way as a pair of assassins, Jack (Aidan Gillen) and Patrick (Nicholas Hoult), are gunning for an accountant, Owen (Jake Weber, Dawn of the Dead), and his son, Connor (Finn Little).

Gillen (Game of Thrones) is essentially typecast as a villain, but playing a cold-blooded killer was a nice change of pace for Hoult (X-Men: Dark Phoenix). As assassins go, they’re pretty ruthless and do their part to encourage viewers not to be Good Samaritans.

Hannah stumbles onto Connor and her protective instincts kick in. And if saving Connor can help Hannah overcome the memory of her earlier professional tragedy all the better. 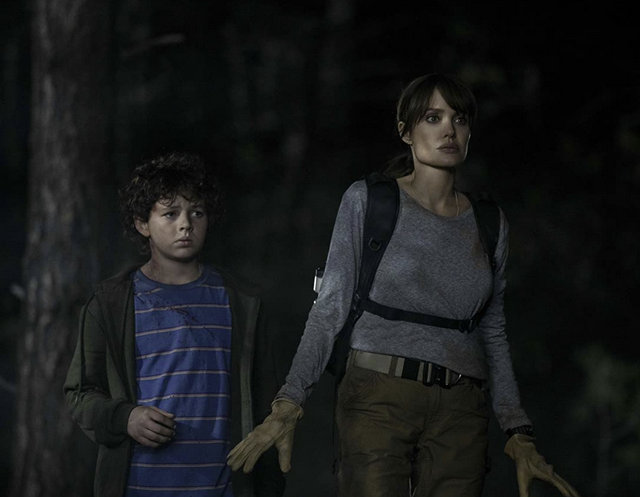 Sheridan and co-screenwriter Charles Leavitt adapt Michael Koryta’s 2015 novel. Koryta also served as a screenwriter, but it still feels like something was lost in the translation to the big screen.

The biggest is the vague nature of what Owen discovered, who would be affected and why it’s so incriminating that serious power players would encourage the hitmen to recklessly take out anyone in their path to keep it from getting released to the public.

There’s even a random appearance from Tyler Perry as Jack and Patrick’s shady boss, who may or may not have government ties. Again, this is part of that vague aspect of the script that never gets addressed. It’s the kind of layer that would mean more with a payoff. Without one, it just feels like superfluous details that just waste screen time.

And if the real key was to just get it out to the masses why did Owen not immediately go to several news stations and just spread the word? That seems a more effective strategy than an extended road trip and hoping for the best.

Jack’s decision to distract the authorities from their sloppy path of tracking Connor by igniting a forest fire seemed like the most over the top nuclear option.

Let’s ignore the likelihood that creating a brushfire could potentially prevent their escape, but it could also put Connor around more people as they congregate to get away from the fire. And of course, sparking the fire was an awkward way to make Hannah confront her trauma head on.

So yeah, there’s some significant plot holes with this one. Sheridan is able to keep the film moving at a quick enough clip that these flaws are more afterthoughts than issues that take you out of the movie right at that moment.

It’s brutal, but Sheridan does put together some highly effective action sequences. Sheridan gives weight to the violence without shying away, occasionally making for some uncomfortable moments.

I wish Patrick and Jack had more backup so Hannah could take out more bad guys over the course of the film. Ethan’s wife, Allison (Medina Senghore, Blindspot), is quietly the film’s MVP in bucking action movie clichés.

Director of Photography Ben Richardson (Beasts of the Southern Wild) does some incredible work showcasing the natural beauty of the Montana forestry with its scenic treetop views and overall ambiance. Richardson then tackles more exciting visuals like a lightning storm and the orange hue of the inferno lighting through the dark forest.

It’s a weird complaint, but Those Who Wish Me Dead suffers from having too many strong characters. In a traditional film, the focus would be entirely on Hannah’s efforts to keep Connor safe.

By divvying up the spotlight between Hannah & Connor, Jack & Patrick, Ethan and Allison, the film feels more like an ensemble so Hannah’s arc doesn’t feel as satisfactory as intended.

Given the quality of the cast, it’s easy to see why Sheridan went that route. Bernthal has too much charisma for an understated supporting role. Senghore essentially has four major scenes, but she is so compelling in them it feels like she needed more scenes.

Gillen and Hoult play off each other well as highly skilled hitman who’ve checked their feelings at the door. Little is thankfully low key and not trying to play the cute kid.

It almost feels like a waste of an inspired and game Jolie performance as she seems more engaged and into this role than any she’s had in years. 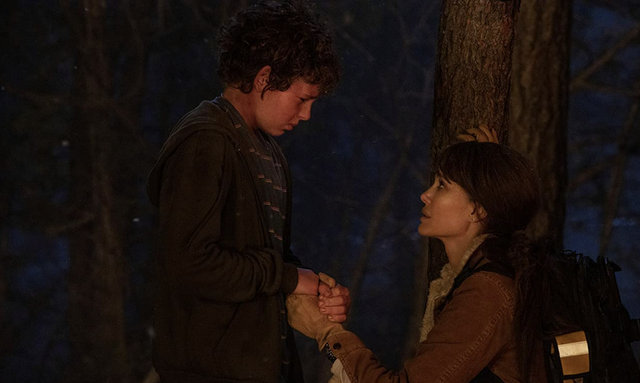 Those Who Wish Me Dead has enough going for it to make for an easy enough watch, but there’s definitely a sense that it could have been even more compelling with some script tweaks.