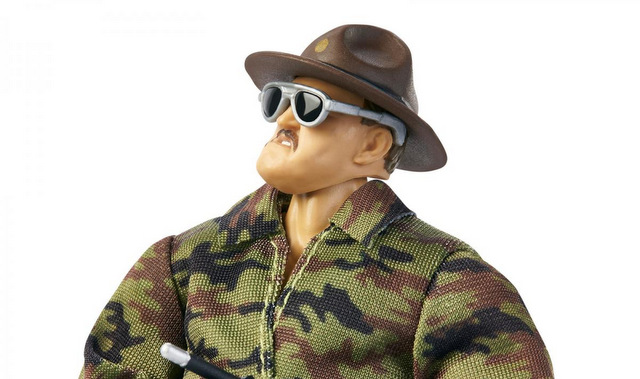 Well, this was a pleasant surprise. Today, Mattel revealed the first of what should be several reveals over the course of the next two weeks for its WWE line. The first is the San Diego Comic Con Ultimate Edition Sgt. Slaughter figure. 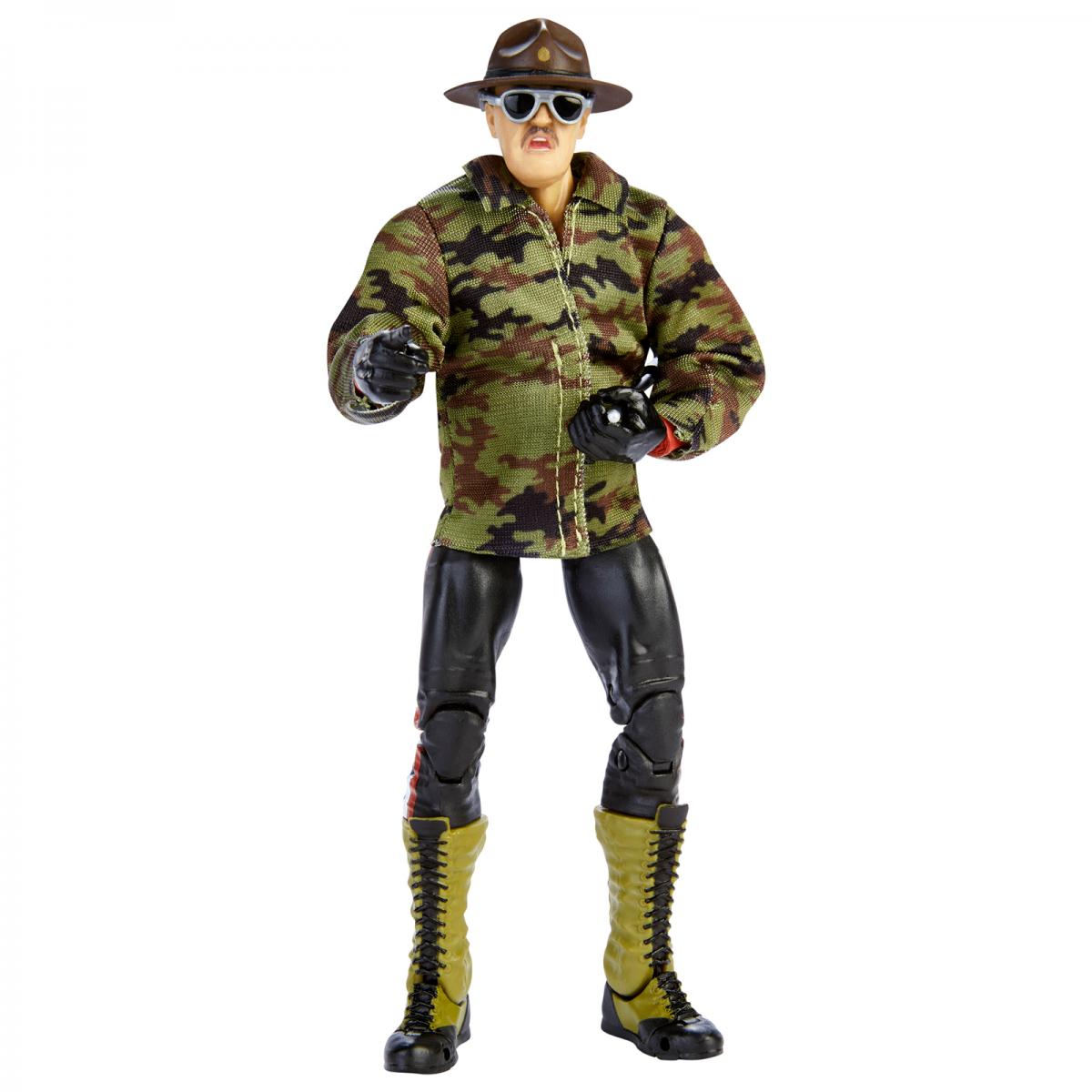 This figure looks great and the retro LJN style packaging is a nice bonus. 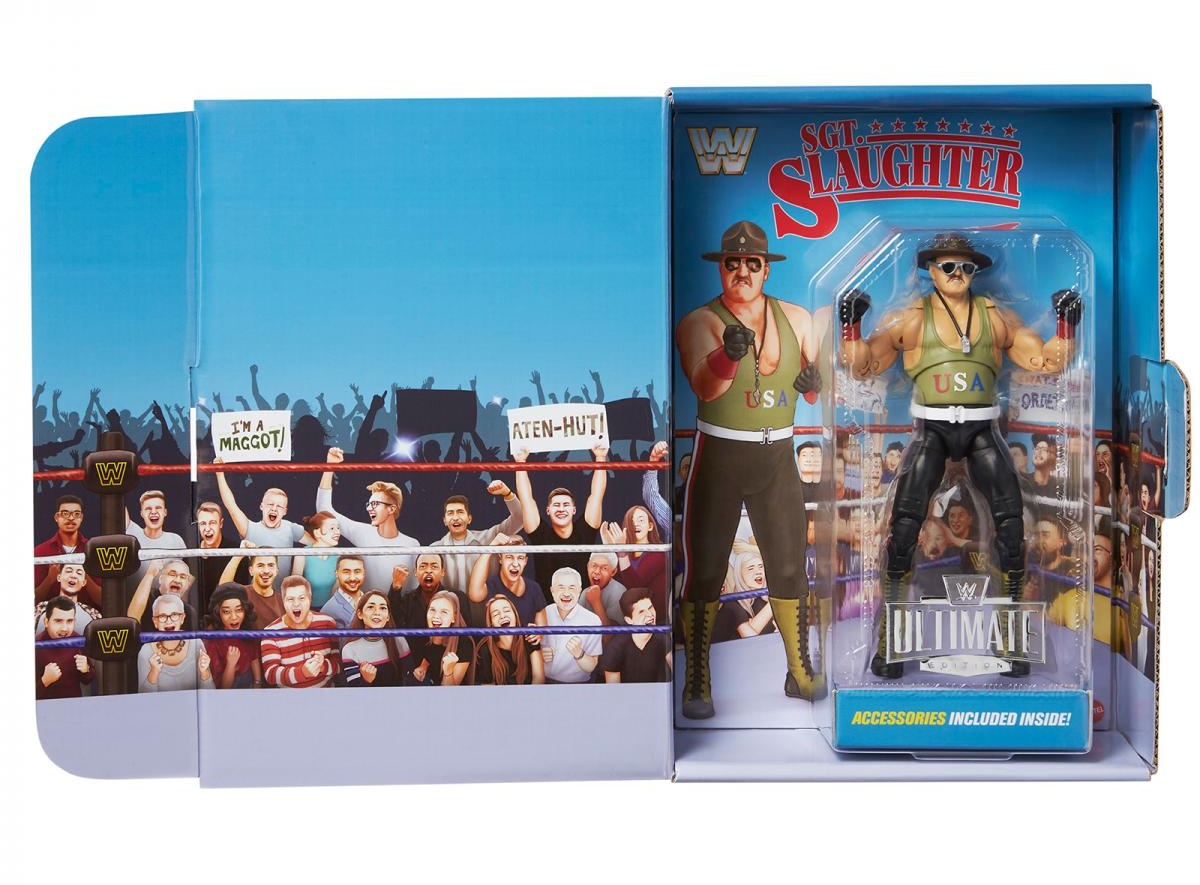 It’s almost gonna be a shame to open him up since it looks so nice. 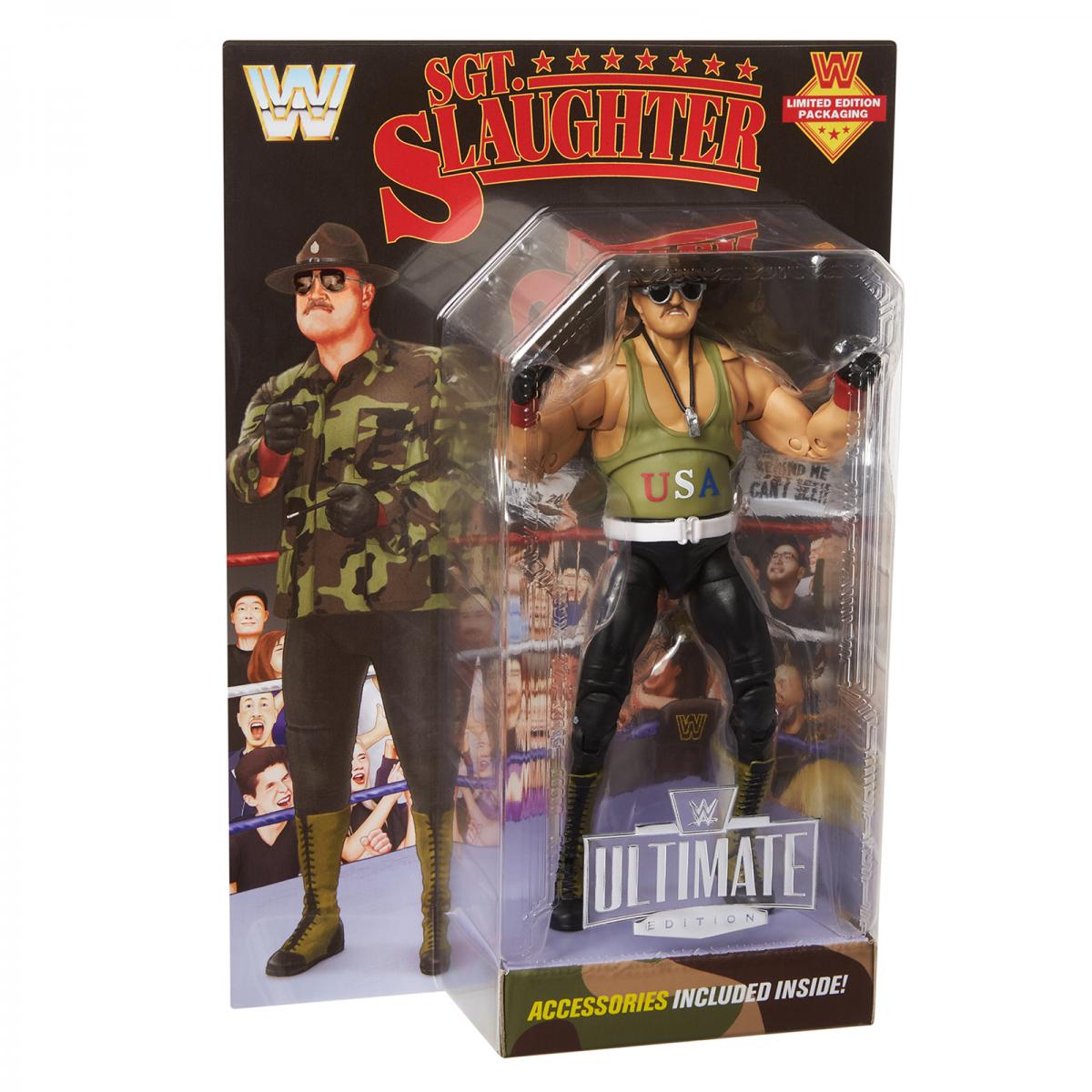 There’s also a special black card variant. I think I can make out some members of the WWE Mattel team including Action Figure Attack on the bottom left and Bill Miekina next to Sarge’s left thigh. 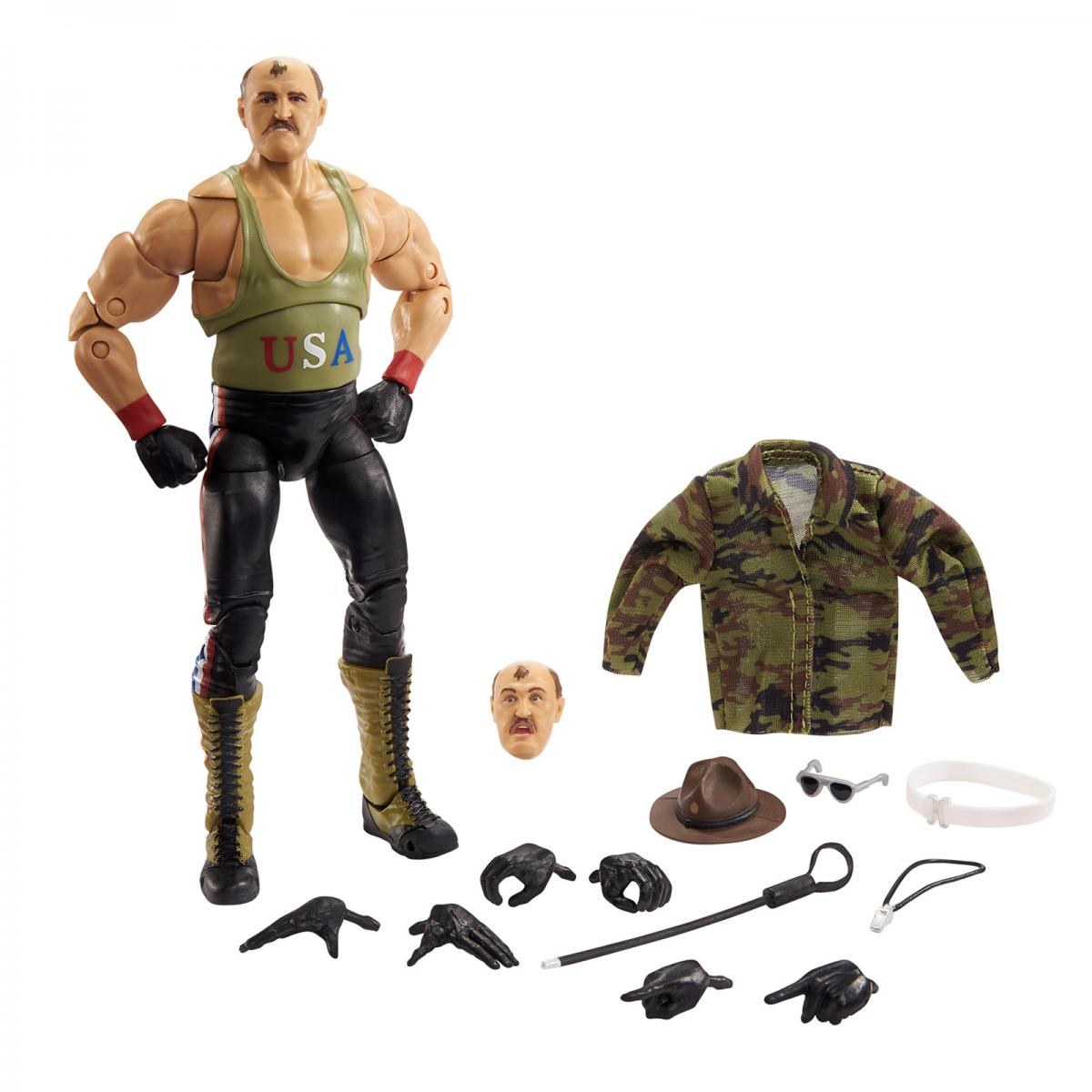 Listen up, maggots! Take a look at the Ultimate Edition action figure of WWE Hall of Famer Sgt. Slaughter from Mattel, a 2021 San Diego Comic Con Exclusive! The figure will be available starting July 22 at 12 p.m. ET/9 a.m. PT at MattelCreations.com 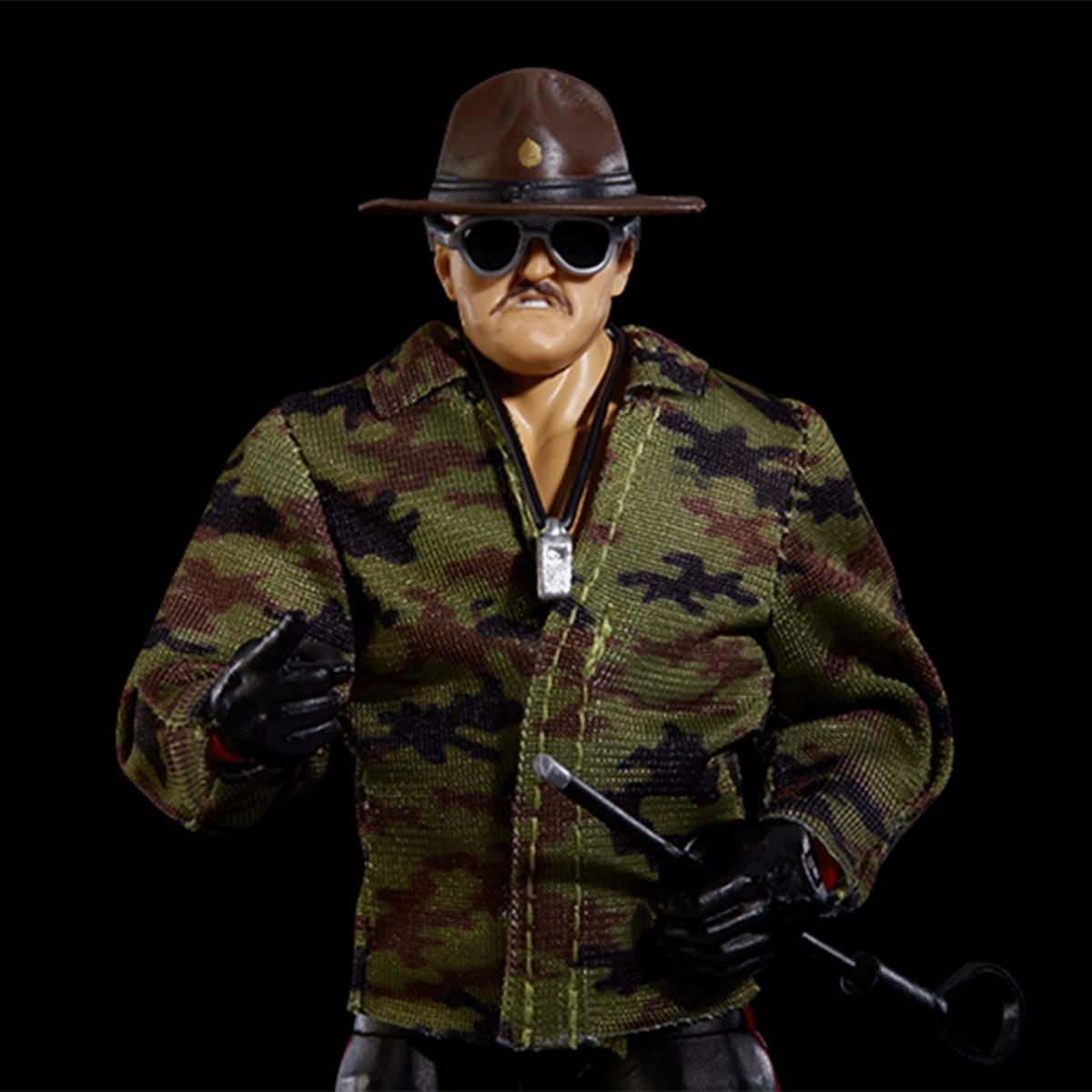 The only way this would be better is if Mattel released a special six-inch version that could fit in with the G.I. Joe Classified Series line. Or the reveal of a Ultimate Edition Iron Sheik that can pull off a camel clutch.

Pick up the Funko Pop Sgt. Slaughter now from Amazon.