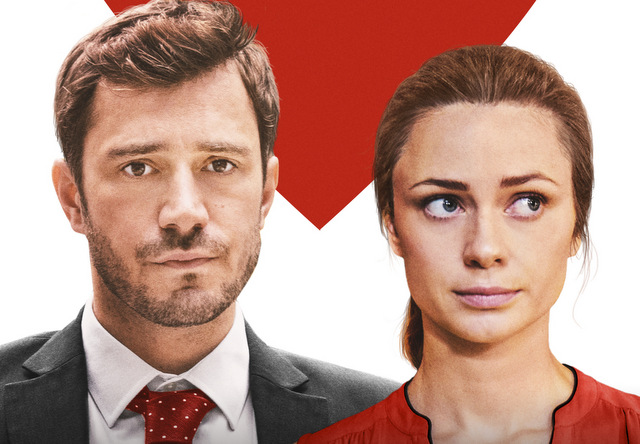 Love Type D review is a cute film with some quirky, understated humor. It’s the kind of film that could get remade into a major hit with a bit more money and greater emphasis on the comedy.

Frankie (Maeve Dermody) thought she’d finally met the one. Thomas (Oliver Farnworth) was funny, charming and sweet…right up until the point he sends his kid brother, Wilbur (Rory Stroud) to break up with her.

Not wanting to be in the middle of a messy breakup, Wilbur does offer Frankie some helpful insight. A study is proving certain people have a gene that makes them the dumpee instead of the dumper. Maybe Frankie is just destined for a life of getting dumped? Initially reluctant to take relationship advice from a child, Frankie starts reflecting on her past and notices a disturbing trend. She has been the dumpee.

After some creative maneuvering, Frankie gets a hold of the study kit and recruits Wilbur and his quiet BFF/assistant in coming up with a way to reverse her lousy love life. Wilbur’s got some theories he’s eager to test out including reversing the breakup cycle by having Frankie get back with her exes and then breakup with them.

This also allows Collington to go as wild as needed in the context of the plot. One of Frankie’s reconnections is especially memorable and probably shouldn’t work as well as it does, but Dermody is committed and Colllington approaches it from a no restraints perspective.  And to ensure the audience roots for Frankie, she tries to help her fellow dumpee co-workers to help them reverse their love misfortunes.

Collinton uses this avenue to add diversity to the cast not just with ethnicities, but also in regard to weight and age. The remake mainstream version of the film would feature a far less interesting mix of co-workers.

At times it felt like a rom com Wes Anderson (Moonrise Kingdom, The Grand Budapest Hotel) would conceive where it’s just as quirky and cerebral as it is funny. That Anderson feel is most evidence in the Wilbur scenes as Stroud quietly steals the film with his self assured performance. Collington smartly showcases Stroud without revolving the film around Wilbur, allowing his scenes to have the most impact.

Dermody plays against Stroud well with a dynamic that doesn’t feel so much like a desperate adult seeking help from any source so much as an older sibling entrusting their love life to their science thinking younger sibling.

Collington creates some genuinely funny moments including an inspired scene where Frankie overindulges in a love potion that makes every man enamored with her singing. It’s a great bit as Collington flips between what the men hear and see versus the reality of what their dates hear from Frankie’s tone deaf performance.

If anything, Collington could have leaned harder into Frankie’s anything goes mentality to change her love fate. Dermody has this calm demeanor that instantly adds an extra air of realism no matter if Frankie is chasing after Wilbur on the streets or dousing herself with extra perfume to keep Thomas ensnared.

There’s room for bigger, bolder comedic moments, but Love Type D scores where it matters most and is an enjoyable trip through a love (mis)connection.