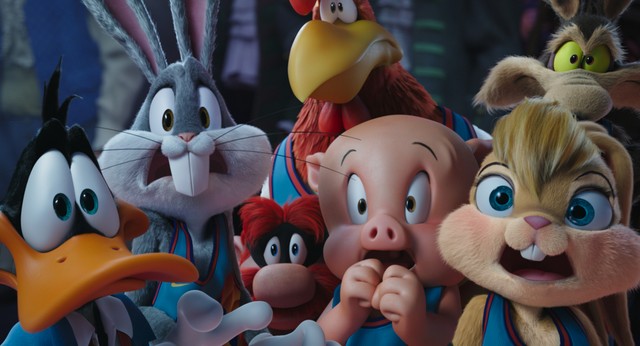 One, you’re just a hardcore Michael Jordan fan and the thought of LeBron James starring in a follow-up to His Airness hit 1996 film leaves you twisting more than Taz. Two, you legitimately thought this film featuring the Looney Tunes was vying for any Oscar consideration. If you go in just looking to have some goofy fun, A New Legacy should provide buckets (and buckets) worth of laughs.

James stars as himself, the NBA’s reigning man of the past two decades. While he’s mastered basketball, LeBron still hasn’t figured out how to be a winning father. His youngest son, Dom (Cedric Joe), has a mild interest in basketball, but his real passion is video game design. 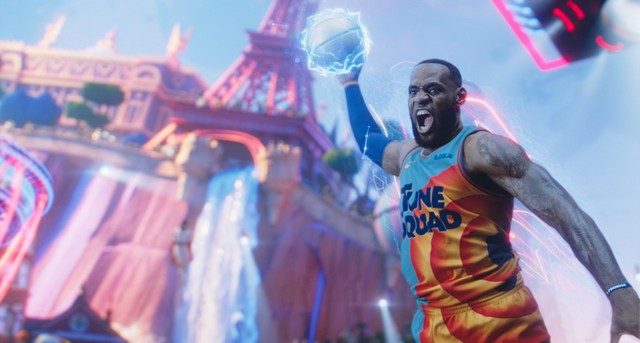 LeBron completely misses the hint that his drive to help Dom be as good at basketball as him is only pushing him away. The Warner Bros. creative algorithm, Al G. Rhythm (Don Cheadle, The Falcon and the Winter Soldier) exploits this crack in the family unit and brings LeBron and Dom to his virtual world.

Al appeals to Dom’s need for support and encouragement of his video game interest and convinces Dom to battle his father in a no holds barred basketball game.  To stack the odds in his favor, Al helps Dom create a squad based off of NBA and WNBA players with special abilities based on their respective game play.

James’ LA Lakers teammate, Anthony Davis, becomes a hybrid eagle capable of swooping over his opponents as The Brow. 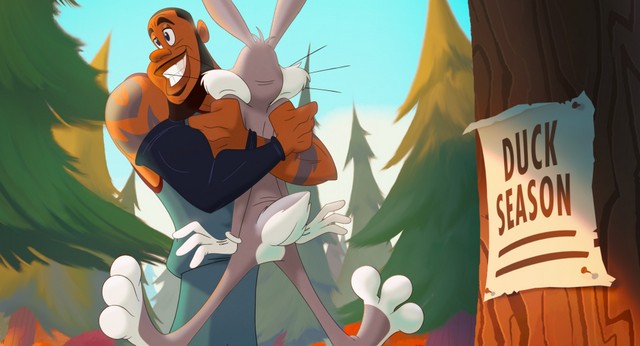 LeBron is excited about the possibility of teaming with some of the Warner Bros. heavy hitters. That’s not what’s up, Bron. Bugs Bunny (Jeff Bergman, Batman: Return of the Caped Crusaders) recruits the team and instead of King Kong and Superman, the team is comprised of his Looney Tune pals Porky Pig, Yosemite Sam, Wil E. Coyote, Foghorn Leghorn, Taz, Granny, Tweety Bird, Sylvester and Lola Bunny (Zendaya). Daffy Duck realizes the true power is in the clipboard and is the coach.

Warner Bros. uses A New Legacy as an excuse to do its spin on Who Framed Roger Rabbit with a slew of cameos from the various properties in its studio. The Hanna Barbera characters were a given and Iron Giant gets rolled out for any kind of animated effort, but the film also includes guest spots from the Justice League and the pre-Christopher Nolan Batman films. Game of Thrones, The Matrix, Harry Potter and even Pennywise from It pop in to watch the action.

The film has six credited screenwriters suggesting a massive rewrite occurred at some point. That doesn’t spill over onto the court as the script has some very funny written gags as well as the expected over the top physical comedy from the Looney Tunes crew. Twenty years from now A New Legacy is going to feel dated, but for now the film has an impressive amount of semi-timely and relevant gags including some plays on hall of fame gifs. 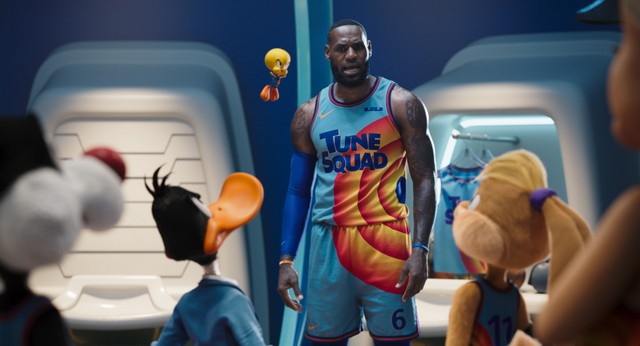 James is clearly a better basketball player than an actor. Too often it feels like he’s reading lines instead of delivering them in a natural manner. What he lacks in natural acting talent, James makes up for with an earnestness and a commitment to the hijinks without taking it too seriously. James is in on the gag and even takes some good-natured gags about his career and legacy to prove he’s not above being the butt of a good joke.

There’s a weird bit of blending reality and fiction. Did a young LeBron really toss his Gameboy in the trash after blowing a game winning shot? Maybe not, but there’s something a little odd about Sonequa Martin-Greeen (Star Trek: Discovery) playing James’ wife along with stand-in children. Joe handles this showcase role well and shows unexpectedly strong chemistry with James.

Cheadle is the glue that holds the film together. Having an Oscar-nominated actor fully embrace the fun and lunacy of the premise does a lot to sell the film and Cheadle lovingly hams it up in every scene. 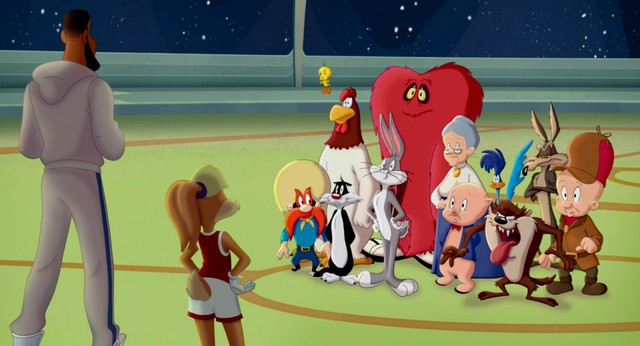 Director Malcolm D. Lee (Night School) incorporates a little something for fans of all ages. There’s traditional 2D animation done in the style of the old school Looney Tunes cartoon and a modern CGI accounting for every bit of fur on the Looney Tunes characters. The film is two hours, but it never feels like it’s time to start checking the time. Lee balances the zany with the more reserved family drama to keep the film from veering too far towards either extreme.

With anything goes kind of characters like the Looney Tunes crew the temptation is to go over the top at all times, but Lee paces the film well to make the most of the ridiculous scenarios like the big game. And Lee does right by Looney Tunes fans in giving a showcase moment to all the characters. 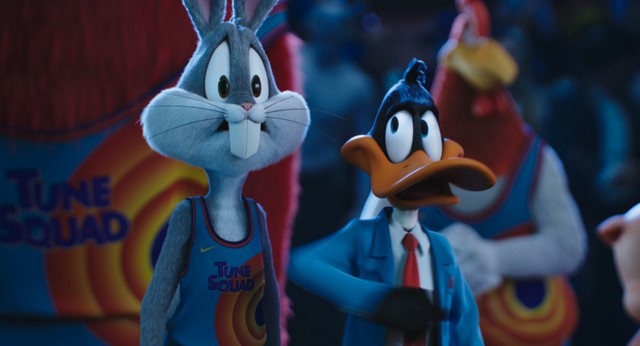 Space Jam: A New Legacy showed up for game time with some big laughs, goofy in the best way character bits and an overall sense of fun.