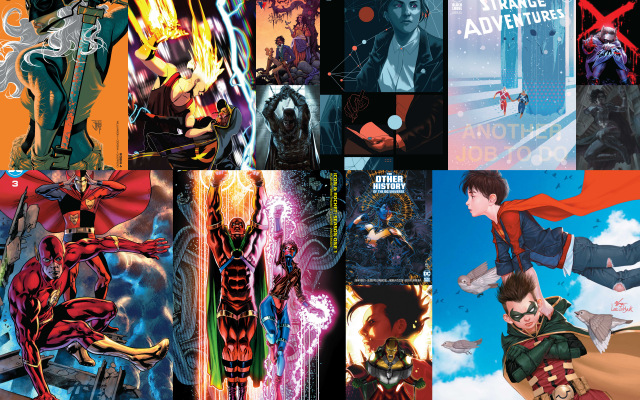 Icon and Rocket Season One #1

Icon was one of the original four titles from Milestone. The Superman influence was obvious, but setting an ageless alien in the enslaved era adds a different context to a potential hero who’s become jaded by seeing the worst in humanity.

Given the recent political and humane climate, revising Icon from a modern lens makes sense and this debut issue gets the series off to a promising start.

Reginald Hudlin’s script is a slightly modernized version of the original series with teenager Raquel Ervin inspiring Augustus Freeman to be the hero that could encourage and motivate the world.

Some of Hudlin’s dialogue, specifically Raquel’s burglar boyfriend and his crew, sounds dated, but otherwise the issue is a quick read.

Doug Braithwhite’s art is solid though he’s not able to do yet Raquel as a young teenager so much as making her appear as a shorter woman.
Brad Anderson’s colors offer bold combinations as well as the subtle shining light during the Augustus/Raquel sequences.

Icon and Rocket’s journey seems poised to be an enjoyable one and potentially could rival Static as the new Milestone Universe’s breakout titles.