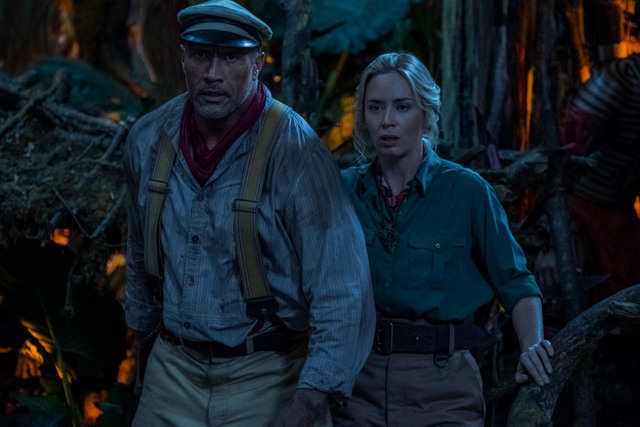 For its first hour, Jungle Cruise is a lot of fun, but as the second hour progress it’s a case of “are we there yet?”

Part Romancing the Stone, part Pirates of the Caribbean, it’s yet another vehicle that shows why Dwayne Johnson might be the most singular charismatic force in Hollywood. There’s no role in his action hero wheelhouse he can’t pull off. His only miscue for the film is trying to pull off costumes that aren’t well suited for former wrestlers. 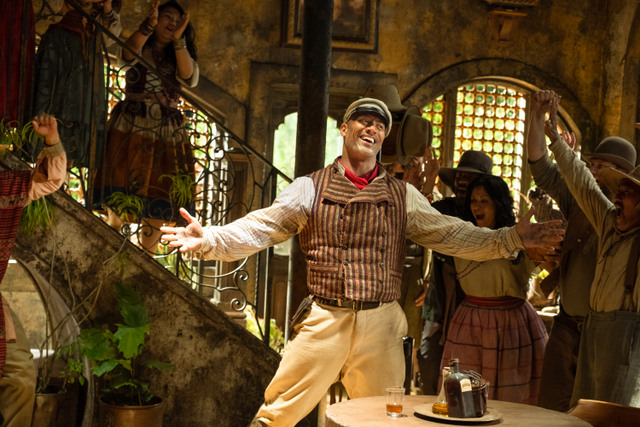 He meets his match with Lily (Emily Blunt, A Quiet Place Part II), a daring adventurer in search of a legendary tree with petals that can cure all ills. Legend has it, the tree was discovered by conquistador Aguirre (Edgar Ramirez, Bright) and his crew.

As the film is set in the World War I era, a magical healing serum would definitely come in handy. Dragging her fussy and proper brother MacGregor (Jack Whitehall, Good Omens) along, the trio set out to find the tree.

They’ve got to stay one step ahead of Prince Joachim (Jesse Plemons, Judas and the Black Messiah), an aristocrat who wants the petal for his own selfish purposes. Initially, Paul Giamatti seems like he’ll be the co-villain as the owner of the boats, but it’s a brief cameo and most of his moments are shown in the trailer.

The first hour hits all the right marks with a sea-full of awesomely terrible puns. They’re the stuff of Dad joke lore and are so corny it’s hard not to resist them.

Johnson plays Frank with a detached, loose moral edge that makes for a more engaging character than his typical archetype hero. Frank is honest to a fault constantly telling Lily and MacGregor they shouldn’t trust him and then providing yet another example why they should get that lesson.

Blunt makes a good foil for Johnson, whose combination of size and screen presence frequently overwhelms his women co-stars. Blunt has no trouble matching Johnson’s energy and hold her own with the rapid, punchy dialogue and the physical stunts. There’s a reason a lot of Marvel Cinematic Universe fans want to see Blunt take part in the MCU at some point.

Somewhere in production, the writers thought the film needed to get too serious and bog it down with a serious dramatic storyline. While it explains some character actions it comes at the expense of the film’s fun, carefree nature. This second half also advances the obligatory yet wholly unnecessary direction for Frank and Lily’s arc.

The script also does a major disservice to MacGregor as the writers decide to lean hard into cliché stereotypes to explain why he’s not the swashbuckling hero as his sister. It’s a lame decision and one in 2021, feels like pandering to audiences that want greater representation only to try and appease narrow-minded audience members with this portrayal.

Some of that may be attributed to the near fleet of credited screenwriters. A story of this nature probably didn’t need five writers.

Another challenge in the second act is a reliance on CGI-heavy villains. Not surprisingly, Collet-Serra (Non-Stop) has no trouble with the elaborate, multi-layered action sequences with standard actors.

The voyage isn’t helped by its lengthy run time either. Cutting it down to 90 minutes would have made for a far more effective film. 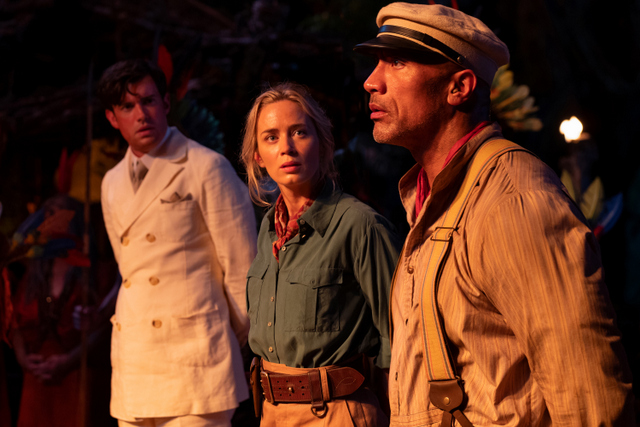 Johnson and Blunt are enough to overcome the deficiencies in the film’s back half, but with a stronger second act it could have been one of the year’s more enjoyable rides through the entire journey.