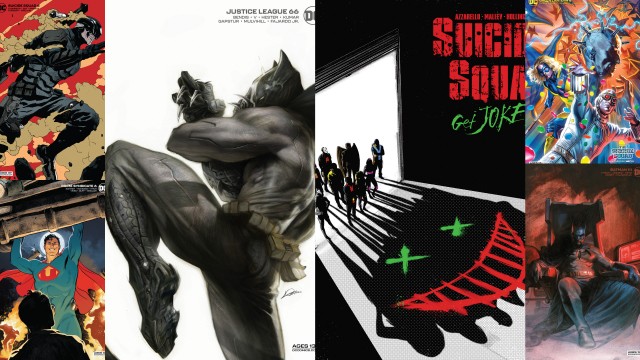 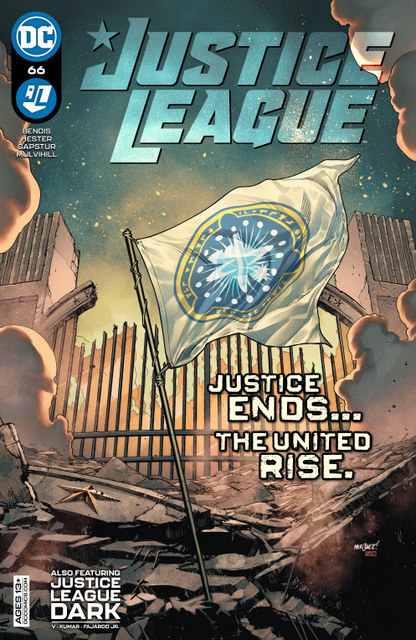 It’s more than a little frustrating that Brian Michael Bendis is using Justice League for the dumping grounds of his pet projects.

Bendis is writing Synmar the same way he wrote Rogol Zaar, an unstoppable, indomitable force that essentially has a cheat code to be stronger and more powerful than any other character. It’s boring when it feels like Rogol Zaar is going to be beaten via some random fluke that none of the longtime members considered to be a possibility.

Bendis also doesn’t seem to have any idea how characters sound. Batman comes off ridiculously out of character with weird dialogue best evidenced by him saying please and thank you. He’s also not very considerate of the massive amounts of dialogue the artist has to navigate. One full page features 13 dialogue boxes.

Phil Hester steps in as the guest artist. Hester is all about smooth compositions and easy to follow layouts.

The issue ends on an odd note with Bendis again going back to one of his recent creations to retroactively make them more interesting. It doesn’t work again and Bendis’

Justice League continues to be a badly characterized, uneventful slog. This is an easy issue to skip as nothing of any consequence occurs, which has become the norm now for a book claiming to found the ravens and mutants.