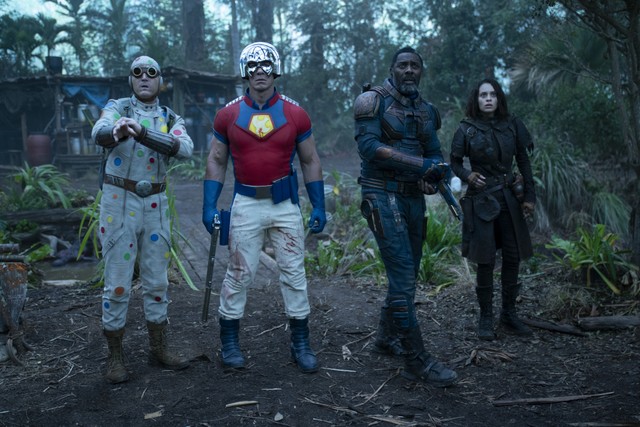 It’s safe to say The Suicide Squad won’t need to have a #ReleaseTheGunnCut campaign to get director/screenwriter James Gunn’s actual vision of the film to fans. Gunn’s violent, chaotic, hilarious and sneakily heartfelt vision are all safely intact resulting in easily one of the best DC Extended Universe films.

Fully in ‘if you can’t beat ’em, recruit their talent mode,’ Warner Bros. lured Gunn to craft a Suicide Squad “don’t call it a reboot” effort. Of the various films in DC’s Extended Universe banner, retooling another Suicide Squad didn’t seem like the greatest priority compared to…making a Man of Steel 2? Maybe there was a good movie buried deep down somewhere in David Ayer’s Suicide Squad film, but it hardly seemed worth the trouble. 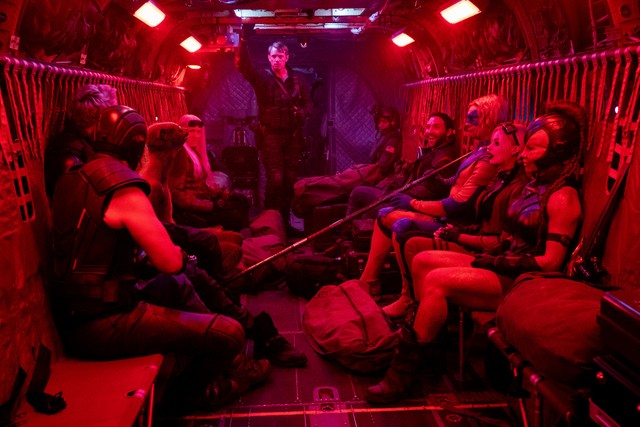 Gunn, fresh off a messy “they were on a break” split from Disney in a PR CYA move, proceeded to deliver the cinematic equivalent of a revenge dress.

Not that there was any thought Gunn just got lucky with the two Guardians of the Galaxy films, The Suicide Squad reinforces the notion that Gunn is a special filmmaker in the comic book genre. One capable of providing an array of fan-pleasing Easter Eggs, strong character development and stories that fully capture the tone of the source material.

It shouldn’t feel like a magic formula, but it’s been a struggle for most modern DC Comics films. Zach Snyder created a unique and captivating take on the Justice League, but Gunn’s Suicide Squad plays out like a story longtime writer John Ostrander would have crafted — albeit with less over the top humor. 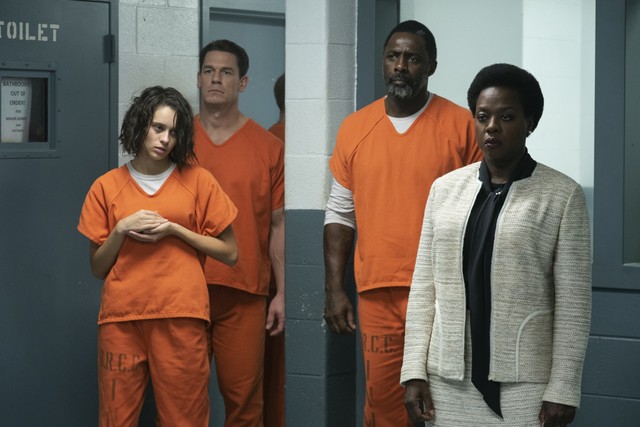 Amanda Waller (Viola Davis) has the inmates of Belle Reve back in action again. This time they’re sent to deal with a threat in Corto Maltese now that a coup has created a power vacuum that could cause a problem not just for the island, but the entire world.

Waller clearly doesn’t have a lot of faith in this crew judging by the sheer numbers she rolls out for this mission. Among the new recruits are Ratcatcher II (Daniela Melchior), Peacemaker (John Cena, F9: The Fast Saga), King Shark (Steve Agee on motion capture with Sylvester Stallone providing the voice), Polka Dot Man (David Dastmalchian, Batman: The Long Halloween) and Bloodspot (Idris Elba). 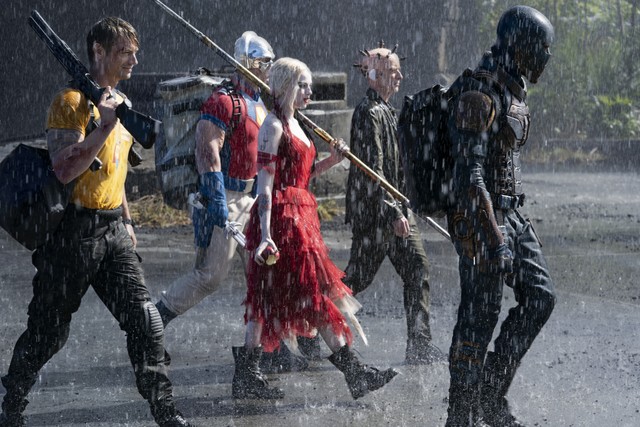 Will Smith’s Deadshot was one of the more memorable characters from the Ayer’s Suicide Squad, but Elba’s Bloodspot is an improvement on every front. It helps that Elba is able to bring more of a rogue-ish nature to his character while Smith tends to default into making his character cool.

Not to break tradition, the mission immediately goes sideways. Gunn continually teased that every character was fair game and the opening act immediately justifies that boast. The surviving team members have to try and complete the mission with significantly depleted resources and their own general distrust with each other.

Gunn is used to writing complex and diverse ensembles so throwing these random characters together and making it work so well is easy for him.

The cast seems to relish the interactions. Elba and Kinnaman handle the leadership roles nicely with Elba’s Bloodsport getting increasingly incredulous at his teammates with each scene. Kinnaman has a stronger command of Flag this second time around and carries the air of the experienced vet running the Squad’s field missions. Robbie gets plenty of moments to shine, but this time Harley Quinn’s showcase scenes don’t feel nearly as disconnected from the rest of the film. 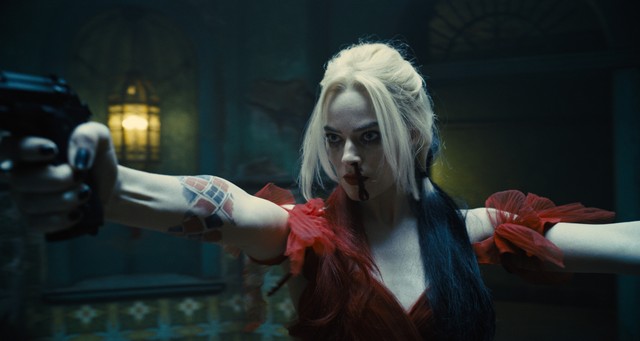 It’s easy to see why Cena’s Peacemaker was given a HBO Max series from this role. He’s dangerous and borderline psychotic while having a disarming personality. For a time, Cena seemed to shy away from action roles to show his depth as a performer, but now he’s getting action roles that still showcase his versatility.

Maybe the biggest surprise is Gunn’s success with Ratcatcher II, who is the unlikely heart of the film. Melchoir gives a tender and vulnerable performance. While Ratcatcher II’s whole shtick might get increasingly tougher to watch on screen, Melchoir provides such warmth that it’s enough to make the character hanging with rats a fan favorite.

Dastmalchian always gives his characters such interesting quirks and Gunn provides him with plenty of motivation that’s best left unspoiled.

Working without a net or restrictions in this strictly Rated R film seems to be cathartic for Gunn. There is an impressive amount of violence and shocking death scenes. There is more bloodshed in this film than Gunn would be able to get away with in 30 films for Marvel Studios. It’s gory, a bit gratuitous and intentionally unsetting at times. 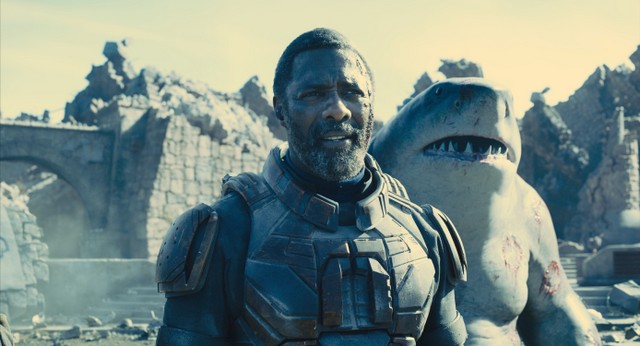 The Suicide Squad’s biggest strength is the irrelevant tone with the characters’ cavalier concern for their wellbeing  who start to bond over their shared dysfunctionality. With a pop soundtrack featuring Kansas, K. Flay and Johnny Cash, Gunn continues his trend of exquisite musical selections to add even more character to the film.

While King Shark’s limited vocabulary and bruiser status might feel reminiscent of a certain three-word vocabulary tree, The Suicide Squad never feels like Gunn just swapped out the Guardians of the Galaxy for the Squad.

Releasing the film in theaters and HBO Max might make the profitability of The Suicide Squad tricky to assess. Hopefully Warner Bros. execs truly appreciate the viability of this franchise beyond Peacemaker and already has Gunn working on The Suicide Squad 2 before the Twitter campaign starts up.

Check out the Suicide Squad: Apokolips Now on Amazon.