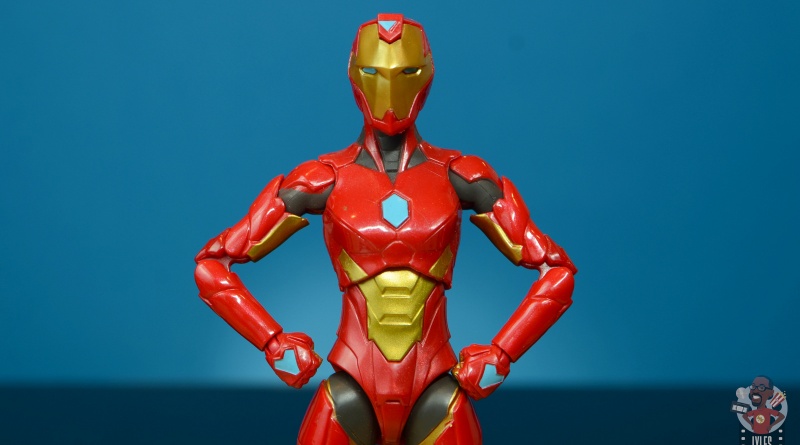 One area Marvel has made great strides over the last decade is creating legacy characters. They’re not sidekicks, but they’re clearly influenced by the long established heroes of the Marvel Universe. One of my favorites is Riri Williams aka Ironheart, a fun character who has been portrayed as far more than a junior Iron Man.

Ironheart has become a fixture of the Champions team, an improved take on the Young Avengers, and it’s exciting to add another member to the ranks. Let’s see how much heart Hasbro put in the newest member to the armored hero shelf.

Packaging:  Ironheart has made the big time with her own logo on this packaging, which isn’t the case for every hero. That definitely shows she’s got an actual future going forward with Marvel.

The gold accent colors pop against the black background. For the back portrait, Hasbro went with the cover to Invincible Ironman #1. 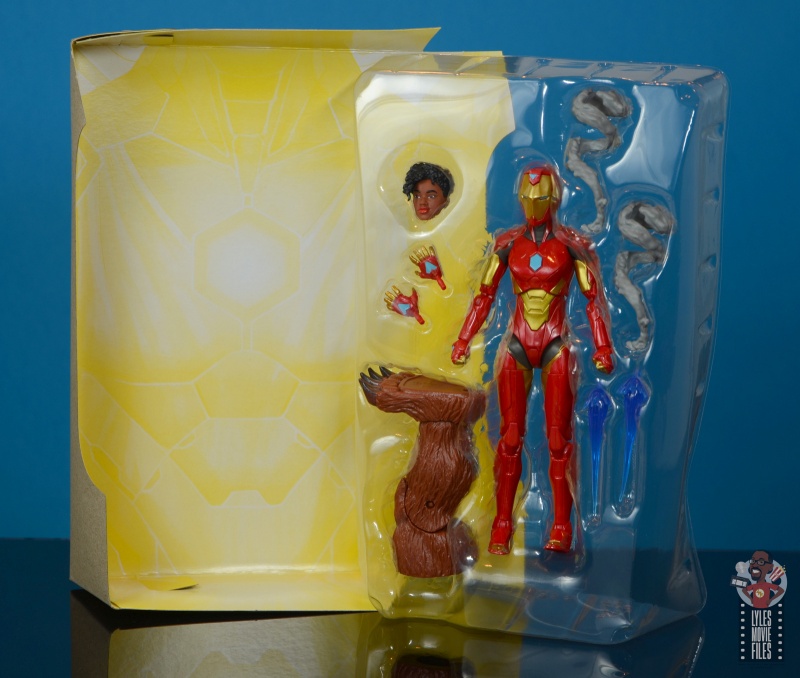 The bio is pretty good although as usual, the write-up really should include some of her allies and enemies. 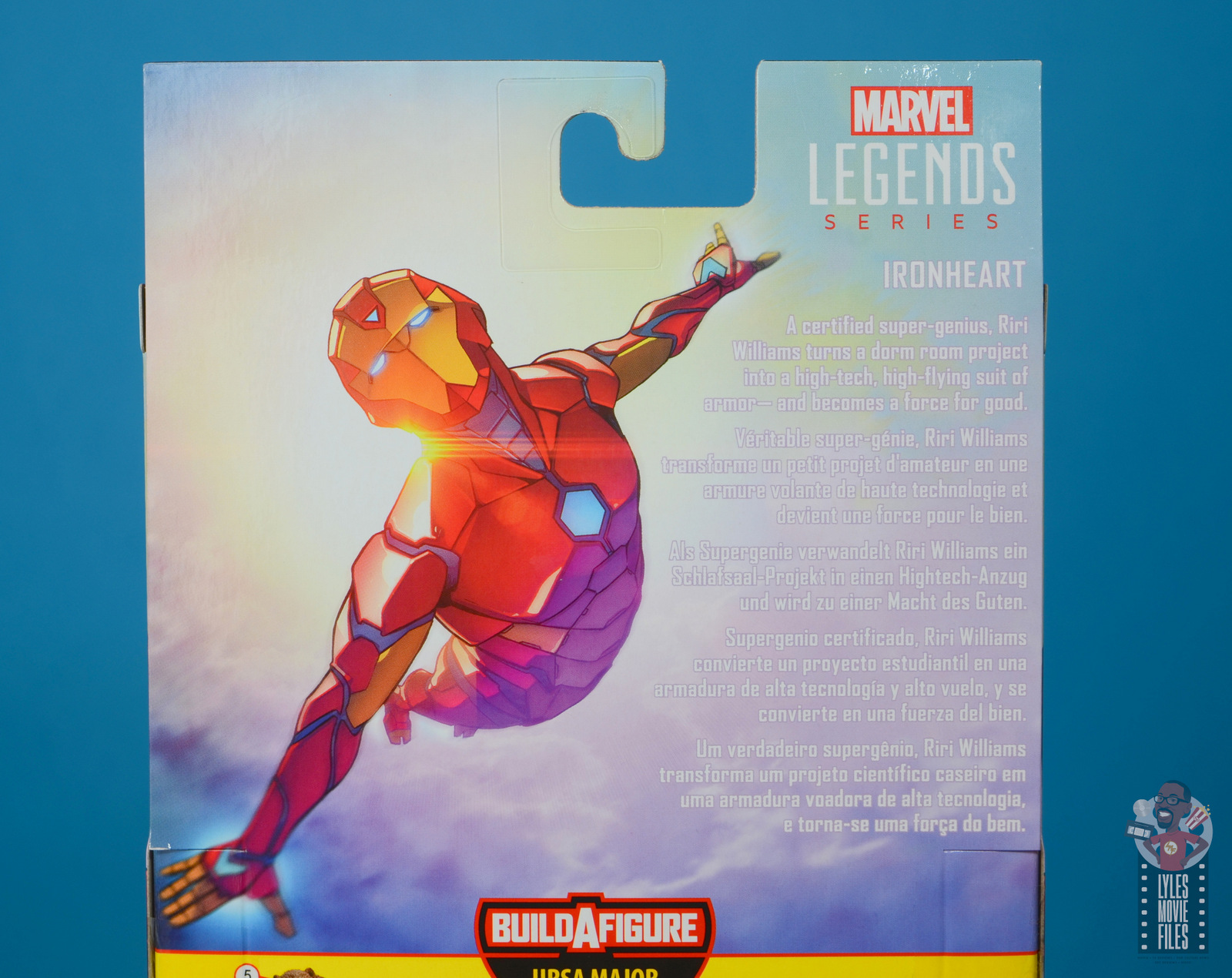 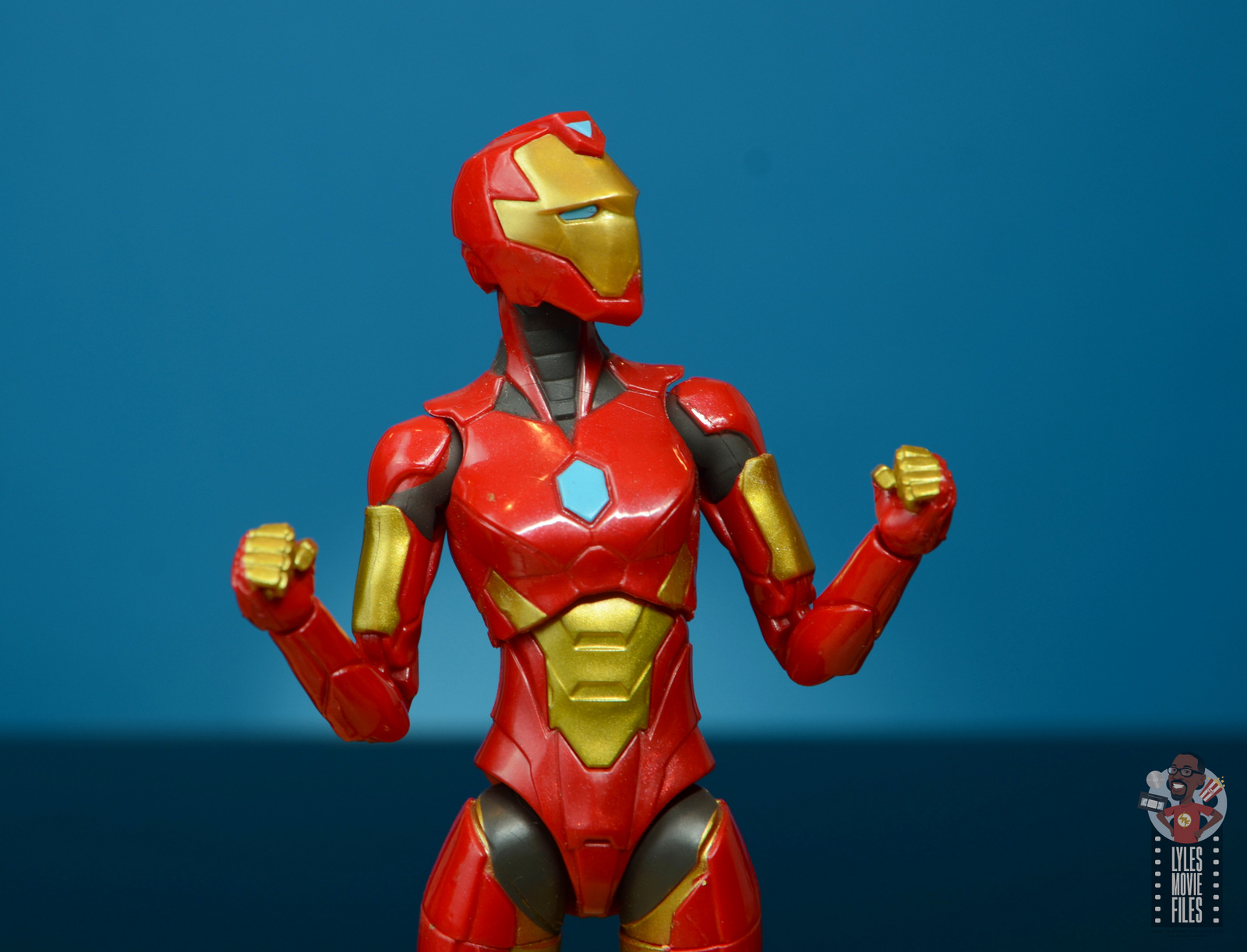 Still, for Riri’s first figure — and there’s zero chance we won’t see more Ironheart figures with her pending entry in the Marvel Cinematic Universe — the original armor was the right call. 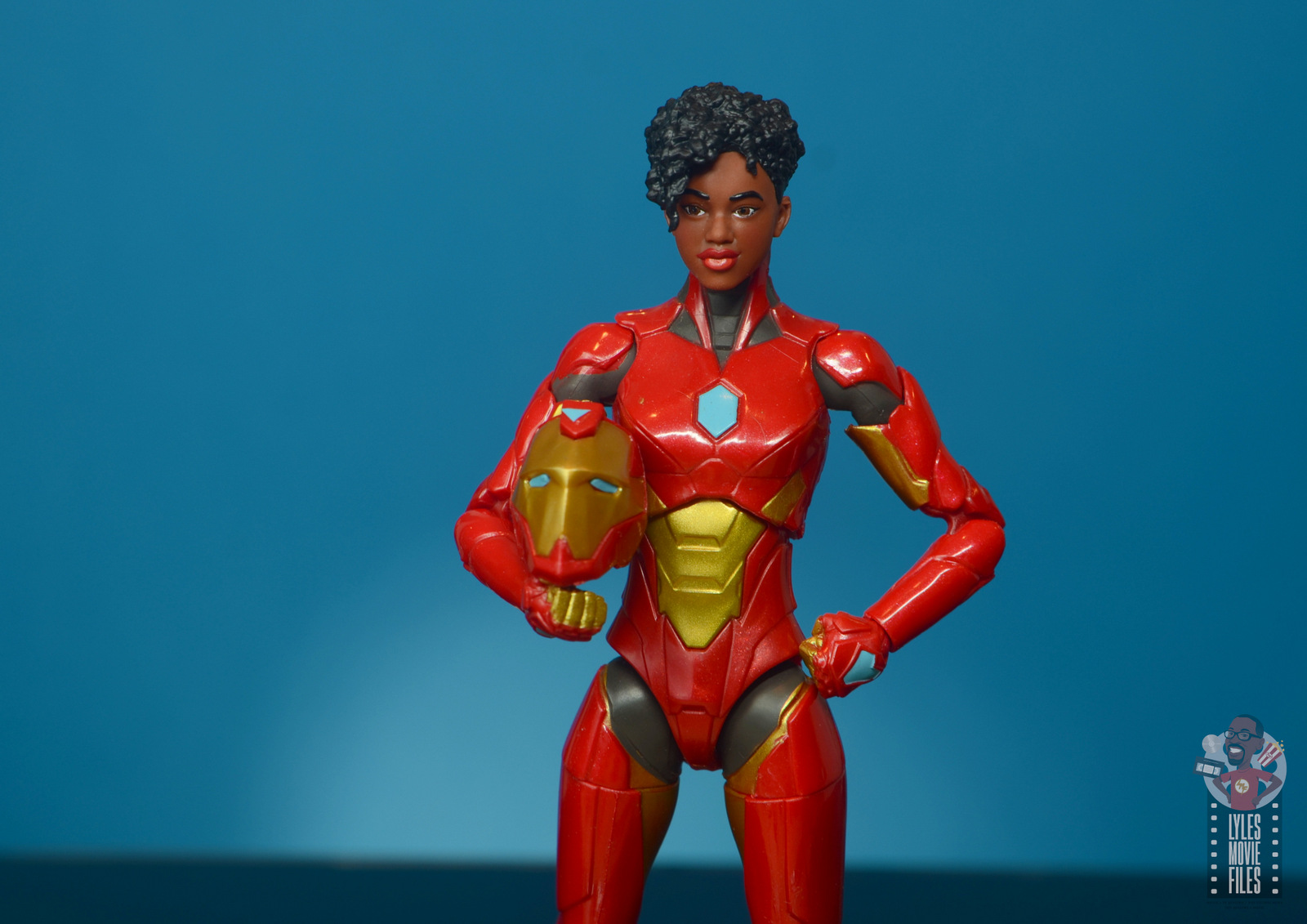 This armor has a very angular design with sharp indentions at the eyes. nose and mouth area and the layout of the armor panels. It looks very much like what a teenager working off an Iron Man design would create.

Hasbro did a great job, as usual, with the armor plating detailing. It’s an impressive set of armor and is scaled properly for a teenager. 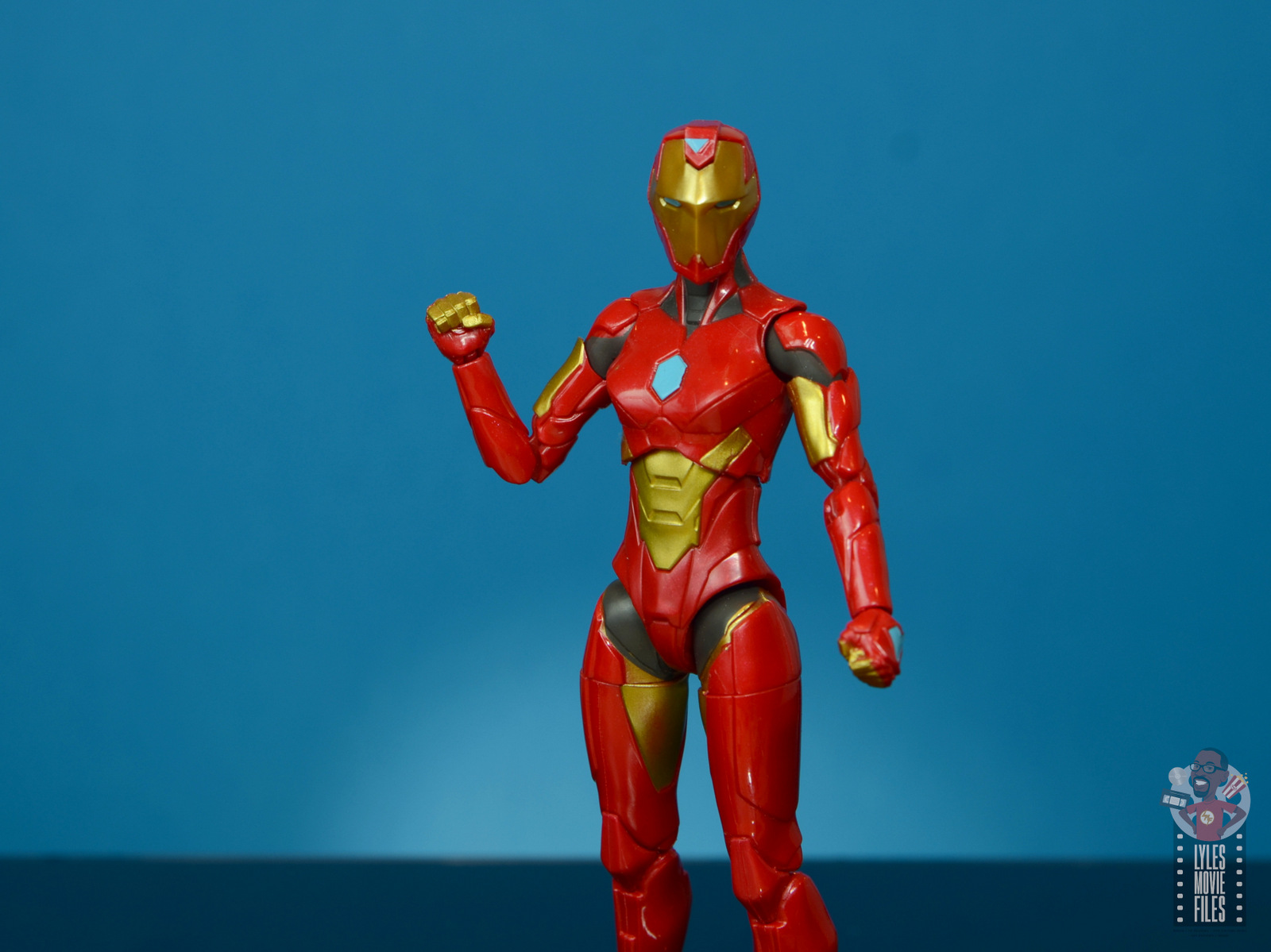 In addition to the armored head sculpt, Riri also has an unmasked head sculpt. This is a tremendous alternate portrait and Hasbro did a great job with her hair and features. Really nice work for the Hasbro sculptors on this one.

Paint:  Riri has the traditional red and gold color scheme along with some black accents. The small use of black breaks up the red and gold nicely and helps distinguish Ironheart’s armor from an Iron Man armor.

There’s some minor lining issues like the left arm, the hands and mouth guard. For a $20 mass produced figure this is OK, but with the price hike going to $23 these kinds of nagging problems will be more of a concern. 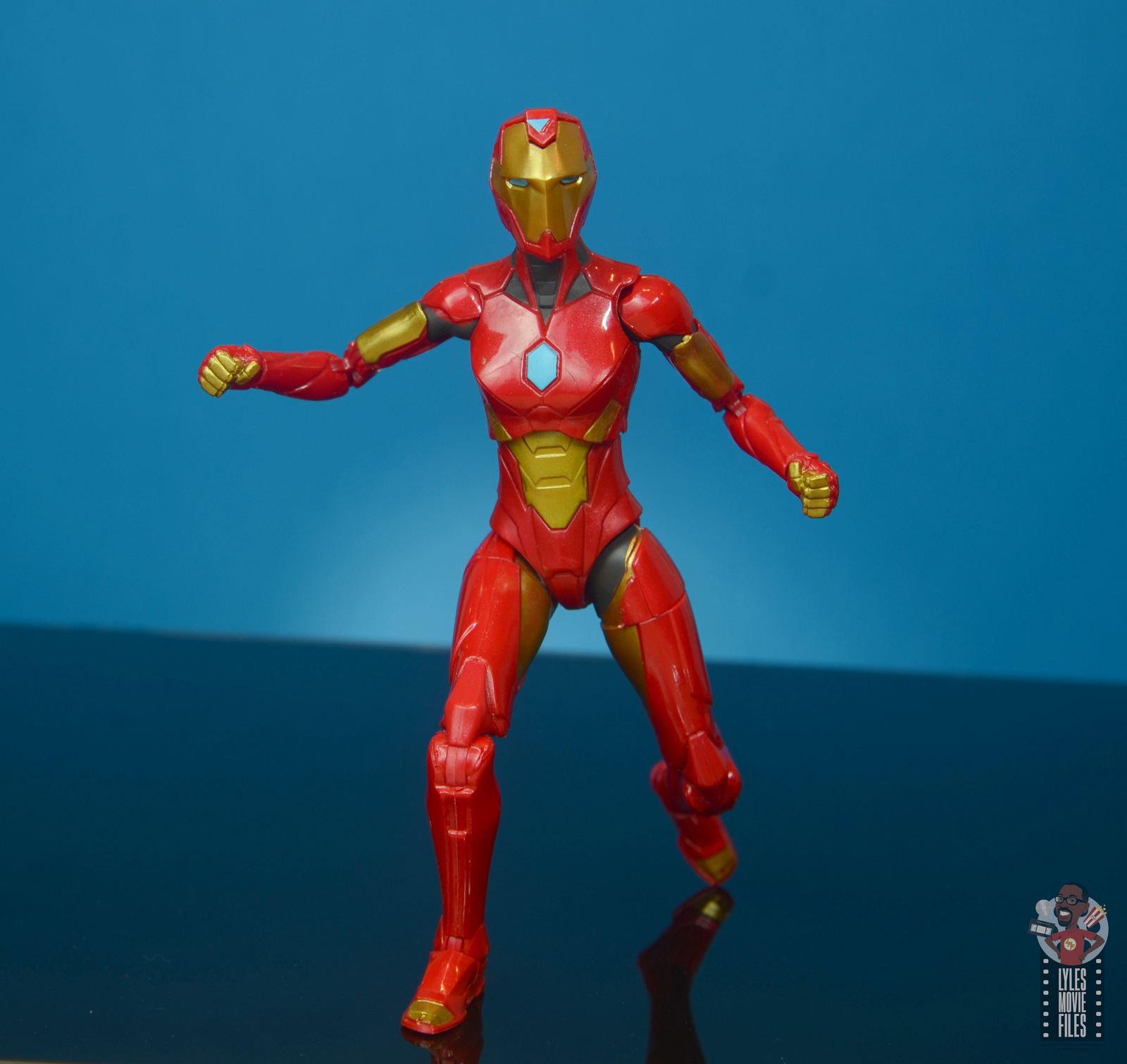 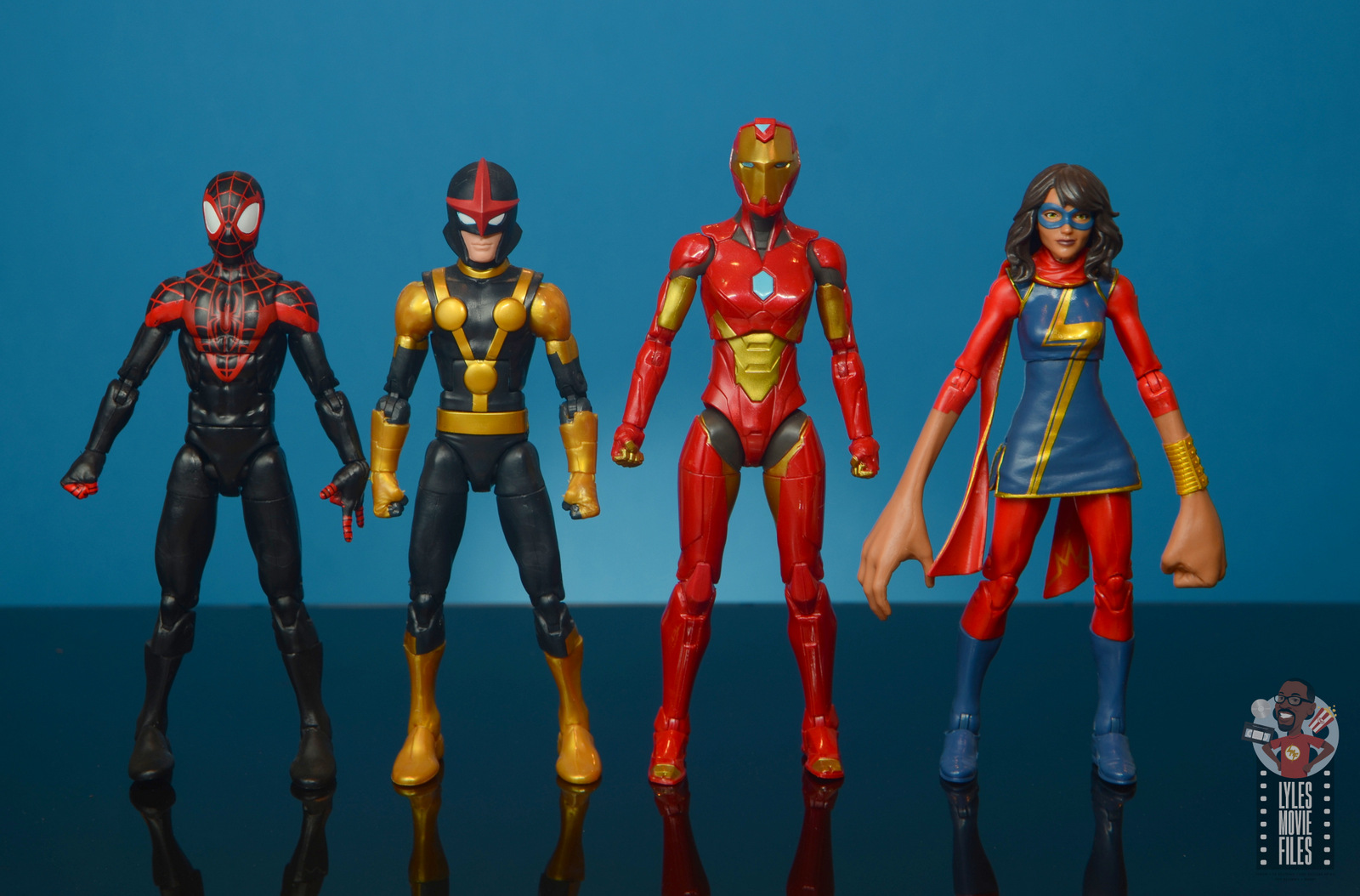 Scale:  Ironheart is a teenager and shouldn’t be eye to eye with Tony. In the comics, the Stark hologram is about a head and a half taller than her.

She’s properly scaled next to the Invincible Iron Man figure and looks appropriately slight and smaller. 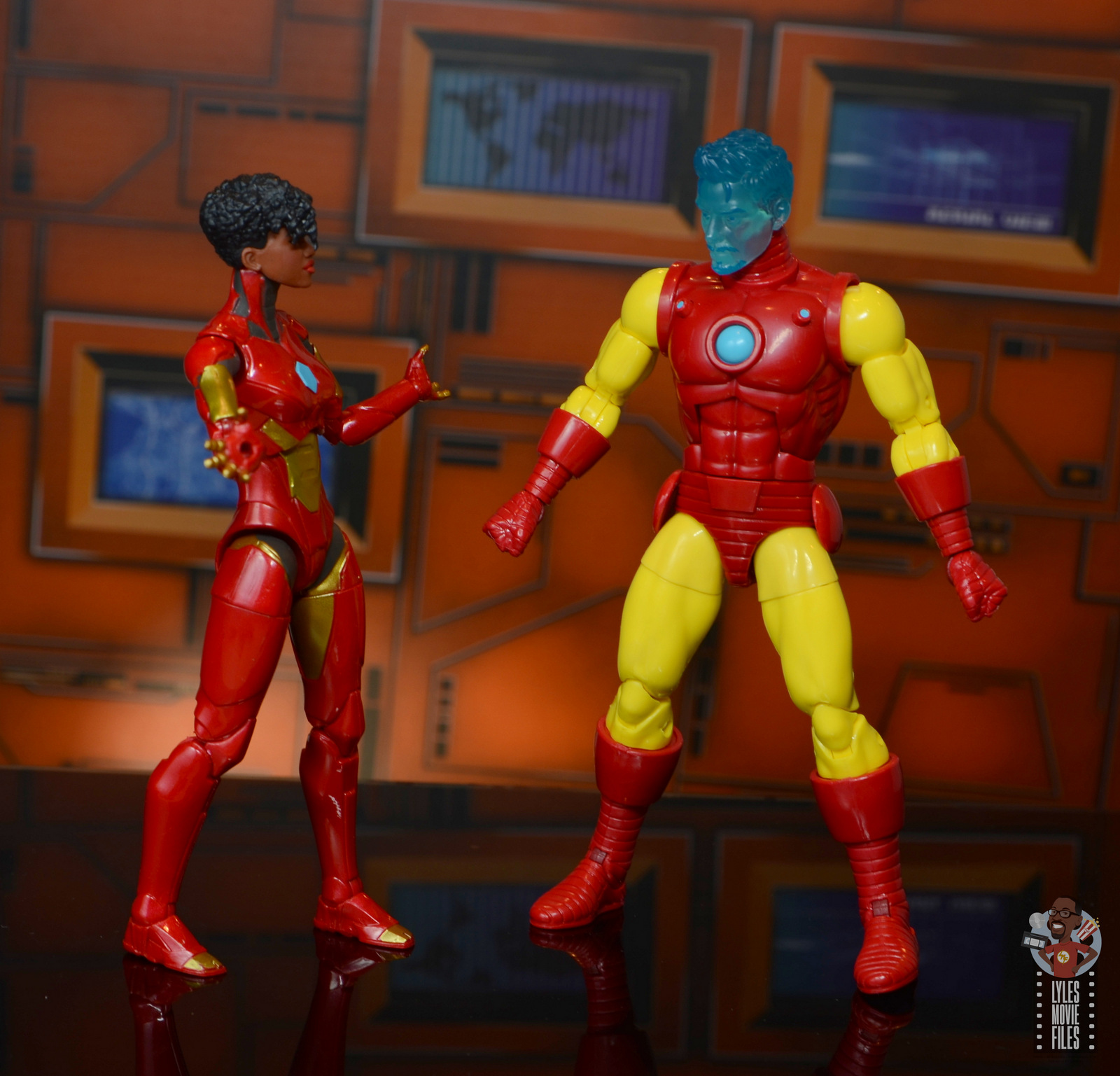 I think she might be a bit too tall compared to the other Champions. 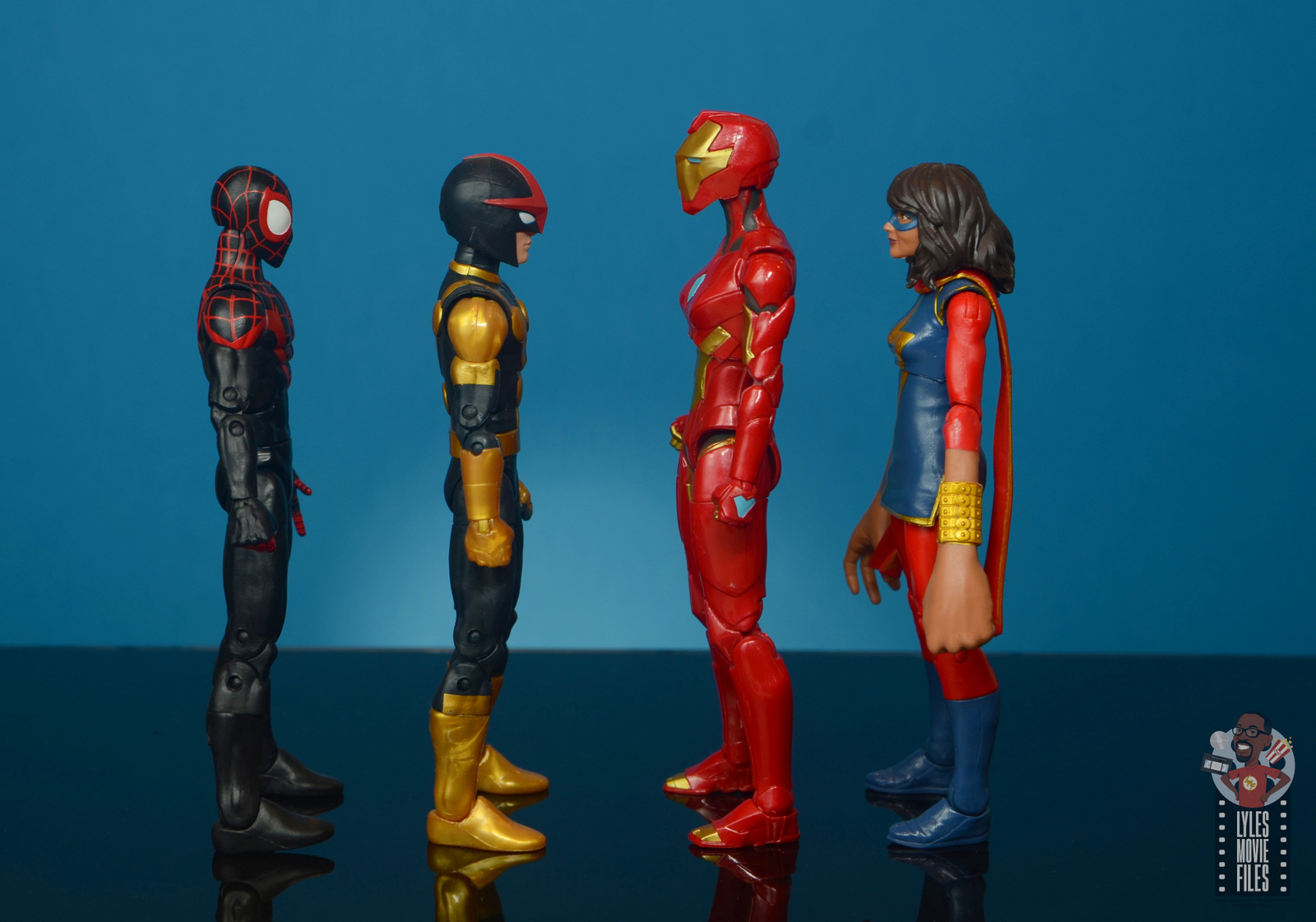 Articulation: Ironheart has very nice articulation despite the minor hindrances of the armor figures lacking waist joints. She does have the oh so rare bicep joint, which is not the norm for most female figures. 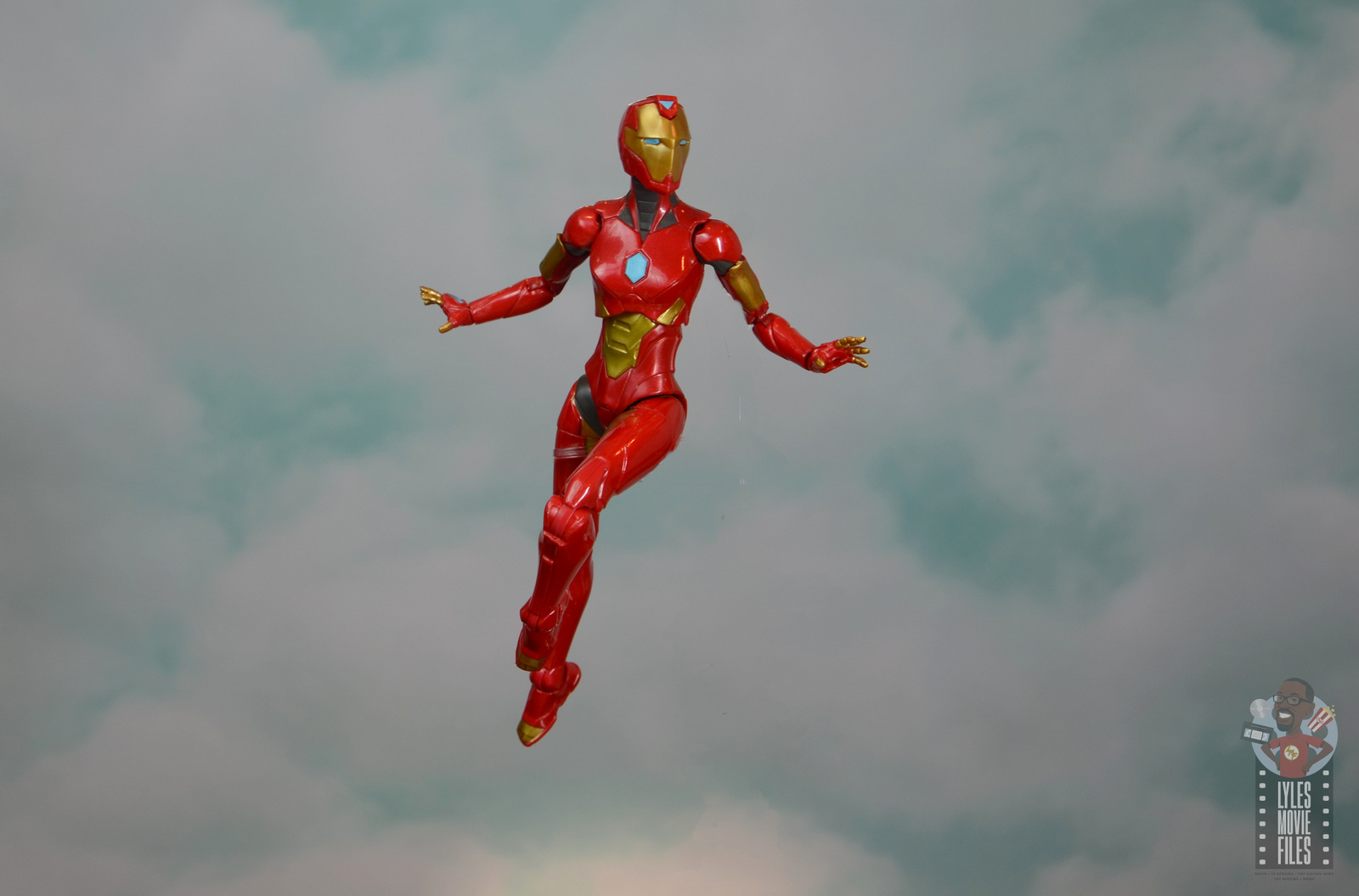 She’s able to get fairly decent deep poses with her hip joints and the double jointed knees help with action stances. And she can get some pretty decent flying poses as well. 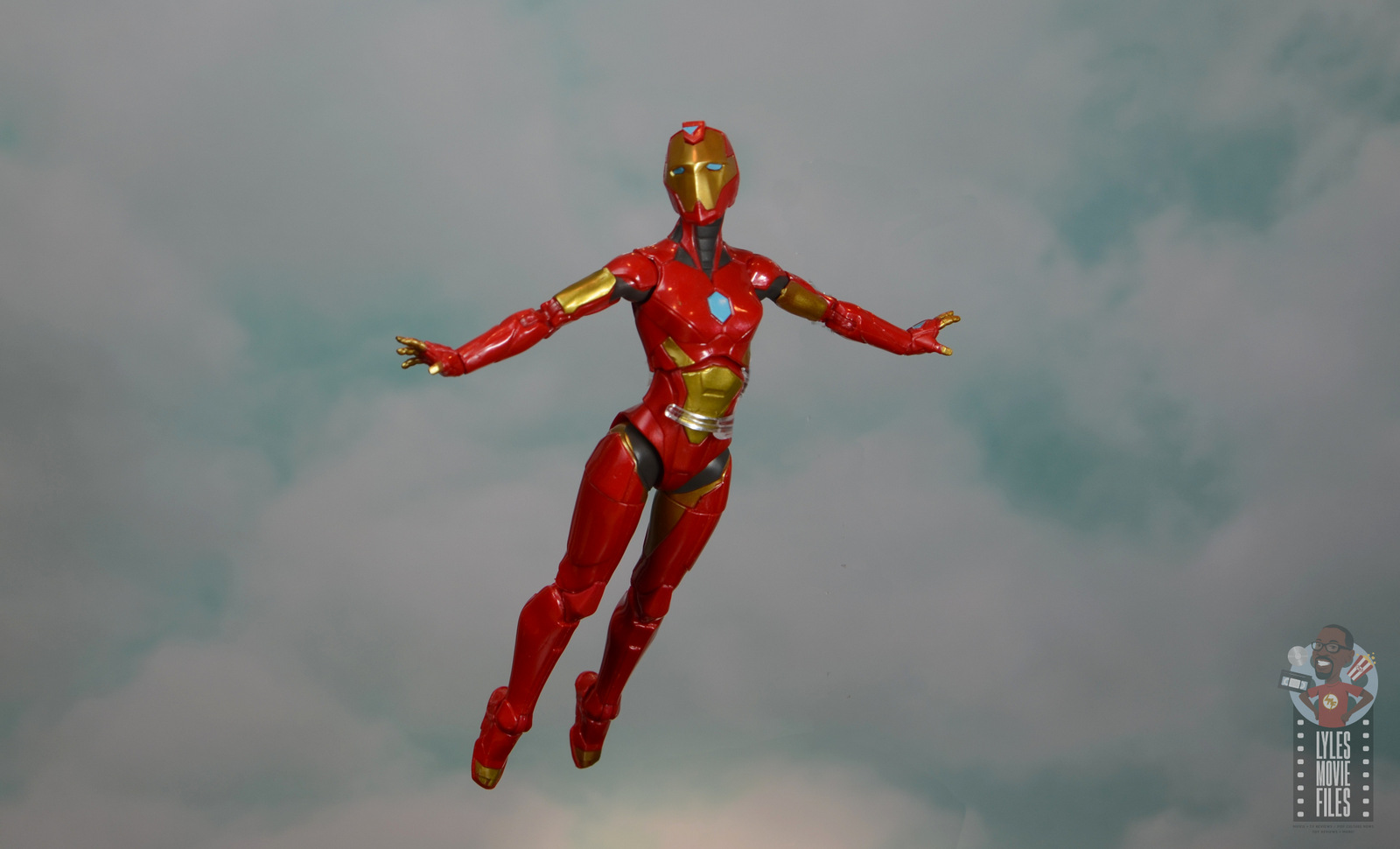 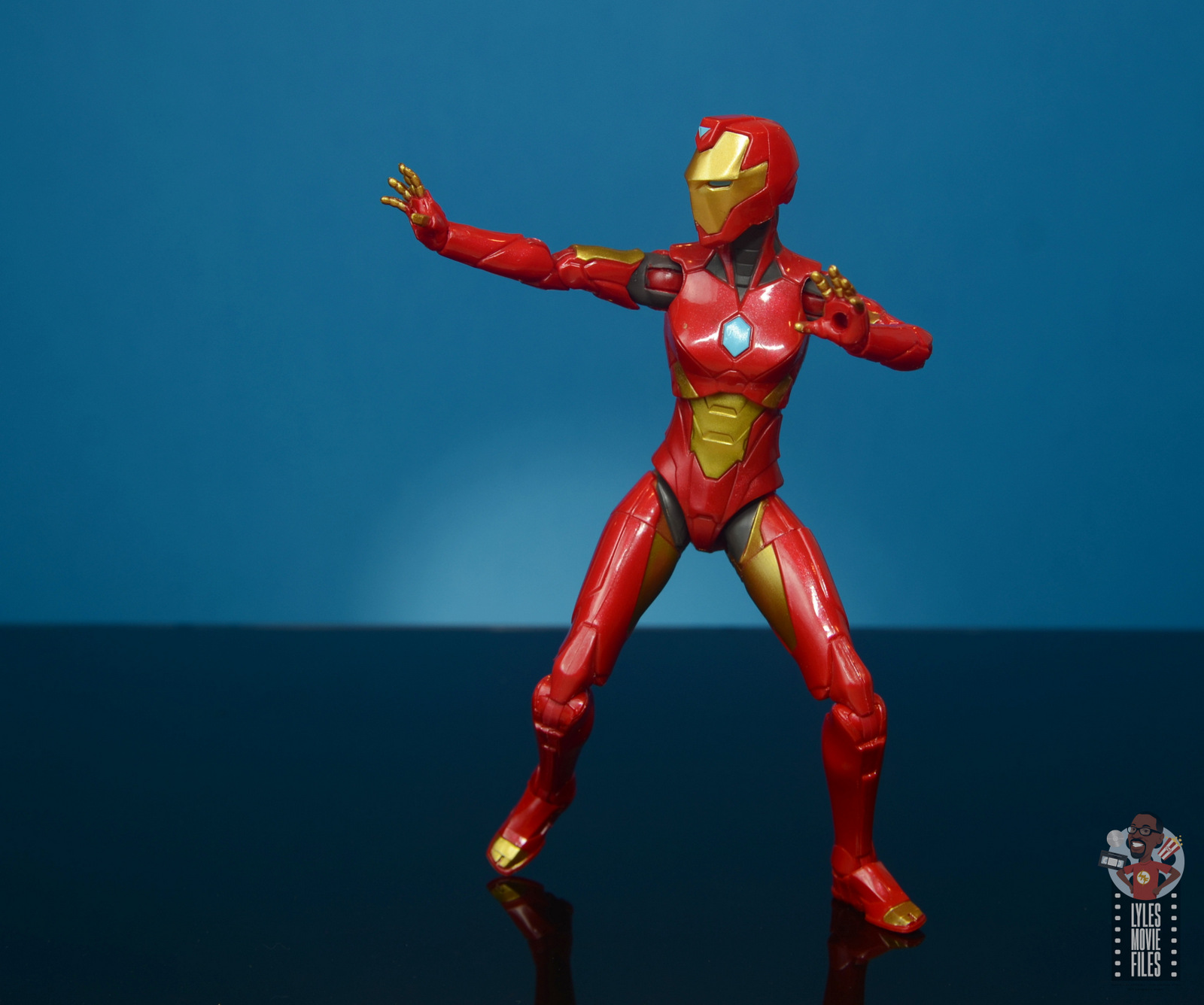 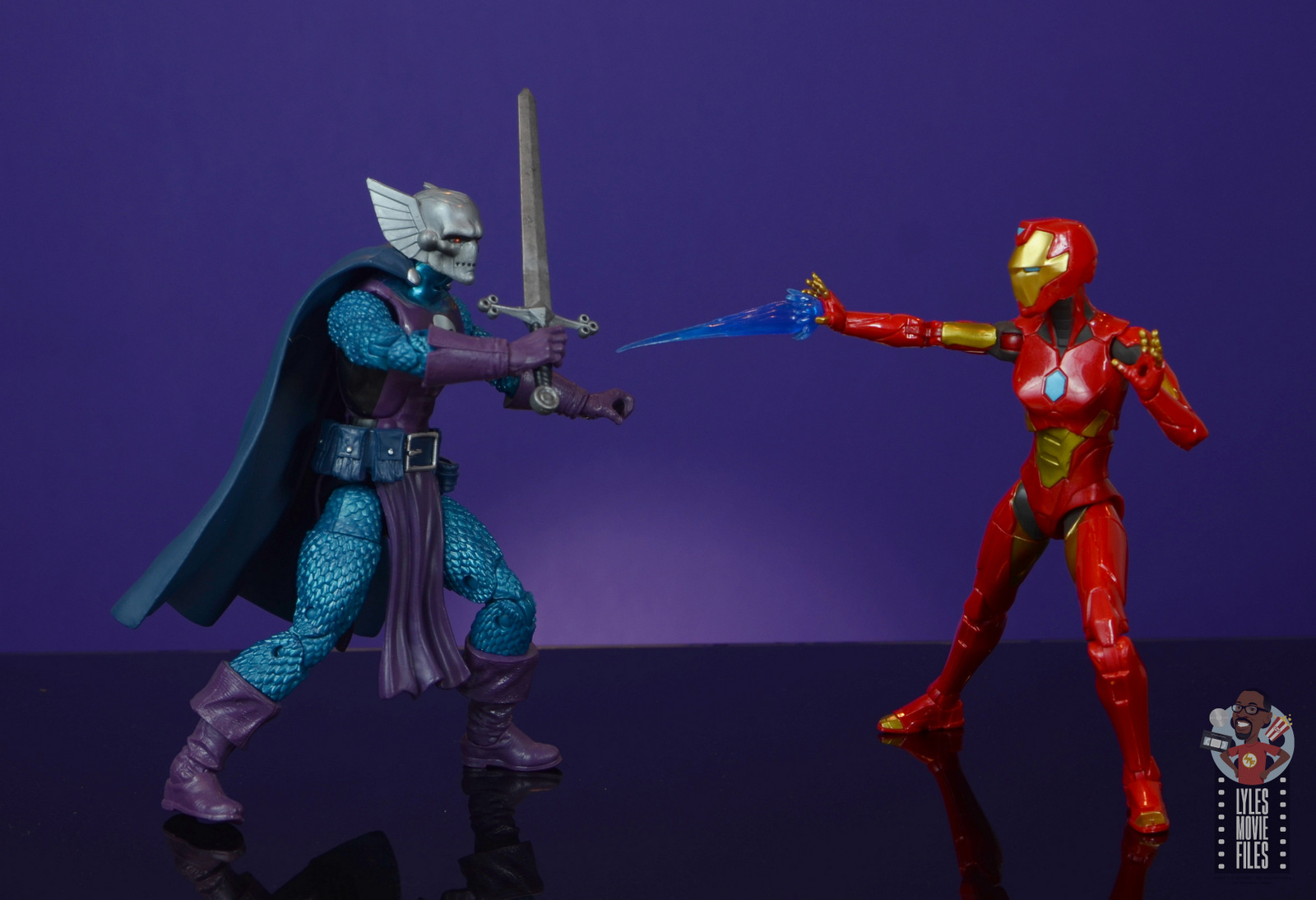 Accessories:  Ironheart comes with a set of swappable repulsor hands. 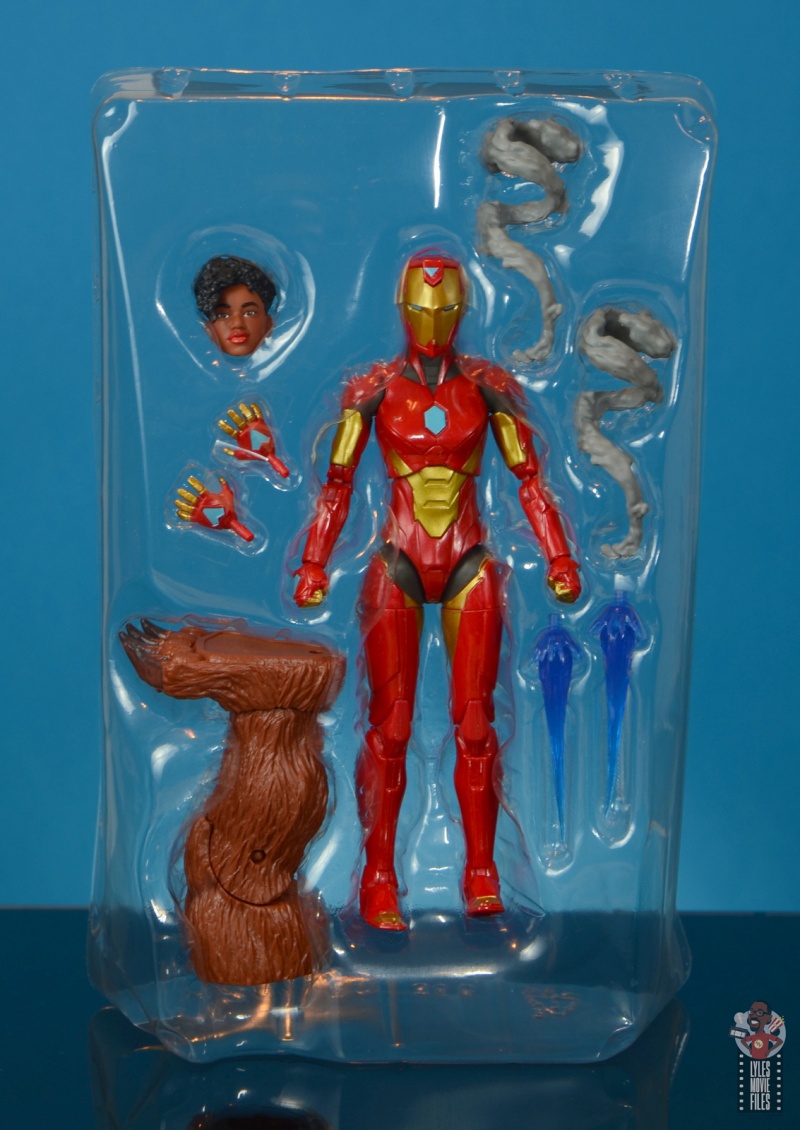 Not surprisingly, due to the smaller hands there’s no articulation at the hinge to move them up and down. She also has smoke trail accessories to wrap around her arms and the included blue repulsor blasts. 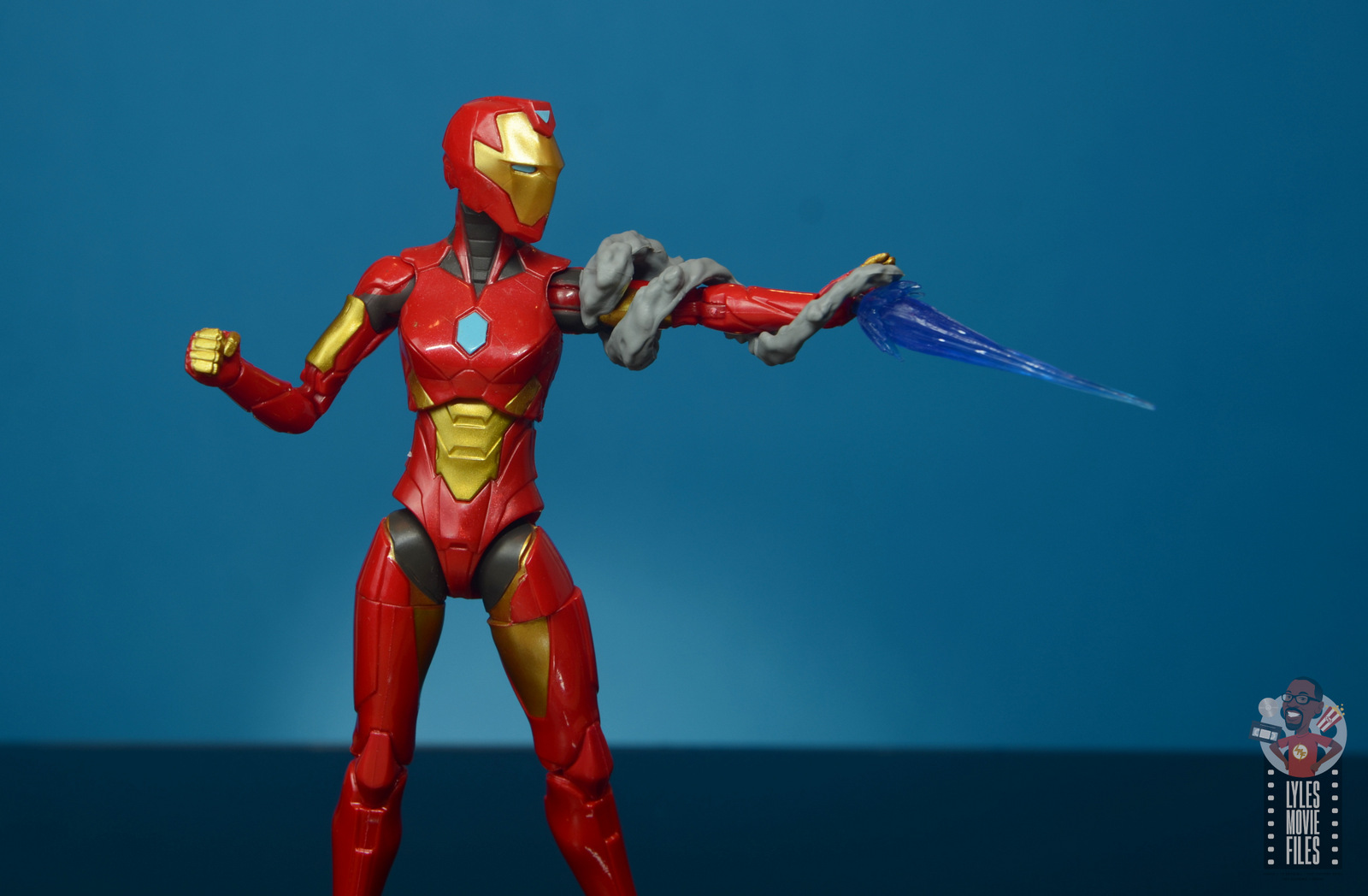 These are a darker hue and they seem a bit longer than the Iron Man blasts for some reason. 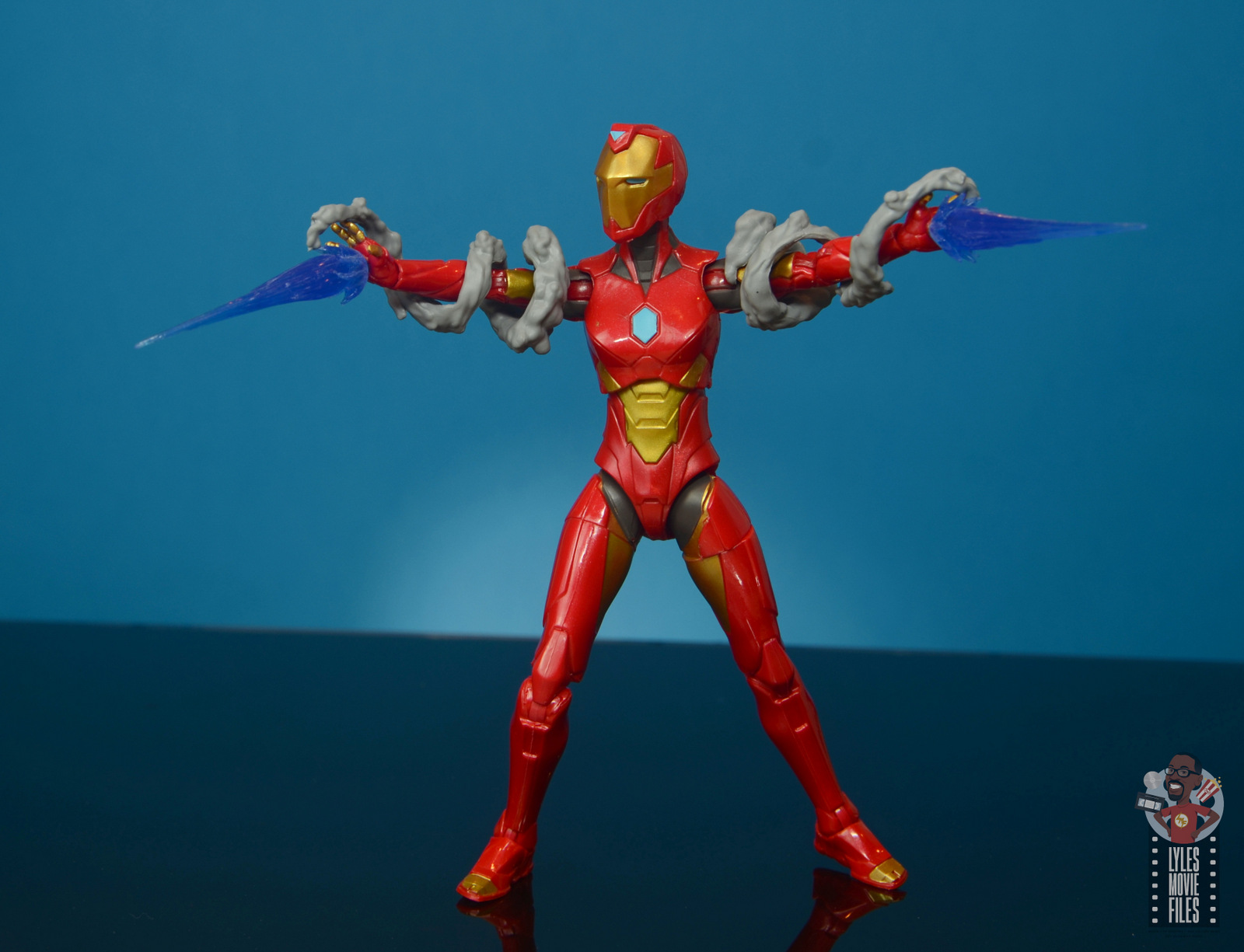 Finally she’s got the right leg of the Build-A-Figure Ursa Major figure.

Worth it?  I picked up Ironheart for the standard $20 price tag. She’s a little slight, but the accessories make up to cover the price. And that’s much better than paying $23 for her. 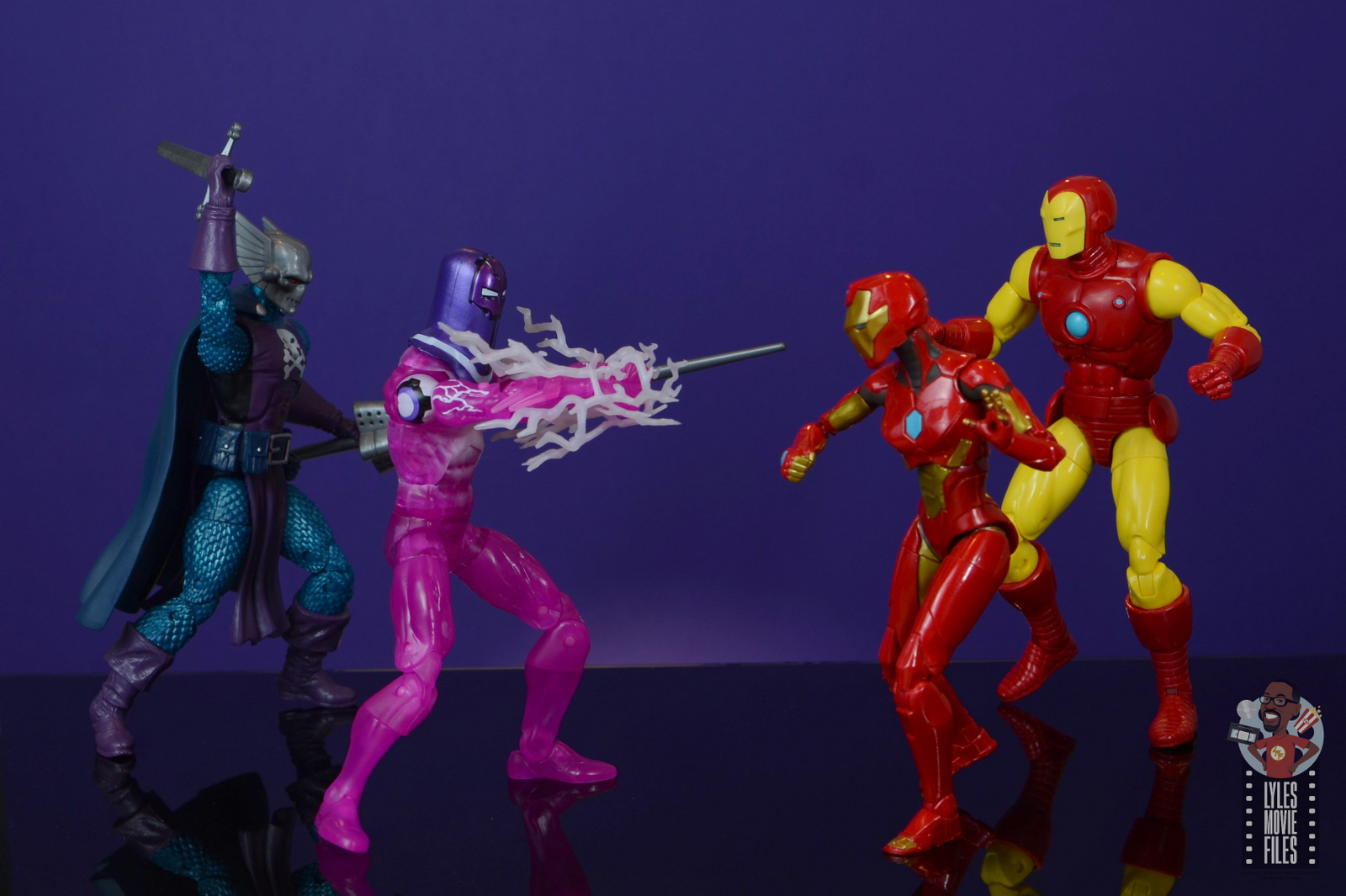 Hasbro did a great job with Ironheart and she’s a great addition to the Iron Man armor shelf or The Champions. 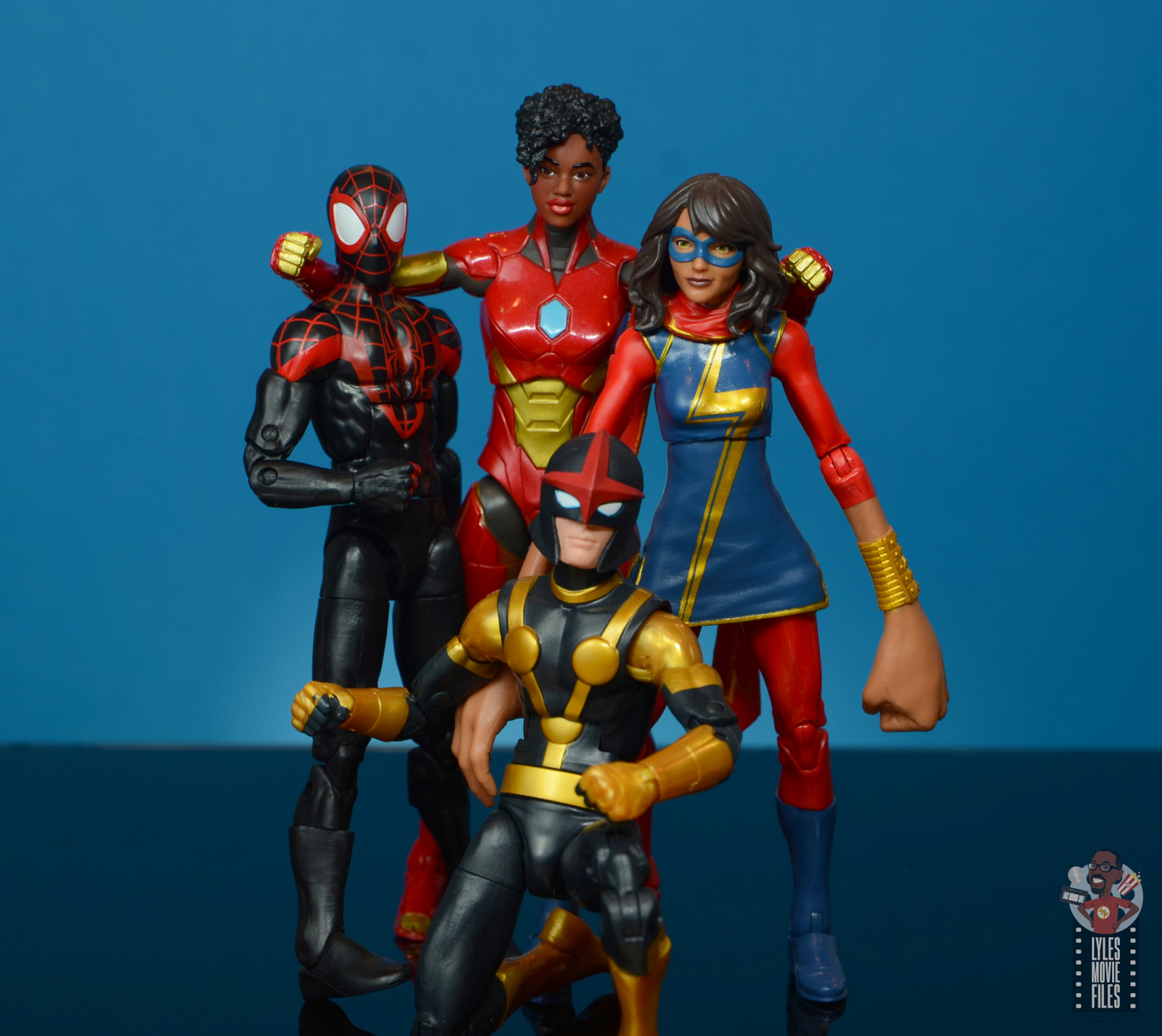 Where to get it?  I got Ironheart from Target, but you can also try Target.com, Amazon and Entertainment Earth.