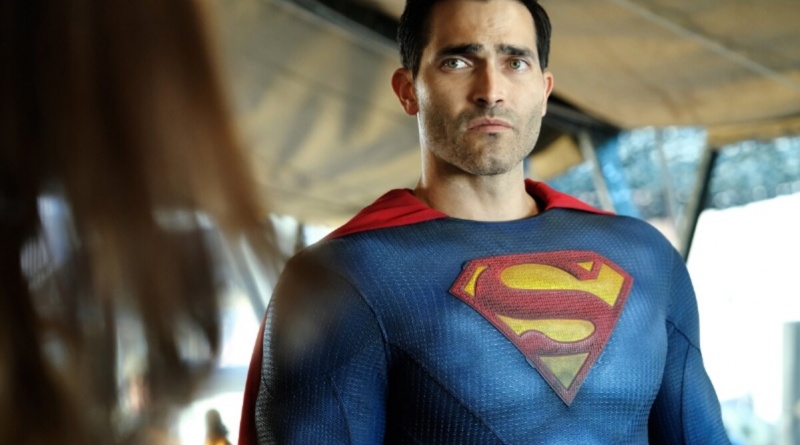 The Eradicator sets the stage for what should be an amazing season finale.

It’s been three weeks since Edge escaped and he’s still sucking every bit of the Eradicator program from the sun.

Leery that another attack is imminent, Gen. Lane still has the DOD in Smallville. This isn’t setting well with the citizens who want this army out of their town going to near riot levels when Lane tries to calm them down at a meeting with the mayor. The Smallville crew seem crazy in this scenario. 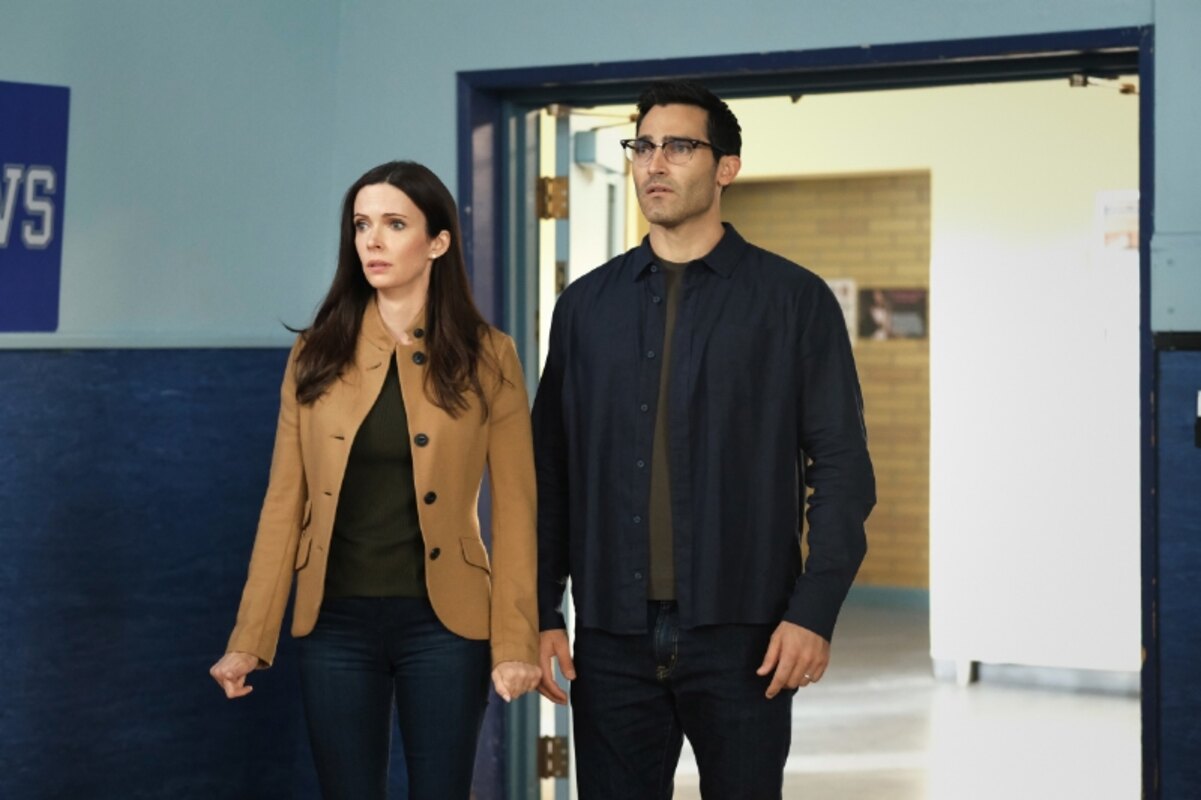 Their town was literally invaded by an alien who pulled a body snatcher deal and they want the army to leave???

Jon and Jordan aren’t bothered by these events. Jordan is getting in quality boyfriend make out time with Sarah while Jon is learning the art of weapons making from John Henry. That’s a heck of an elective.

Lana and her family are trying to sell the house. It’s hard to blame them considering the collective mob mentality going on. Chrissy is helping to lead the charge, but her interests are compromised now that a corporation wants to buy out the Smallville Gazette. It’s amazing Chrissy was able to keep a community paper going this long so it’d definitely be in her best interest to sell. 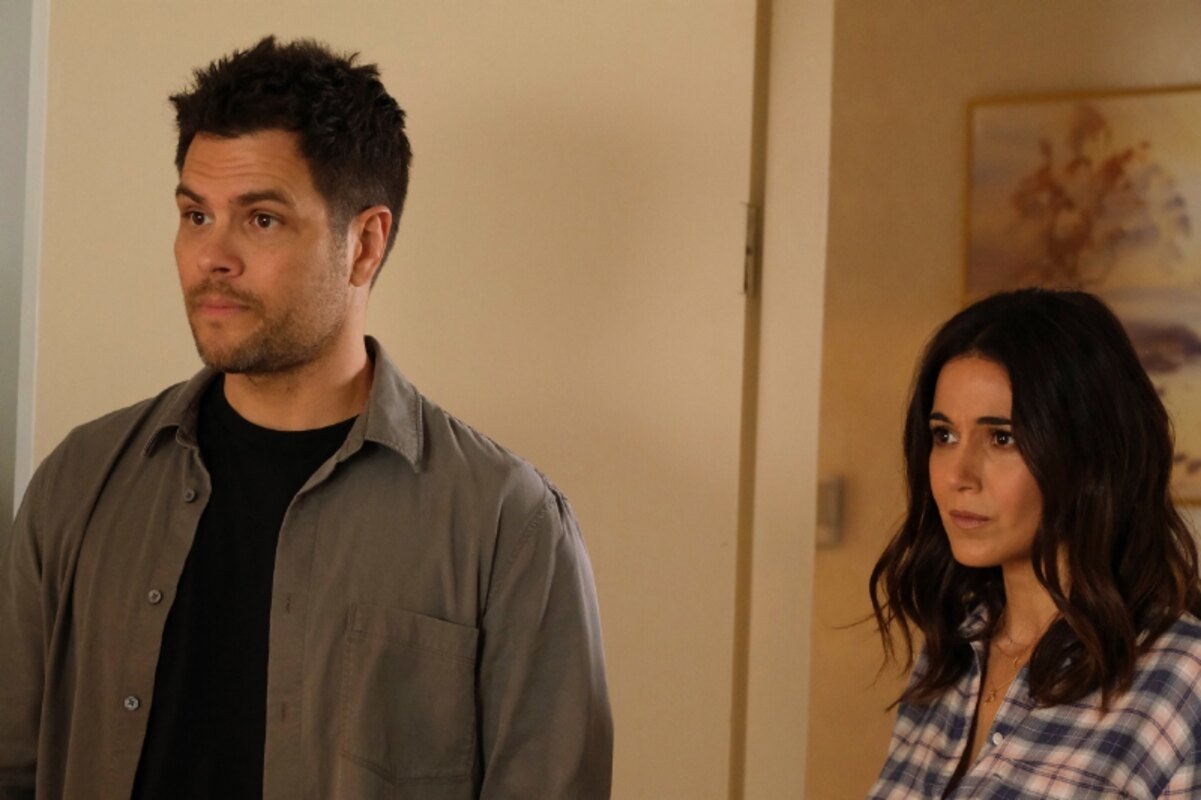 Kyle got a job offer and it’s a much better deal than staying in this dying town. Sarah goes off on her folks and this is the first time the writers forget Sarah is a teenager and not an adult popping off at Kyle and Lana.

Jordan can’t comfort her since he’s hanging with Jon with the football bros. Jon makes some romantic headway as Tegan apologizes and does admit interest in getting to know him better since she can relate to being the new kid in town. This seems like a pivot from the initial take of Kyla as the bad girl taking Jon down a bad path.

For all the fuss, Edge resurfaces in Metropolis with Lara. Edge has far more loyalty to his number one henchman than most villains. Superman and Steel have a face off with them until Edge reveals he’s infected more Metropolis citizens with the Eradicator virus.

Superman deals with the grunts including a fight on Jurgens and Fourth — a nod to longtime Superman creator Dan Jurgens — while Steel tangles with Lara. These were some impressive movie quality fight scenes. S&L has not started off strong only to go into budget cutting mode. These fights and Superman effects have consistently been good to great all season. 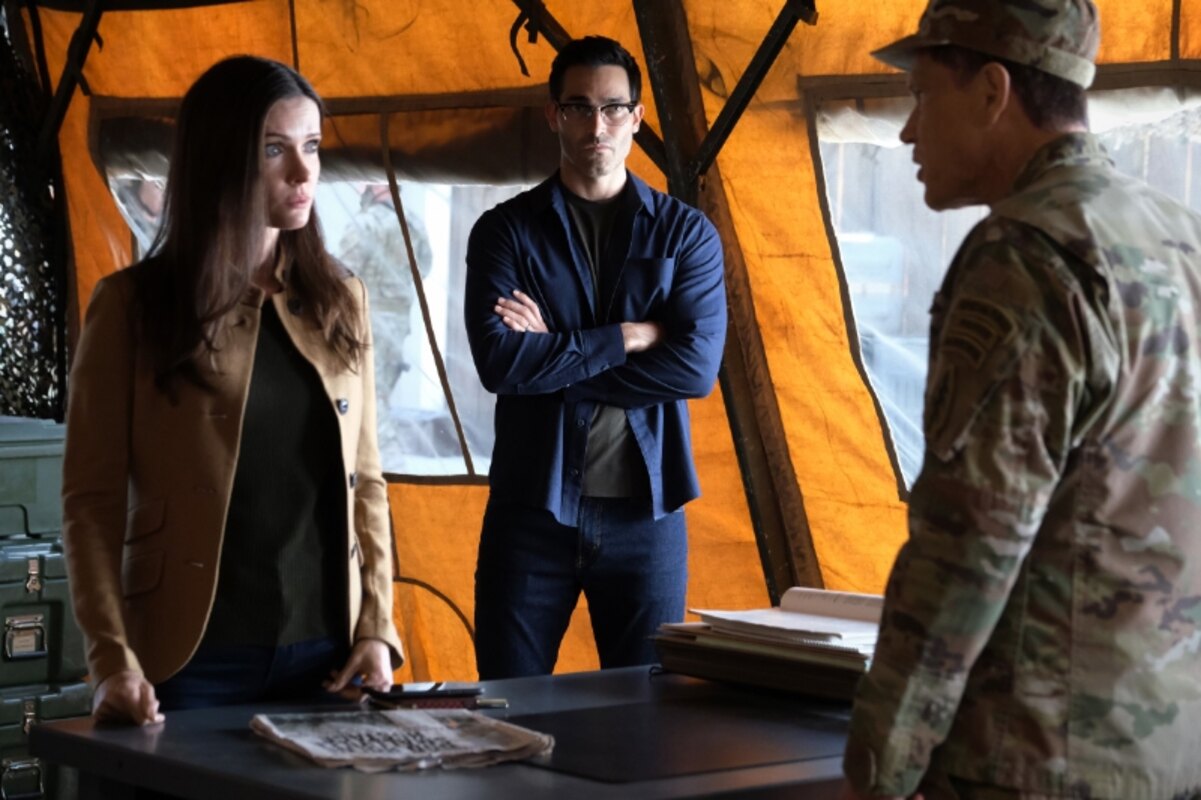 While Superman deals with the puppets, Lara sneaks up behind Lois reporting on a rooftop just like it played out in Steel’s world. This time, Steel has a means to save her and clocks Lara with his hammer. What continues to set S&L apart from other DC shows is that if anyone earned that heroic moment it was Steel, not Superman.

Steel’s not just a hero accessory, but a vital ally to Superman. Hopefully Wolé Parks is a series regular next year as Steel has been a stronger character than expected.

With his minions dispatched, Edge rolls out. Gen. Lane gets the line of the night as he tracks down Jon and Jordan before blowing off a teen asking for details on Edge: “Do I look like someone that gives classified information to drunken teenagers?” No, general. You do not. 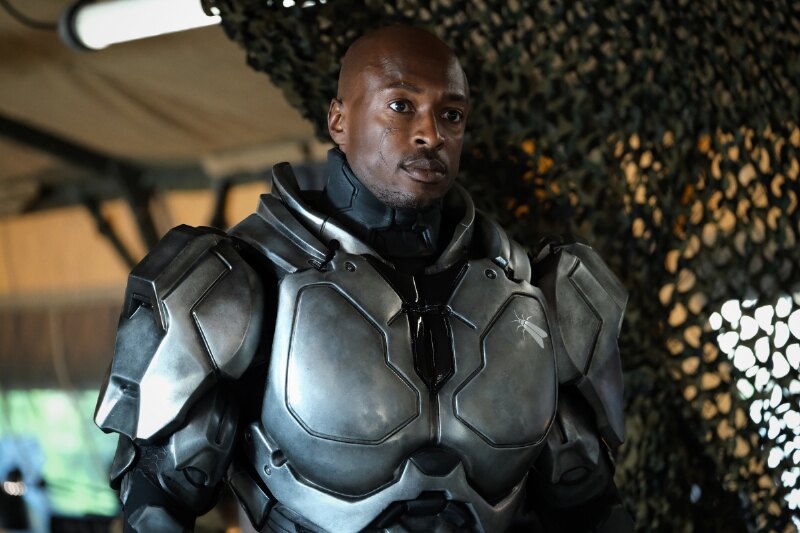 You do look like the best chance for Edge to strike and nab Jordan. Superman tries to locate him, but it’s no use. And the episode wraps with Edge placing his father’s consciousness into Jordan’s body. Well, Jon was an only child in the comics…

The Eradicator was a strong hour of television with movie quality fight scenes and terrific character driven segments. Hopefully the season finale is just as entertaining.