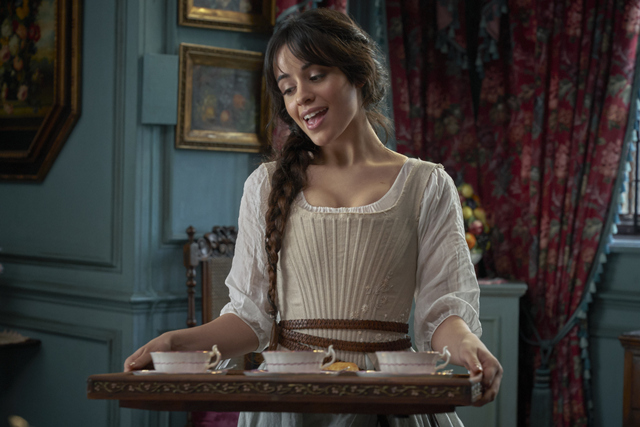 There’s been countless reimagined takes on Cinderella. Some are good, some are as rotten as a pumpkin after midnight. This latest one definitely missed its sell by date with an approach that never magically gels with its traditional setting.

Cinderella (pop singer Camila Cabello in her first starring role) is the caretaker for her stepmother Vivian (Idina Menzel, Frozen II) and stepsisters (Maddie Baillio and Charlotte Spencer). She dreams of being a fashion designer with her own shop, but that’s frowned upon in this era.

Undeterred, she tries to sell her dresses on the street before encountering a disguised Prince Robert (Nicholas Galtizine, The Craft: Legacy). Robert was instantly smitten after seeing Cinderella in the royal courtyard and has ventured among the peasants to find her. 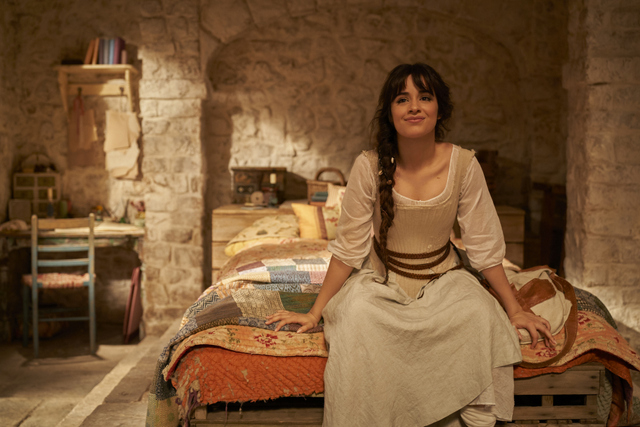 Robert is partially acting on his own agenda nursing his legit crush, but his father, King Rowan (an enjoyably over the top Pierce Brosnan, The Misfits), is pressuring him to choose a bride. He’d prefer not to go down the arranged marriage route. Robert wants to find Cinderella and give her the good news that she’s his choice for his bride/future queen.

While marrying the prince would be cool, Cinderella has to choose between love or her own dream. Women can never have both in these films, huh? Unless…unless Cinderella can trigger a massive societal change in the kingdom and fix an outdated system for the better. 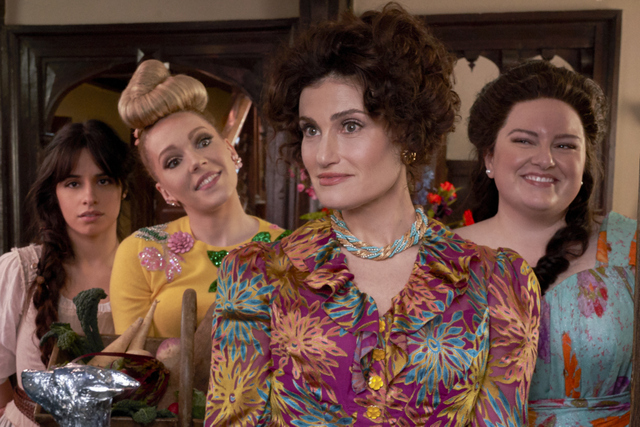 After Disney released its live action version of Cinderella with Lily James in 2015, director/screenwriter Kay Cannon (the Pitch Perfect series screener) had to do something different although this take doesn’t quite work.

Cannon’s script strikes back against the traditional setup of fairy tales with a woman wanting to be rescued by a dashing prince. That’s a noble goal yet it comes at the expense of making all the dudes come off boorish and stupid. There’s a smugness in letting young girls they really can do anything. In the Insta-influencer culture, this feels like preaching to a choir already making boss moves.

In shifting significant portions of the established story to give Cinderella a voice some of the magic is gone. The stepsisters aren’t nearly as wicked and are hardly the tormentors that make Cinderella’s life miserable. Vivian has a legitimate, though misguided, reason for being occasionally cold to Cinderella so she’s not all that evil either.

This places the onus for exhibiting nasty behavior on King Rowan, who seems written to be a case study of toxic masculinity. It’s amazing that in a film where magic turns mice to men that the most unbelievable aspect is Rowan having a change of heart.

Robert is so dull and written with a heavy dose of fratboi vibes it’s hard to see how Cinderella would be interested at all. 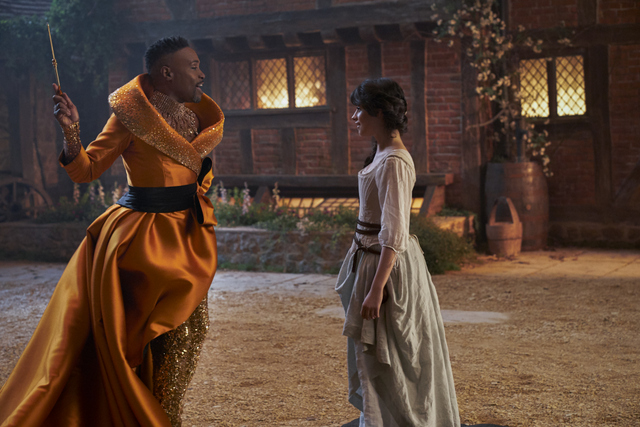 Cannon’s approach makes it difficult when she’s forced to include the essential aspects of the fairy tale like the glass slipper, the three friendly mice turning into her stagecoach men (James Corden, Ramesh Ranganathan and James Acaster) and the encounter with the Fairy Godmother Fab G (Billy Porter bringing some much needed spark to the film).

They feel obligatory and less vital to the story when Cinderella’s main purpose for attending the ball is to get the financial backing of some of the wealthy guests.

The film features classic and contemporary pop songs like Material Girl, Rhythm Nation, Am I Wrong and Whatta Man. This doesn’t prove to be the best strategy as Cabello’s tinny voice isn’t well suited for all the songs on the playlist. Poor Galitzine’s first song feels like a setup as he’s asked to channel Freddie Mercury while singing Somebody to Love. The results aren’t pretty.

The subplot of Robert’s sister Gwen (an amusing Tallulah Greive) being more interested in ruling comes on the heels of a similar storyline in Coming 2 America.

Cannon wants Cinderella to be the hero of this story, but Cabello doesn’t have the range or experience yet to offer any depth beyond the script. Queen Beatrice (Minnie Driver reuniting with her Goldeneye co-star Brosnan), already seems written as the more challenging authority character.

Beatrice is hardly demure and constantly questions Rowan’s decisions. If anything, Beatrice would have been the character to bring this seismic change to the kingdom long before Cinderella entered the picture. Driver shows what’s possible with subtle gestures like a raised eyebrow or tilting of the head that says so much without words. 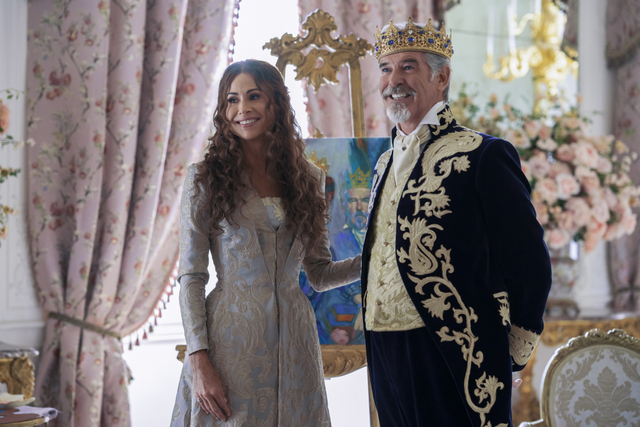 It felt like Cannon had a more engaging premise. Imagine Driver playing an older Cinderella dealing with an out of love prince turned king Brosnan.

Despite the plot challenges, Cannon does a fantastic job of giving the kingdom a vibrant presence with wide sweeping overhead shots. The best musical numbers feature well laid out cuts of various characters in different settings singing the same song. Costume designer Ellen Mirojnick (Bridgerton) provides exquisite gowns and royal attire. The only dodgy visual effect with the film are the CGI mice. 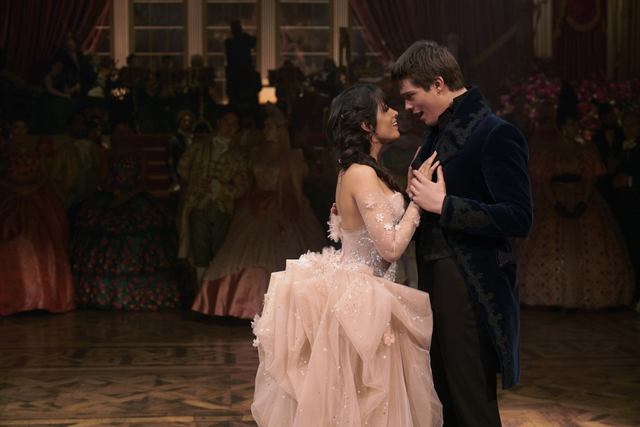 The modern songs don’t flow all that seamlessly and the leads aren’t nearly as fun as the supporting cast. Maybe making a fairy tale with modern ideologies wasn’t as smooth as fitting into a glass slipper after all?

Cinderella debuts in theaters and Amazon Prime on Sept. 3.