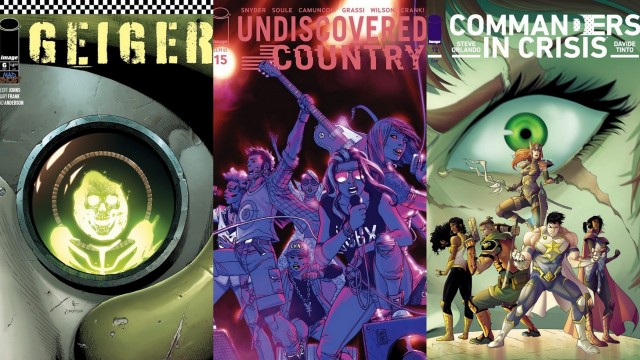 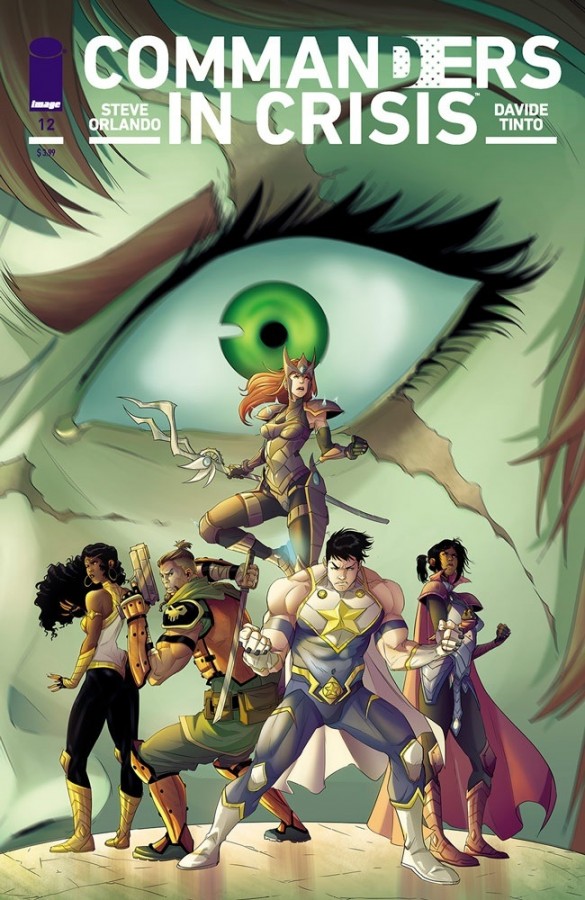 Commanders in Crisis wrapped its (initial?) 12- issue maxi-series in unconventional fashion. The sepsis was coming to overtake Earth-Z and the Commanders were out of viable ideas. Instead, they placed the future of Earth in the hands of its inhabitants.  If they failed to reach a consensus, it’s bye bye Earth.

Writer Steve Orlando intentionally crafted this conclusion in a different fashion from the usual big, epic throw down. The last few issues provided the big battles. This finale needed something different. It’s hard to say this made for a disappointing conclusion as Orlando wanted to do something that didn’t have the same cliché resolution. In that regard it was a success.

Still, it felt like some subplots and intriguing concepts didn’t truly get resolved. Maybe Orlando was leaving something on the table for another maxi-series? In fairness, without news of a series continuation, this issue has to be treated like the finale. It creates some questions about the early pacing of the series and if Orlando could have used early issues to better establish the characters and main conflict.

Artist Davide Tinto delivered his usual high energy, beautifully rendered pages. Tinto’s pages have a liveliness that’s difficult to replicate and has a one of one style.

Francesca Carotenuto and Francesca Vivaldi’s color work is stunning with a concentrated effort to avoid casting the art in gloomy, depressing colors hues. It’s a subtle reflection on the theme of this issue.

Orlando seemed to tease a potential future direction with Frontier. Hopefully that tease does lead to more installments of the Commanders in Crisis as this is a team and world definitely worth revisiting.

Pick up Commanders in Crisis: Vol. 1 – The Action from Amazon.