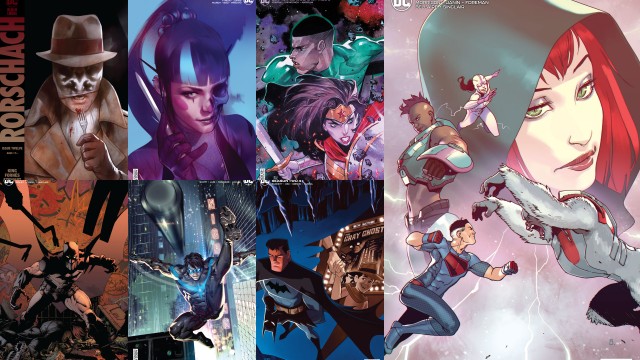 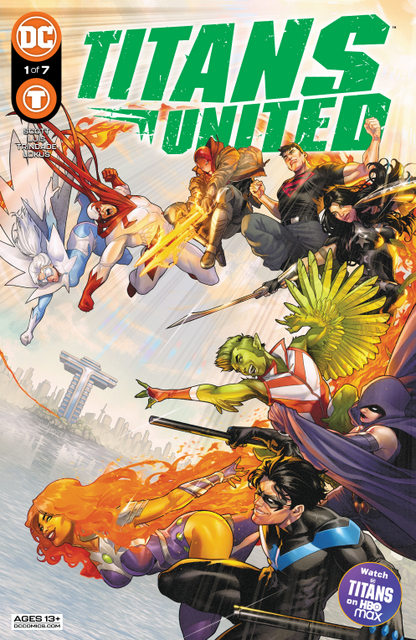 From the better late than never department, DC finally releases a Teen Titans book based off the Titans TV series. Of course due to ever shifting DC continuity this book has to take place in its own reality. Maybe Earth TV?

Writer Cavan Scott has the tough task of establishing a bond between a team of Titans featuring Nightwing, Red Hood, Superboy, Donna Troy, Starfire, Raven and Beast Boy. That’s an impressive assemblage of Titans with Superboy and Red Hood being the outliers.

While this is the TV team, the personalities and powers are more in line with the comics. Beast Boy can actually change into more animals than a tiger and Donna can actually resist something more powerful than a light pole.

The team fights a random dude on the street who suddenly starts exhibiting some familiar abilities. Scott uses the fight to show the Titans’ teamwork and their personal dynamics. It’s largely as expected save the tension with Red Hood and Superboy.

Titans United is off to a slow start, but Scott has a good enough feel for the characters that it should play out well. With Luis’ confident art, this has the makings of a solid TV spin-off mini-series.